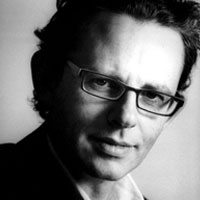 The most difficult issue about working with this building was the integration of the sculpture. On this project I operated as lead designer in collaboration with McQueen himself and…