Architype presentsParks, Pavilions, and Public HealthThere is a drastic public health problem in America.  Our auto-centric, sedentary lifestyles and bad eating habits have created a nation with 75 percent of the population expected to......
More » 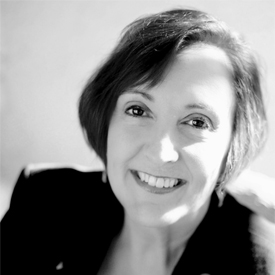 Growing up in the metropolitan Washington, D.C., area, Susan M. Hatchell, FASLA, was greatly inspired by the monuments, parks, and public spaces that speak so symbolically to the American spirit. The National Mall, the Tidal Basin, Dumbarton Oaks, Rock Creek Park, and so many other places instilled in her a love of great public spaces and how people use them.

Graduating during a tough economy, it took her a while to land in the right job. Eventually, she found the dream job of planning, designing, and building parks as a landscape architect at a county park department. She opened her own firm in 1994, designing parks, universities, and downtown plazas and streetscapes. She is responsible for marketing, negotiating contracts, managing design and construction projects, bookkeeping, and managing personnel – life as a small business owner is never dull. She taught landscape architecture as an adjunct faculty member at NCSU and continues to be actively involved on the Advisory Board and as a mentor and friend to students, always finding the students’ excitement and enthusiasm is so refreshing and invigorating.

She served as secretary, president, and trustee of the ASLA North Carolina Chapter and gained much satisfaction from working with colleagues toward common goals. She was chair of the ASLA Public Relations Committee, Professional Interest Groups, Chapter Presidents Council, and Chapter Initiatives Program. She also served on the ASLA Public Relations and Communications Advisory Committee, Emerging Professionals Committee, Nominating Committee, Leadership Development Committee, Strategic Planning Committee, Awards Jury Selection Committee, and on numerous community committees and awards juries. She was honored to be inducted as an ASLA Fellow in 2001, and served as ASLA vice president of membership in from 2007 to 2008 during a time of increased growth in membership and leadership training.