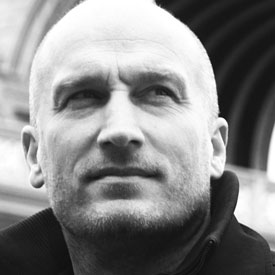 The key challenge was to turn an unglamorous functional building type, indeed one that had blighted the perception of Slough in the past, into a new landmark and gateway building. We did this by questioning the model of a bus station as an enclosed box. Instead we created an urban sculpture that resolved pedestrian permeability issues by providing a clear, safe, weather protected route between the existing railway station and the town centre. Therefore the building provides a new perception changing, public transport interchange that marks the beginning of Slough’s regeneration.

We won the commission in limited competition. From that point our role grew to encompass public realm, master planning and expanded beyond design. Regeneration projects are very complex politically, economically and physically. Bblur architecture was best placed to have an overview of all issues affecting the town centre regeneration. Our in depth knowledge of Slough and our collaborative attitude enabled us to become very involved in the extensive negotiations between client and other stakeholders in order to get the project to actually happen. We believe the fundamental role of an architect is to create relevant, exciting designs with our design team collaborators which inspire the client, authorities and the public to propel the project through the often challenging process of realizing architecture.

We think public buildings have an important role in creating legibility within the urban fabric by becoming orientation points. Our concept for the Bus Station was driven by the desire to create a sculptural object with a distinct identity as a gateway to Slough. Picking up on William Herschel’s, (Astronomer Royal who lived in Slough) work on the electromagnetic spectrum we devised a form for the canopies that reflected different wavelengths. The form and material of the building is curved in every direction creating a textured skin that changes character under different light conditions. We were able to realize the complex geometry and set out issues of the project by fully modeling the scheme in 3D both physically and digitally. This ensured that at all stages of the project there was confidence in the design by enabling us to demonstrate to the client and contractors that the geometry was able to be achieved using standard building technology and components in a cost effective way. These models were then passed onto subcontractors and used as the base for building.

As young architects in a young practice we understand the excitement of exploration that academia gives students the opportunity to pursue. We formed bblur architecture to continue the exploration of what is possible in the real world. The constraints imposed by economics, technology and politics on conceptual ideas are usually seen as negative, however they should be used as tools to refine and sharpen ideas so as to ensure those that are built are strong and relevant. In a world where anything is seemingly possible our role is to ensure what is achieved is worthwhile.

Architype Review thanks Matthew Bedward for his interview and for contributing to this collection of Architype Dialogue.