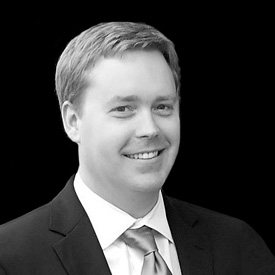 1. How have trends or evolutions in the design process, technological advancements, and/or societal issues inspired new thought and solutions for this building type?

Traditionally, parking structures have been viewed as very utilitarian building types, contributing little aesthetically to the urban landscape or environmental sustainability. As part of a natural science museum and research center, The Green Square Parking Deck sought to elevate the utilitarian nature of parking decks in terms of the design, function, and sustainability. The design team asked the question, “Why can’t a parking deck contribute functionally, sustainably, and aesthetically to its context in addition to providing car storage?”

2. What was the most difficult issue(s) or the most unexpected challenge(s) that may have influenced new thought and design parameters in this specific project?

The design team’s central challenge was to rethink this traditionally utilitarian building type as an opportunity to create a sustainable and innovative facility that also strove to contribute to the urban fabric both functionally and aesthetically.

Proximity to the Green Square Complex influenced the project team to consider sustainable measures during initial project meetings. The team realized they could take advantage of the site orientation, solar exposure, and height of the parking deck by covering the top level of parking with an array of photovoltaic cells. The result is a 250kw photovoltaic array consisting of 960 solar modules, supplying collected solar energy directly into the power grid. Enough energy is collected annually to power 3000 homes per year. The PV array doubles as a sunshade for the top level of parking, which is typically exposed to direct sun and the elements, making the roof a more attractive option for parking.

Another unique feature is a 20,000 gallon cistern that collects rainwater from the parking structure. The budget that would have been required to deal with storm water runoff and treatment was instead allocated toward an innovative alternative where water is collected and stored in the cistern and used by grounds maintenance crews to irrigate Government properties around downtown Raleigh. The cistern is located at a prominent corner where it is visible to passing vehicular and pedestrian traffic.

3. Did this project and working on this building type expand or evolve your role as an architect in any way? In general, do you feel that the role of the architect is changing on current projects?

This was one of the first projects that our design team used live 3D models during design meetings and presentations to the client, stakeholders, and consultants. We discovered very quickly that the live models were extremely successful in conveying the design concepts and spatial arrangements to stakeholders that had limited prior experience in reading architectural drawings or renderings.

The models became the main design communication tools to explain most aspects of the design: siting, orientation, massing, materiality, spatial arrangement, etc. The models also became the primary communication tool for working sessions during the design and construction phases of the project. They could be easily manipulated in real time during team meetings with multiple design disciplines and construction trades. Again, this was an extremely useful tool in capturing the design intent and clearly conveying design solutions to the entire team. This method of using live 3D models has now become a standard practice within our office.

4. In the context of this project, how is your office and design process being influenced by current trends in academic curricula and incoming young architects? In turn, how are current projects and new processes guiding the ongoing reformulation and development of academic curricula?

The role of technology within the design process has forced a dramatic shift in our architectural practice over the past 10-15 years. BIM and 3D modeling/rendering have taken a traditionally vertically organized practice and made it much more horizontal. This has been particularly advantageous to younger staff and recent graduates. Rather than being relegated to roles as design support or production, these team members have taken on a much greater role in developing the design methodologies using new technologies — BIM, parametrics, visualization, construction services, etc. As such, younger staff and recent graduates are far more empowered than previous generations to take on major contributing roles in the design and construction process.