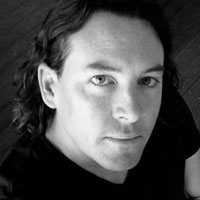 The greatest challenge for the project was realising the collective expectations of the school community and the project team within the extremely tight budget of less than A$ 300,000. The project required continual design evolution from even our modest initial concepts and direct budget management with the contractor. This process further reinforced our belief that inspiring and dynamic spaces and buildings are based on ideas rather than the perceived prestige of materials or the excesses of complex detailing for its own sake.

The project further illustrated our need for us to conduct dual roles with the project. Firstly as a listener to the needs and expectation of a community of people while also a protagonist in terms of directing the process towards physical manifestation which is well outside the groups expectations and personal experiences.

While we don’t see the role of the architect changing significantly we are encouraged by the degree to which the architects are regaining the role of leaders within teams a collaborators on projects we admire.

Also, while the traditional roles within the project team may vary significantly across projects, our roles has also expanded into other parallel fields of design in the physical and digital realms. The degree of accessibility of parallel design fields has never been greater and our involvement in various fields as has aided our architectural pursuits.

This building is low tech in terms of built fabric and digital infrastructure. We design in a fashion that employs technology to supplement the general arrangement and the formation of spaces rather, than be generative in the inception or fabrication.

The materiality is very traditional and in many instances is produced or sourced within the locality. The dry pressed bricks are sourced from lincoln brickworks on the edge of town and the timber is sourced from the local timber mill who selectively harvested from the hills in the Wingham hinterland. In the case of the bricks, the combination of proximately to supply from fabricators who utilise renewable fuels in their low carbon emission facility, is an example of the type of ‘technology’ we seek to employ in our architecture.

Educational technologies in the form of smart-boards and internet enable devices are also accommodated in this library, which can be reality upgraded as time demands.

We strive to create dynamic spaces which employ the ‘loose fit’ principle. We have designed a simple and flexible rectangular spaces which allow evolutions in academic curricula to be accommodated with the new facilities. This removes the need for changes in academic curricula to result in alterations to the built fabric which would become an unnecessary burden on a small school community.

The feedback from the school community has been overwhelmingly positive where teachers, students and parents alike have expressed their delight with the result and described the spaces in positive emotional terms that may normally not be attributed to educational facilities. It is this positive emotional connectivity with spaces and in particular learning environments for which we most energetically strive.