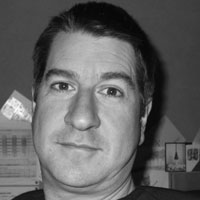 The design of Agave Library was shaped by a challenged site and a challenged budget. The site was left-over parcel between a strip retail development and a single…

The design of Agave Library was shaped by a challenged site and a challenged budget. The site was left-over parcel between a strip retail development and a single family residential neighborhood. The city bought the land cheap because it was worthless for retail as it is hidden behind the strip development. Visibility and public recognition was a primary concern.

Agave Library was the last of four libraries built from a cultural bond and the previous libraries ‘borrowed’ from the funds to meet cost overruns. Because of that, the construction budget that Agave Library began with was significantly less than the preceding libraries. Designed and built in a time of rapid cost escalation, designing the library on a challenged budget was a primary concern.

Together, these two factors lead us to solve them simultaneously, with one move. In the tradition of banks, post offices, courthouses, and city halls of fledgling western frontier towns, whose dignified, yet paper-thin street façades belie their utilitarian construction behind, Agave Library’s ‘false front’ mediates between its two realities: one of a modest budget, the other of the civic presence expected in a public institution. With its torquing false metal scrim curving along the site’s eastern edge of 36th avenue, the Library’s ‘cowboy front’ gives scale, presence, and distinction commensurate with its position in the community.

Not in the least. Our role in this project is very much in line our practice of being very hands-on with a builderly approach to our work from conception through construction. We had a very positive relationship with the client and contractor, with all parties working in lockstep toward the betterment of the project on its many levels of success.

Our role and relationships in projects is constantly evolving in subtle ways. Not so much what we do or what we deliver, but how we do it and how we communicate our ideas and intentions.

Ideas for our work come from many sources. Always central to our work is purpose… the extension of function or utility into a deeper and more deliberate connection between the building, the place (physical and cultural), and the user. Agave Library is a new model of branch, or community, library.

As the Phoenix Public Library’s new service strategy for future libraries, Agave Library is the first library in the Library system to be designed for a single service point. This requirement shaped the design significantly as it required visibility to all public areas as well as easy access to self check-out and public computers.

The design of the service desk was critical to its success. The desk is an 18′ x 12′ elliptical form, split near its ends with two access points. A complete form: square, round, elliptical, or otherwise, eliminates the ‘back of desk’ security issue. Two access points gives the librarians easy egress in case of an intruder. The western half, facing the entry and self check, is counter height. The eastern half, facing the computers and adult collections, is desk height to accommodate accessibility requirements. This allowed the western half to remain at 38″, a more comfortable height for standing customers than the 34″ ADA required height. Similarly, 30″ is a more comfortable height in a wheelchair.

The service point is not signed. It is positioned at a central location, clearly visible from the entry, under three large skylights lighting the desk and the public art piece hanging over the desks.

The self check-out counter is custom designed with slots and receptacles to sort the Library’s ‘quick cases’ and holds paper and rubber bands. A custom ‘bar pattern’ is etched in the Corian solid surface counter to reinforce the ‘sweet spot’ in the 3M RFID checking system. This allowed us to mount the pad under the counter to keep the surface clean as well as helping minimizing customer confusion and librarian assistance.

As clear and logical as the Library’s organization is, it is well signed with fun and inventive aluminum and neon lit signage. Although not required, all signs are bilingual Spanish/English.

Equally important to the librarian’s life in the public realm, Agave’s back-of-house is designed as a comfortable, efficient, and logical work environment.

Agave Library is the only library in the Phoenix Public Library to have a window and view at every workstation in the work rooms.

Through many trips to the Phoenix Public Library system’s exemplar workrooms and sort rooms, Agave’s sort room is designed to set a new standard in ease of use and efficiency. Almost without exception, a library’s book drop and check-in/sort are not adjacent for efficient use of space. Check-in/sort needs space for bins and book trucks: empty, full, and in process. The book drop needs to be in a convenient and accessable location for the public, most often at the entry. Agave Library’s check-in/sort is designed as an efficient work environment, requiring little walking to reach all bins and book trucks. It is connected to the book drop by a conveyor belt, activated by an electronic eye on the book drop door. Staff do not need to continually walk to the book drop like every other branch we visited.

Academic curricula has no influence on our work other than the way it shapes our world. As our world and culture evolves, so does our work. We are not interested in trends and possibilities that are merely self-indulgent. Our work and design process is evolving with current tools available to us. Yes, digital modeling and parametrics play a role alongside drawings, sketches, and physical models, but in no way are they a substitute for them and in no way are they a generator of form.

I hope that our work resonates with students and teachers as an affirmation in the architect’s role of building cities and spaces that spark our imaginations to create a better world.