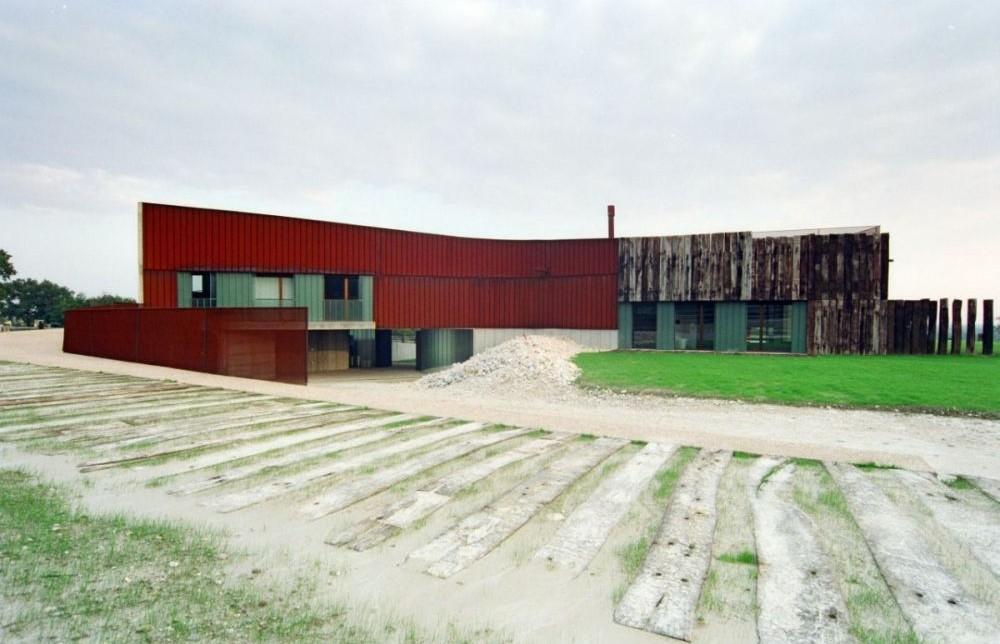 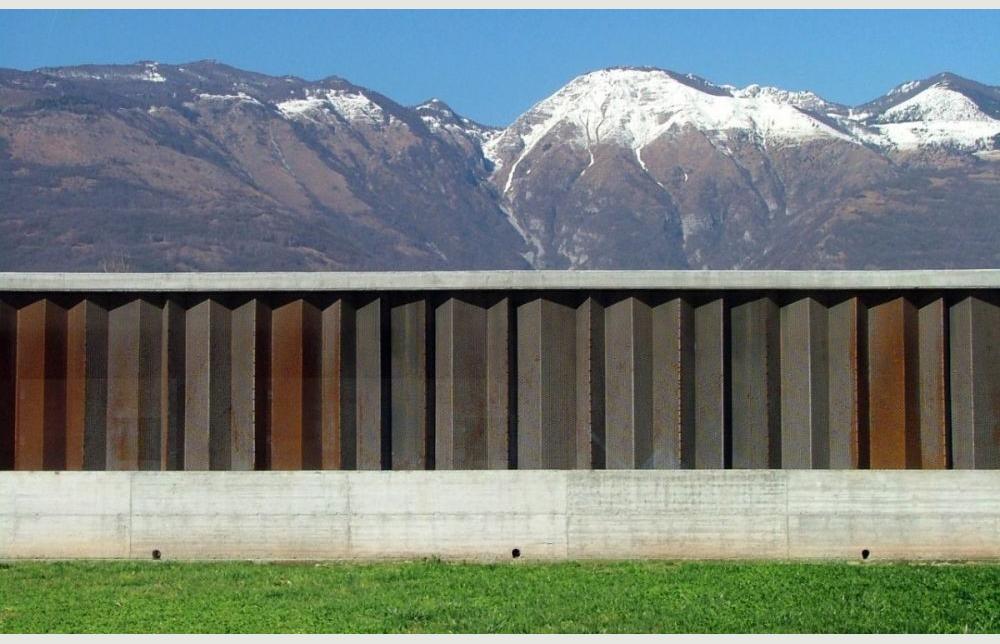 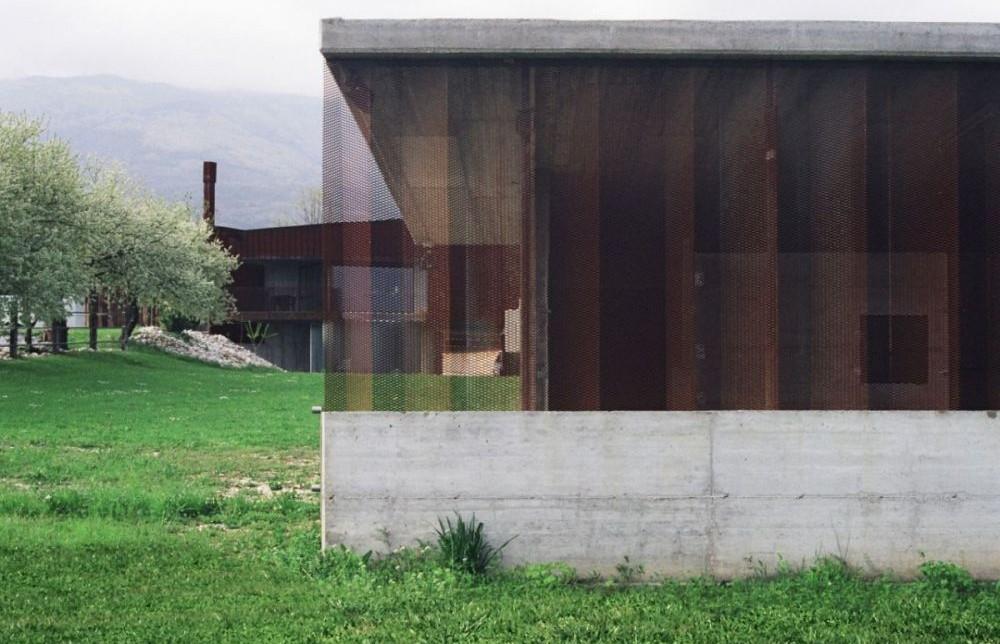 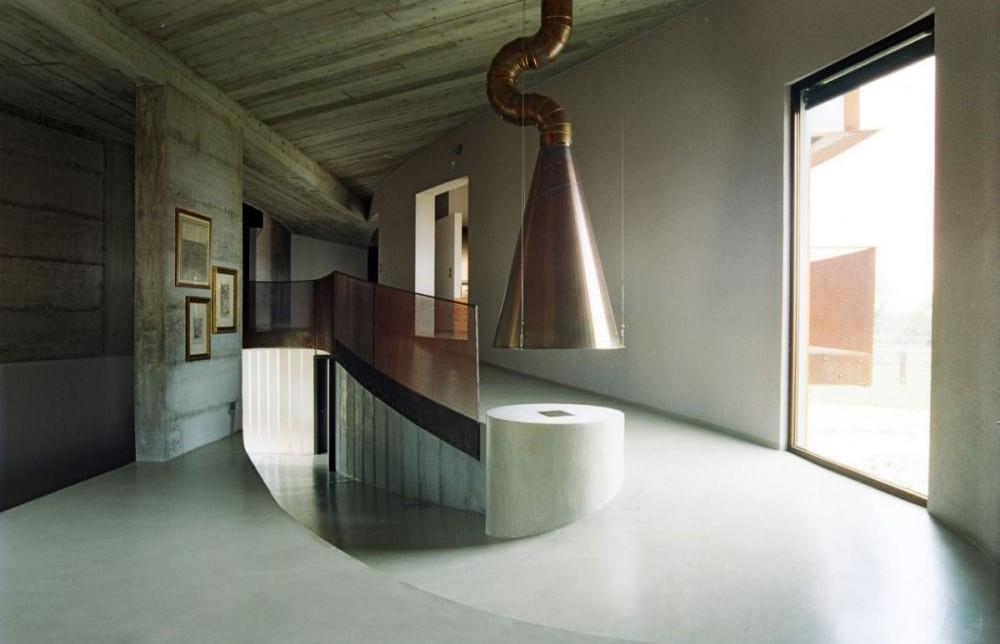 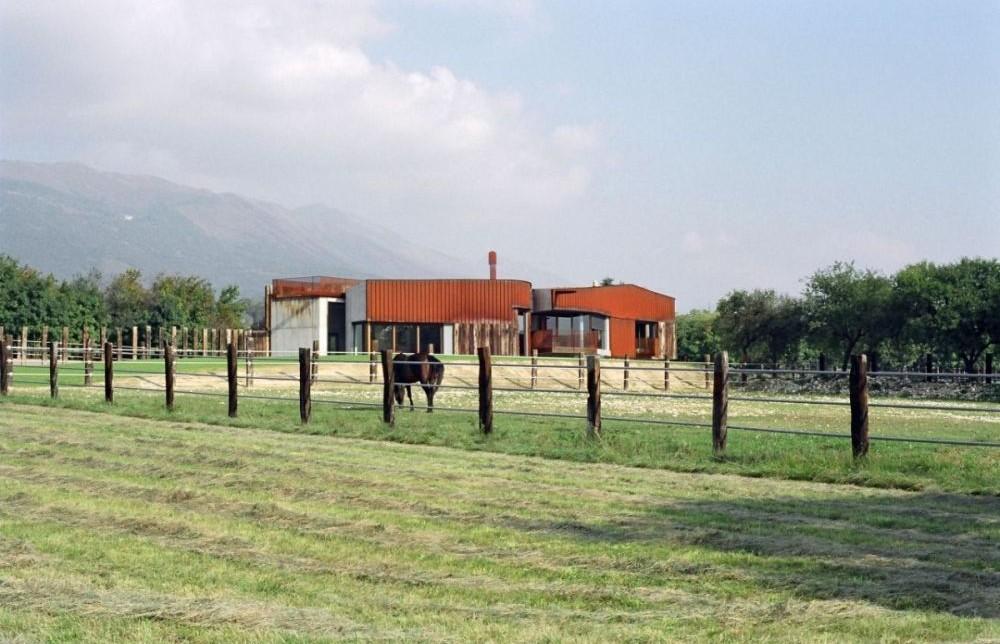 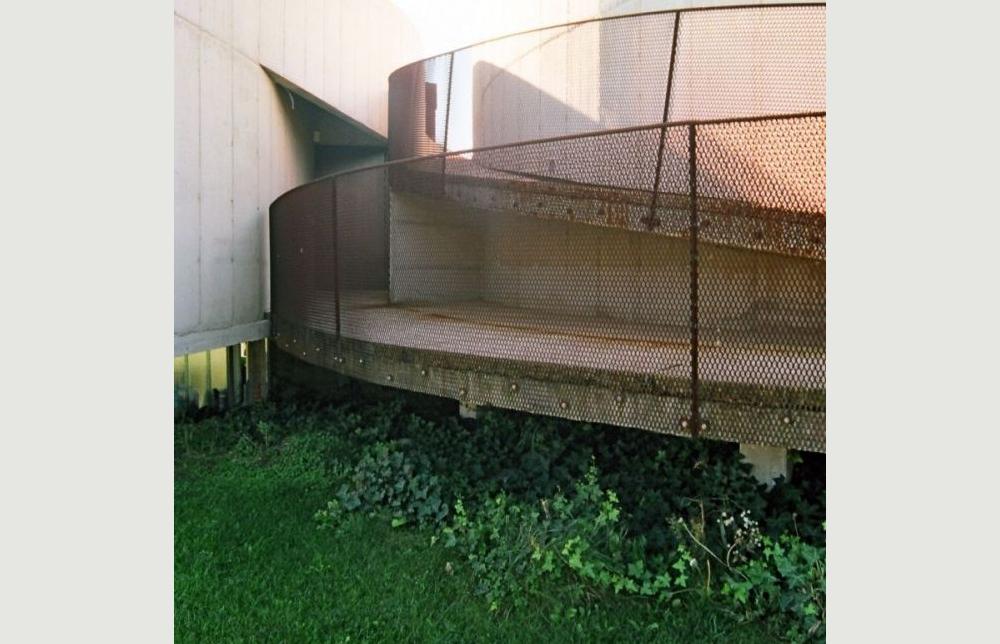 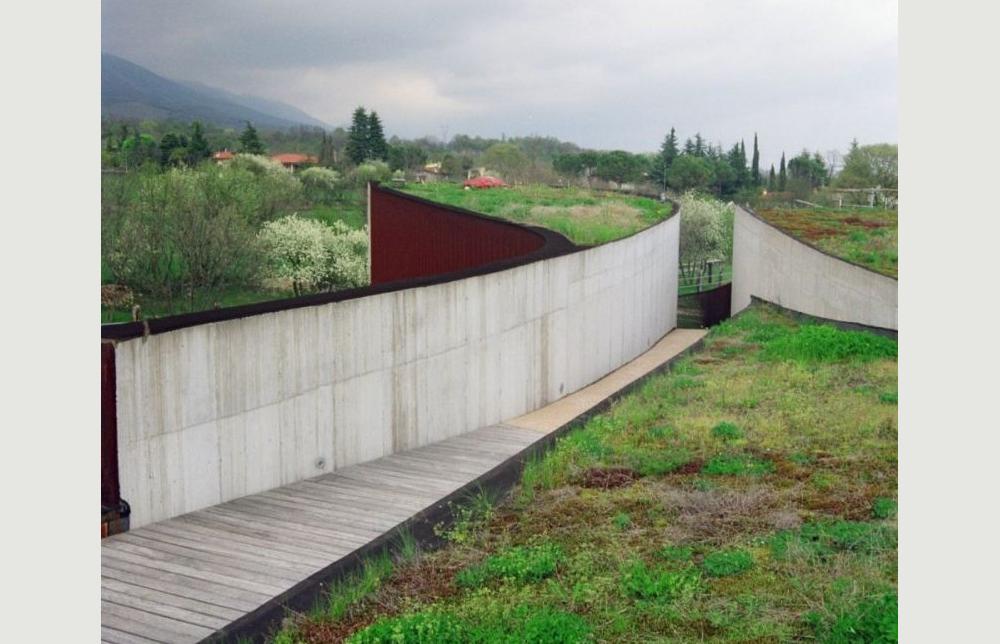 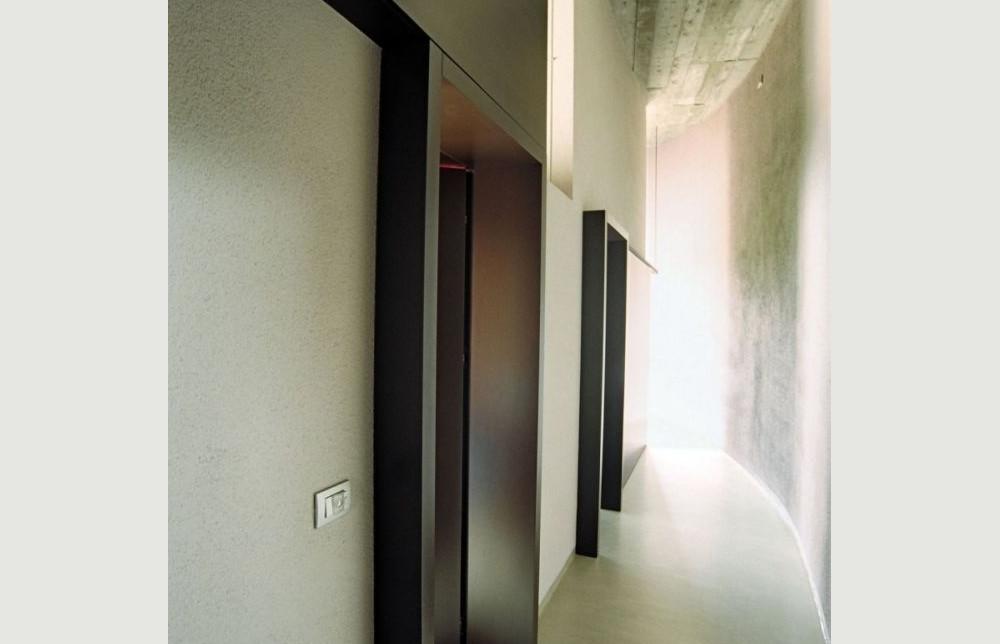 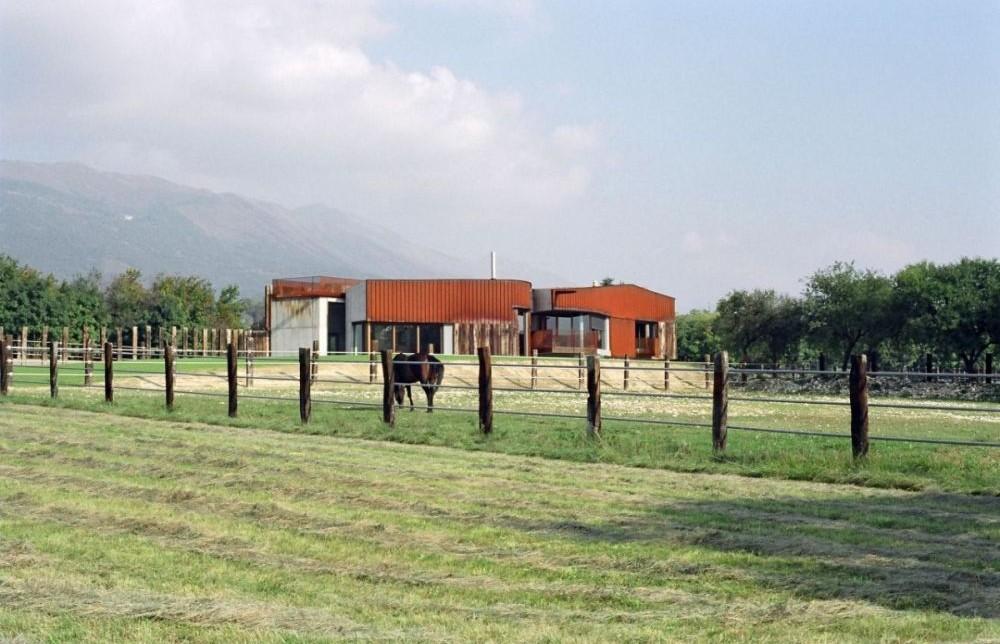 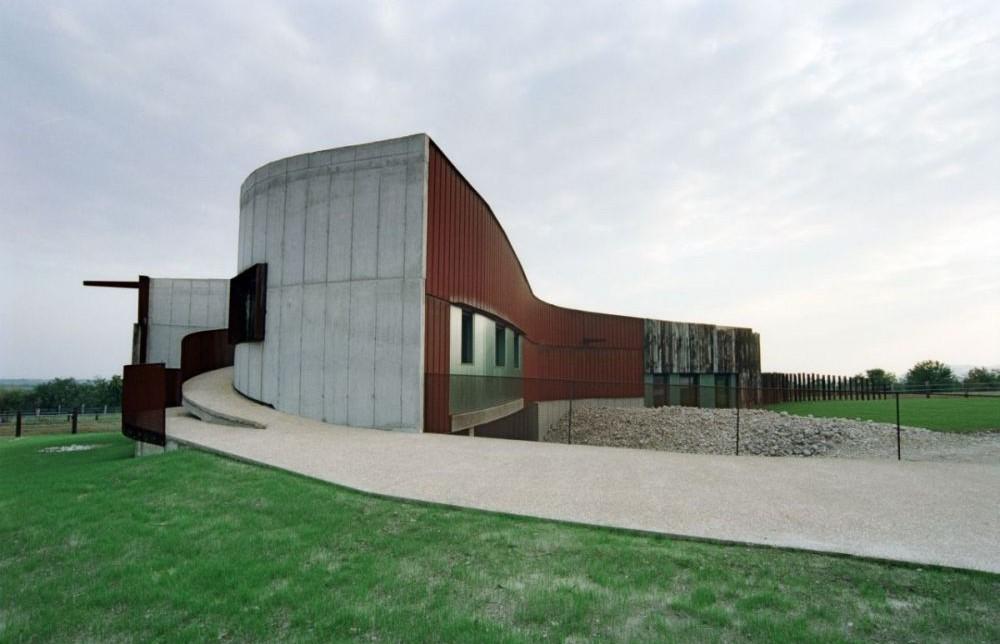 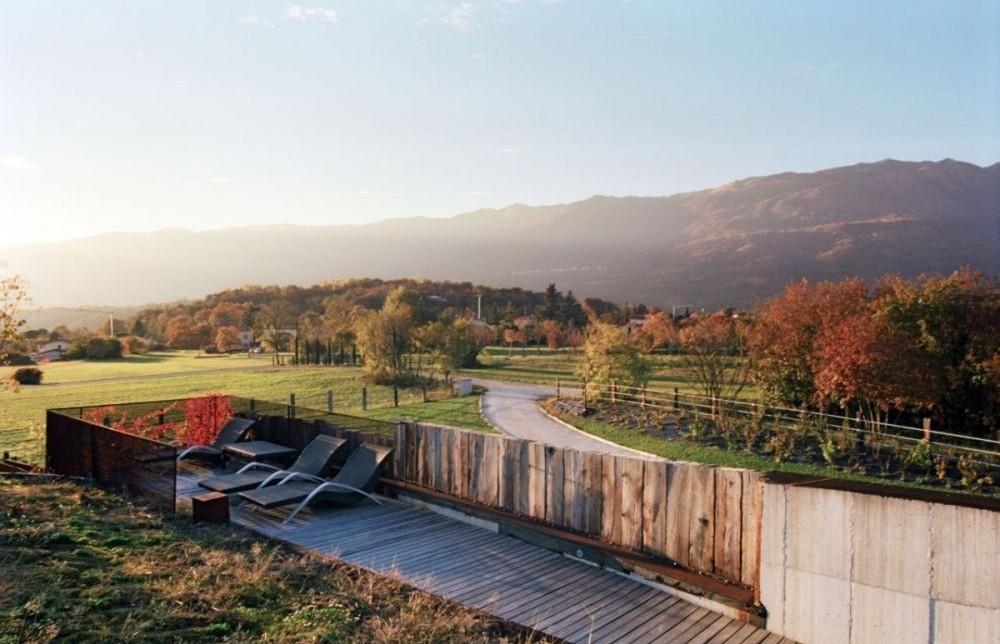 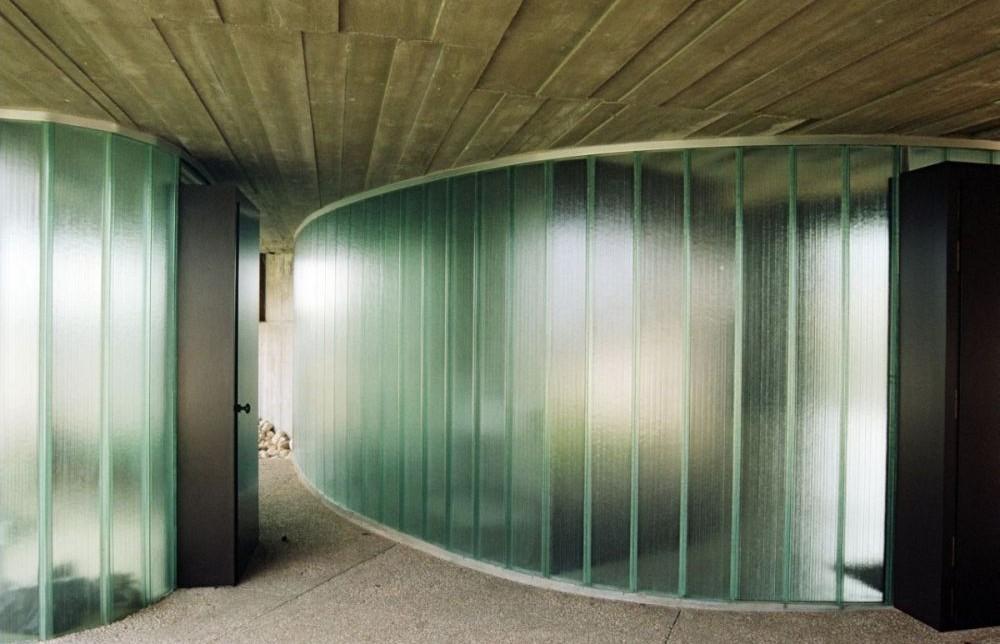 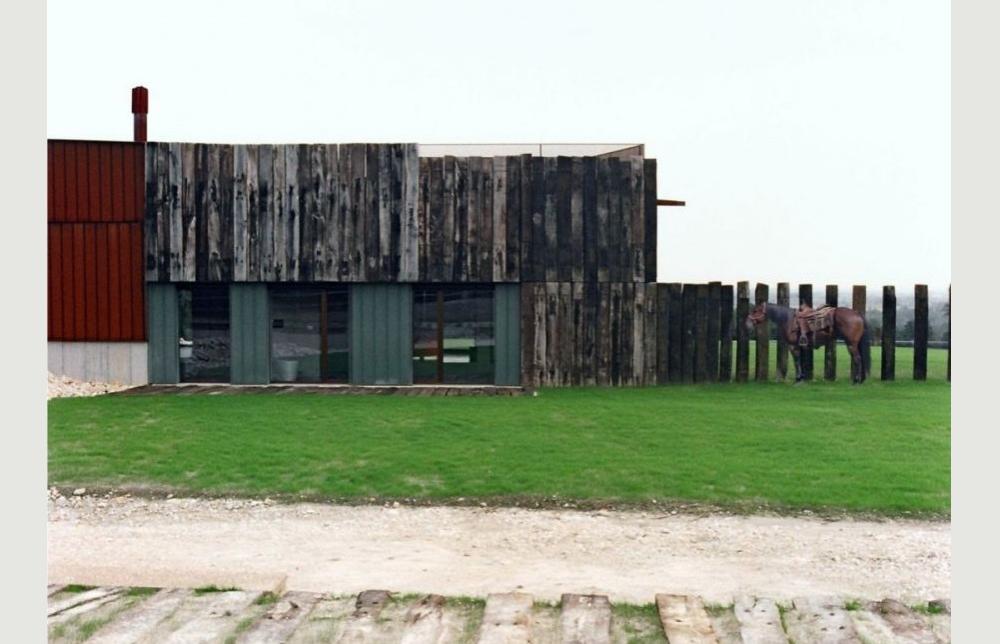 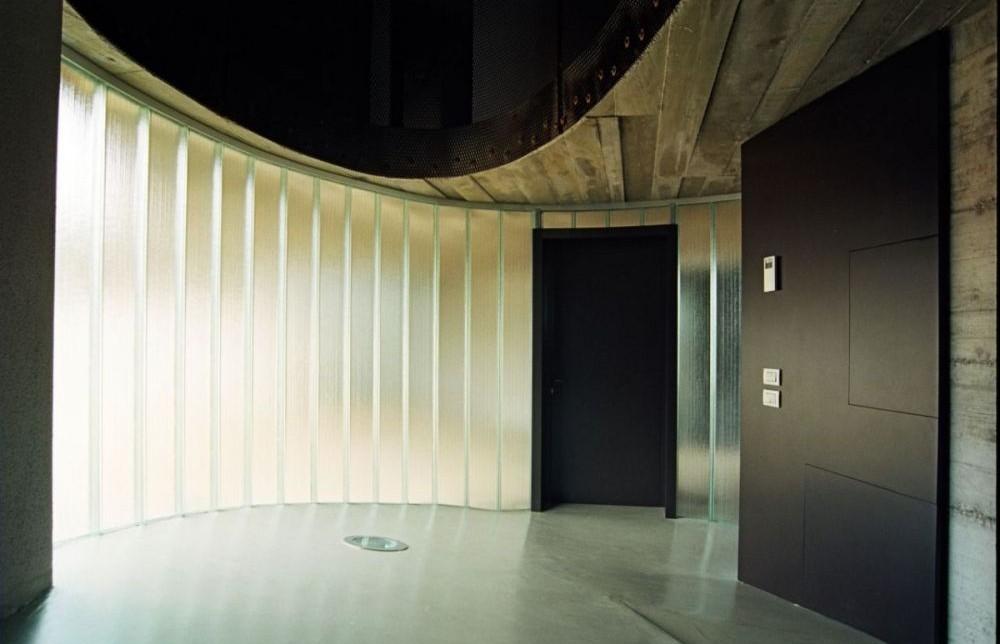 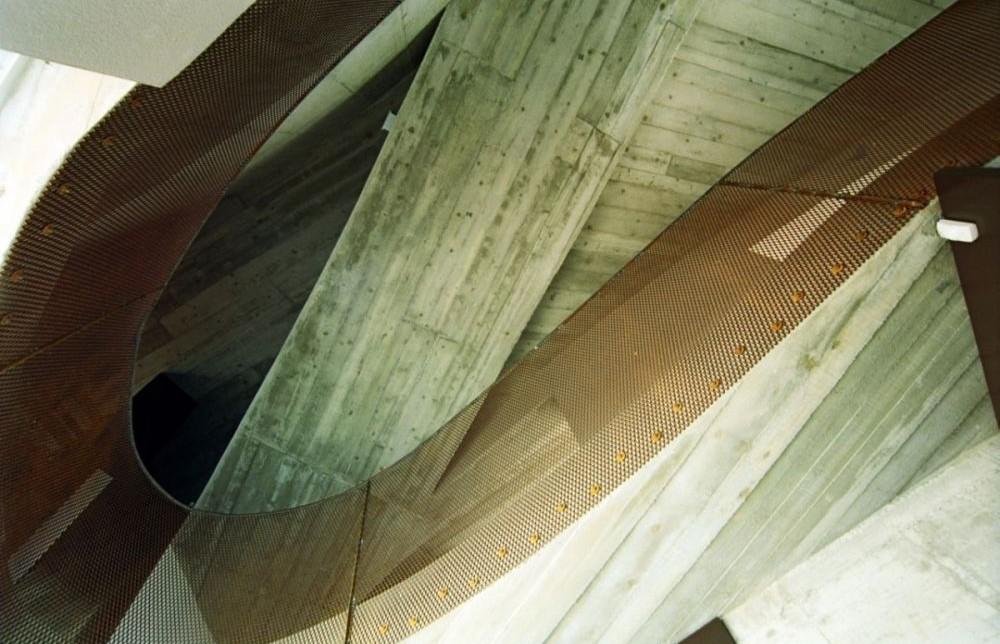 The Yuppie Ranch House stands in a hilly landscape, looking out on one side towards the mountains and on the other to the dry and stony plain of Friuli. The only trace of human presence before the construction of the house was some old railway cross-ties once raised to mark a property boundary

The modern barn architecture plays upon the varying density in the vertical arrangement of the cross-ties which feature both in the perimeter fence and as a partial cladding for the house façade. The Corten steel façade, in fact, adopts a modular pattern whose base unit is the same size as the wooden cross ties.

The fluid forms were inspired by the gently rolling hills, whilst the green roof establishes an even clearer link with the slopes of hills and mountains. A ramp enables people and horses to gain access to the roof, from where there is a spectacular view.

The layout of the house also hinges around a ramp, which not only serves as the hub for the distribution of individual rooms but also provides an area of relaxation around the central fireplace.

Materials were chosen so that the passage of time would play a clear role: season after season, the house will age, becoming part of the surrounding landscape.