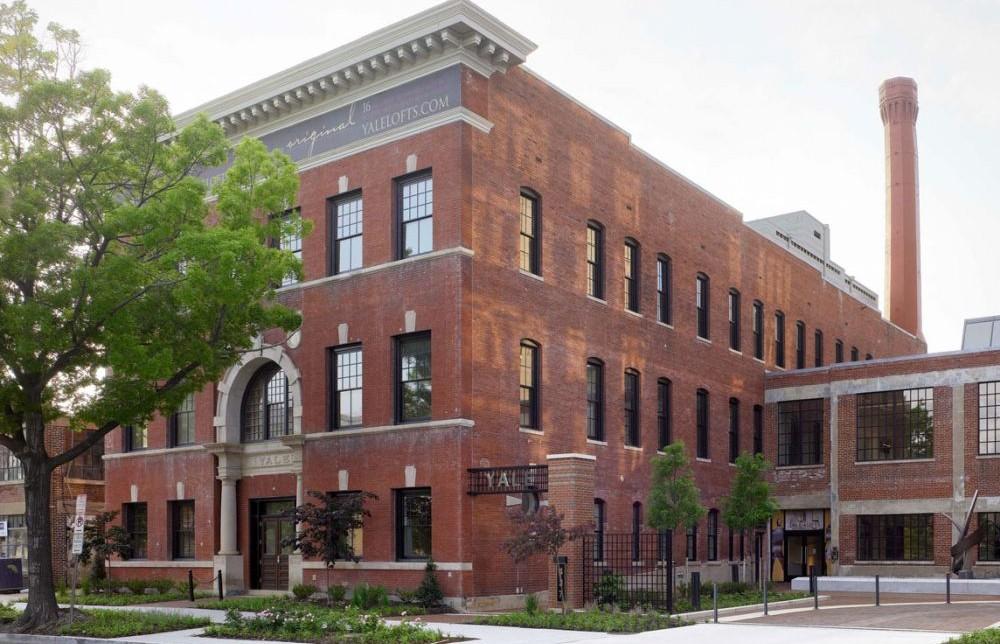 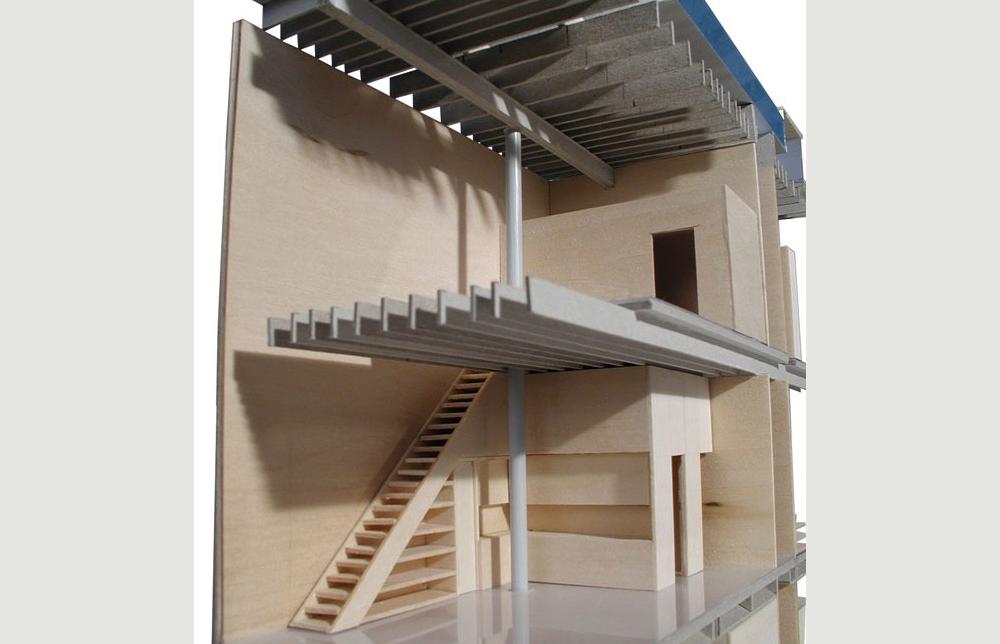 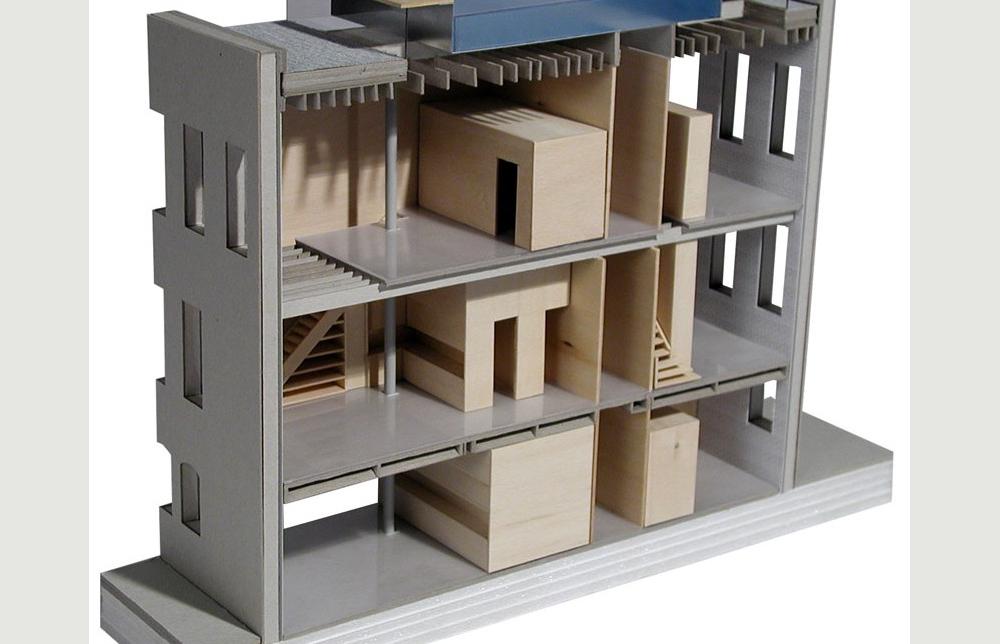 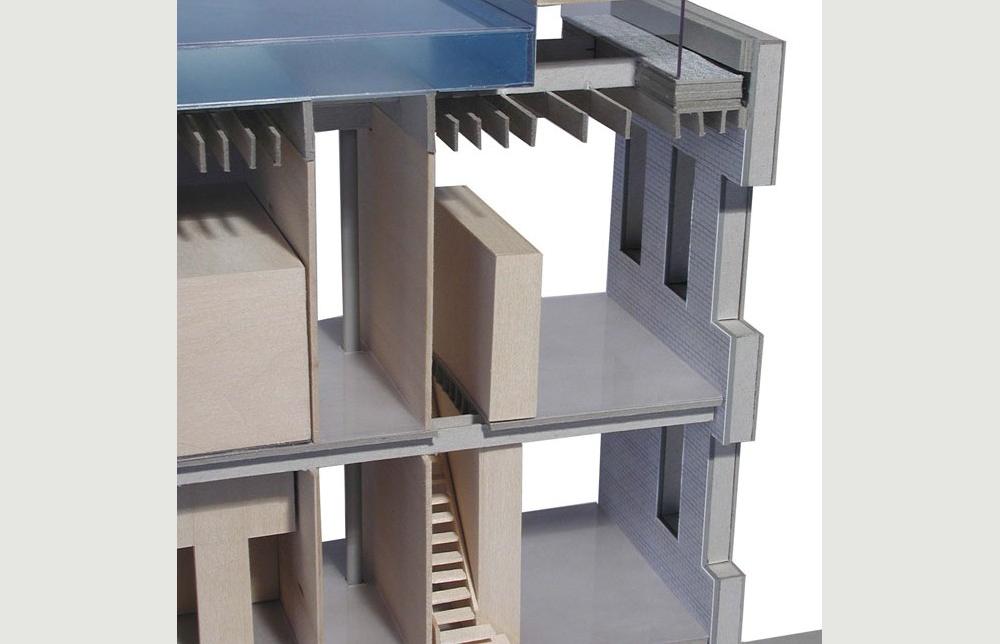 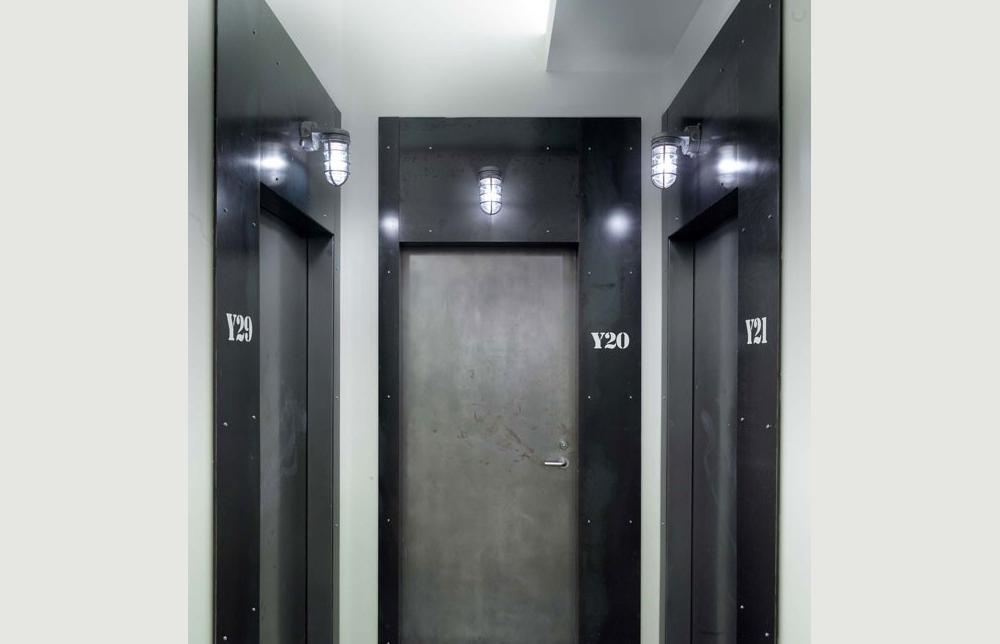 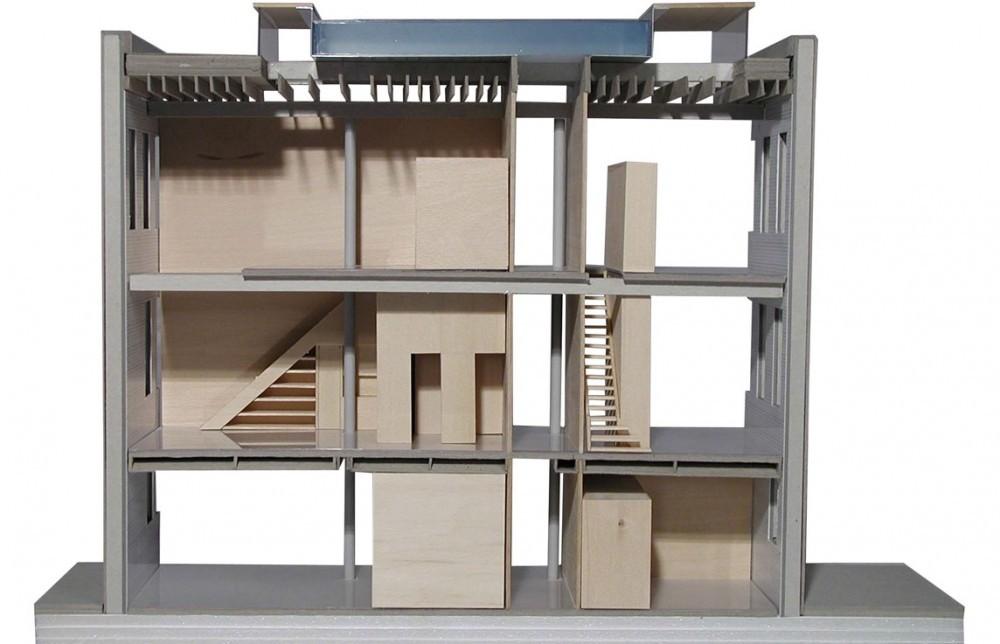 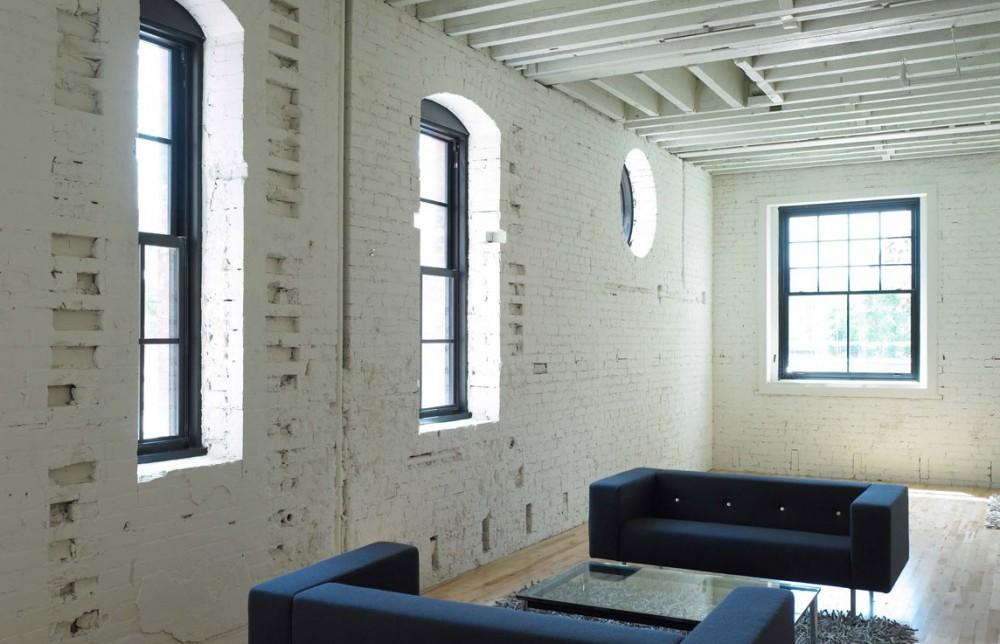 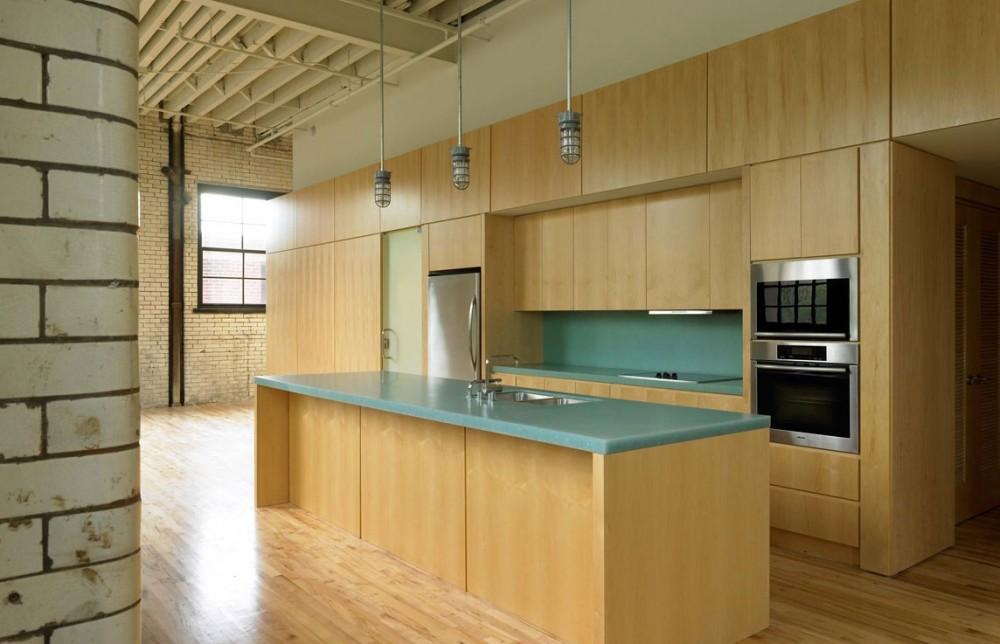 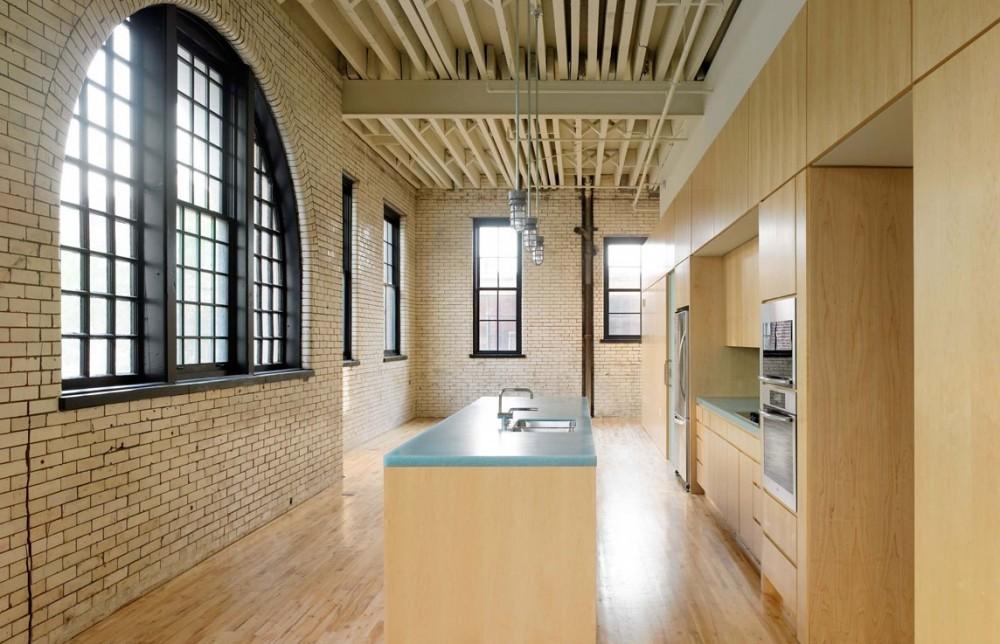 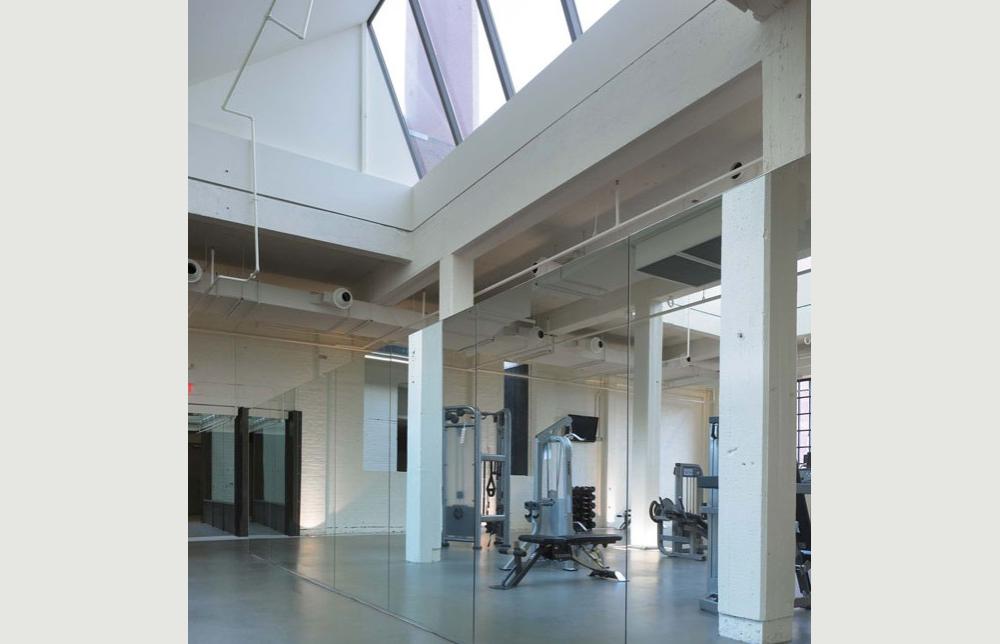 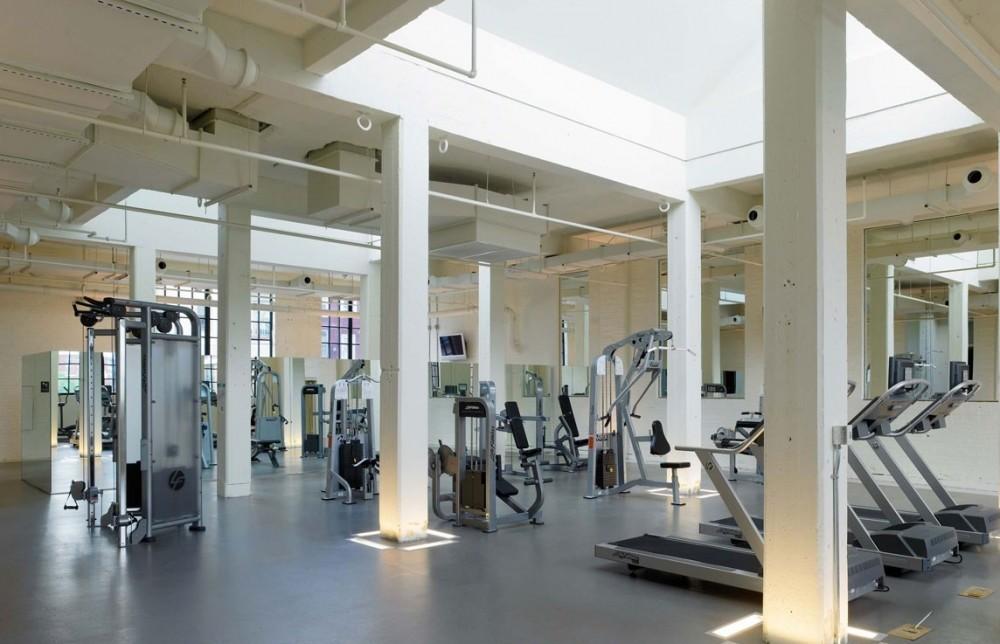 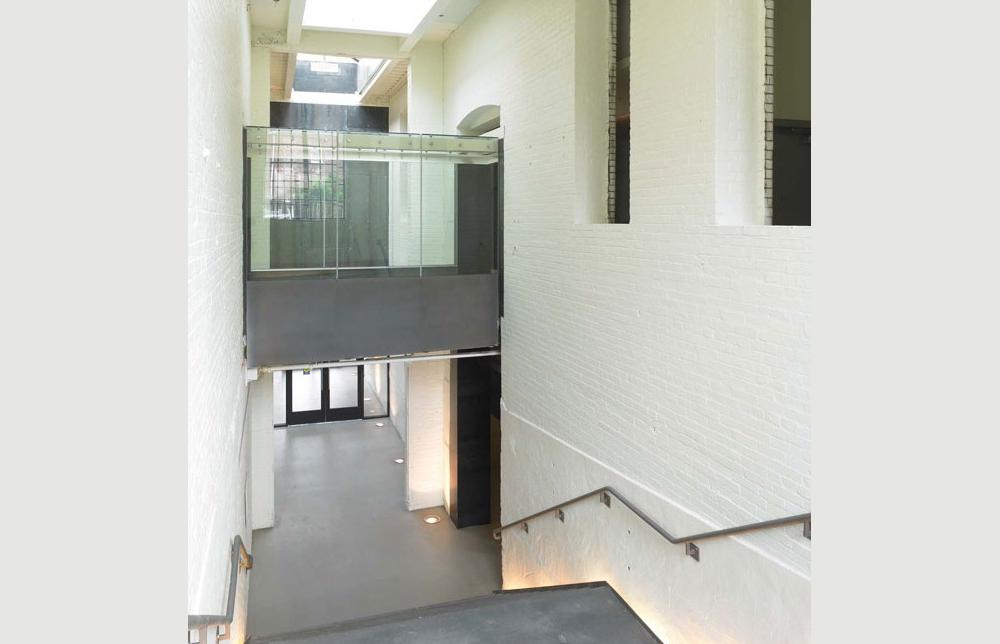 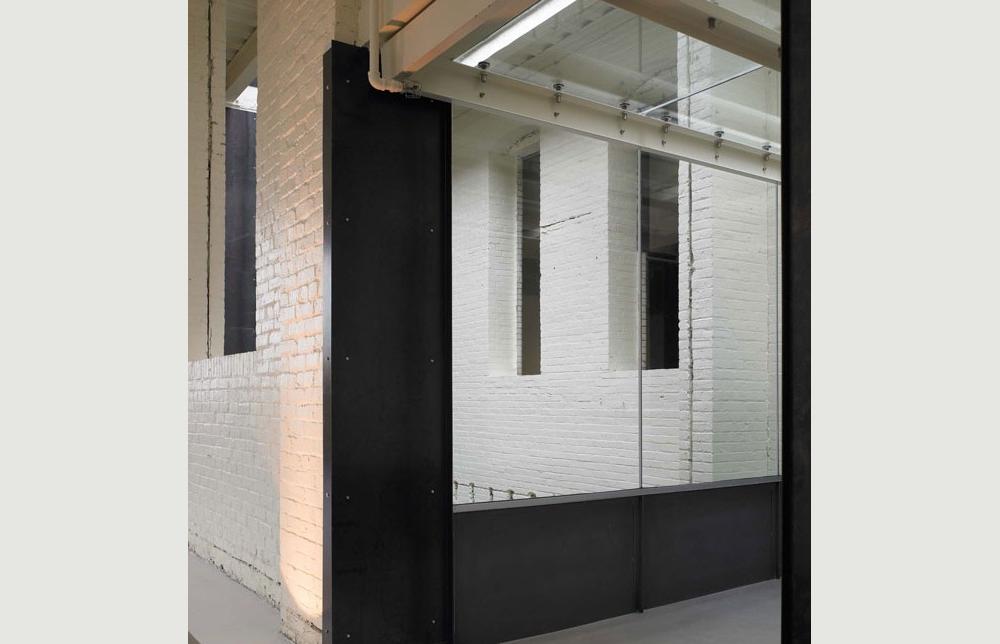 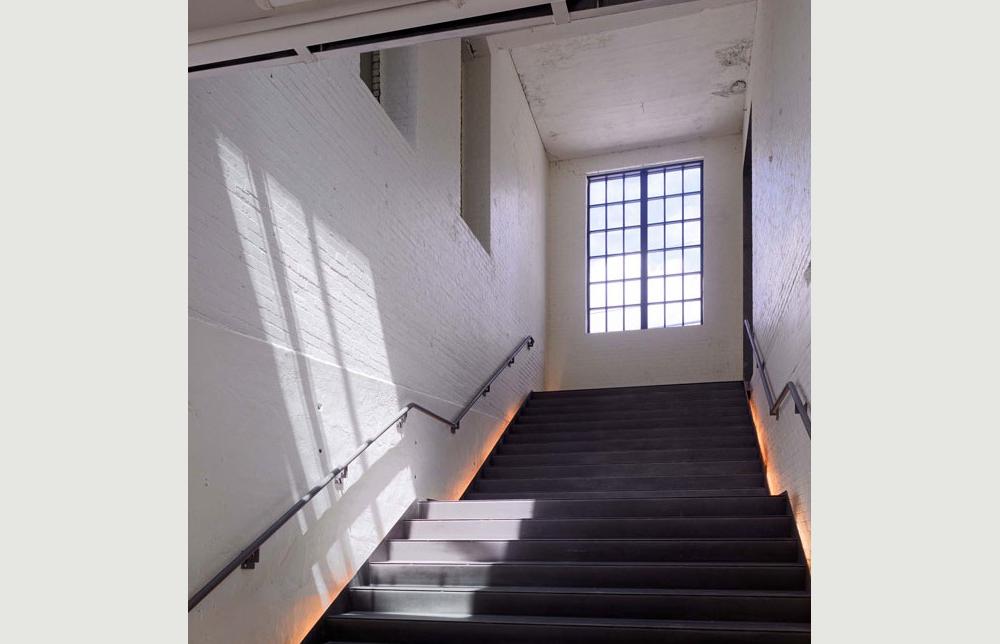 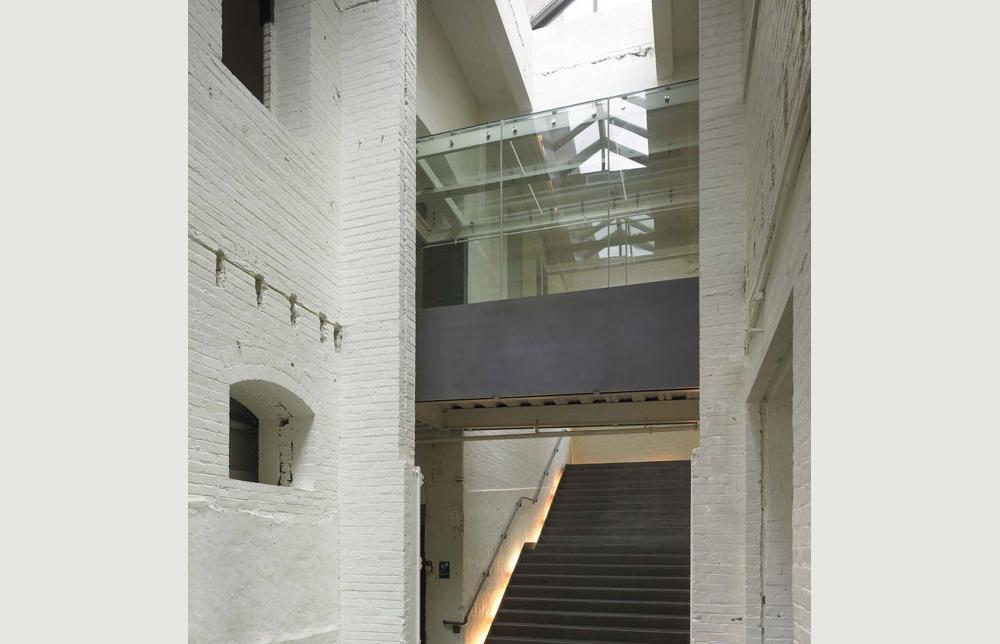 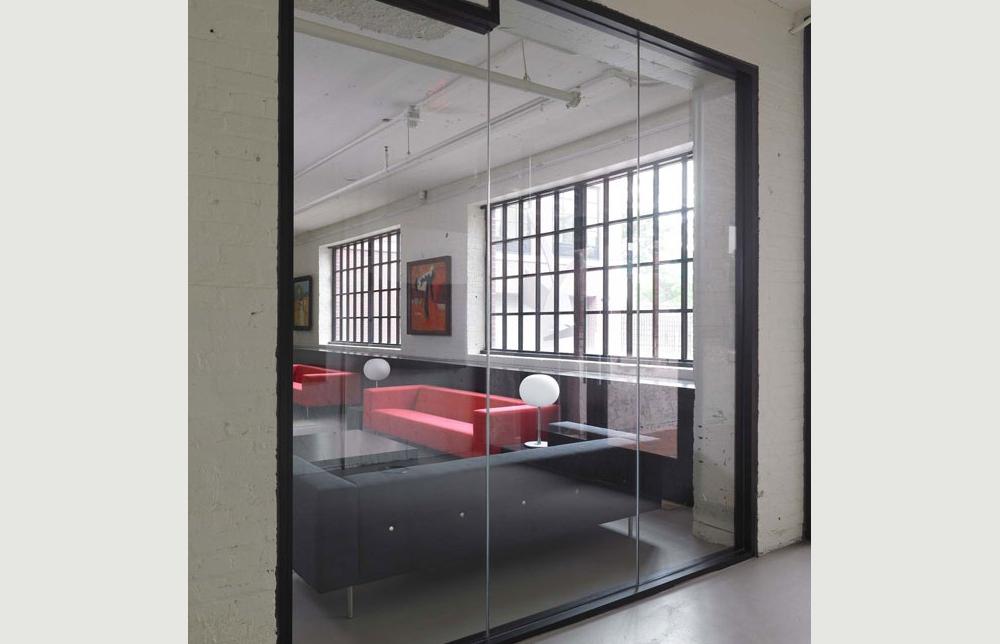 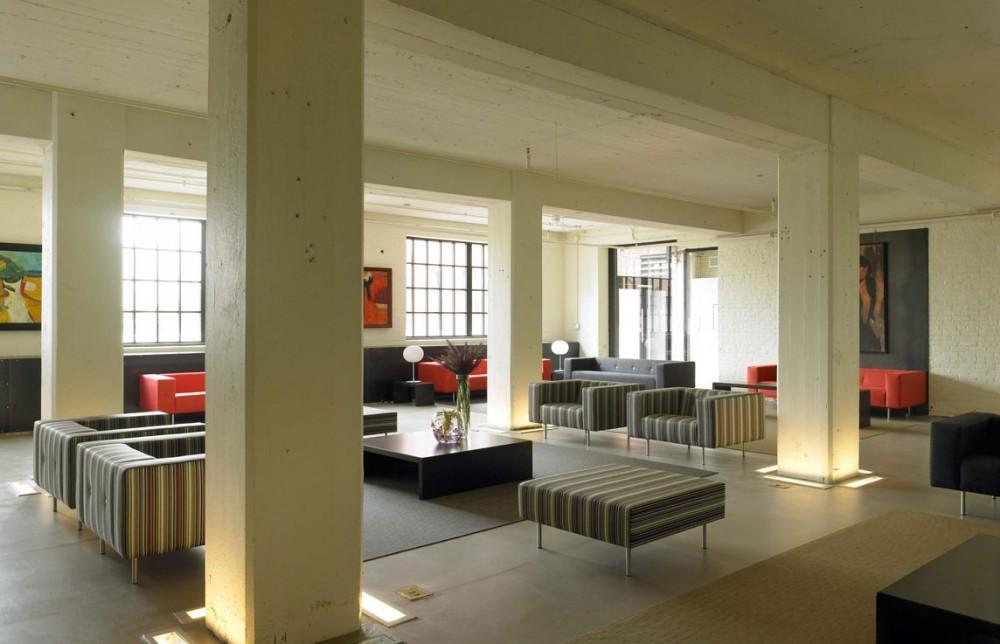 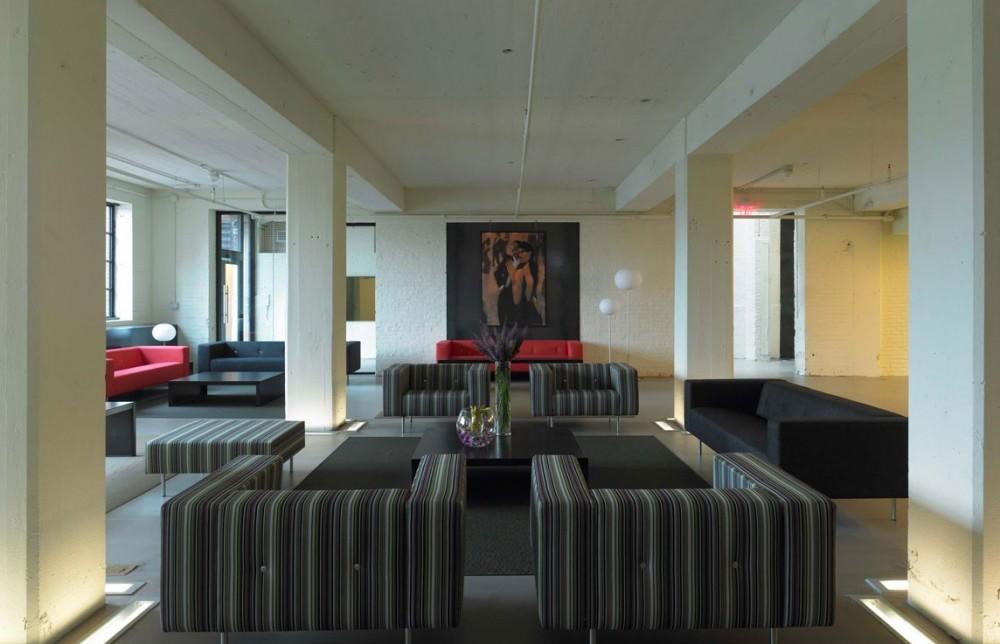 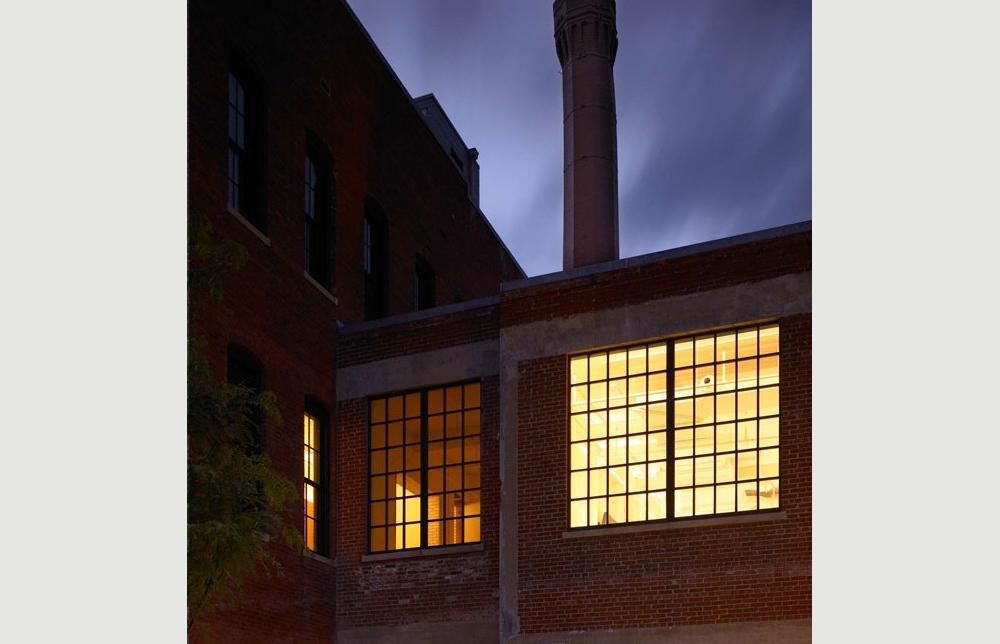 This project is a conversion of an historic commercial laundry building into condominiums and amenities, in a sustainable manner.  The design acknowledges the building’s rich physical character acquired over time, and the design strategy calls attention to these moments to preserve this character.  New interventions are minimal, legible and discrete.  The proposal pursues a strategy of select intervention, and defines the project as the sum total of two parallel realities: the existing structure with its character acquired over time, and the new programmatic interventions inserted into the existing structure like furniture.

Physical History and Select Intervention
The existing Yale Steam Laundry structure possesses a rich physical history that is written in its vaulted floor structure, its oddly-spaced floor framing and in its pock-marked concrete and brick.  This patina of time imparts a character upon the space it encloses that once erased, cannot be recreated.  The project design asserts that this character is important and should be preserved, and that new interventions should be minimal, legible and discrete.

The proposal pursues a strategy of select intervention that seeks to maximize the preservation of the existing physical history and the character it confers on the space, and defines the new project as the sum total of two parallel realities: the existing structure with its attendant character and the new programmatic interventions, inserted into the existing structure like furniture.  Where new elements meet existing structure, the distinction is pronounced: hot rolled lacquered steel plate insertions in the public areas (entry, lobby, stair, exercise room) stand apart from the glazed white brick to form reception desks, bridges, stairs.  In the residential units above, kitchen/bathroom cores clad in birch millwork are inserted into the existing shell to minimally convert the building to its new use.

Lobby
The ground floor of the annex serves simultaneously as building lobby and clubroom.   A plate steel wall separates the public areas from back of house (offices, pantry, etc.).  The lobby is a programmatically indeterminate space that can be reconfigured to support a variety of programs and uses, from association meetings to film screenings.  In the morning, the space can be set up as a lobby with coffee service before work, while in the evening it can serve as a bar for drinks after work, as well as an assembly space for public and private events.  An enclosed room under at the rear of the space allows for storage of chairs and tables.

Fitness Area
The second floor of the annex, emptied of all contents and flooded with light, supports the building fitness area and club room.  The floor surface, a poured concrete, supports a variety of exercise activities;  existing skylights are re-glazed to allow natural daylight into the space

Residential Units
Core element of birch millwork supporting kitchen, bathrooms, and utility spaces are inserted like furniture into the existing structure, and stand in opposition to the existing construction.  Units become the sum total of two realities, with core interventions minimized to expose as much of the physical history of the building as possible.  Units in the center of the building are bi-level units, with a large living/dining space on the entry level and bedroom areas above.  Core areas with plumbing and storage are held to the building interior, to allow the existing character of the building to define the space.  Sunlight from windows and perimeter roof glazing filters through the existing floor and roof framing, left exposed