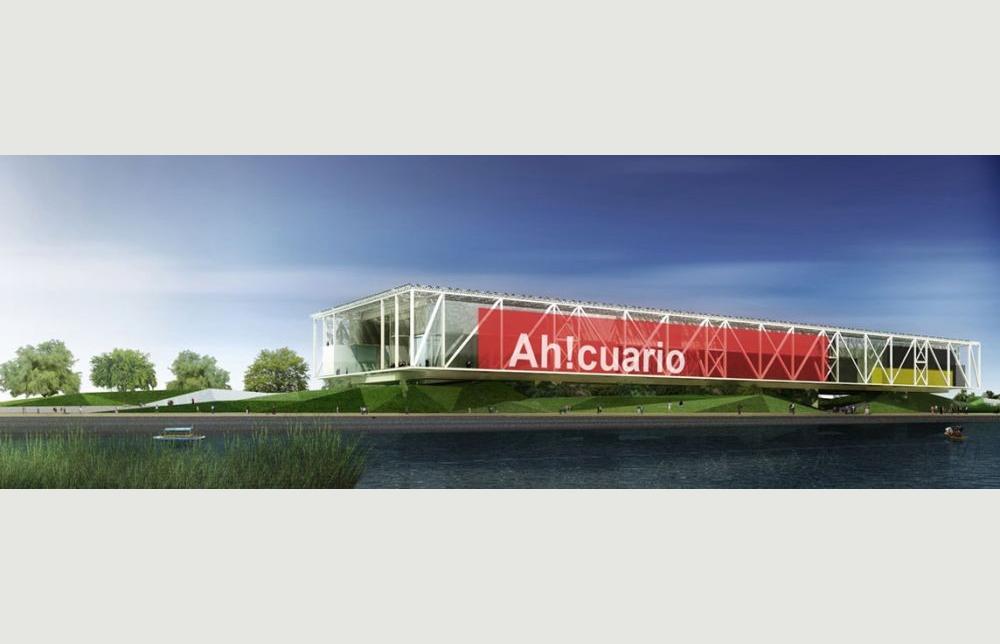 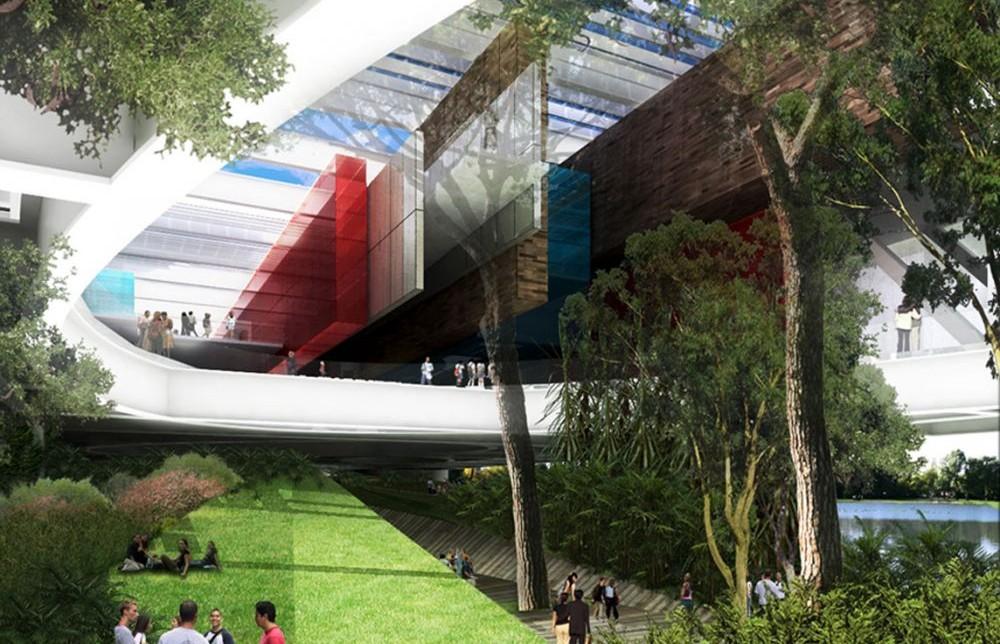 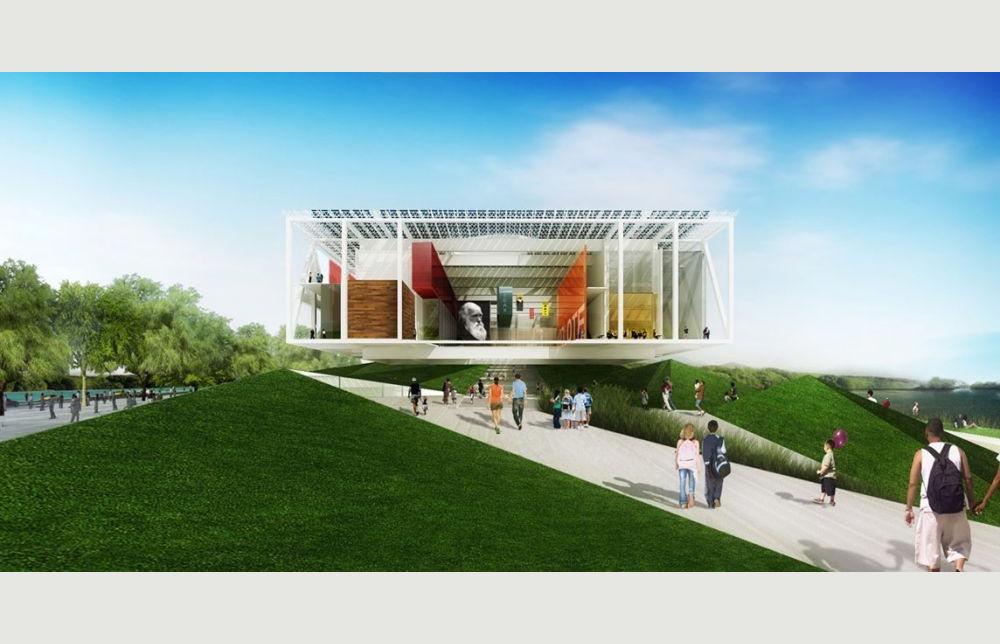 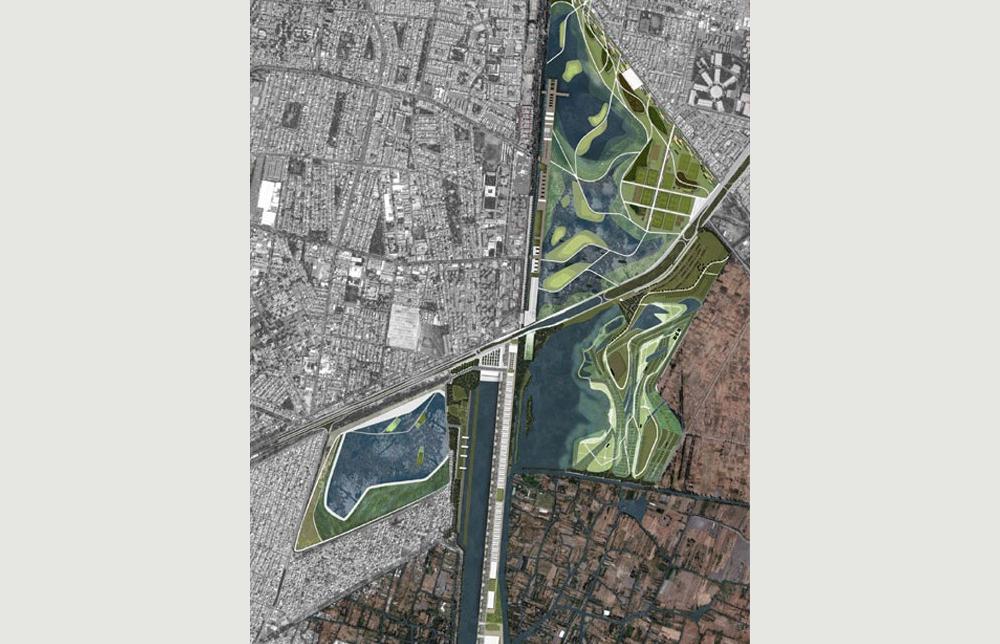 Located in the natural preserve of Xochimilco, in the southern part of Mexico City, the master planning project addresses a unique set of social, urban, and architectural challenges. On the one hand, the existence of the lakes, the Chinampas farms and the Canals provides a very fertile ground for re-thinking the natural habitat and reconnecting it back to the city. Serious air and water pollution problems; scarce hazardous waste disposal facilities; a population of which 40 is below poverty; and major migration from rural to urban centers give new urgency to the need for new forms of sustainability. Taking on these paradoxical variables, the project seeks to create a new equilibrium and innovative sets of sustainable patterns.

The project embraces and improves the existing program of the Xochimilco park. Originally developed in unplanned, disconnected phases, its scattered elements are hard to reach and threatened by severe environmental issues. The proposed master plan reorganizes these elements in a single vertical strip of developed land that is closely related to the aquatic surroundings and regional history.
The existing program includes an Olympic Rowing Track; a Flower Market; Cuemanco Sports Park; private sports clubs; research facilities; regulatory water basins; parking and archeological sites. Our proposed additions to the program consist of an Aquarium; a Dolphinarium; an open Amphitheater; a Water Park; additional parking and public transportation facilities; a botanical garden; and private mixed use development. The central core of the program fosters modes of interaction, education and exploration for both the areas residents and its visitors.

Work is already underway to clean the water and make it drinkable. The refurbishment of the water basins and its future use as recreational facilities will dramatically increase the quality of life of the inhabitants of this neighborhood.

Xochimilco was declared an UNESCO world heritage on 1987. Thus, the project requires modifications to local land use regulations, adaptation to UNESCO site specifications and limitations, as well as the partial relocation of existing owners, users and residents. The Urban Development and Housing Ministry of the Mexican government SEDUVI, in Spanish oversees, evaluates, and approves all of the proposed changes. Detailed studies and documentation are required for its approval.