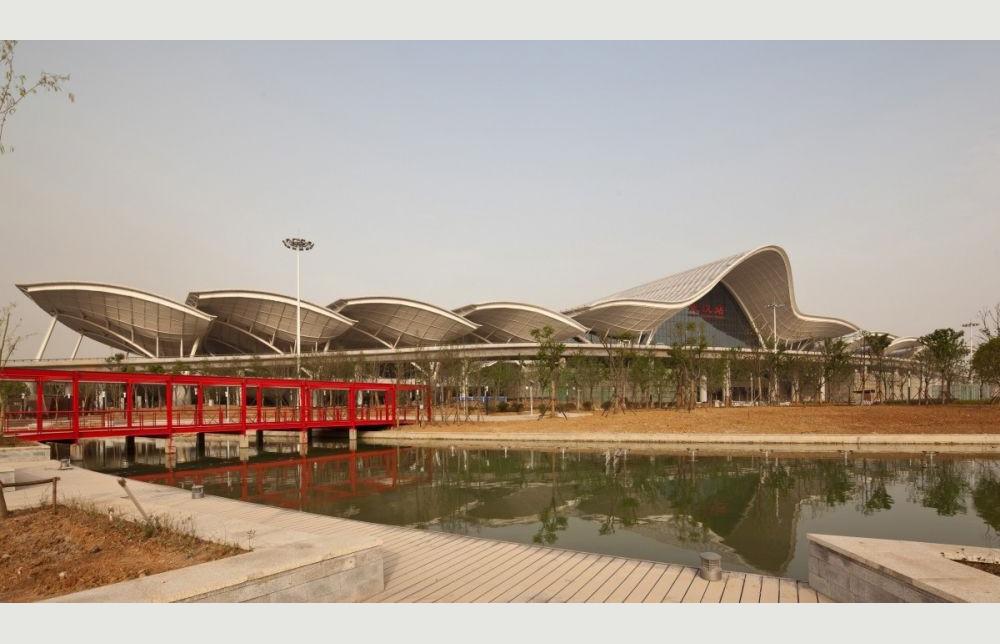 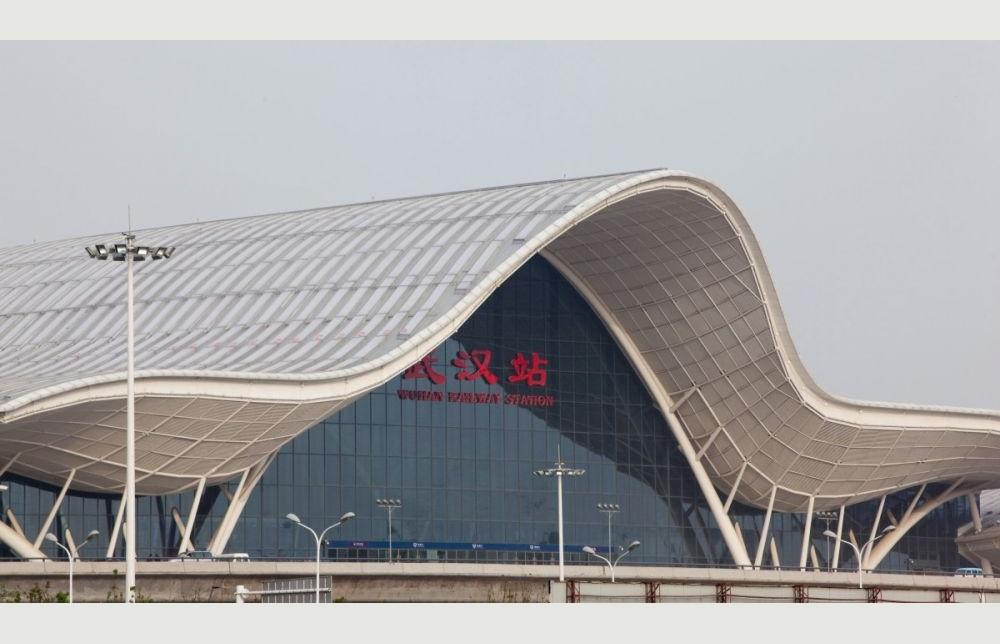 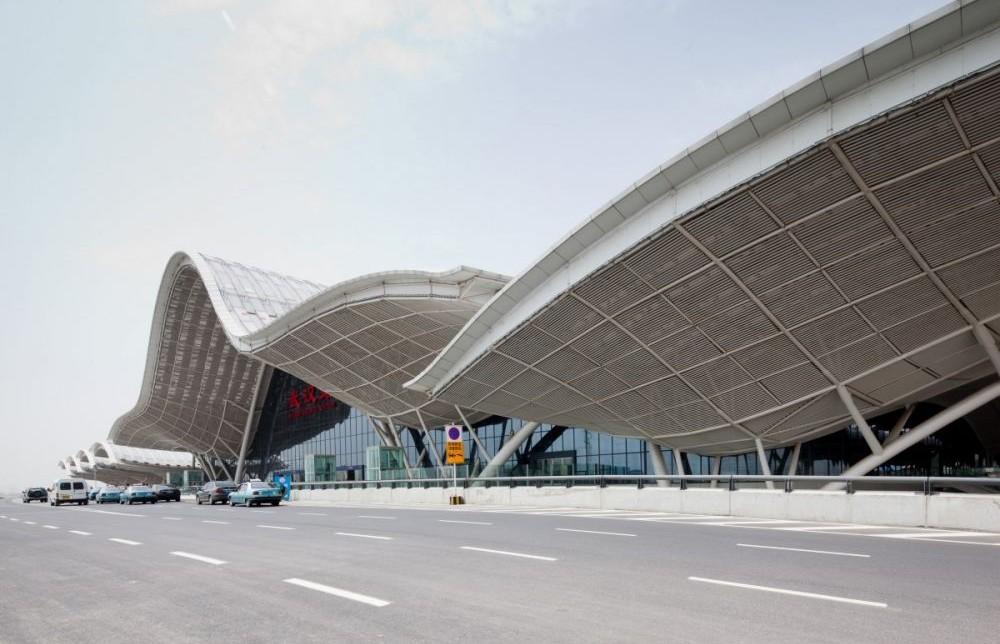 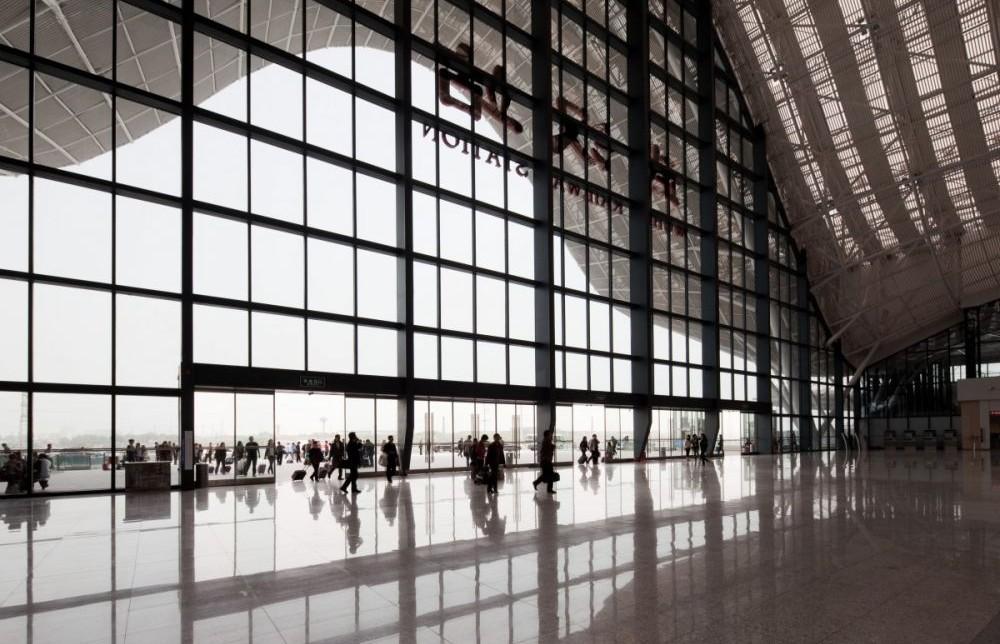 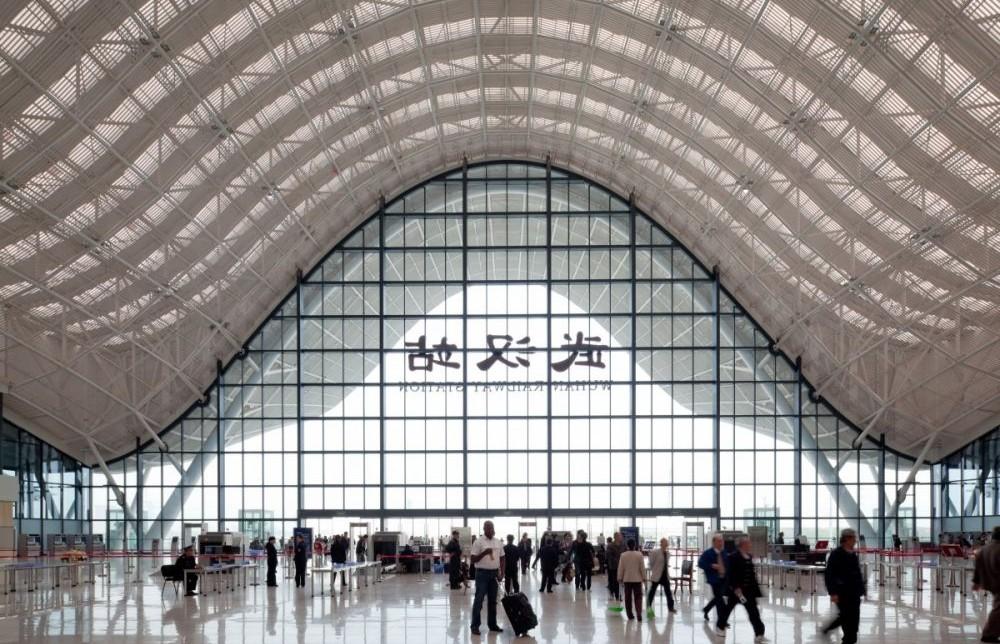 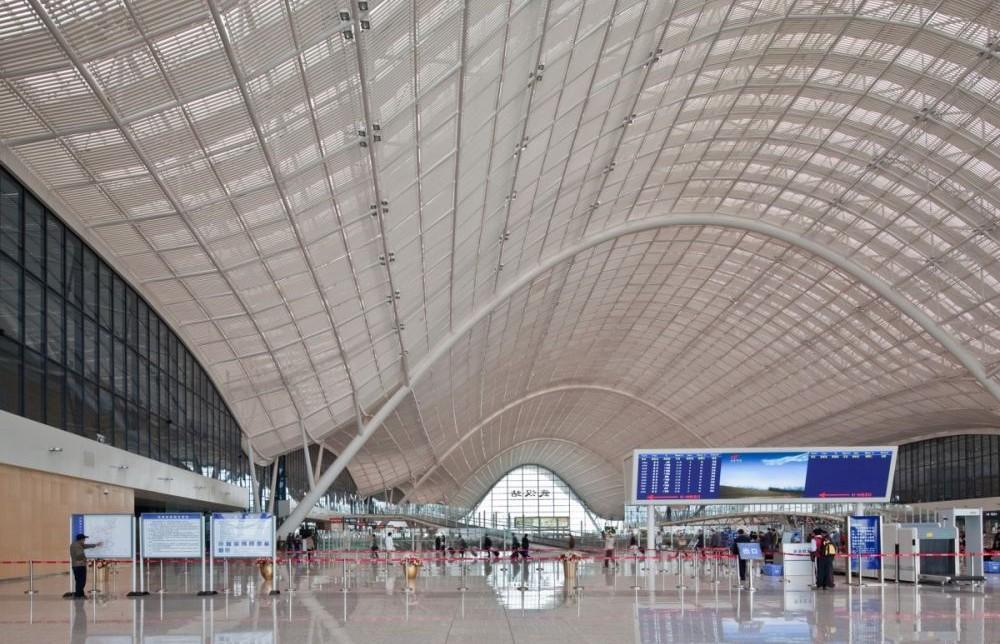 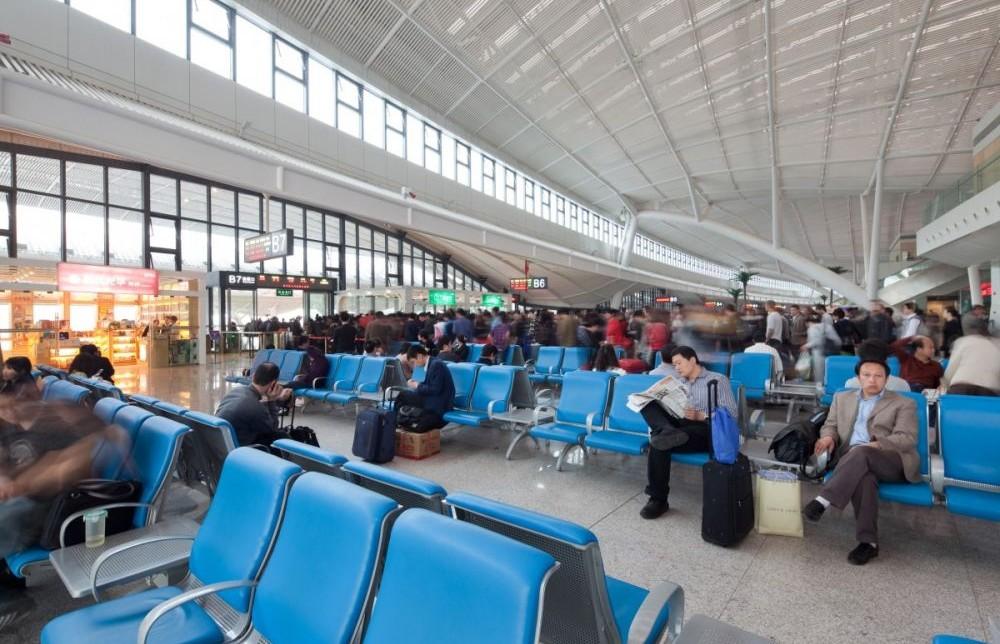 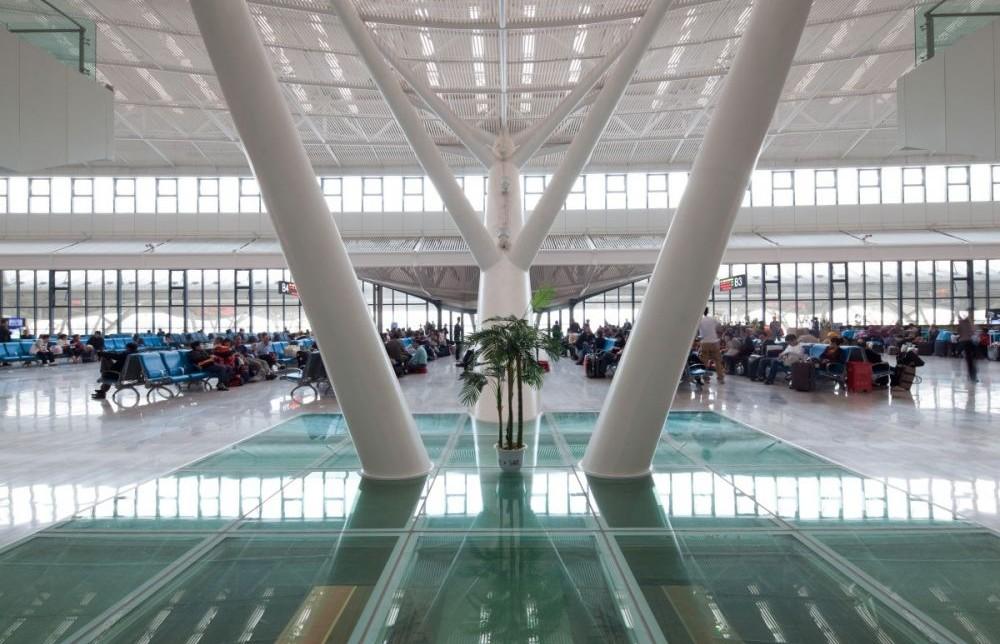 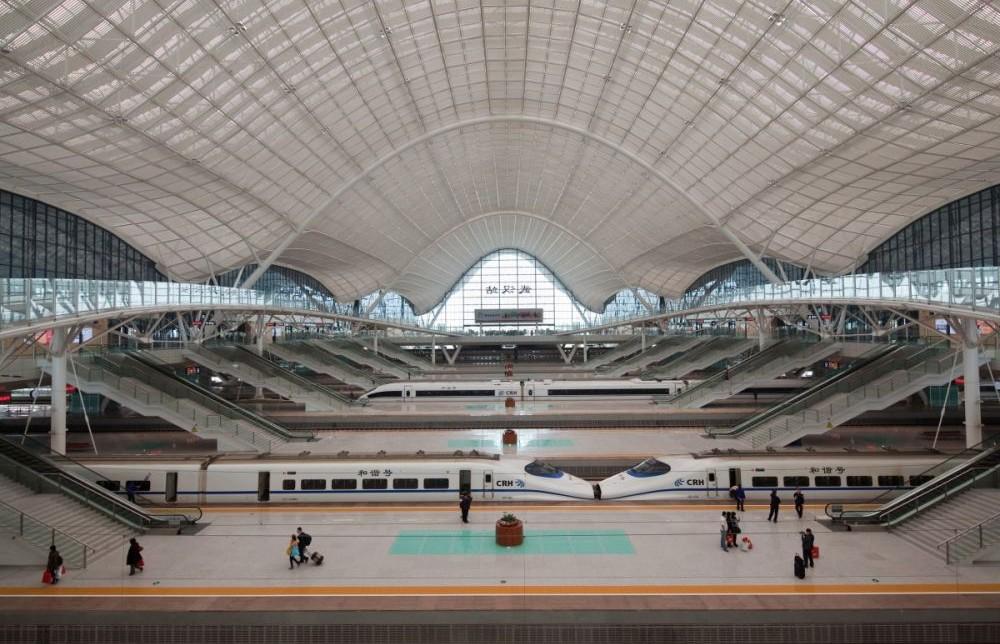 The highly symbolic Wuhan station expresses the identity of central China’s capital city and stands out from a landscape of lakes and hills shaped by the river Yangtze and its tributaries. With its widespread wings, the building evokes the legendary stork whose return to the country promises happiness and posterity. Raised in the centre and falling away to either side in four successive waves, the roof also pays homage to Wuhan’s location on the crossroad of the nine provinces. Finally, its spread wings suggest the country’s extraordinary expansion over the last few years. The layout of the station reinterprets traditional Chinese architecture with its roofs turned skyward and the base anchored firmly to the ground.

The station’s deployed wings cover all platforms over a distance of 400 meters. The tracks pass over a centrally positioned 10 meter-high viaduct. The arrival platforms are located on the ground level, with nearby car parks and other modes of transport and access to the metro located 6 meters below. Conversely, departures take place on the upper level at a height of 17 meters, with service roads and waiting rooms overlooking the platforms, a solution commonly used in China. An upper floor at a height of 24 meters, spanning the railway lines under the central vault, offers an array of shops and restaurants. Acting as a balcony overlooking the landscape, these upper levels provide attractive views over the city and the lakes to the west. The lightweight mother-of-pearl colored polycarbonate roof with its metal grid lining provides the concourse and its canopy extensions over the platforms with a soft luminous glow. Ventilated and elegantly lit, the covered space adapts itself to the temperate climate of the lakes region. By night, the illuminated station seems to takes flight.