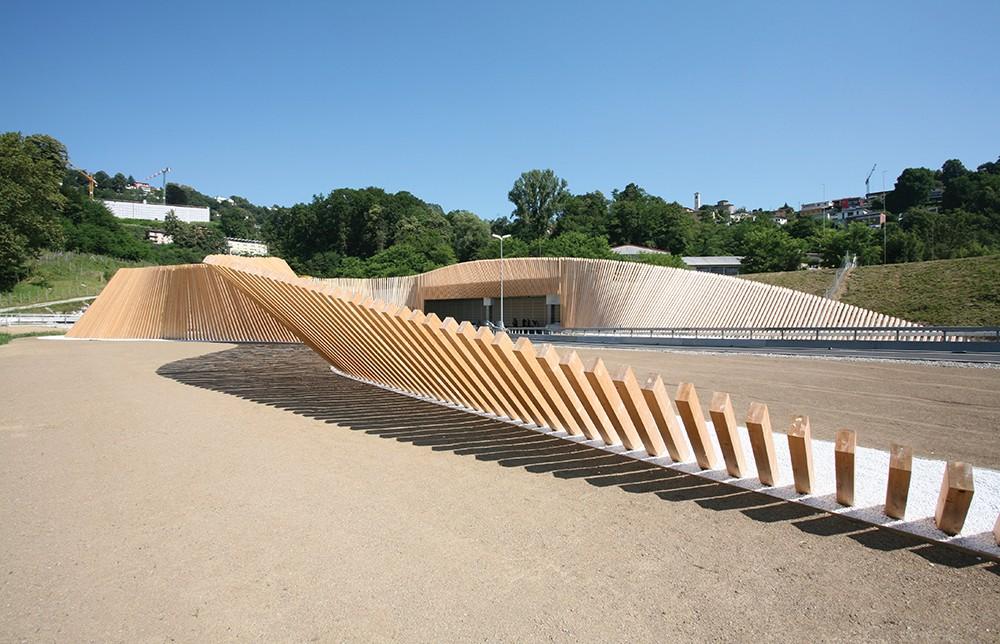 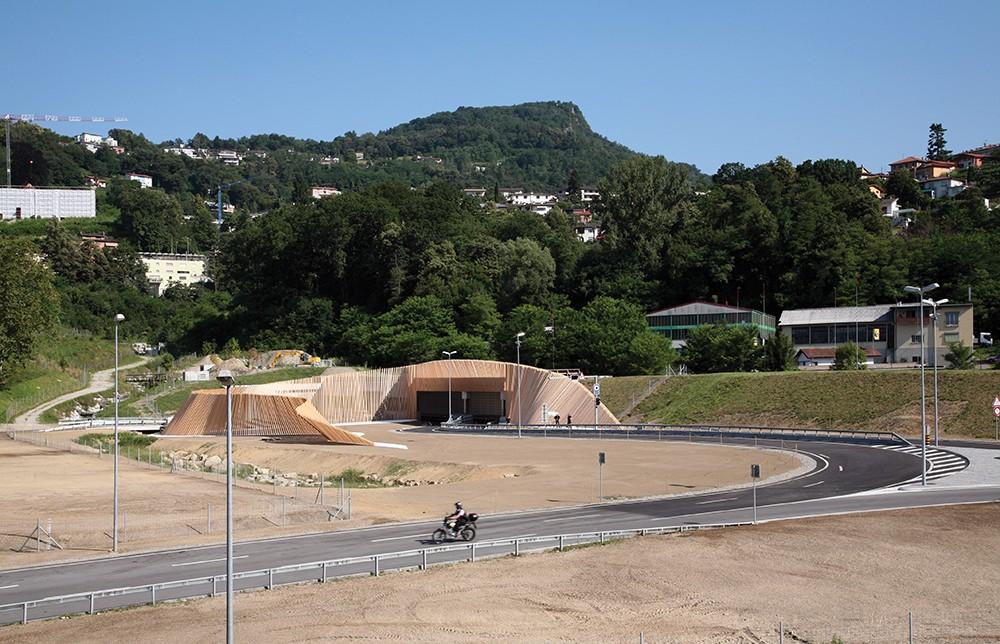 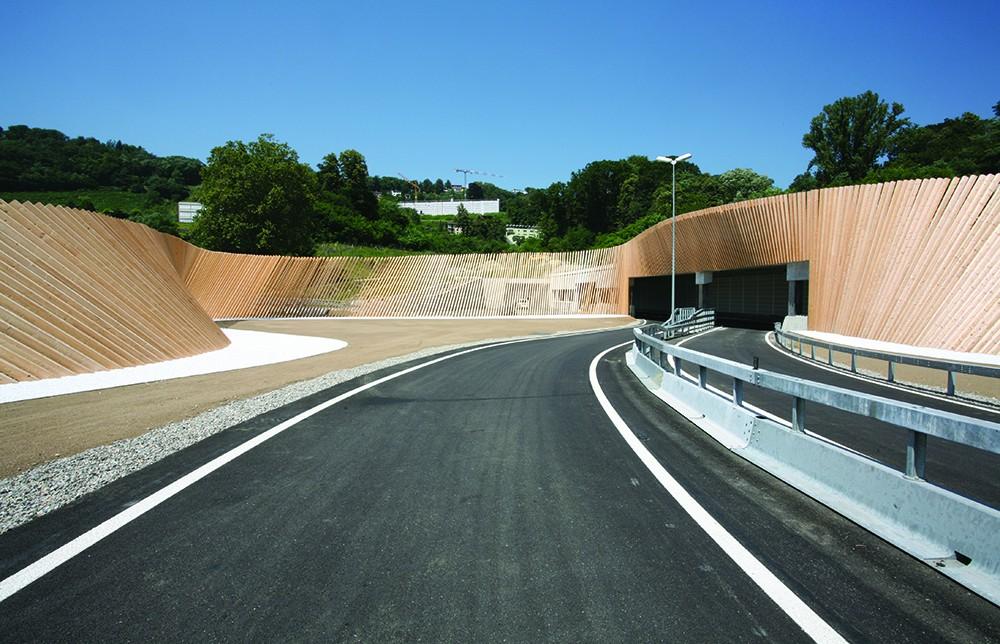 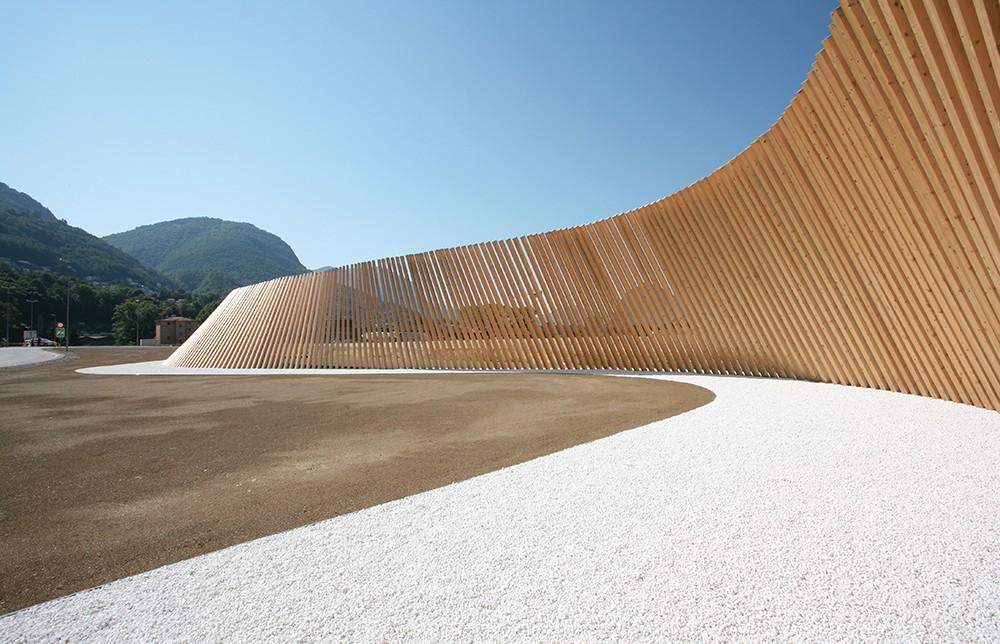 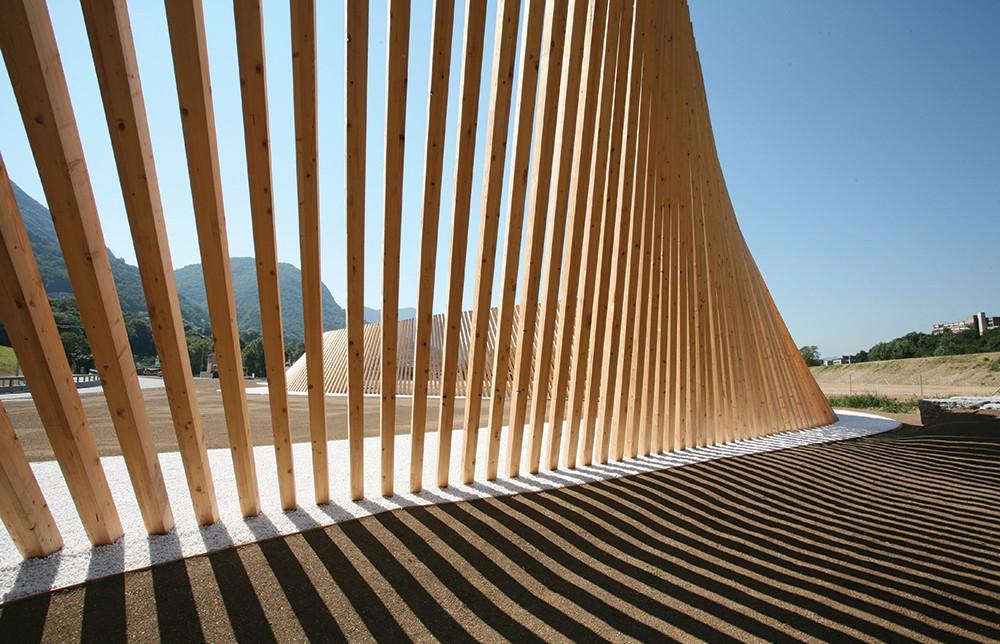 The new Vedeggio-Cassarate tunnel that connects the area by the Lugano stadium to the Milan-Zurich highway has already triggered an extensive urban transformation of the area, which will become the new entrance point to the city from the north. Pending the completion of the link with the existing road, the entrance and exit from the tunnel on the Cassarate side needed a temporary arrangement to screen the structural works before the second implementation phase was completed, which blended with the surrounding landscape. A simple idea, namely the repetition of a series of poles in spruce wood with rectangular sections, of different lengths, is rendered complex by the possibility to shape such forms through parametric design programs. A “ruled surface” (the geometric definition of a curved surface obtained with rectilinear sections that rotate in space) moves to reflect the orographical limits and the cinematic vision of those driving by. A large sinuous “screen” reaching heights of 10 metres and undulating between concave and convex forms, at times permeable to the eye, at times opaque, depending on the points of view, constitutes a kind of “environmental sculpture” which characterizes the entrance to the city. A parterre of white pebbles conceals the point where the poles enter the ground, making every structural detail disappear in favour of a purer perception of movement and the different plays of the light at different times of the day and in different seasons. Cino Zucchi Architects originally won the competition for the town plan of the New Cornaredo District as part of a team including Federico Oliva Associati, Land and the Class group, and are now responsible for the architectural design of this element, which is about 250 metres long; Mauri & Banci SA engineers provided the structural consulting with the supervision of the Department of the Territory of the Canton Ticino (constructions division). The large wooden screens thus become a small but significant sign of future transformations which will make this area become the new gateway to Lugano from the north.