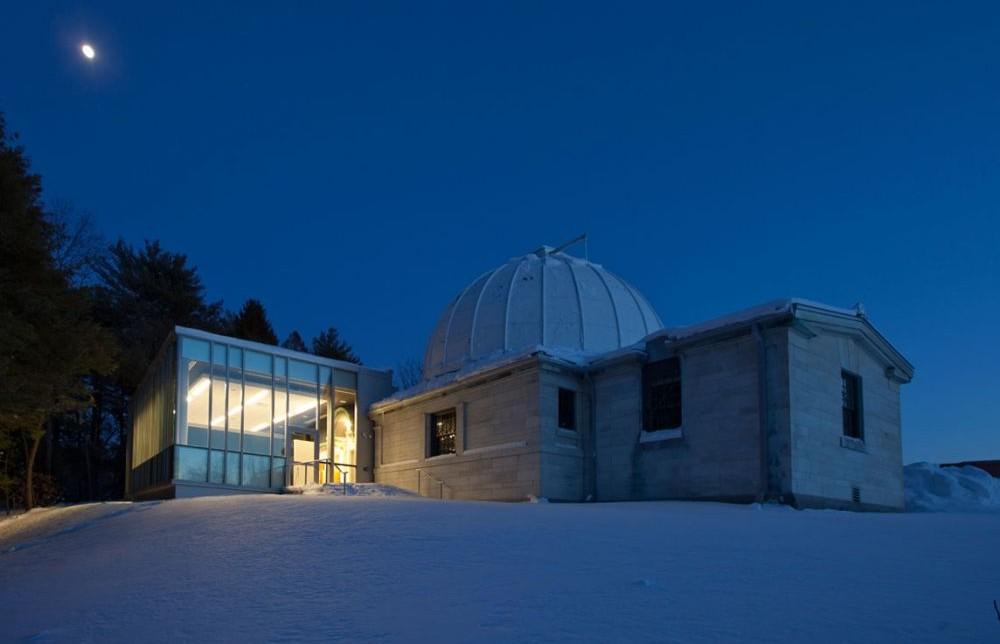 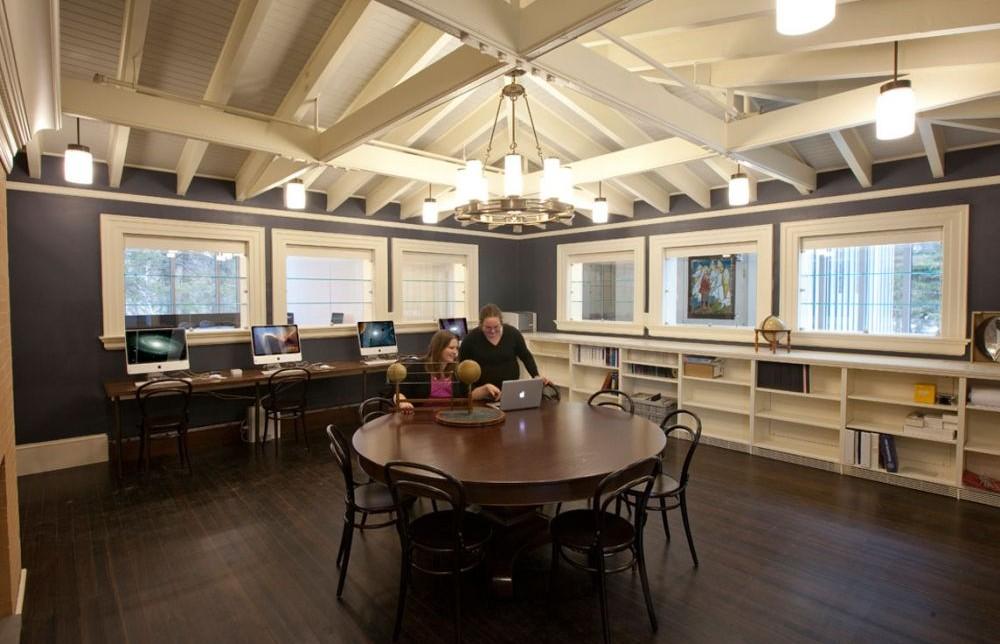 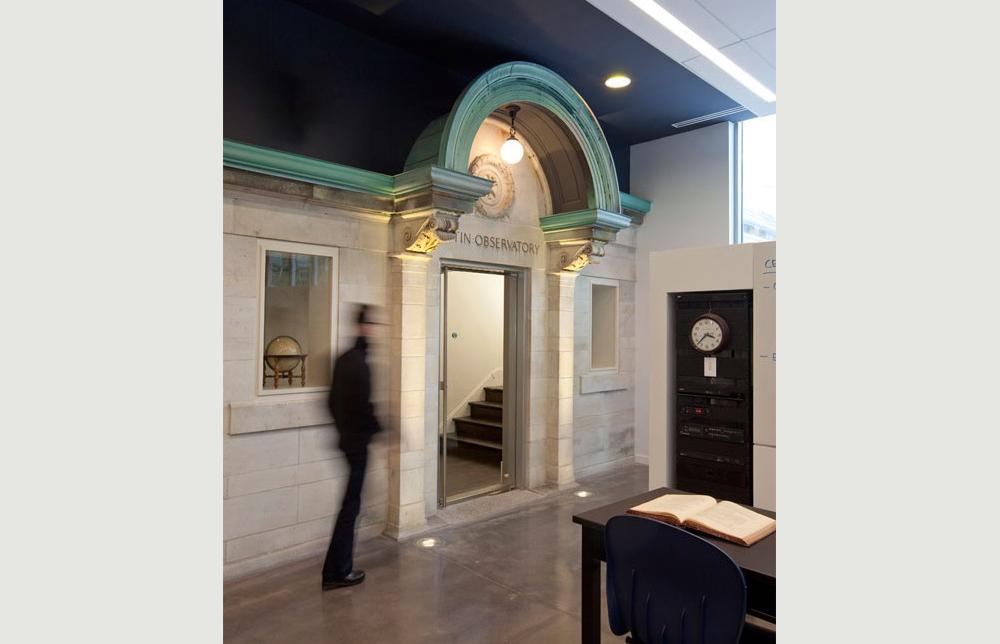 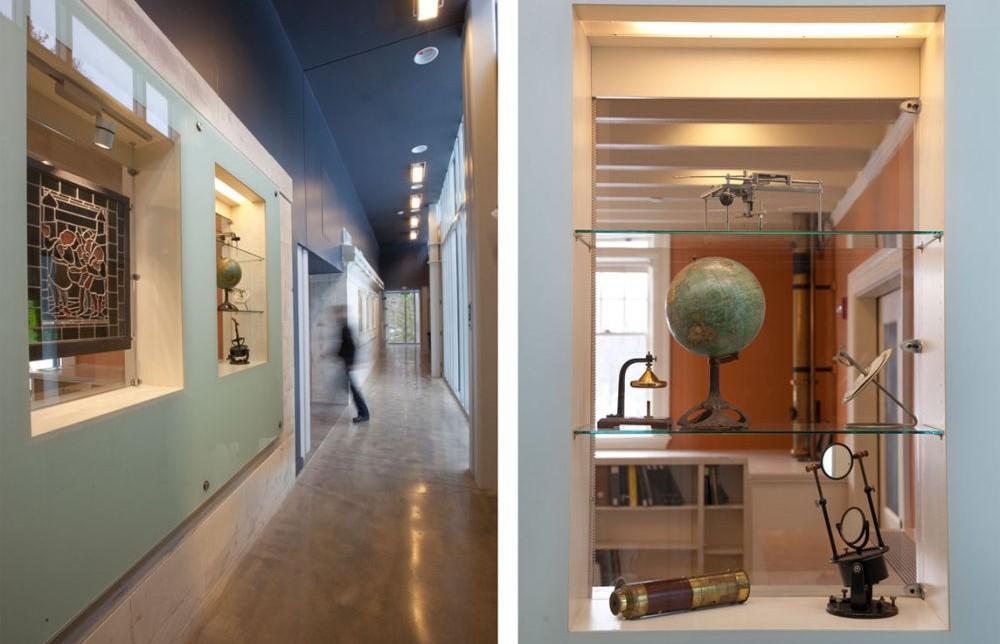 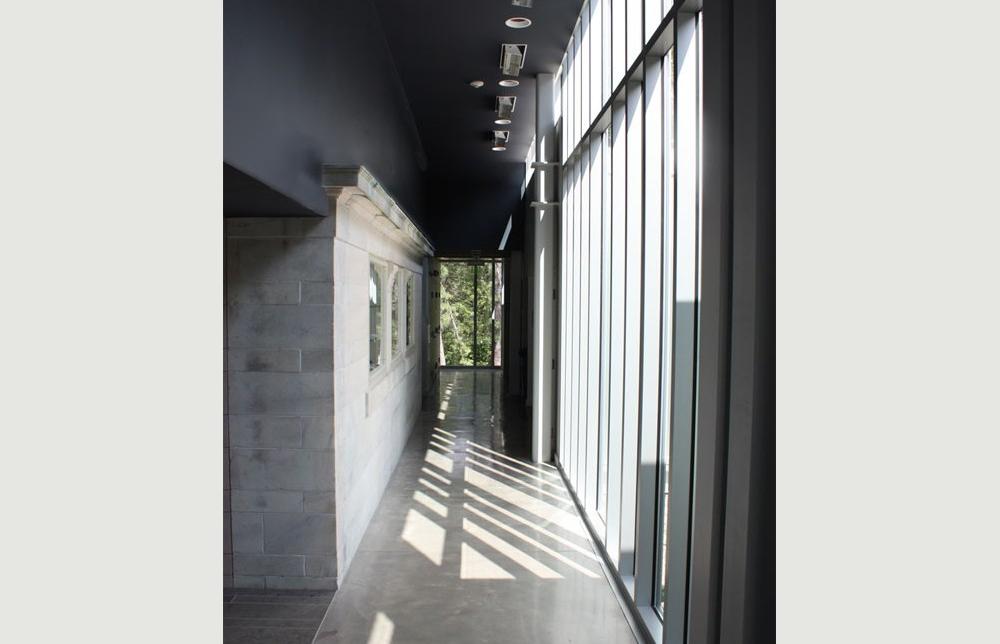 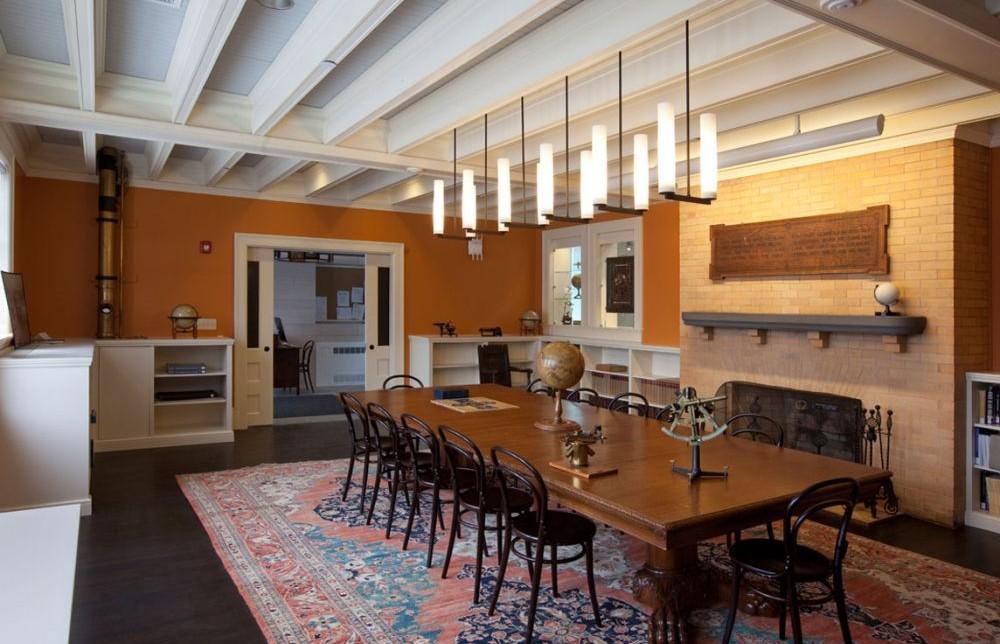 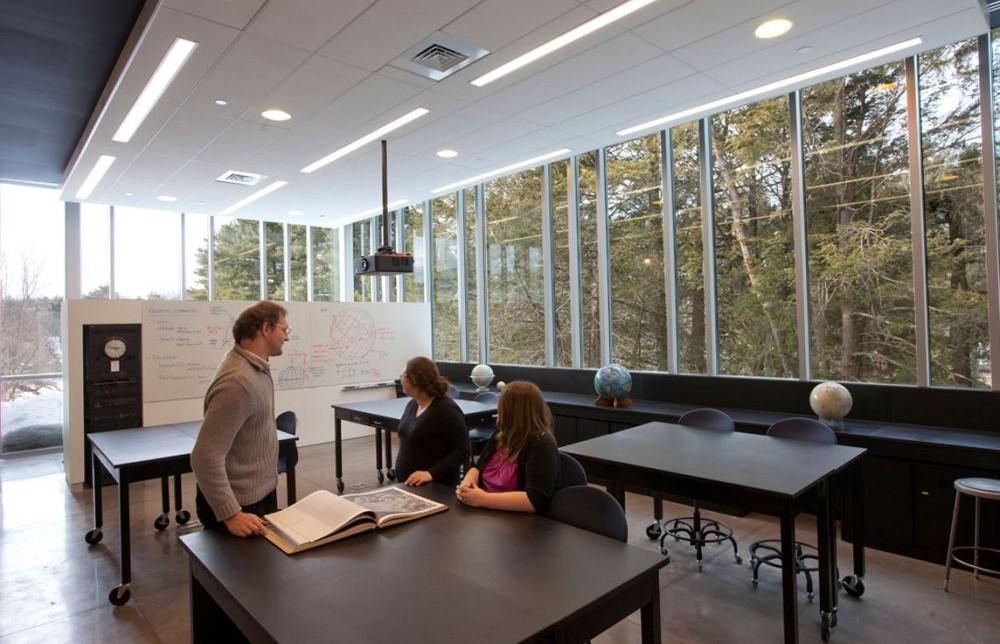 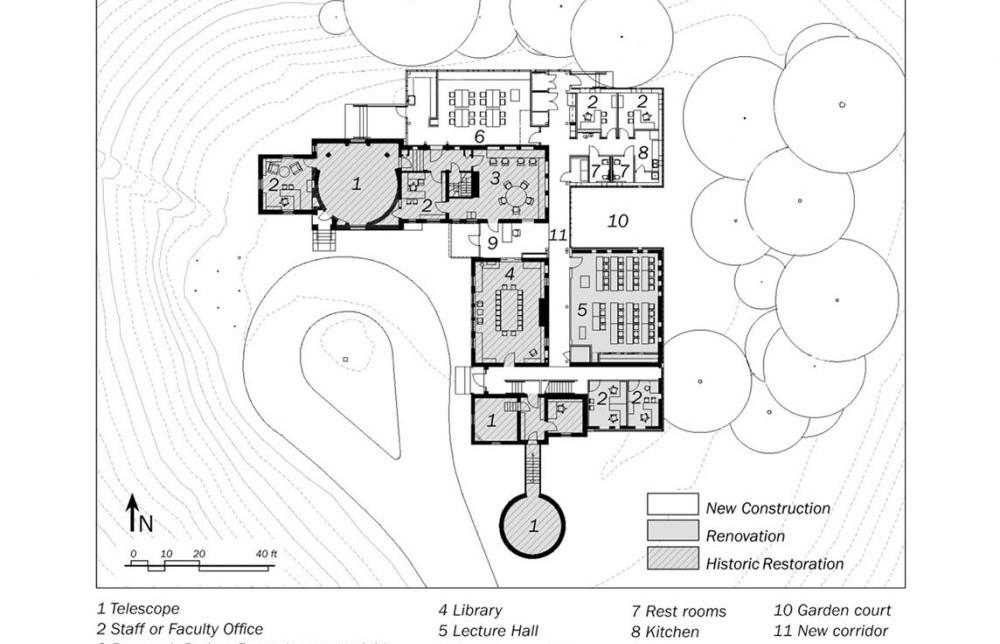 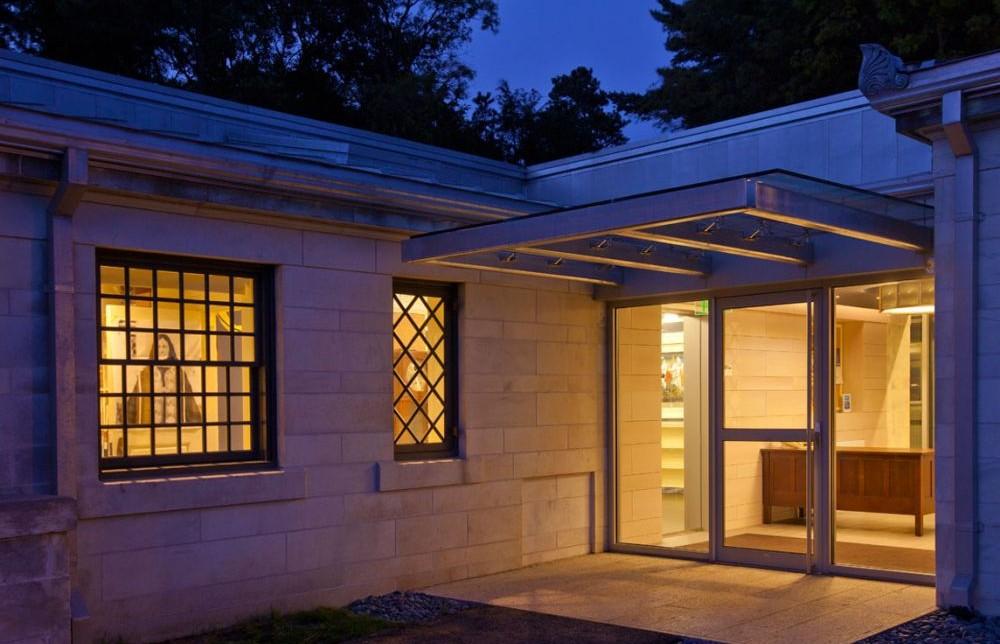 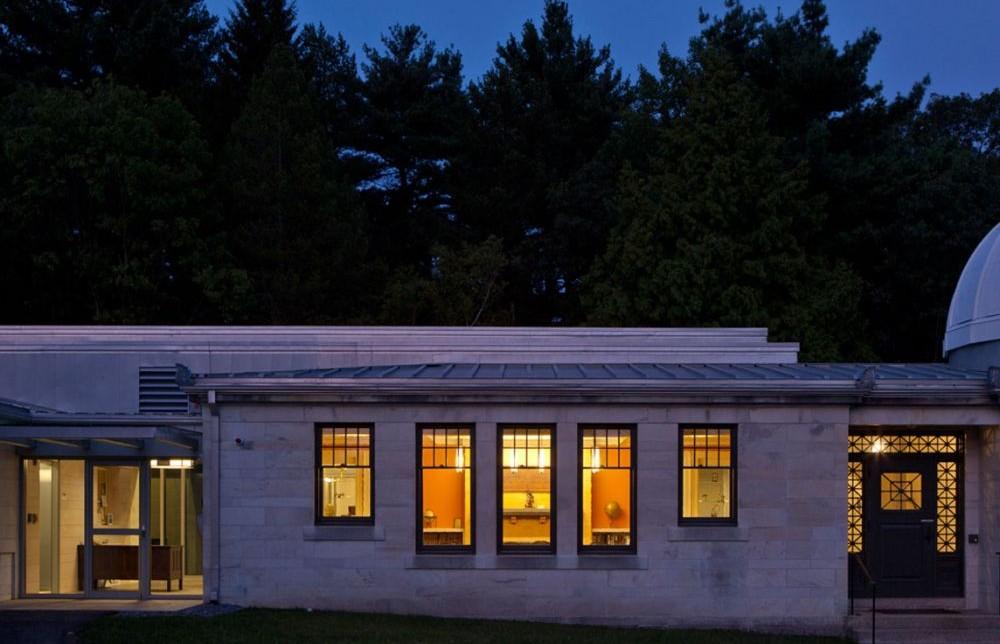 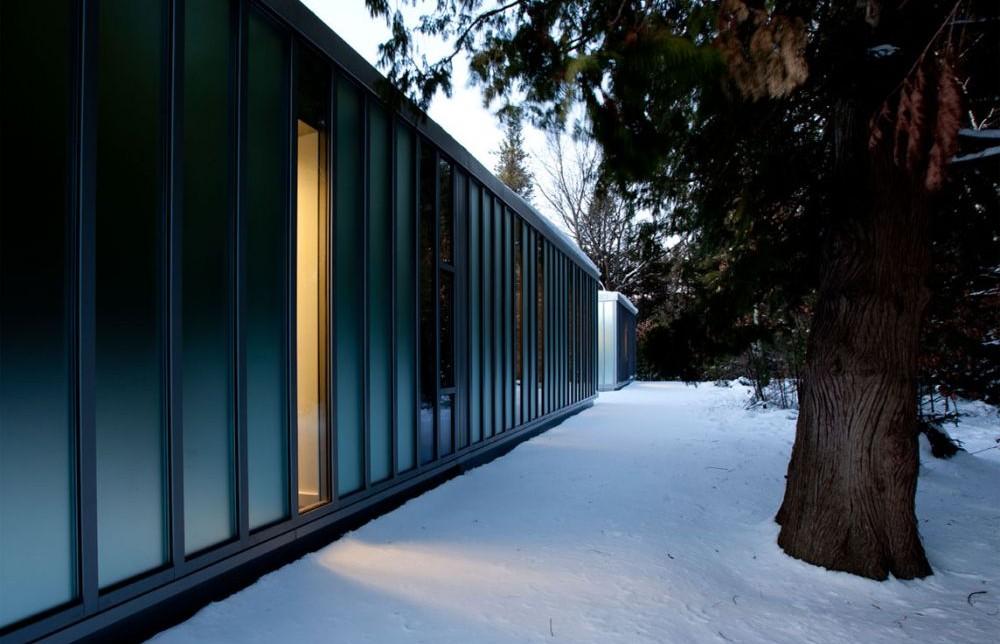 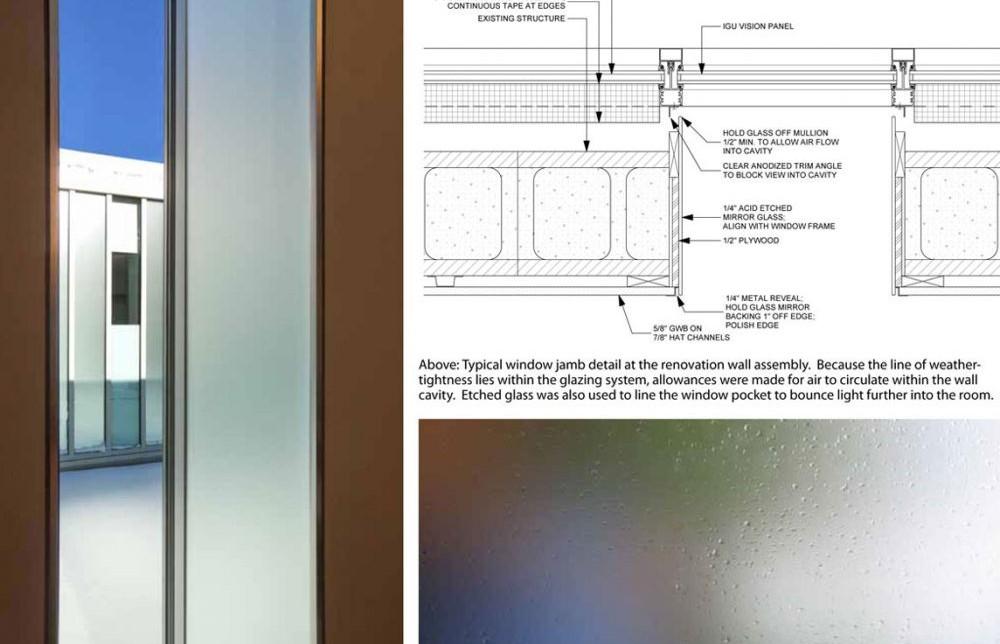 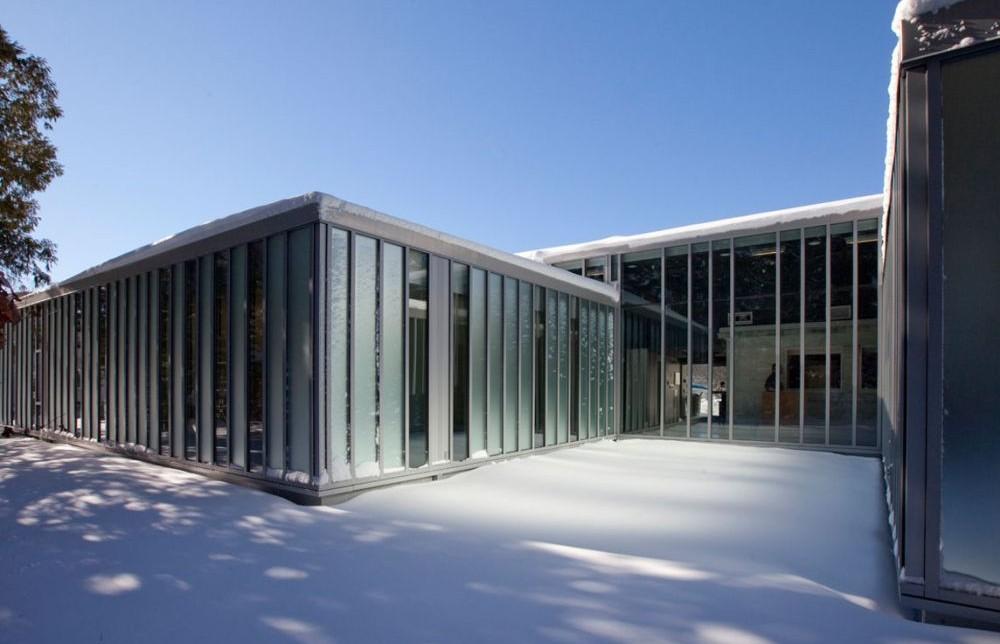 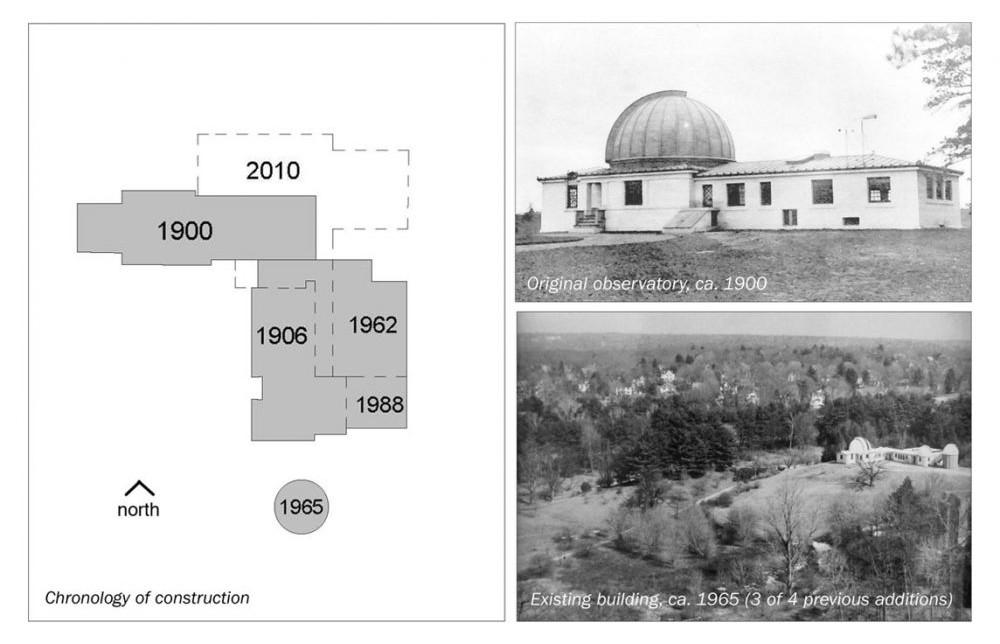 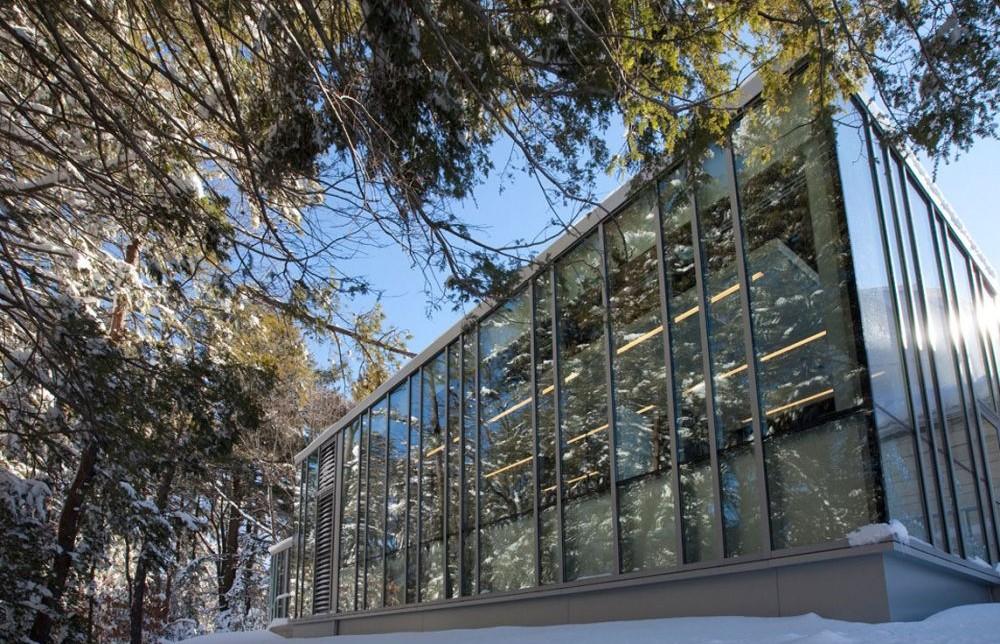 Since 1900, the Whitin Observatory has been home to the astronomy department at Wellesley College. By necessity, the original building was built on a hill within the campus arboretum, which is situated remotely from the heart of campus so that light from neighboring facilities does not interfere with nighttime observations. designLABs recent renovation and addition retains Whitin Observatorys identity as a 19th century pavilion amid the lush, bucolic woodland while enhancing its mission, functionality, and identity.

The programmatic challenge was to integrate the astronomy curriculum with the rest of the sciences at the College with a 1,800 SF addition. This goal was realized by designing the addition as a new teaching lab which serves students across departments rather than designing a specialized lab only for astronomers. Associating astronomy and geosciences provided a poetic metaphor for a reconceived observatory that links heaven and earth!

In addition to considerations at the campus scale, the internal organization of the building presented an equally difficult challenge. Since 1900, four different additions were made resulting in a building with no central circulation plan occupants traveled from room to room, disrupting use and a disjointed collection of architectural styles. A linear circulation spine became the organizing device around which the historic rooms of the original observatory were connected to the state of the art 21st century facility. The library and research project room better serve their uses as learning spaces now liberated from their burden as circulation paths. The new corridor, naturally lit by an east-facing clerestory, also functions as a gallery for the display of astronomy artifacts and objects that contribute to the legacy of the place. This active central artery is at once a social space for interaction and a portal through which the arboretum is viewed.

Additional Information
The material selected to cover the addition was an acid-etched, mirror-backed glass. The film backing reflects the surrounding context, allowing the walls to disappear into the lush woodland. The ever-changing context of sun light, color, passers-by, weather, and foliage are continuously played back in the surface of the building, abstracted by the matte finish. There is a softness exploited here not typical of clear glass. Although a contemporary material, it was selected in deference to its handsome marble forbearer.