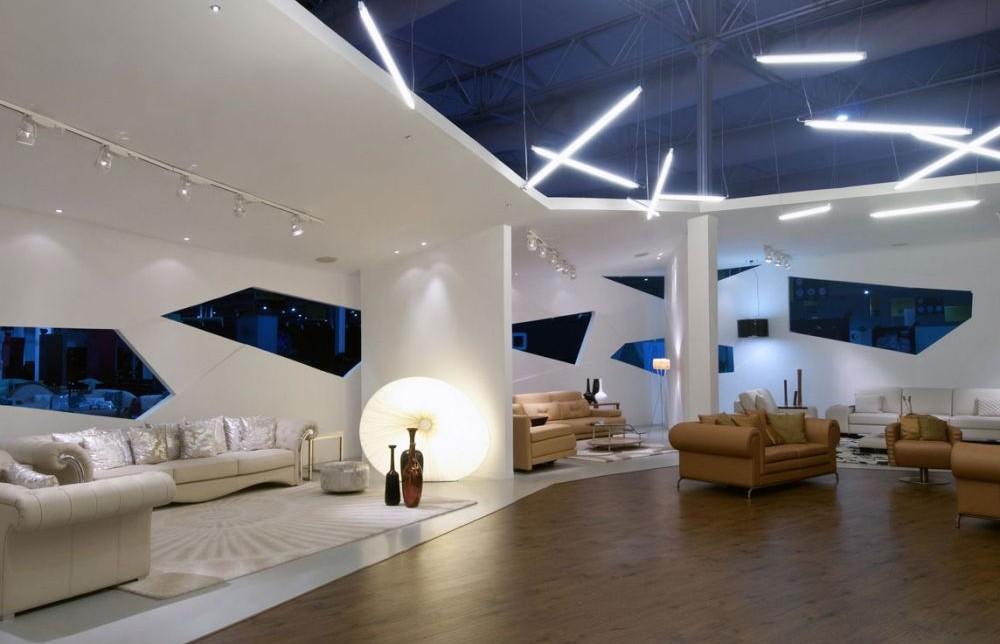 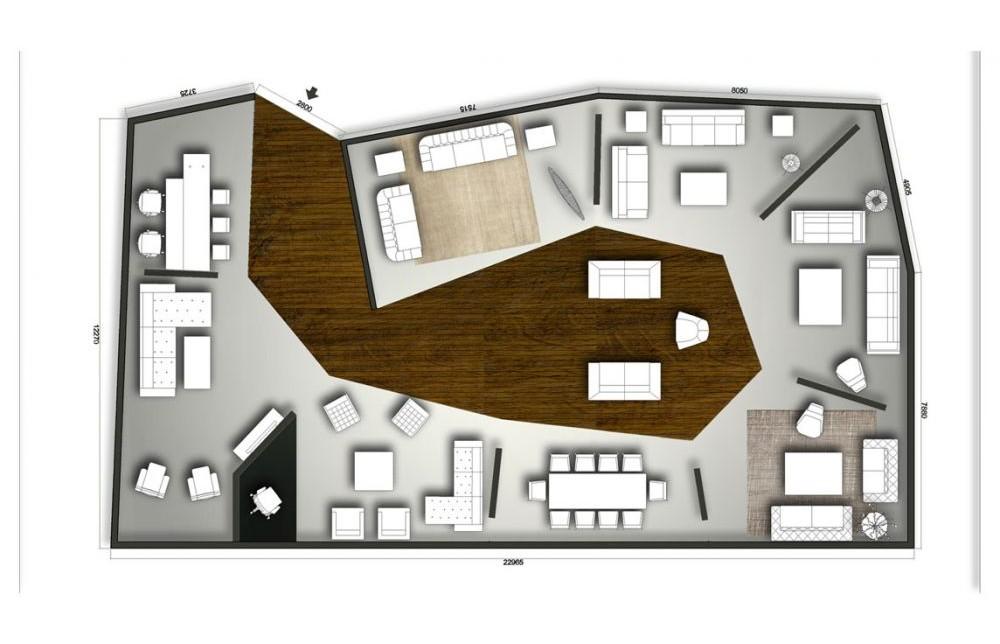 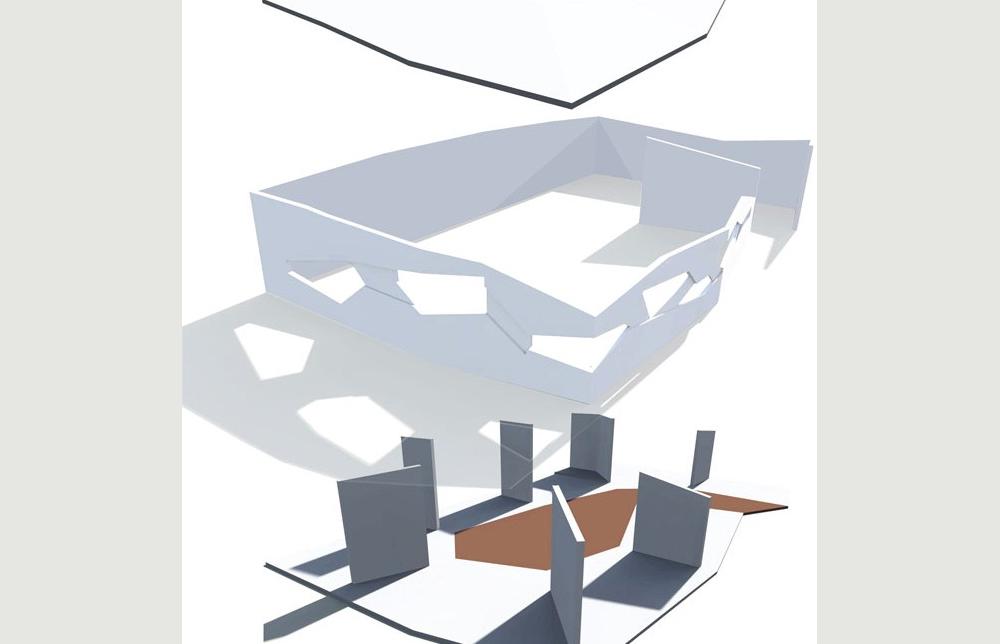 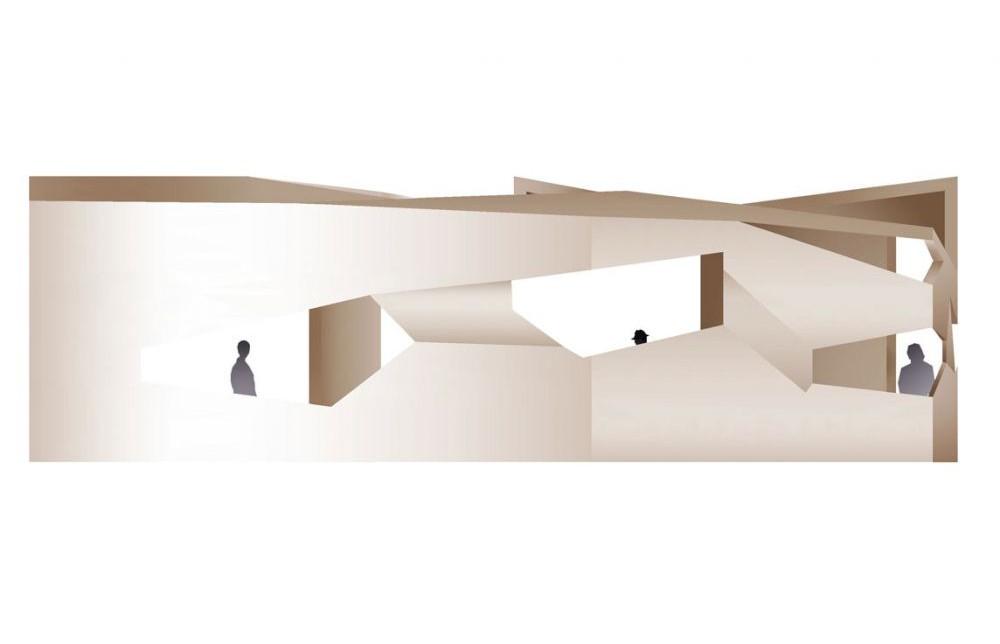 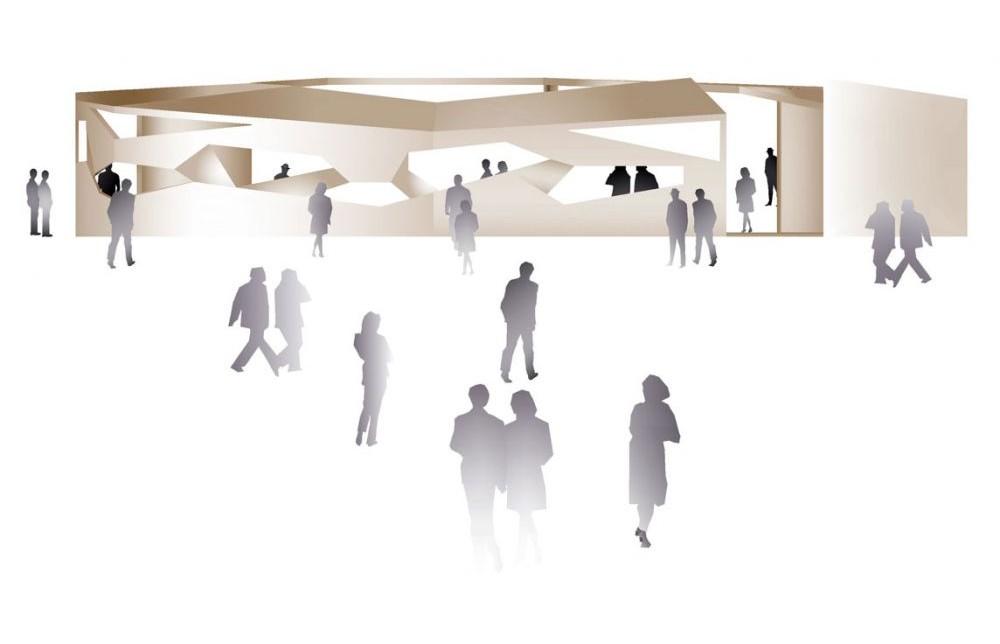 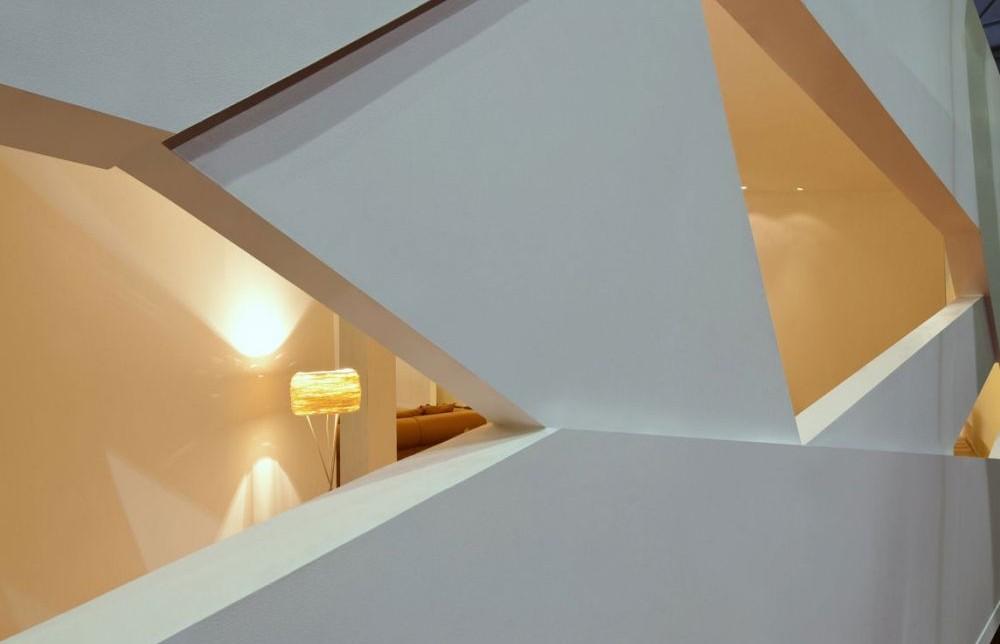 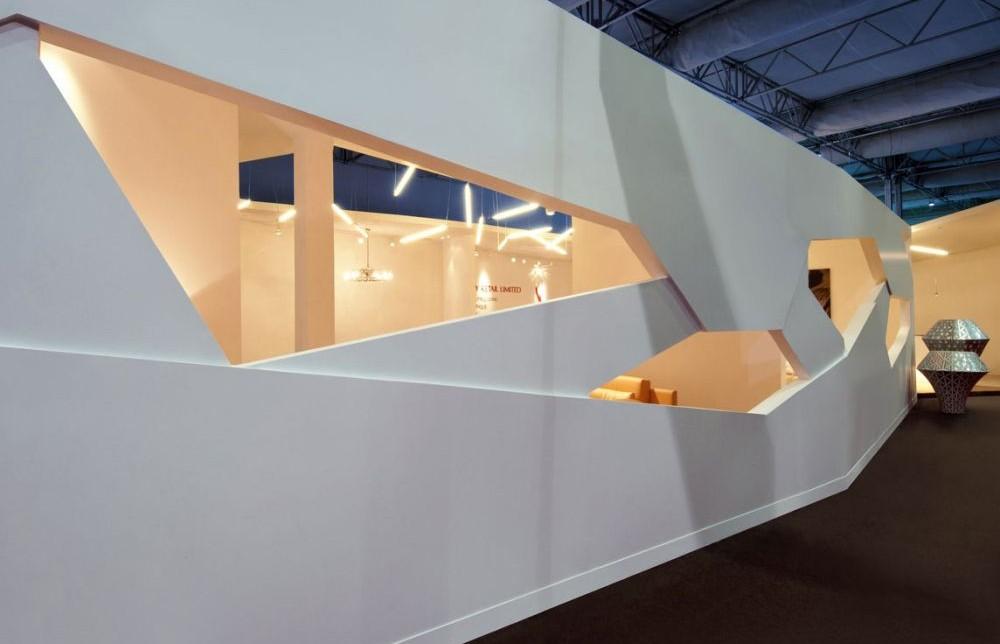 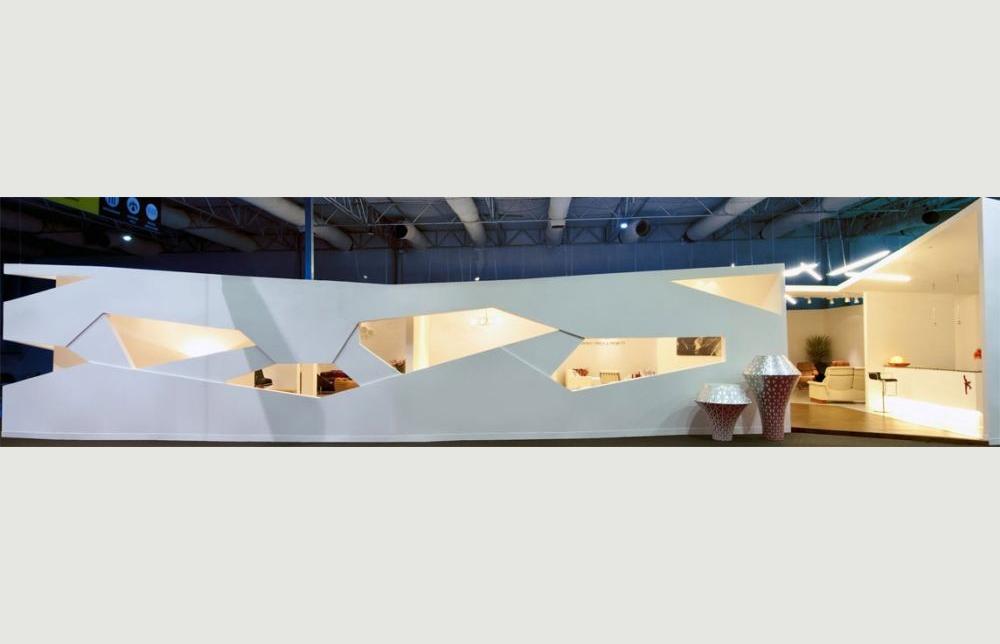 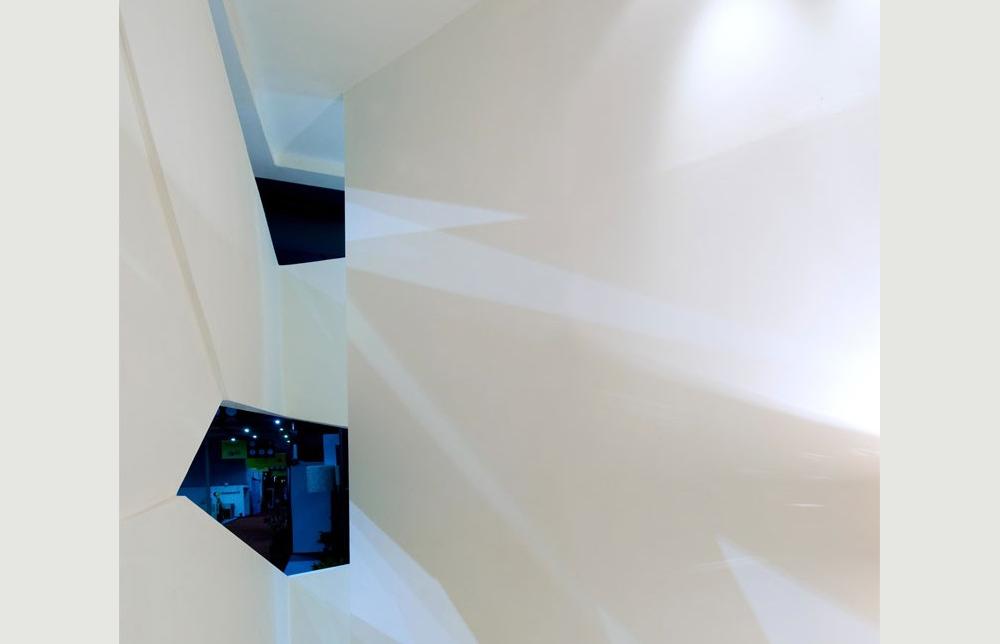 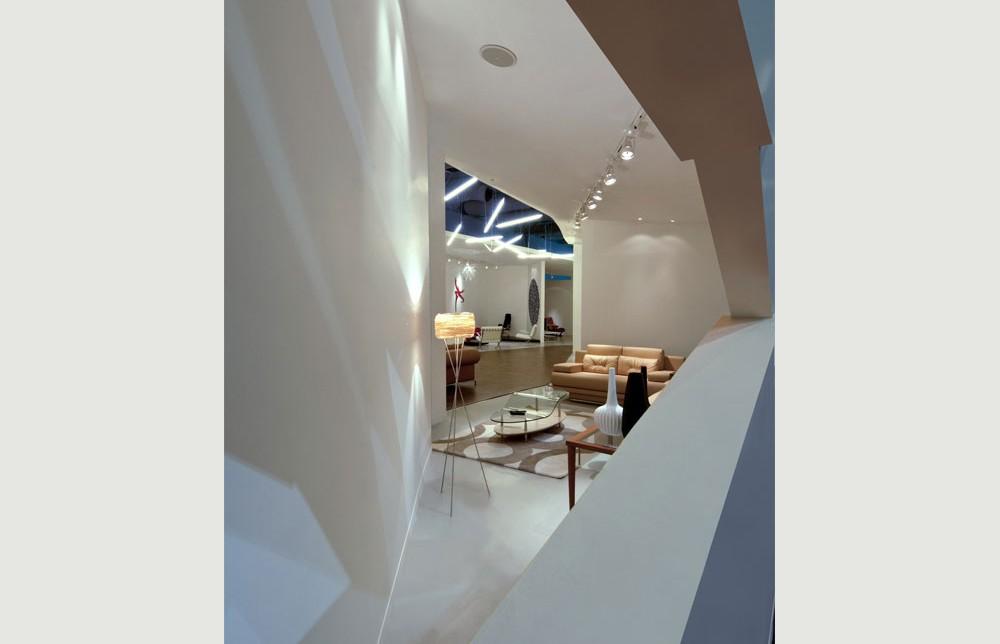 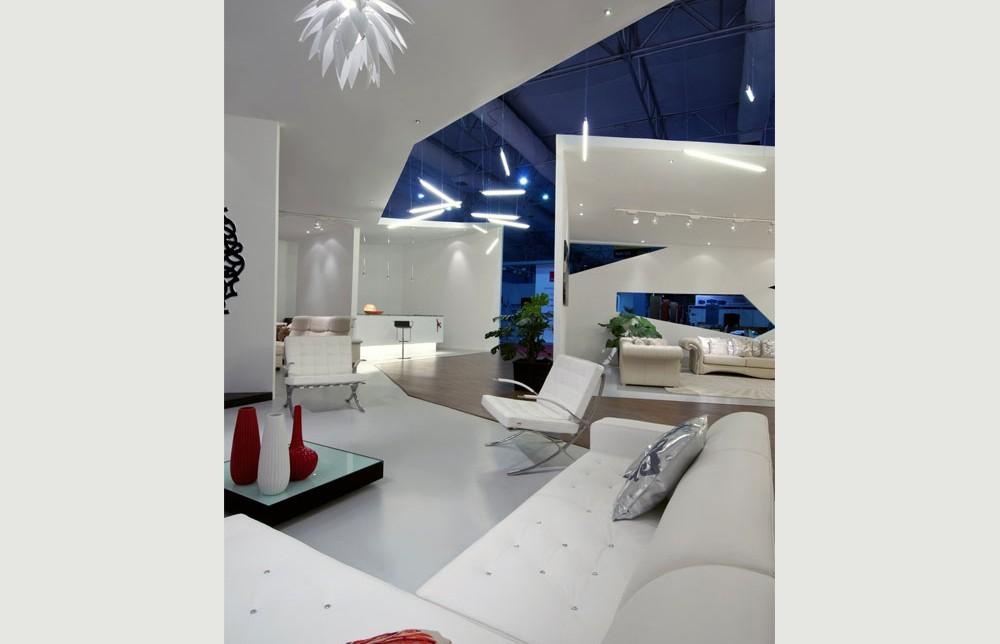 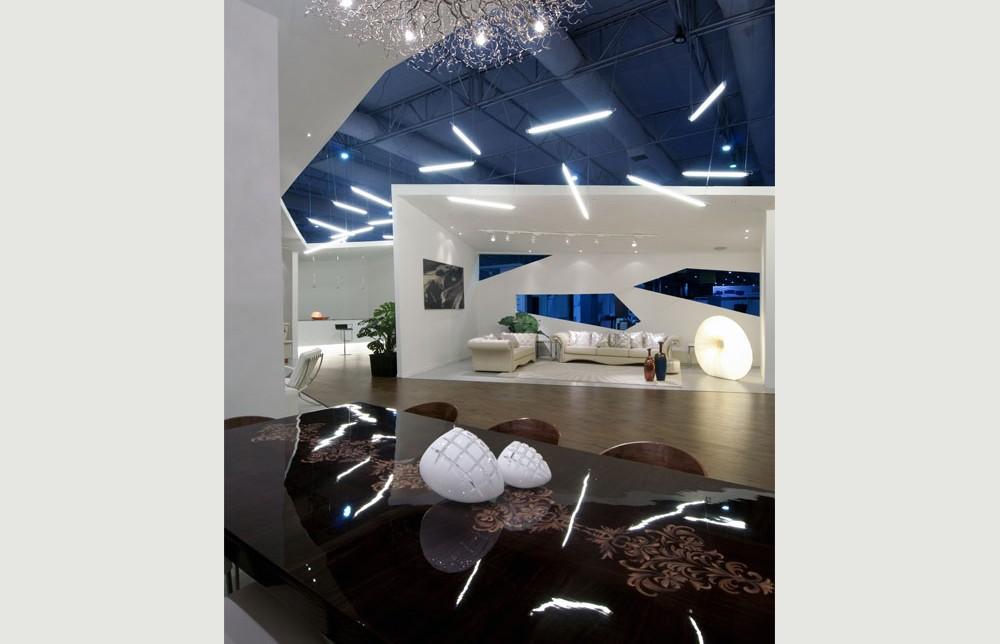 WEDGE-1 is the latest of architectonic explorations by the firm in creating projects which are highly refined in architectural morphology and yet fulfilling the programmatic agenda of the brief.

The project was initiated by one of the leading furniture manufacturer to showcase their new collections in a trade-expo. The design direction was to showcase a prototype of stand-alone stores, the company was intending to build in prominent metros across the country.

The project came to the studio with barely 20 days left for the launch. Design, detailing and construction of the pavilion had to be finished during this tight schedule. The strategy was to keep the detailing as simple as possible while achieving some credible design innovation.

The architectural intent was to dissect the simple shoe box and manipulate the architectonic character of the box in the most economical way. The project had a very stringent budget limit and delivery schedule

The name WEDGE comes from the character of the spaces within the dissected box, which largely are trapezoidal.

The space has been organized as centripetal, pinwheel form as the central gathering space holds the different wedges around its periphery with its undulating volumes and roofline.

The peripheral wall sets the tone of the encounter with the exhibits with its unique cut-outs, which reveal and mask the displays simultaneously to lure the public in.

This two dimensional cut-outs on the skin, transforms the project from a simple container of products to an architectural ensemble of multiple meanings and unparallel perceptual values.

WEDGE is painted white, including the exhibit floor to heighten the perception of encounter with the products.

The central gathering space has a series of light vectors 1200 mm long T5 lamps, which forms an enclosing canopy and fuse the space to complete the Box.