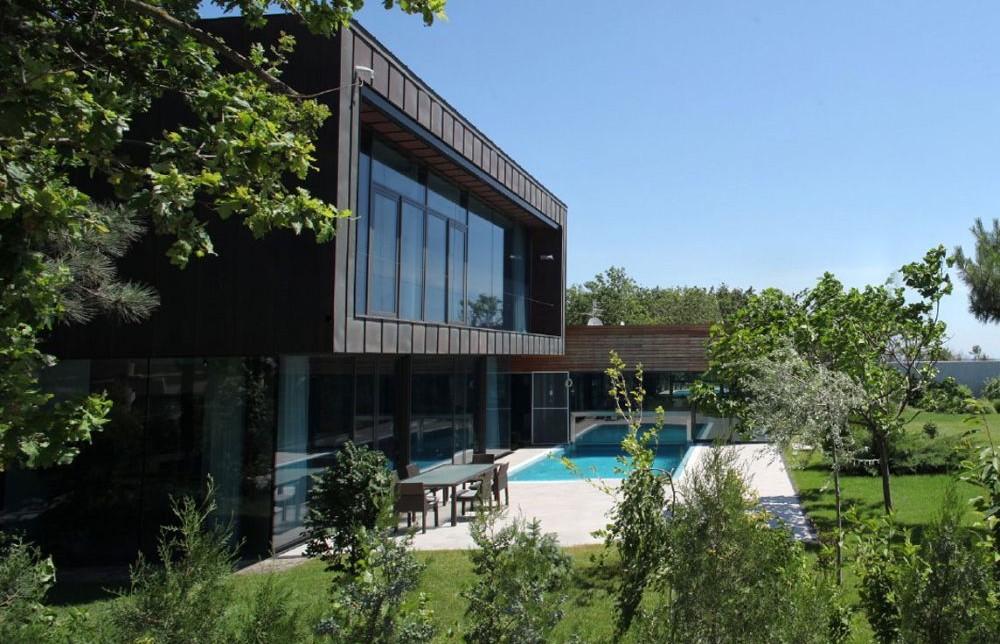 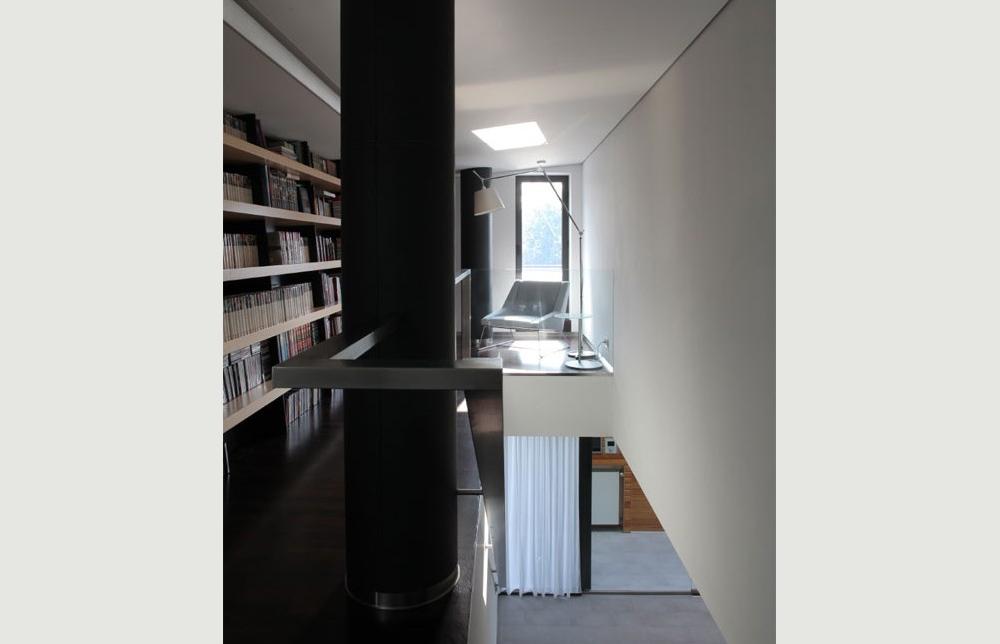 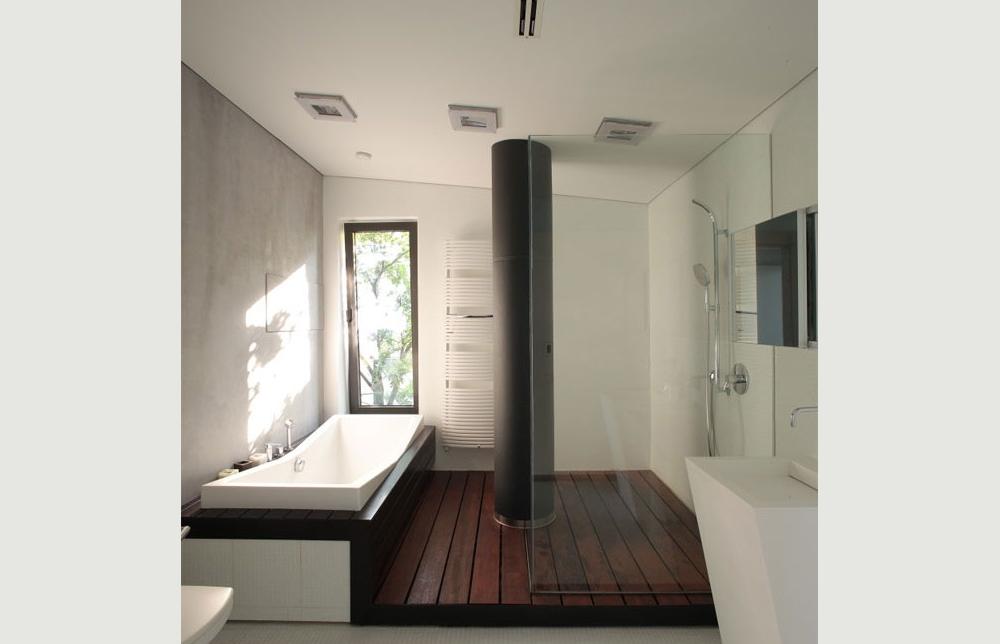 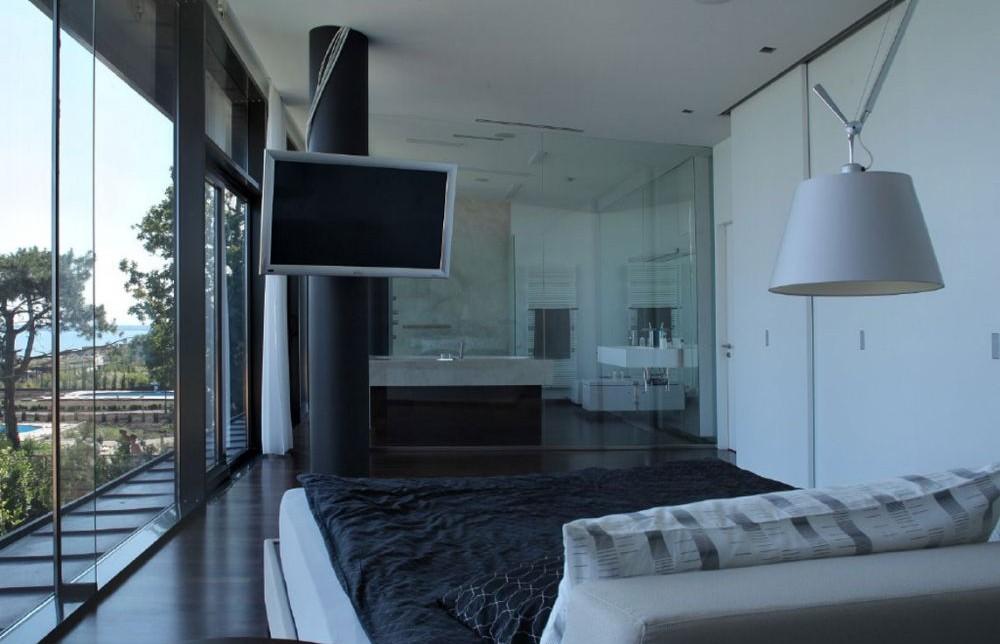 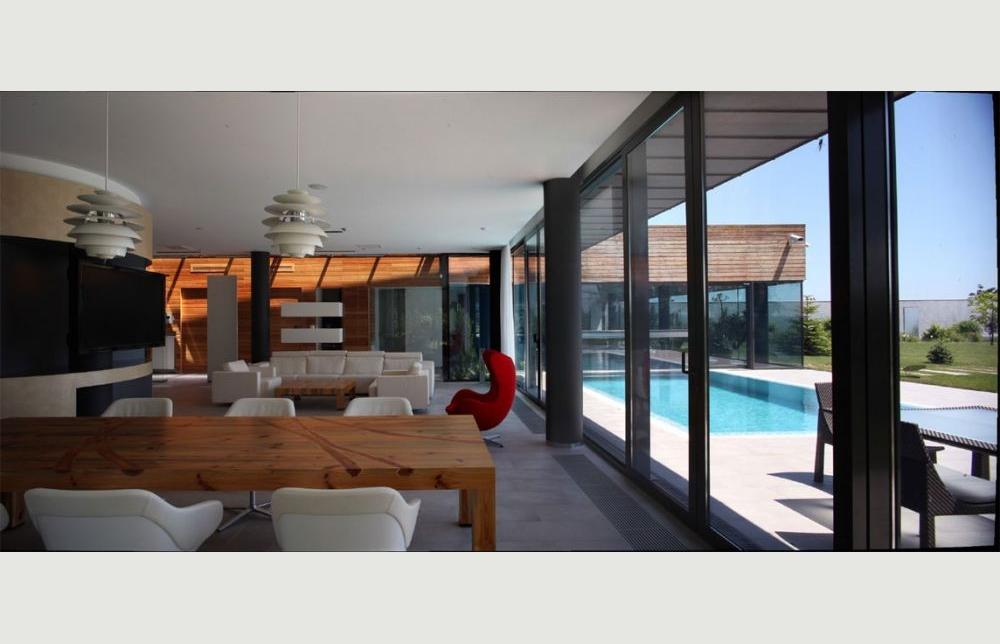 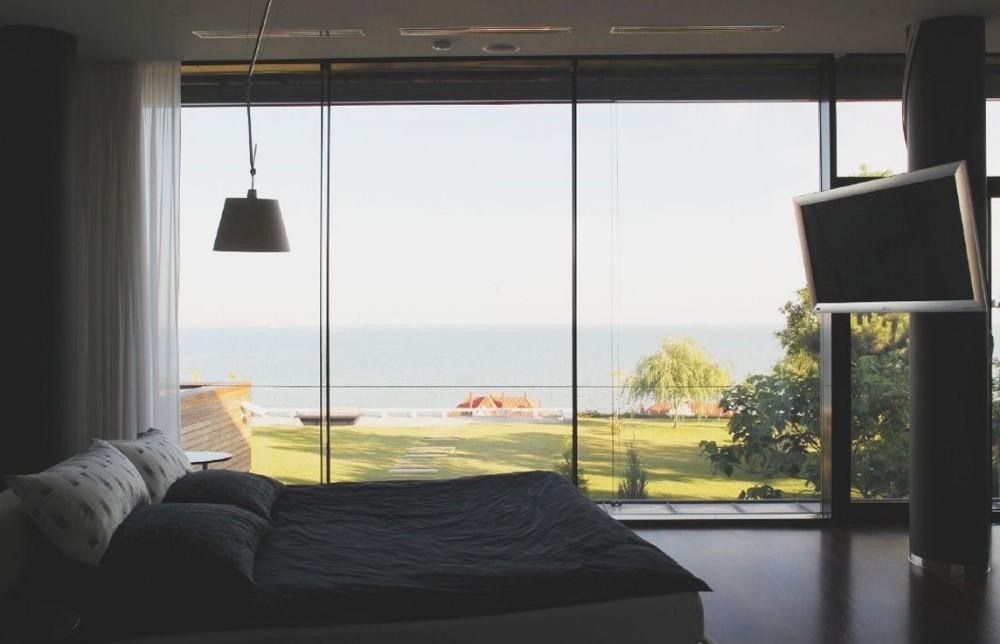 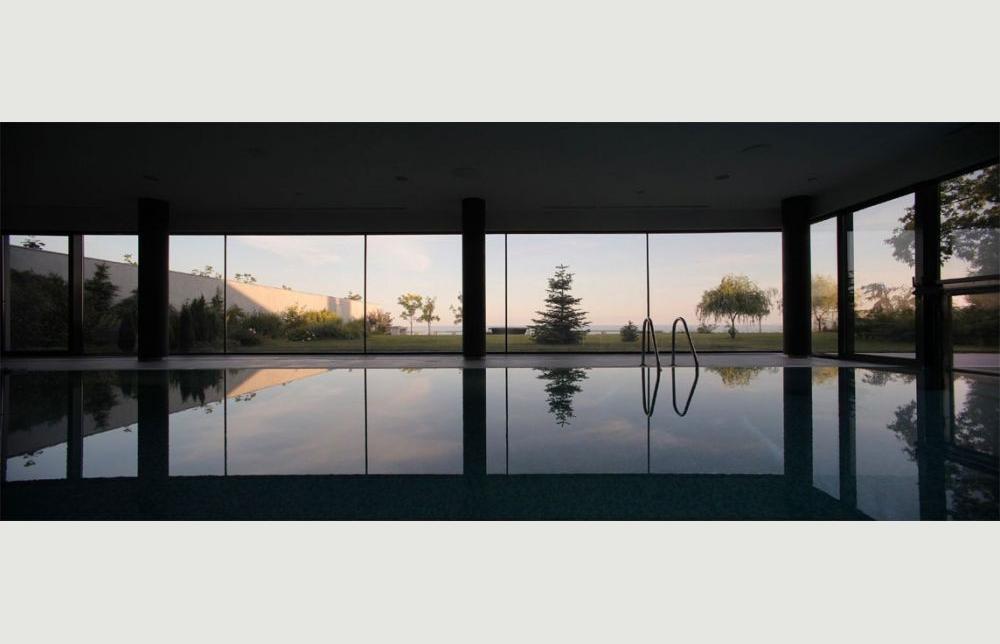 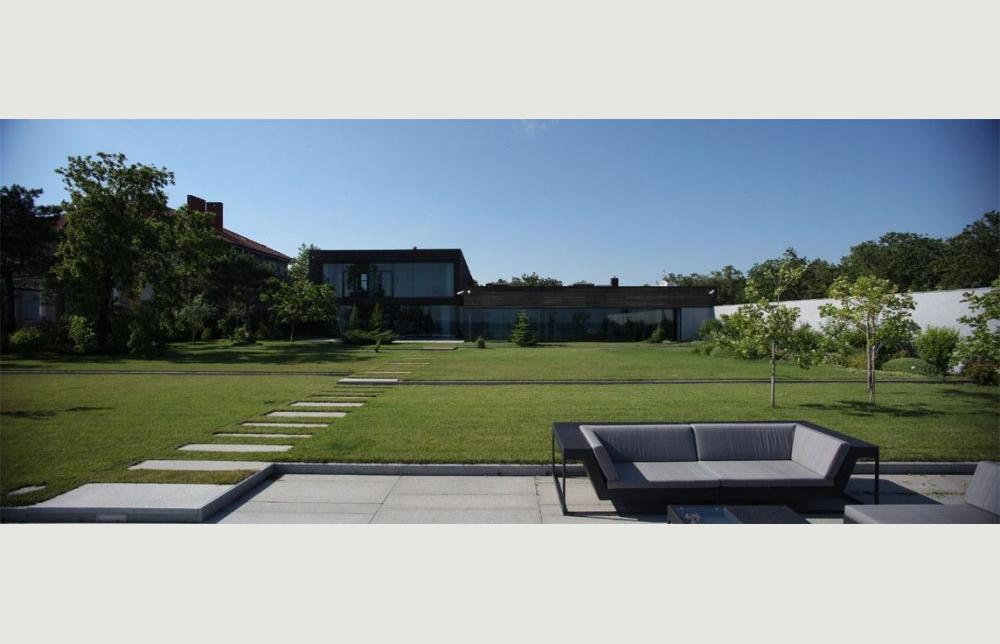 The plot is situated on the edge of a steep plateau and occupies the borderline position in the row of houses. This position invited a plentiful of interpretations of open and closed spaces.
One of the aims of this project was to create a harmonious interrelation between the house, the garden and the sea view. These three environments are placed each along its own line and they interact in a variety of ways, depending on the position of the observer.
The entire space opens towards the sea. In addition to the outer sea horizon, which is a typical feature of any seaside house, we introduced another water surface that of the swimming pool, which enhances the visible proximity of the sea. The swimming pool is composed of two parts that can be separated or joined together depending on the season. Water element is the heart of the house, which explains its name: Waterpatio.
The mirador, with its barbecue spot and a sofa, plays an important role in the entire composition. Being another strategic point alongside with the terrace near the swimming pool, it invites a different perception of the house and its surrounding.
Three basic materials were used in the construction of the house: Siberian larch, stucco that looks like Venetian stucco and copper. The latter acquired a noble tint in this coastal environment, which makes it look like rusty steel.