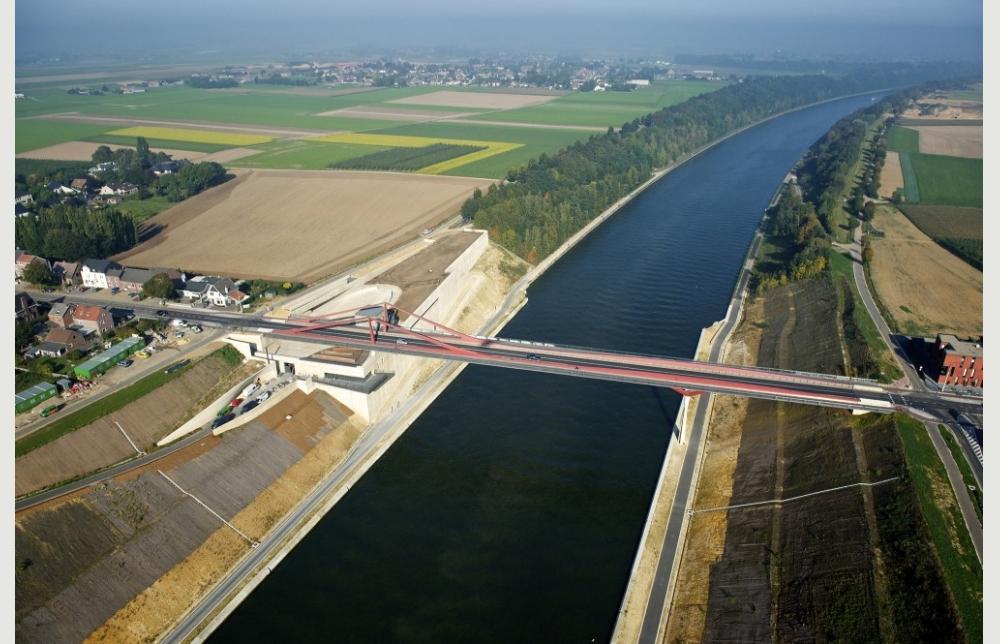 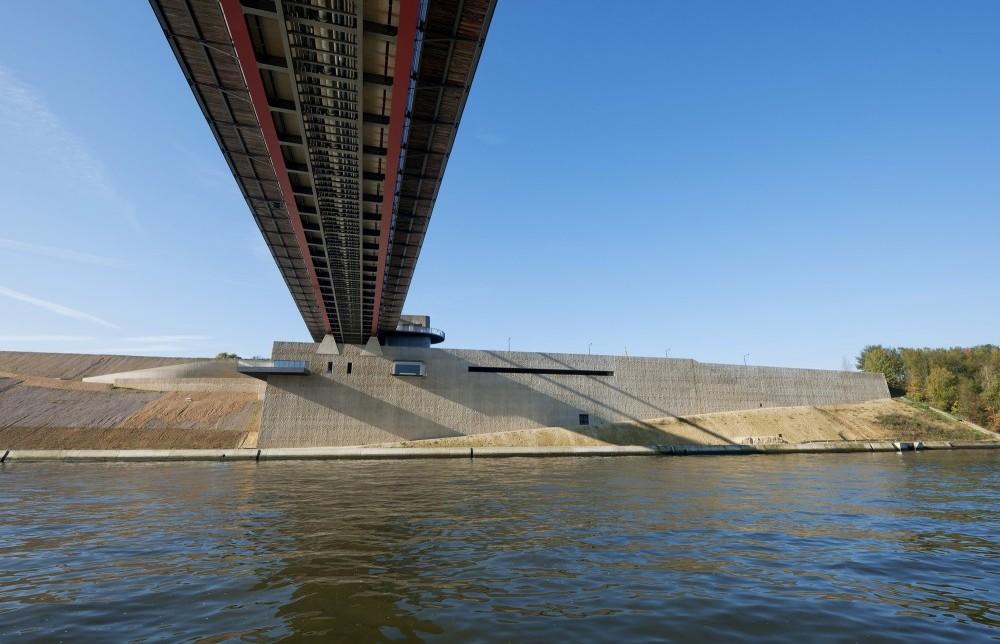 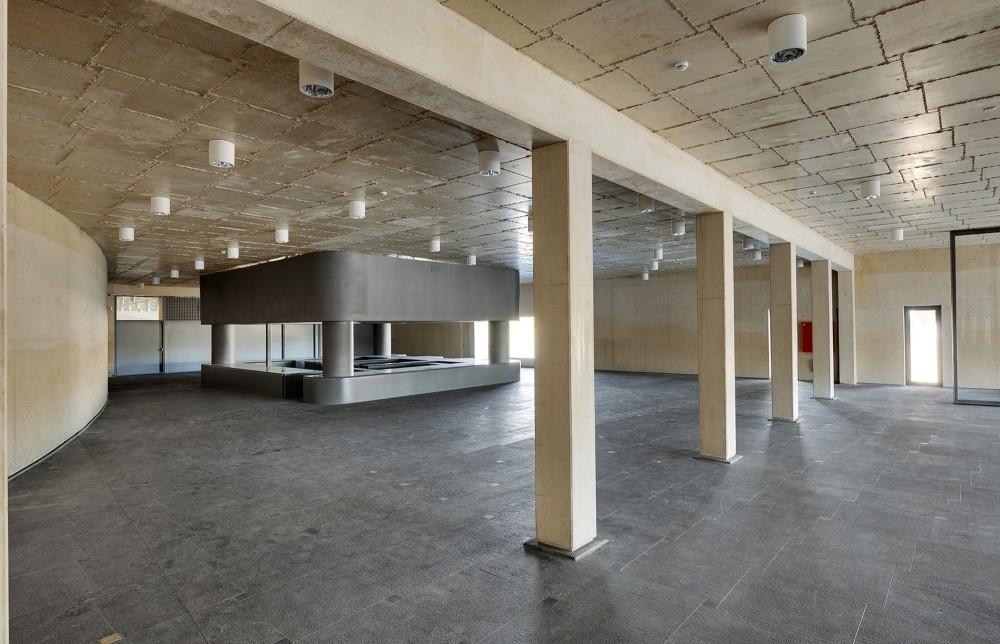 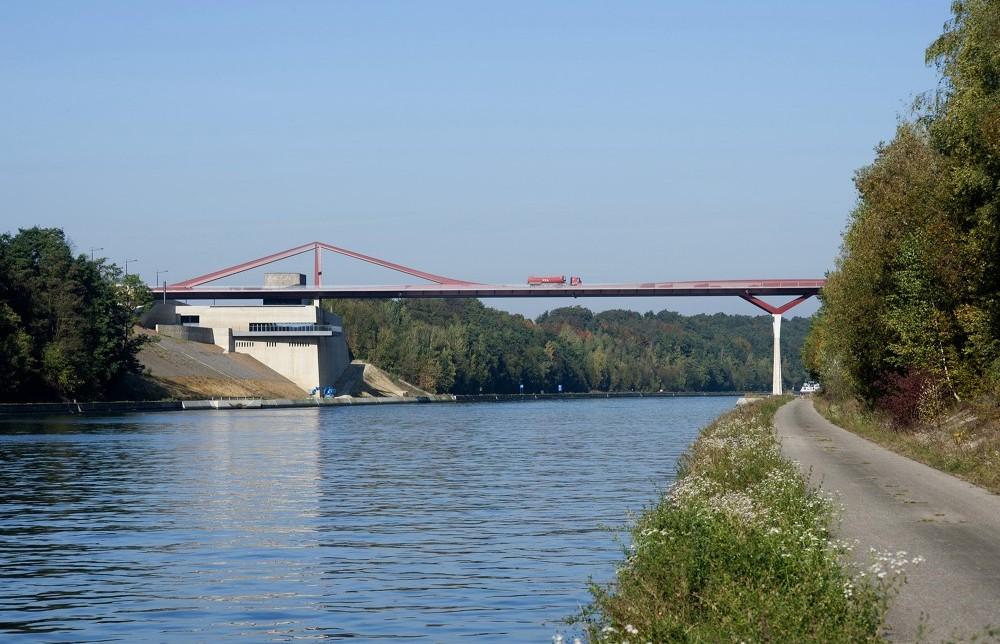 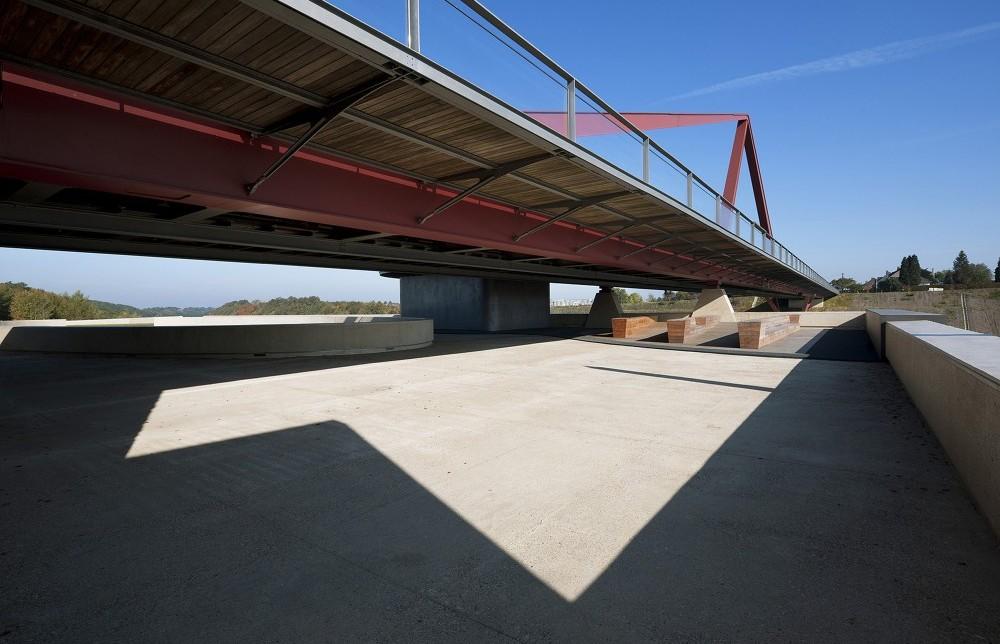 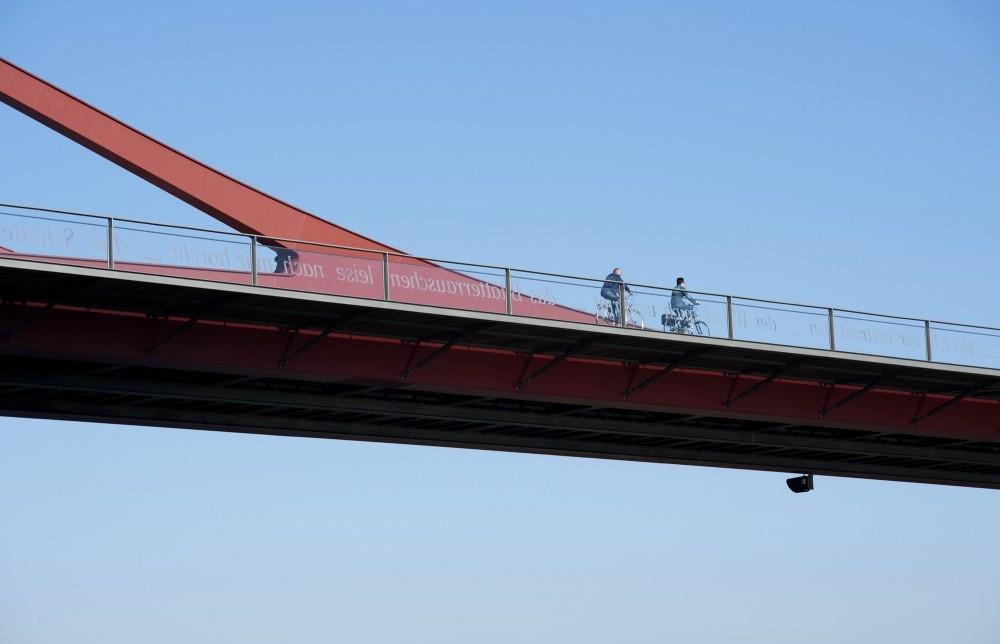 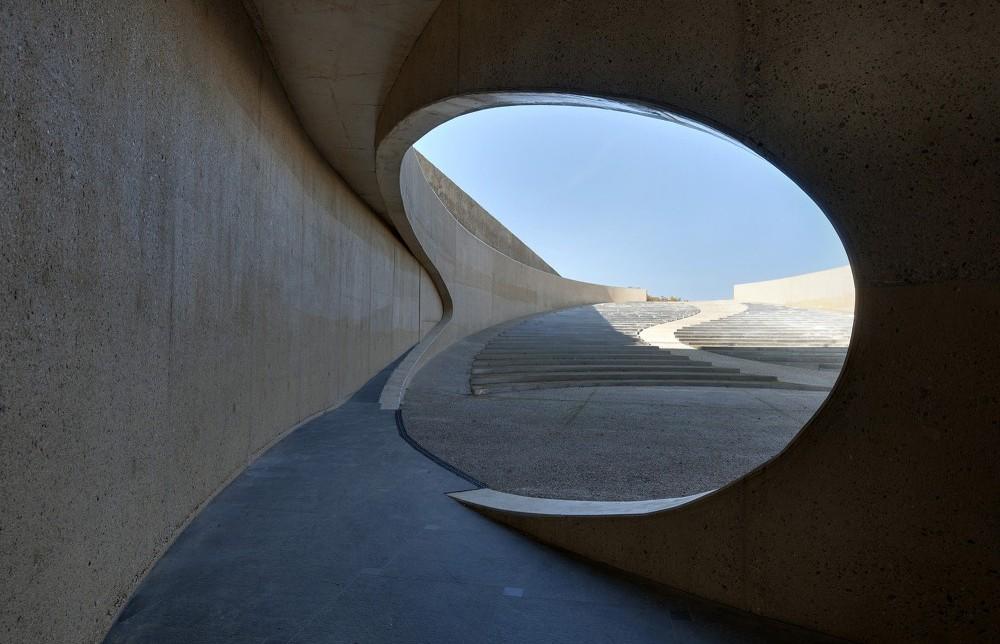 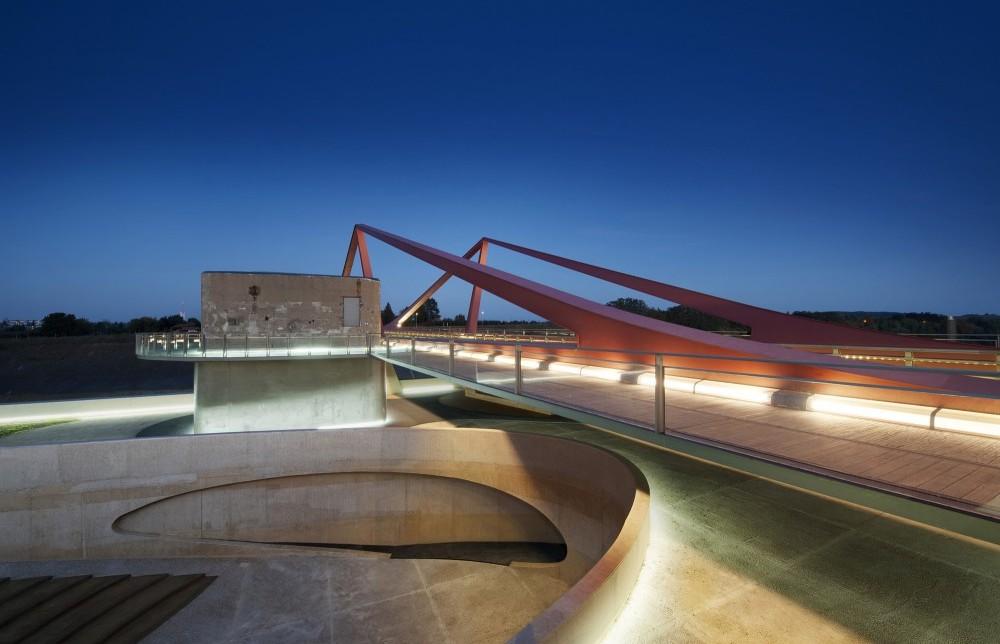 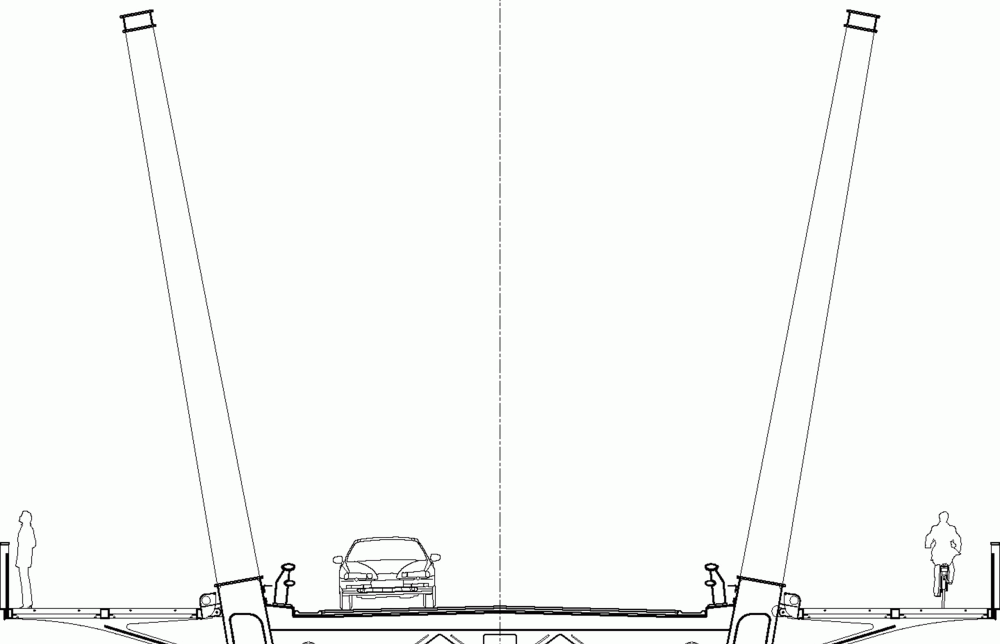 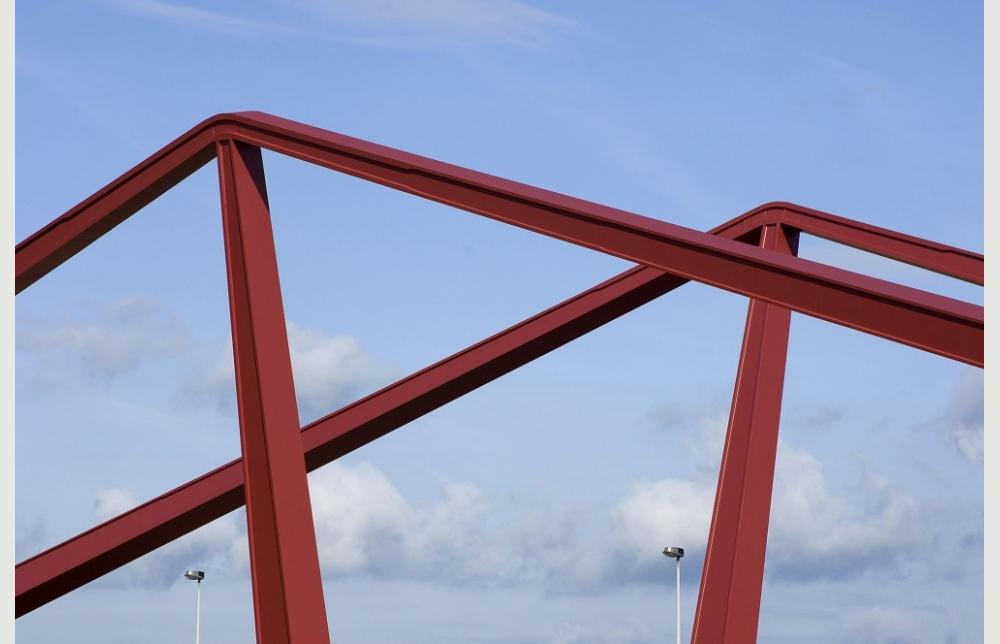 The bridge is a stayed structure with a total length of 195 m. Its deck consists of two lanes of 3.25m width with adjacent pedestrian and cycle routes. The total width of the bridge deck is 18,5m. The main structural bridge system consists of two steel beams with variable height. The form varies according to the stresses acting of the beams, resulting in a materialised force diagram visible from the deck. These beams are used on the one hand for separation of heavy traffic and pedestrians or cyclists, on the other hand for pushing the bridge to its definitive location. The bridge was constructed in two phases. It was firstly placed in parallel to the existing bridge by pushing and was used as a temporary passage for about 18 months. In the second phase the existing structure was demolished and the bridge was ripped laterally to substitute the previous structure. The brudge support on the Riemst side is a massive construction that combines the functions of a museum and a structural abutment for the bridge. The building is spread under the bridge and constitutes a connection that is both visual (between the bridge and the site) and temporal (referring to the site’s history). The museum integrates several multifunctional spaces, a café/restaurant and an amphitheatre where cultural activities are organised. The external walls of the building are 170 m long and made of textured concrete so that they can be used as climbing walls. The focus of this building is the information centre on second world war. The tale of the war is illustrated in an artistic way using multimedia elements. The original bunker is maintained over the new building as the sole witness of the german invasion that took place 70 years ago. Particular attention was given to the roadworks and their implication through the different construction phases, since the project is a landmark gate to the Flanders region for visitors coming from Maastricht.