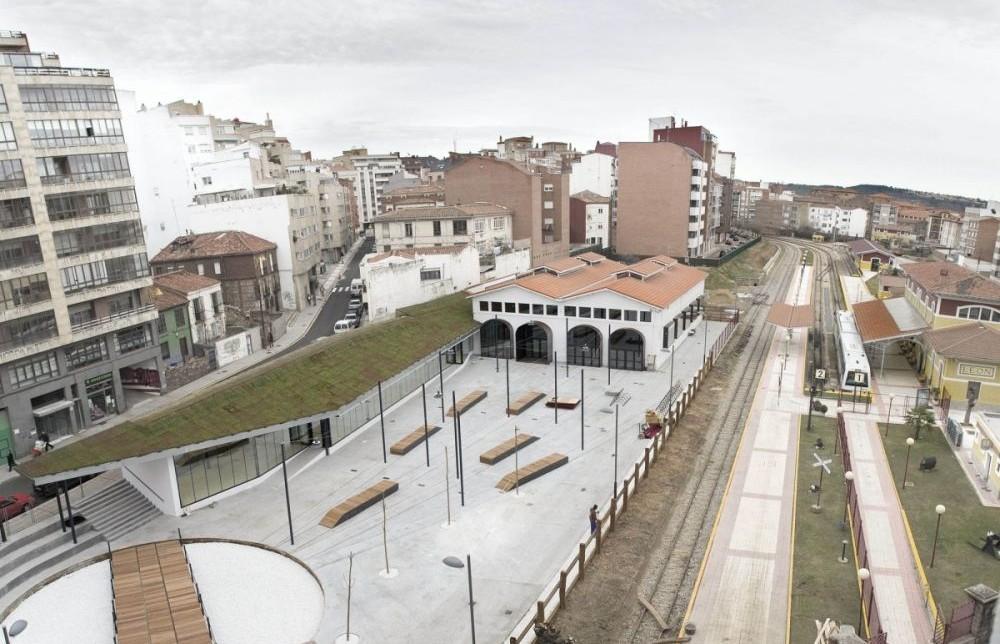 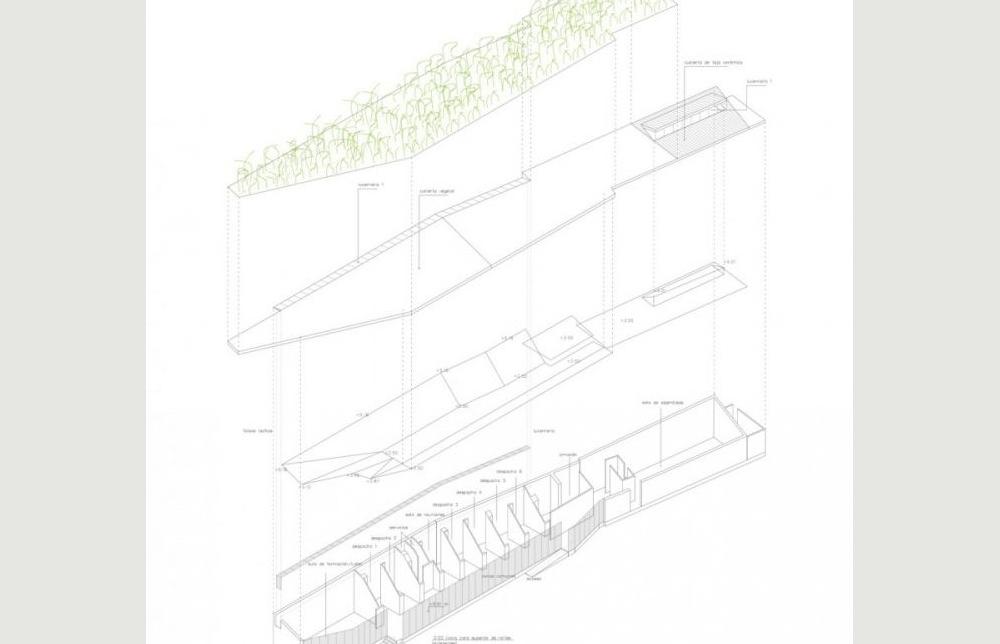 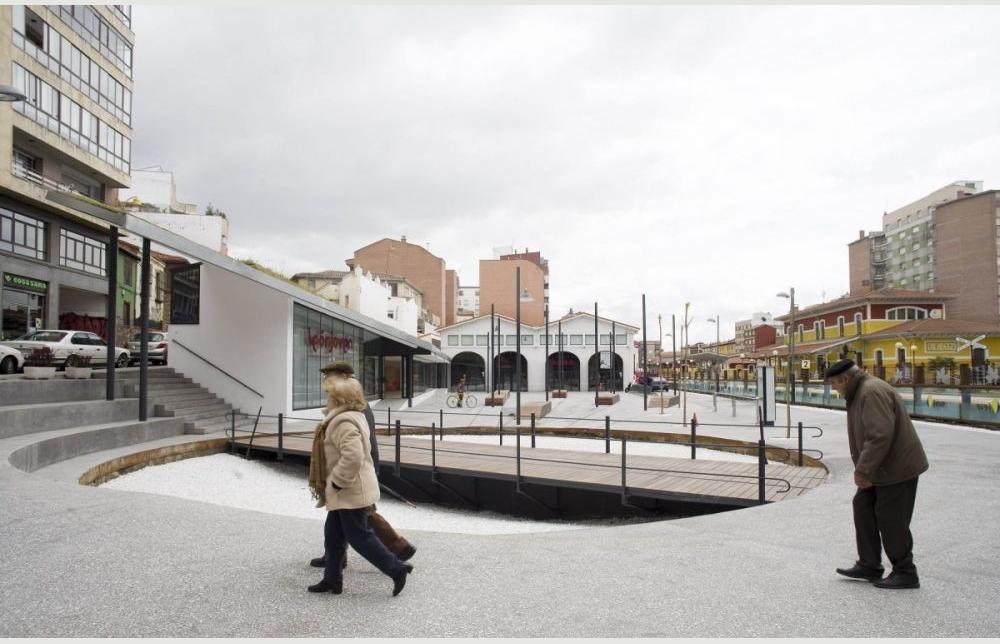 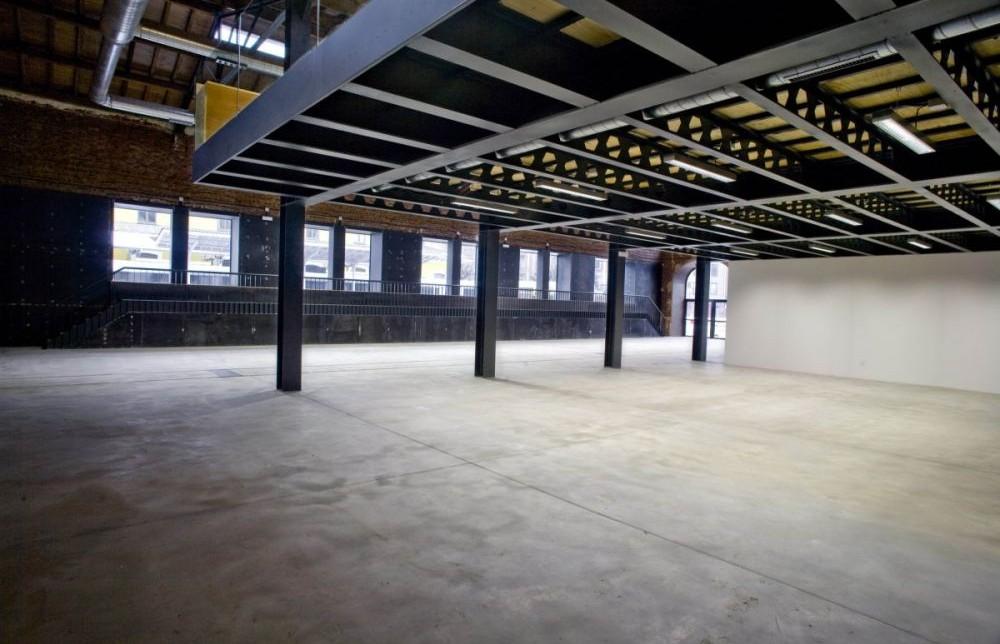 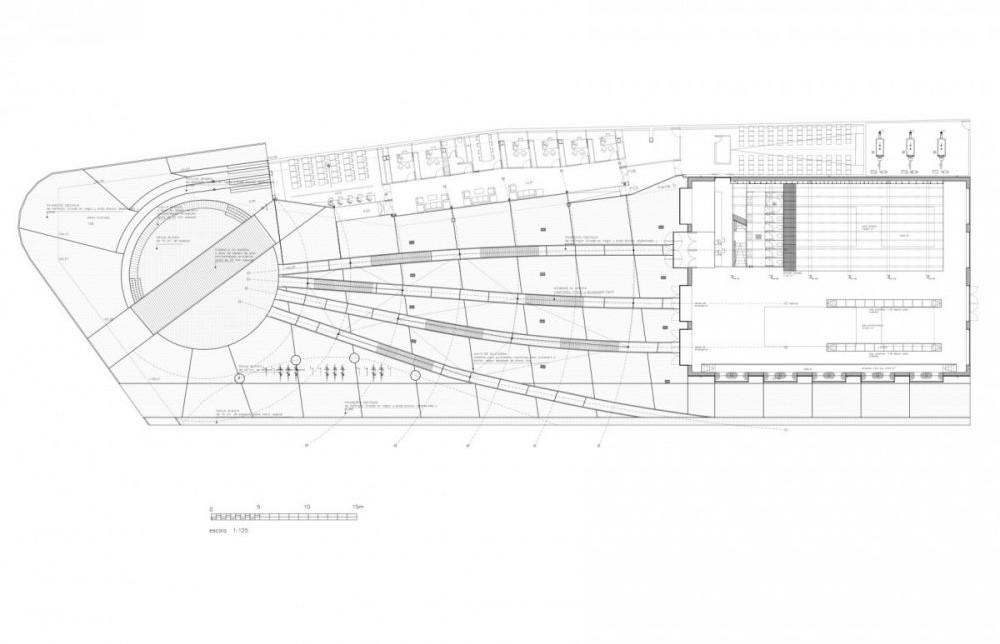 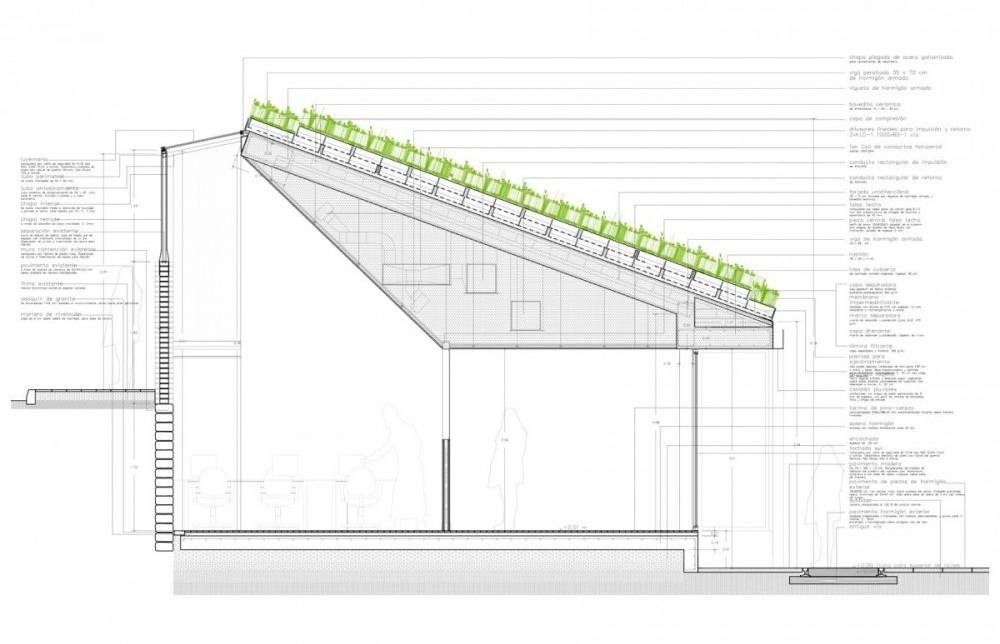 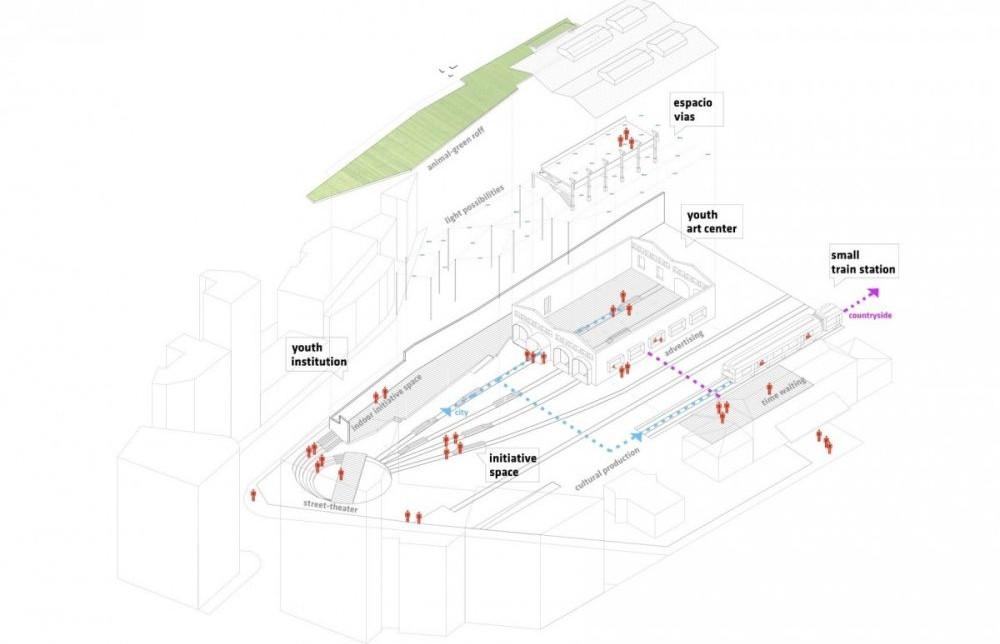 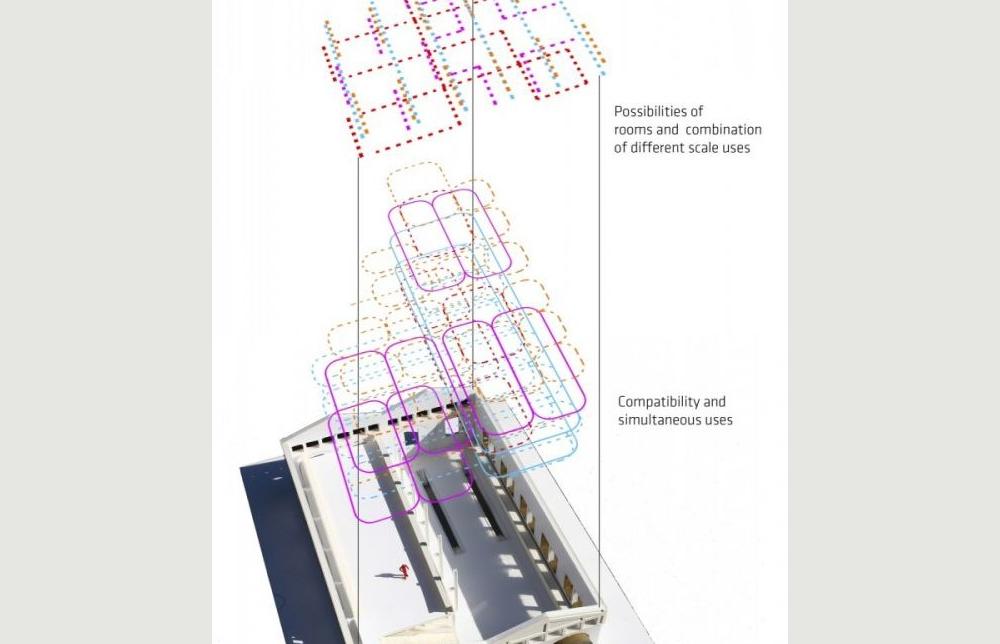 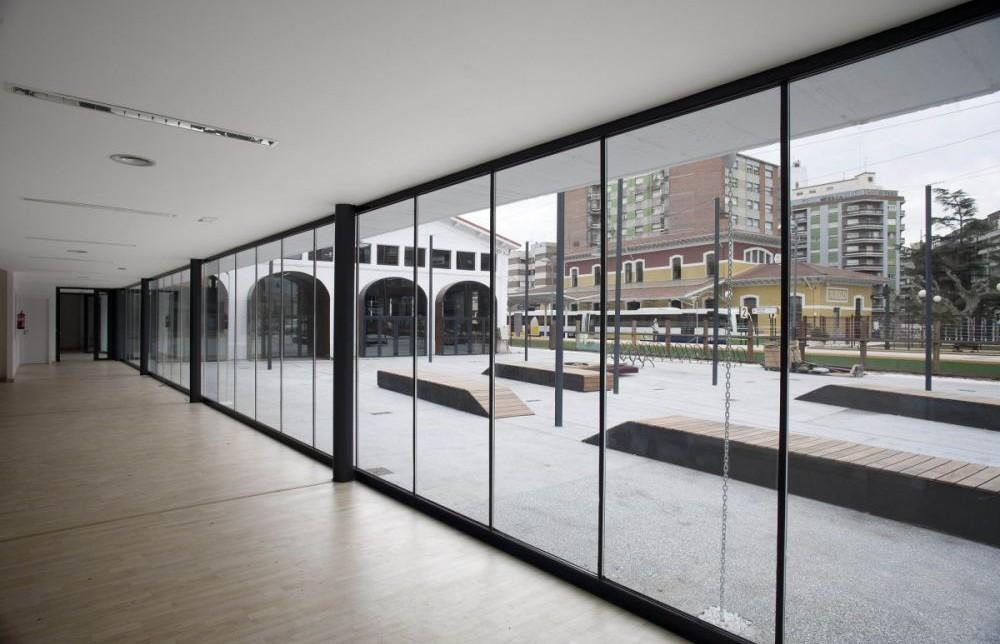 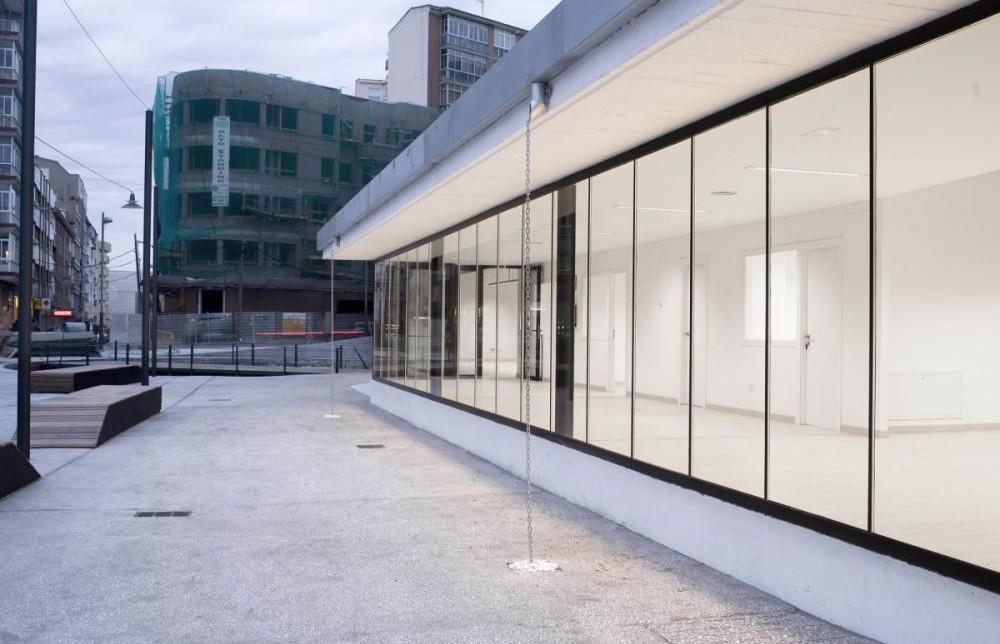 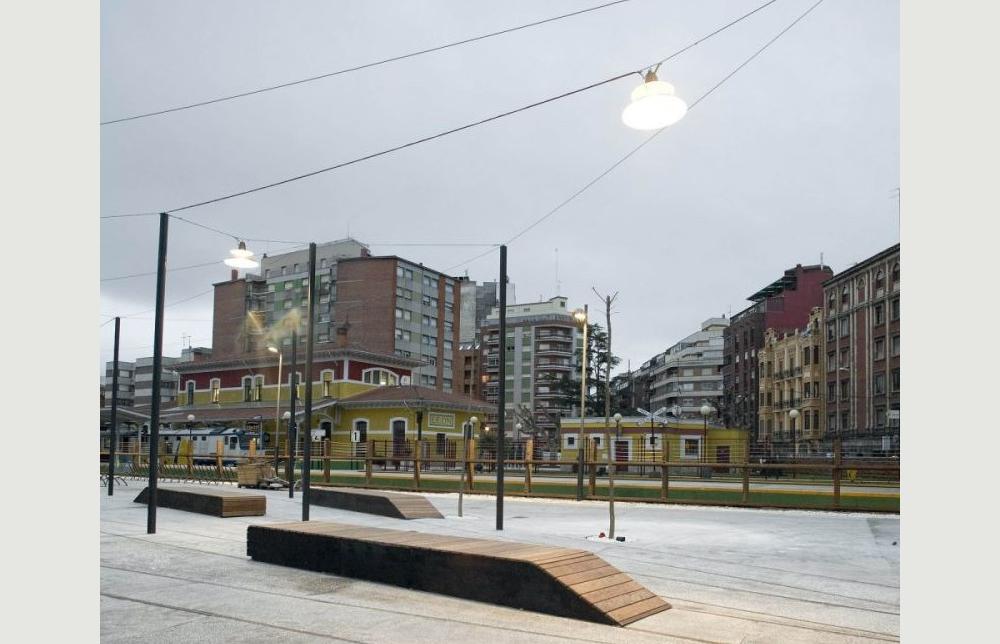 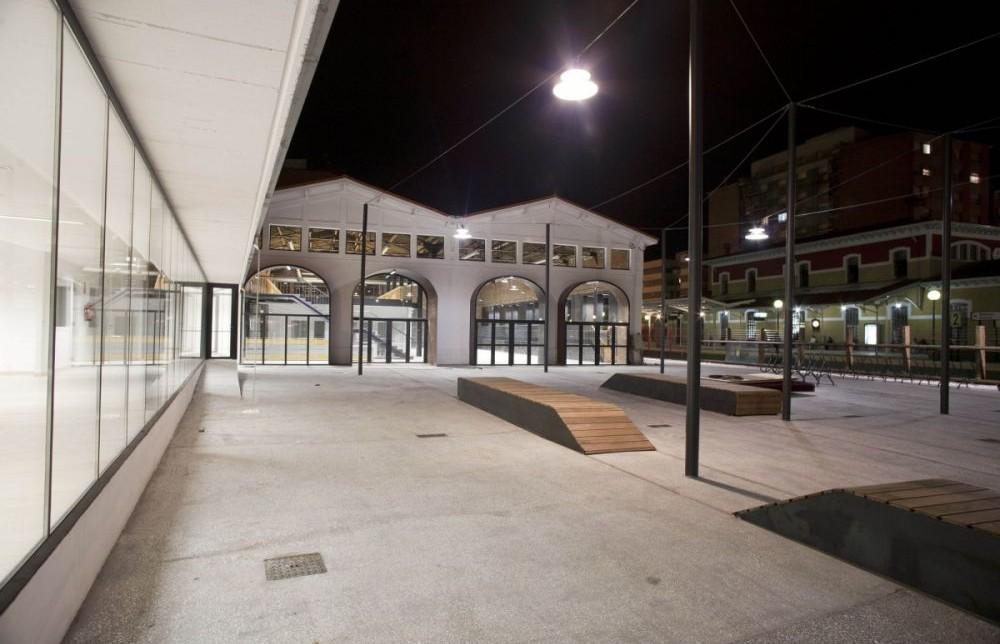 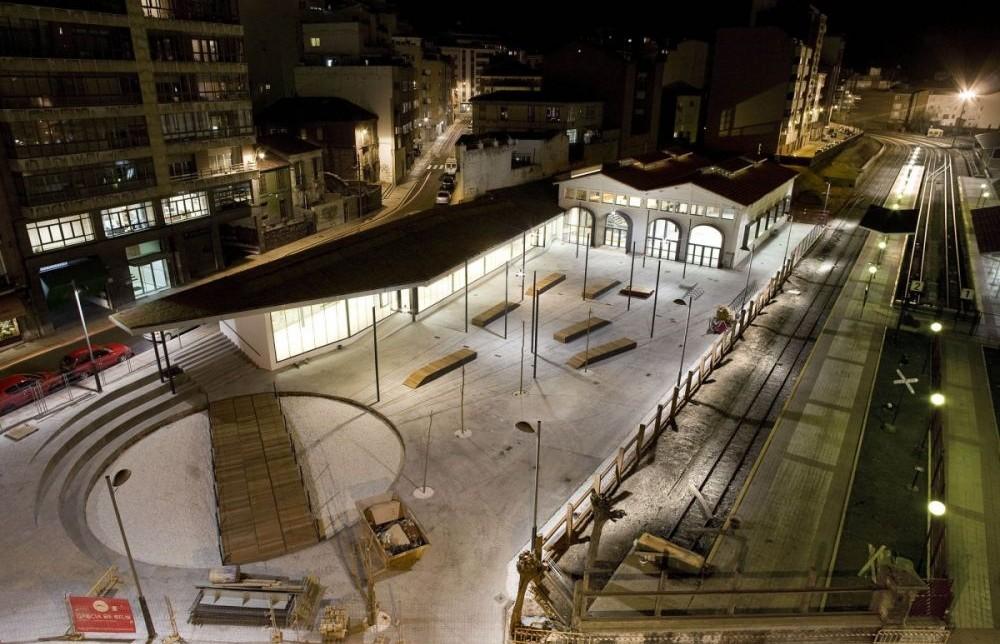 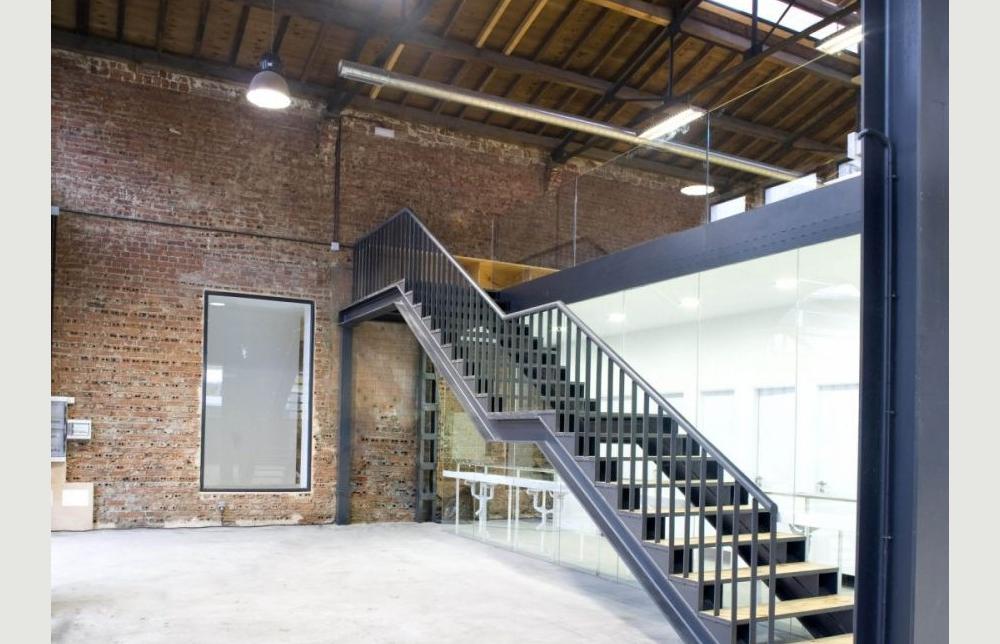 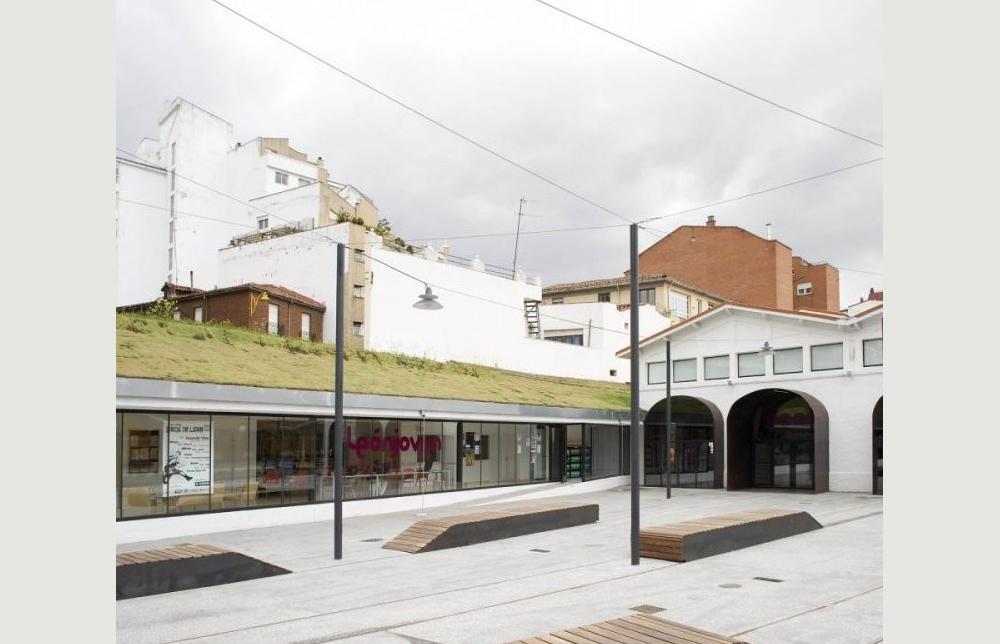 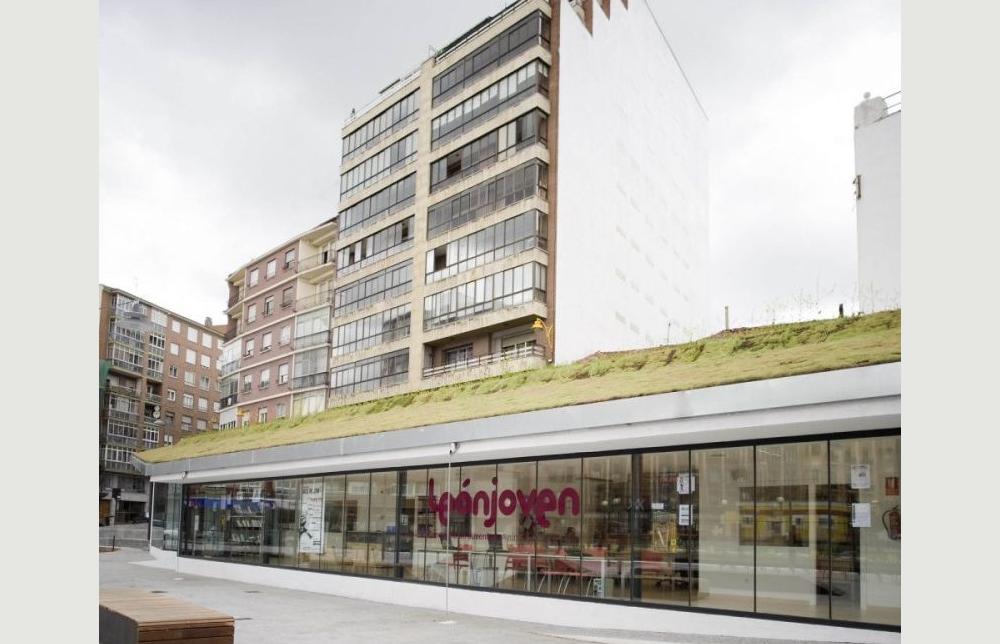 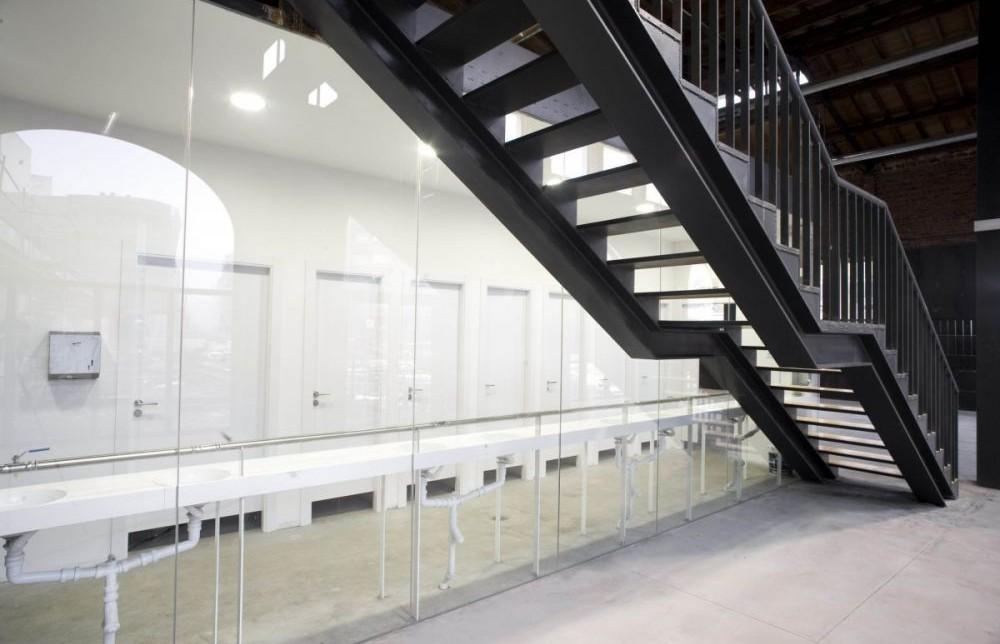 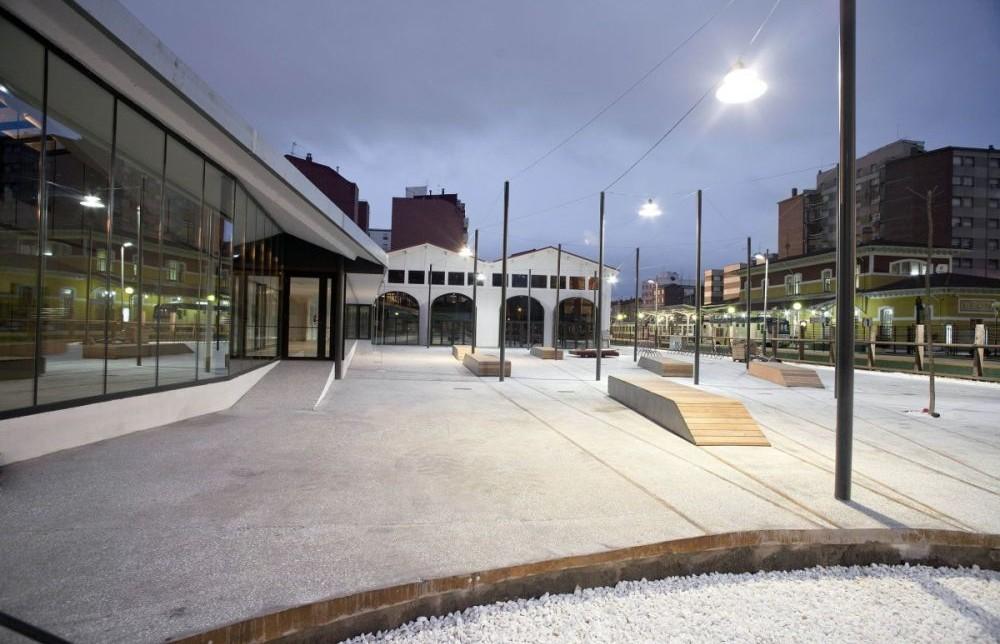 A place designed to and from action as is the case of VIAS space, proposes a radical commitment due to the involvement of citizens in the construction of the city. The project rehabilitates an old railway structure to become a temporary laboratory for youth and cultural initiatives, and thus regenerate the urban area of the center of León by recovering FEVE railroads as public space. The project is the beginning of the conversion of a new linear city that turns the entrance of the railroads into León into a new urban area. It promises a future to the rest of the space that has yet to be converted, and allows citizens to believe in a transformative project for the city. We present a project-process that continues its educational work every day in the city.

The construction of the city is reflected in the project in three temporary interventions in a small but complementary scale: the rehabilitation of the railway yard as Temporary Laboratory, the new construction of the green roof as Institute for Youth, and the recovery of the railway space as public space. The relationship between mobility, architecture and urban and social sustainability turns a project of minimal resources like VIAS space, into an opportunity for collaboration among cultural management, architecture and the city. The interior of the railway yard is open the public space and accommodates a large capacity of public activities. The flexibility, intensity of use, and programmatic indeterminacy, make VIAS space a potential place to develop cultural lines of action based on the use of existing infrastructure.

The plot of the site is property of Ferrocarriles de Vía Estrecha (FEVE), which for many years was in disuse, in a very congested area of the city of Leon. The incorporation of this space to the city has great potential as a relevant public space, offering a great opportunity for decongestion within a very dense urban grid.

The response of the building to this challenge was to find the lowest possible occupation, not only in plan, but in its volume and visual impact. In addition, the building takes advantage of most of the existing elements within the site, it is attached to the existing wall that divides the plot from the street, which is contained in its ascent by the party wall.

The new building is laid out on one floor, attached to the north wall and incorporating it as an interior enclosure of the building. The attached structure is an “extruded” porch, with a green roof slanted to the south. This allows the roof to have the most sunshine possible, and allows plant to develop. Moreover, the proposed eave allows the control of sunlight in the building during summer, to avoid direct light in working areas. The idea of having the volume facing south allows the entire building to have the most optimal orientation to light and heat the building in the harsh Leon winter, using the great thermal inertia of the roof to regulate heat and act as an energy accumulator. The south facade is a large window that is created from the relationship with the adjacent square and lights the entire width of the corridor.

Finally, we should mention the economic and collaborative sustainability, as the proposal is submitted as a result of a citizens’ initiative with a grant from the Institute of Youth. From this initiative arises the public subsidy, and FEVE and the city agree to offer the space to the city.

Finally, we should mention the economic and collaborative sustainability, as the proposal is submitted as a result of a citizens’ initiative with a grant from the Institute of Youth. From this initiative arises the public subsidy, and FEVE and the city agree to offer the space to the city.