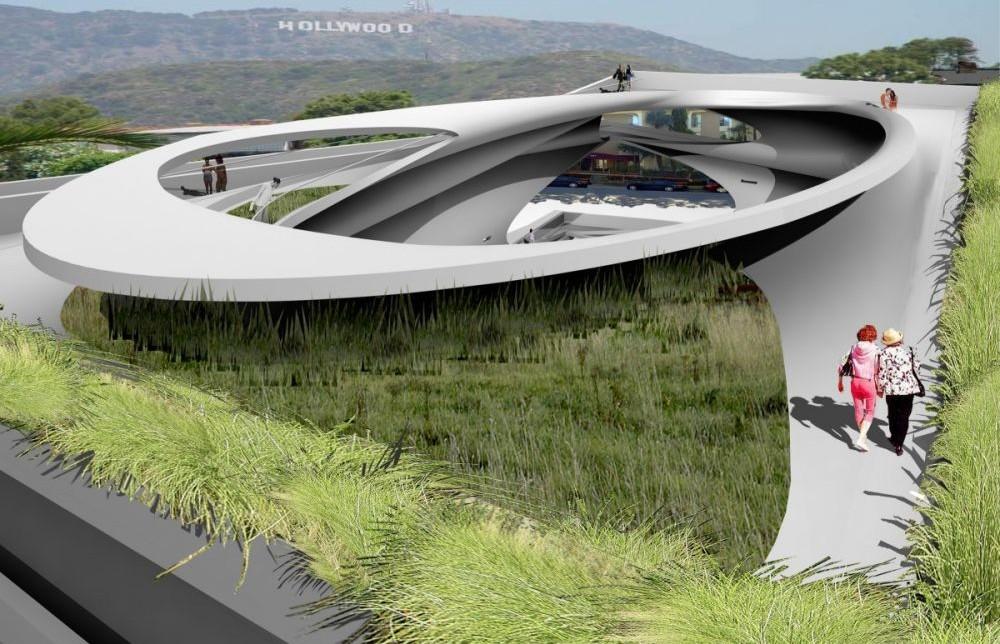 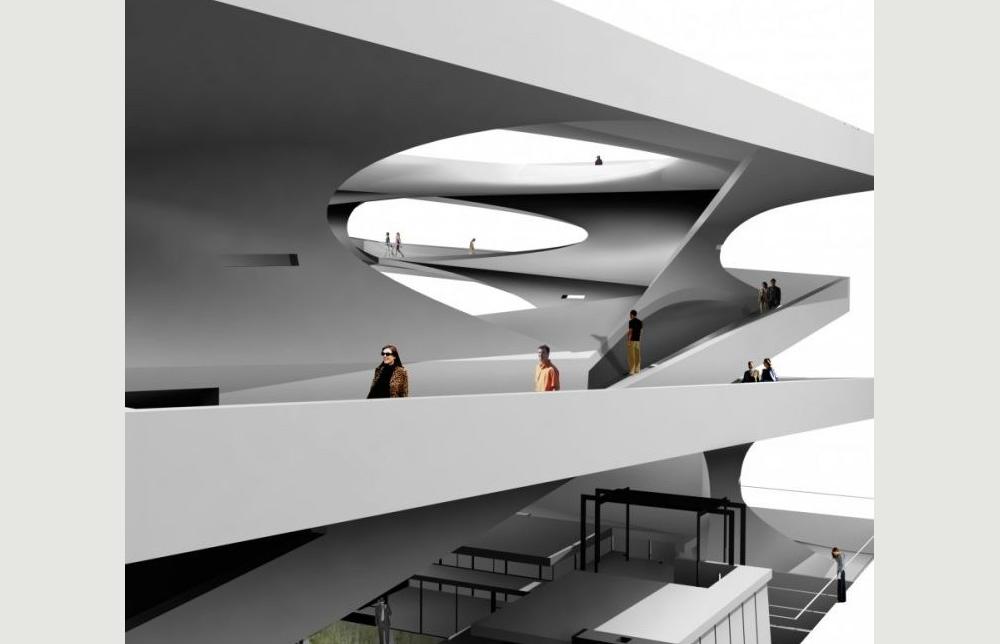 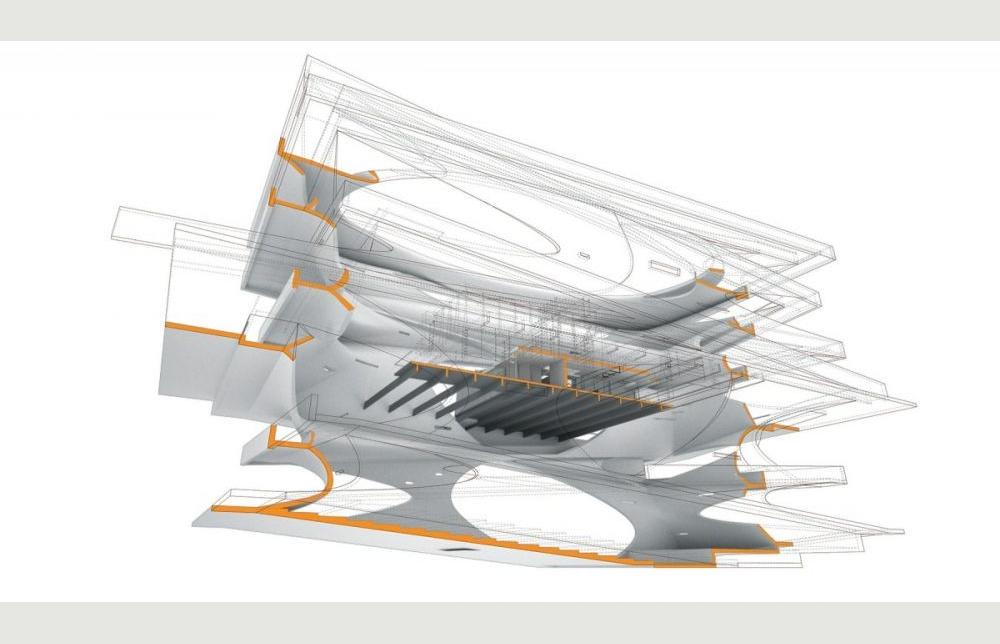 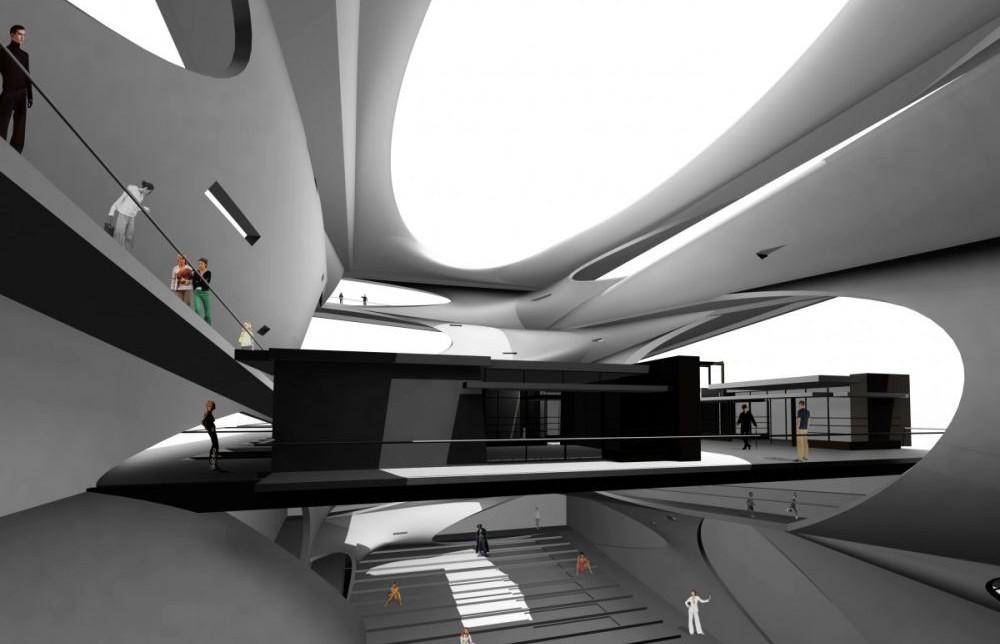 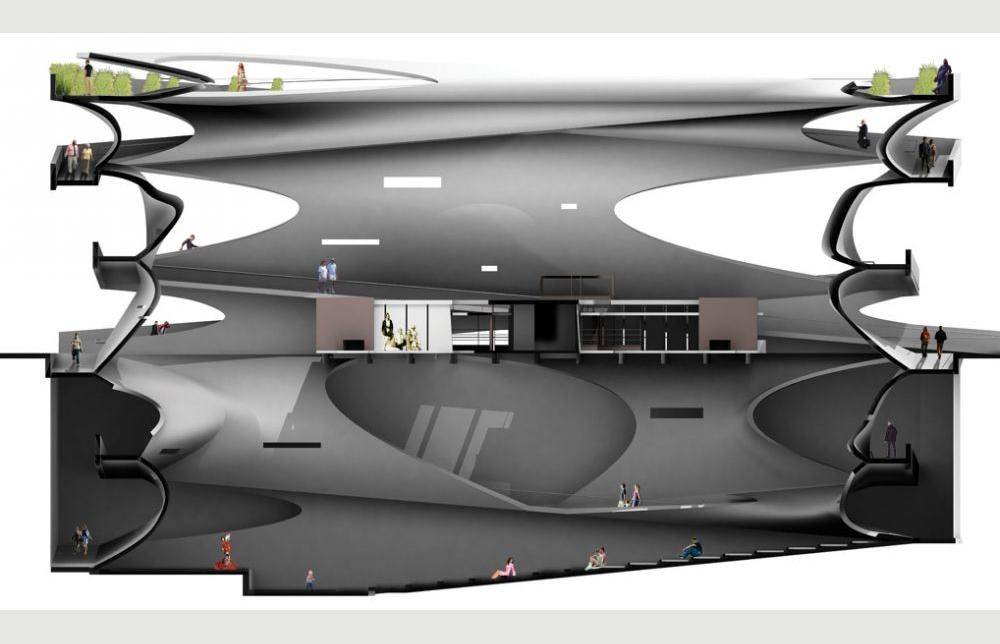 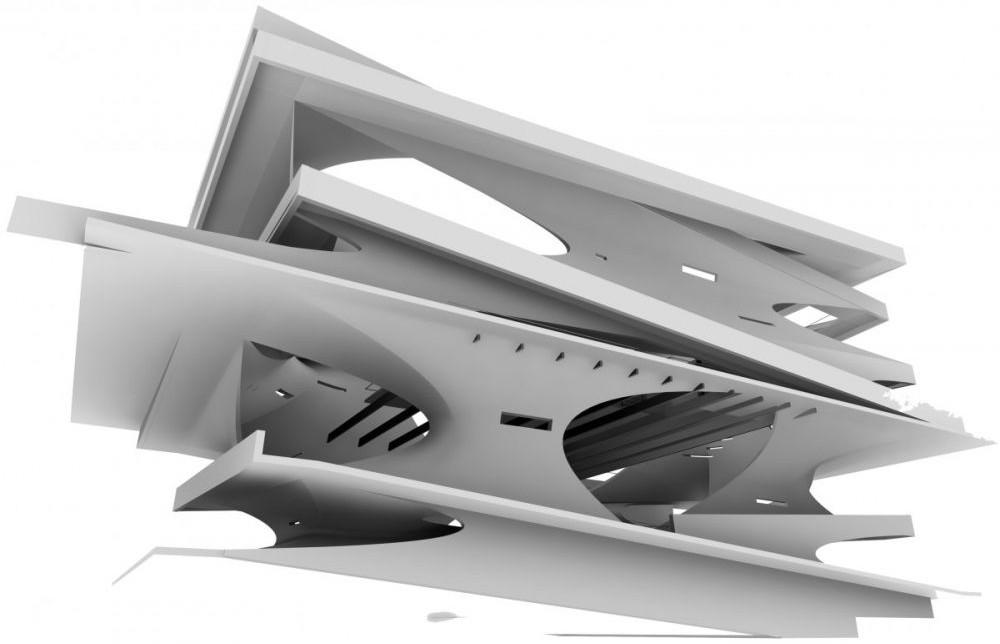 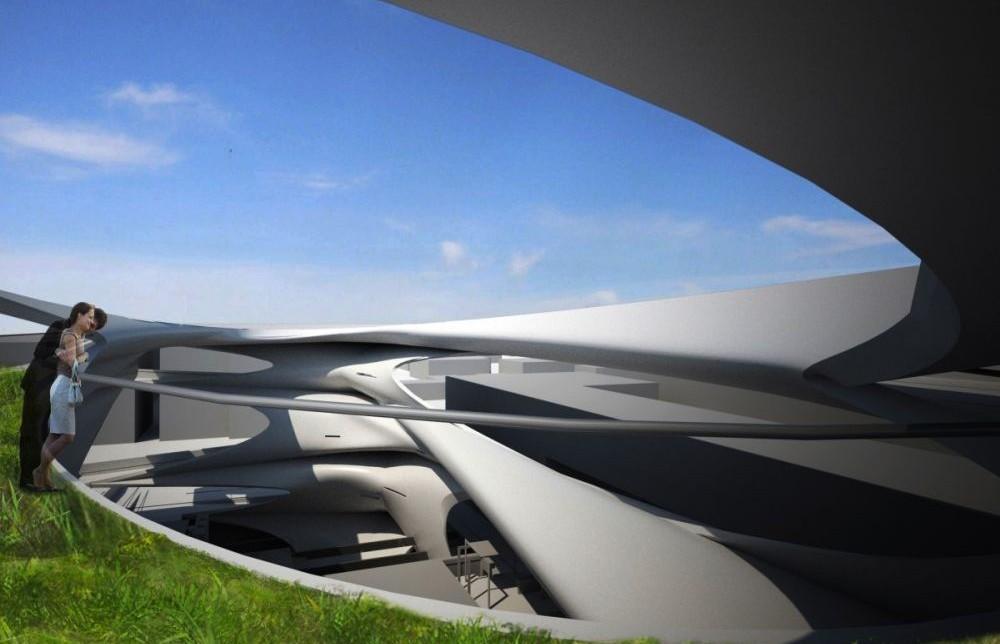 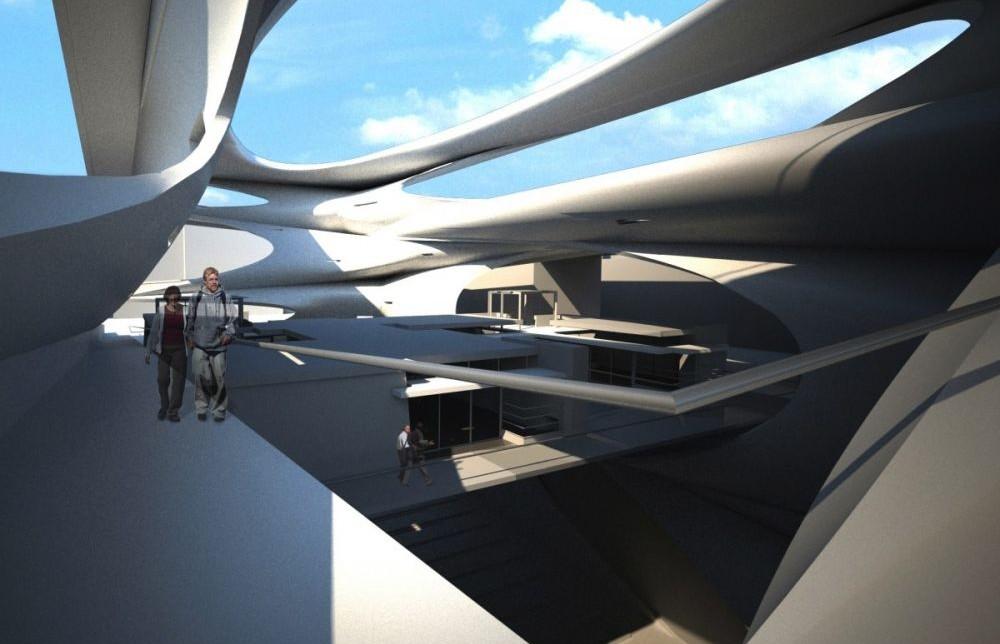 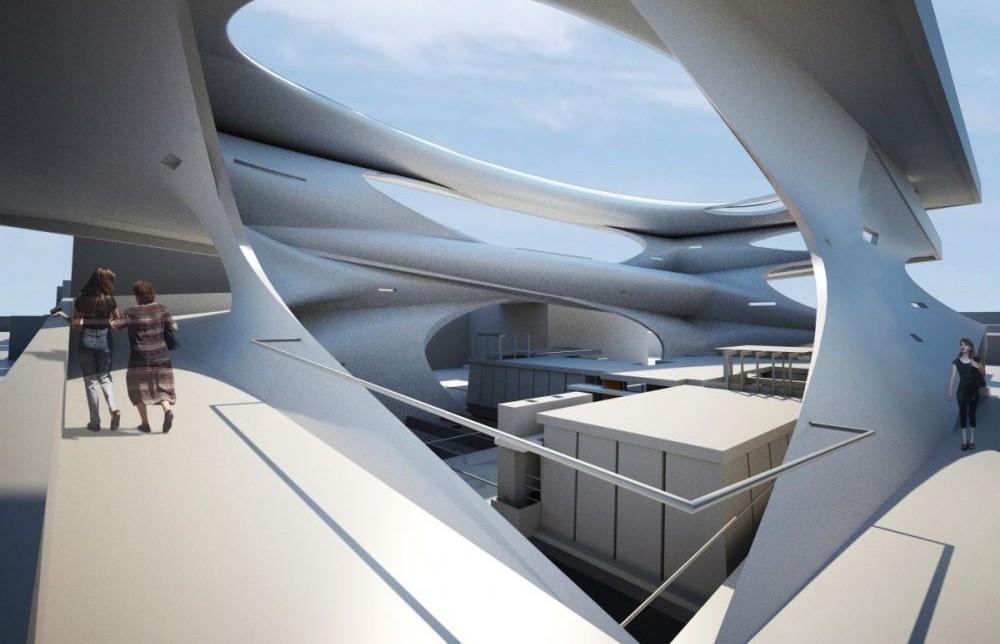 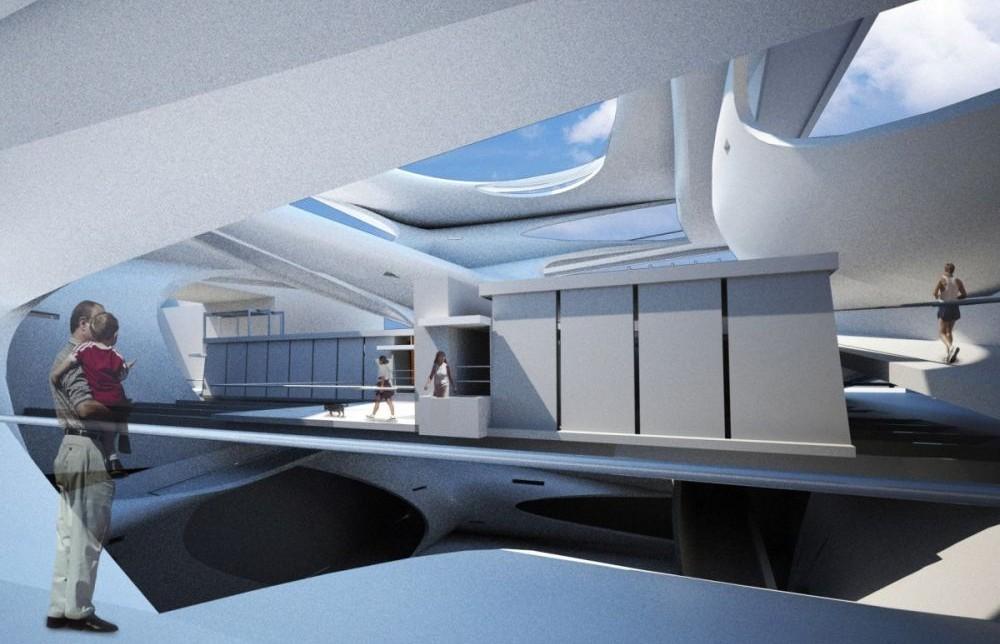 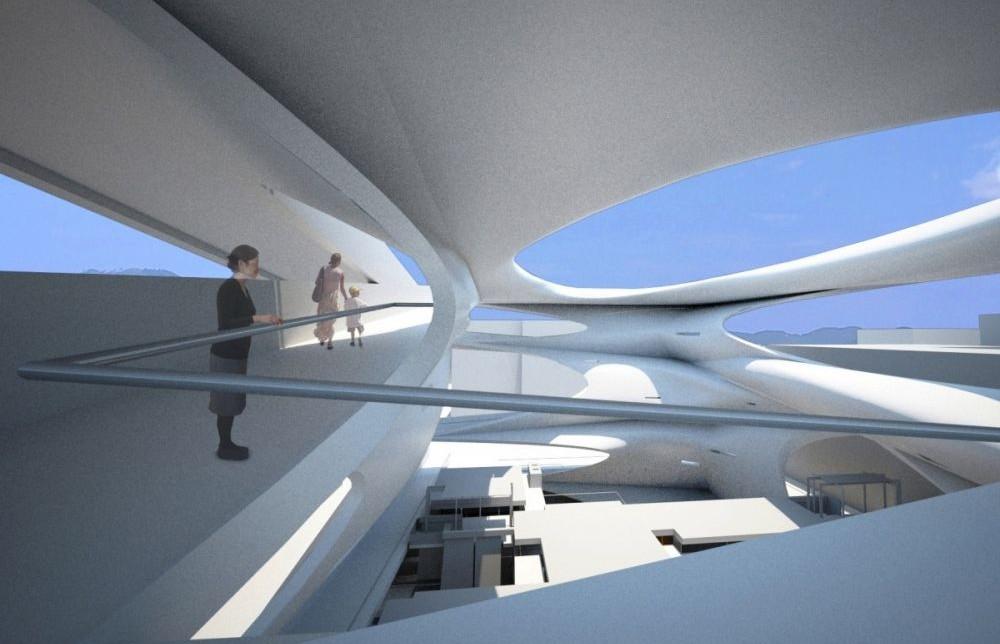 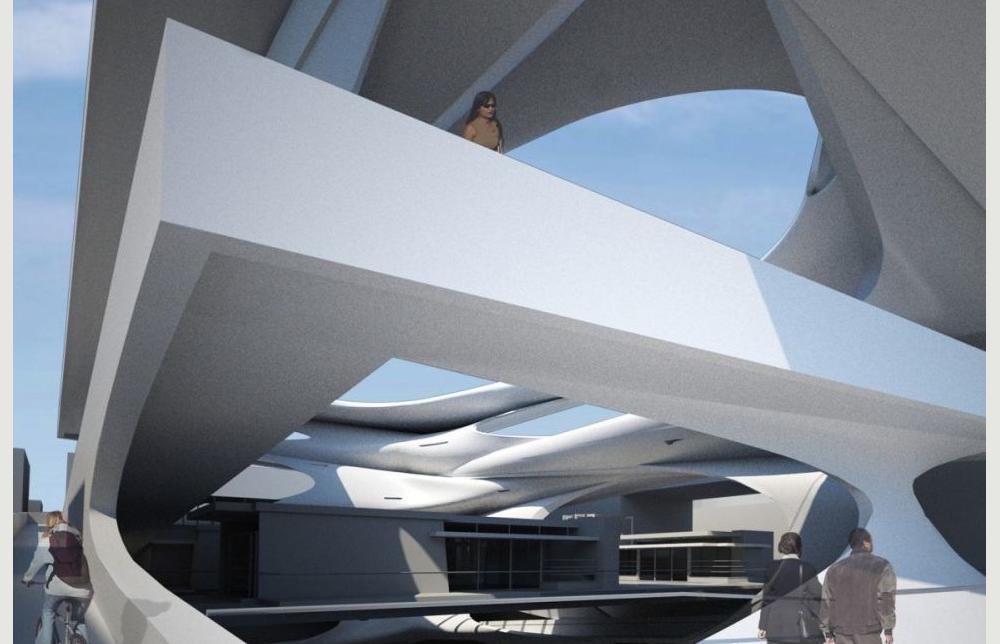 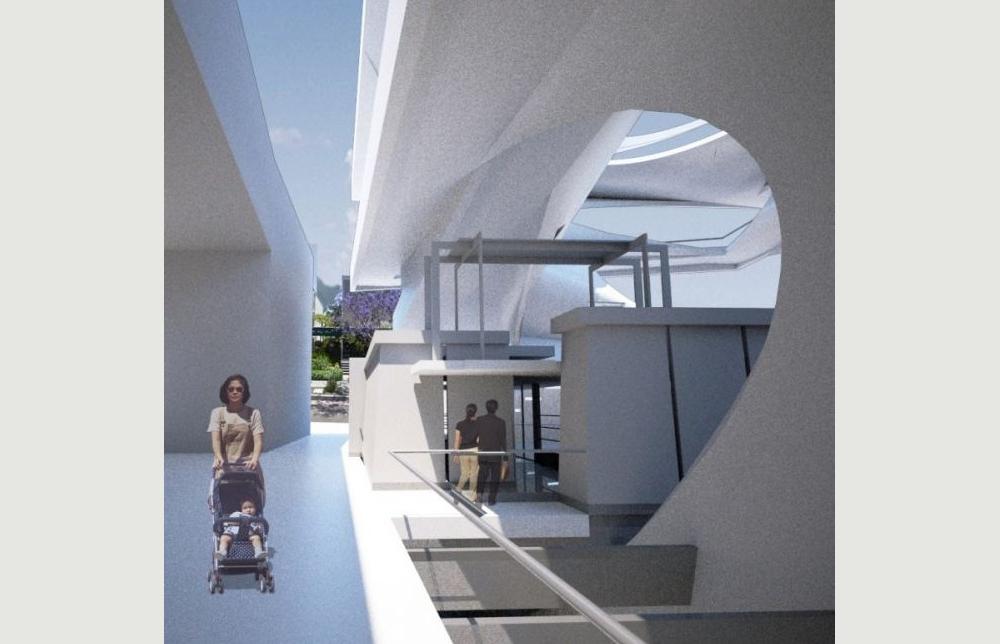 Our proposal for this invited competition suggested using the Schindler House as a prototype for other historically resonant projects that are at risk of deterioration and elimination due to lack of funding or support.  Since its construction, the house has transformed from an oasis in a sparsely developed suburb into an island in a sea of four-story residential buildings.  Our investigation focused on finding an innovative solution that would allow the house to be kept in tact as an artifact, while simultaneously preserving the surrounding space as a public environment.  To this end, a vertical garden is proposed that suspends the Schindler house at its center, with a public auditorium carved out of the earth below the house and an elevated garden soaring above it.