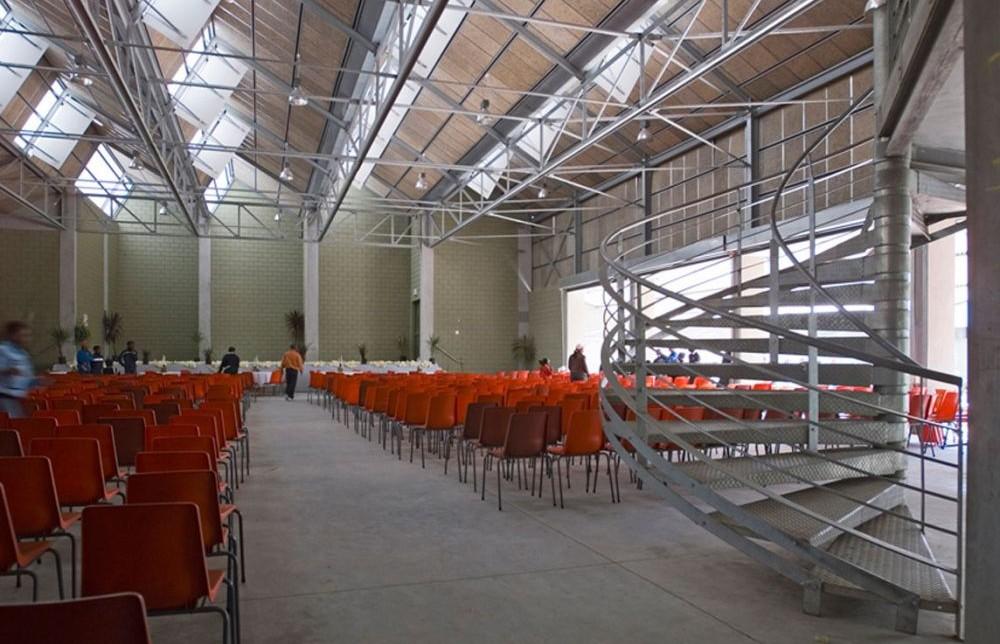 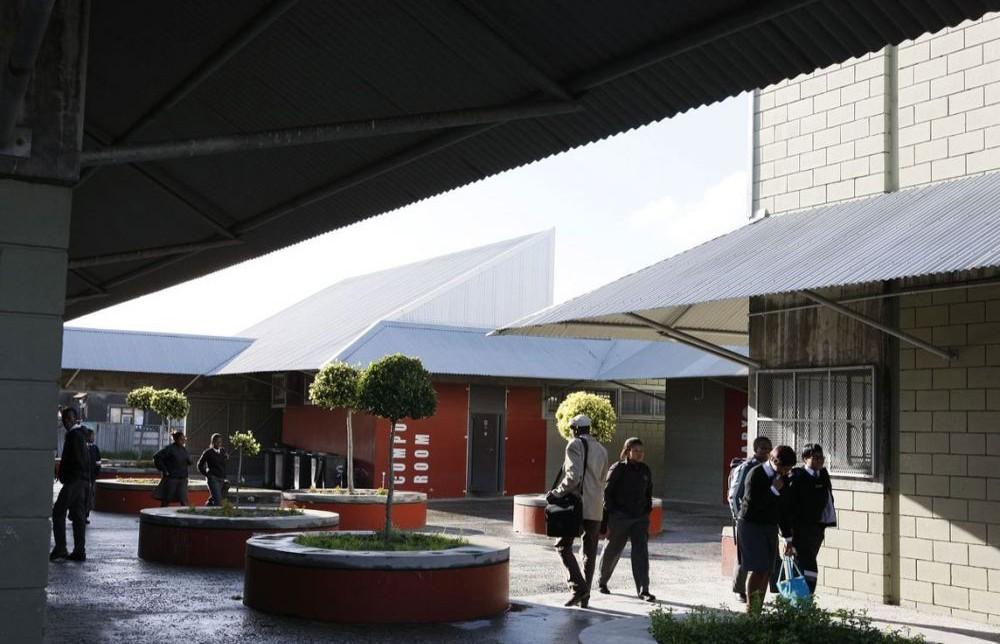 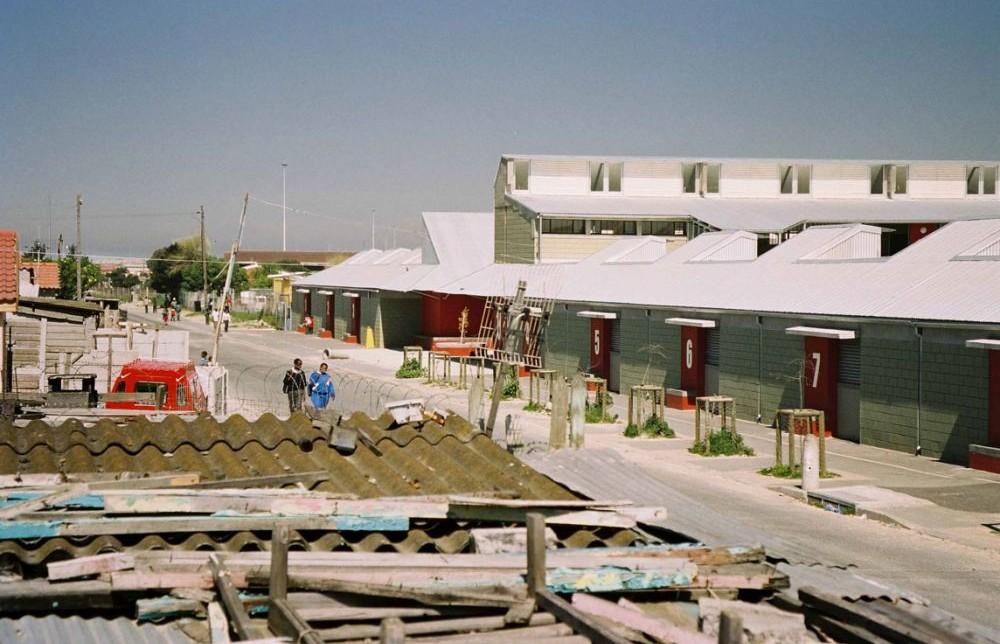 This secondary school was commissioned by the Provincial Government and consists of 37 classrooms, a library, computer room, hall and an administration section. The brief was expanded by the architects to allow the school to be adapted to new Further Education and Training FET legislation which calls for more entrepreneurial training.
The classrooms on the street edge are designed to be used for entrepreneurial teaching with hatches that open to the street to allow interaction with the public. These classrooms would be used for subjects like car and appliance repair, hair care and food trade. This single storey line of classrooms have a fragmented articulation that mimics the scale of the informal settlement around it, whilst also declaring its institutional character by the giant order of this wall of classrooms.
In an area like Khayelitsha, the schools are often the first public buildings and for a long time the only permanent, durable and expensive buildings. The schools therefore have a critical role in the formation of good quality urban environments. The design of the Usasazo School attempts to perpetuate and formalise the street character of this area in Khayelitsha. The street facade of the school has a strong image that can always be associated with the school.
The undulating central circulation space is similar in character to the organic urban spaces created in informal settlements. This space is filled with trees and benches to receive its many users. The canopies on the perimeter of this space are designed to facilitate circulation on the scale of an individual and of a crowd. From this space one enters the various functional blocks of the school.
The double volume of the library with its U-shaped wall of books becomes a celebration of academic study.
The site for the school is in a densely populated informal settlement. There is an incredible need for land which makes all space very valuable. Therefore the school occupies the smallest possible area and leaves the remaining land for a communal sport field and productive agricultural use.
The L-shaped forms of the classroom blocks protect the open spaces from the strong directional winds and wind driven sand. The section of the buildings are designed to minimise the amount of openings on the windward side of the building that are exposed to the corrosive wind. The roof lights are shaped to cause suction on the leeward side of the roof and to improve natural ventilation in summer when the warmer South-easterly wind blows.