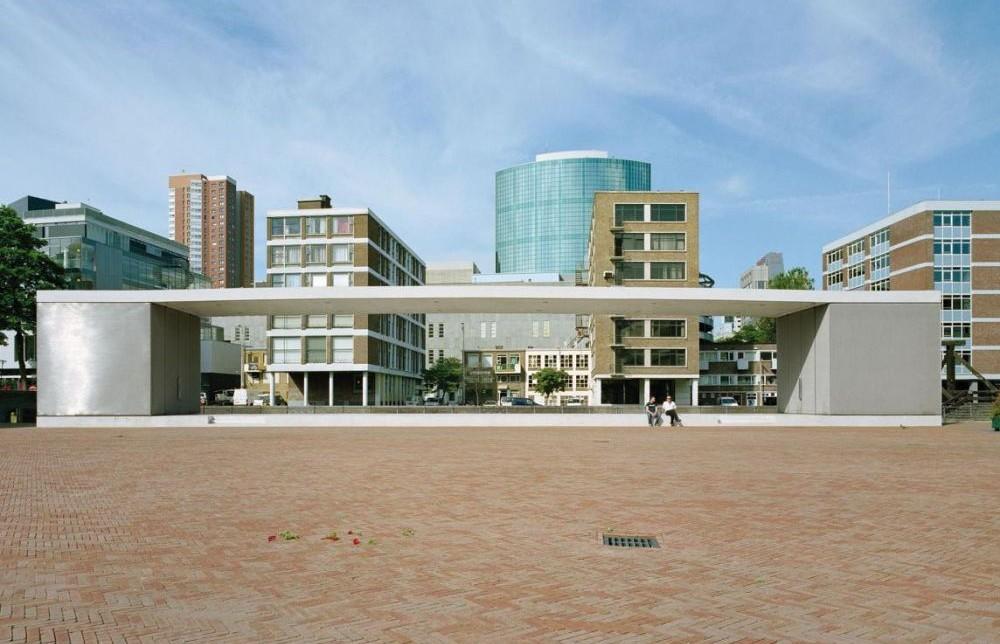 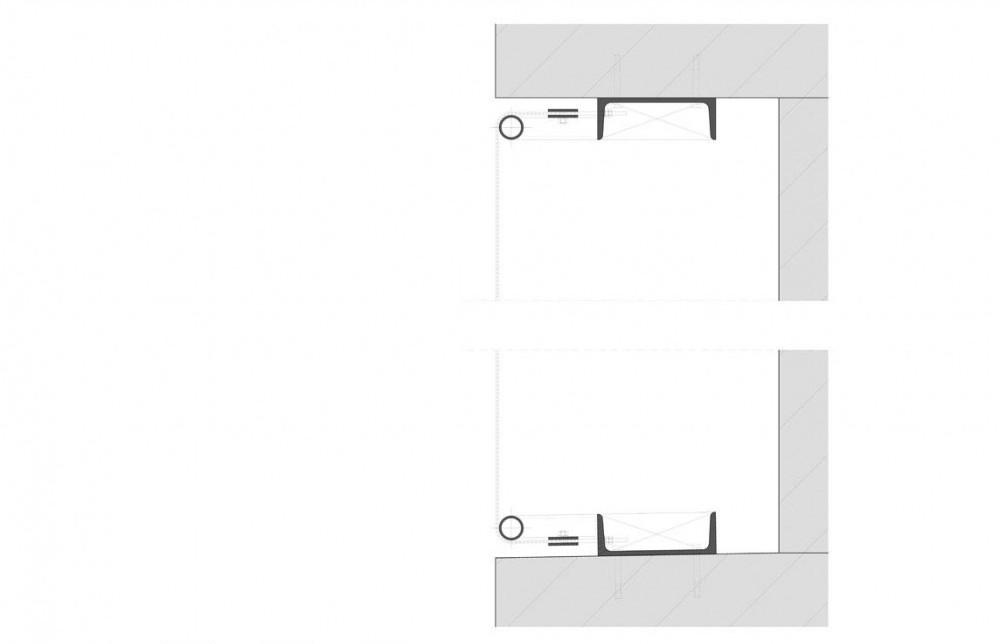 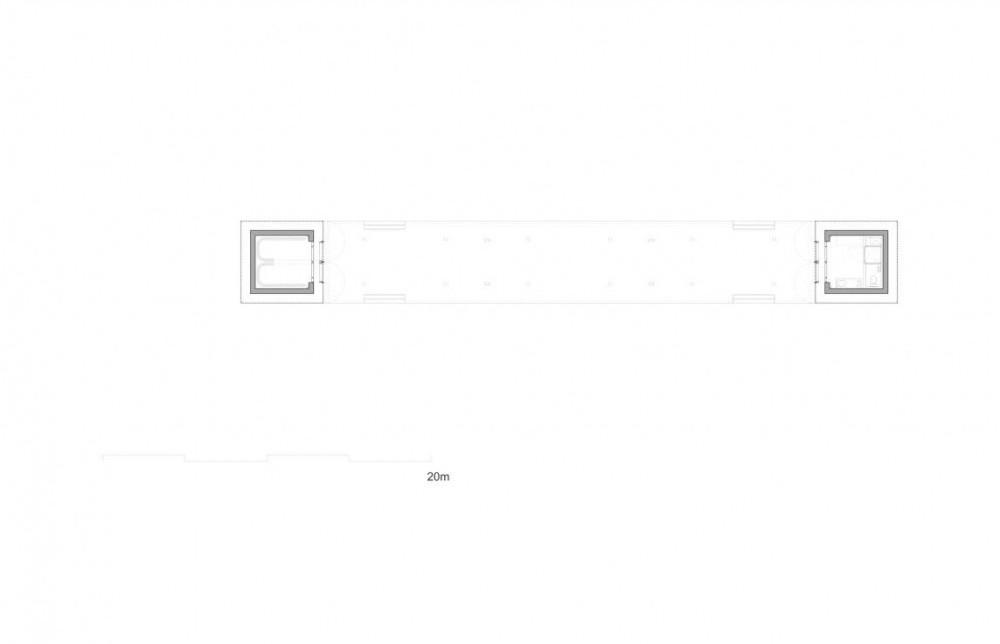 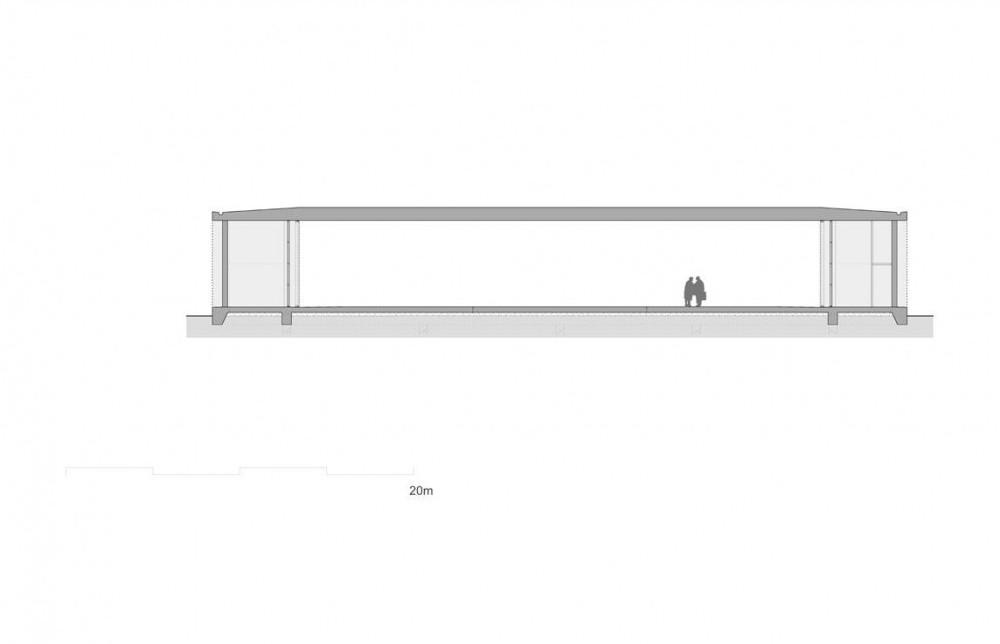 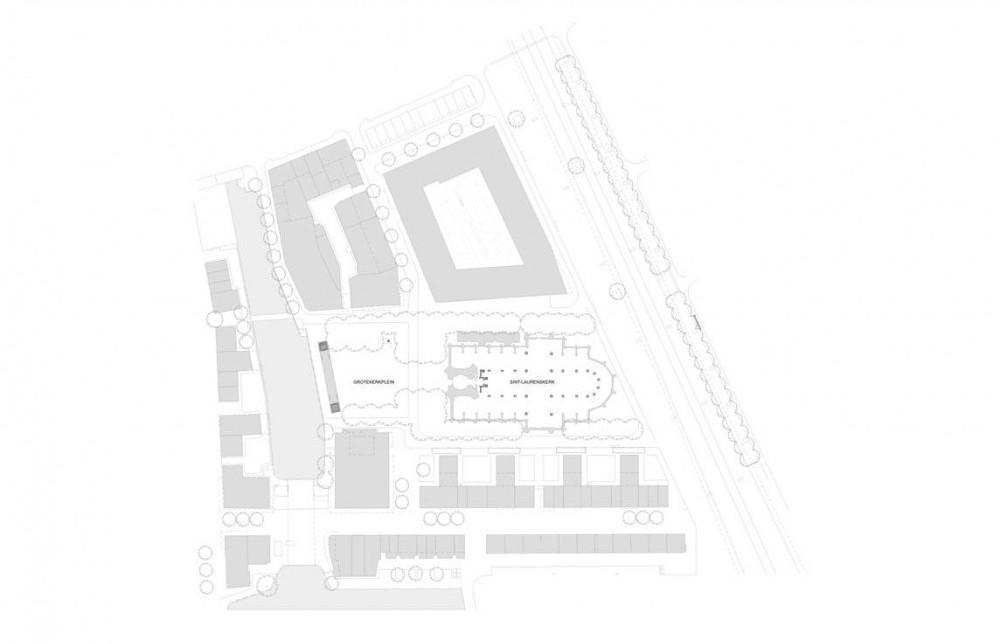 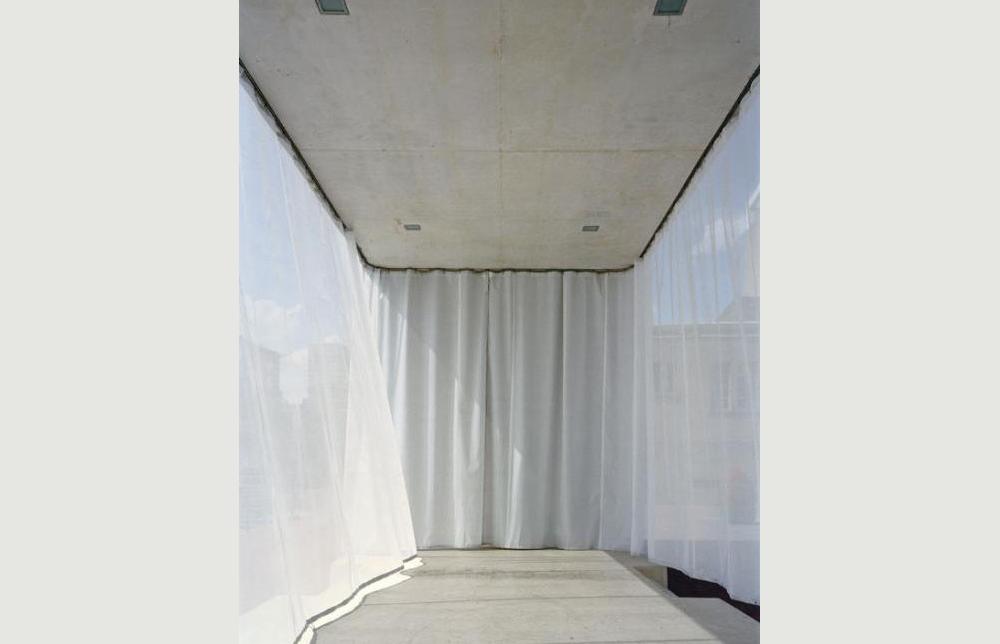 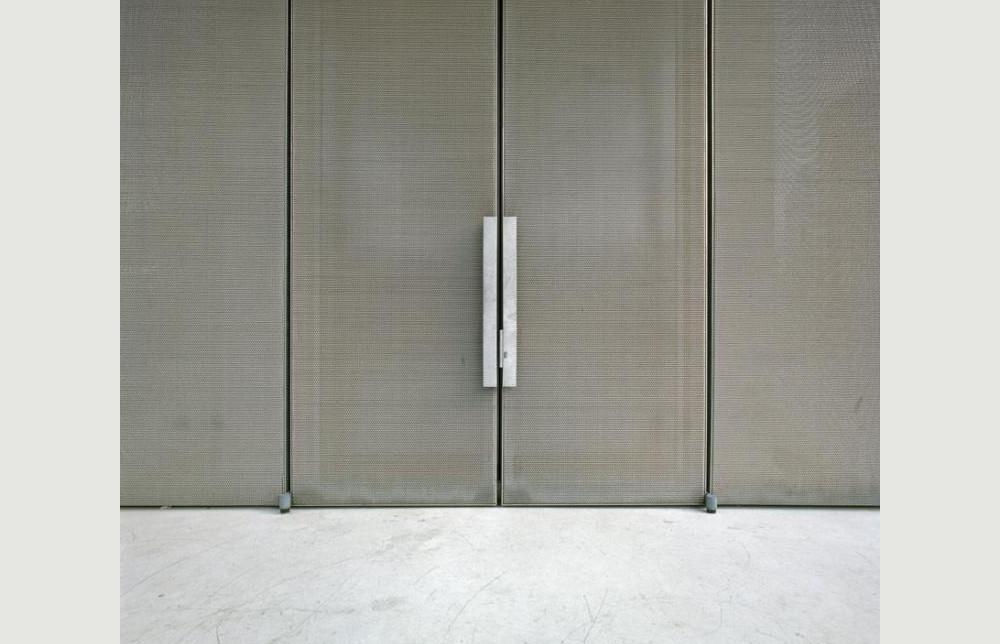 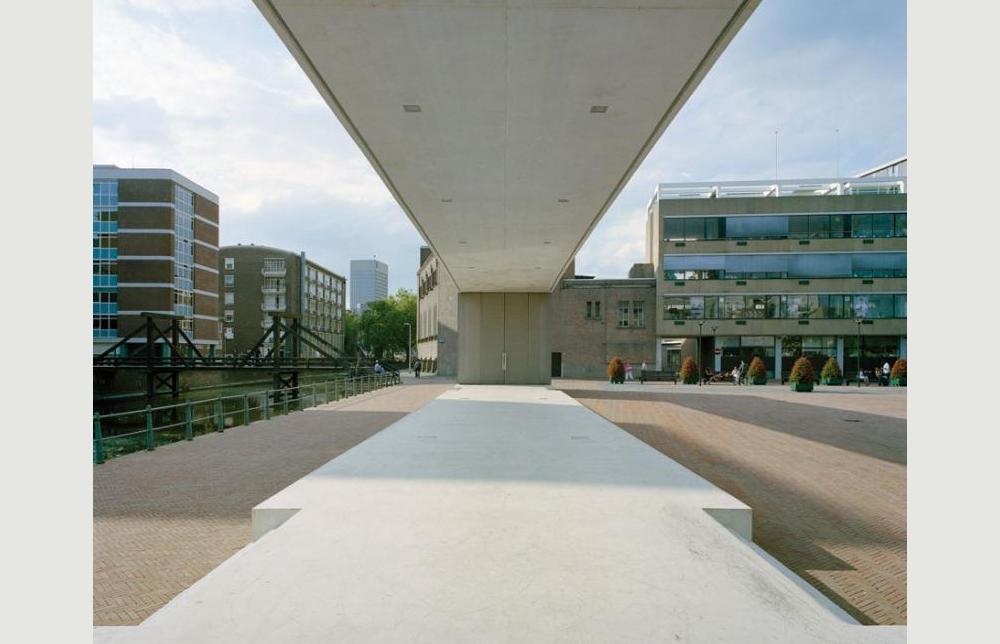 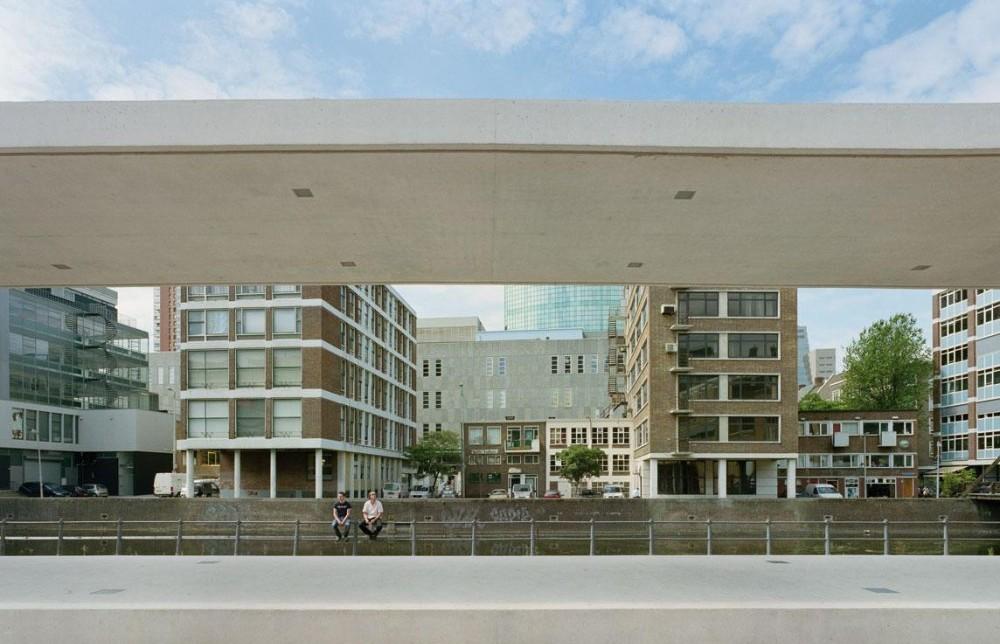 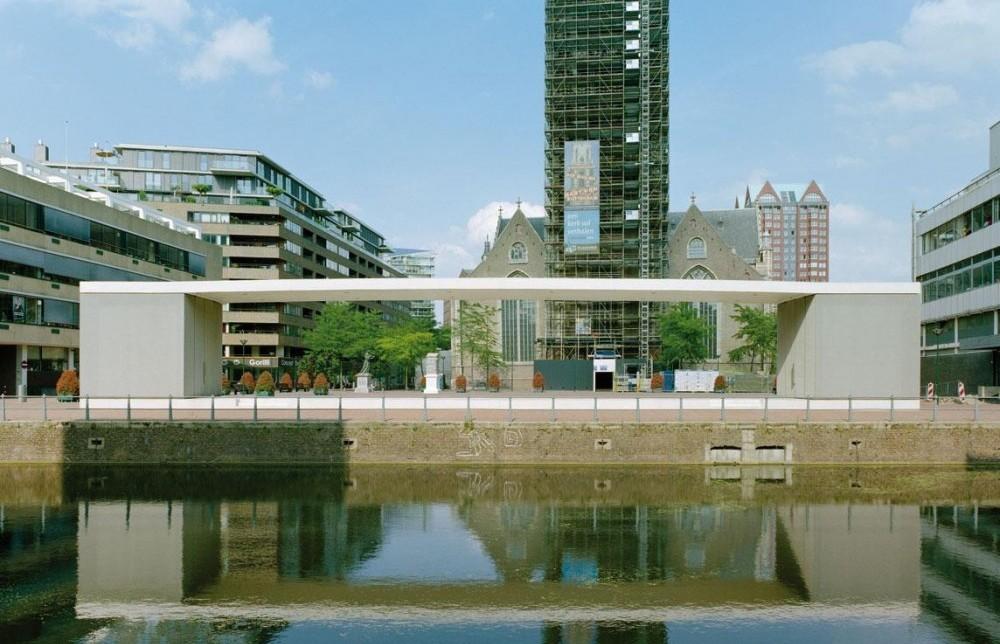 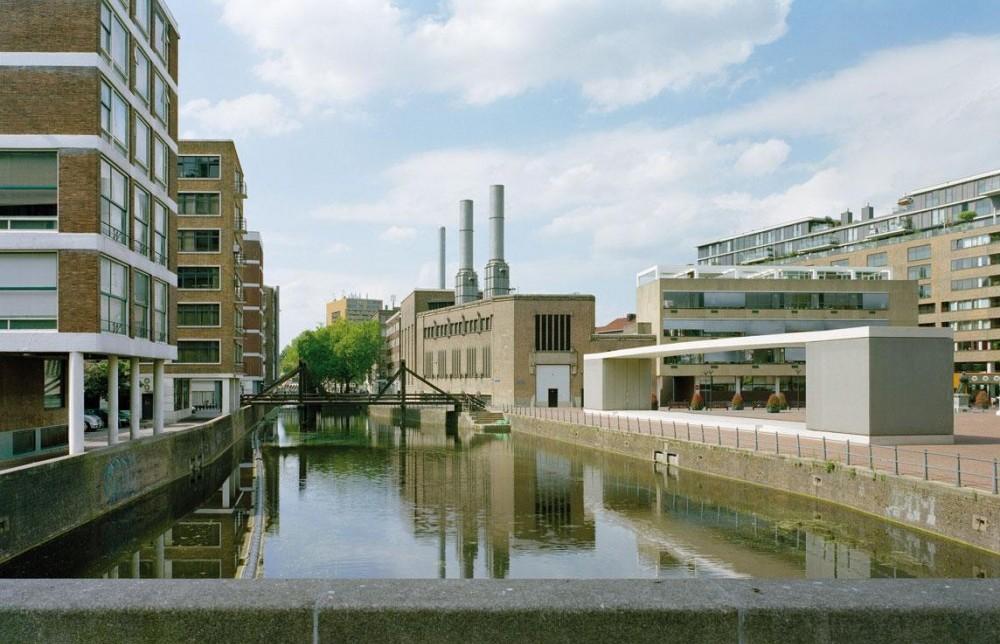 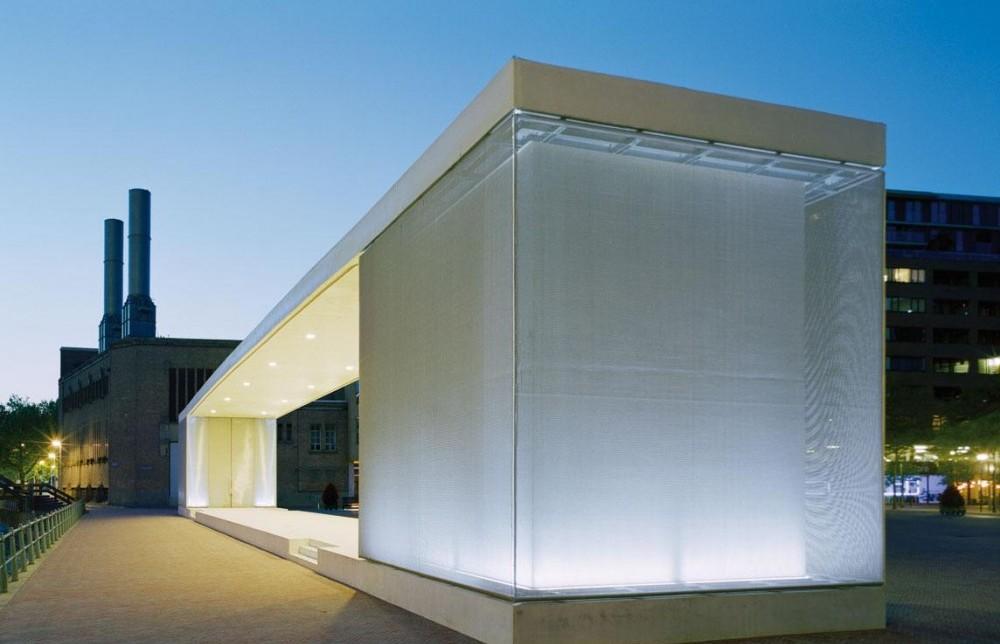 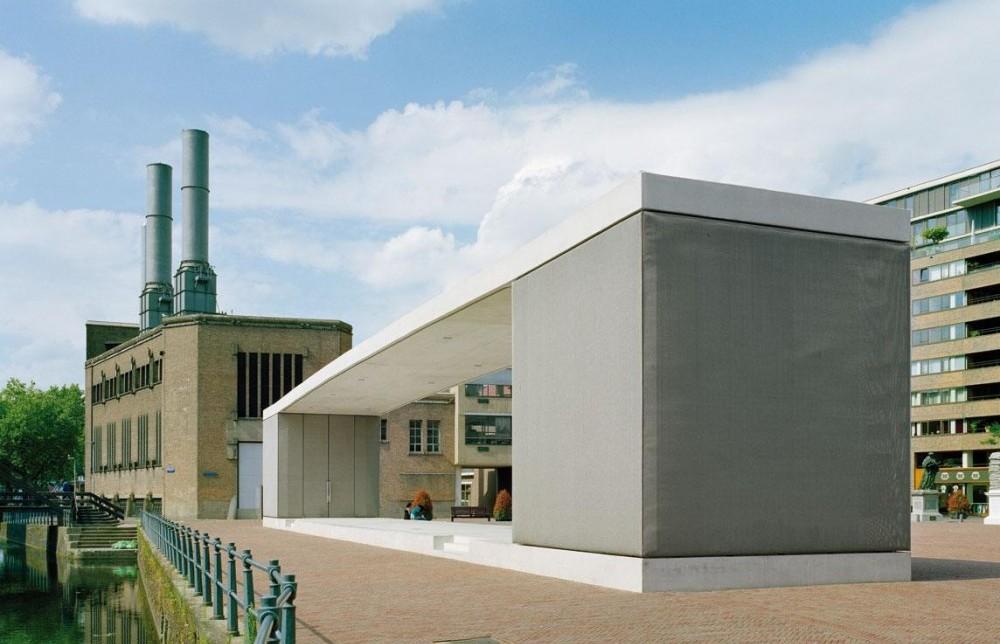 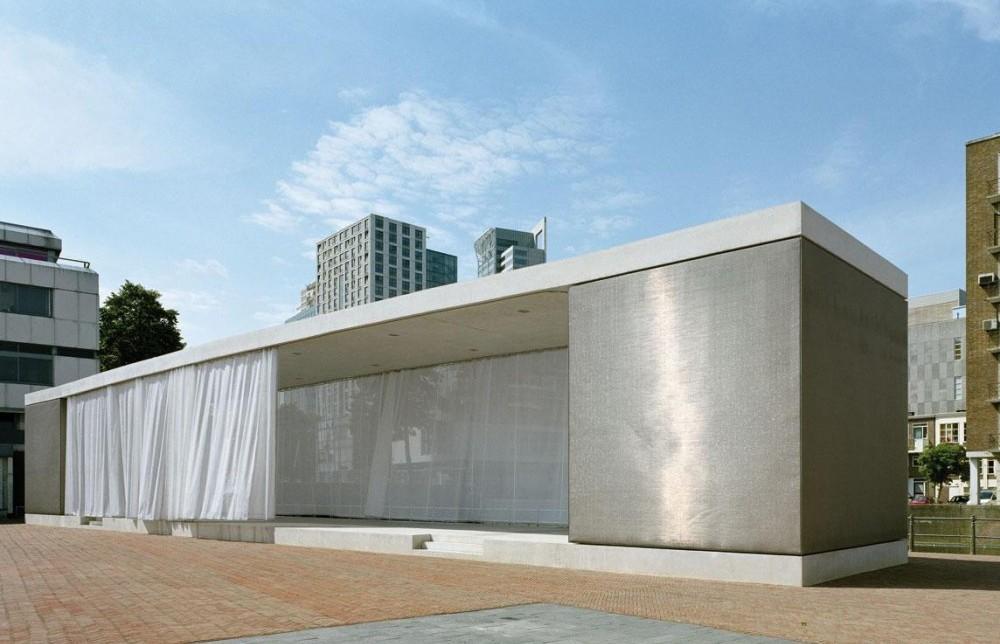 An Activator in the City’s Vacuum Situated between the gothic Sint Laurenskerk (Saint Laurens cathedral) and the Delftsevaart canal, the Grotekerkplein was formed only during the course of the modernist reconstruction of the city center, which was almost entirely destroyed during WW2. Despite its central location the square hardly plays a role in the city’s life, as no shopping streets connect it to the rest of the city’s public spaces, and only a few facilities are oriented towards the square itself. Instead, a number of building backs define the square’s appearance and atmosphere, leaving it spatially unappealing and dull. Therefore the idea emerged to activate the square programmatically as well as spatially through the construction of a small theater pavilion, in order to fill the displeasing vacuum within the city fabric. On the initiative of the Rotterdam Rotary Club an invited architectural competition was organized in the autumn of 2004, for which Atelier Kempe Thill submitted the winning entry. Contour and Transparency: An Urban Object The built theater podium interprets the task at hand consistently and maybe a little surprisingly as a mostly urbanistic operation. The existing situation is taken as a starting point and improved through a targeted and powerful gesture. A 40m long structure forcefully separates square and canal from each other in order to enhance their respective spatial legibility. The podium occupies almost the square’s entire western side, resulting in an enhanced framing of the space, which creates a more intimate character and provides the Sint Laurenskerk with a counterpart. The podium stands in the line of buildings, which define the ‘canal zone’; thus the Delftsevaart canal is emphasized as an important urban space. The structure itself is conceived as an open and transparent volume, maintaining a visual connection between square and water, and avoiding spatial constriction. The result is an object that presents itself as an activator within the city: it defines spaces whilst at the same time opens up views between them, and acts as an optical filter, appeasing the heterogeneous Rotterdam cityscape. The object’s spatial impact is maximized by a restrained use of colour in its design. Programmatic Freedom: Podium as a Stage The theatre podium was conceived as a large urban stage. Two service cores – 5m in height – rise from a 50cm high base. Between these two volumes a roof covers 30m in free span, with the resulting open frame forming the stage. The stage space has a double orientation, both towards the square and the water, making it possible for performances to be viewed from both sides. A further possible viewing arrangement could be to place the audience itself on the ‘stage’.The southern service core accommodates a stage curtain measuring 70m in length when unravelled. Depending on the event taking place, this curtain can be used to adjust the stage size, or even completely transform the stage itself into an enclosed ‘curtained space’. The airiness and temporary character of the event is thus underscored by the effect of the movable textile. The northern service core is mainly reserved for artists’ use; it comprises bathroom facilities, a dressing room, and storage spaces. The integrated kitchen can also be used to operate a small café. The built structure defies any attempt at a clear programmatic codification or typological classification. Instead it presents itself as an object of confronting emptiness, raising questions, and inciting unexpected types of use. Any functionalist determination or ostensible symbolism has been carefully avoided. A strong iconography emanates from the inviting and monumental roof structure, which at the same time remains pleasantly unobtrusive. The result is a calm and dignified setting for an inspired gathering of the urban population of Rotterdam. Materialization: Maximum Durability and Refinement Urban space is used aggressively in Rotterdam. With a durable materialization being a compulsory requirement, the podium was entirely constructed in concrete and steel. The detailing aims at an ultimate reduction, in order for the object to appear monumental whilst at the same time refined. The structure consists of exposed concrete rendered almost completely white by an aggregate of titanium oxide. A pre-stressed concrete construction forms the free-span roof, allowing for an exceptionally thin slab with thicknesses of 50cm towards the edges and 75cm in the center. The use of extremely large formwork boards (10m x 2,5m) helped reduce visible joints to an absolute minimum. All technical installations – bolts, electrical conduits, and the curtain track – are completely integrated into the construction. The concrete surface is sealed with a special anti-graffiti coating. The volumes of the service cores are clad with a non-bearing stainless steel mesh, each panel measuring an exceptional 5m in width; the corners are reinforced with stainless steel strips. An LED light bar behind the steel mesh illuminates the service volumes in the evenings, thus transforming the podium into an unexpected light sculpture in the evening hours. Two stainless steel doors – each 5m high – give access to the service cores. Like almost all other elements of the building, they are custom-made.