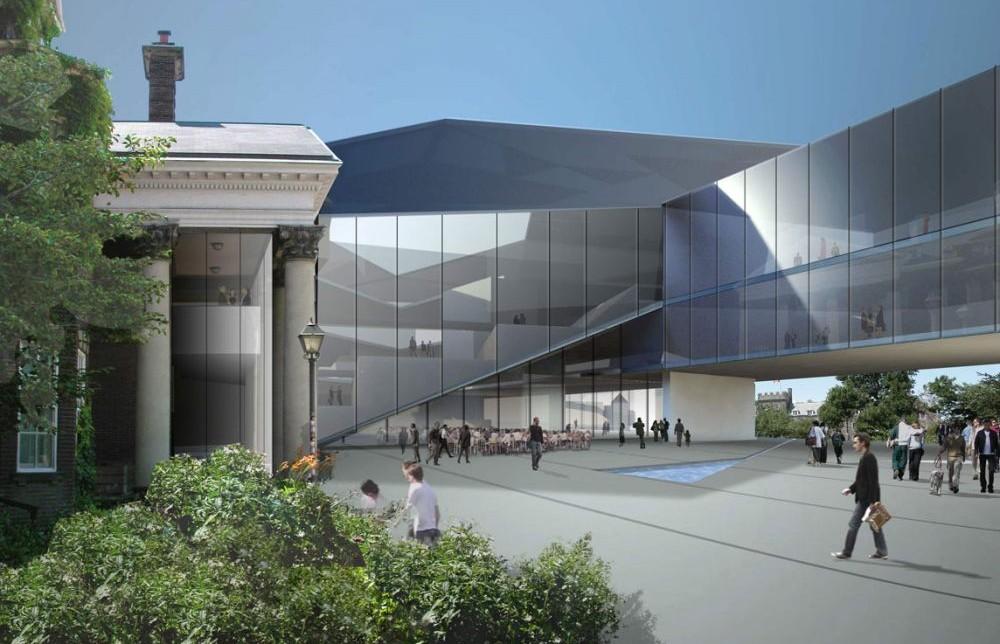 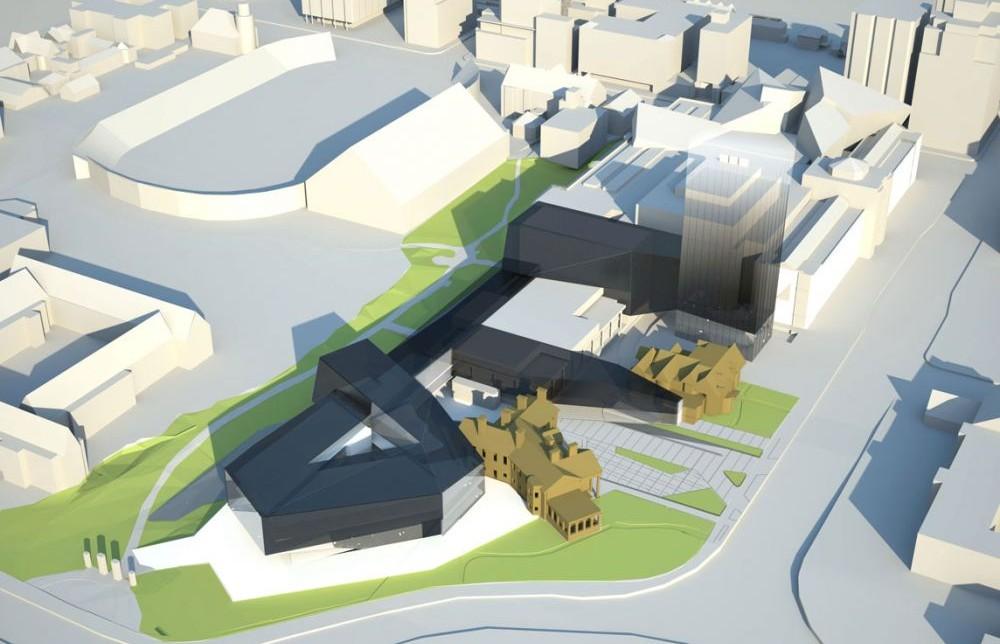 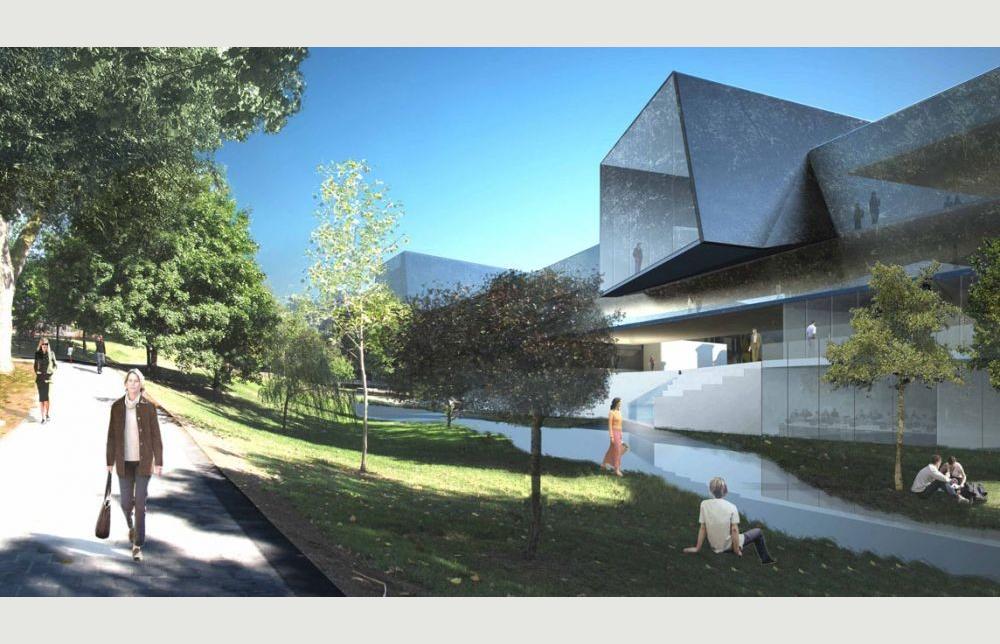 The site of the Faculty of Law in the urban context of Toronto is one incredibly rich and full of potential. With Bloor Street just to the North and the Queens Park Axis to the East and the Philosophers Walk to the West, the site is both prominent in the city and the location of a convergence of diverse cultural and educational elements. Particularly on the site itself, several forces, historic and topographical are at play.

The new precinct plan we are proposing for the Faculty of Law creates a system of built form and landscape that integrates harmoniously within the urban fabric of this vital cultural zone of the city. The system offers clarity of form to the Faculty, giving a meaningful, contemporary architectural language to the precinct, one that respects and enhances our appreciation of the older architecture of the Flavelle House and Flaconer Hall. Allowing the existing contextual forces to shape its form, the new building both houses the valuable institutional functions of the Faculty and its library but also gives eloquent and visionary shape to the precinct as a whole. In one sense, it acts as a sensitive and subtle pole, anchoring the south end of the block that starts from Bloor and ends with Hoskin Avenue. At the same time, its form along with that of the actual Philosophers Walk point the direction to the rest of the campus and downtown.

While the Philosophers Walk has evolved over time from natural ravine to promenade, the new Law Faculty addition acts as an elemental form upon which the forces inherent in the site act. Echoing the natural environs into which it is delicately set, the addition has been conceived as a built form of the Philosophers Walk, an interpretive element deformed in a manner congruous to the programmatic needs of the Faculty of Law. Notions of porosity and permeability pervade the scheme. Evident immediately are the intrinsically interwoven cross-site forces that which mold the architecture, folding and carving out spaces and paths into and around building.

We perceive Taddle Creek as an architectural shoreline weaving through the topos. Still evoking the long buried ravine, the creek bed flows through the city carving out a new shore as it moves. The Philosophers Walk, which gives substantial definition to this portion of the creek, acts as an oasis to this cultural area, where one may turn for respite, but also has the potential to act as a more prominent entrances to the Faculty of Law Complex and as a gateway to the University of Toronto campus to the south.

As a refreshing urban element, Taddle Creeks several layers of symbolism for the city set the tone for the project and precinct. The idea of the possible fluidity of the creek, too, suggests the fluidity implicit in the formal language of the building.

In considering the Facultys program as a band extending along the Philosophers Walk, the existing contextual figuresthe historic Flavelle House, Falconer Hall, the exterior courtyard plaza, the trace of the 1961 Library expansion, and Queens Parkare readily perceived as acting upon and shaping this linear element.

As the element begins to fold and deform as a result of these forces, its character in the urban context emerges as one that exists in harmony with the existing built environment, creating spaces for education and interaction, but also meaningfully shaping the spaces that previously existed as underutilized and interstitial in order to bring out their full potential.

The existing site forces push as pull the band, giving it form and indicating paths to cross the site. Thus the ideas of porosity and permeability emerge as driving factors behind the project. Just as the creek has been shaped over time by forces, both natural and man-made, so the buildings form has been influenced by contemporary urban factors natural, artificial and social that exert pressures on the site. The resulting site is pedestrian-oriented. The newly redefined exterior courtyard takes shape as an ideal setting for relaxing and holding events, while landscape elements such as the grass surrounding the building also become places for gathering. The buildings formal language is open toward these spaces, ensuring their continual use.

A fountain has been incorporated into the exterior courtyard, and its water flows toward Philosophers Walk by means of a channel and waterfall.

The implementation of a new, interpretive creek element into which the fountains water flows gives one a palpable sense of being suspended above the waterbed that long defined the area. The idea of water running beneath fosters the poetic notion of a harmonious human relationship with the earth. While studying or doing research in the library and faculty spaces above, the meditative environment created by the relationship between building and the creek landscape below is one that enhances the learning experience.

The creeks mineral form evokes the notion of erosion that the natural forces once enacted upon the ravine. The architectural form of the Faculty of Law addition draws inspiration from the similar idea of forces sculpting an element in the landscape.