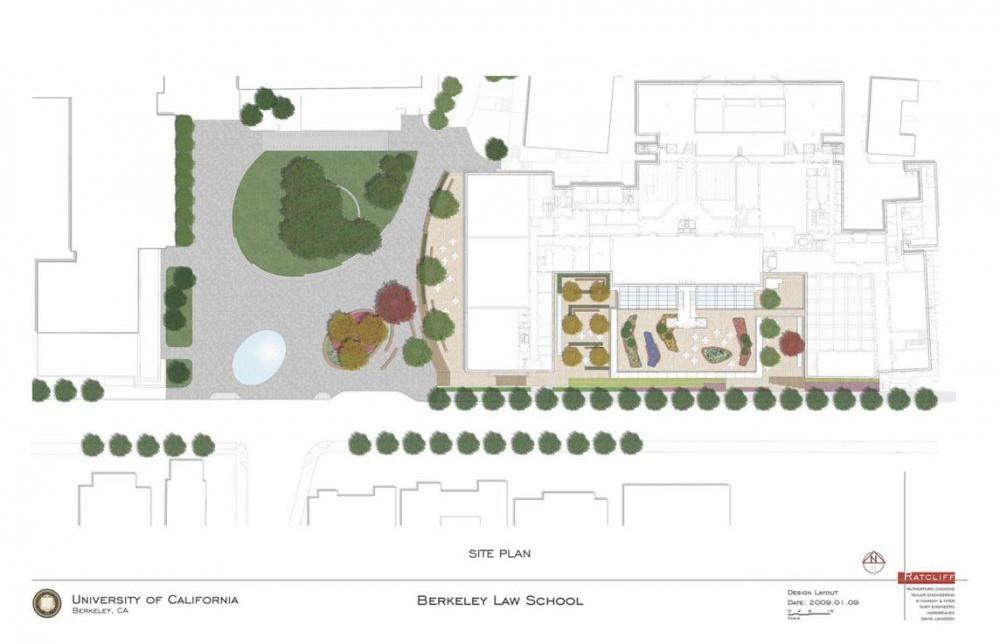 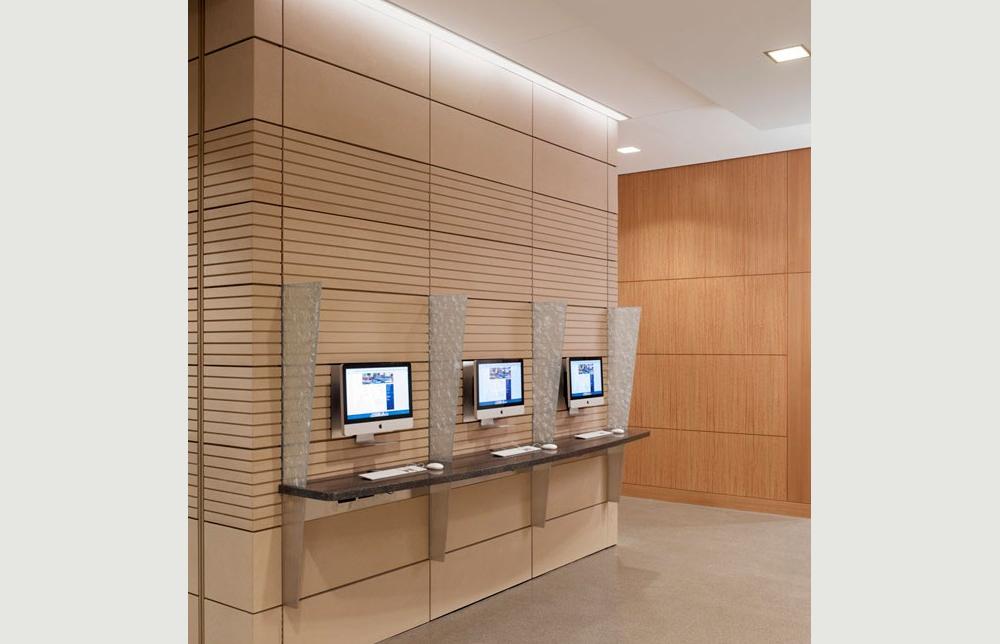 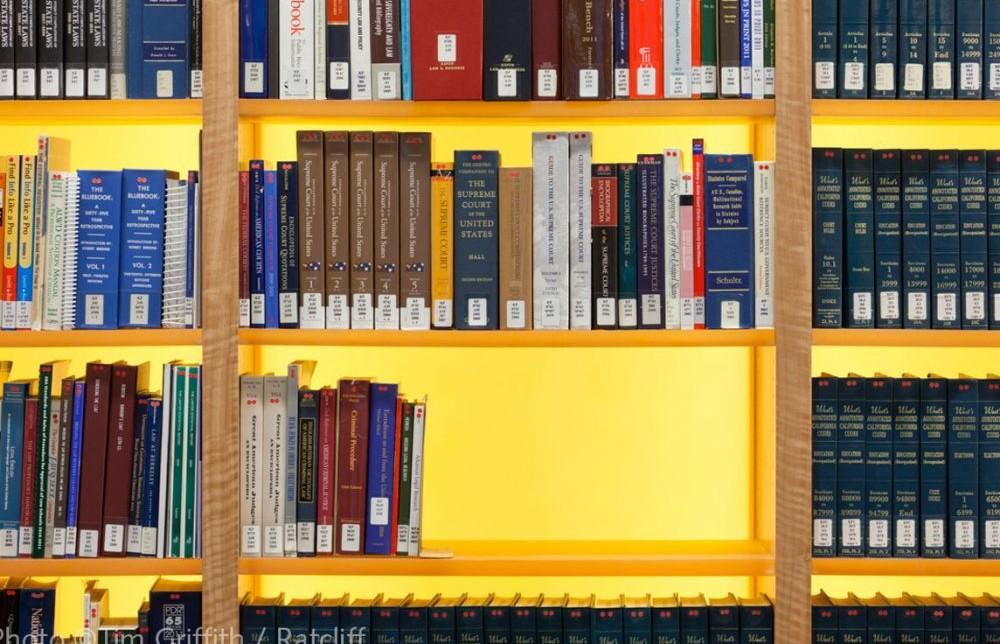 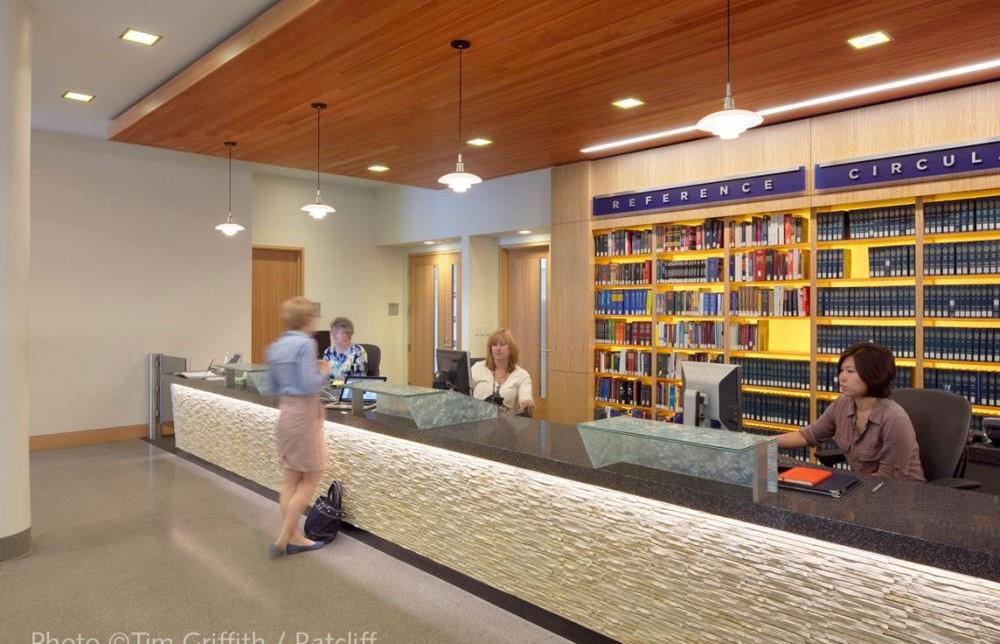 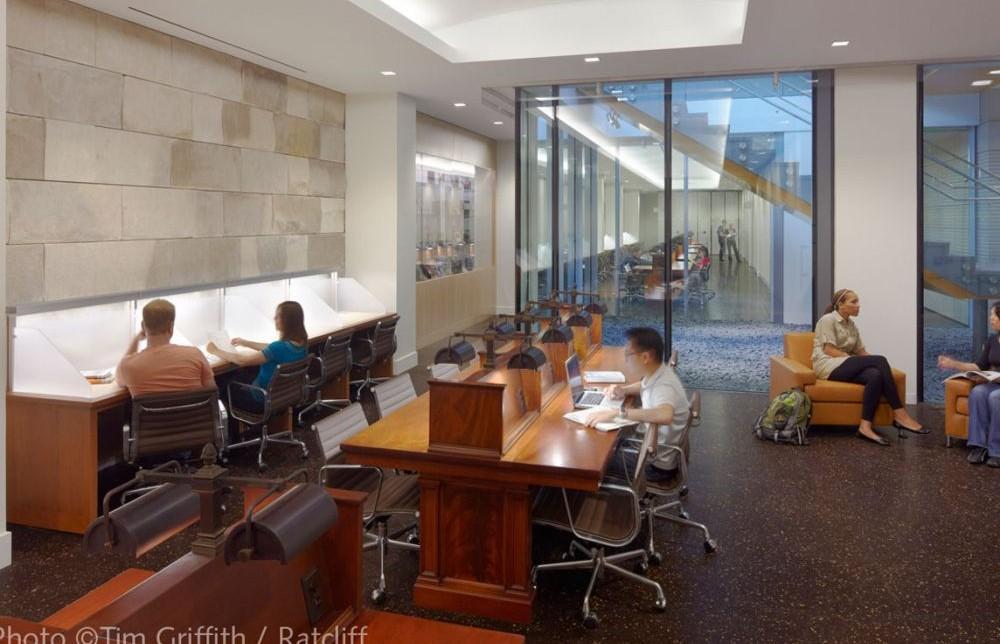 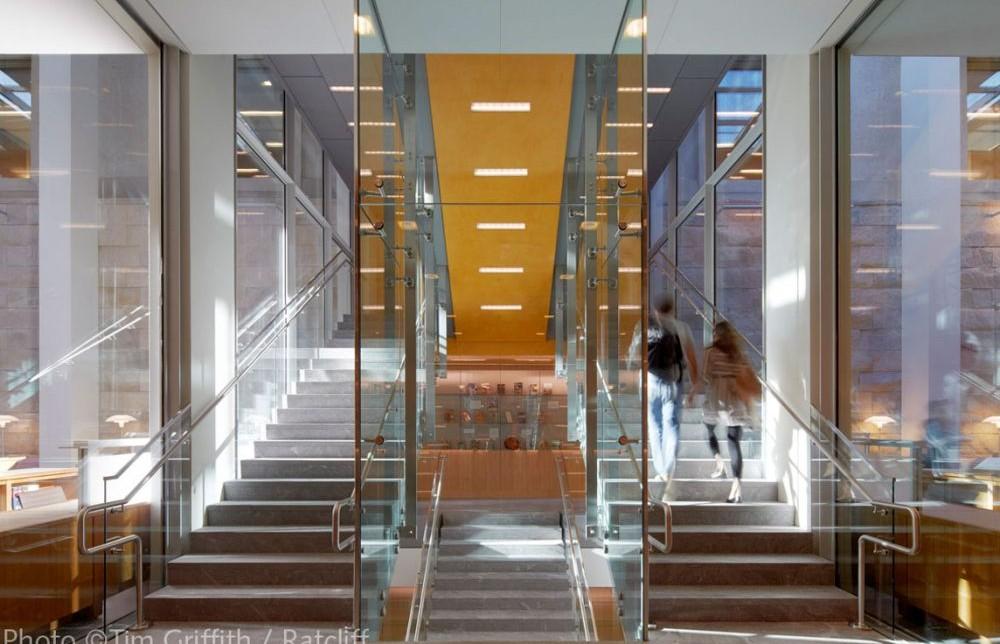 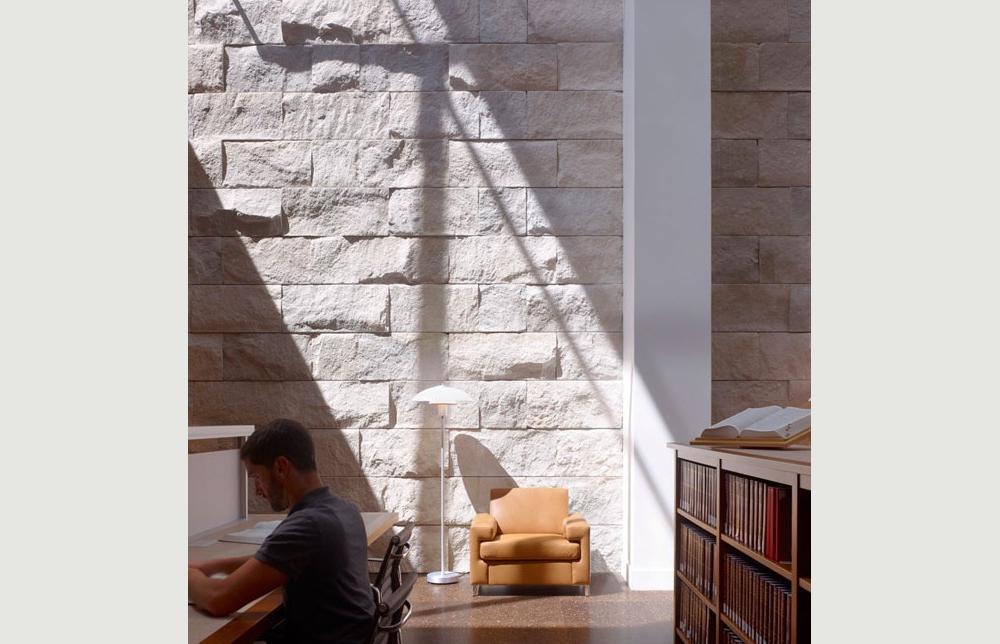 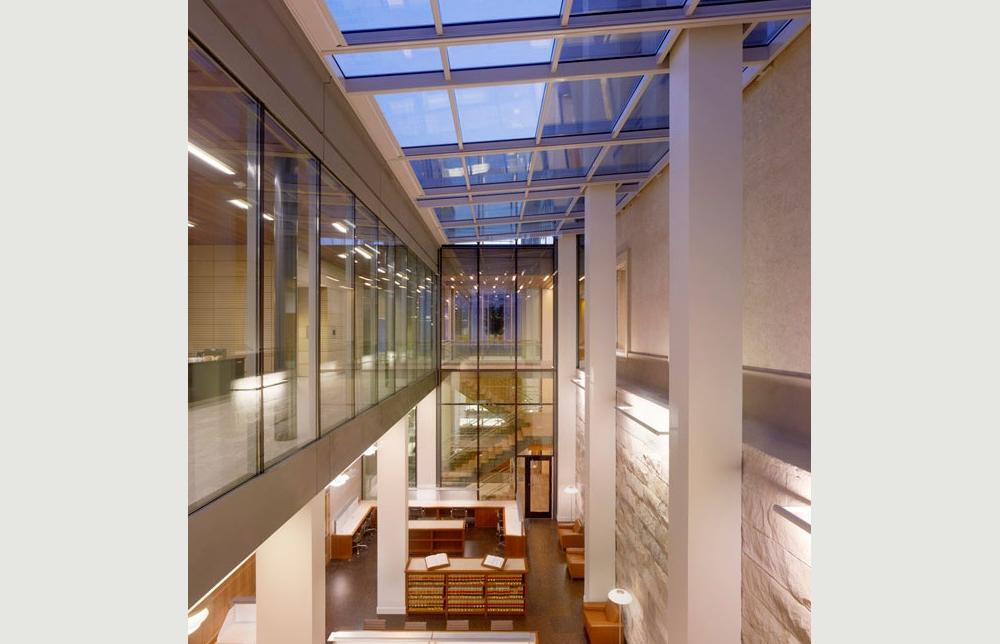 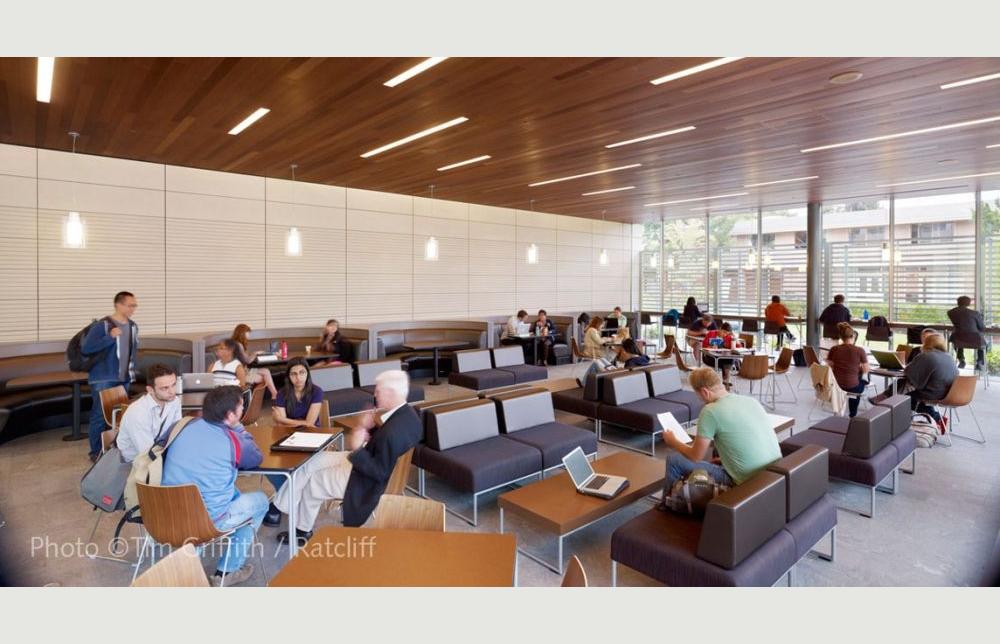 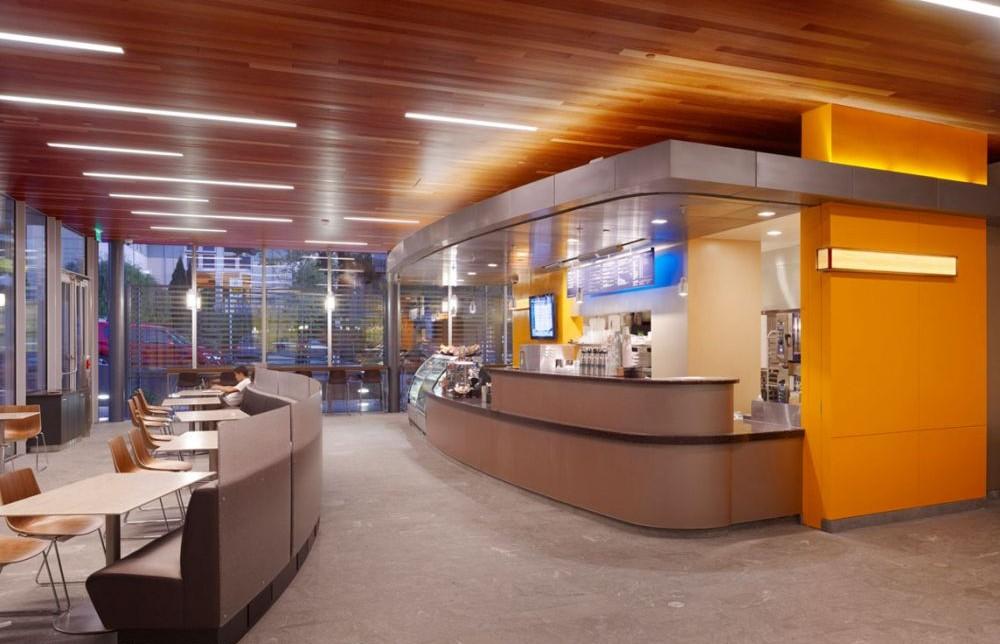 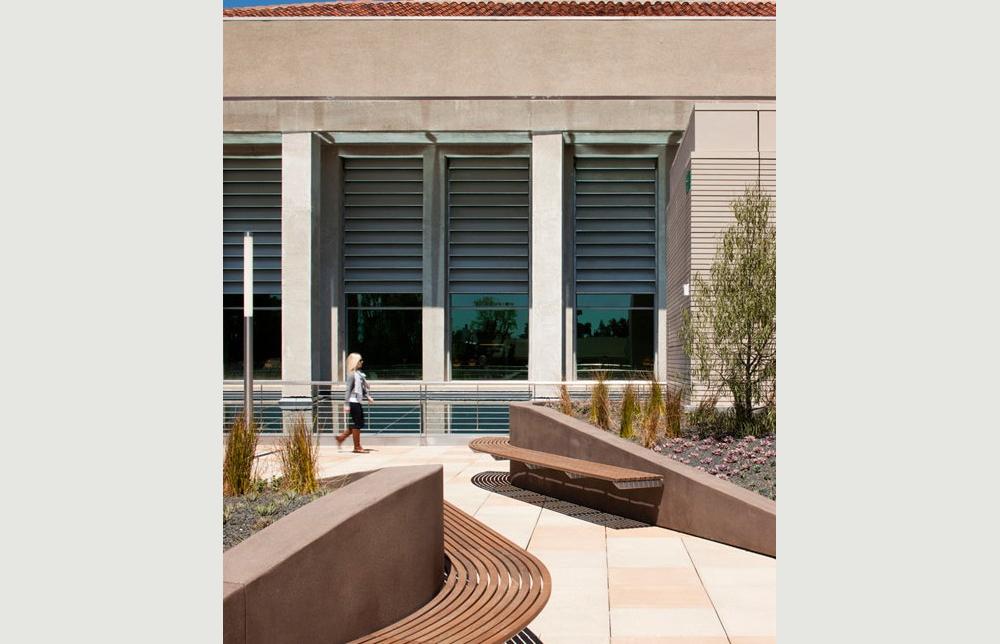 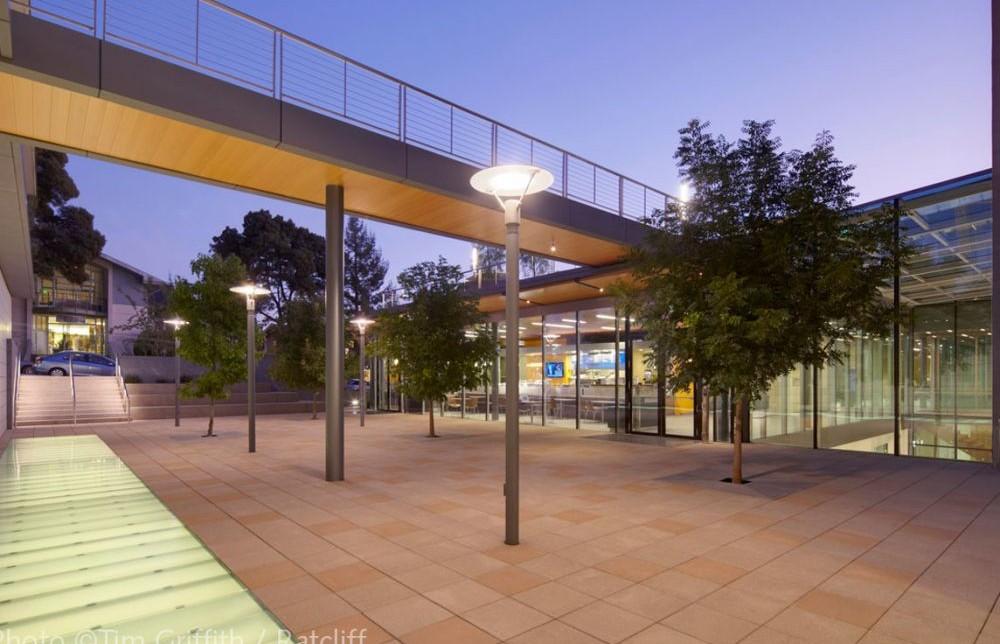 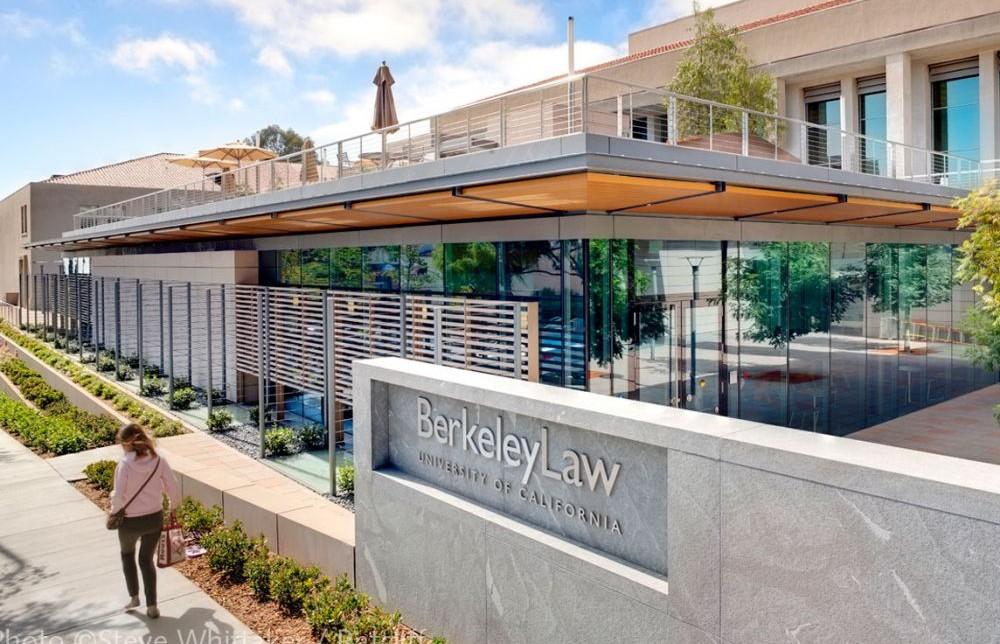 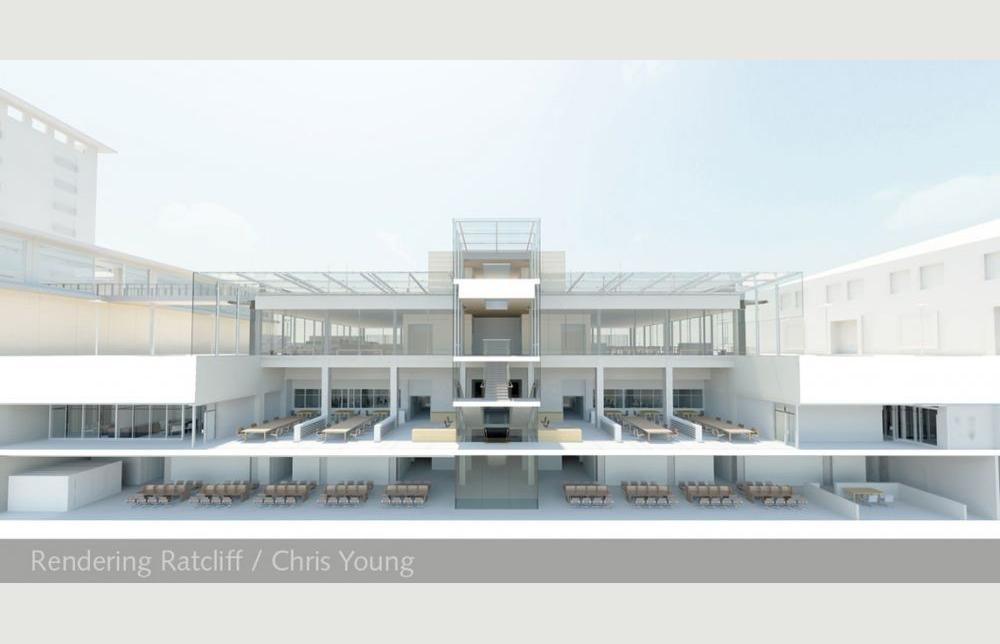 Full Description The UC Berkeley School of Law and Library was originally constructed in 1951 and, with its subsequent additions in 1969 and 1996, forms an integral part of the Southeast Gateway to the upper campus and serves as a major link between the Campus and Downtown Berkeley.

The existing site is bordered by busy streets to the south and east, parking to the north and public plaza to the west, leaving only the possibility for expansion into the hallow ground of the south courtyard. This courtyard was a semi-public outdoor space which focused inward and turned its back on the activity of the street and the city at large.

The new 55,000 GSF South Addition includes relocation and expansion of the library collections, reconfiguration of circulation systems, and creation of librarys new point of entry along with open spaces for social gathering as well as renovation of the 17 existing outdated classrooms. An overarching conceptual goal of the project was to view it as an environment that is made up of a set of diverse and memorable programmatic and spatial experiences that are reinforced by the formal building components that create them.

To this end, the site circulation has been reconceived as working in parallel to the main faces of the building, challenging the formal axial entry sequence that one might assume given this configuration. This is a critical planning shift that creates a more dynamic pattern of movement and generates a host of opportunities for outdoor spaces and uses for the school and the University. It also creates a facility that is easy to enter from multiple directions, either by walking along Bancroft Ways sidewalk; parallel to the building face via the east courtyard or by ascending the southwest stairway from College Plaza and arriving at the west courtyard where one finds oneself easily moved from the initial public gesture of the campus entry to the semi-public courtyards that serve the caf which becomes the point of contact between the public and private faces of the school.

The addition is submerged below the ground level in order to preserve the open space and to minimize the visual impact on the existing structure. The glass pavilion is the only element above grade, floating in the surrounding landscape. The pavilion is the defining, iconic element and provides Berkeley Law with a much needed public face and identity that the original law school always wanted to convey. The center piece of the pavilion level is a new Caf and student commons, and a 75-person lecture hall. These new spaces provide vitality to the learning environment along with much needed flexible open areas for informal social gathering and studying.

Passing through the pavilion space, ones attention is drawn to the large, glass volume that connects the new structure to the old. Long, slender columns travel from the cornice of the original structure through the glass enclosure and down into the new, lower level reading rooms. These columns integrate the two structures in plan and section and create a dramatic dialogue between old and new, above and below. The basement wall of the original structure continues downwards and is clad in split-face limestone blocks, offering a sense of discovery with a direct reference to the institutions historic foundations.

A monumental stair of flamed granite and glass, the only programmed space that exists in the glass connector, allows light to filter down to the lowest level where reading rooms feature the original Law Schools 100-year old historic study carrels. The upper level reading room spaces directly above are entirely illuminated by the daylight from the glass skylight above and with artificial illumination introduced as needed by a series of individual controllers at each reading desk/carrel. Although the volume is large, the space has a remarkably intimate feeling and is a quiet and comfortable place to study. It also has a unique connection to the outdoors, enjoying abundant natural light and registering the passing of weather and time, but without any of the distraction associated with views or direct connection to the public way.

The remaining library program elements include the reference/circulation desk along with administrative and support services. Rather than having the cavernous feeling of so many central archives, these spaces are day lit from above by a series of innovative glass walks and skylights that allow full penetration of light and bring a sense of openness and activity to these critical back of house functions. These glazed surfaces appear in the east and west courtyards as structural glass paving and on the south side as skylights interspersed with planter beds. While they admit light during the day, these same surfaces become light sources at night, soft beacons that represent the space of the library to the public areas at night.

Traveling back up the central circulation core, one can arrive at the upper level above the street to a private roof top terrace with magnificent views of the San Francisco Bay, Berkeley Hills and International House Tower. This space incorporates elements of the public courtyards alongside organically formed, cast concrete landforms that recall the rolling topography of the surrounding Berkeley Hills and define the space, planting and seating areas. The informal nature of this landscape is consistent with the understanding of the buildings relationship to the prominent campus entry and to the other formal points of entry to the University. From the vantage of the roof, the hierarchy of entry and landscape is evident. The school has a direct connection to this living, outdoor space which acts as a series of outdoor meeting and seminar spaces, each appropriate to the local climate. The terrace is joined to both the existing Steinhart Courtyard, and the librarys main reading room via new sky bridges, providing additional points of access and, again reconnecting the addition to its immediate surroundings.

Again, this is less of a building and more of a set of experiences. It is a skillful organization of space within limited confines that solves multiple problems while enhancing a sense of community and shared space. It works from a campus level and an individual scale, with each area receiving the same attention and importance. This project elegantly and progressively reconnects Berkeley Law with the University and community as a whole.