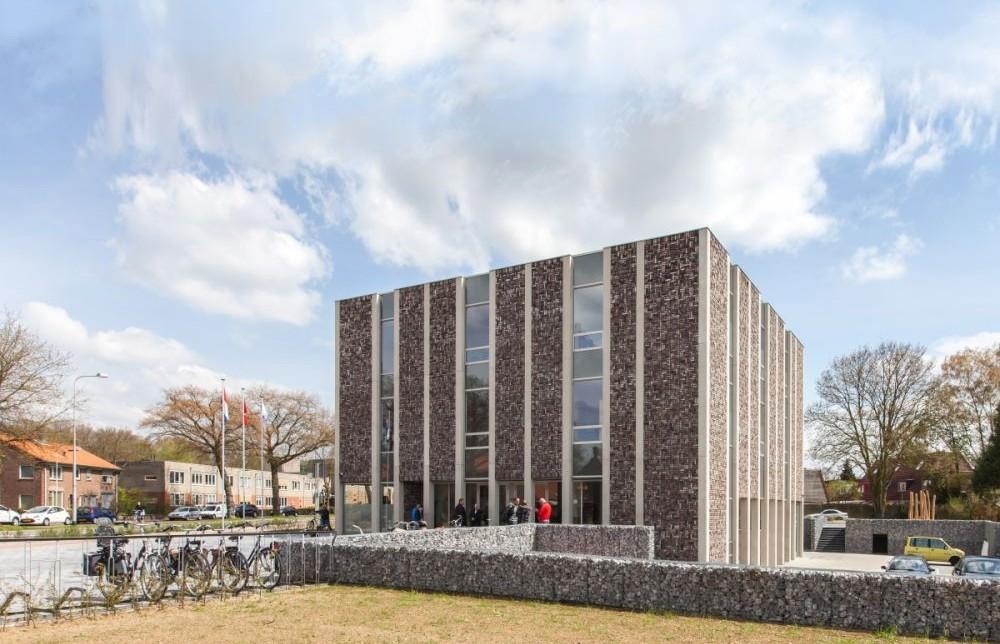 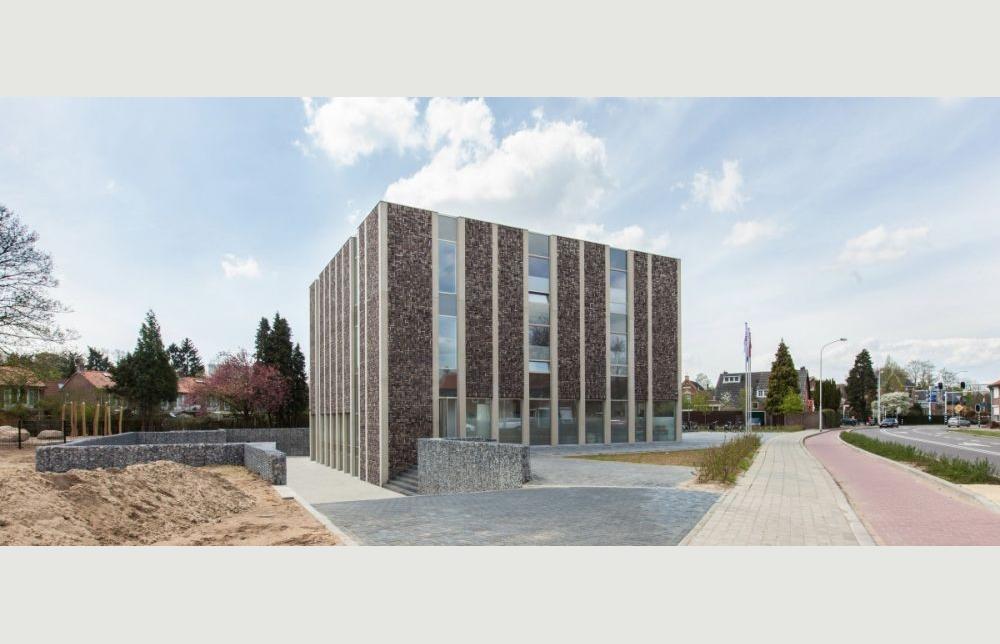 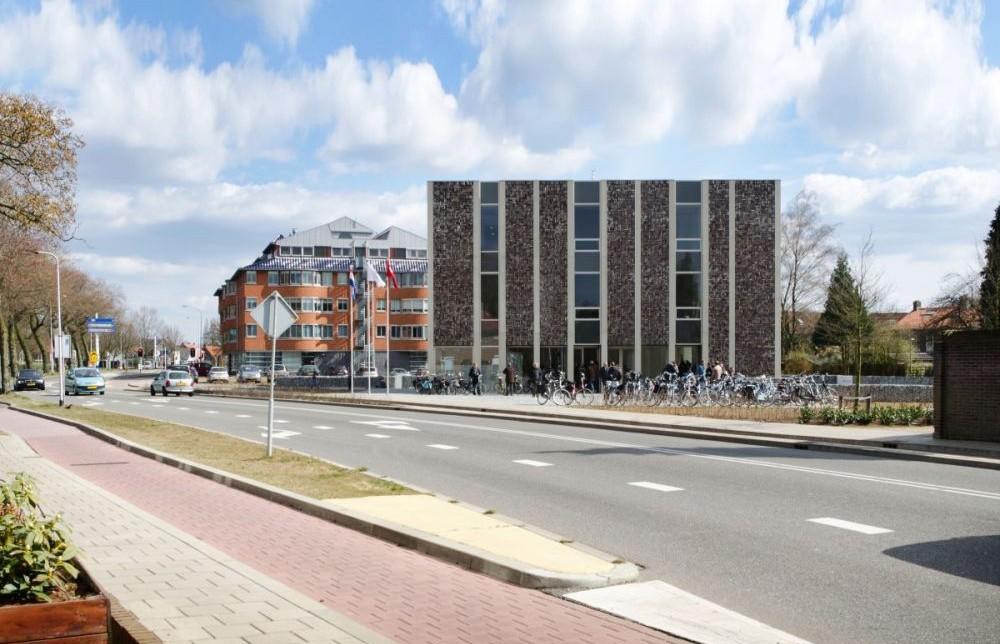 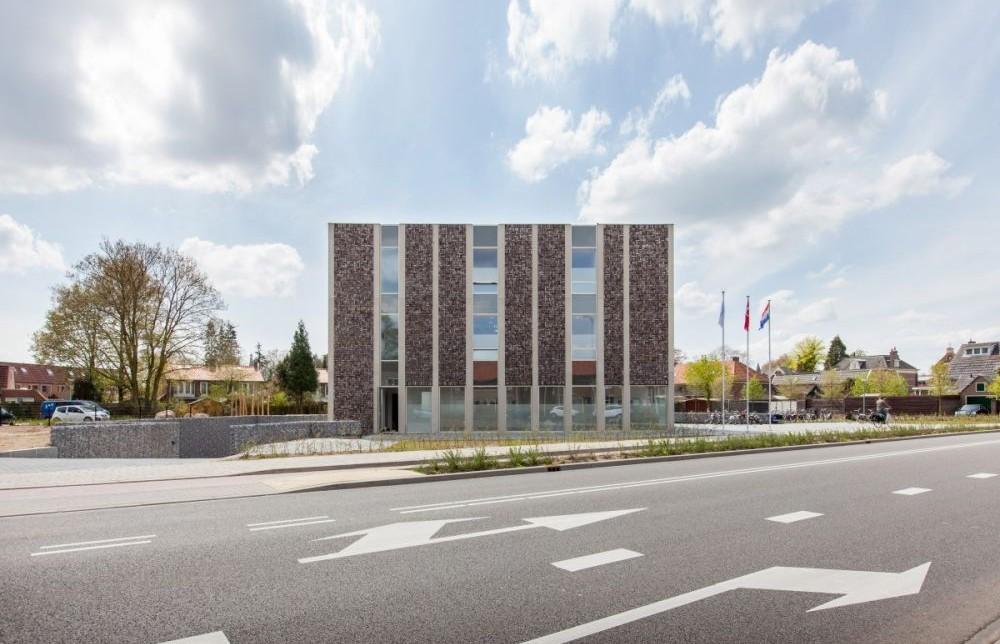 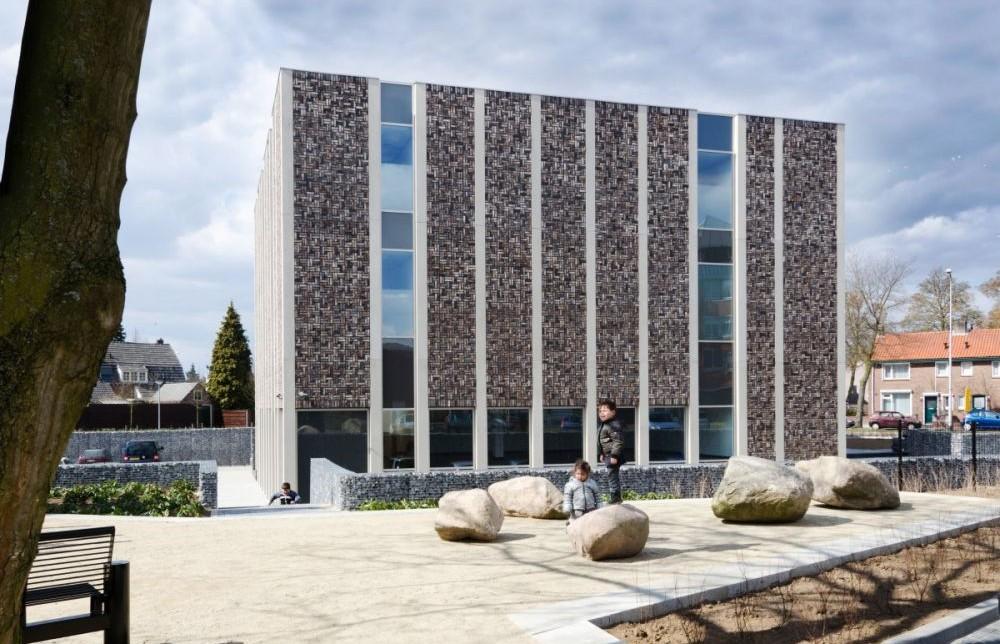 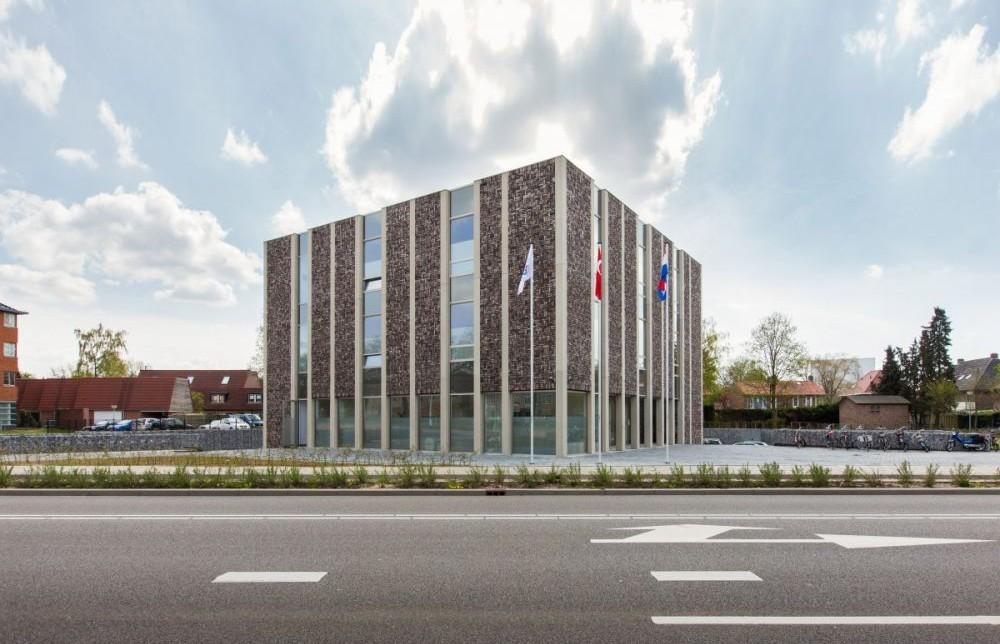 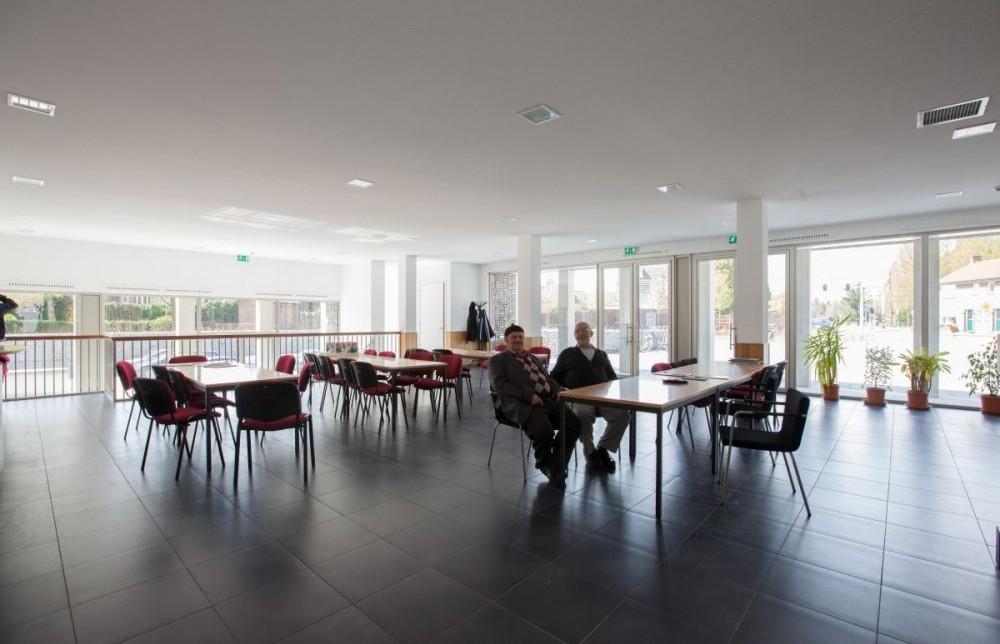 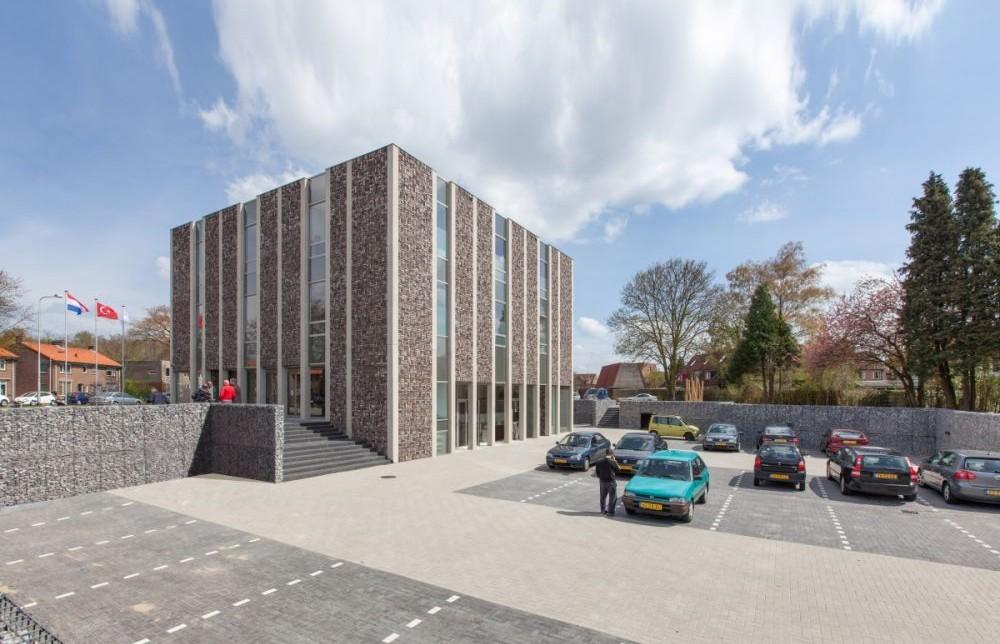 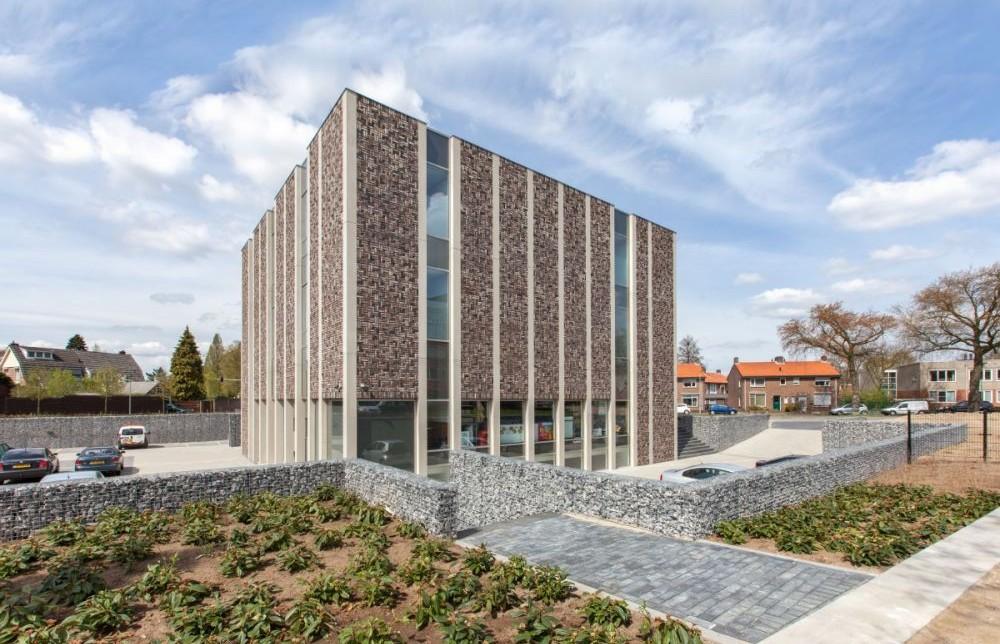 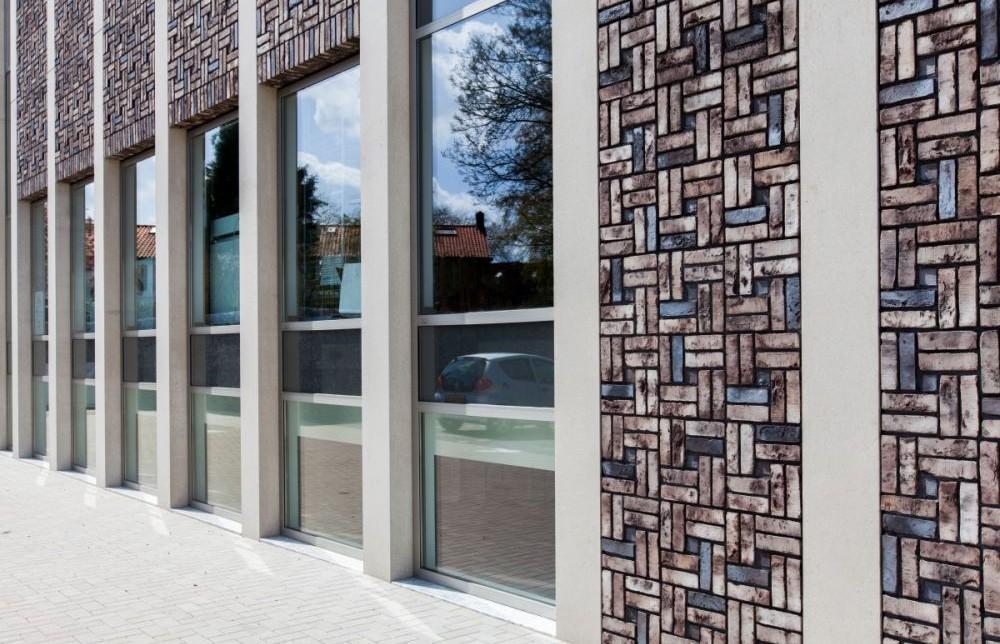 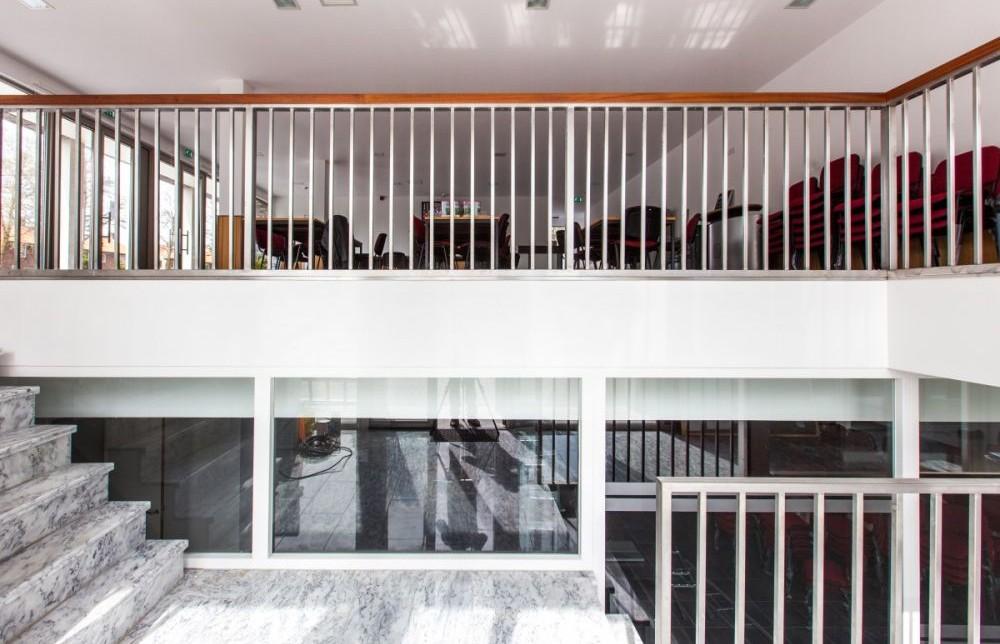 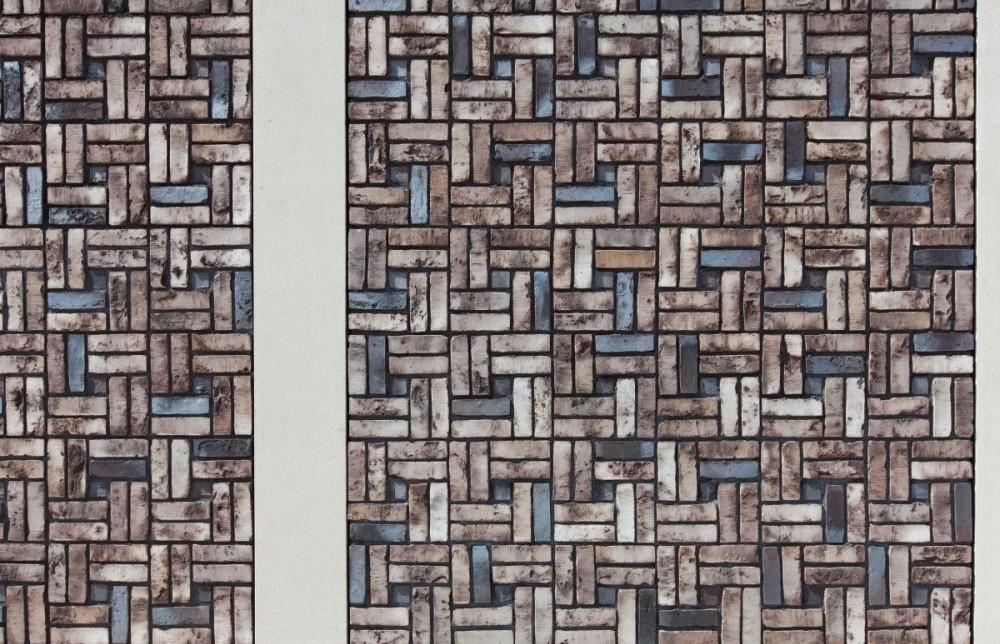 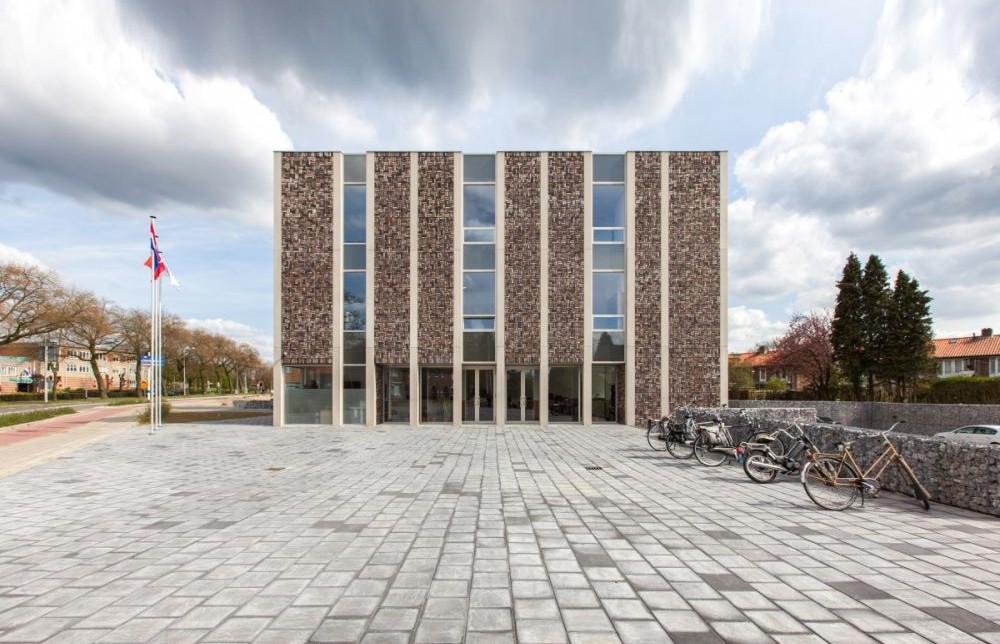 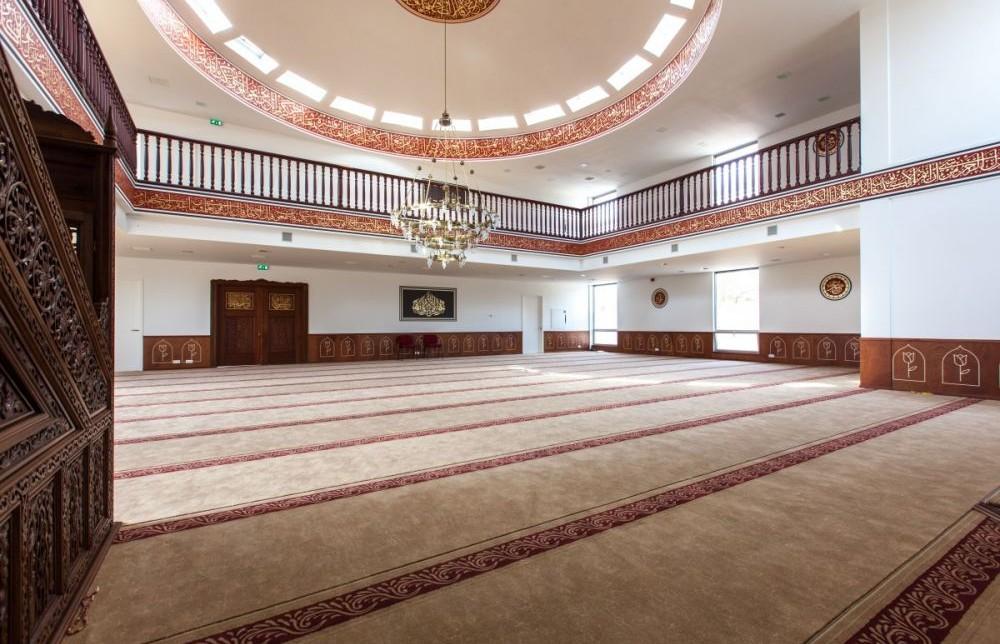 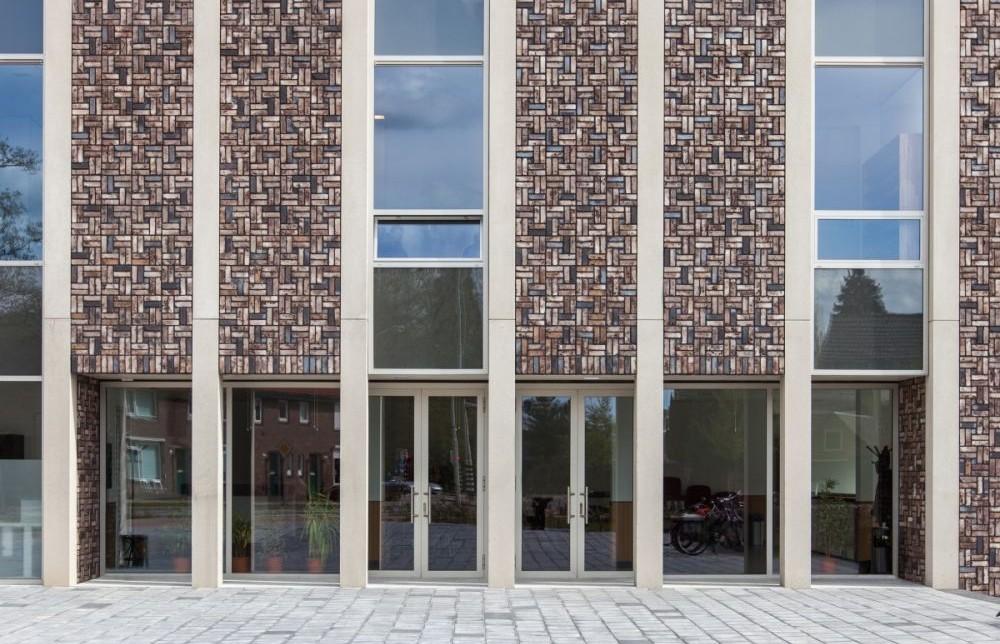 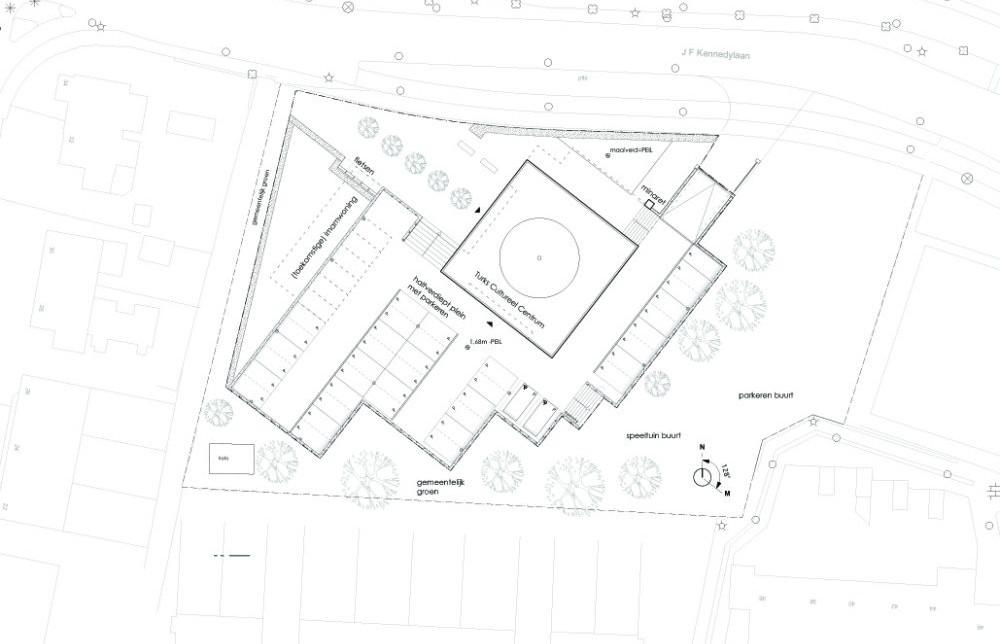 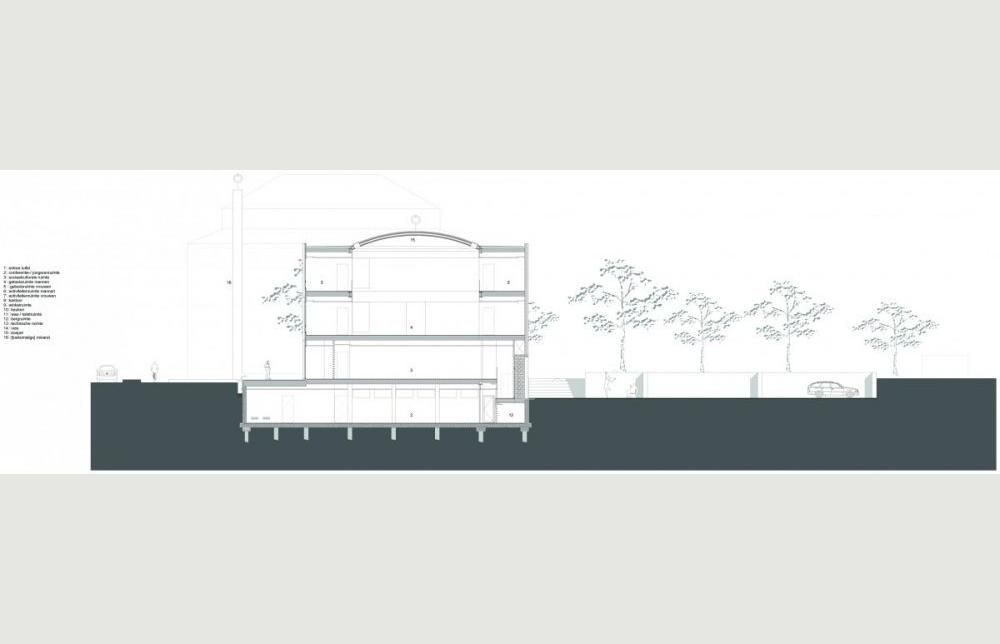 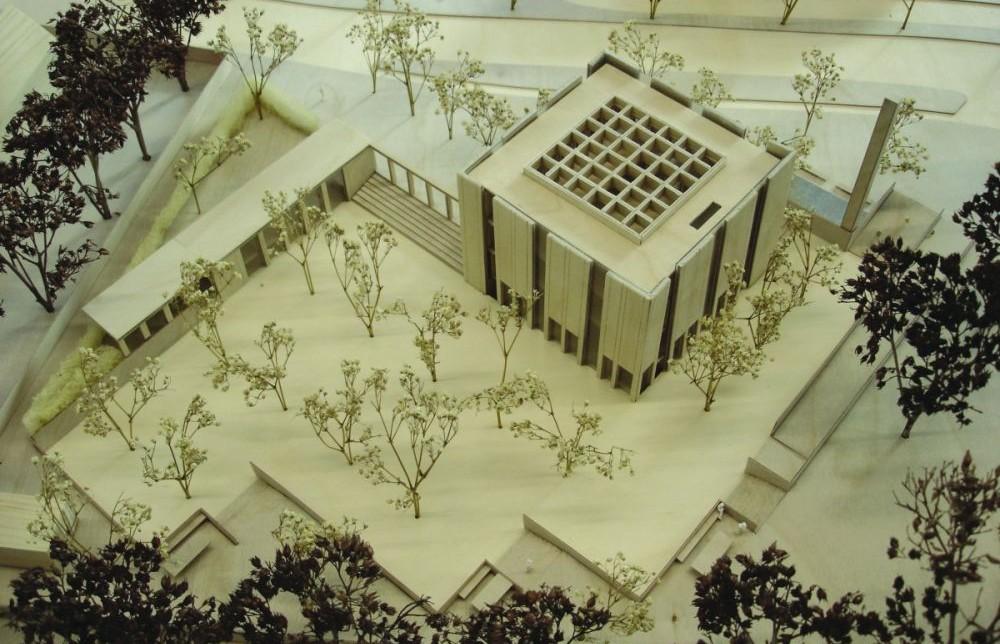 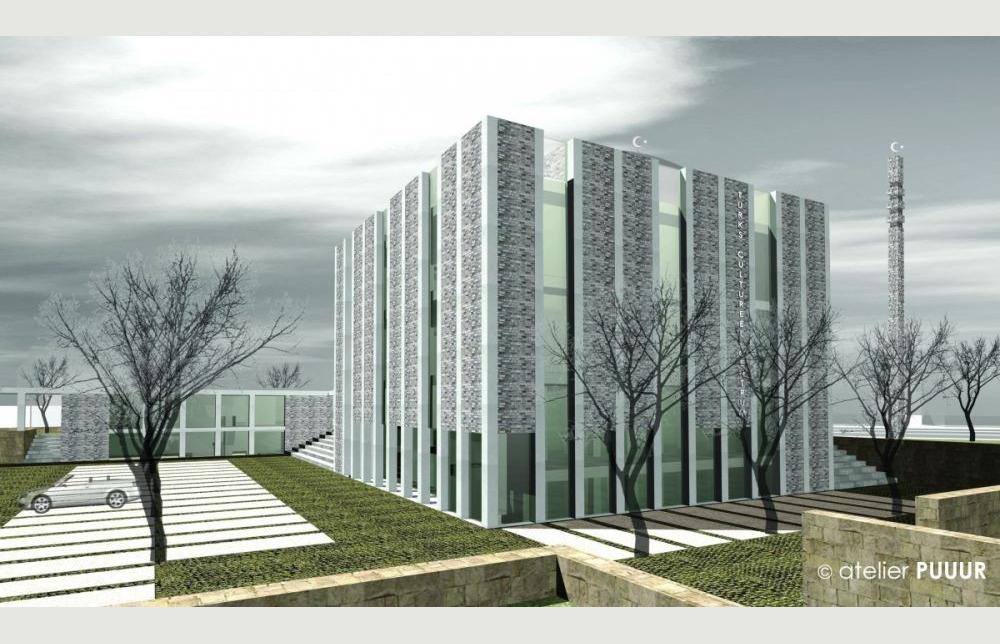 Turkish Cultural Center [T.C.C.] / Mosque & Imam House, Doetinchem Netherlands Atelier PUUUR _ Furkan Köse The municipality had a significant role in the design. On the one hand by organizing a small closed competition, which was won by Atelier PUUUR in 2007. Otherhand  by including a number of criteria for the design. ‘The architectural design should be a bridge between the religious tradition of the Turkish community and the ‘here and now’ of Doetinchem in the 21st Century.’   The J.F. Kennedylaan is an important ring road of the city, which is part of a series of green areas and public buildings. The compact construction volume with small footprint leaves sufficient space left on the terrain for a green environment to strengthen this green routing. This zone with big trees functions also as a buffer between the adjoining backyards of the neighbors of this residential area. The sunken court is used to withdraw the large parking facility from the street view. The T.C.C. is oriented toward Mecca, it is turned a quarter to the adjecent urban structure. There is an orientation to the street and an orientation to the sunken court. Respectively the secular versus the spiritual side of the building. This angular displacement is applied to give the area a unique character. There is a gradual transition from public outdoor areas to indoor areas. Also the interior forms a series of open and public spaces to places with more private and intimate caracter, ending with the most intimate place; the prayer hall. The social/ cultural program connects to the street level, with the main entrance of the building. On the sunken square side is the second entrance. This gives the building an all-sided approach and therefore it has no back sides. Can therefore also different traffic streams of people organized. For example, during a prayer service in time of other cultural activities. A balance between tradition and modernity is the key to achieve a good symbiosis, from which a sustainable solution can emerge. The interesting angle of this field of research is researching the line of partition, without balancing to an obvious side. Modernity without the traditional layering of references does not have architectural meaning and vice versa direct traditional architecture, without a contemporary translation has no surplus value. The mosque architecture has to, as the churches did ,coming from the gothic, to be subject to the zeitgeist and a serious development of style, to become a dignified reflection of the new generation of users. Extensively studies has been made to achive the desired balance between Islamic idiom and the Dutch context. Attempting to create a contemporary building that is founded on traditional Islamic architecture principles such as the geometric principles, transitions of inside and outer spaces and the principles of the enclosed garden. Not so much the ornamentation, but the more the Islamic symbolism played a part in the design. The five division – the five pillars of Islam – can be found in multiple scale layers, for example in the division of the building structure, the columns in the colonnade at the entrances and the five-part brick flowers of the facades. Internal the building is divided into three rings, the outer ring forms the supportive and additional program, the inner ring the main program, which are separated by a colonnade serving as a traffic zone. The vertical articulation of the facade is a guidens to the sky and makes the building appear higher. The brickwork facades are in original bond refering to islamic flower patterns. The building is attempting to give a subtile answer on the current architectural debate about mosques in Western countries, the building presents itself as a contemporary, theatrical, sacred entity with an islamic character. In which the most important two elements: identity and recognition can be experienced from the perspective of both cultures.   Design: 2007, Construction: 2011- 2012 Place: Doetinchem, The Netherlands Terrain: 1,4 Ha, Building: 1900 m2 Principal: HDV Merkez Foundation – Diyanet