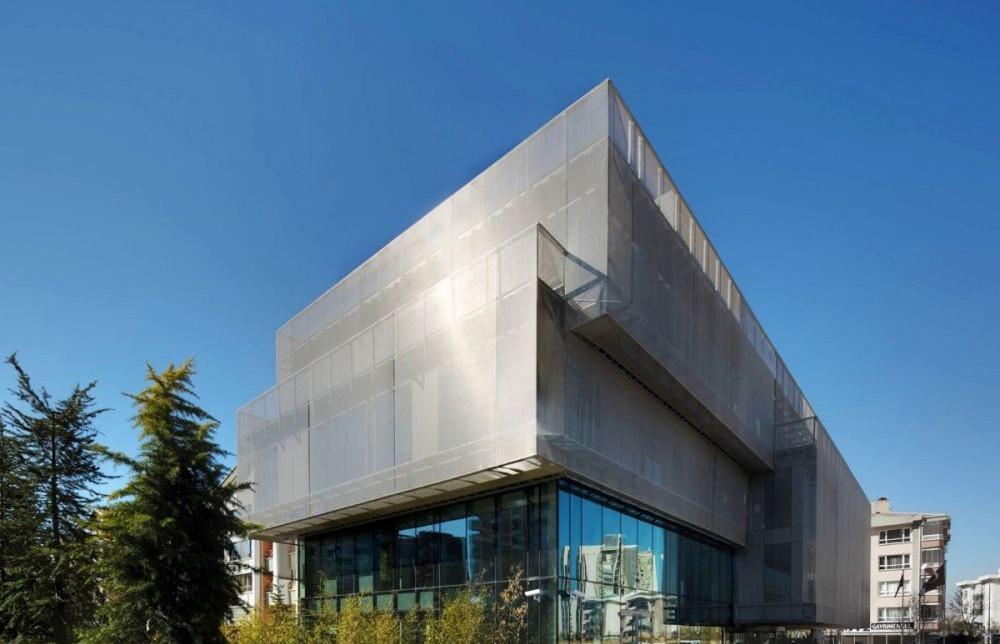 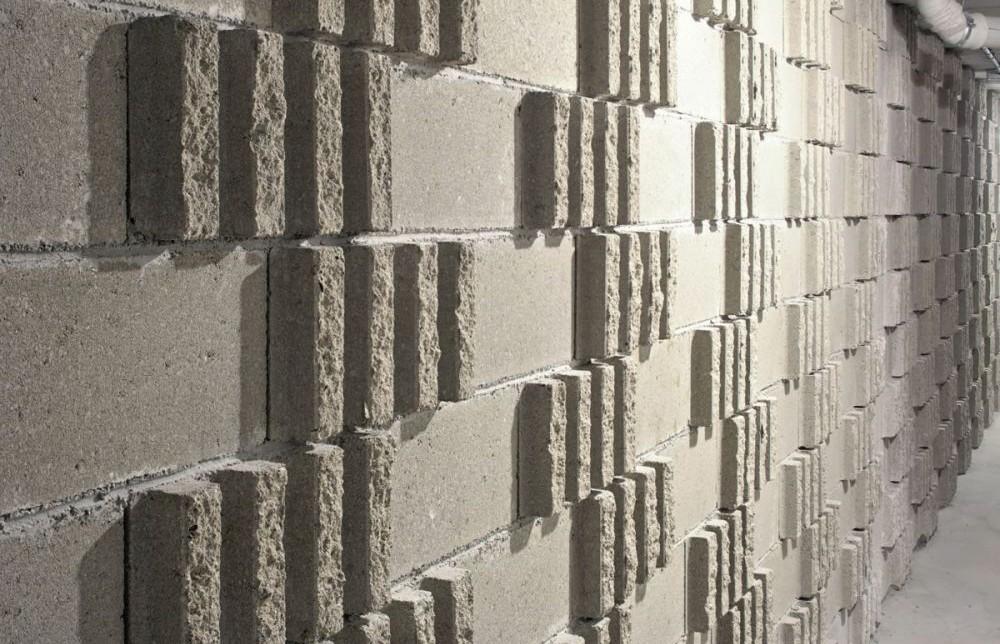 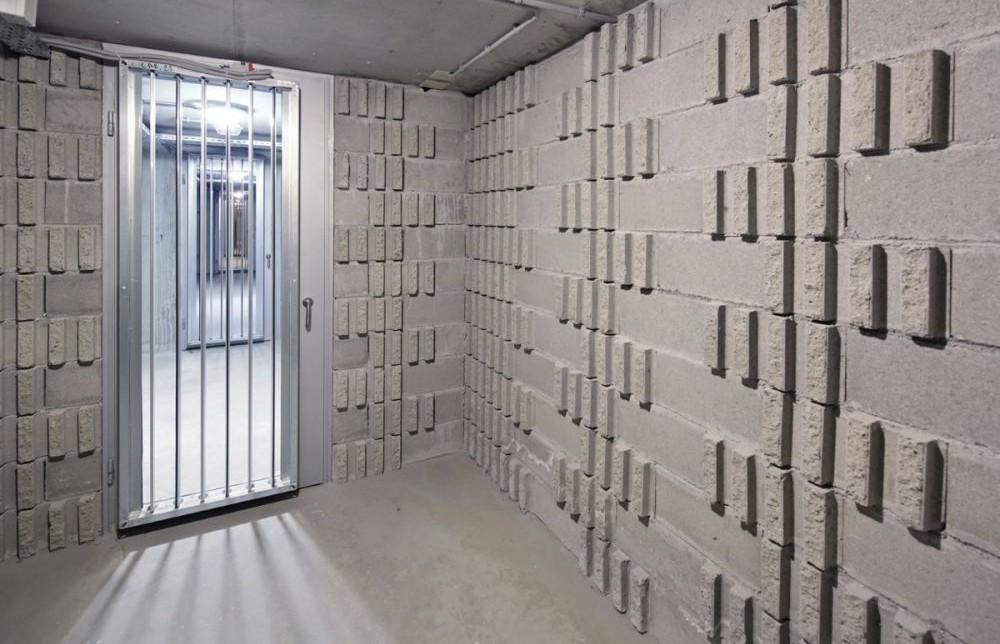 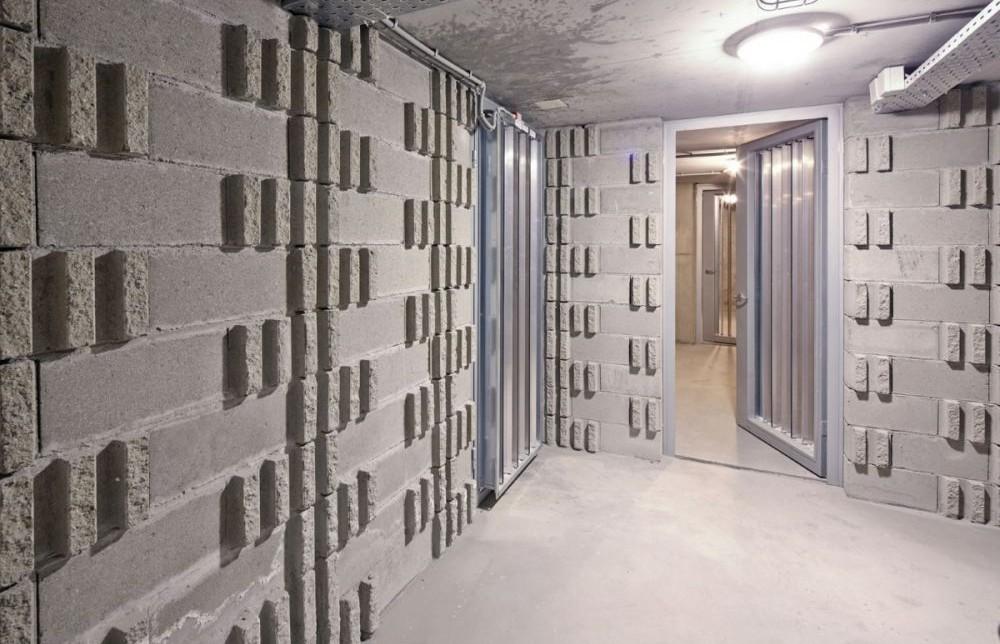 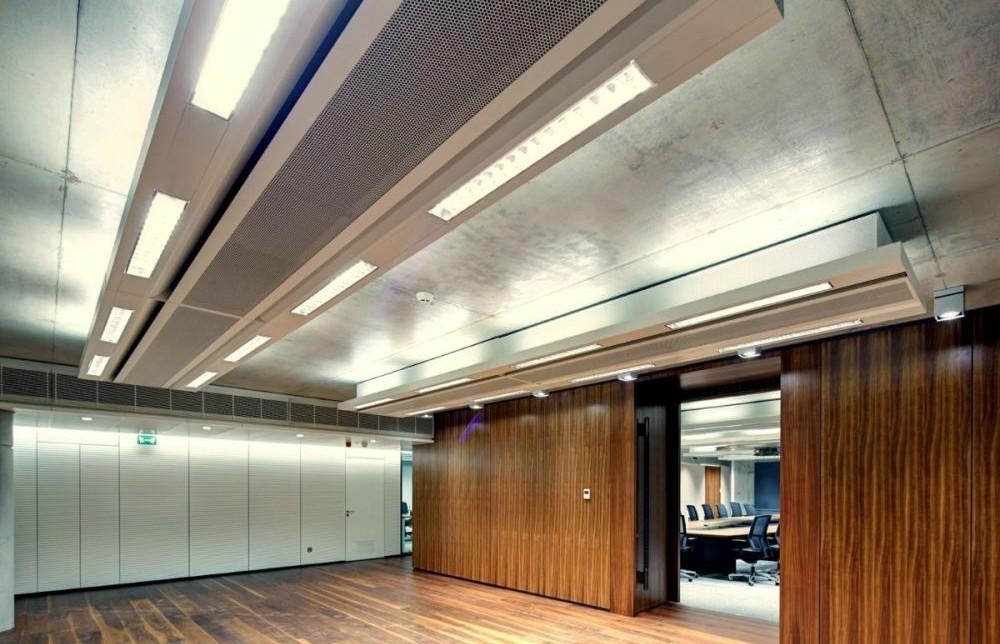 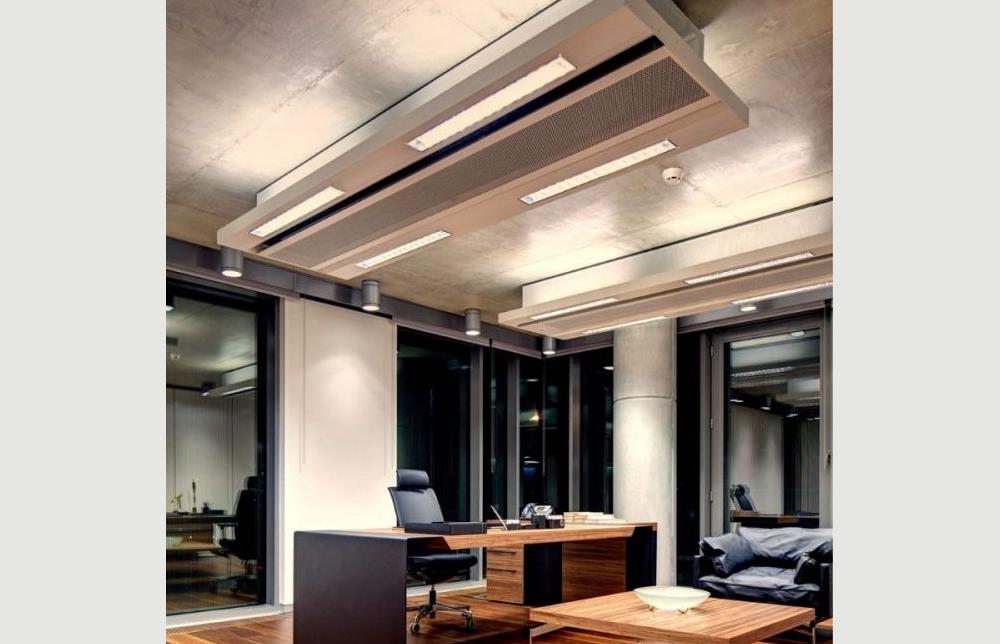 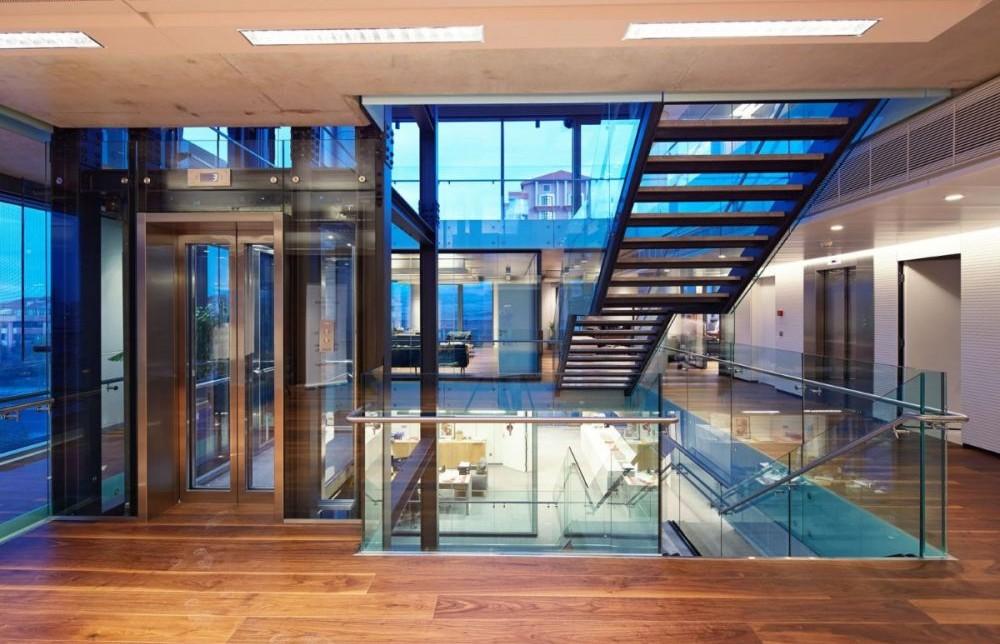 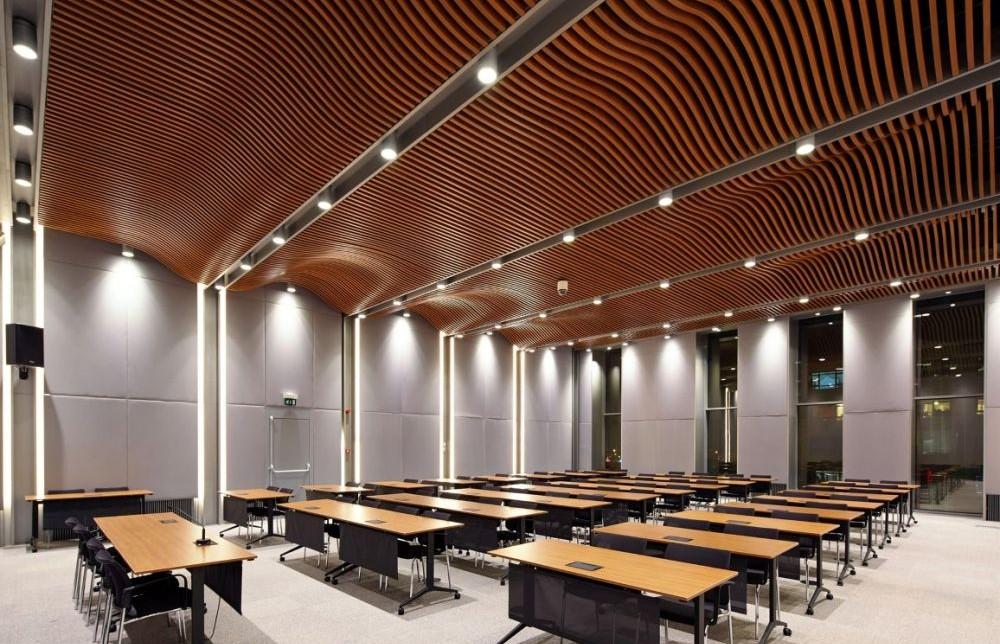 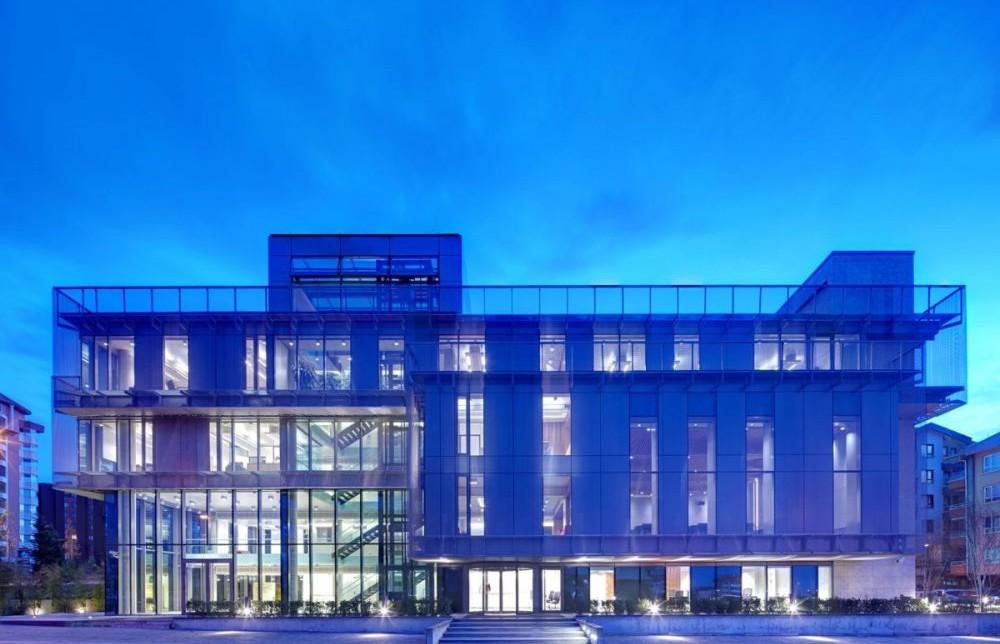 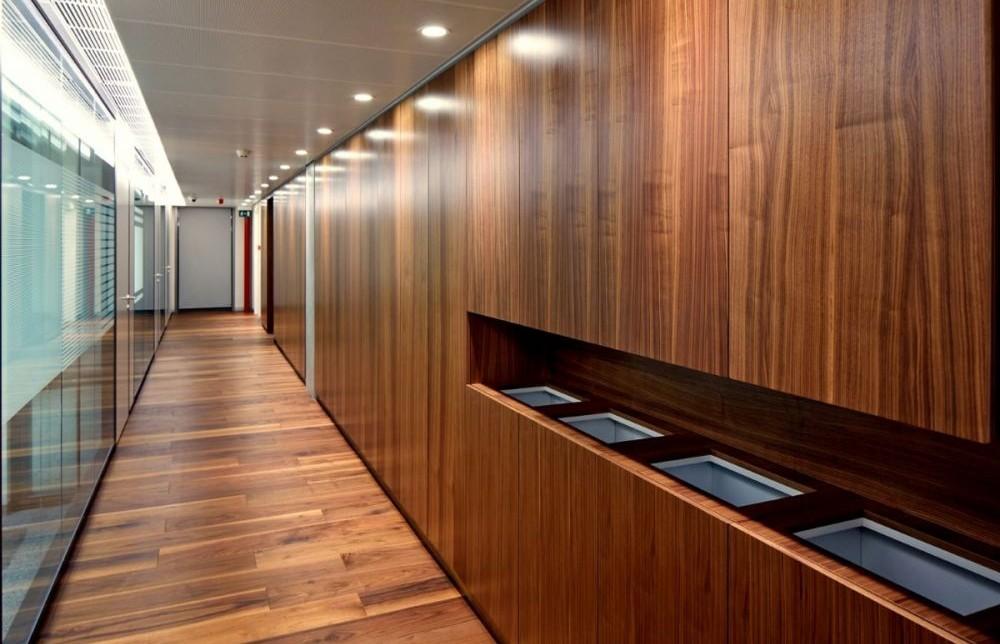 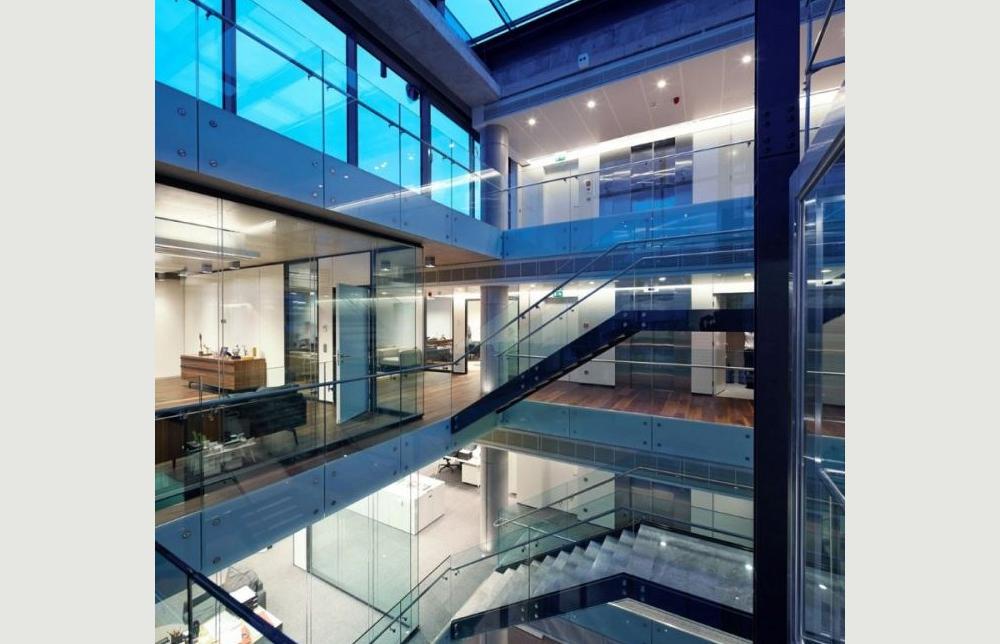 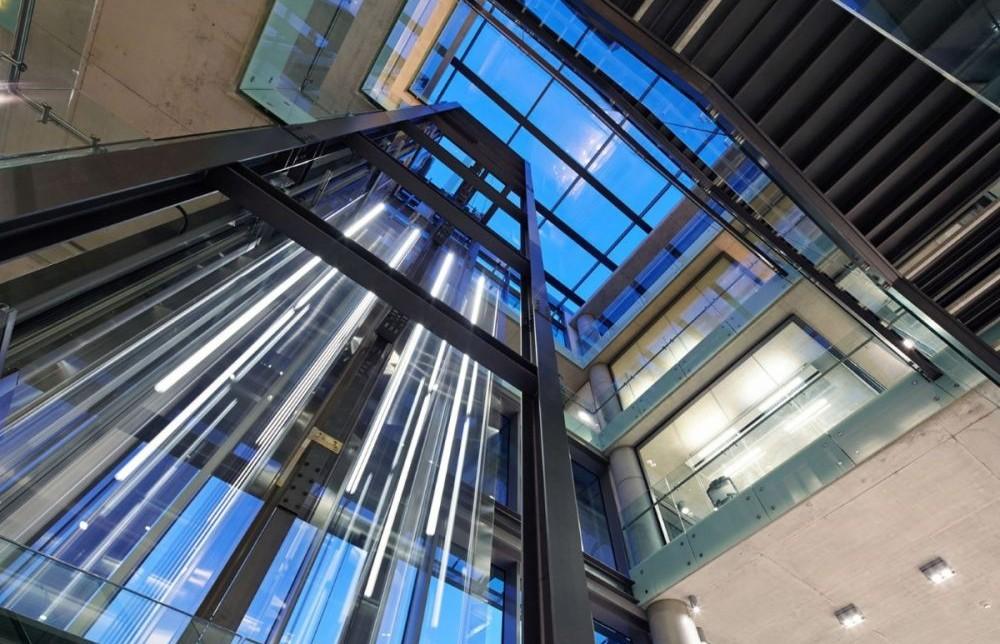 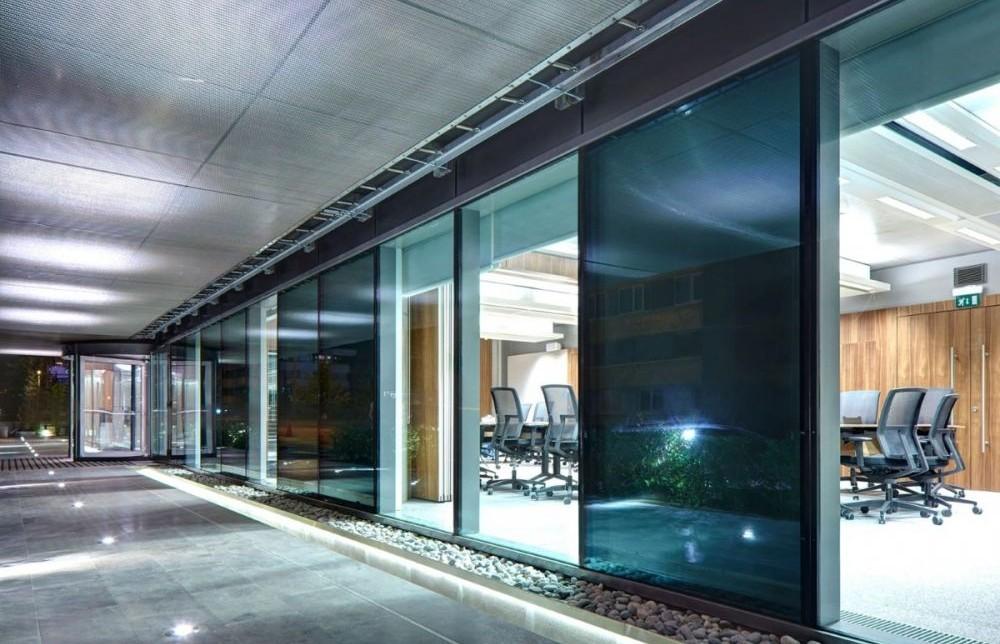 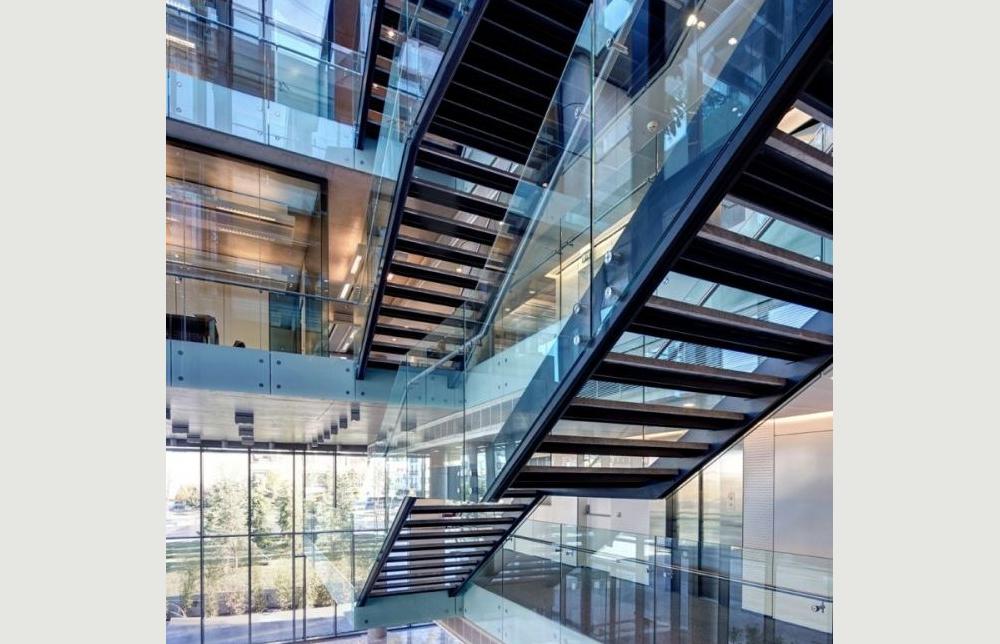 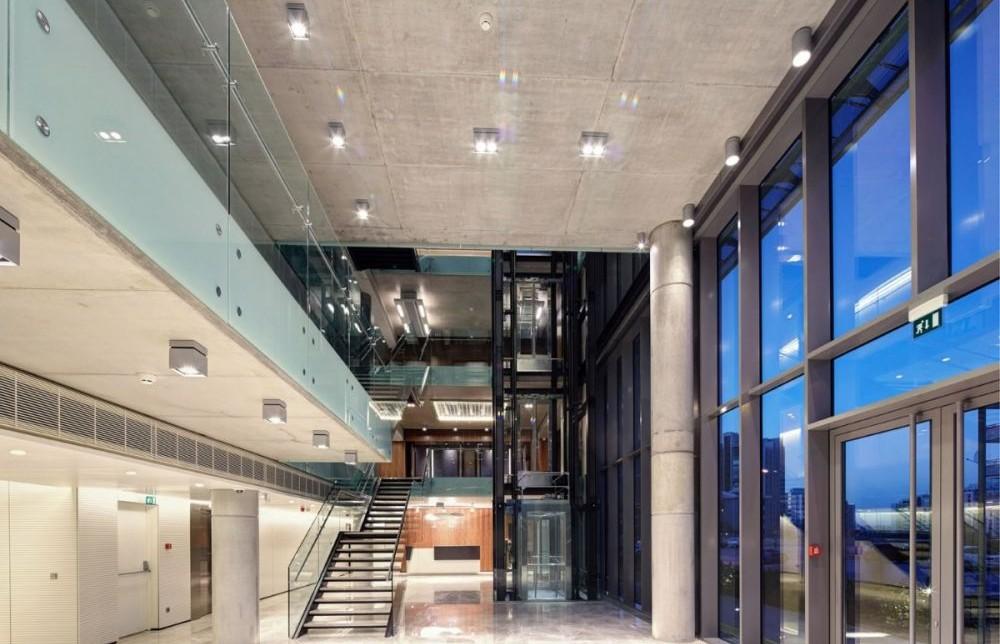 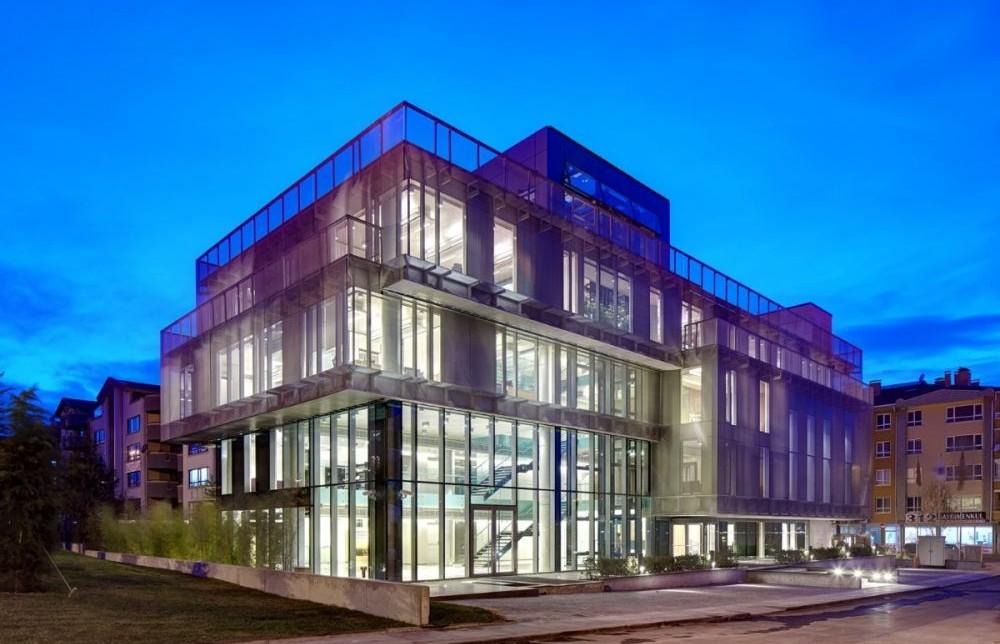 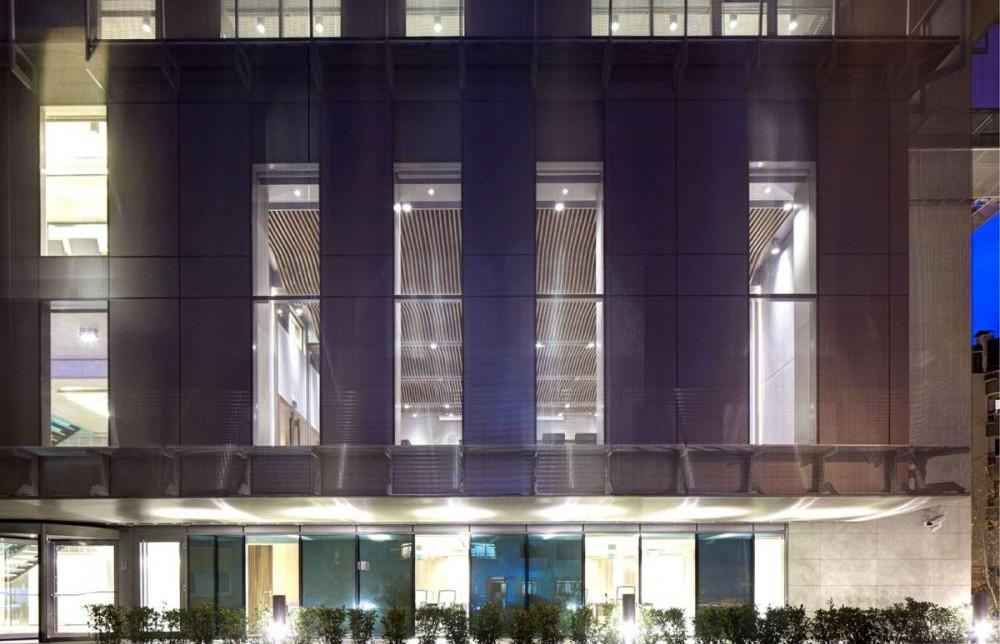 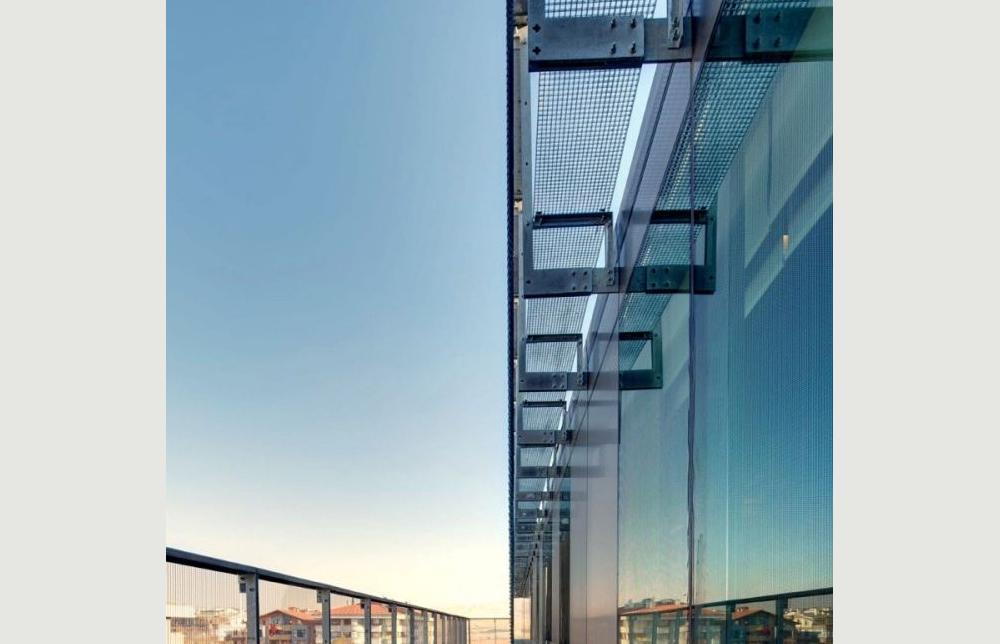 The project team set up for the limited design competition was from the onset a multidisciplinary group, both international and local which included Atelier Ten from London as environmental engineers. The completed building is already regarded as a showcase of leading edge environmental design, which has raised the bar for designers and clients alike as it questions of how high performance buildings should be designed, detailed and executed in a country which puts very little emphasis on detail. The brief is typical of an HQ office building, which houses an association of main contractors, who represent the crème de la crème of the construction industry in Turkey. These same companies institute 33 of the largest main contractors of Turkey, which is placed 2nd only after China in the world in terms of capacity. USA holds the third position. The building there fore is designed as a showcase of Turkish Contracting capabilities and is held as an example of what the industry is about. The functions include, apart from offices for administration and guidance, a series of public elements such as a conference hall, and exhibition areas as well as a resource library for visitors to the TCA. The building articulates itself to reveal these functions, and is designed to reflect this as transparently as possible to the outside world. As you move up the building from ground up the increasing degrees of privacy required in the programme positions these elements in a natural hierarchy, placing at the top the most private lounge, and at the bottom the most public exhibition and conference spaces. The atrium cutting through the mass reveals on the other hand all of these functions upon entry, while connecting the building at the street level to the public domain, rising to the top of the whole it also acts as a natural ventilation device for all of the open public spaces. TCA’s basic principle of institutional transparency both conceptually and structurally defines the design from the beginning. An underground cooling labyrinth system is employed to exploit the diurnal temperature range of the local climate of Ankara, which in summer indicates a difference of 15-20 degrees between night and day. By using thermal mass this system optimises the building’s environmental performance to maintain occupant’s comfort in response to changing external temperatures while reducing energy demand. At night-time, the cooler air from outside is passed through the labyrinth passageways to achieve rapid cooling across the whole cell system. This effectively puts ‘coolth’ into storage for the following day as this naturally cooled air is distributed through pipes within the slab. In the winter-time, the heat from the soil is used to passively heat the daytime air. Galvanized steel pipes of 150mm diameter are laid within the mass of the concrete slabs to deliver air to chilled beams placed under exposed concrete ceilings. The structural mass of the building surfaces is there fore utilised to take advantage of their thermal-mass absorbing the “coolth” from these pipes as they circulate through to the chilled beams, which double up as light sources. The external skin is made of two layers; the first a classic frameless glass to glass or glass to metal facade panel system. The second is a layer of stainless steel mesh shading. The delicacy of this screen system allows occupants to remain in touch with outside views while giving a responsive density to the mesh varying according to solar orientation and therefore exposure to sunlight. During day-time the screen enables the functional masses to be articulated, while at night the internally lit building reveals the whole, becoming in an instant a kind of modern candle that glows gracefully at night. This transparency while inviting you in, allows one to retain a strong relationship with the outside world holding you within while reinforcing this relationship with the public domain. The LEED Platinum Certificate winner project is an integrated design effort, coordinated down to the last detail with experimentation and study based on design / development methods and encouraging the use of local resources and materials and thus contributes to one of Turkey’s strongest and most traditional industries.   Client: Turkish Contractors Association Headquarters (TMB) Architect: AVCIARCHITECTS Competition Project Design Team: Selçuk Avcı, Burak Ünder, Buşra Al, Markus Lehto Architectural Prectice Project Design Team: Selçuk Avcı, Burak Ünder, Tayfun Aksoy, Büşra Al, Begüm Tırpancı, Ufuk Berberoğlu, Cem Fırat Bayır, Berkin Lale, Berkan Çelik, Atılım Yılmaz Architectural Project Controller Team: Selçuk Avcı, Burak Ünder, Deniz Nar, Begüm Tırpancı, Buşra Al, Tuğba Öztürk, Hürsel Sarıdağ Project Management and Construction Controller : IMS Mühendislik Danışmanlık Sustainability Consaltant: Atelier Ten Interior Architect: AVCI ARCHITECTS Landscape Architect: Arzu Nuhoğlu Peyzaj Tasarım Contractor Company: Mesa Mesken Sanayii Static Project: Ural Mühendislik Mechanic Project: Okutan Mühendislik Electrical Project: Yurdakul Elektrik Revetement: İksa Mühendislik Infrastructure Project: Kadim Mühendislik Fire Protection Project: Karina Tasarım Acoustic Project: Mezzo Tasarım Leed Consultant: TURKECO İnşaat ve Enerji Ltd. Şti. Signage Design: Murat Dorkip Furniture: Nurus Construction Type: Concrete Location: Ankara Project Start Date: 2011 Construcation End Date: 2013 Land Area: 1295 sqm Construction Area: 7138 sqm Photographer: Yunus Özkazanç