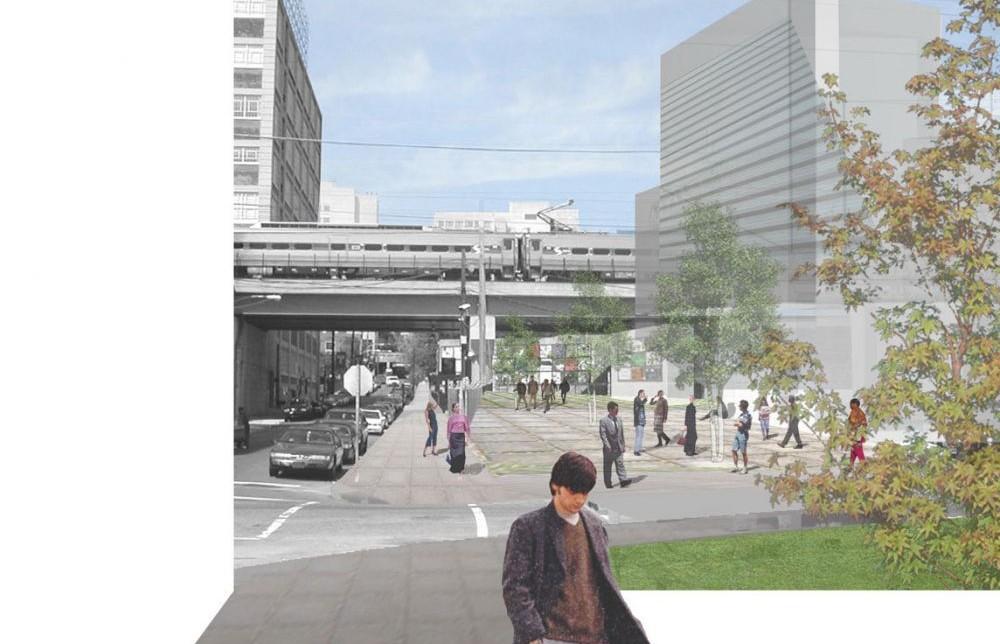 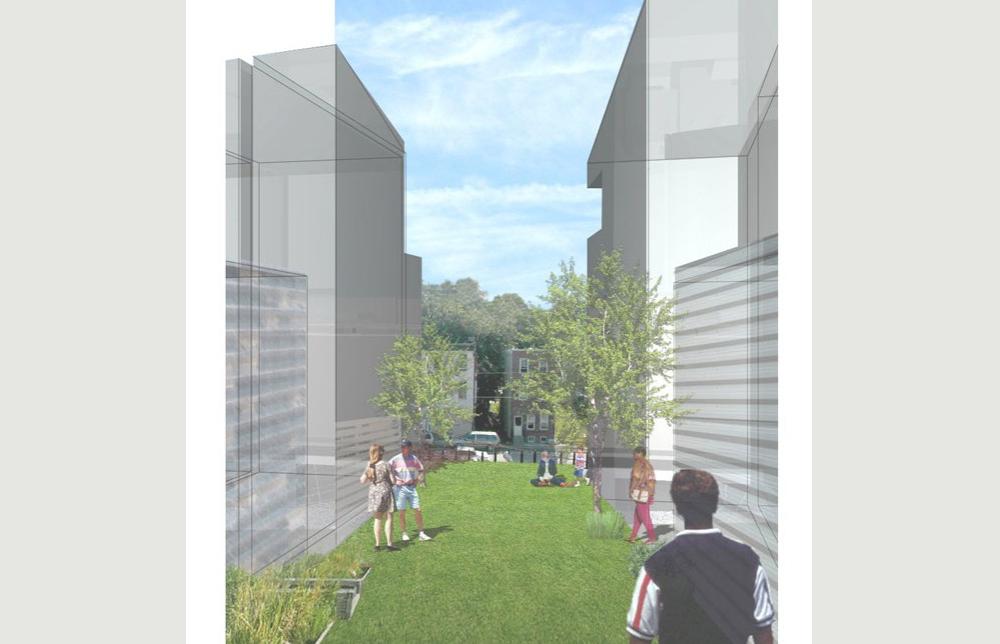 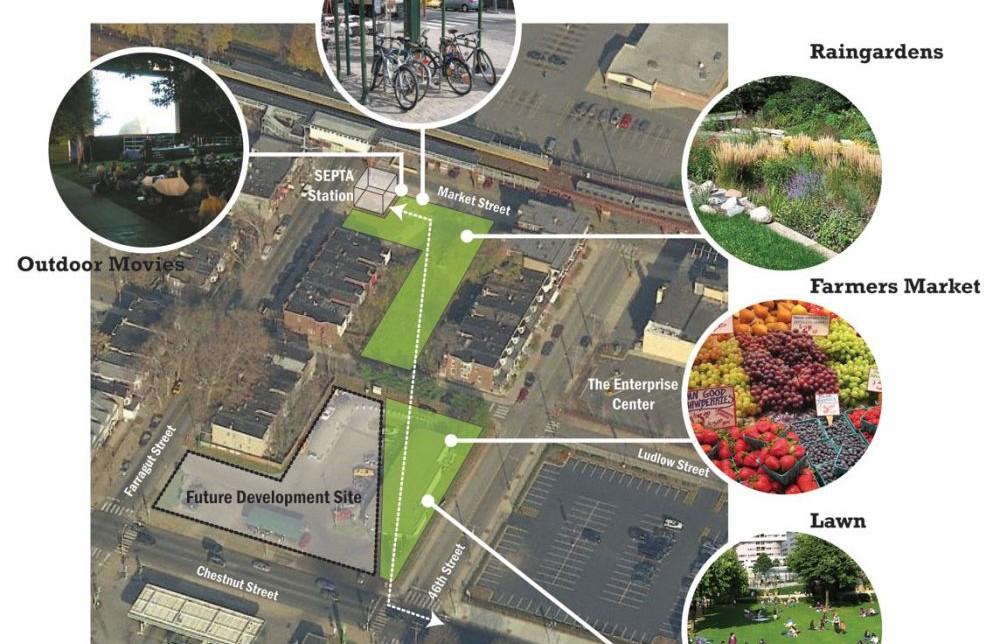 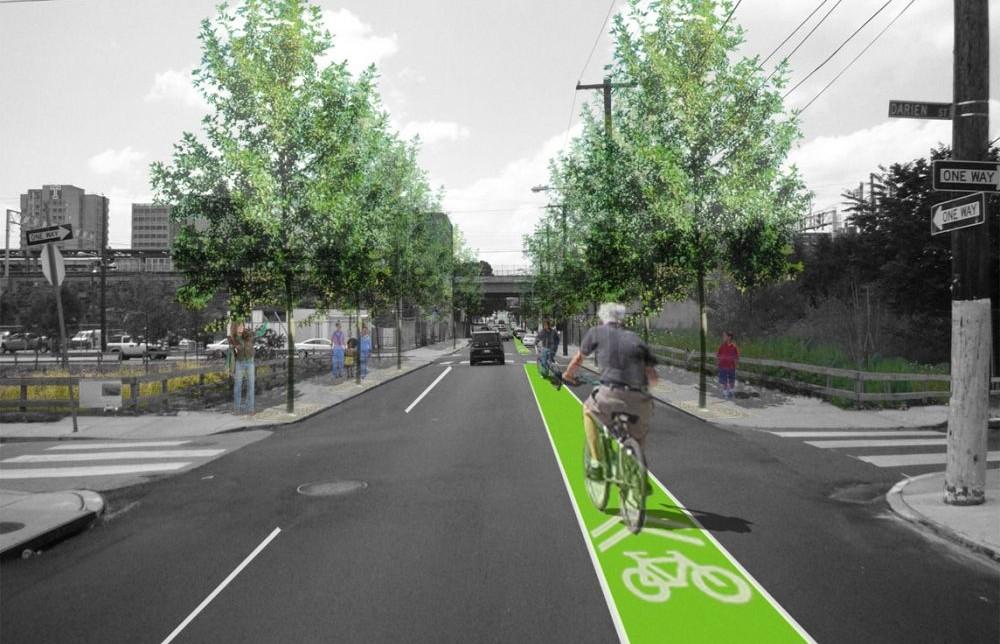 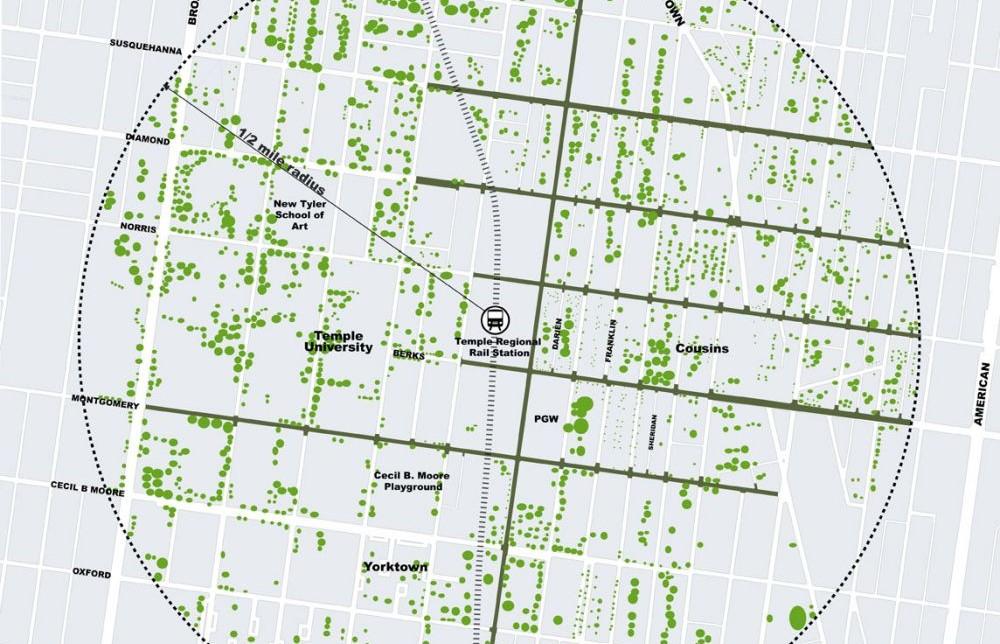 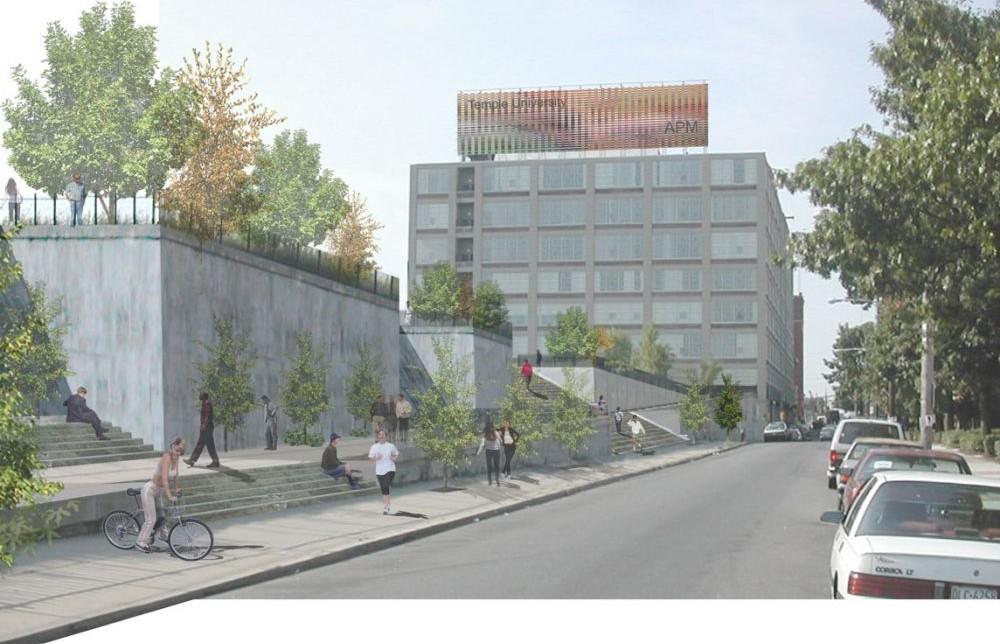 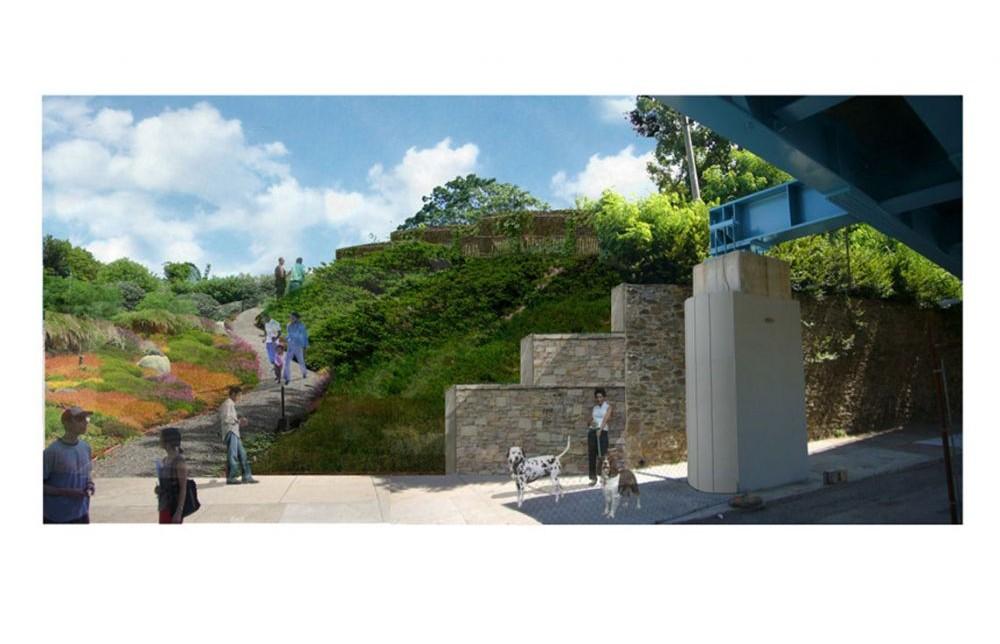 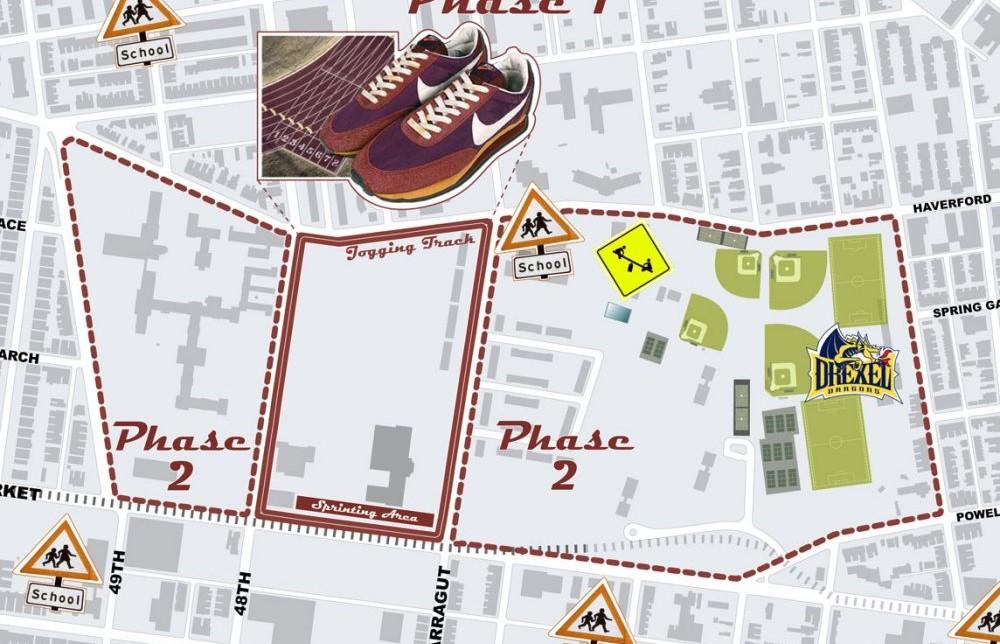 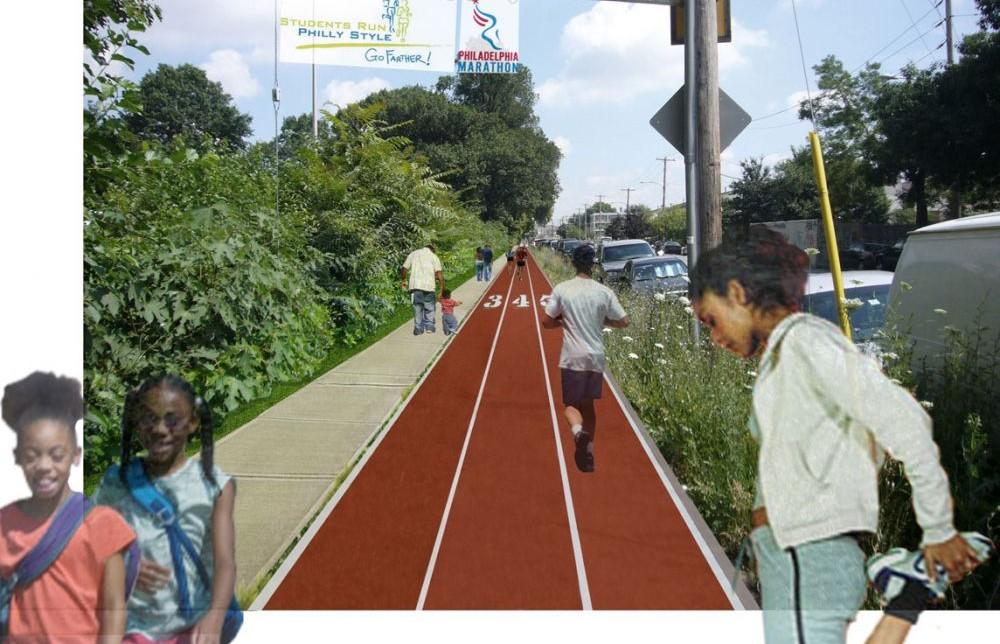 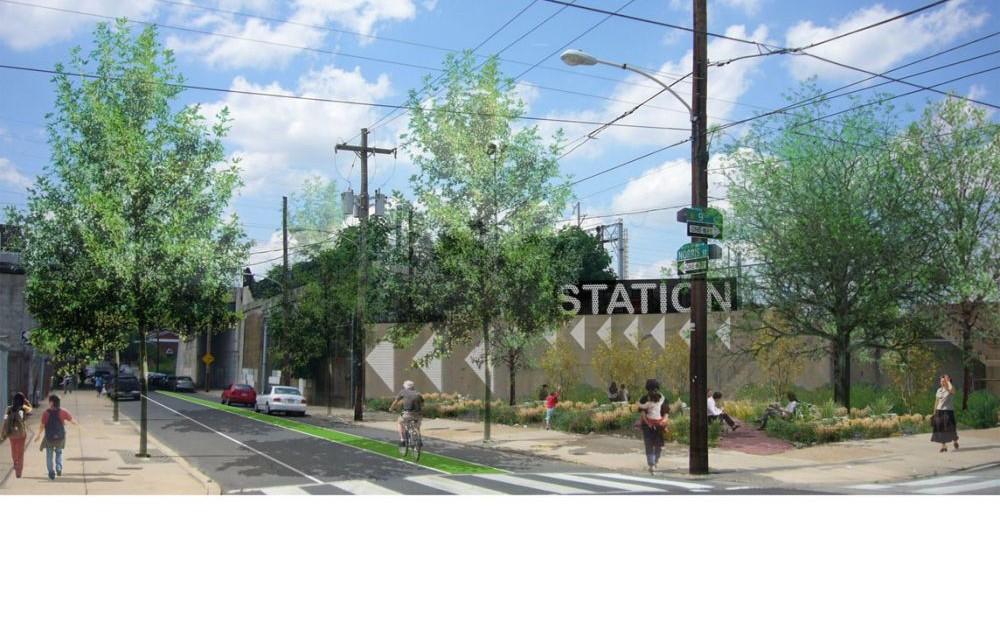 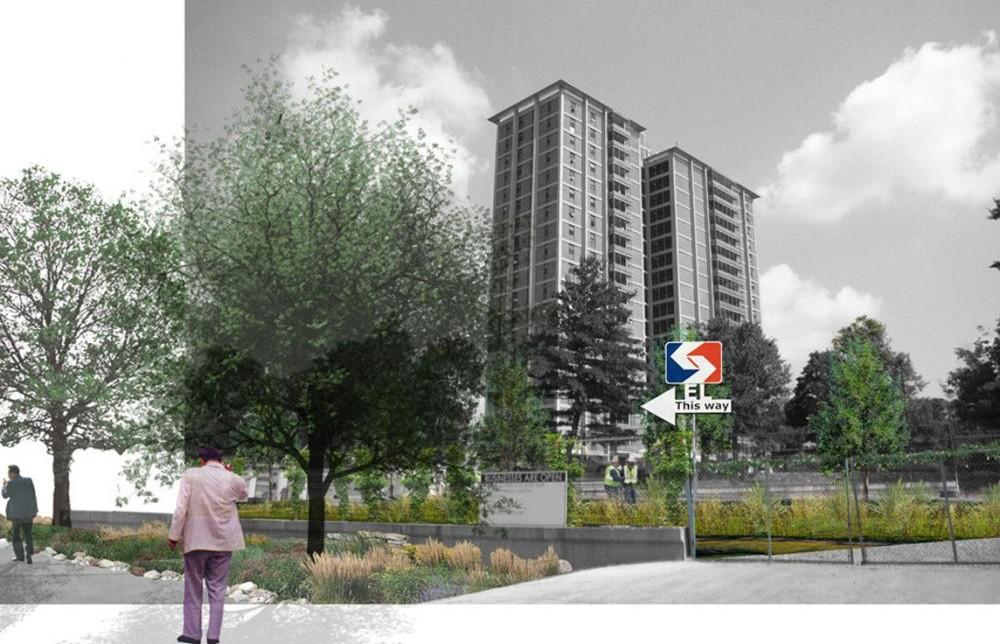 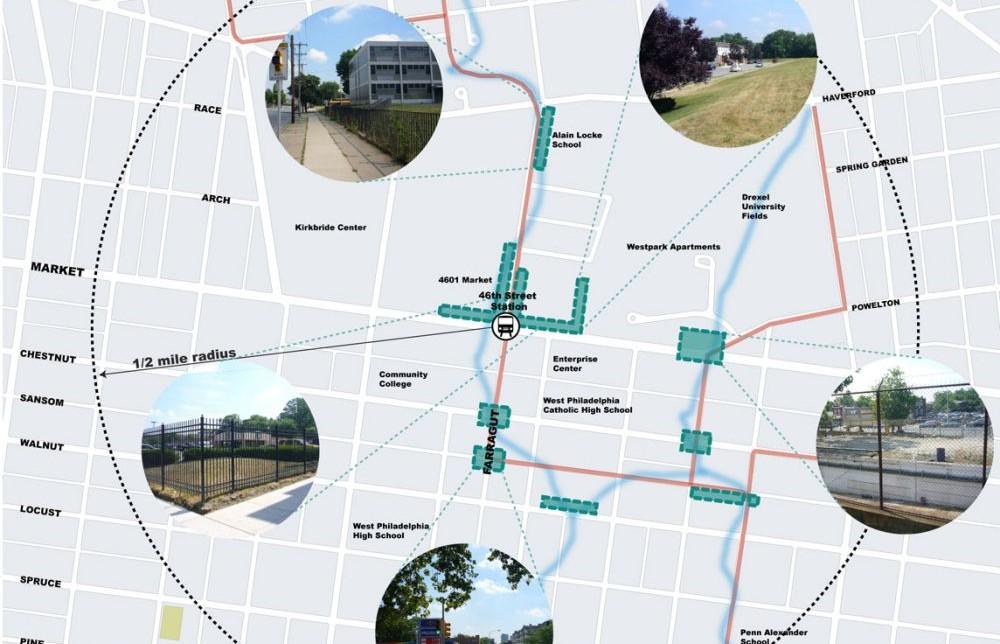 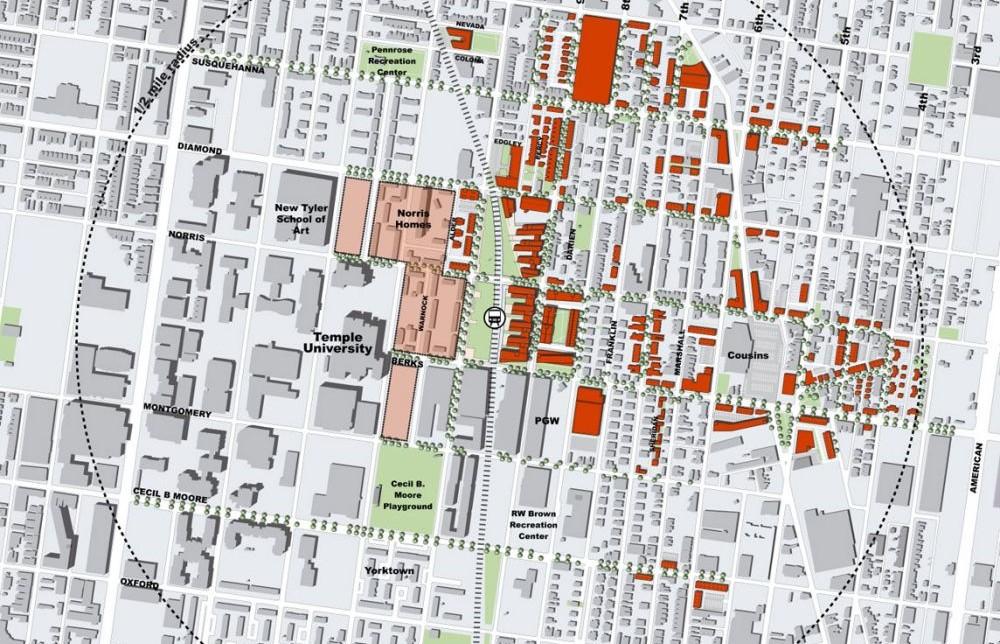 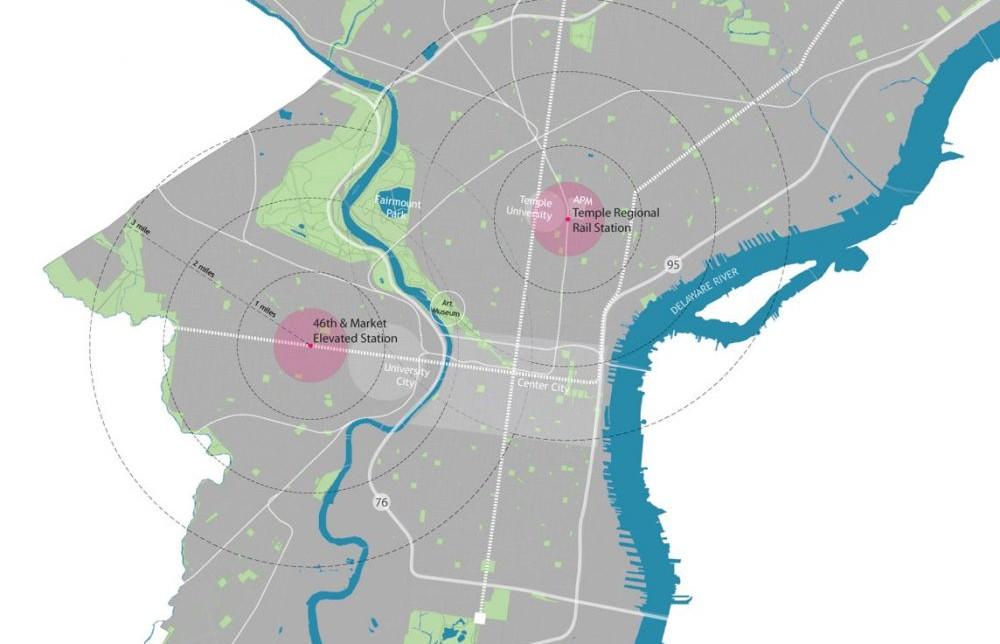 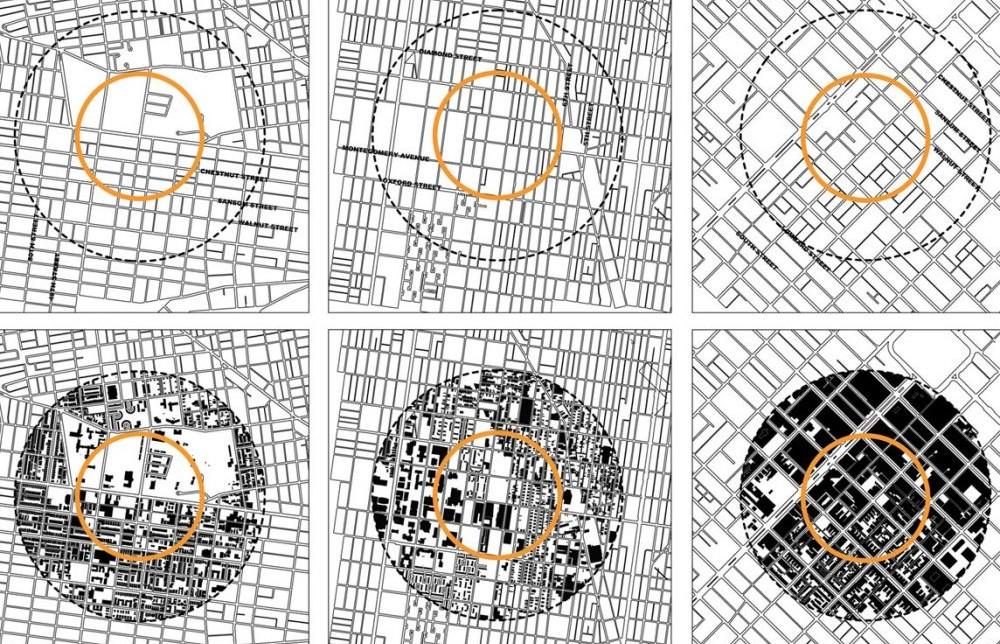 Since the expansion of the nations highway system, public transit has often been relegated to the margins of policy, funding and design. Transit Oriented Development TOD is a national movement focused on encouraging growth and development in a way that leverages the value of local transit. It builds on the fact that those living around transit stations are five times more likely to use transit. The many benefits, including fewer cars on the road, a greater use of transit, and an improved environment, are integral to the process of adapting cities to sustainable systems.

Despite an impressive level of transit service, Philadelphias real estate market has failed to capitalize upon the benefits of public transit infrastructure and proximity. Many stations are surrounded by vacancy, parking lots or former industrial uses which create physical discontinuities between the transit stop and the nearby neighborhood fabric. The TRID Master Plan reimagines the underutilized pockets of land as major opportunity sites for denser development with a high level of transit access.

The TRID Master Plan examined two existing transit stations that sit at the nexus between deteriorated, poverty-stricken communities and communities experiencing growth and investment. The plans objectives include:

Elevating the role of transportation in achieving Philadelphias sustainability goals;
Discouraging driving by promoting transit use and enhancing pedestrian and bicycle-oriented infrastructure
Re-purposing outdated infrastructure for new uses;
Creating new and enhanced connections between the stations and local destinations;
Developing a phased approach to physically rebuilding the fabric around each station, incorporating higher densities and new park space.

The planning process was designed to develop a collective vision for the future of both station areasa vision grounded in the intimate knowledge of place shared by those who contribute to its public realm. The research strategy struck a careful balance between quantitative and qualitative, with an emphasis on primary data sources so as to accurately read the pulse of each community, its personality and flow. The team developed a comprehensive GIS database for a 1/2-mile area around each station including demographic indicators and assessed values to determine the potential economic impact of local investment. This database was expanded by analyzing information collected through direct observation including a property and business survey, tree survey, a detailed inventory of sidewalk conditions, car counts, and traffic and pedestrian movement pattern analyses.

In each neighborhood, the fabric around the station has deteriorated to such a degree that the public perception of each place plays a significant role in limiting the marketability and potential of transit oriented development nearby. Given this context, a design approach requires a reassertion of the stations central role in each community and its potential to contribute to the public realm rather than impose upon it. Proposed open spaces, enhanced street design and new programming are the essential elements in fostering an incremental retrofit that builds on the unique characteristics of the place. That retrofit seeks to establish a new interface between the station and the context, providing a conduit and focus for community greening initiatives, and, ultimately, leveraging private investment in transit-oriented development. Primary plan elements include:

1. Managing stormwater runoffAt 46th Street, the design drew inspiration from the areas historic water flows. Overlaying a map of the former Mill Creek onto a map of current sewer lines revealed a number of locations where these two systems overlap. Small rain gardens were designed to mark these moments and create new passive open spaces within the community. Former “slack” space adjacent to the Temple Station was similarly reused to capture rainwater discharge that emanates from nearby parking lots.
2. Integrating recreation spaceThe “superblock” north of the 46th Street Station deprives the area of any real connection with the community. The plan proposes a new running track around the block, transforming unused and overgrown space next to the sidewalk into an active recreation amenity. The 1-mile loop will serve two local schools, a recreation center and provide a home for an anti-obesity programStudents Run Philly Stylewhich trains youth from low-income families for marathons.
3. Reimagining infrastructural elementsAdjacent to the Temple Station, the vacant and elevated rail viaduct was redesigned to accommodate a tree nursery that will serve as a productive landscape resource for future greening improvements in the community. A run-down concrete stairwell provides the only means of access to 46th Street Station for a neighboring low-income population. The plan proposes removing this stairwell and reimagines a stronger, safer and more attractive connection.
4. Enhancing connector streetsNew tree planting will fill the voids along the barren blocks leading to the Temple Station. Striping brightly colored bicycle lanes to physically mark the passage to the station reinforces this intervention.
5. Creating civic space at the doorstep of each stationAn extension of the plaza under the Temple Station is proposed to accommodate new bicycle parking and a small caf. At the 46th Street Station, a small linear park is proposed to establish a diagonal connection to an adjacent major street while providing enhanced views and more direct pathways.

The passage of the Transit Revitalization Investment District TRID Act in 2004 by the Commonwealth of Pennsylvania enables cities to “capture the value” of increased tax revenues generated by the increase in private land values resulting from new public investments around each station. Unlike many planning exercises that provide recommendations without offering new financing strategies, the TRID planning study examined the potential financial impact and opportunity of capturing tax revenue generated by incremental new development as identified in the planning process.

Completed in summer 2008, many of the TRID Master Plans recommendations have already had a significant impact, thanks in part to an inclusive planning process which brought the City, SEPTA and neighborhood groups to the table to collectively craft the recommendations. Significant implementation activities include the recent award of a 1,000,000 Home Depot Foundation grant for community greening at the Temple Station; the award of 2,400,000 State of Pennsylvania grant to improve sidewalk and bicycle infrastructure; the introduction to City Council of a new zoning overlay district that will remove one of the barriers to developing around the stations; the recent agreement to redevelop a parking lot next to the Temple Station for new retail, student housing and open space; the agreement by SEPTA to reuse the vacant rail viaduct for a tree nursery, and the formation of an “implementation committee” comprised of community organizations, LISC, City Council representatives, Temple University, private developers, the Philadelphia Green Program, SEPTA and city agencies that meet monthly to coordinate and move planned improvements forward.