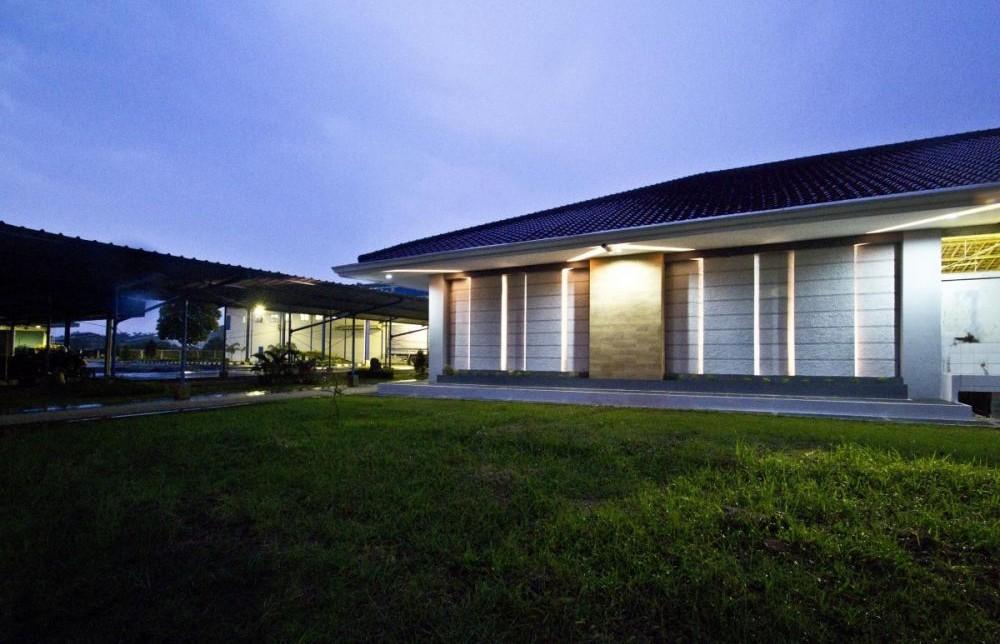 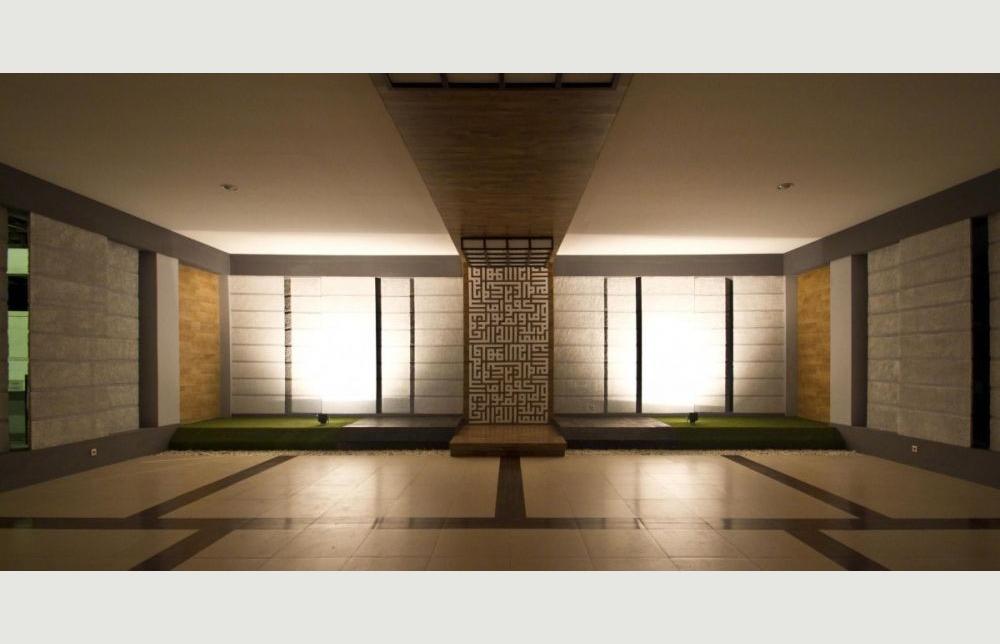 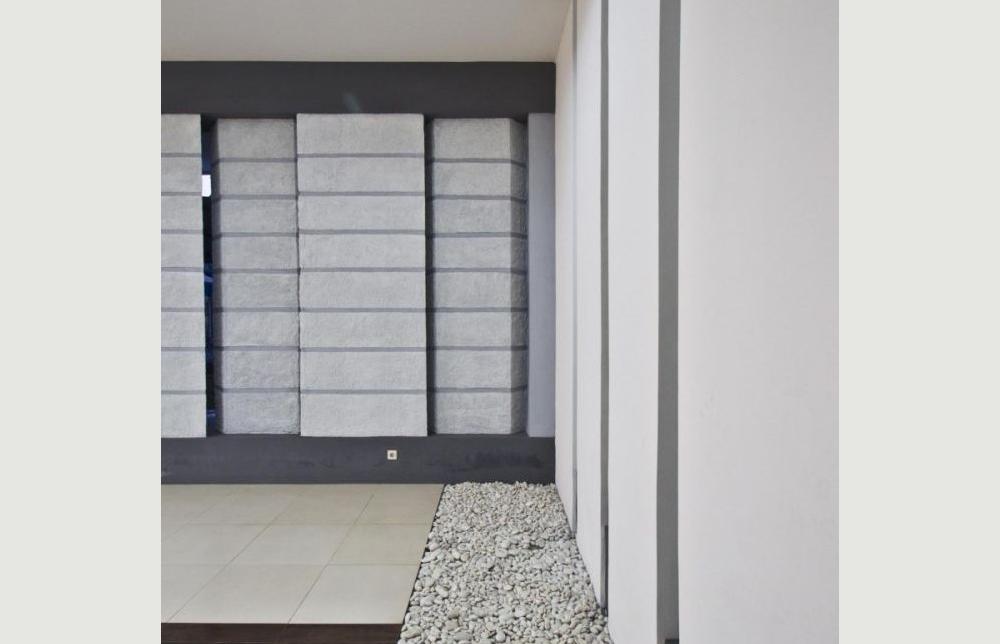 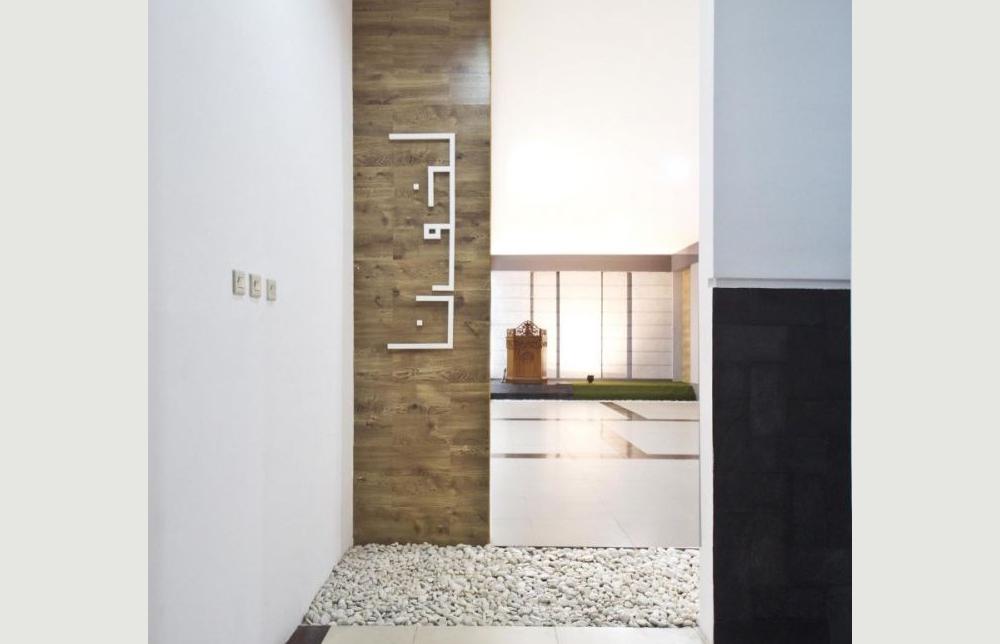 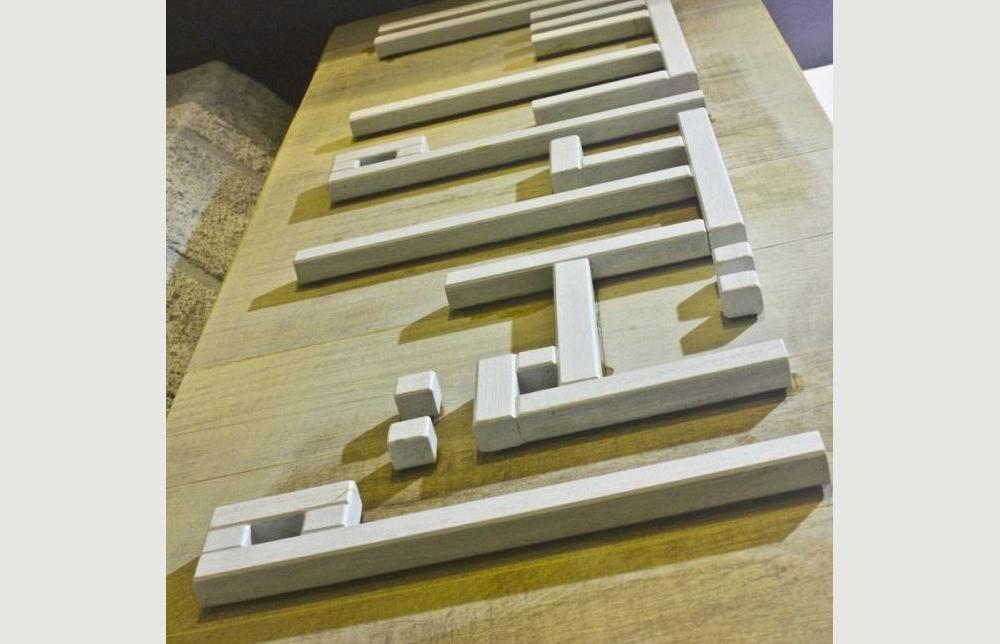 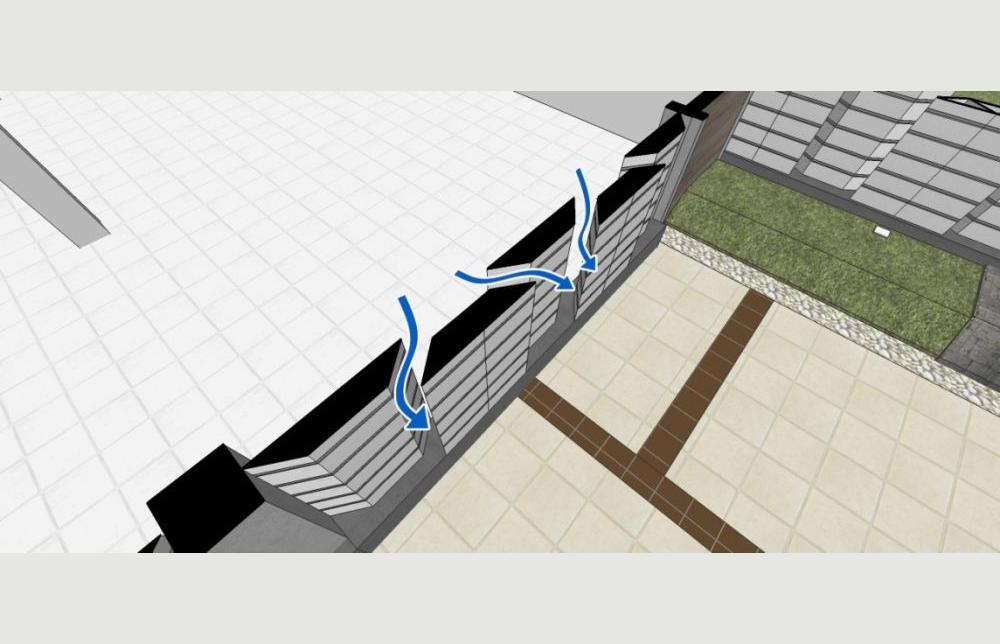 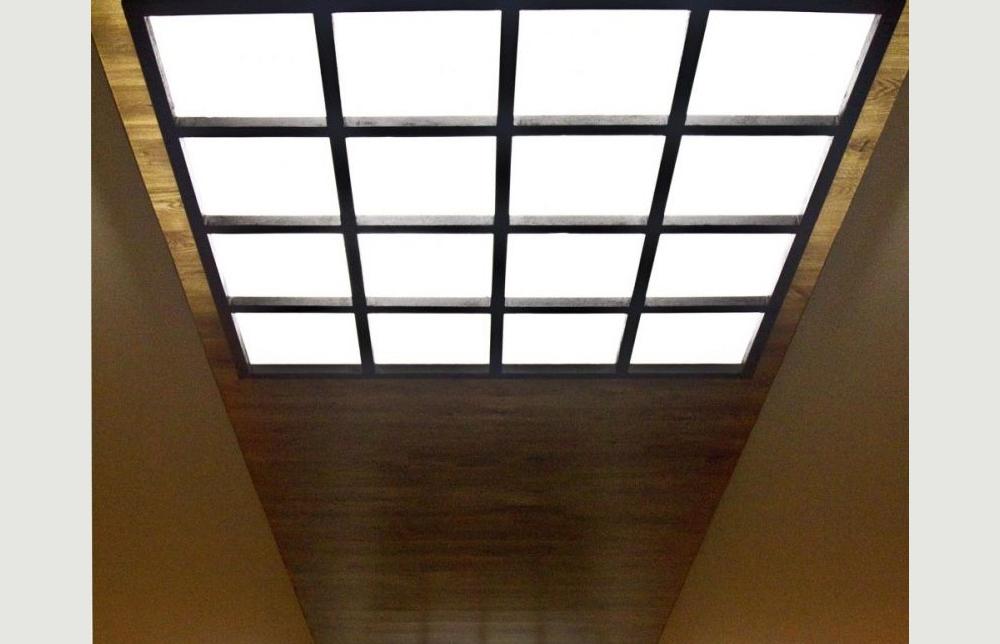 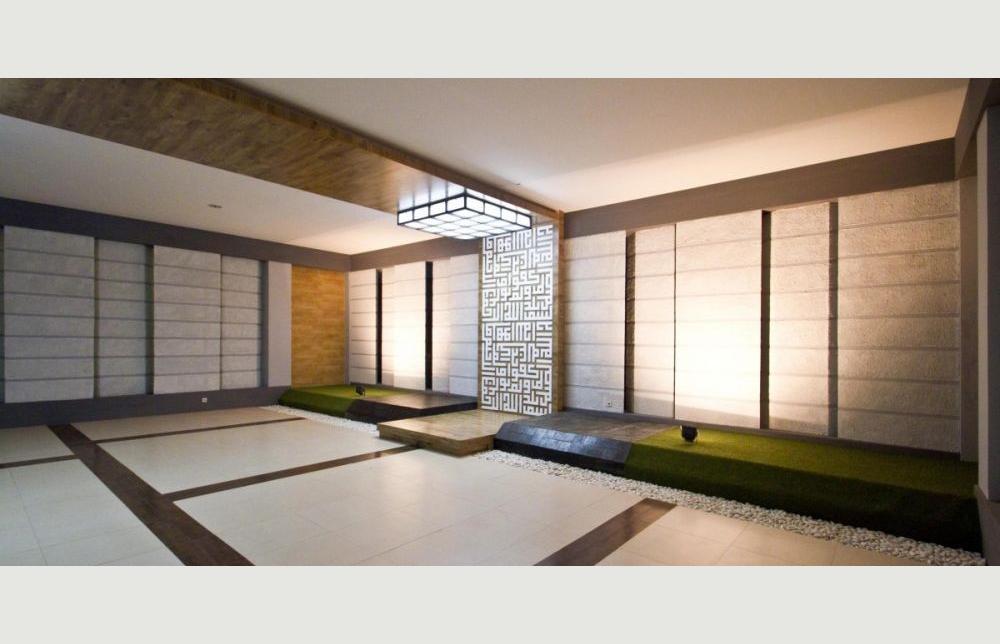 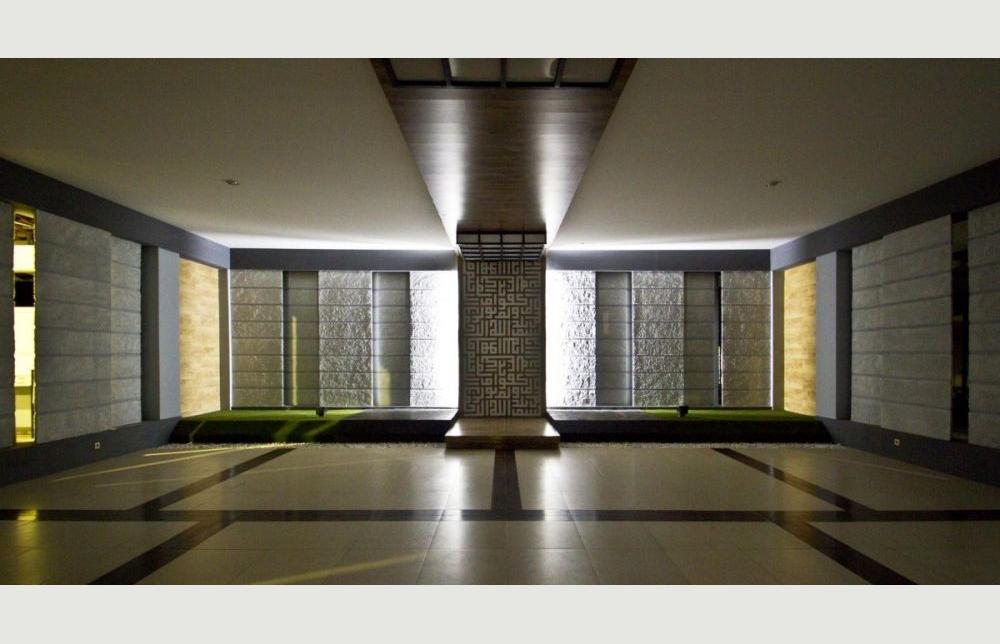 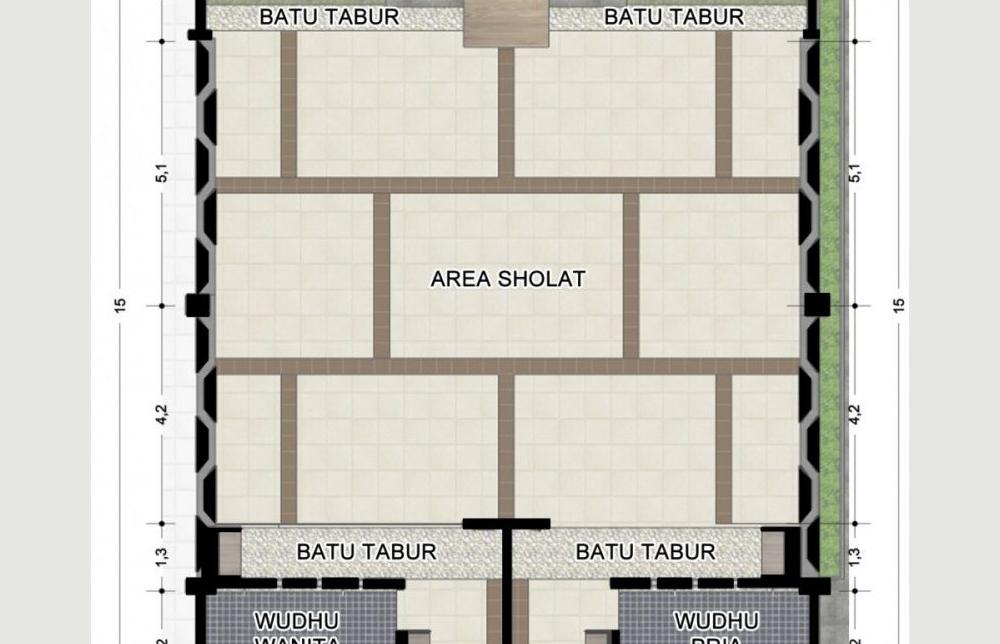 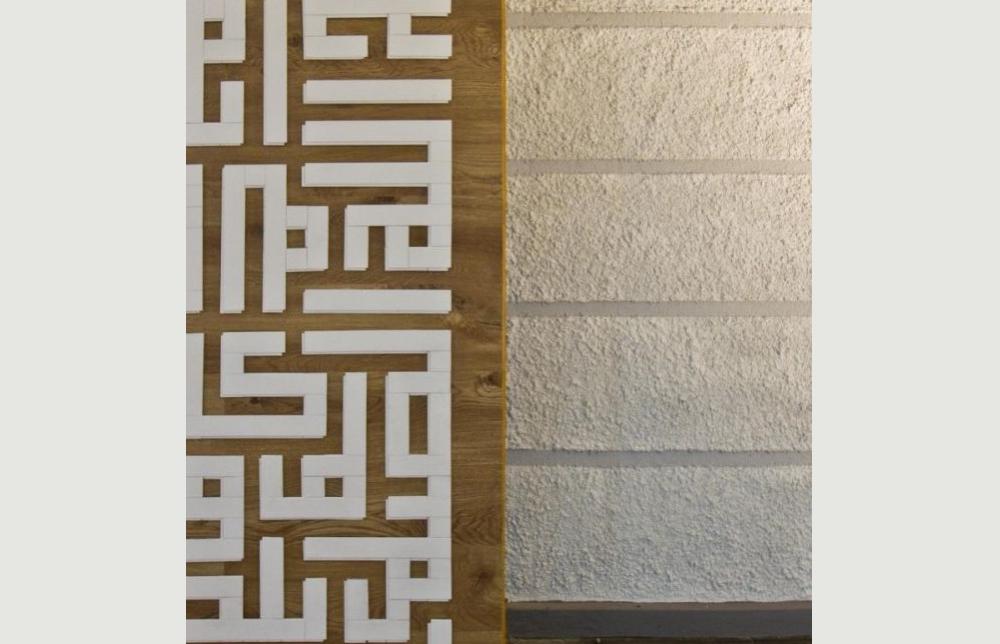 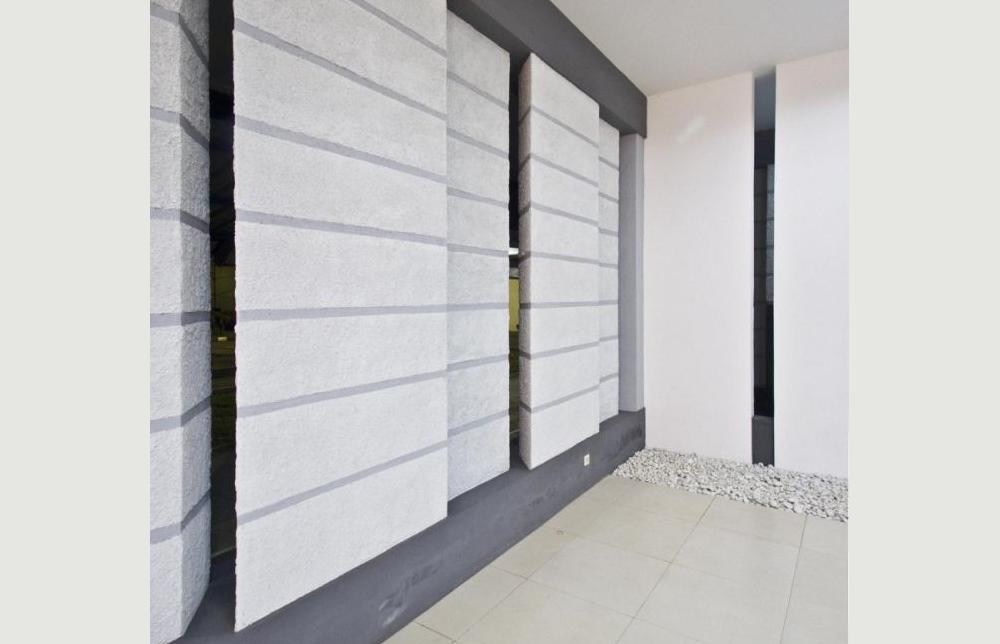 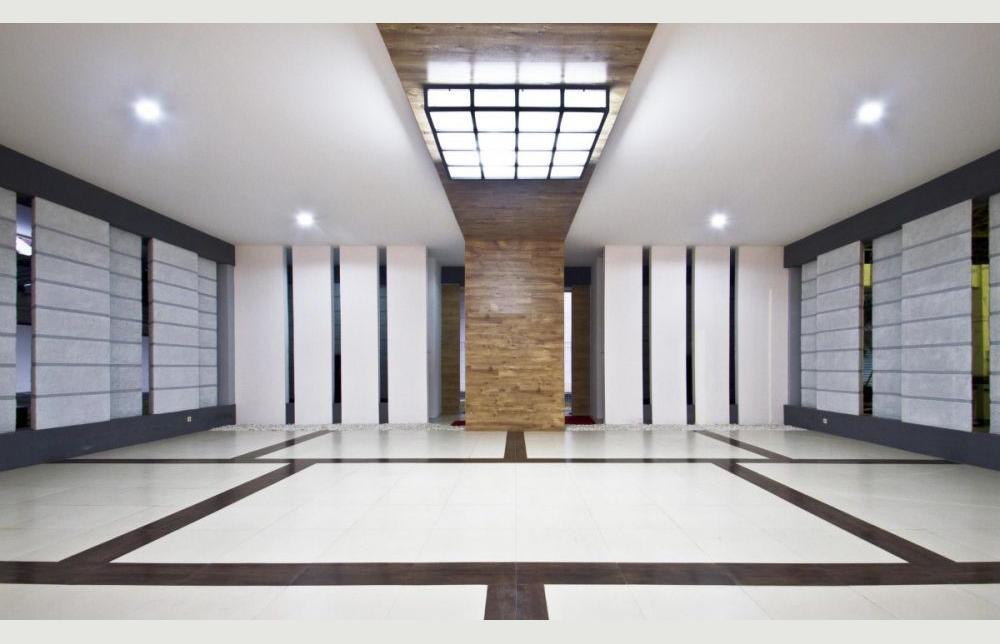 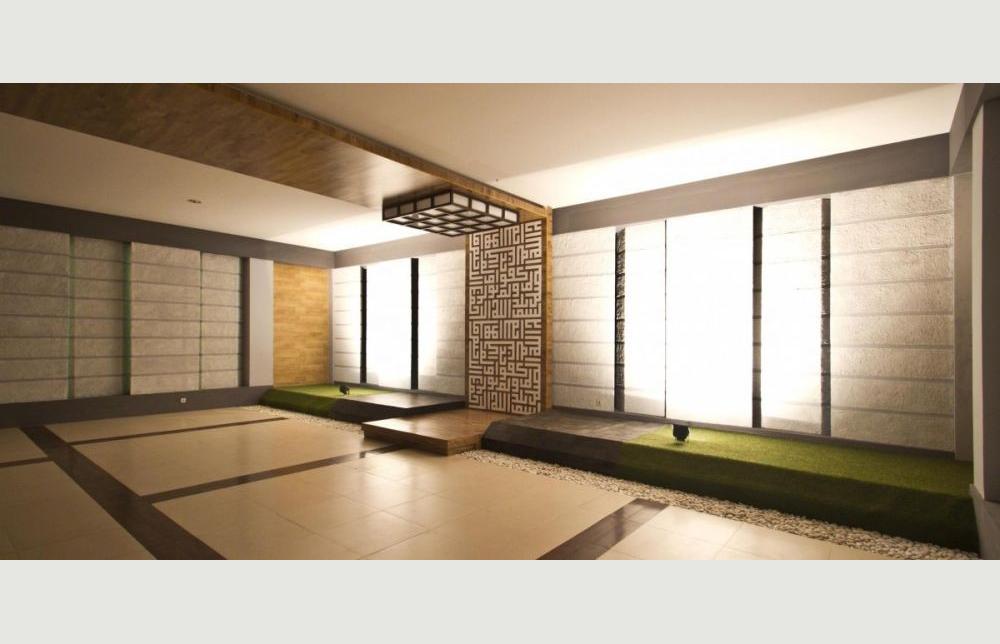 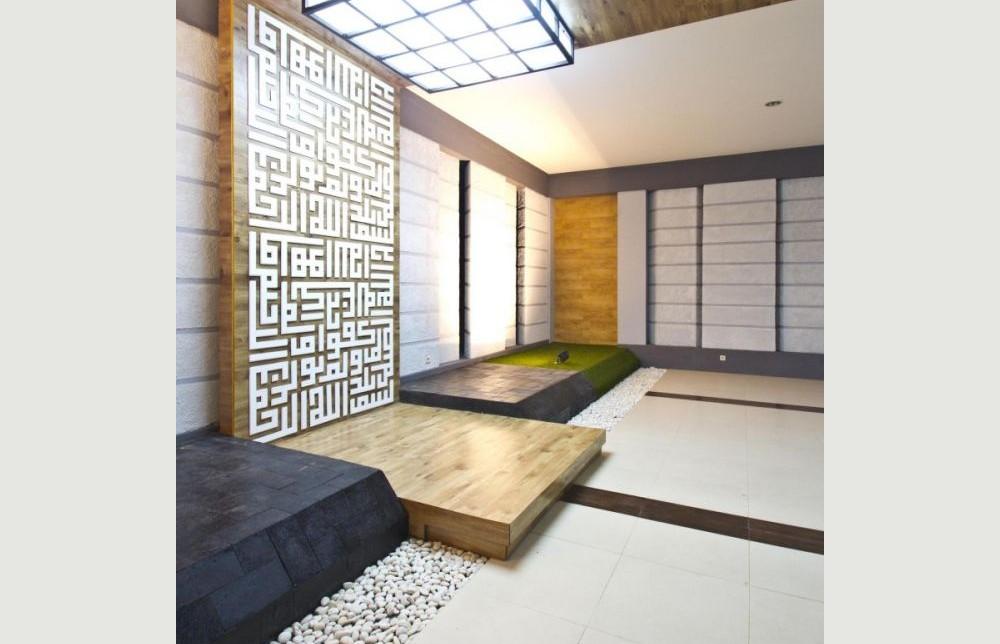 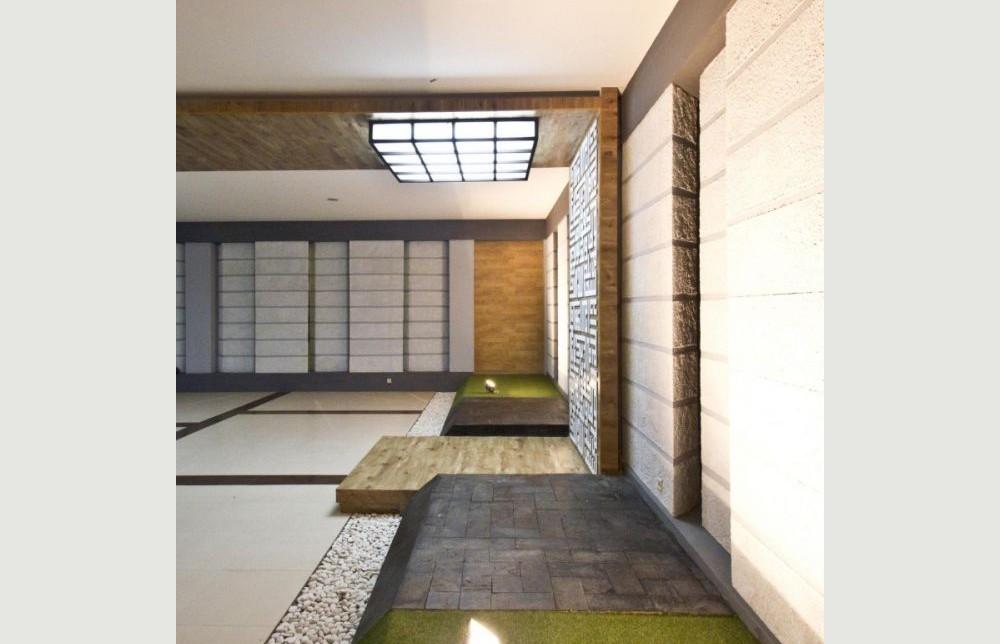 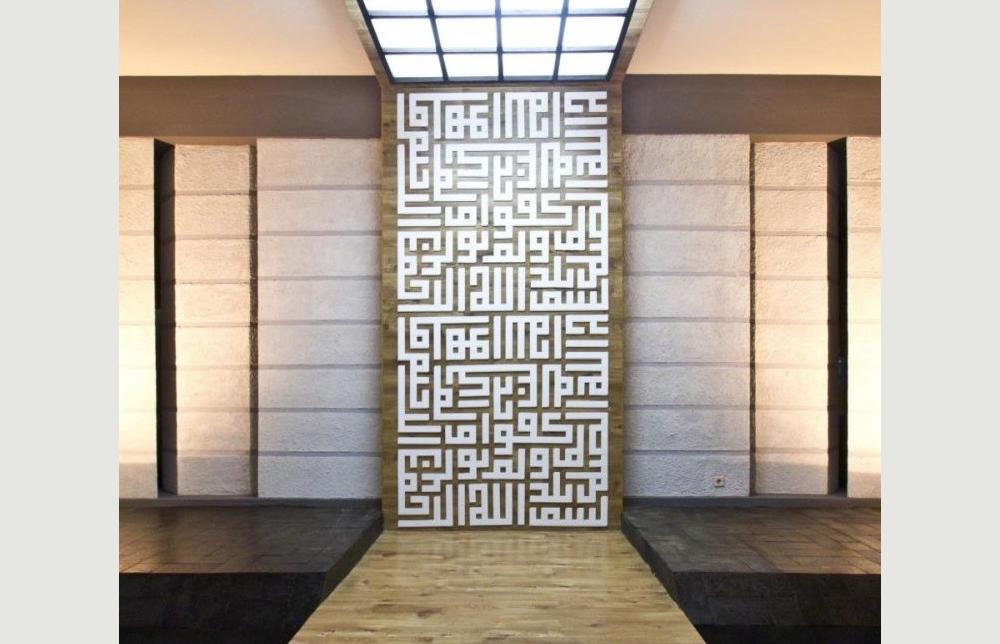 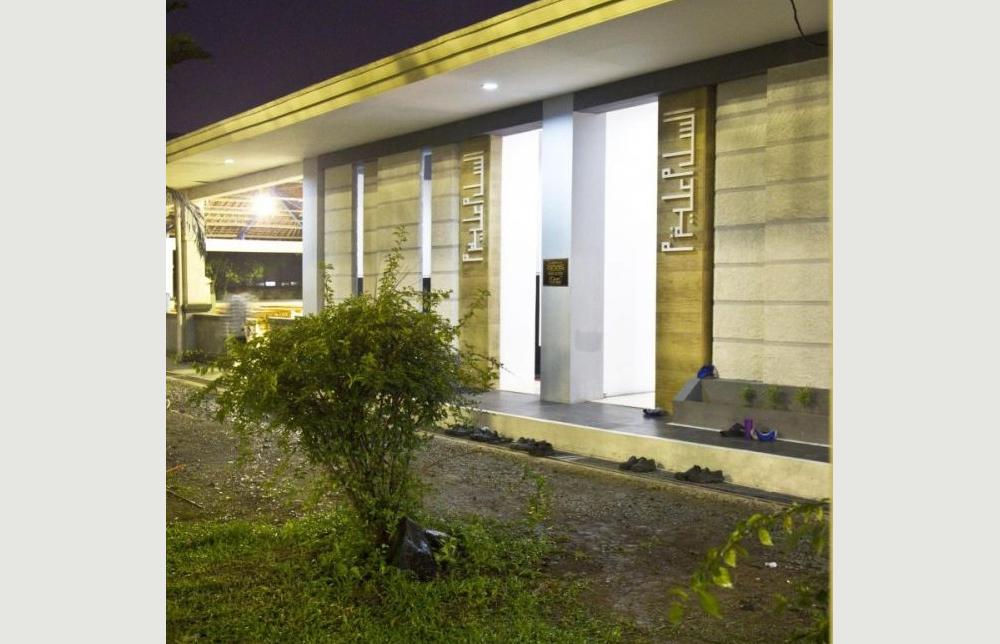 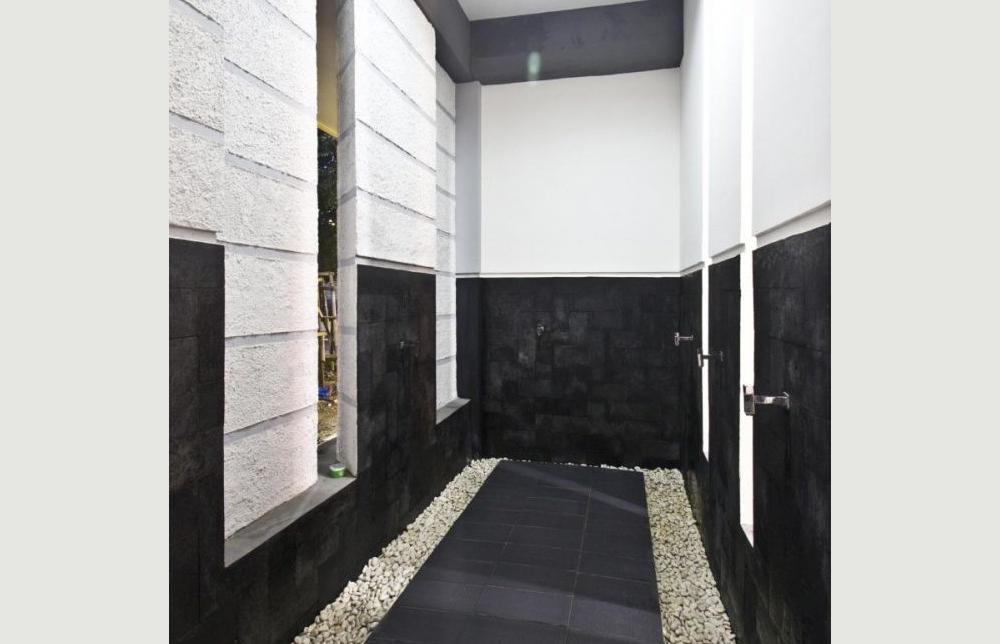 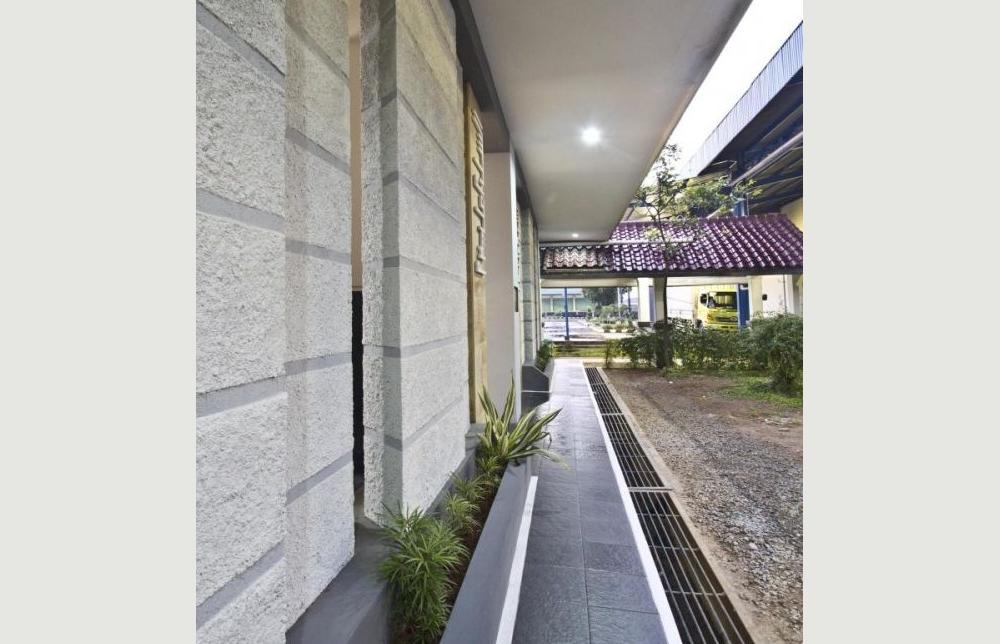 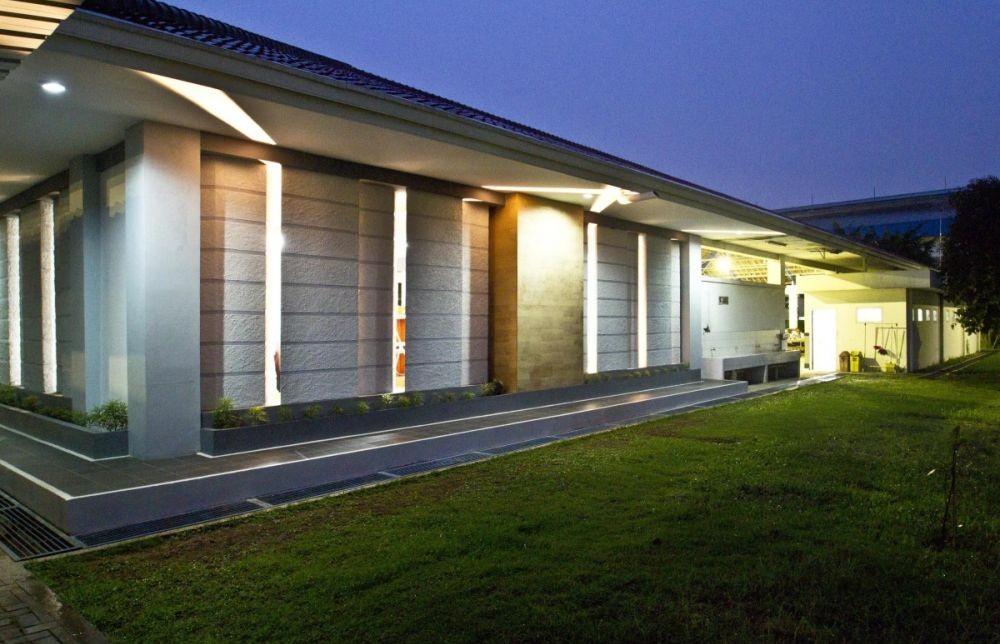 The owner of PT. TRAD Indonesia wanted to remodel a mosque that is daily used by the employees. Because the owner of the company is a Japanese, the architect tried to combine the style of Japanese architecture and contemporary architecture. From the floor, ceiling, lamp details, to decoration, the architect applied a lot of Japanese element. The mosque’s floor is using the pattern and color of Tatami, by applying beige and brown granite tile. Two light boxes in front of the praying area as a specific direction for Qiblah are also using Japanese style with simple form and brown-beige color. At this time, green architecture rules must be applied in buildings by a criss-cross of trapezoid shaped wall is built around the building to maximize the wind that enters the mosque but still protect the building’s religious privacy. The Islamic calligraphy is used as the decoration to strengthen the philosophical element of Islam but in a modern form. for example at the entrance is “Assalamualaikum” which in Islam is used for greetings. In the hallway between men and women there are “Ikhwan” that means man, and “Akhwat” that means woman. And Surah Al-Ikhlas is placed in the mihrab itself.