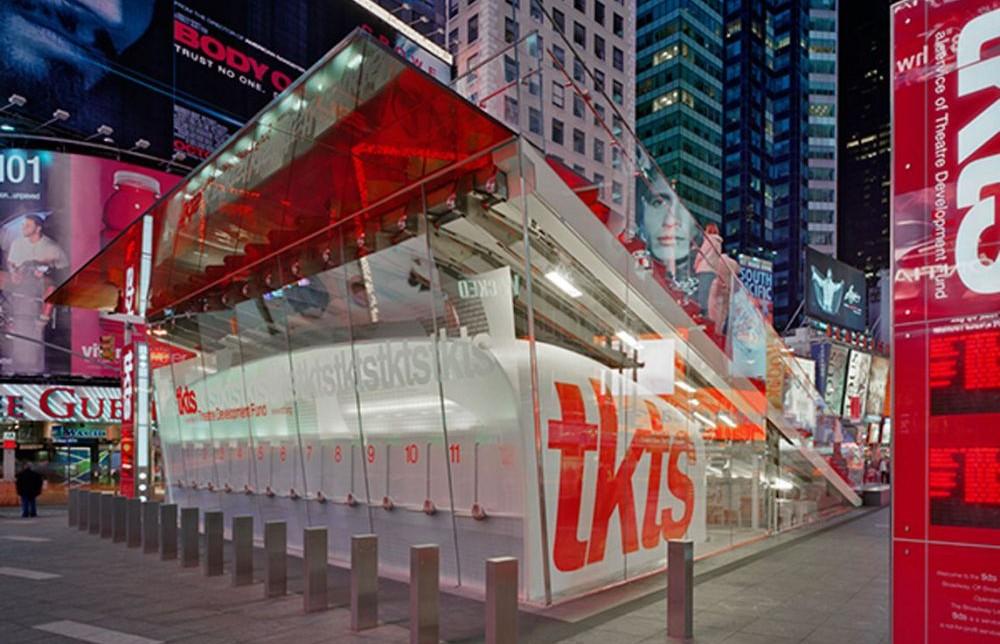 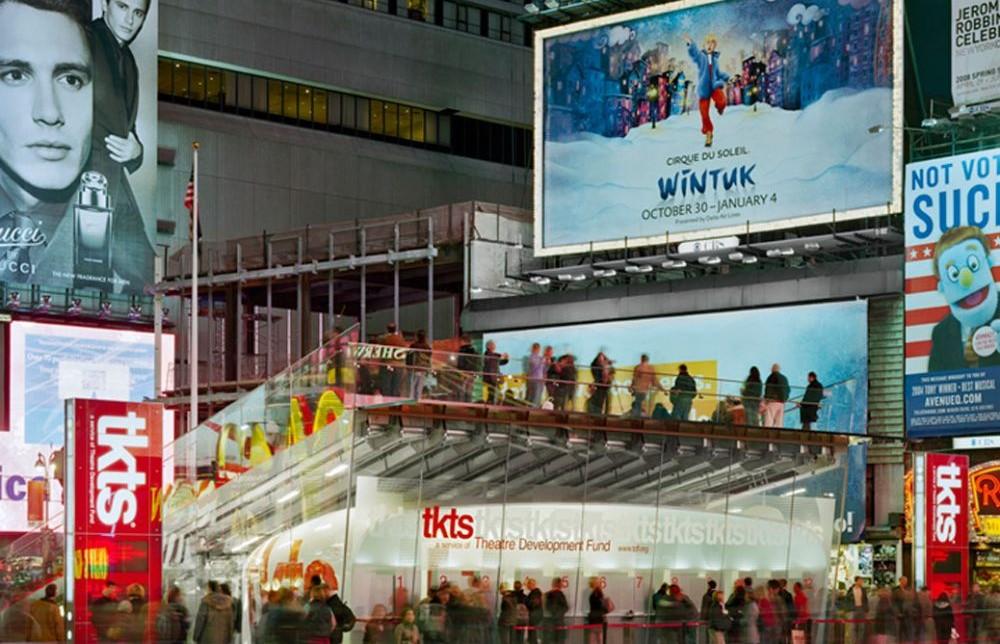 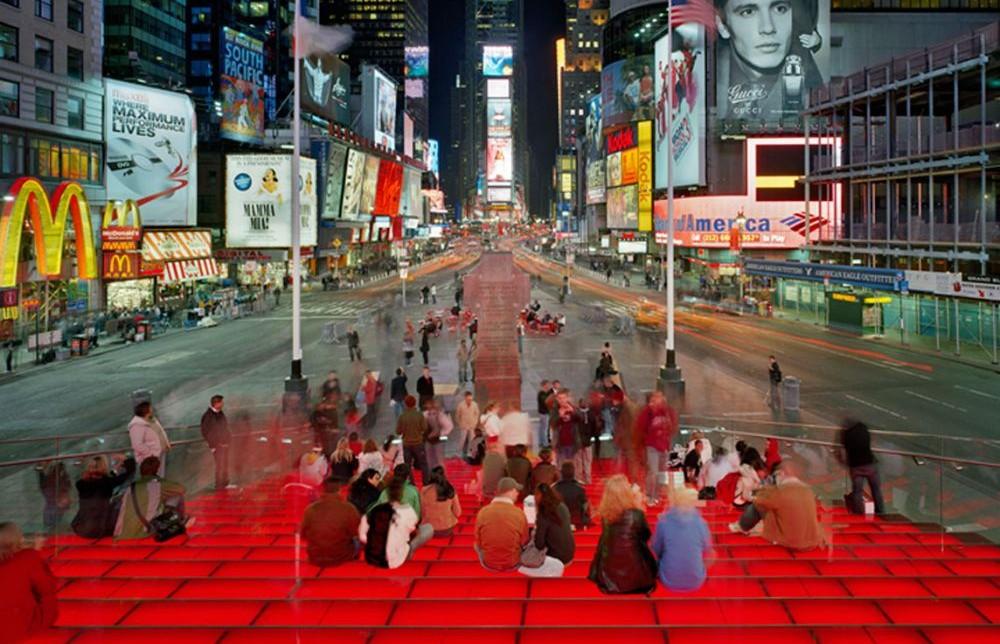 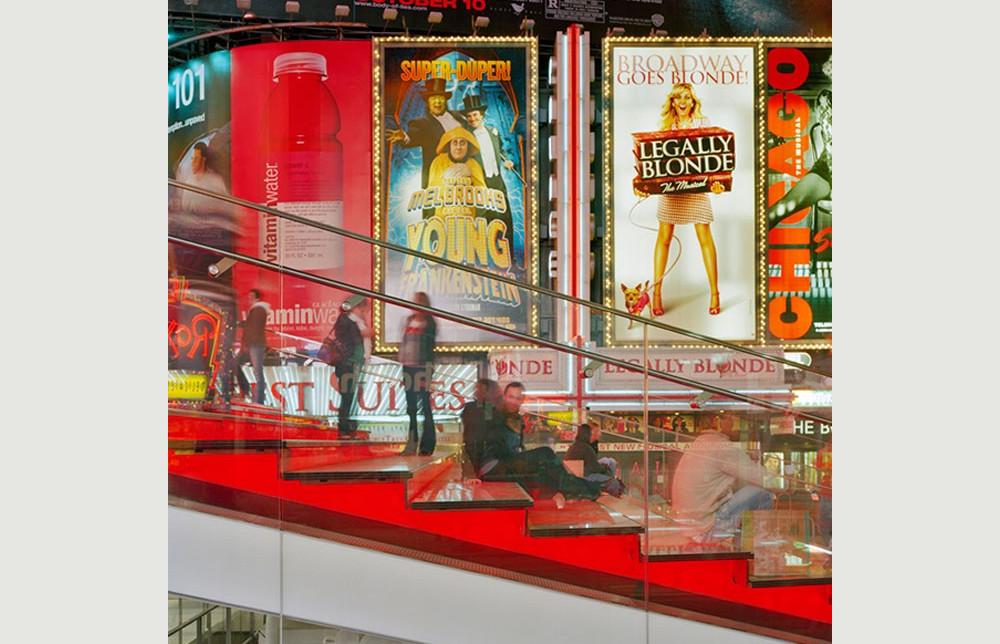 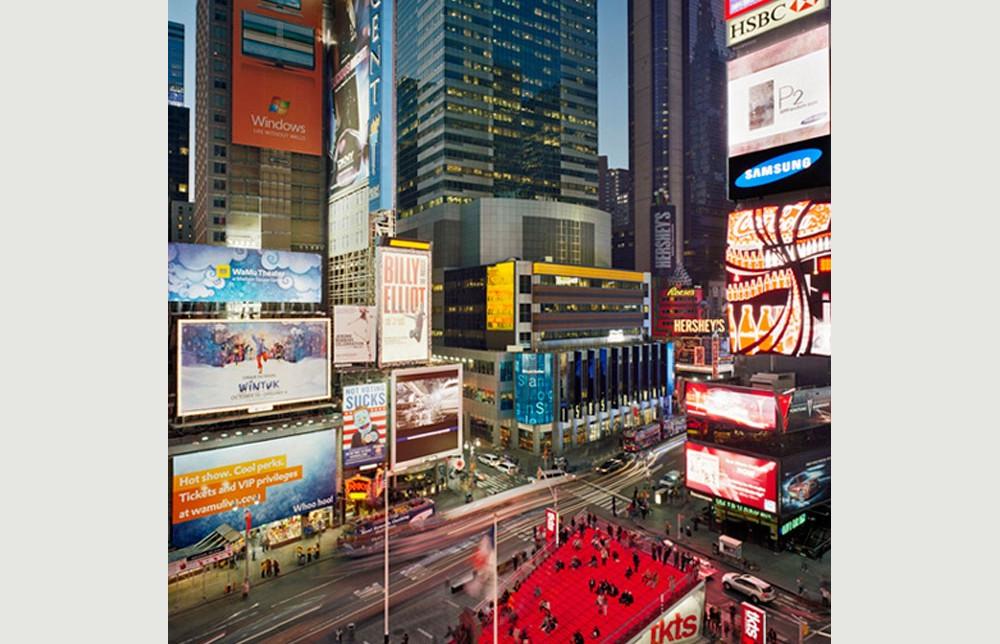 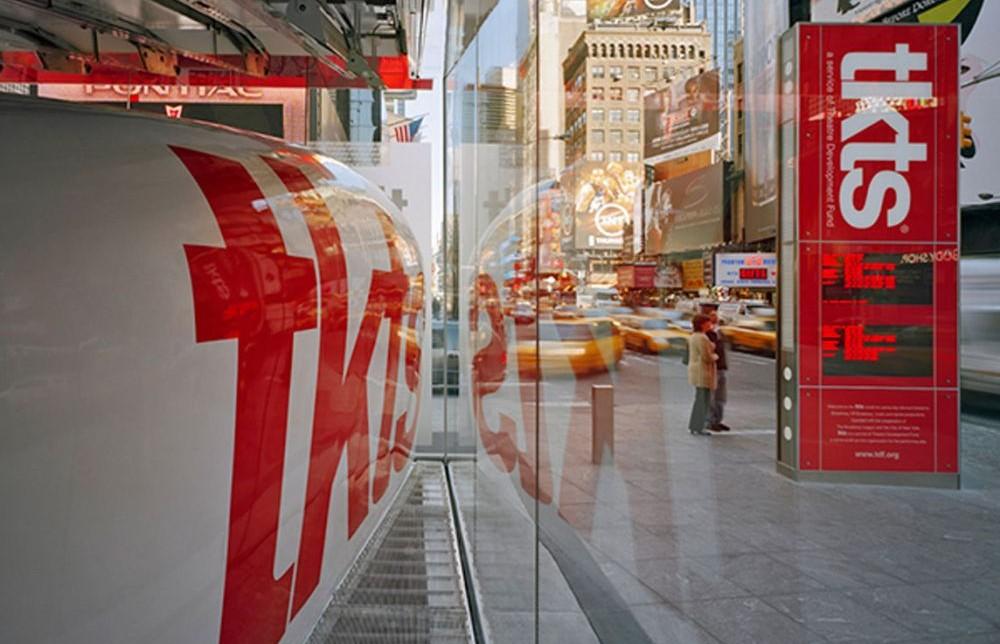 The new TKTS booth and the redevelopment of Father Duffy Square create a new center for Times Square, one of the worlds most popular and iconic destinations. The project began in 1999 with an international design competition initiated by Theatre Development Fund and sponsored the Van Alen Institute to re-design the popular TKTS booth at the heart of Times Square. While the competition brief simply requested designs for a small scale architectural structure to replace the existing ticket booth, Australian firm Choi Ropiha reframed the problem as one requiring a broader urban design response to invigorate and provide a center for Times Square, and won the competition.
The Choi Ropiha scheme for the project emerged from two very strong instinctual responses to the problem:
A belief that a conventional building in Times Square would undermine the
powerful spatial character of the place

A recognition that as one of the worlds great gathering points and a focus of urban theatre both literally and metaphorically, Times Square had nowhere for people to sit and enjoy the passing show, no arrival marker, no place for a Kodak moment

Choi Ropihas design solution was a series of red resin steps rising from ground level atop a steel frame to form both a roof for TKTSs operations and a grandstand where TKTS patrons and visitors alike could pause to take in the theatre of Times Square whilst creating a built form that is un-building like. It was a stroke of genius that expanded the focus of the project and ultimately led to a complete reconsideration of the plaza and examination of how this project could energize the urban environment of Times Square.

In 2001 Theatre Development Fund commissioned a feasibility study. Perkins Eastman was brought on board to evaluate the Choi Ropiha scheme. The firm developed several approaches and from those a final design which was informed and inspired by the original concept but also used a distinctly 21st Century set of approaches: glass would now be employed as the TKTS Booths sole structural component for the steps and the TKTS Booth itself would be a free standing within the glass enclosure. Theatre Development Fund then joined with the Times Square Alliance and the Coalition for Father Duffy. Led by the Times Square Alliance and supported by the City of New York, this consortium of private stakeholders undertook a larger project: the creation of a new TKTS booth and a newly designed plaza.

The TKTS building reflects a long collaboration between Perkins Eastman and the worlds leading glass specialists, Dewhurst McFarlane and Partners. Its visual elegance belies tremendous structural complexity: 28-foot, laminated glass stringer beams support red-tinted glass treads between glass load-bearing wallsall stronger than a comparable structure in steel. Cutting-edge technology was integrated throughout the lighting and mechanical systems as well. LED arrays beneath the steps create buoyant luminescence underfoot. Five geothermal wells circulate a water/glycol mix 450 feet below Broadway and back again through heat exchangers that cool the interior in summer, warm it in winter and even keep the staircase ice free.

The construction process also utilized state-of-the-art techniques. The teams strategy was to prefabricate as much as possible for quick assembly on site. An Americas Cup yacht builder constructed the inner ticket booths rigid, fiberglass shell off-site. Within hours of delivery, builders craned it into place, where it now shelters the booth within its glass case beneath the stairs. Likewise, the skid-mounted, pre-fabricated mechanical system took just hours to drop in.

Completing the transformation of Father Duffy Square itself was the work of William Fellows of William Fellows Architects and now with PKSB Architects. Fellows transformed the public space of the square to allow for increased pedestrian traffic and more prominence for Father Duffys commanding statue. The basic intention was to take back the center and reorient the pedestrian to encompass the entirety of Duffy Square. Fellows eliminated superfluous elements, redesigned the pavement in a neutral palate and extended two knee-high walls from the buildings southern base to orient pedestrian traffic from the outer margins to the squares center and ultimately up the red glass steps where views of the worlds greatest show await.

The success of the project is a testament to the fact that through good design and a commitment to the public realm, a variety of client groupspublic, private, and commemorative organizationscan come together to achieve richer outcomes. Through this effort, the function and the identity of the TKTS Booth has been expanded and its position strengthened as a key New York destination for tourists and local theatergoers alike. The project is a triumphant example of how the interests of private stakeholders can dovetail with a bold and engaging project at the heart of the redevelopment of a significant public destination.