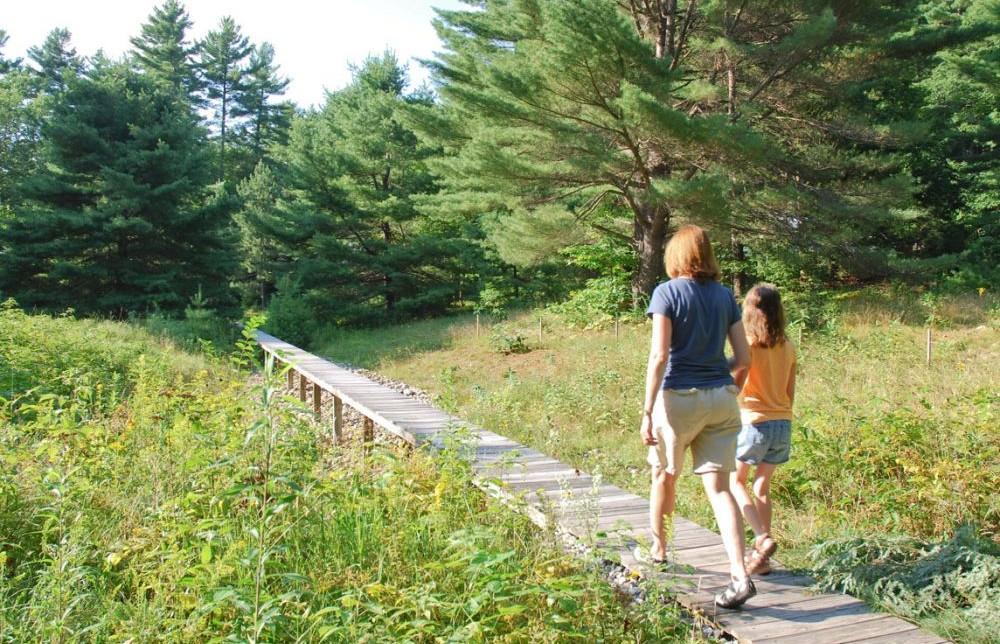 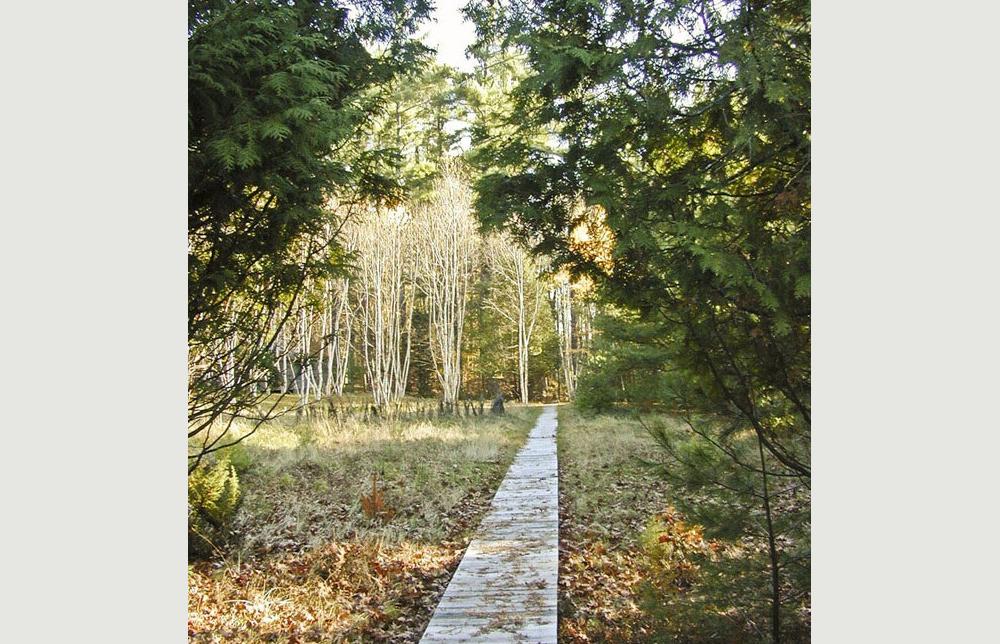 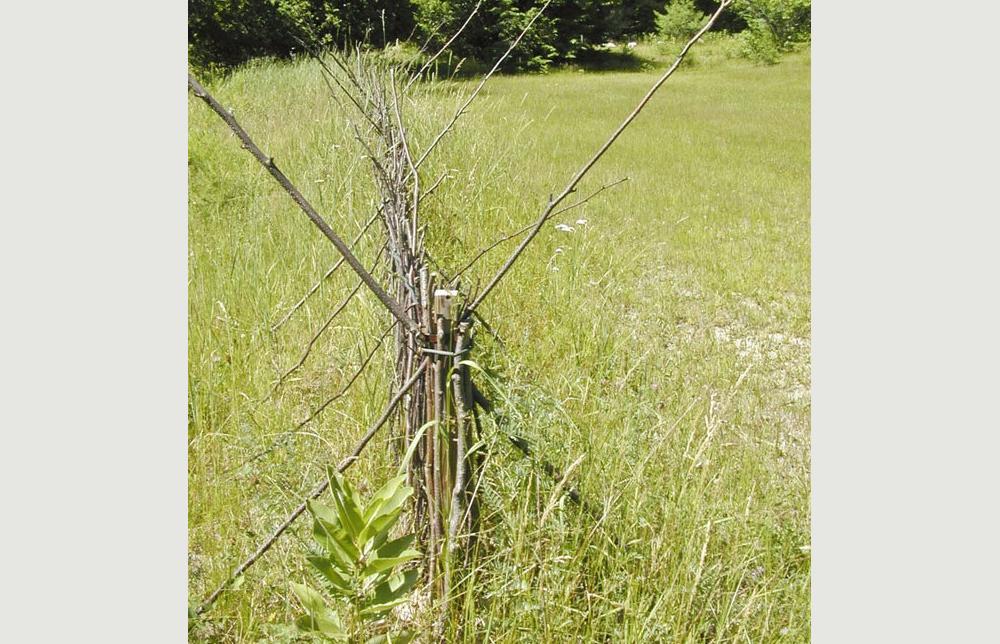 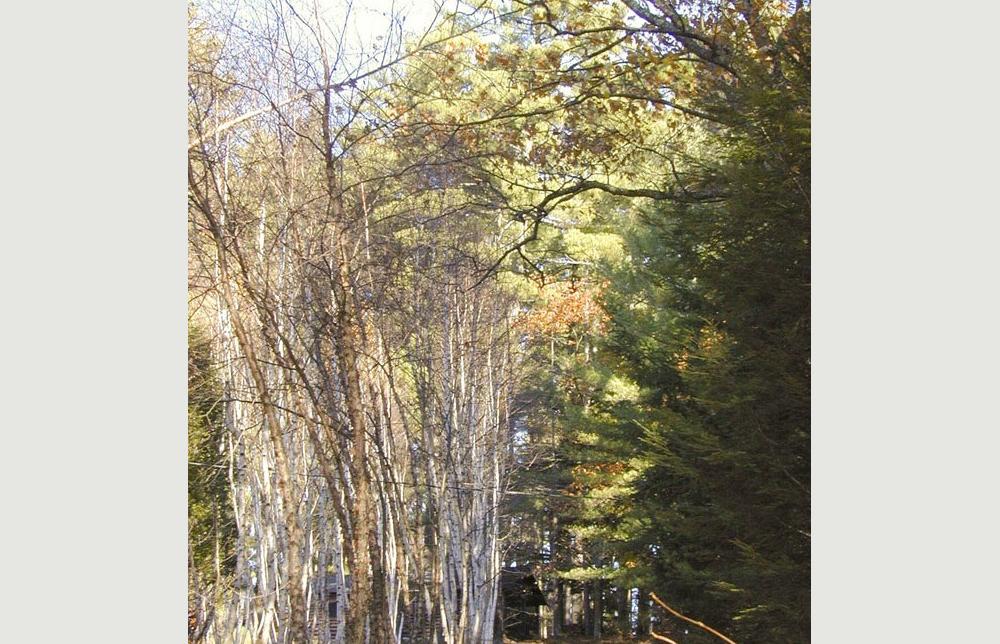 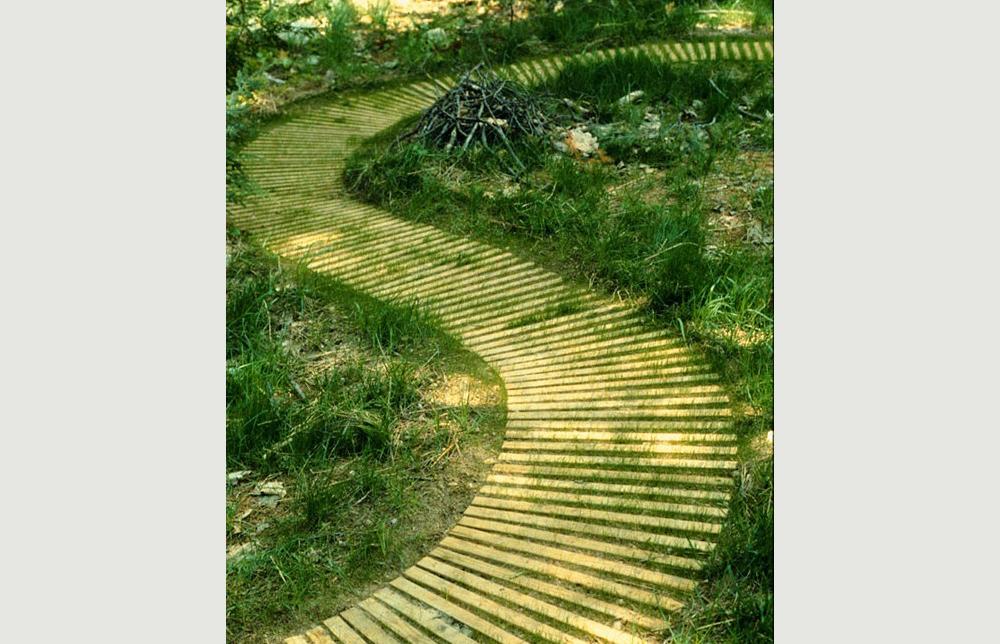 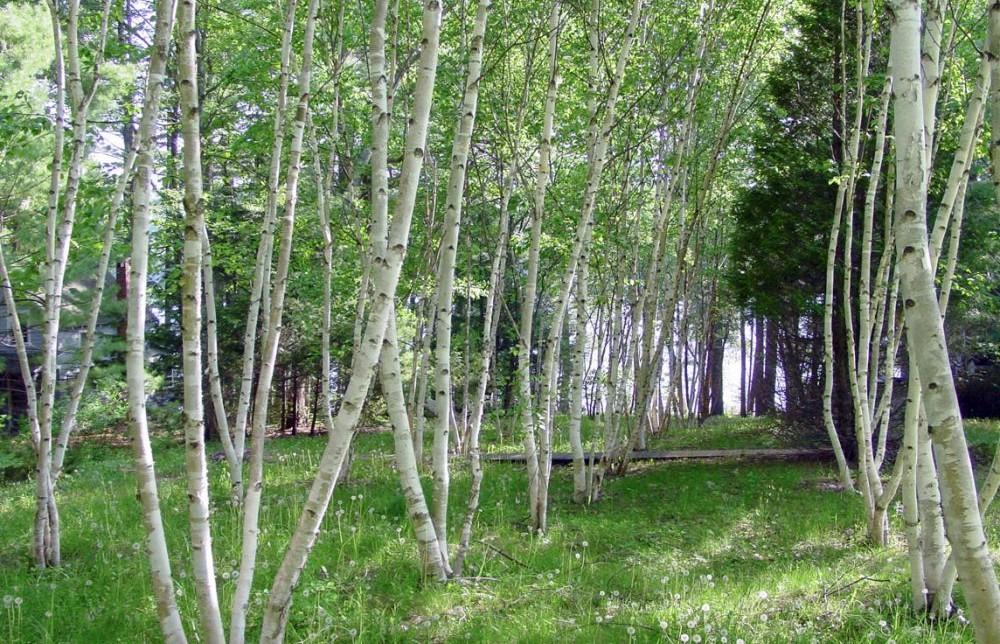 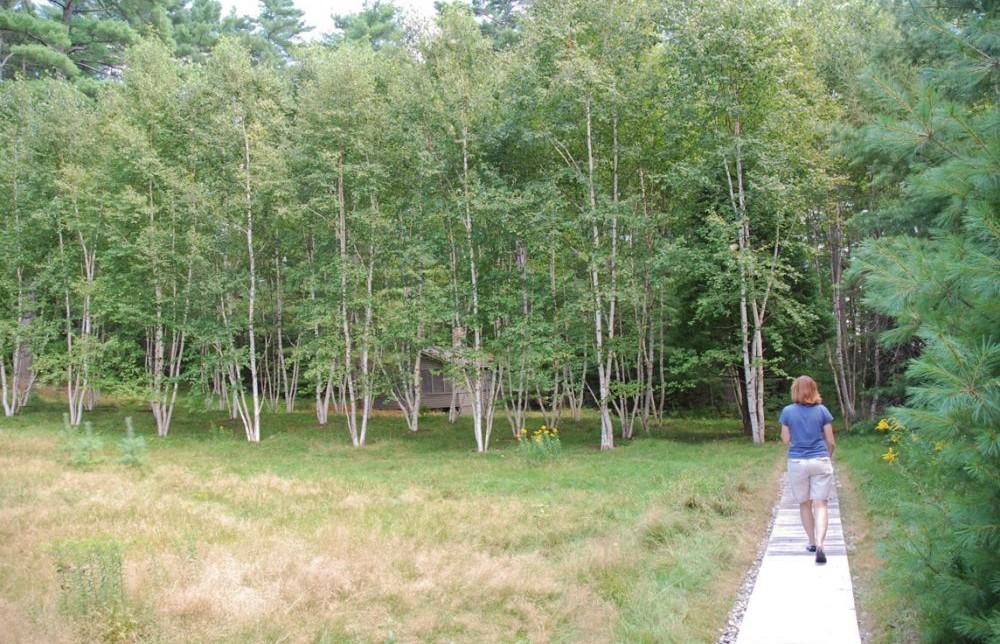 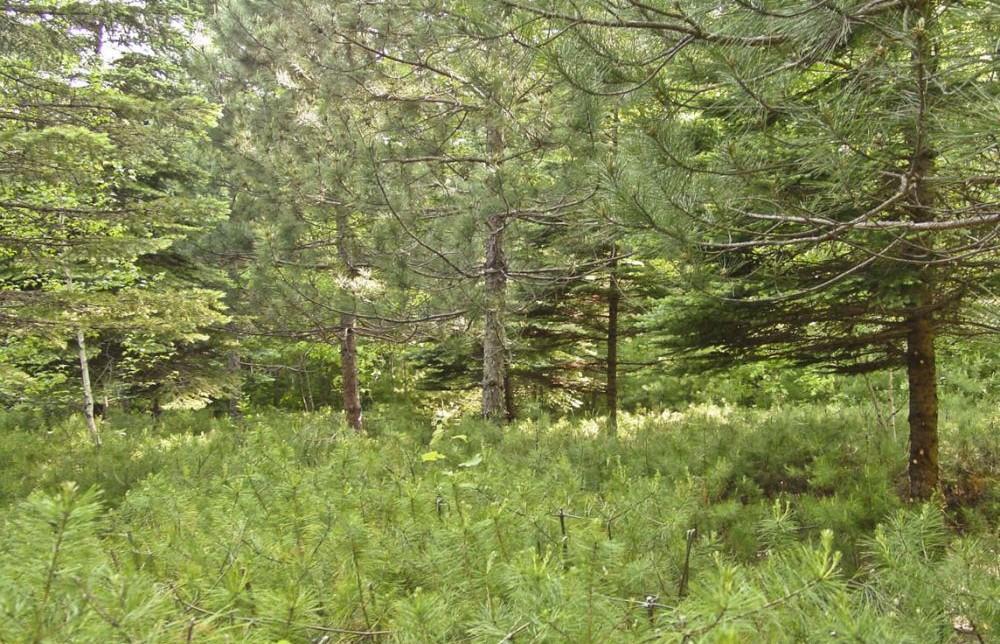 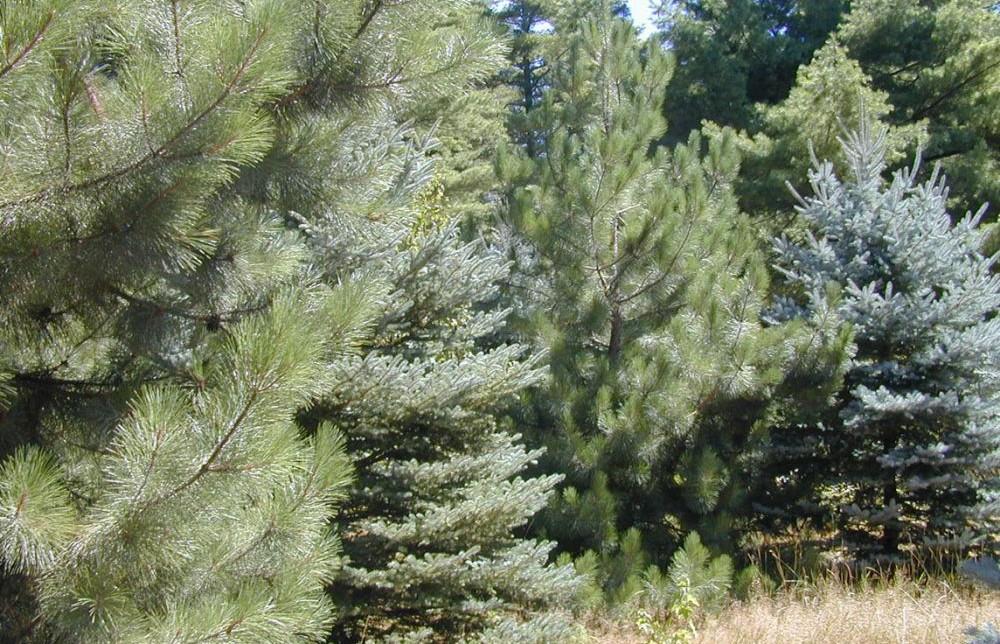 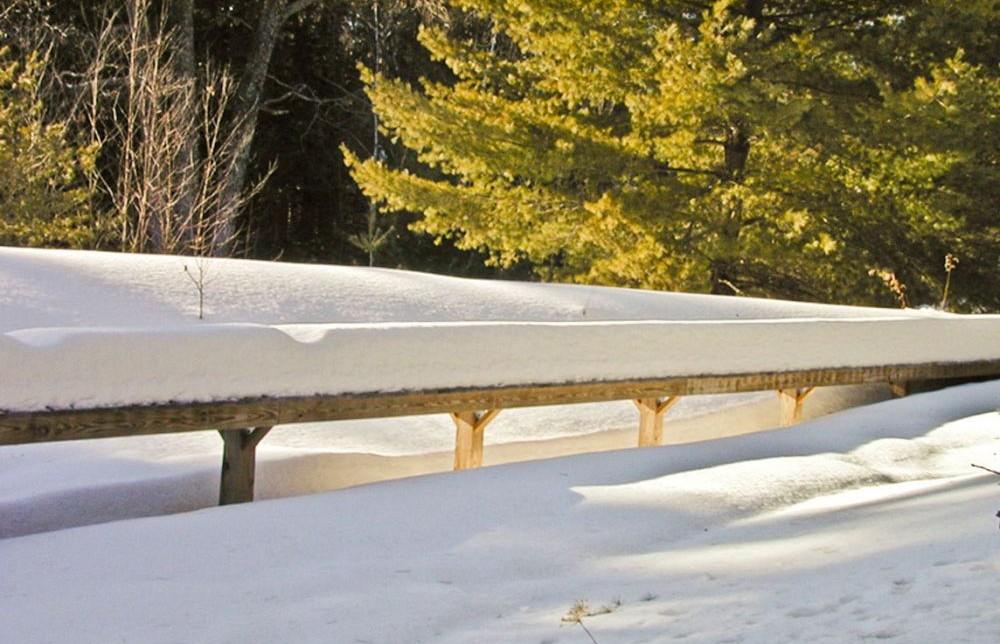 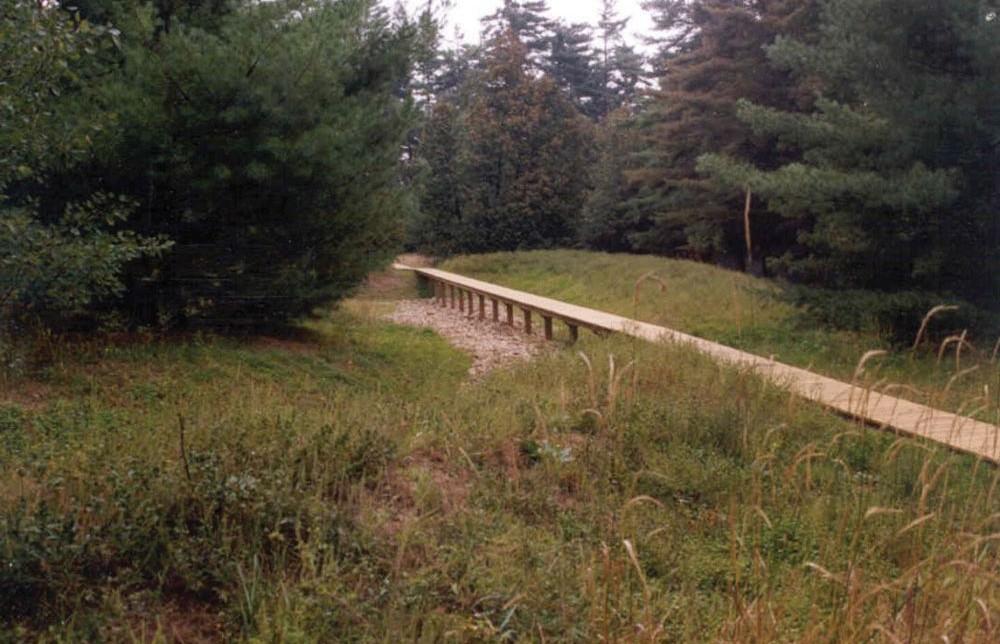 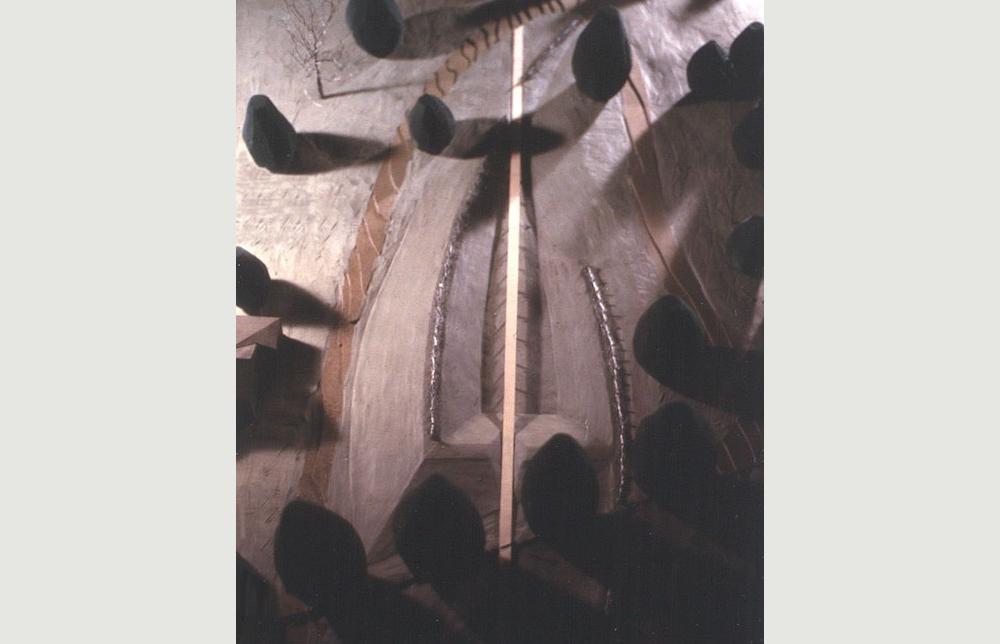 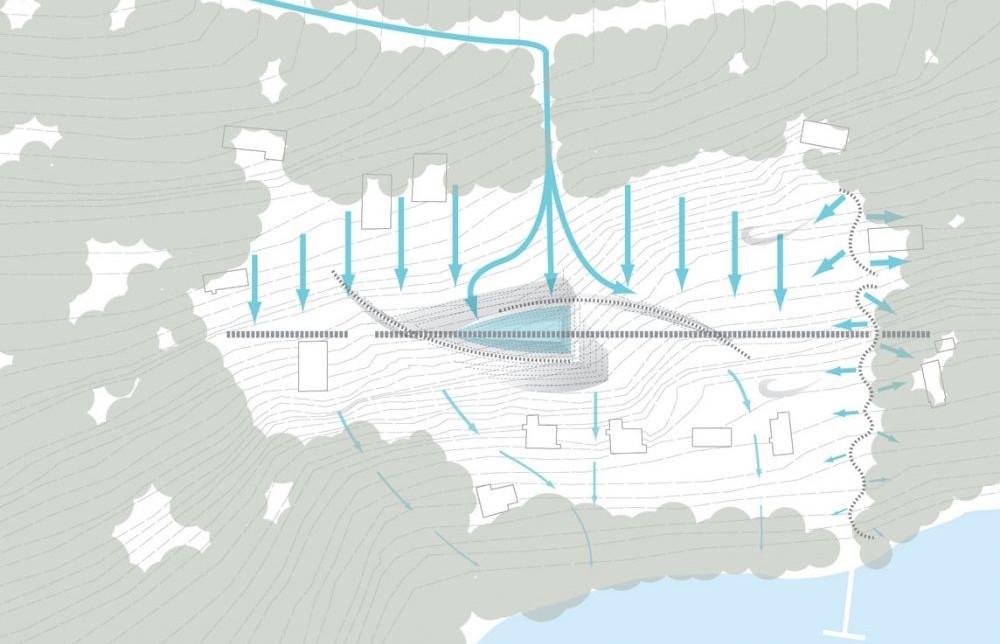 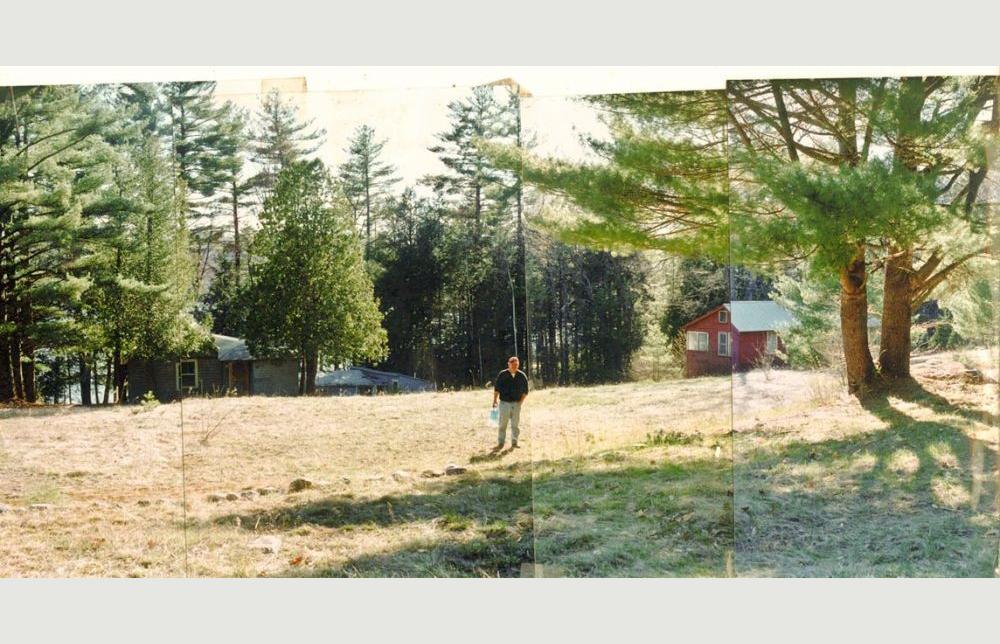 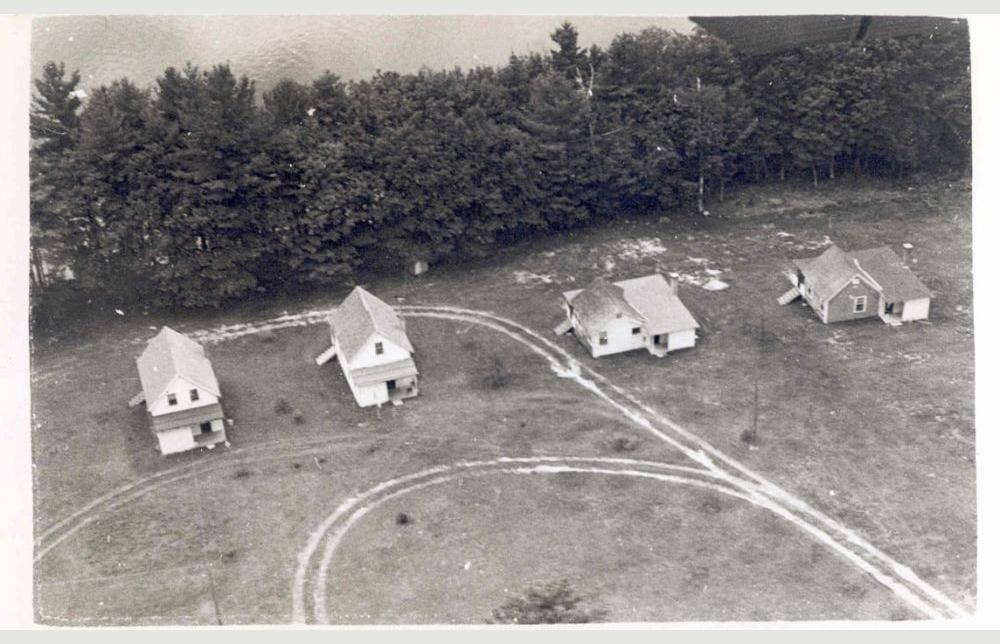 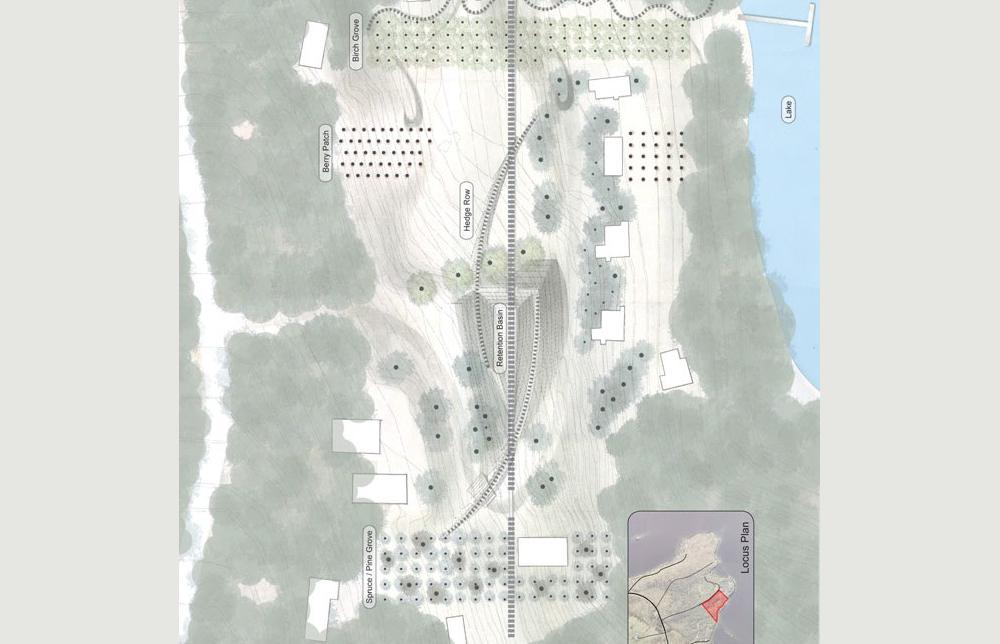 For years this lakefront camp retreat in western Maine had been suffering from neglect and lack of clear organization. Its salvation came when a prominent New York City experimental theater company purchased the site and, in collaboration with our firm, developed a project with a primary focus on the restoration of the ecological and cultural integrity to this lakeside retreat.

The site proper, a 10-acre opening within a dense white pine forest, slopes consistently toward the lake and is flanked to the east, west and south by 12 cabins. Ecologically, the restoration effort targeted two primary issues: soil compaction due to previous site disturbance, and diminishing water quality of the lake due to erosion and stormwater runoffa widespread problem throughout the lakes watershed. The clients expressed desire for the project was to address these issues as well as to increase the diversity of plant communities and wildlife habitat within the master plan area and to create improved pedestrian and vehicular circulation, including meaningful gathering spaces and performance areas.

These objectives presented many design challenges for the team. A master plan developed which included short and long-term strategies for the revegetation of forest canopy, introduction of an understory layer for the establishment of mammal and bird habitats, containment of stormwater runoff, organization and articulation of pedestrian and vehicular movement, and creation of spaces to provide the owners and their guests with opportunities to directly experience landscape events and phenomena. The master plan evolved into a series of small projects, which a dedicated team of clients, designers, as well as friends and guests, have installed over time. The clients have not allowed for any large machinery on the site and therefore all construction has been by hand and has resulted in an intimate and rewarding collaborative effort.

The strategy for restoring the property was to establish a carefully synchronized system of forest bands that provide a variety of spatial and programmatic conditions. The master plan is composed of two primary groves of trees, a network of paths for people and vehicles, earth forms that control and direct stormwater, and small geometric plantings of grasses, blueberries, and other native flora. The tree groves and paths are the elements that structure movement on the site. Various formations of earthwork at various scales emerge across the site and catch stormwater, mitigating site erosion conditions and contributing to the creation of highly localized ecological hot spots.
Stormwater and Circulation

A large basin is located at the most severely eroded area of the site. Sculpted according to a reading of the larger, regional topography, the basin registers changing vegetation growth and water levels. The projects main footpatha boardwalkcuts through the center of the site and becomes a bridge, crossing over the hedgerow basin, and creates a quietly theatrical moment combining circulation, landform, water detention, and native grasses. Living and dead plant material in the 200-foot hedgerow provide an important source of food for indigenous and migrating birds and act as a windbreak. The boardwalk links cabins along a line, as well as one end of the site to the other. Movement in this direction emerges as efficiently as possible, as straight lines that allow direct connections between proposed forest groves.

By contrast, movement up and down the hill, toward and away from the lake, consists of bends and curves. Paths meander to divert water into a newly planted massing of grasses along the path. And unlike the boardwalks elevated path, the meandering paths are embedded in the ground to provide a more porous and coarse surface to assist in deflecting and slowing water movement. From an experiential point of view, the contrast in path types creates two clearly distinct types of movement and contributes to the variety of experiences, cadences, and views to and through the site.
Planting

The birch forest provides a primary link between the upper areas of the site and cabins at the waterfront. The birches serve to mitigate the scale of the surrounding forest and to provide a textural foil to the coarse fiber of the pines. It is situated to overlap with other layers and uses of the site and to fuse the ecological and cultural operations present.

At the other end of the site, red pine and blue spruce species contrast in texture, color, growth habit and growth rate, establishing a visually dynamic forest. The scale of the spruce emulates that of the white pines, while the red pines maintain a simple and regulated figured understory. The thickness of the grove also provides a sense of privacy for the adjacent cabins. The competitional scenarios between the red pine/spruce grove and the parent material of the forest have allowed the master plan to evolve in ways that were not expected: Due to evolving light conditions under the canopy, white pine trees were able to repopulate the groundplane of the grove within 10 years. A study of two species within the established white pine forest has transformed into a study of those species competing with a new generation of white pines, ultimately creating the basis for a new set of pathways through this forest band.

Our role in the project began in 1993. We collaborated with the client to create a set of objectives for the site, and our responsibilities included the planning and design of the site, in addition to recommendations for the implementation of the site elements over time. Along with friends of the client, our office participated in the construction of the series of small projects.

Today we have an ongoing relationship with this land and client; our office makes biannual surveys and maintenance trips. The opportunity to continually sculpt the forest, monitor the ecological functioning of the basin, and enjoy the sites increasingly nuanced qualities, has given us deep insights into ecological succession, species movement, and microclimate.

The new retreat landscape represents the simultaneous implementation of absolute ecological instrumentality and pure sculpture. With spatial sophistication and clarity, a deep connection to the material qualities of soil and plants, and an understanding of the processes of ecological succession, the project has transformed the site from a derelict forest opening to a series of overlapping productive processes. The intimate relationship between client and designer, which has allowed for the postoccupational evolution of the master plan relating to new realities of the site and new programmatic needs, has resulted in an evocative landscape of poetic ecological connections and artistic inspiration.