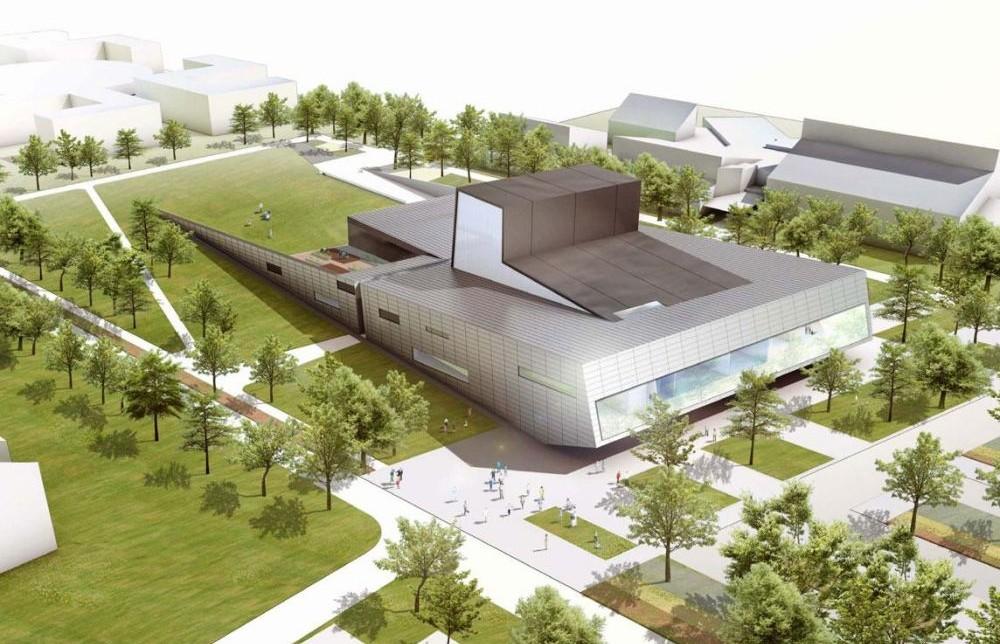 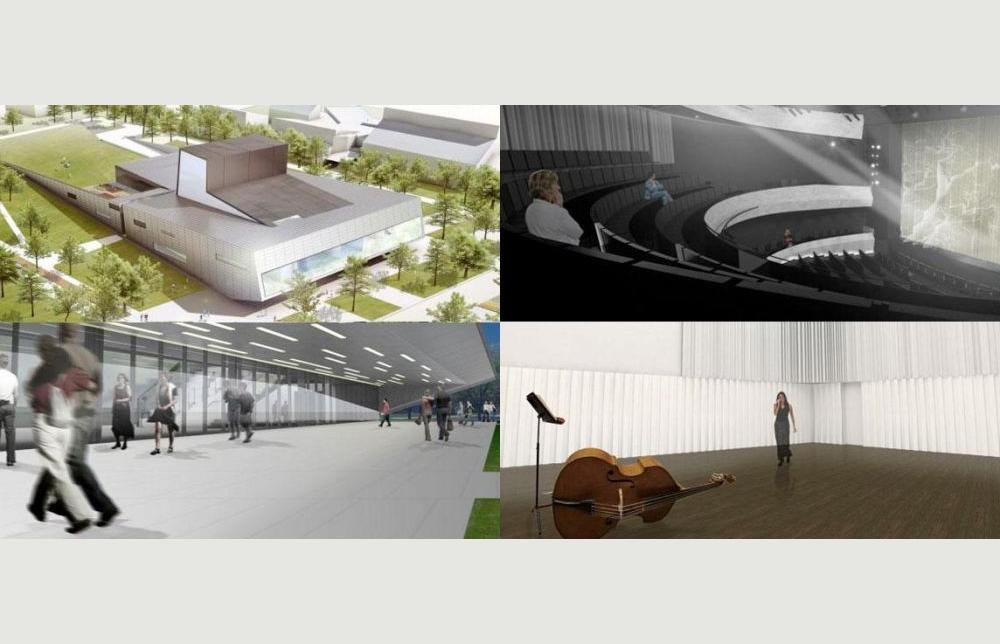 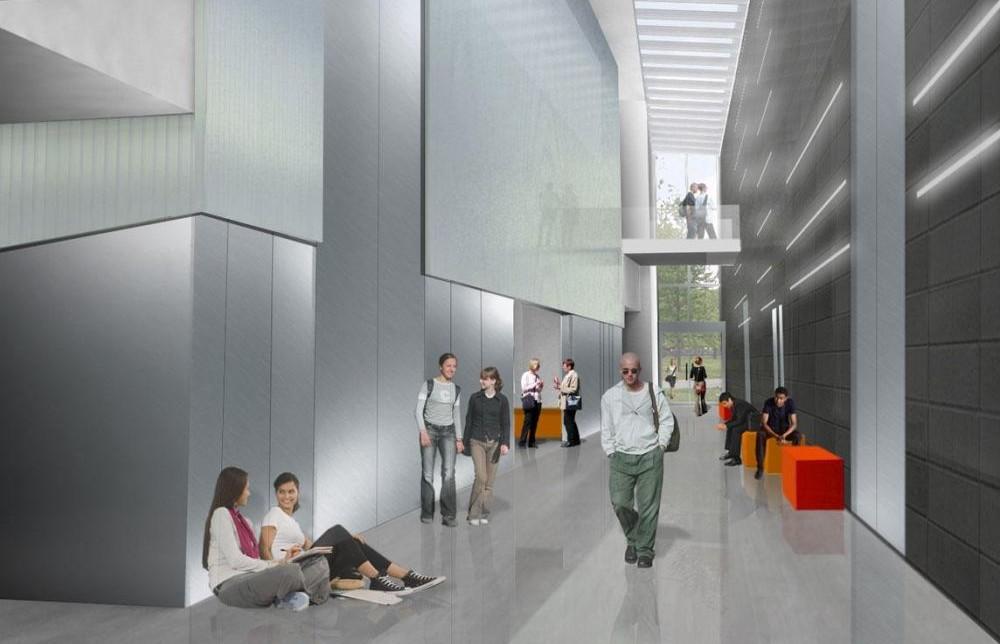 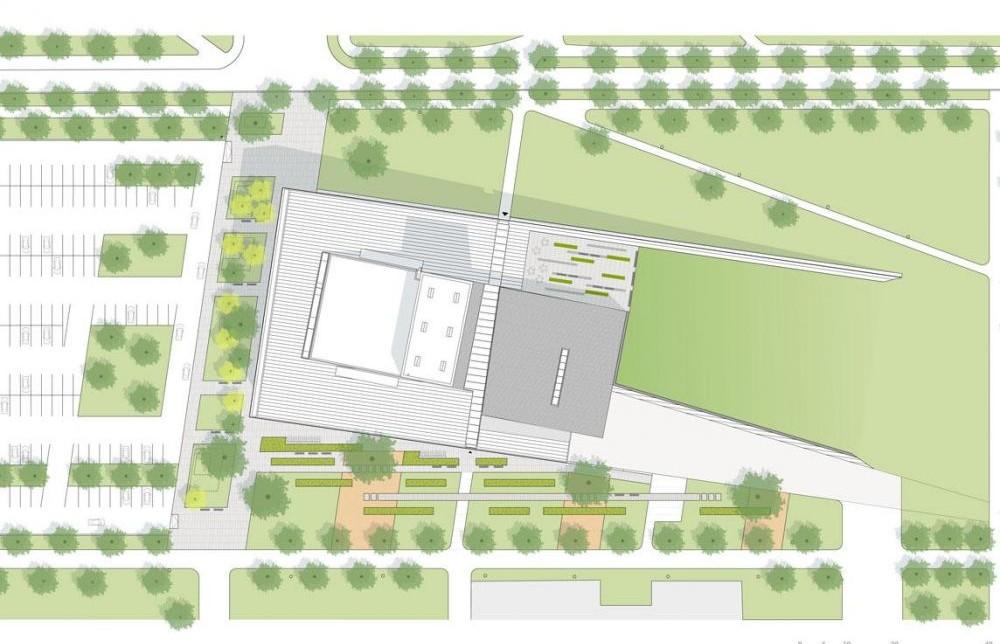 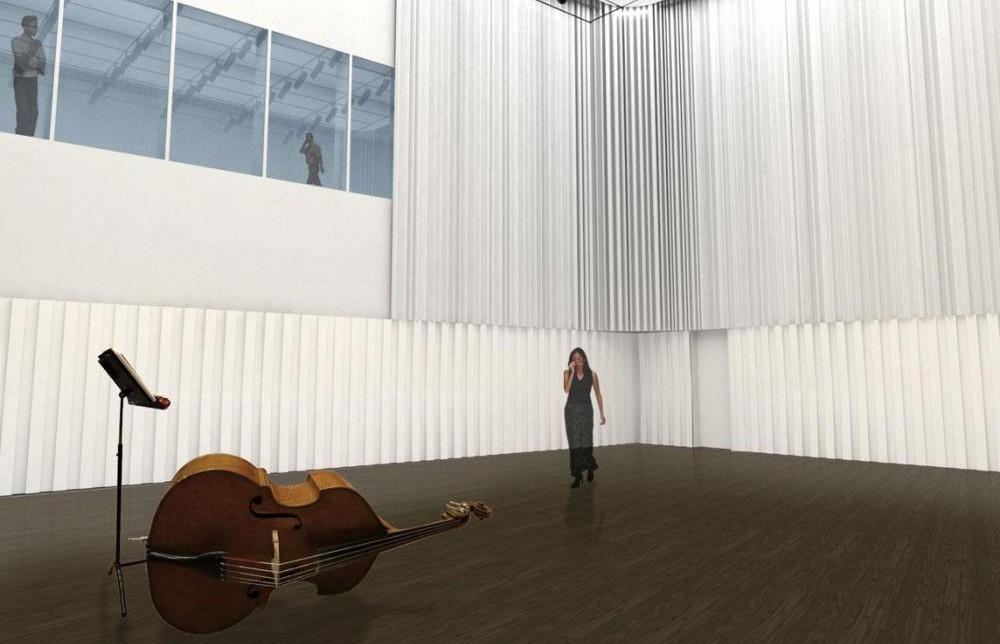 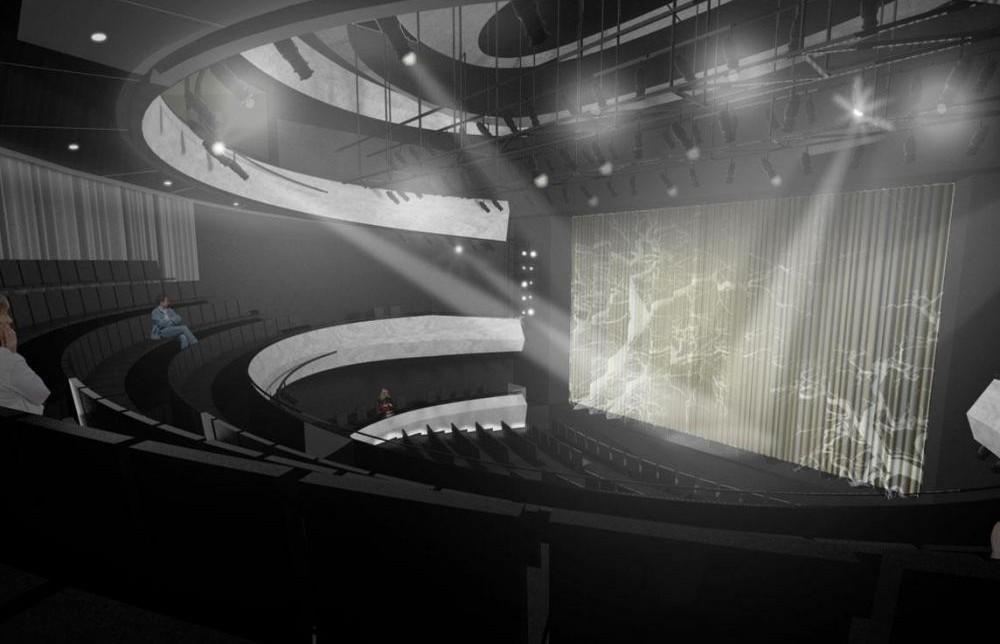 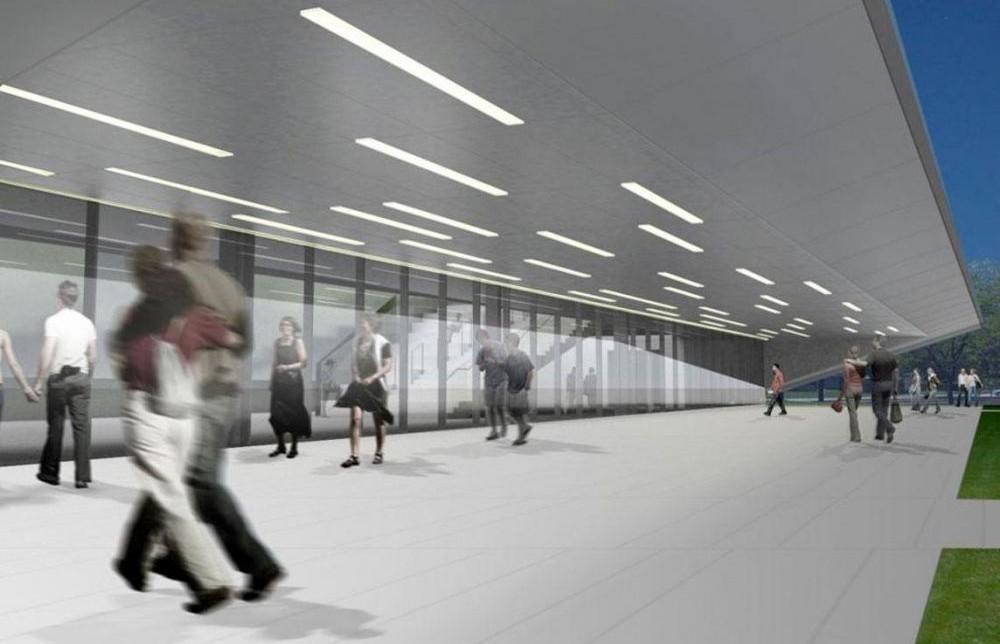 After years of neglect and an academic program that split the various fine arts departments across the campus’ expansive setting, Bowling Green State University moved to create a provocative new collaborative art school that would redefine the art studies program at the school.

The Wolfe Center has at its very core a unique program that unites a diverse range of art studies into a socially enterprising facility meant to encourage lively interaction among students and faculty alike. It will ultimately be a place not only for students of the arts, but for all students to approach knowing that they will find a place of quiet distinction and boundless energy.

The new Wolfe Center will create a memorable link between the vast openness of the ancient plains that characterize this landscape and the dynamic and contemporary notion of fostering openness between the arts.

An open site was chosen that could potentially link the Fine Arts School and the Music School which were near to one another, but separated by a broad mall and a parking area. The site was also exceptional in that it could be seen as both a gateway to and the heart of the campus, so the project needed to address its position as an identifiable marker for the school.

High value was placed on the creation of open and democratic places within the design, eliminating barriers that might otherwise exist between people of divergent interests.

Situated in an agrarian landscape, the new Wolfe Center is designed to broaden the understanding of the landscape and heighten the awareness of the vast Midwestern plains that characterize the area. The tilted form and massive cantilevered entrance bring to mind geological forms that are natural to the area. The long triangle form is deceptive in that it may seem somewhat complex but is essentially modeled after a very simple formal language. The top of a simple box was diagonally sliced off and rotated around to meet the ground creating the triangular form from the two residual parts rejoined. The slope to the rear is partially made of rubble that came from an existing structure that needed to be removed from the site.

The interior is planned in a unique manner for a theater. Since the building is an academic building and contains not only program for the dramatic arts but also for the fine arts and music, the back-of-house areas are completely accessible rather than blocked off from the more public areas surrounding the lobby. The result is an informal, interactive building that is set within a uniquely identifiable edifice that complements its surroundings while declaring its contemporary program.