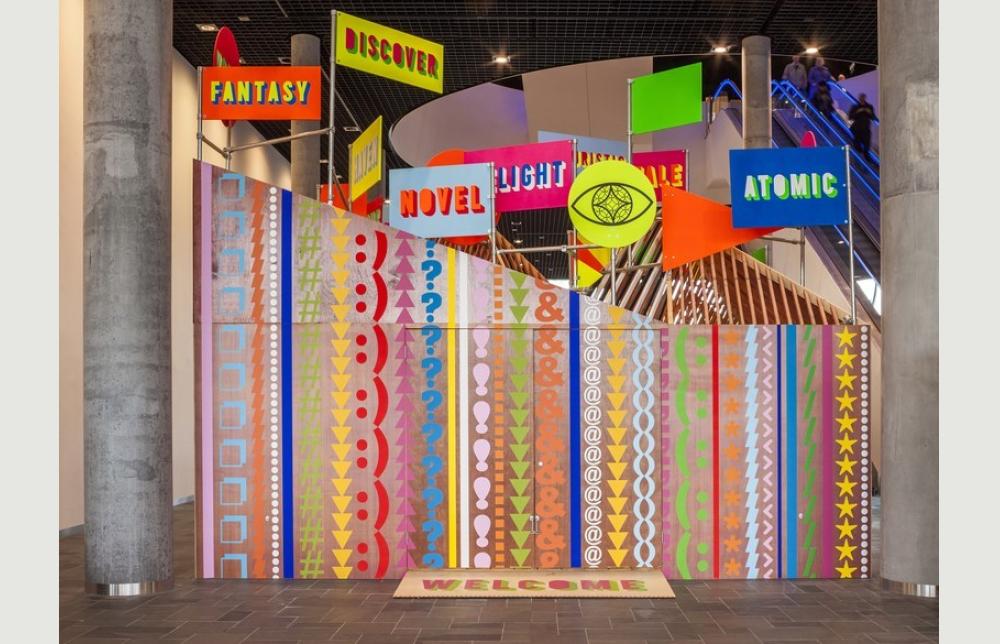 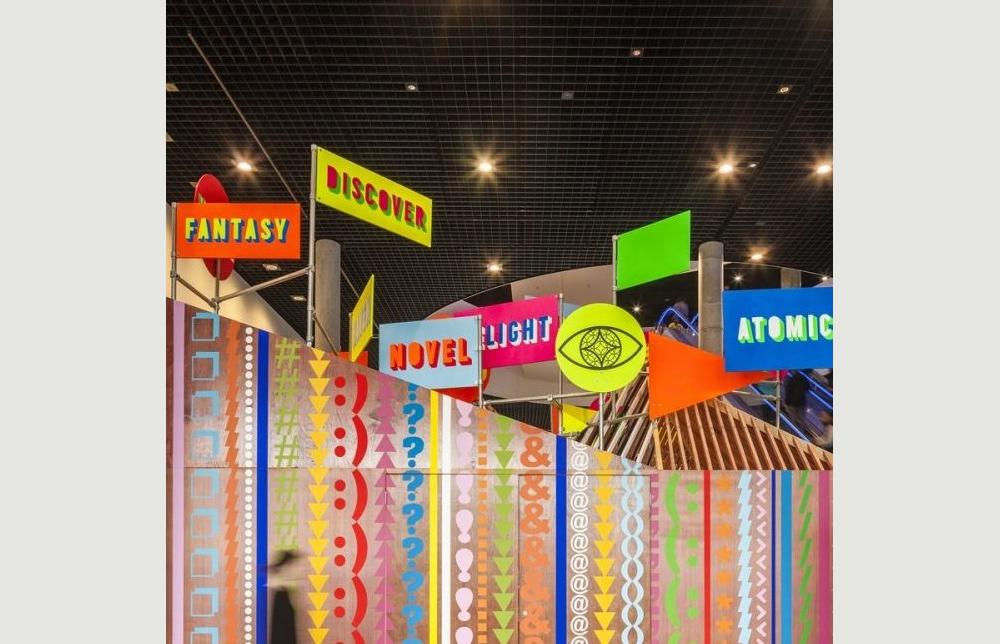 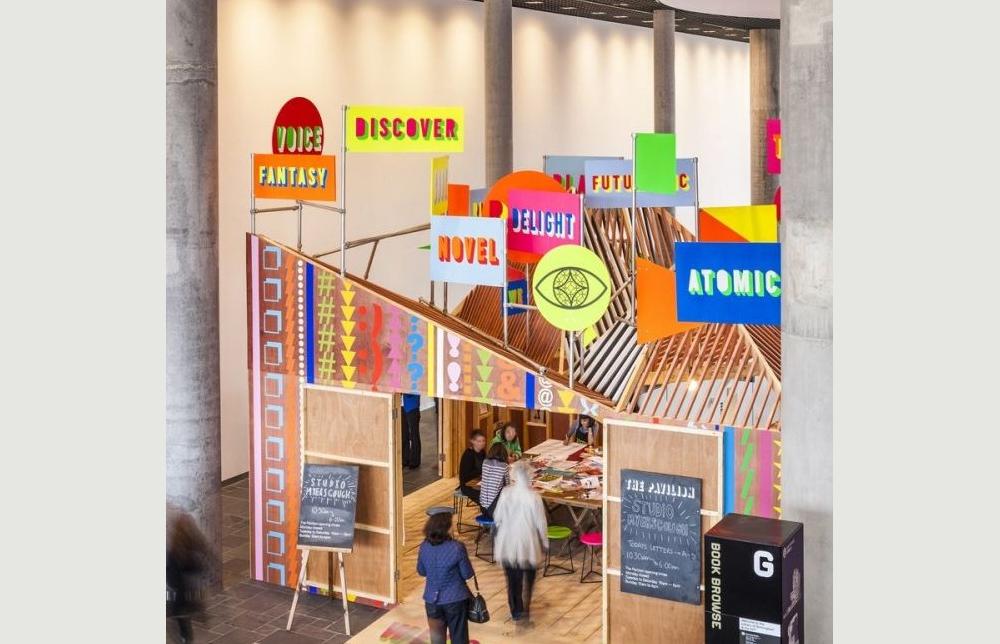 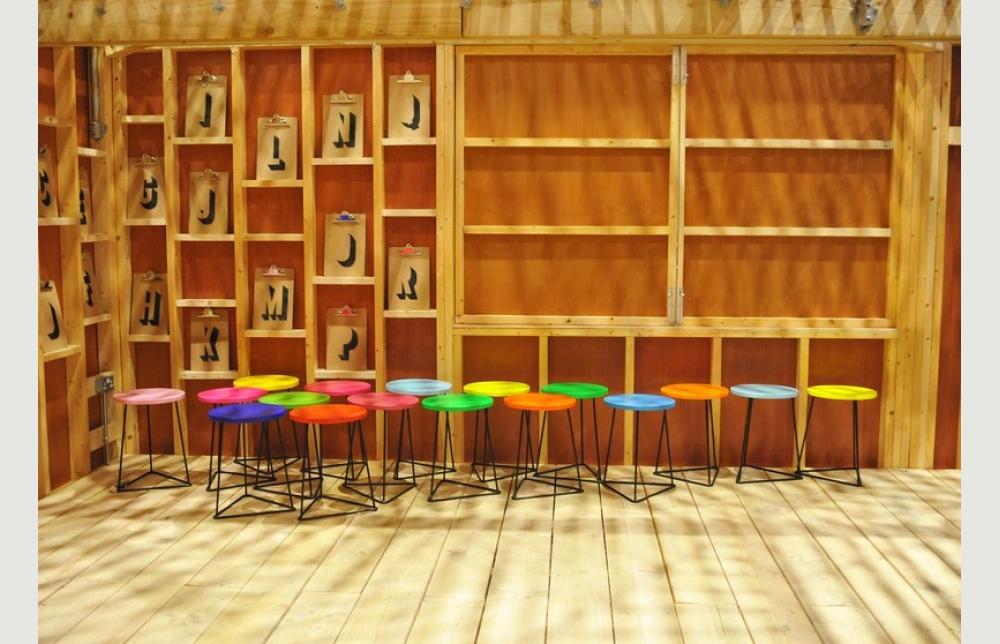 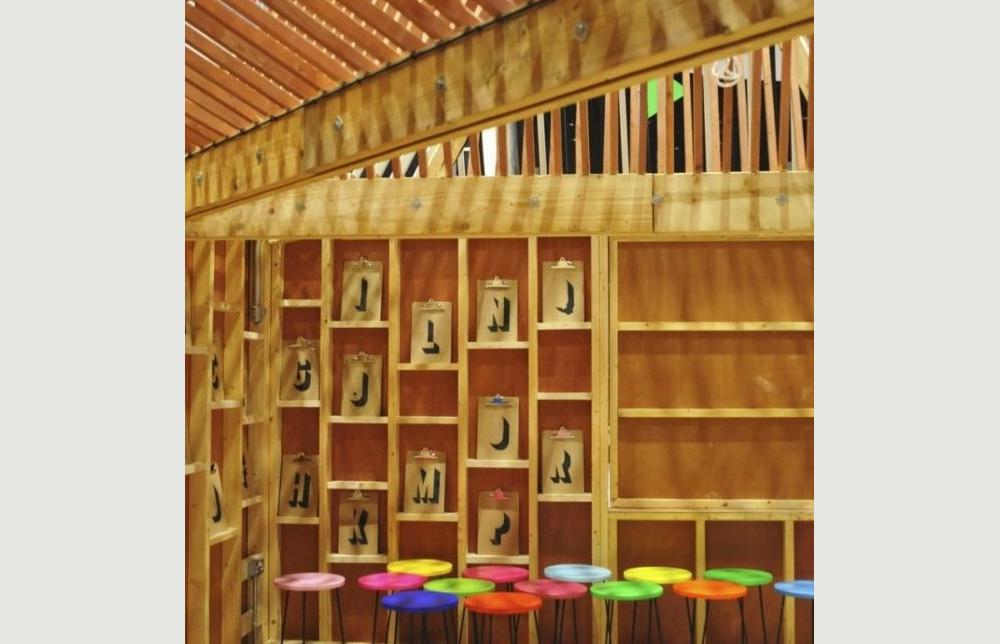 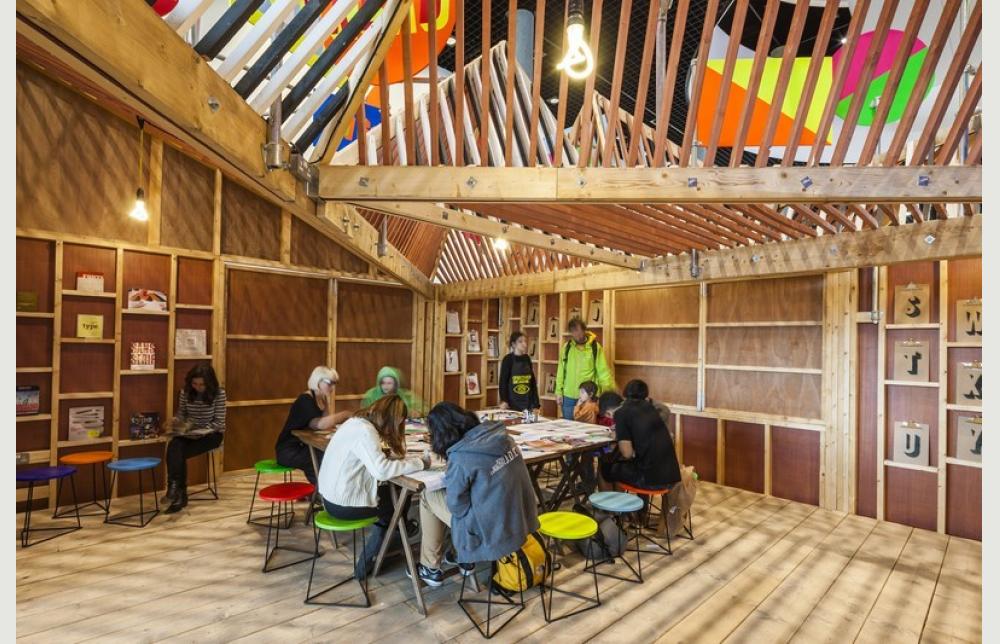 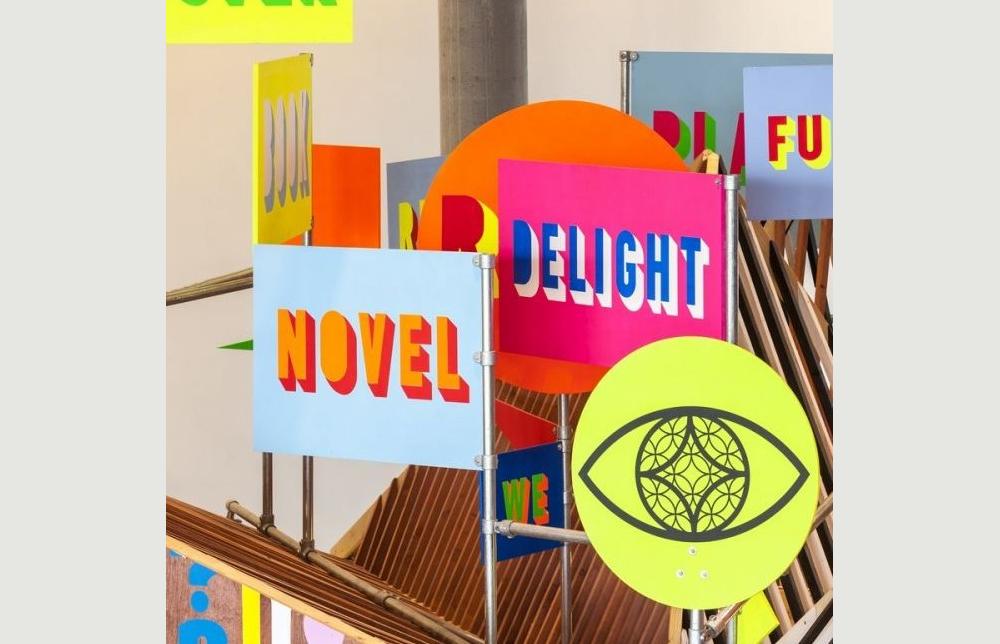 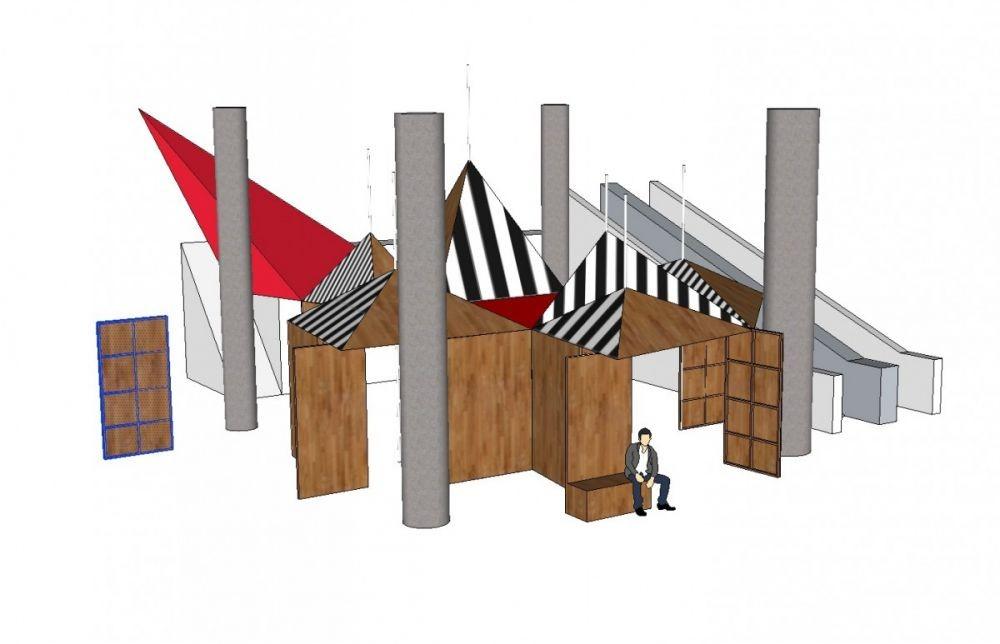 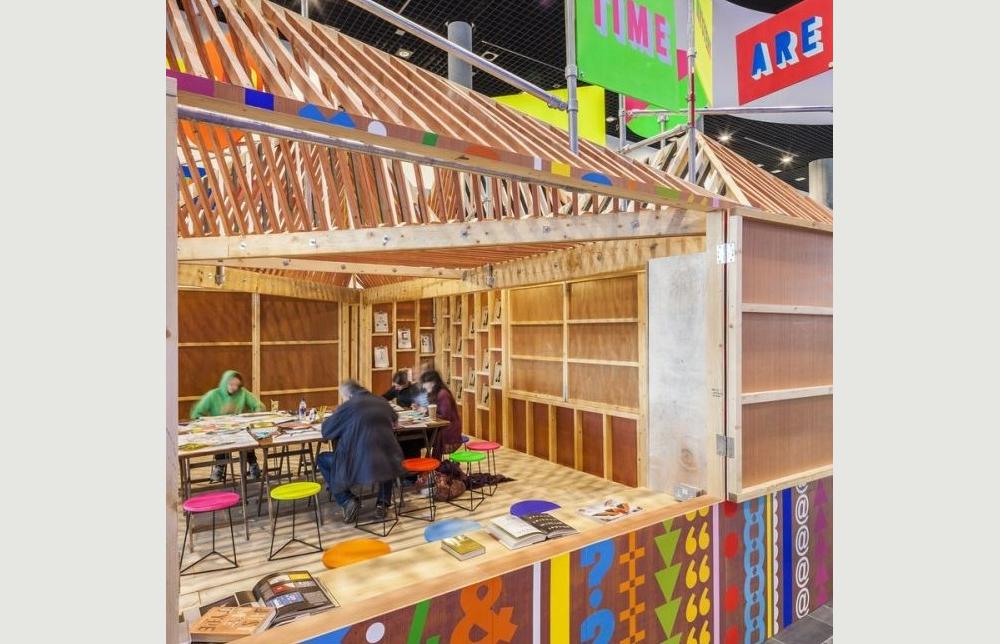 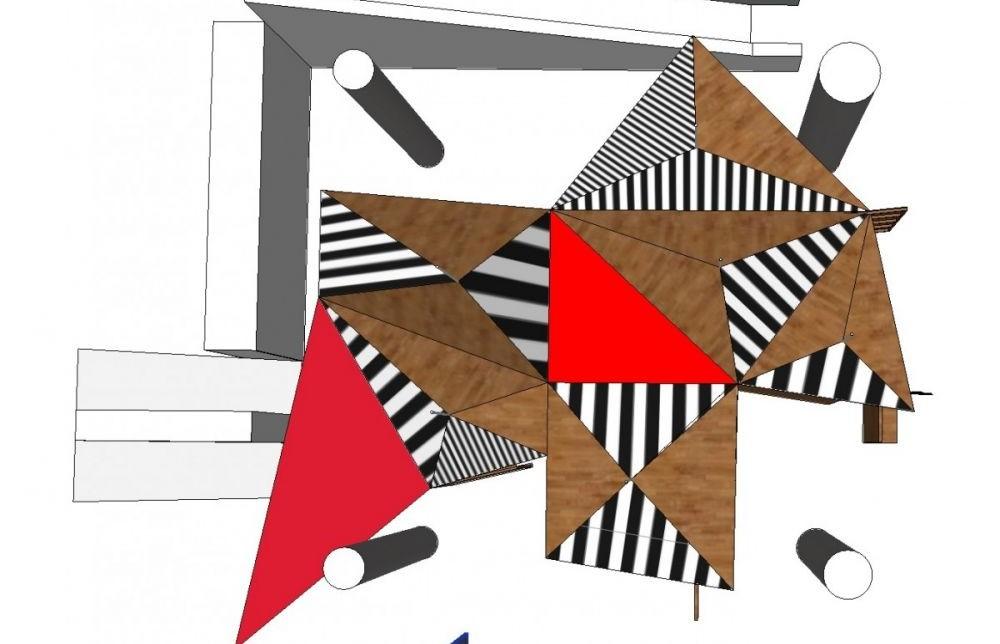 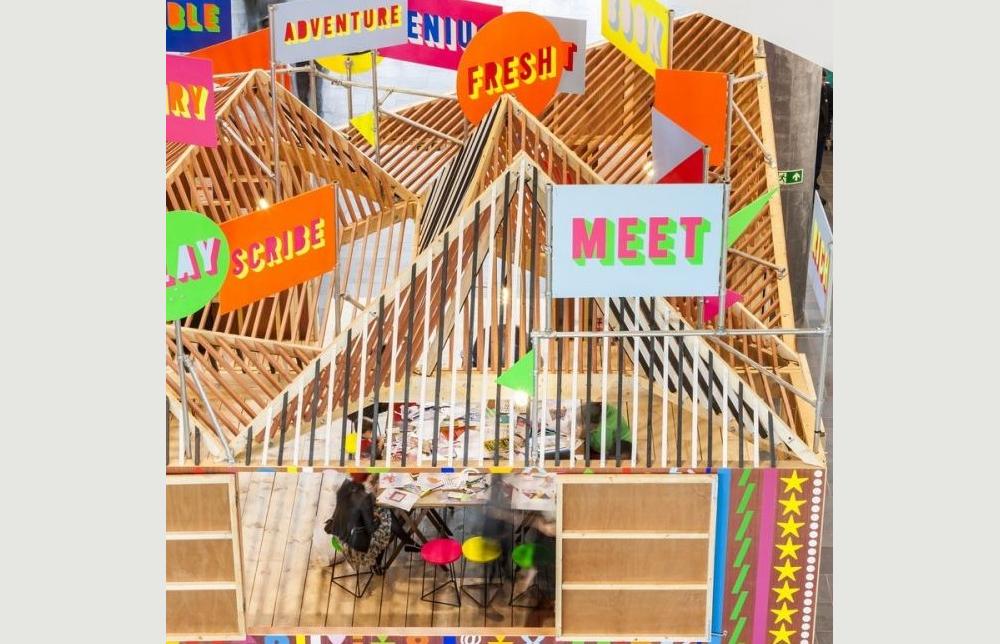 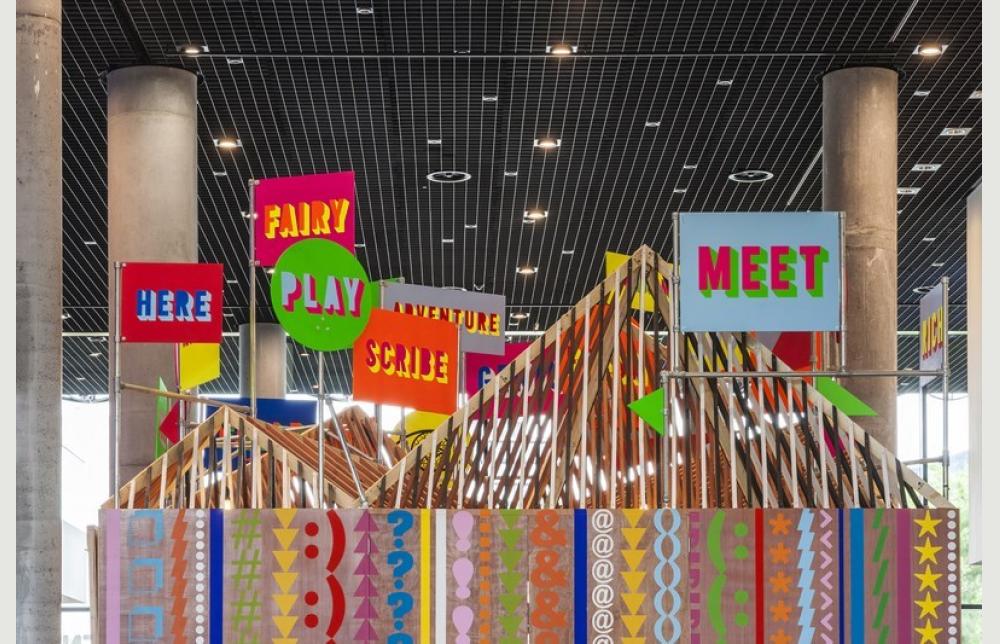 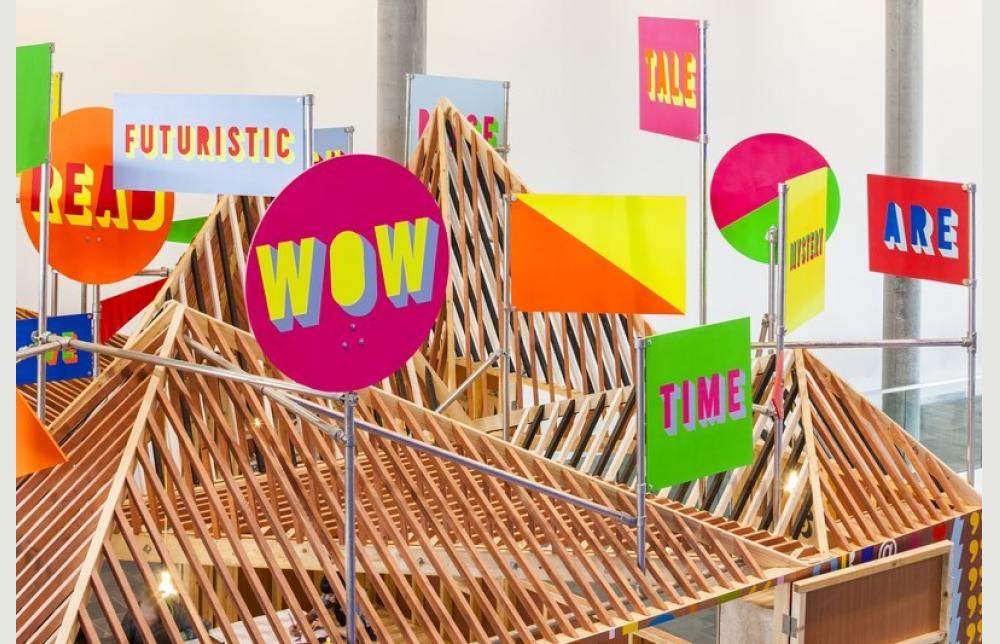 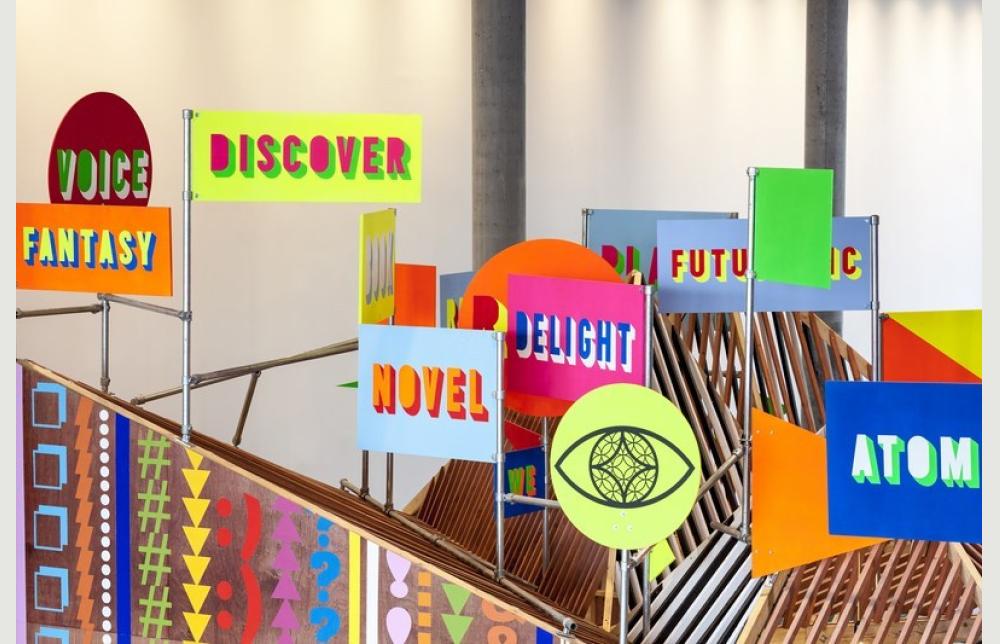 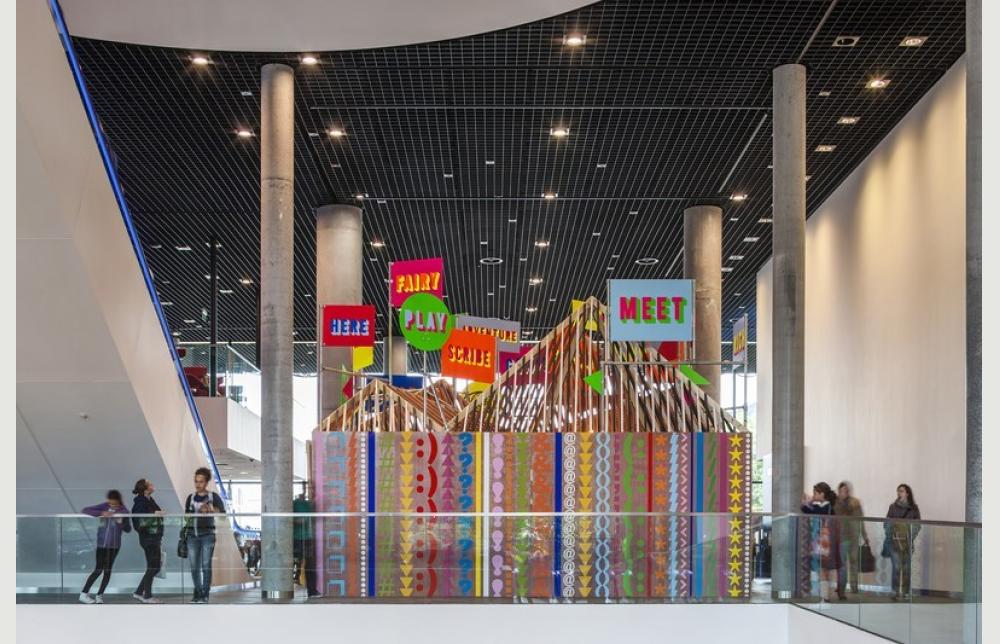 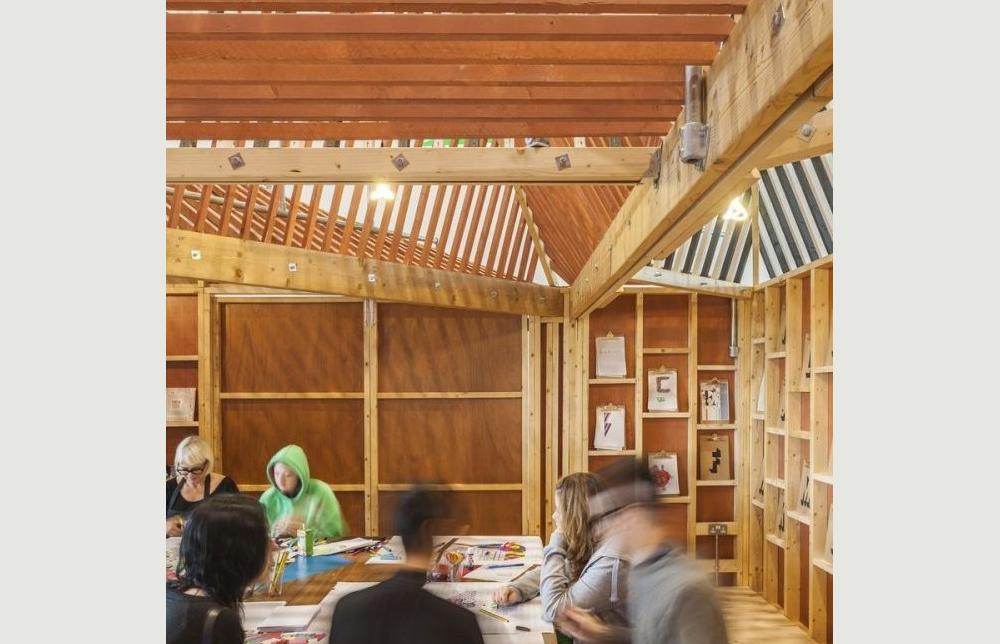 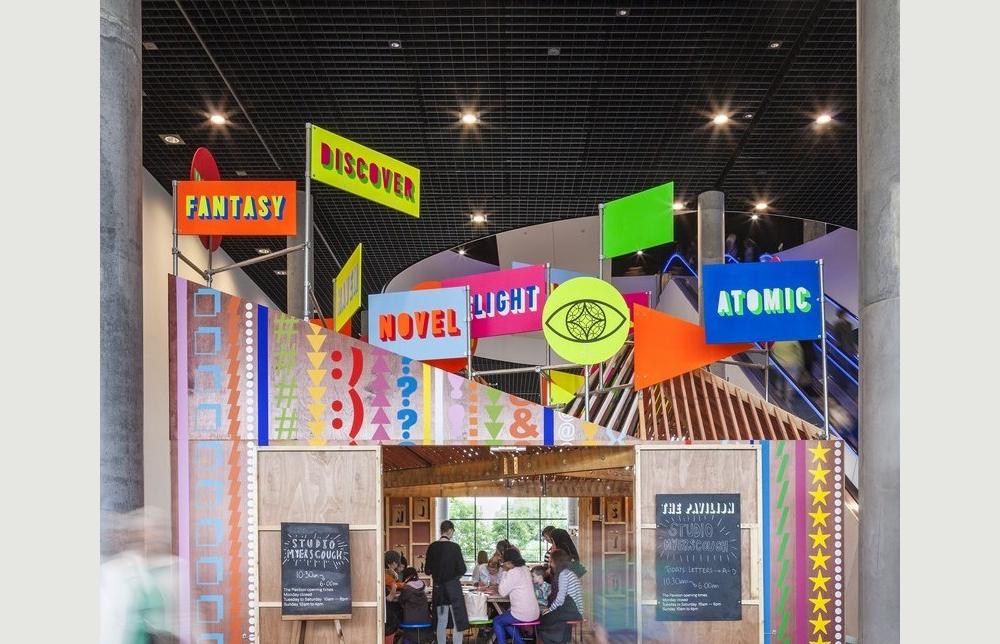 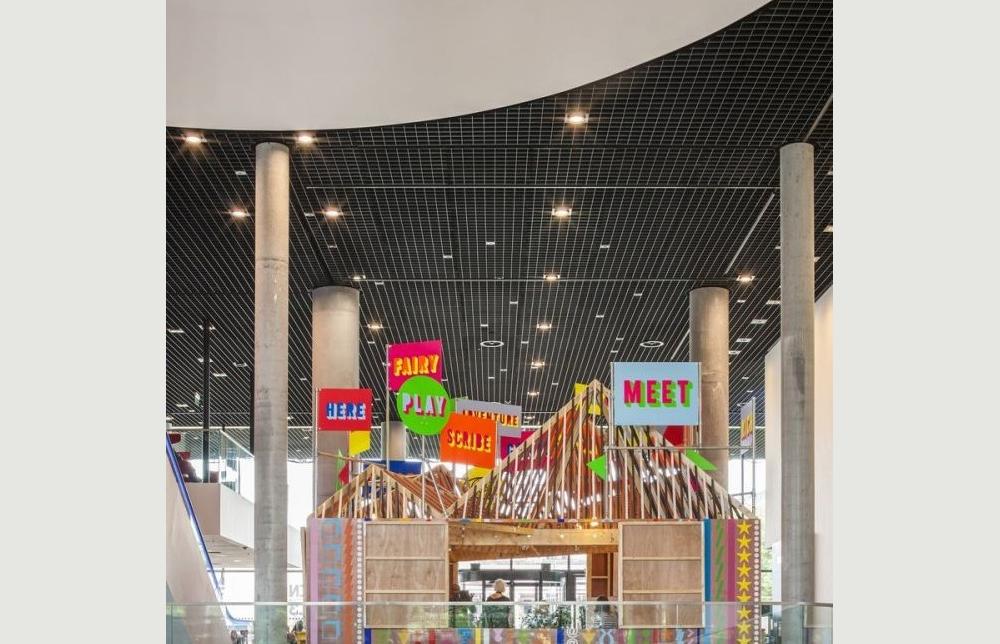 Centrepiece of the dramatic lobby of the new Library of Birmingham is a temporary pavilion created by Morag Myerscough and Luke Morgan. The Pavilion is a multifunctional structure designed to house an 18 week programme of creative residencies for the Discovery Season. Artists, film makers, book makers and a range of other creatives will set up home in The Pavilion for a week at a time, making new work and offering a variety of free activities for visitors.

The Discovery Season curated by Capsule is a dynamic mix of exhibitions, activities and performances, with the aim to challenge perceptions of what a library can be. Entirely hand-crafted, The Pavilion has been designed to reflect the diverse and often radical Discovery Season creative residency programme including. The timber single-storey structure is topped with a neon ‘crown’ of signs emblazoned with words that originated from workshops held with youth arts group Birmingham 2022. Myerscough, Morgan and two assistants hand-painted the exterior walls with symbols used in on-line communication, embracing digital with an analogue technique. “We wanted to greet visitors with a smile and a celebration of the word,” she says. “It encourages conversation and fun.”

The interior of the timber box structure has been kept as simple and raw as possible, allowing each resident to change the space as much as they wish. Battens can be used as ad hoc shelves, while the ceiling is made from wooden slats which provides views of the neon rooftop signs and delivers a striking internal dappled lighting effect.

Two sides of the structure feature full-height double doors while the others have large windows. These can either be swung open for transparency or closed to create a more intimate environment for projected installations, in stark contrast to the Library’s vast lobby space.

“The Pavilion is also meant to be something of a ‘curiosity box’ which closes on Sunday night, undergoes transformation the following day and then when the doors open on Tuesday has become a totally new space depending on what that week’s resident has planned,” Myerscough adds. The Pavilion was erected on site in just two weeks, and was designed to make best use of a space directly opposite the Library’s main entrance. It snugly fits between concrete pillars, working within tight spatial restrictions imposed by the Library’s fire protection system. As part of the Discovery Season, Studio Myerscough also hosted a week-long residency using the intricate interlocking aluminium patterns of the cladding for the Mecanoo-designed Library as inspiration to create a new A to Z font with the people of Birmingham.

Designed to be completely demountable, it is hoped that a new home for the Pavilion will be found at the end of the Discovery Season.