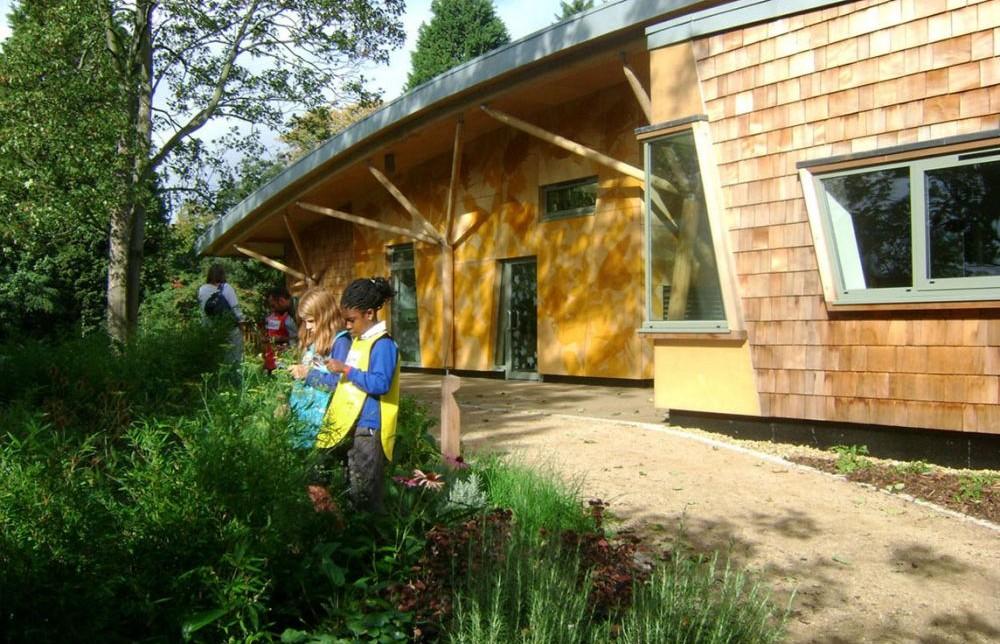 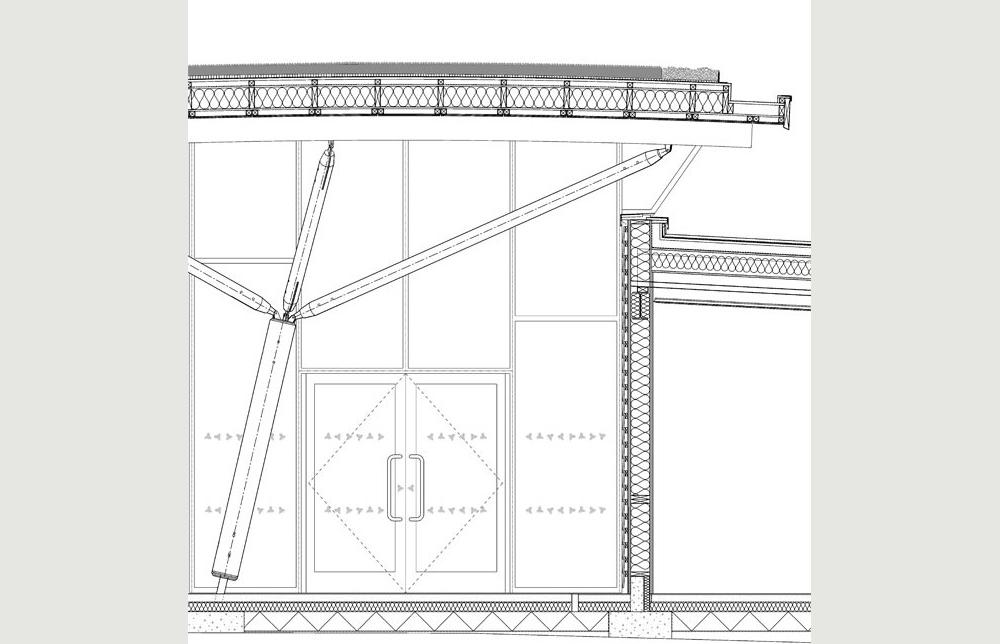 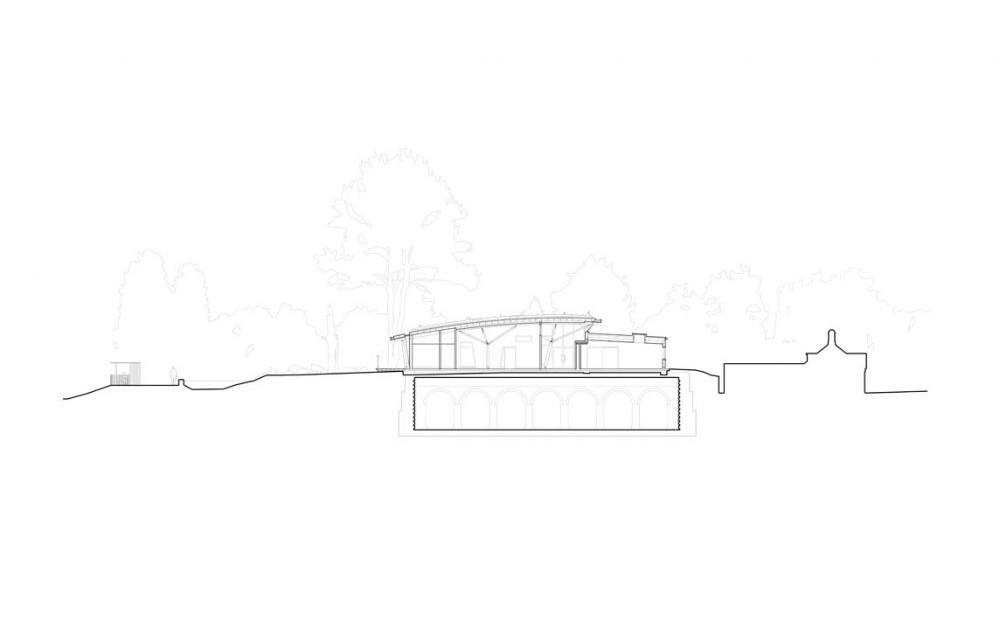 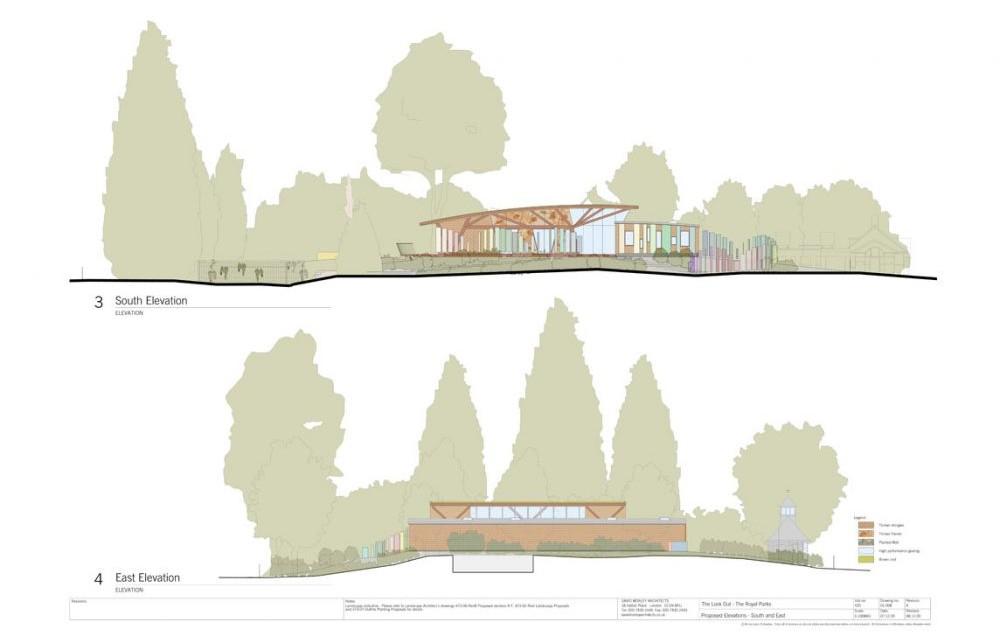 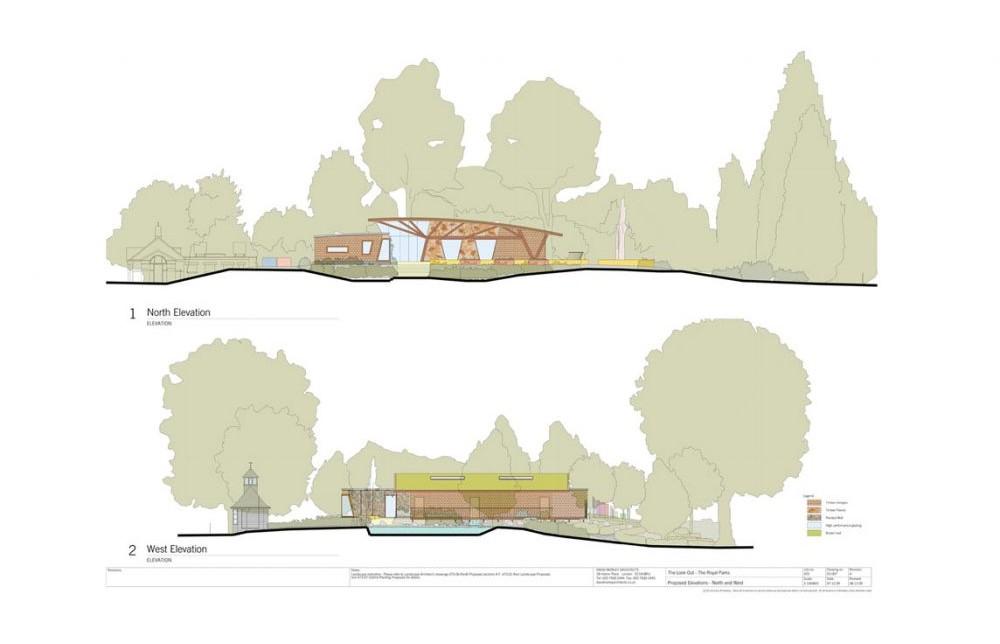 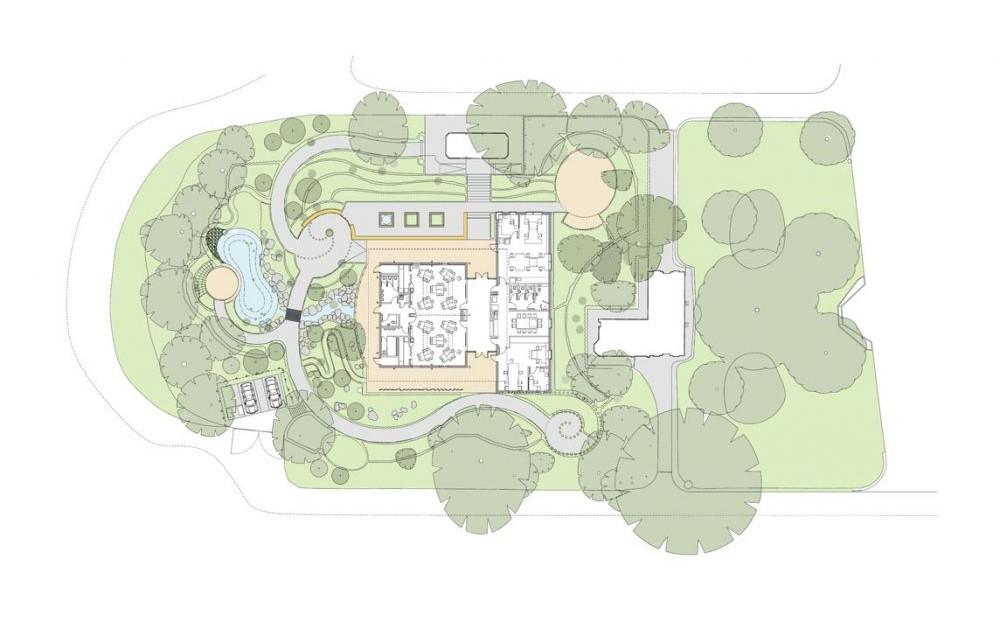 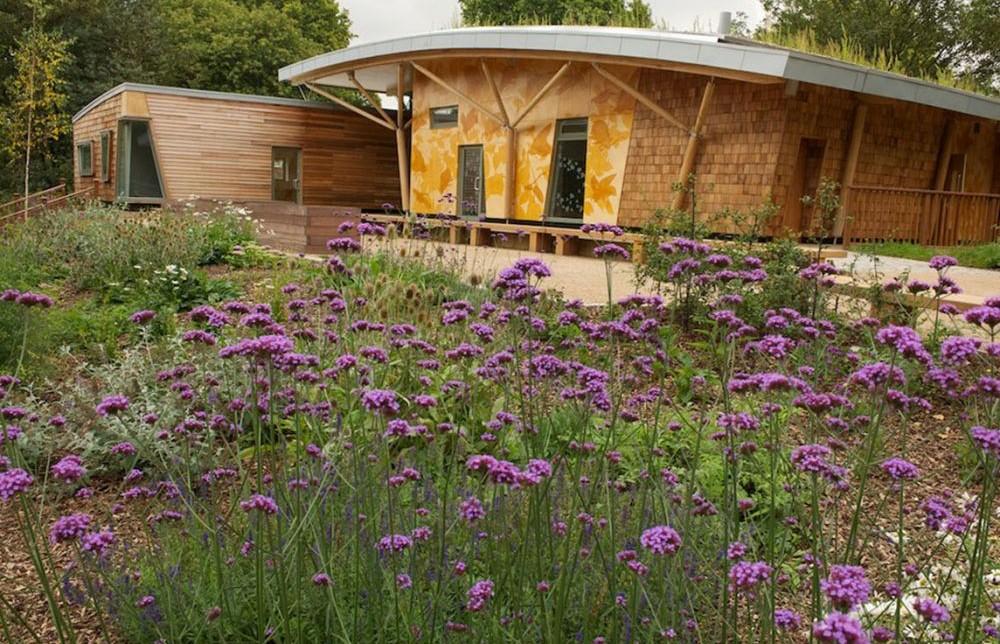 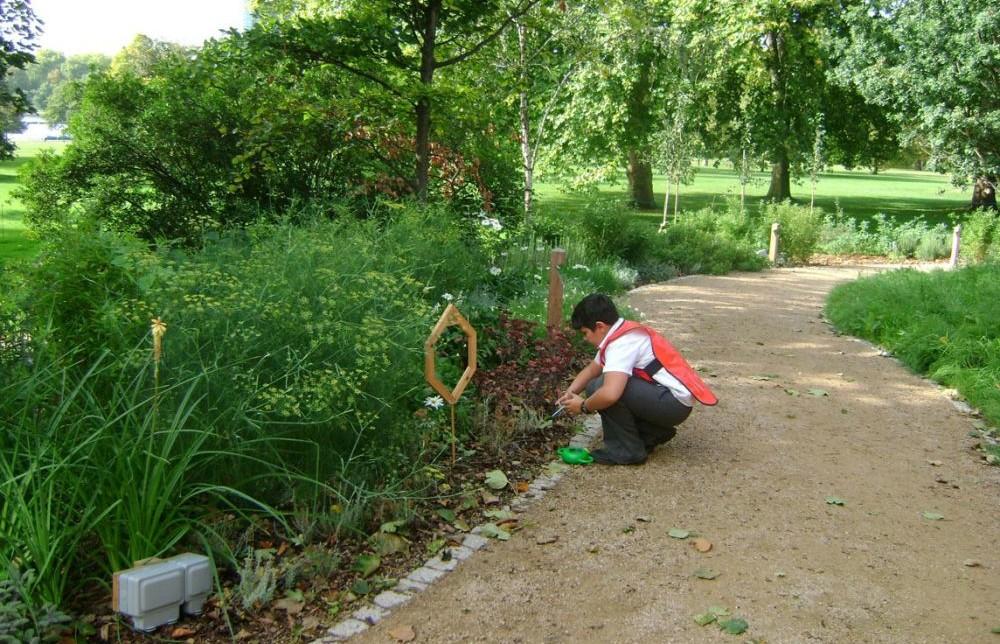 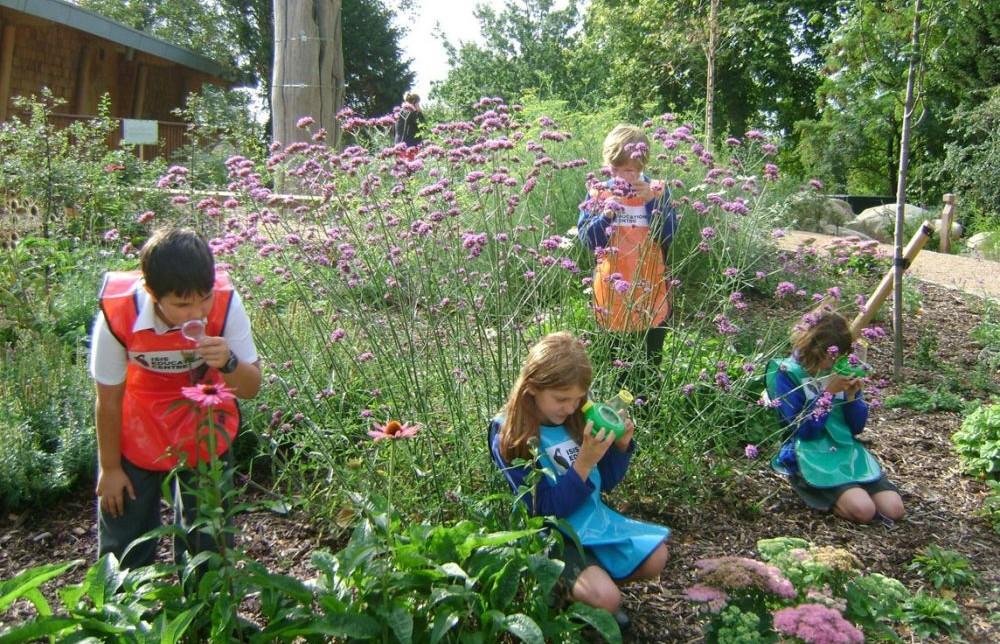 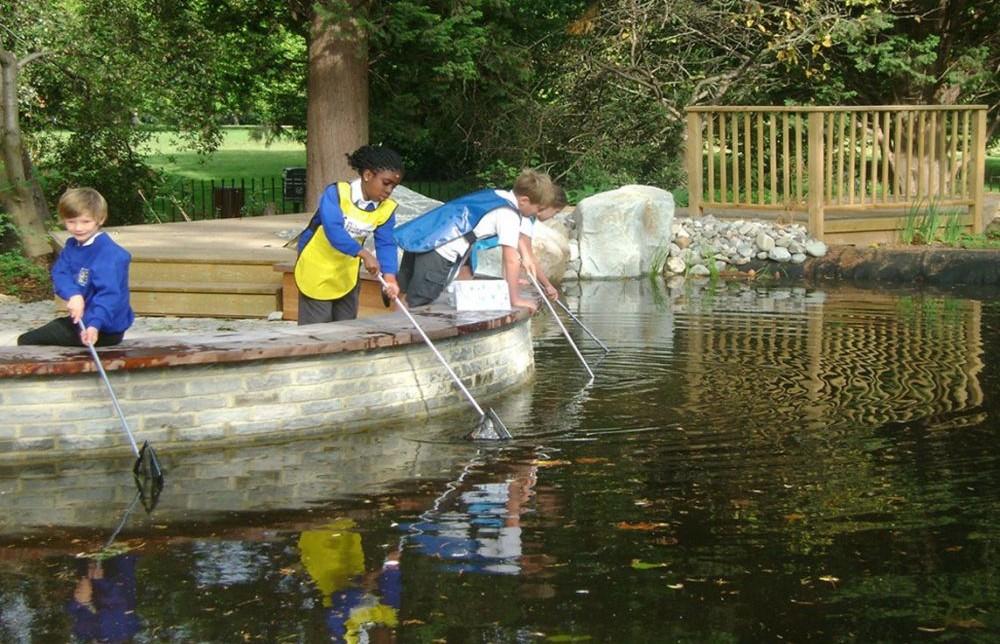 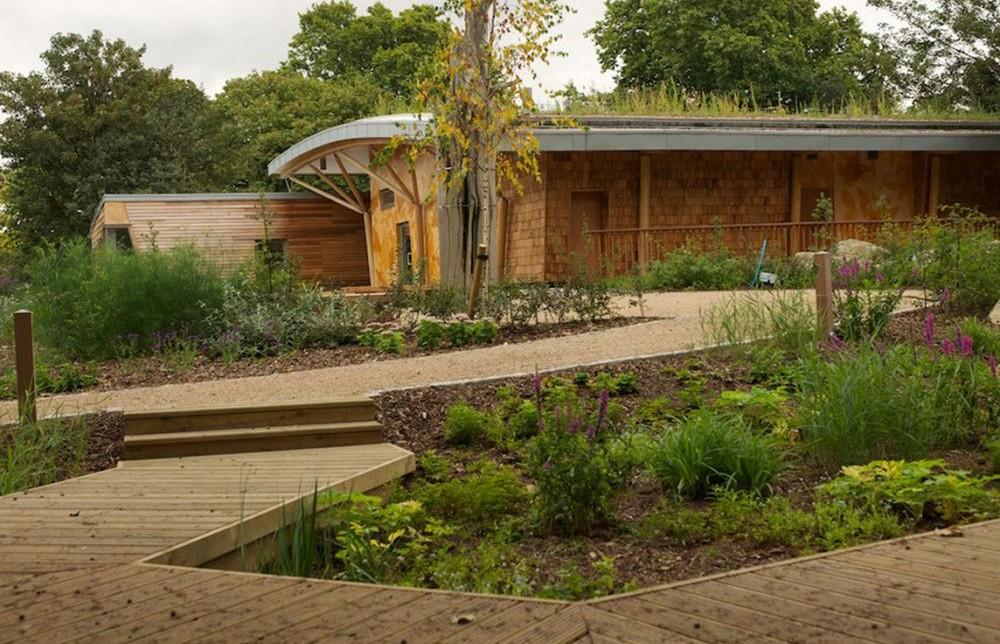 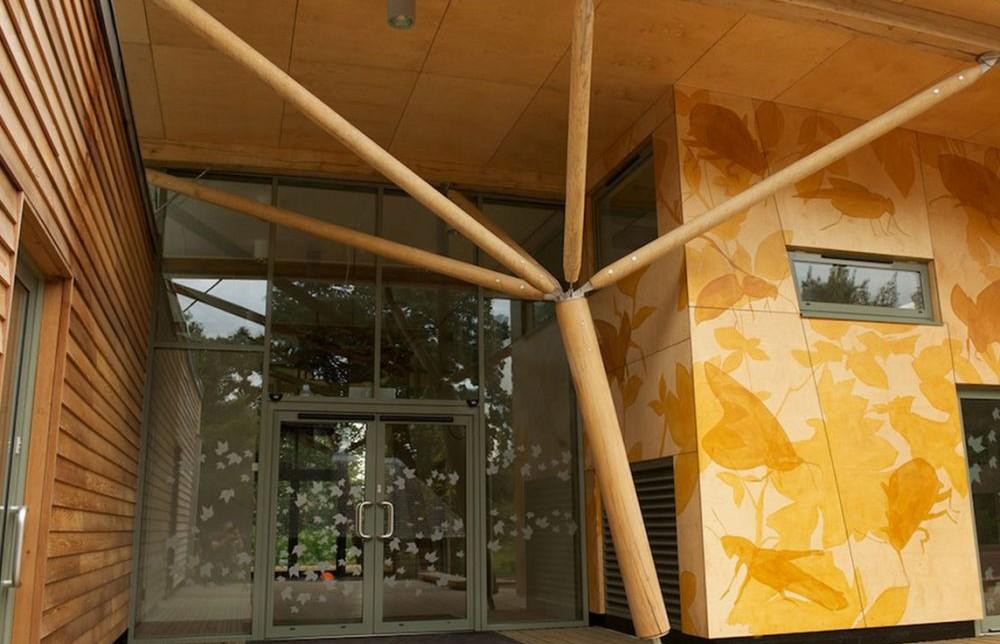 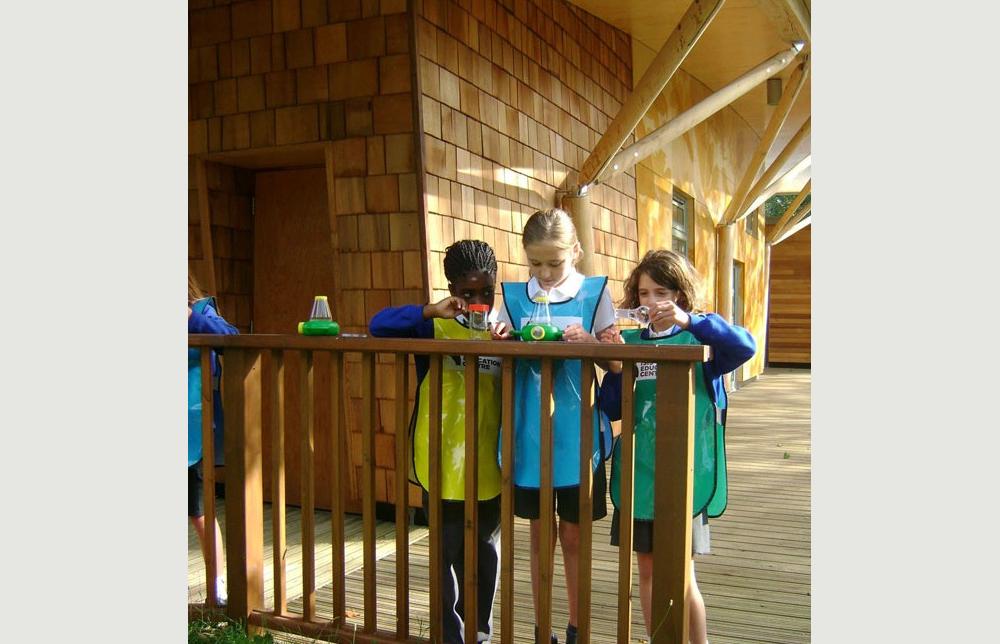 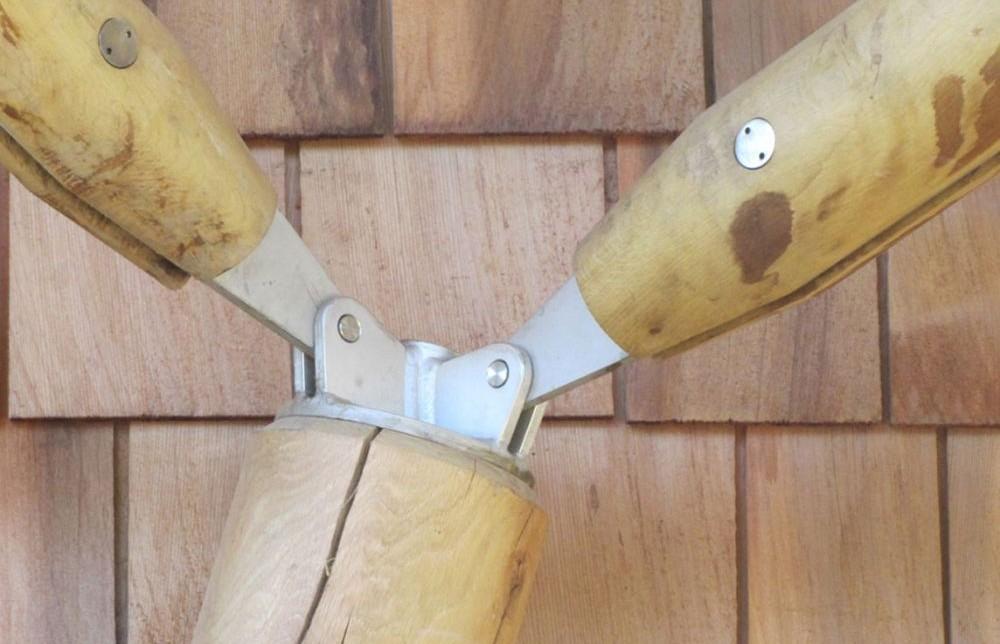 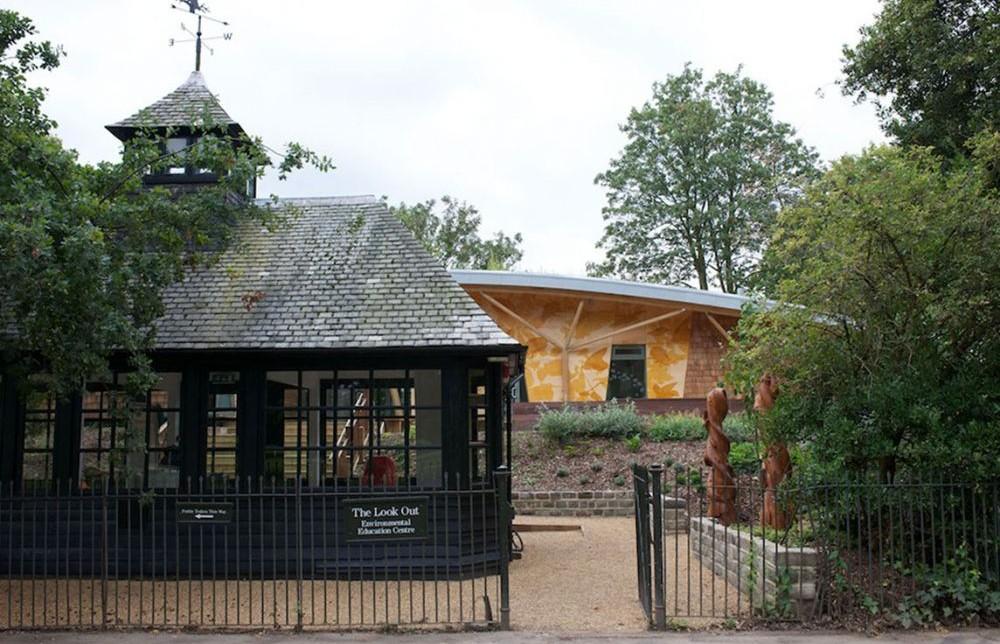 The Isis Education Centre at The Lookout is a new centre for the ecological and environmental education of children. Comprising a fully integrated landscape and building design, it is located upon an original Victorian reservoir in the heart of Londons Hyde Park. Using state of the art technology combined with a rich and interactive natural environment the new centre enables The Royal Parks and Royal Parks Foundation to engage 2000 children on site each year.

On site the police Look Out building from where the centres name originated is retained as a meeting room called The Gatehouse. The new education centre replaces converted police dog kennels, which were too small and the wrong shape for effective teaching. The isolated classrooms lacked facilities to prepare for teaching and posed a concern in lone working. The buildings had to be closed during winter as they were unsuitable for use in cold and wet weather.

The aim for this project was to create a new environmental education centre that would become a landmark, whilst blending into the Grade I listed landscape in the heart of a Royal Park. The Royal Parks requirements were to provide year-round safe facilities, built to the highest environmental standards.

Previously up to 1000 school children from 25 different schools visited The LookOut site each year. The space proved useful during the development of the childrens education programmes but provided no scope for increasing the service for older children or adults and the facilities were consistently raised as an urgent area for improvement.

The project brief specifically indicated that the community will be involved at all stages of the design, in order to create ownership and protectiveness of the project. User meetings and consultations with key stakeholders, including children from three schools, were carried out to establish the suitability of the proposal and to develop an effective layout for the building and site.

Fundraising
The capital programme was funded through an innovative campaign led by the Royal Parks Foundation and centred on a new bronze sculpture, Isis. 1,000 plaques were available for dedication at 1,000 each to raise 1million towards construction costs. Such is the beauty and sustainable reputation of the building, that the Foundation secured a further 1million from corporate partner Halcyon Gallery towards the first three years education programme.

Design Concept
A main challenge in the design was to translate the notion of fun in the context of architecture. The built environment is more often a support for fun than fun in itself, although as argued by Dutch historian, cultural theorist and Professor Johan Huizinga 1872-1945, play, and especially the notion of fun, is a fundamental human function.

On a site with a high tree density, the concept of a tree house emerged early on. A key element was to produce a meaningful interpretation of a tree house on a site that, although surrounded by trees, was sparse with a concrete surface. The concept focused, especially viewing the tree as an archetype of the learning experience. The resulting design structure is akin to tree trunks and branches, with the roof as their canopy.

From a brief developed with Dr Nigel Reeve, Head of Ecology for The Royal Parks, Westminster City Councils aspiration to enhance the appearance of tree cover in the park was achieved, despite the 400sqm building. The brown roof and timber cladding blends the building into the landscape. Materials were used that could be found in a natural environment. Warmcel insulation made from recycled newspaper and orientated strand board panels made from glued-together chips of wood waste are examples which demonstrate the way in which trees are integrated into the building.

The tree house concept continues inside: offices and classrooms are set around a central foyer where the structural trees made from green oak timber poles are the main feature; pixelated ceilings in the classrooms are inspired by the view of the sky through the branches and leaves of a tree. Classrooms on one side of the courtyard open out onto wildlife gardens for practical lessons.

The notion of the building as an interpretation of a tree offers a challenge for children. The tree-like structure creates a paradox between the familiar and unfamiliar stimulating curiosity. The robust and rustic materials make it attractive yet comfortable enough to touch and interact with.

Energy requirements are minimised through good insulation, orientation to avoid solar overheating, natural ventilation flows and allowing natural daylight into the building. Water capture and storage is used to flush WCs. The design is resilient to climate change by allowing for renewable energy add-ons including solar panels for energy and a potential biomass boiler.

The Victorian reservoir, upon which the site sits, is brought back into use to help conserve the water needed to irrigate the Park. As well as enhancing the natural environment the site is now accessible and encourages interaction with the building and surrounding plants and wildlife.

The Centre Today
The Isis Education Centre is greener and more integrated into the landscape than before, even when viewed from above. Moreover, it has brought back the previously closed area of the storage yard into public use on a site that is reported to have the cleanest air in Central London.

Separate offices provided side-by-side for the Education Team, Volunteers and Foundation Offices, plus a meeting room, offer flexibility. The entrance canopy can be extended with temporary structures for weather-dependent outdoor events. Another community room is provided in the refitted Gatehouse.

Inspired by the trees, to sit amongst the trees, the Isis Education Centre fulfils the brief in every way. We asked for light and space, as well as fun and sustainability, and David Morley Architects translated that vision perfectly Sara Lom, CEO, Royal Parks Foundation

In the long-term, the building allows for thousands more children to visit the Park and learn about the natural world.

The Isis Education Centre is also available for private hire outside term-time. Fees charged help fund and sustain the education programme and subsidise places for pupils and schools who could not otherwise afford to use the venue. Donations and fees also support building maintenance and running costs.