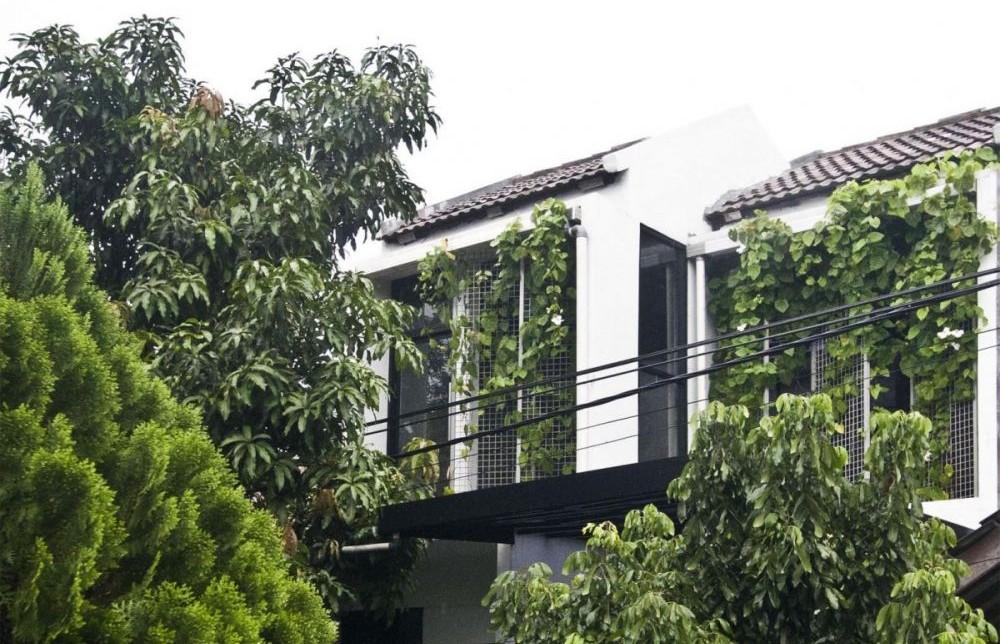 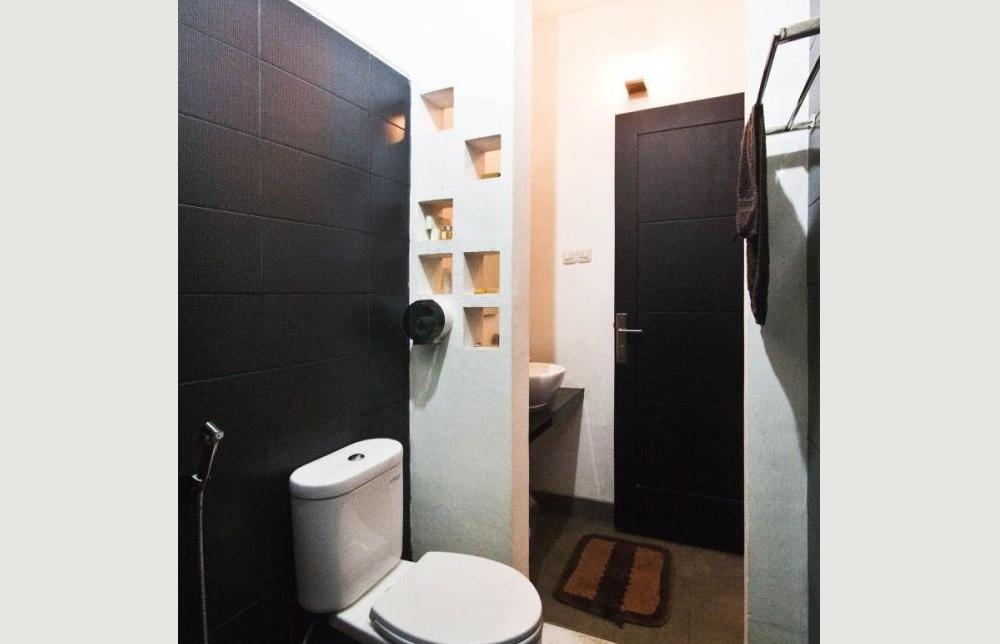 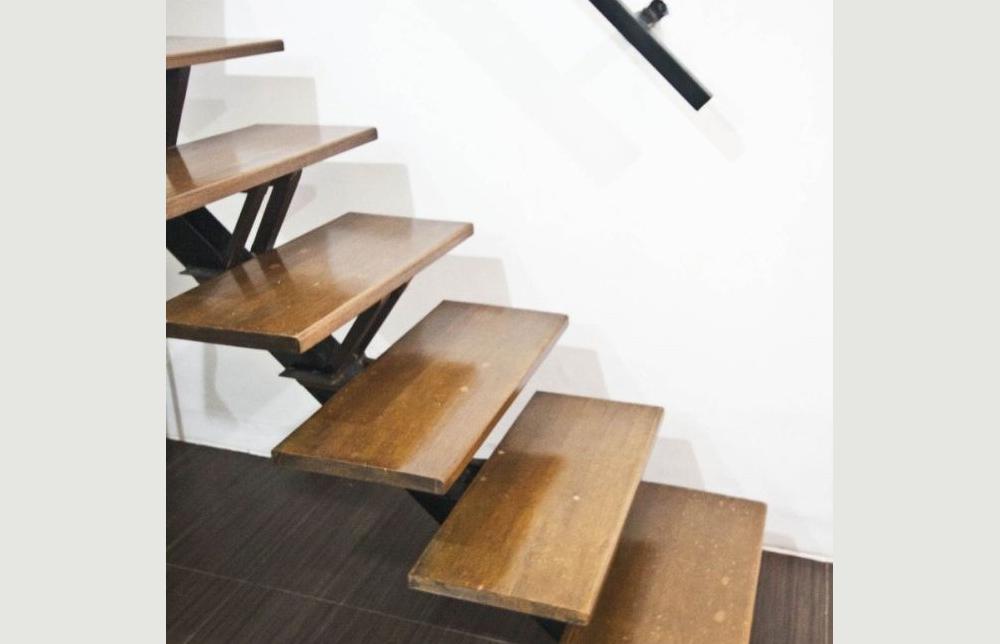 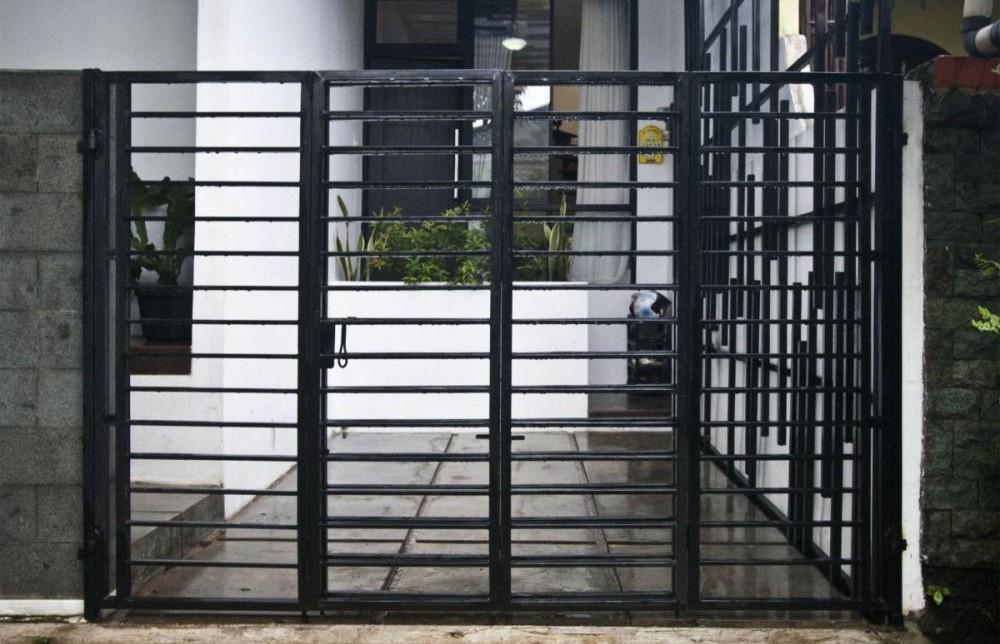 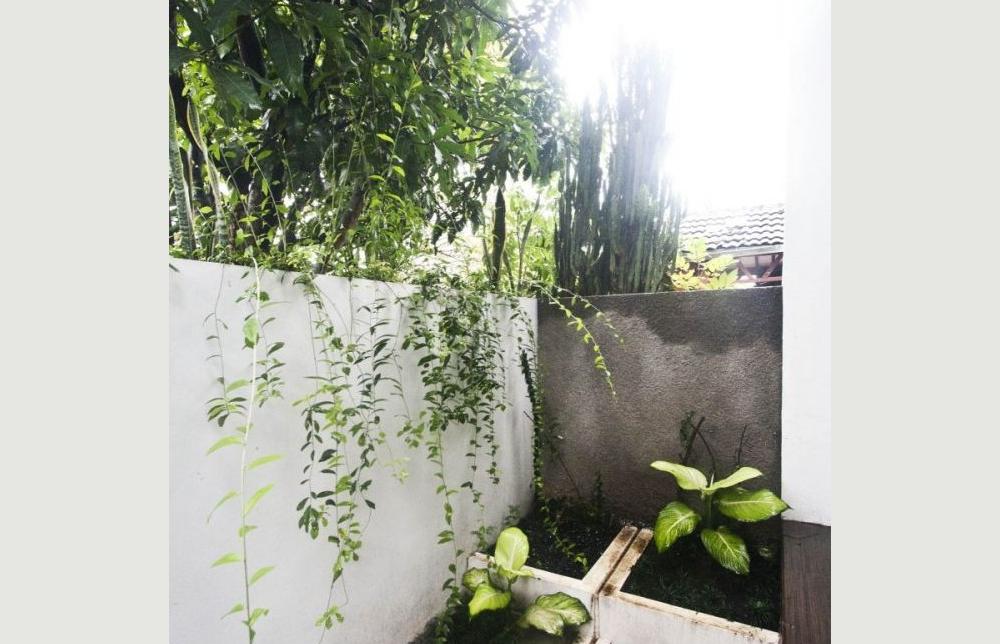 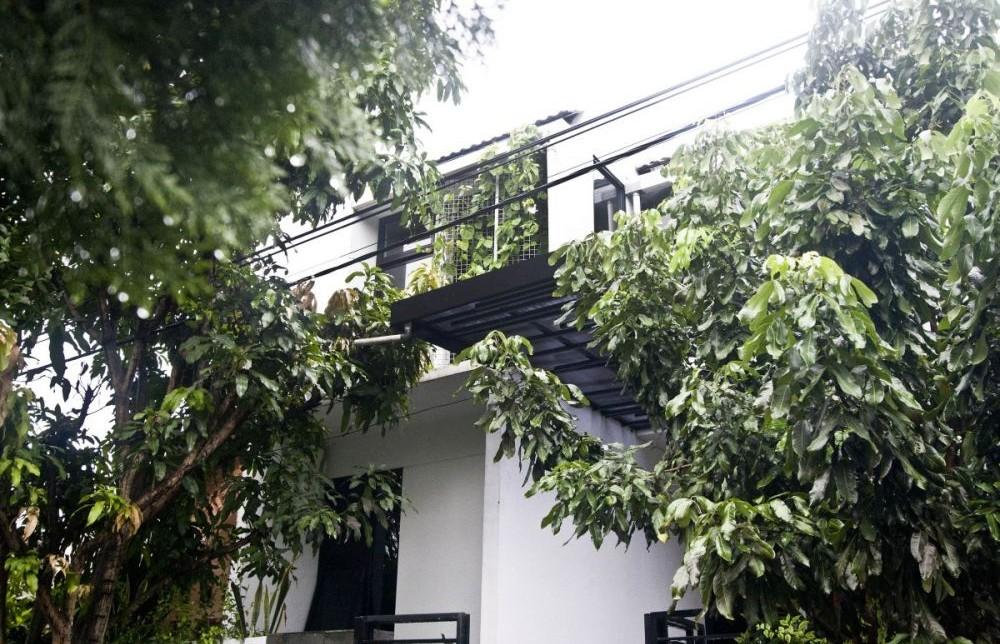 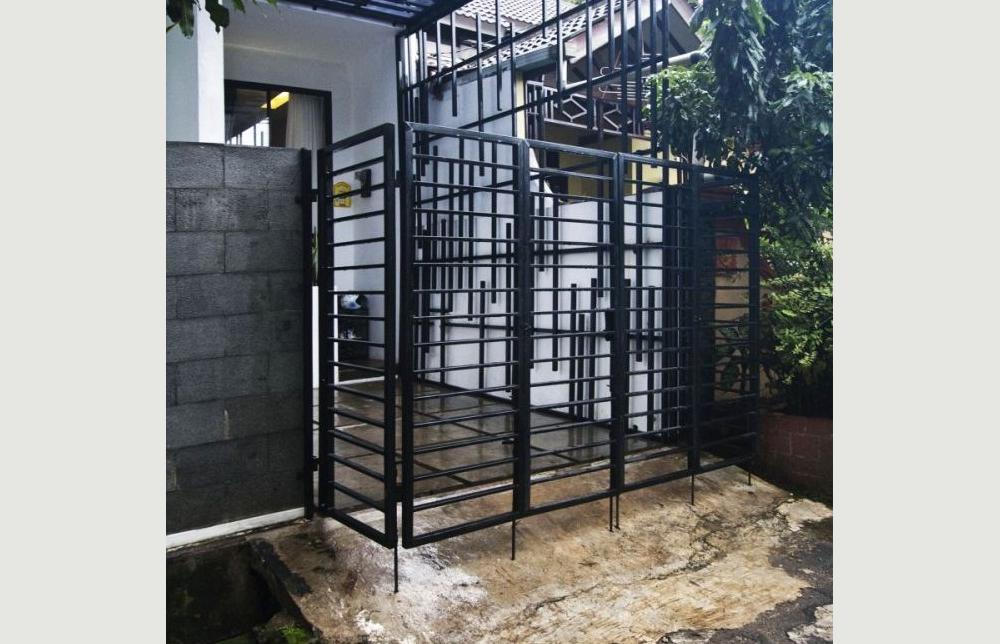 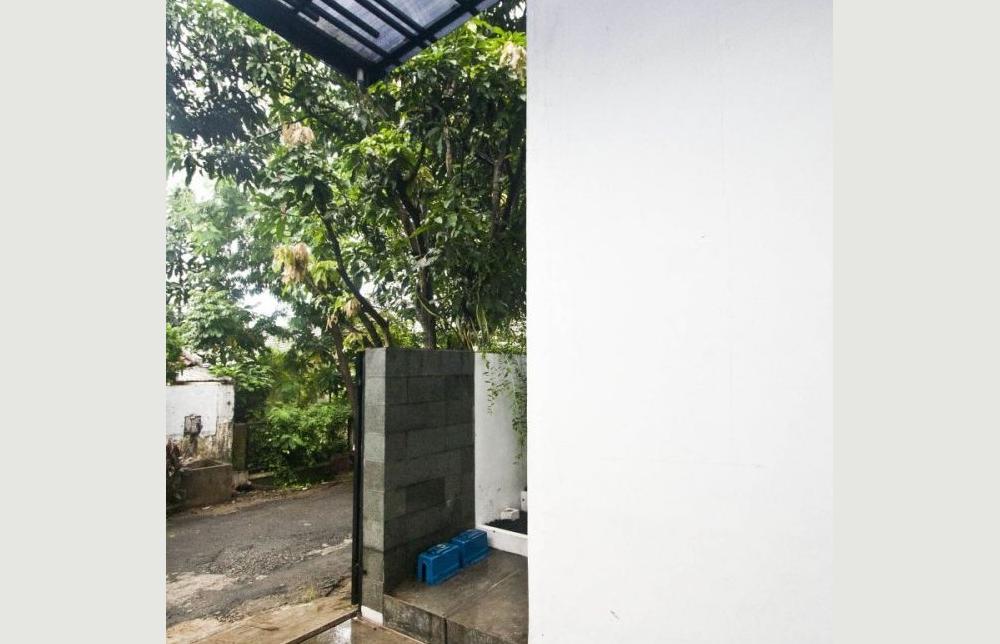 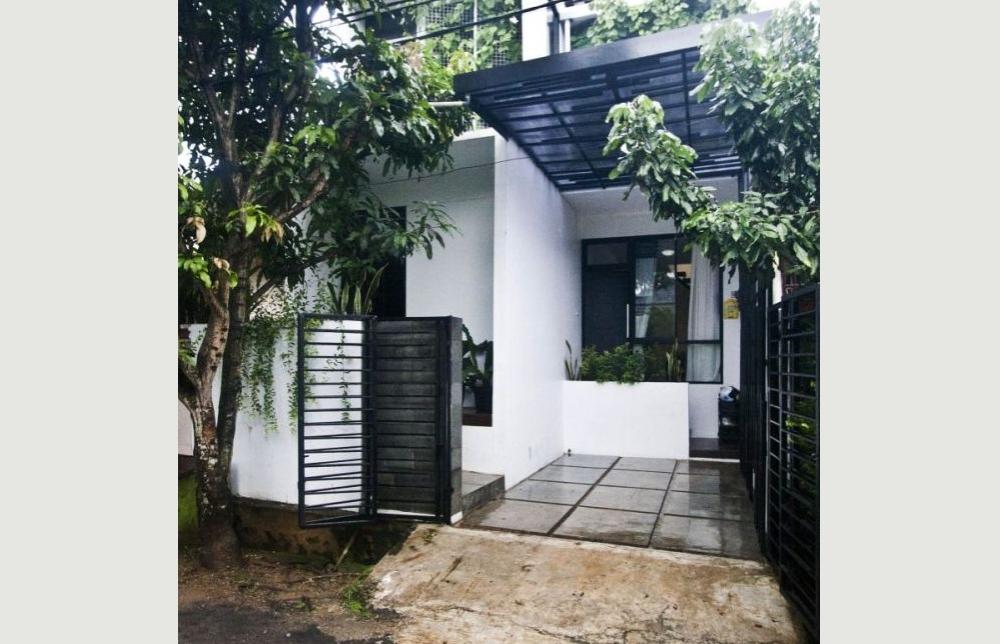 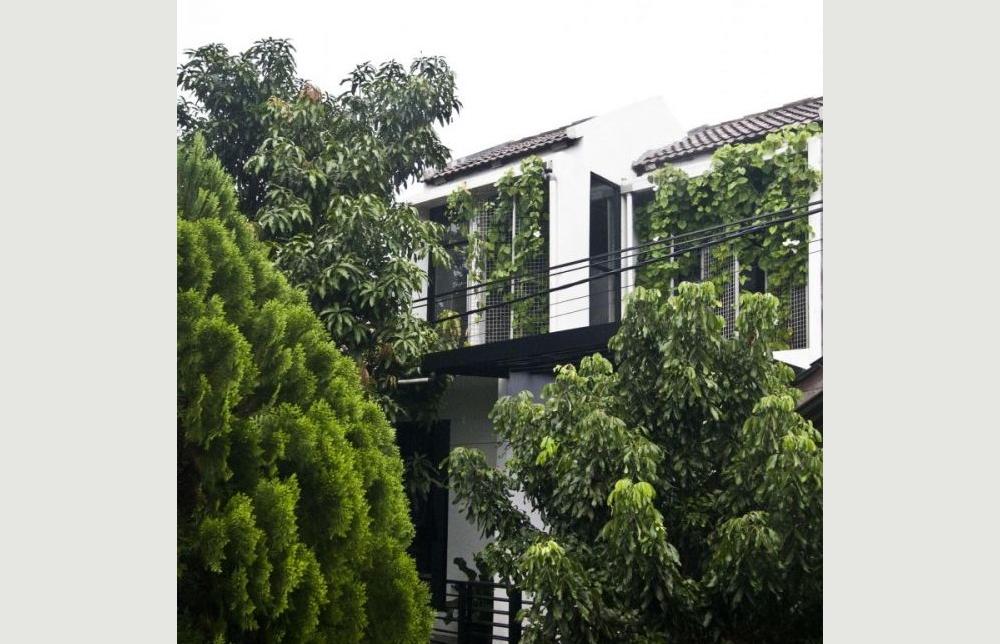 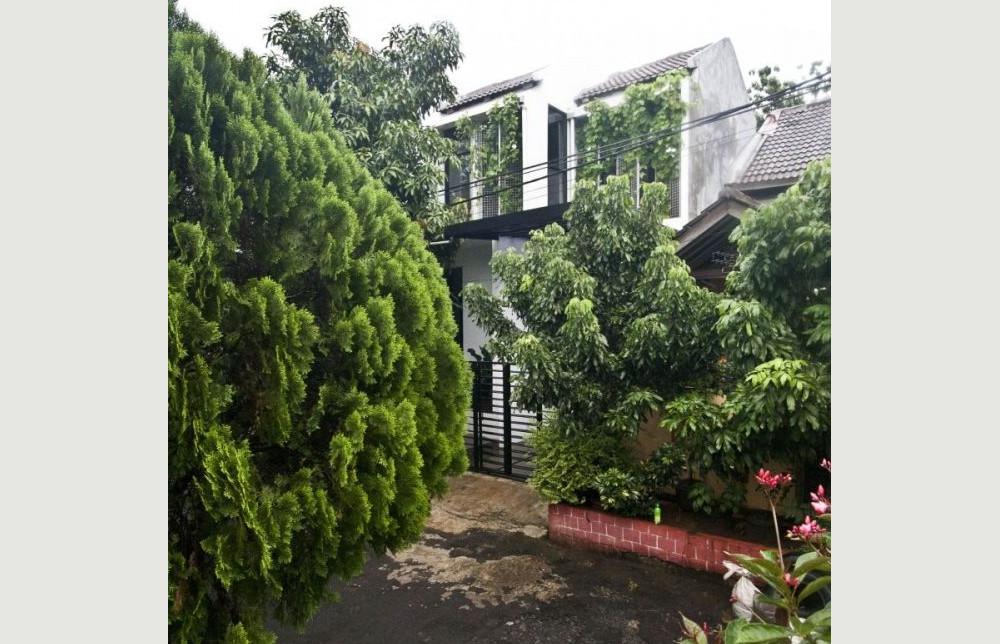 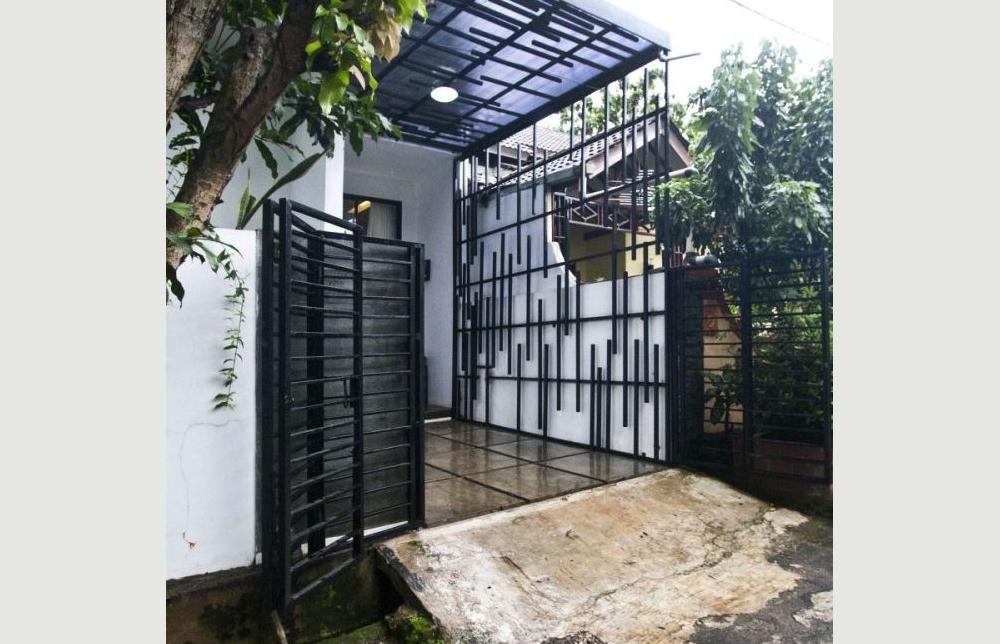 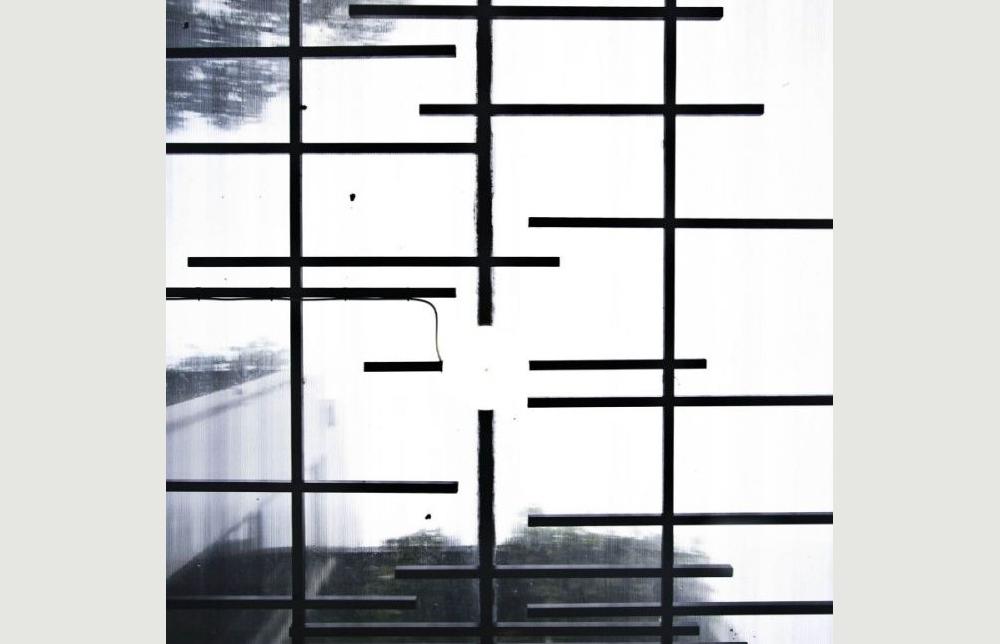 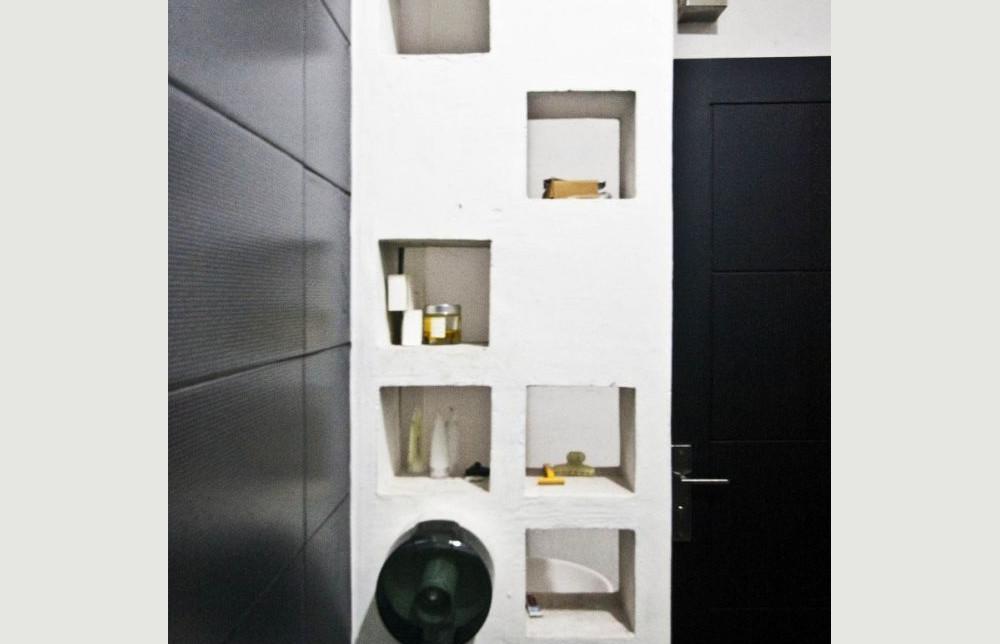 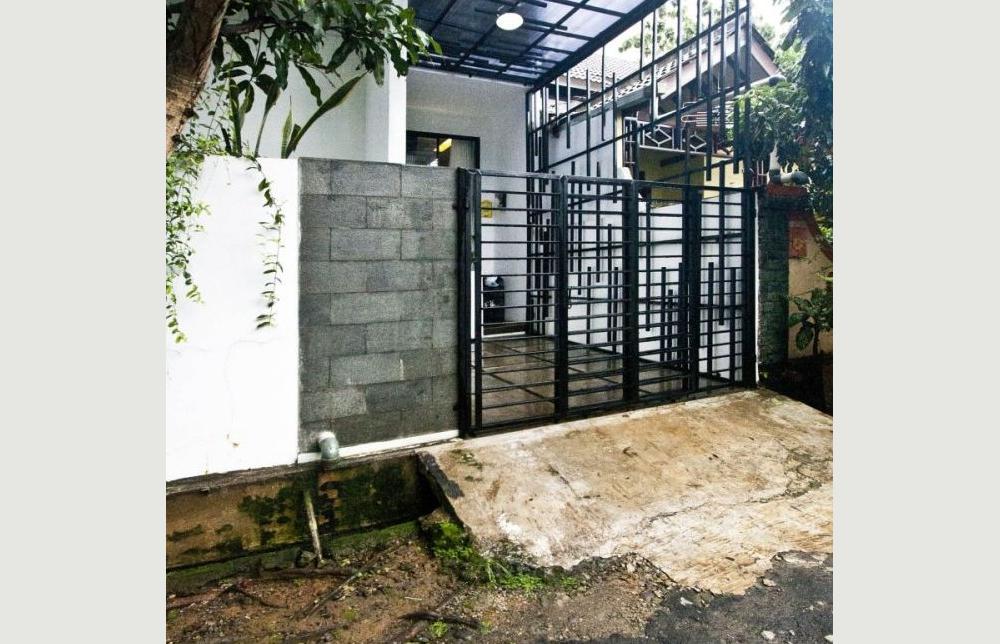 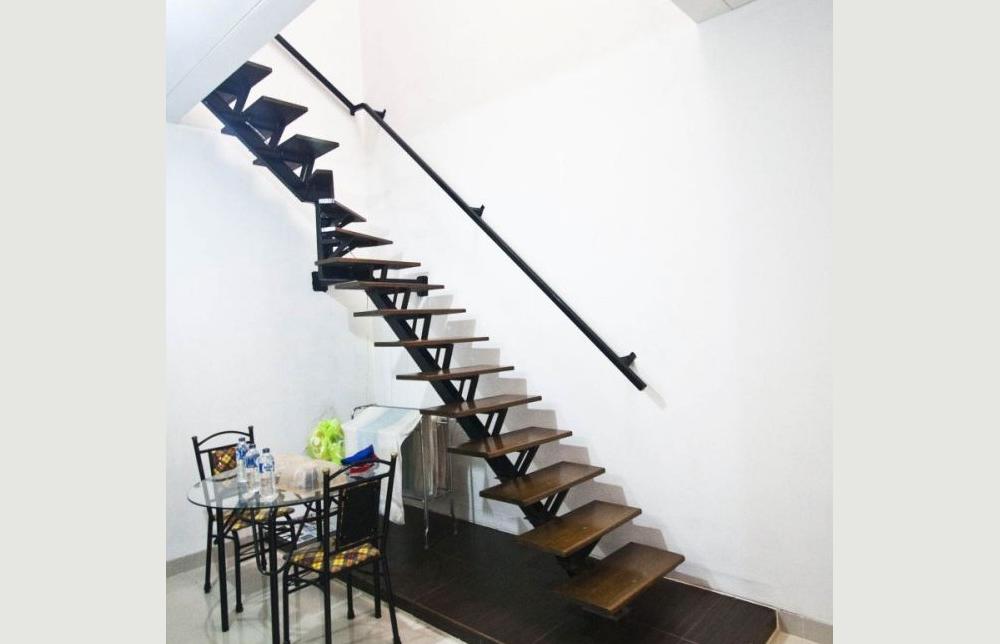 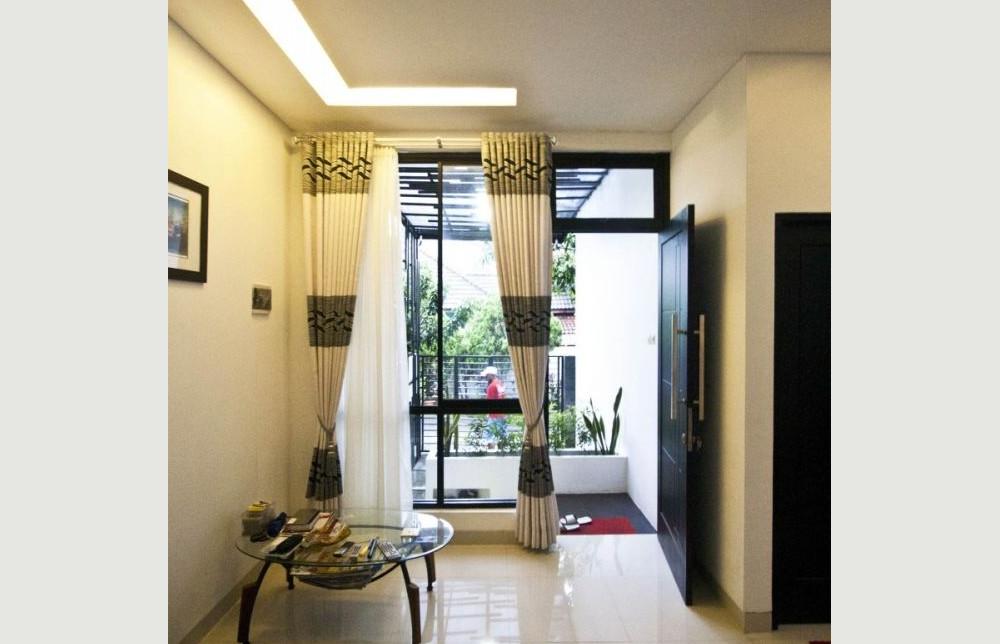 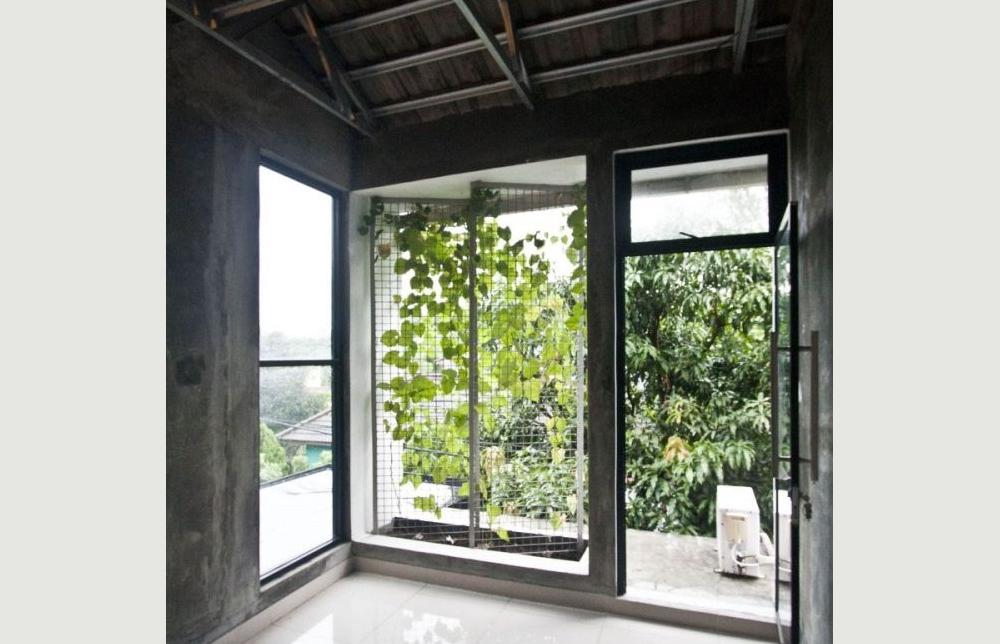 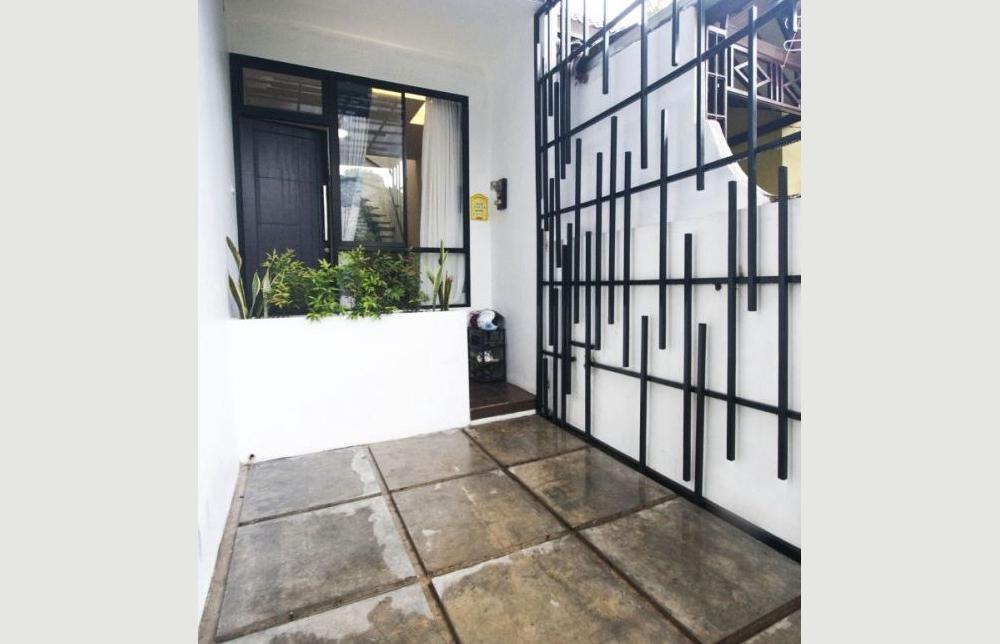 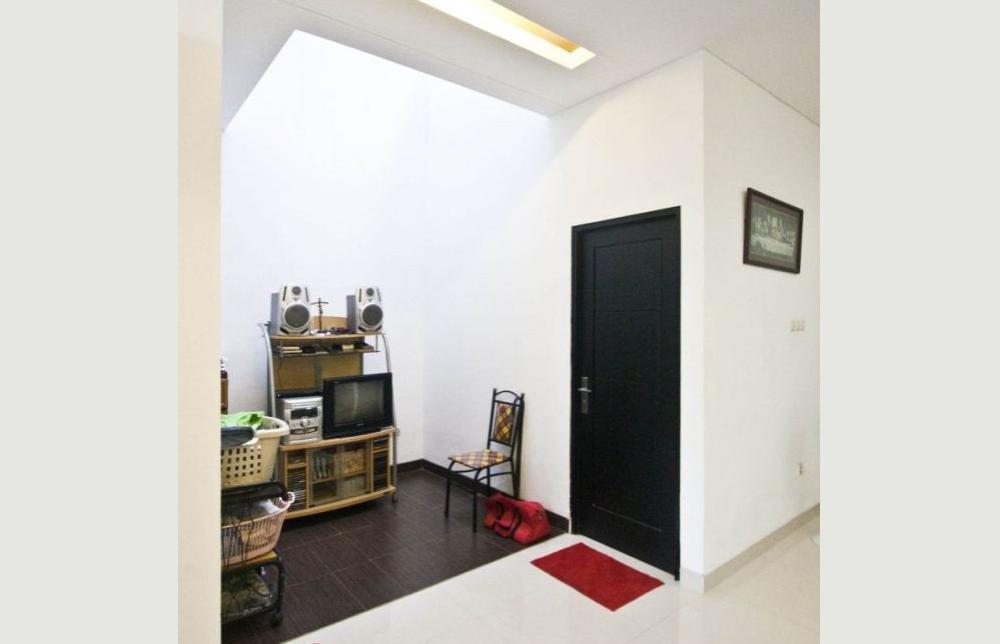 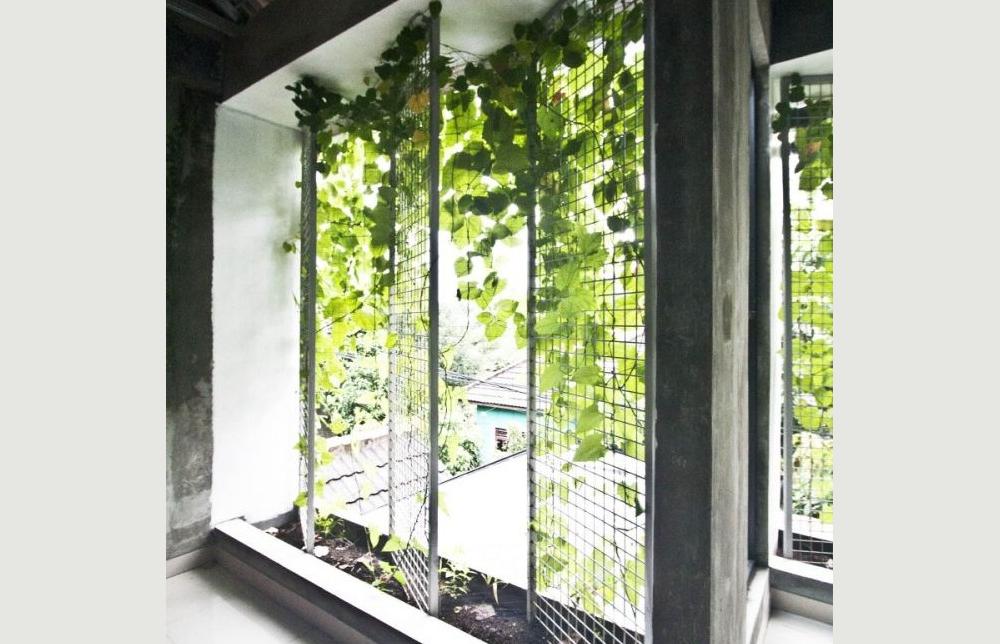 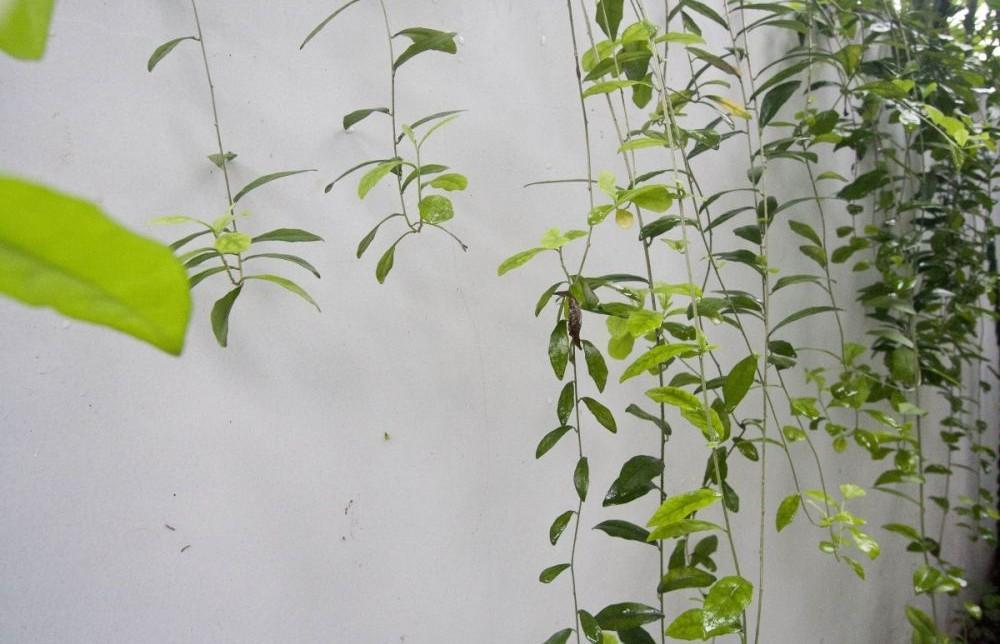 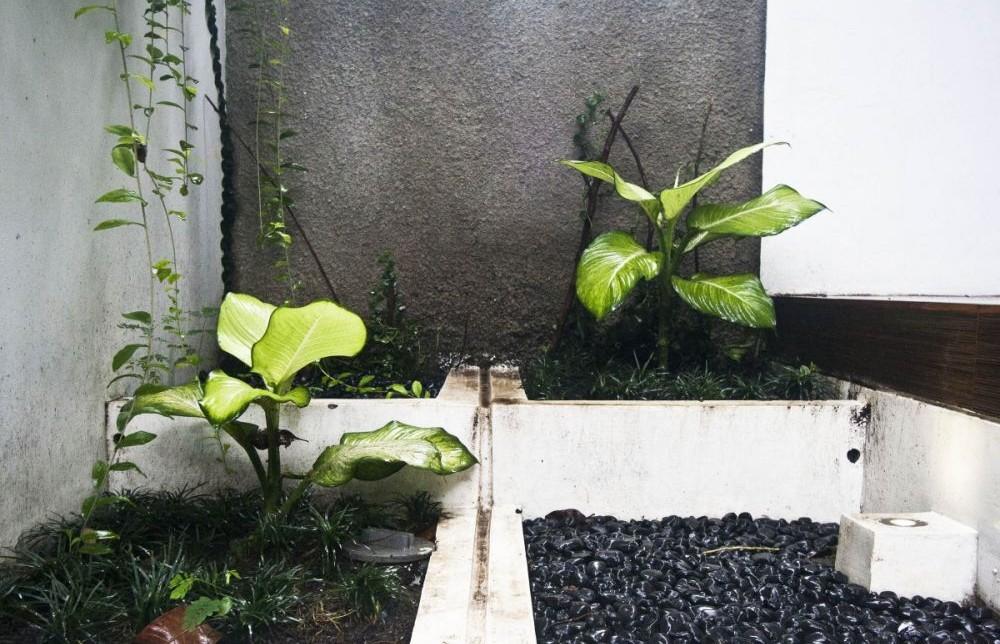 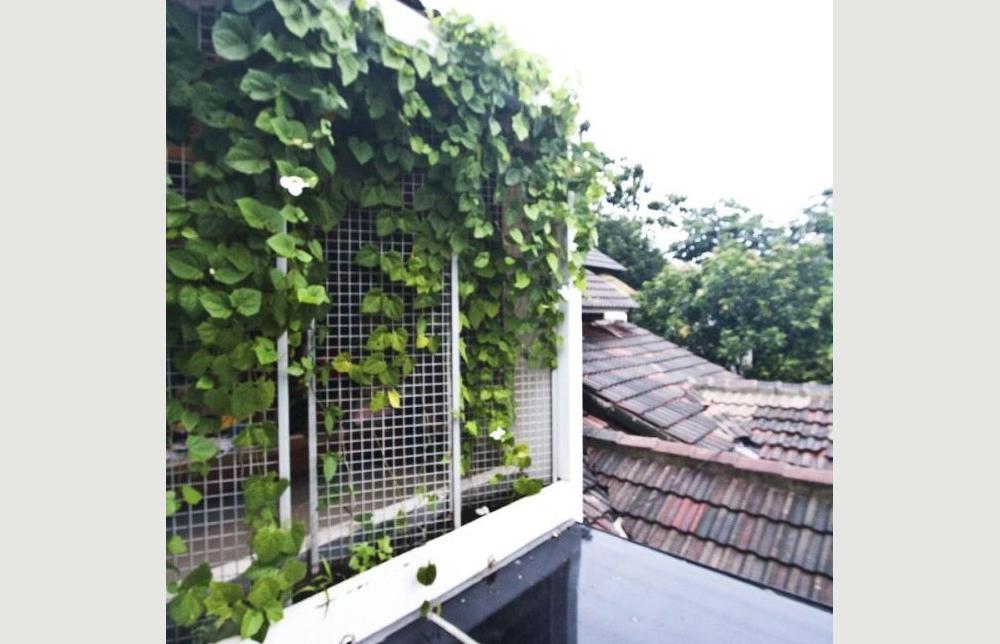 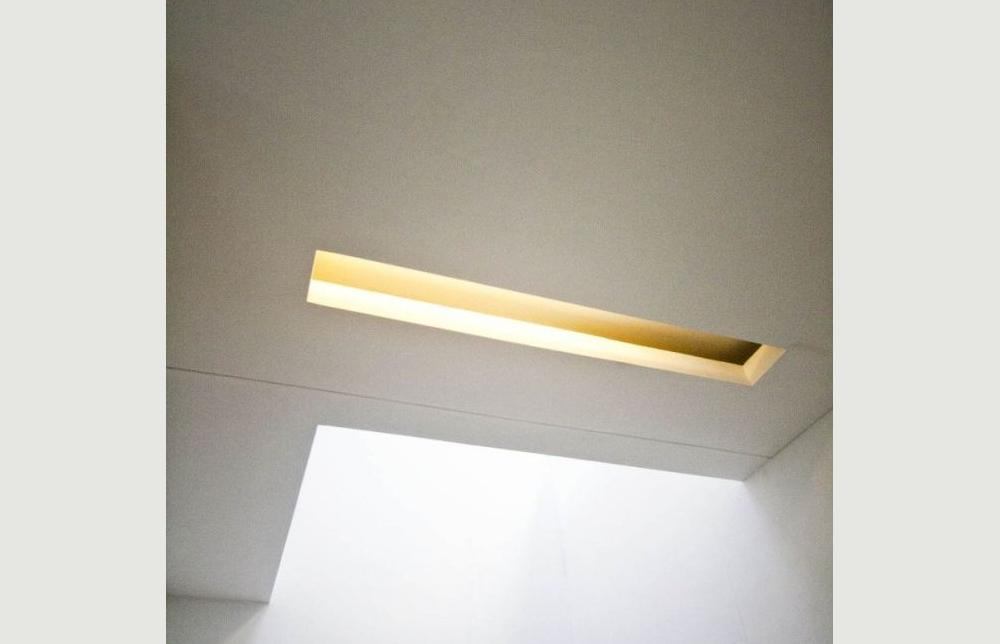 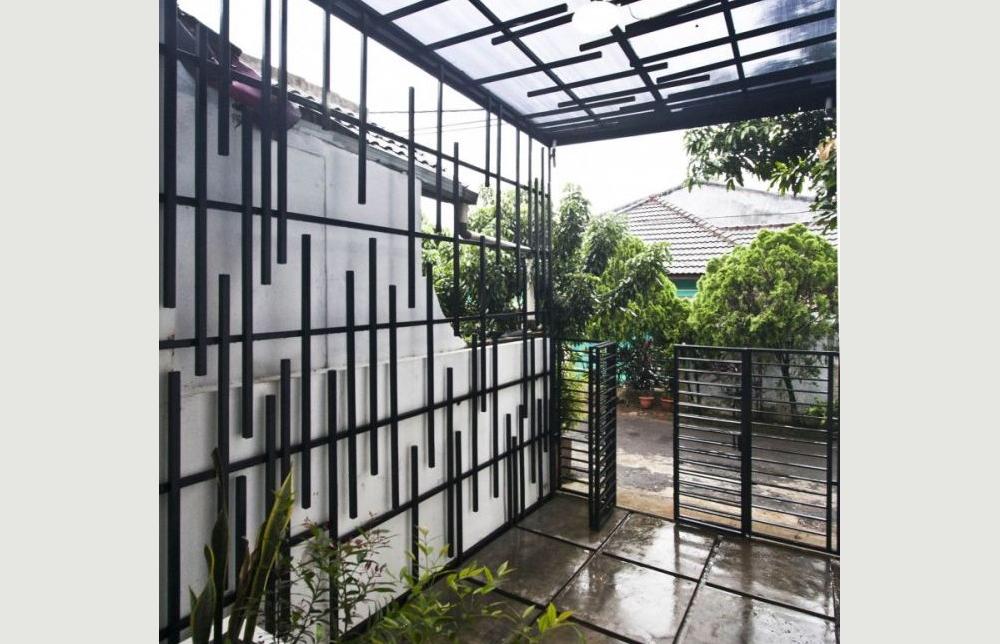 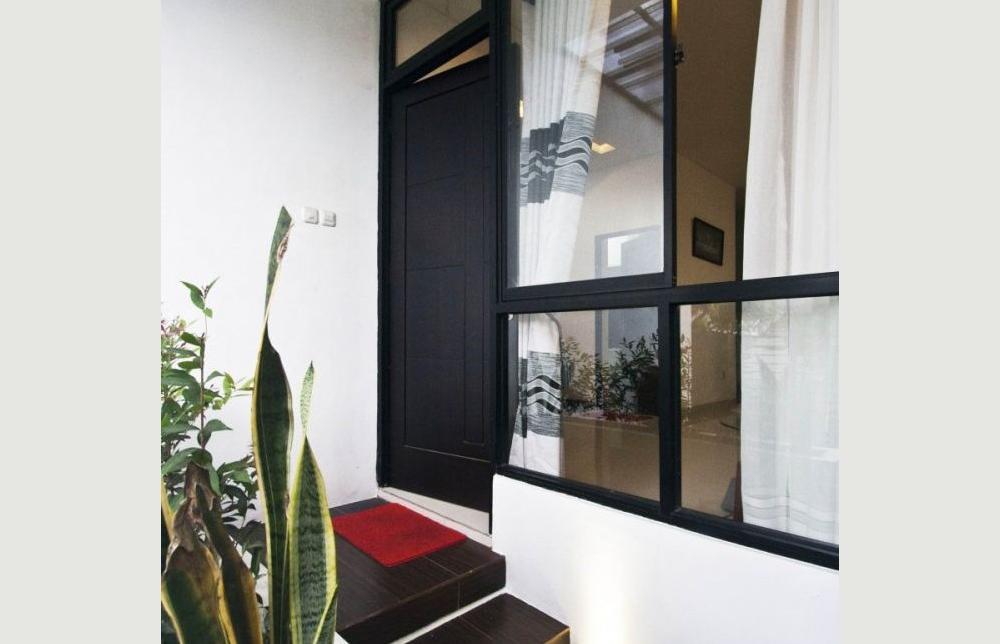 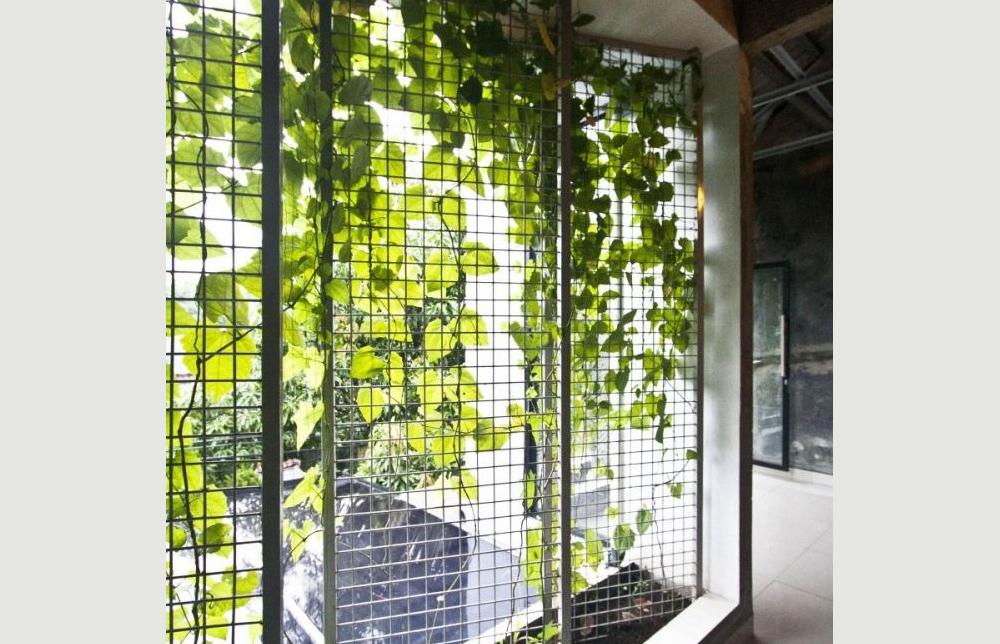 The Green Magazine is a concept of a green magazine home. Architects has this idea from finding out the philosophical profession of the client as an editor at a magazine company in Jakarta. Inspired by this, the architects built the facade shaped like a magazine sheet being opened as a symbolic about the magazine. The façade made from iron wiremesh covered with plant vines that served as a buffer from the western sun which facing directly at the front of the house. At the bottom of the house area, a small porch area optimized into a gathering area with stairs access made from stones and plants. The carport built a series of metal that brings a rain atmosphere feeling, so it gives the impression of a cold at the entrance access. The small house in this 75m2 land designed to optimize the existing budget, without many changes. In the carport fence area, it built with iron fence folding system that can be extended when the client wants to enter the car into the carport. This system will help to keep inside of the carport so it won’t reducing the space needed.