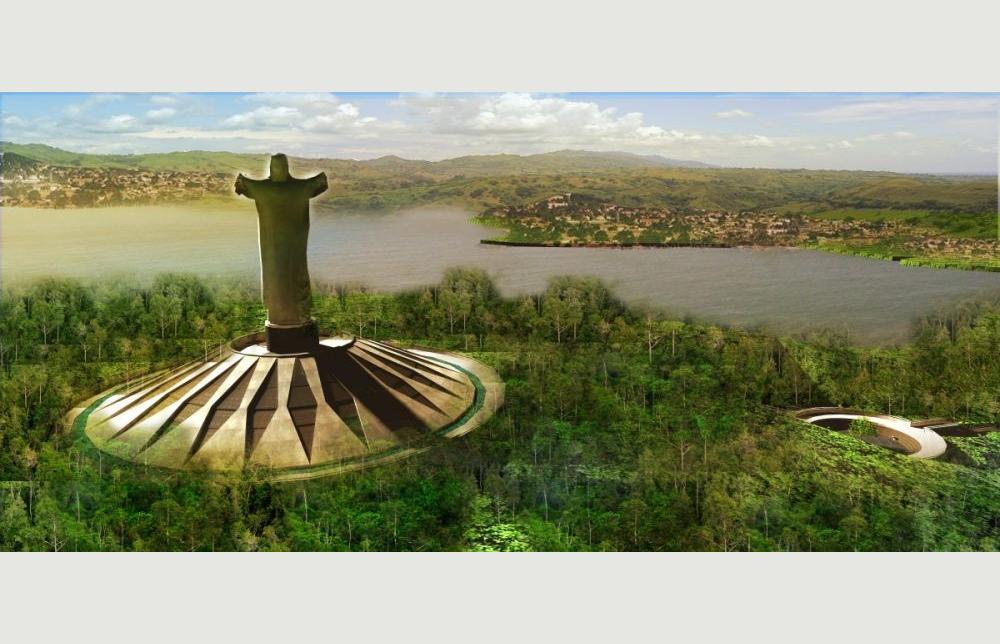 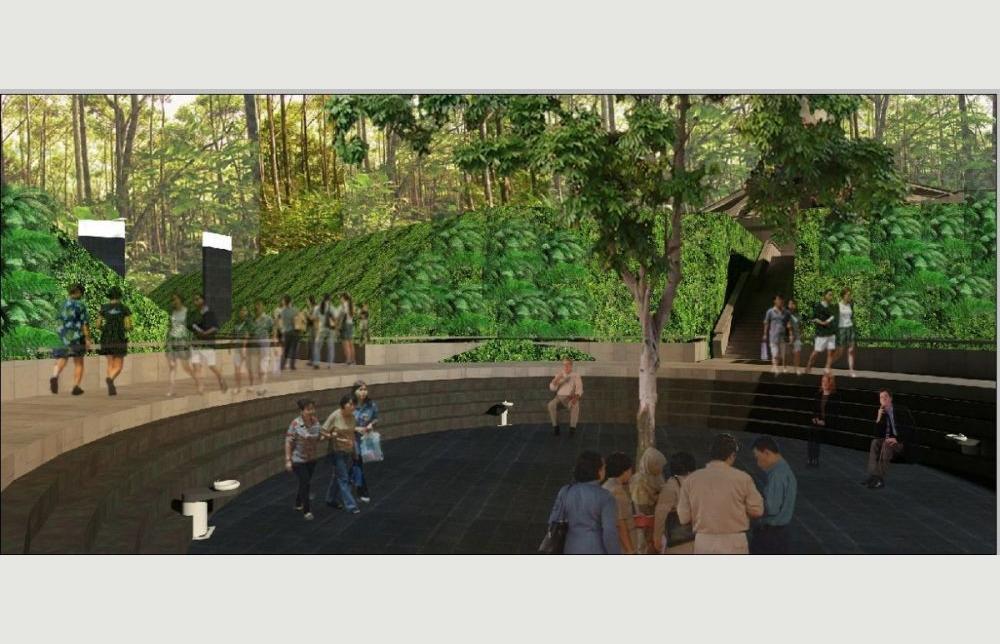 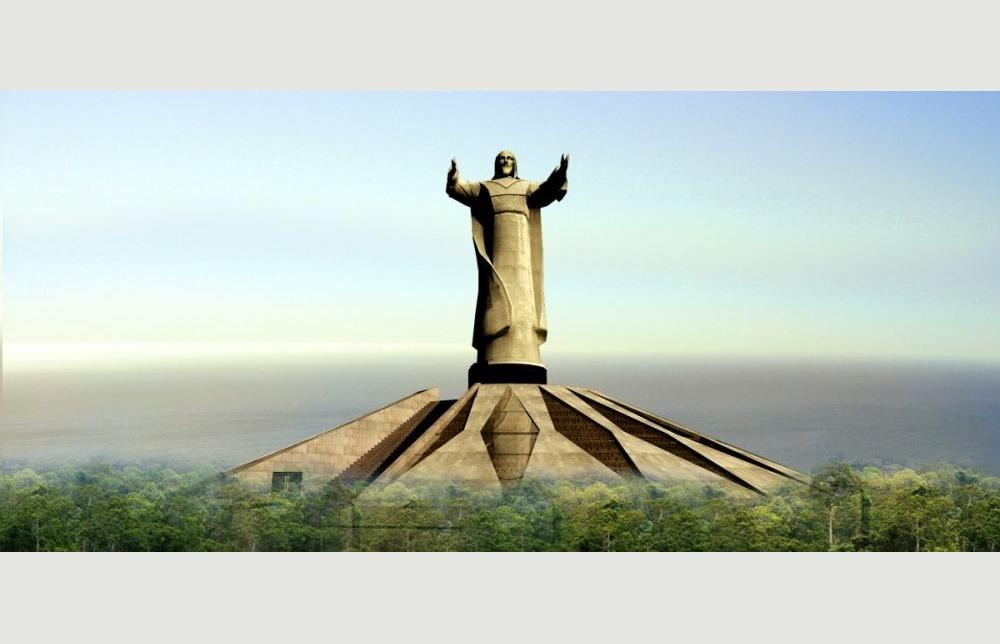 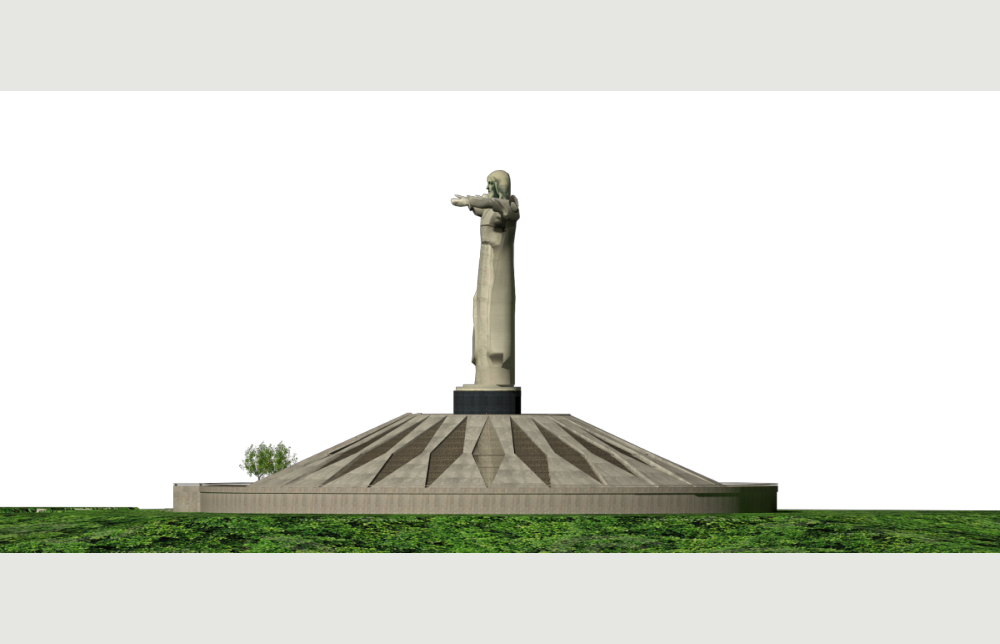 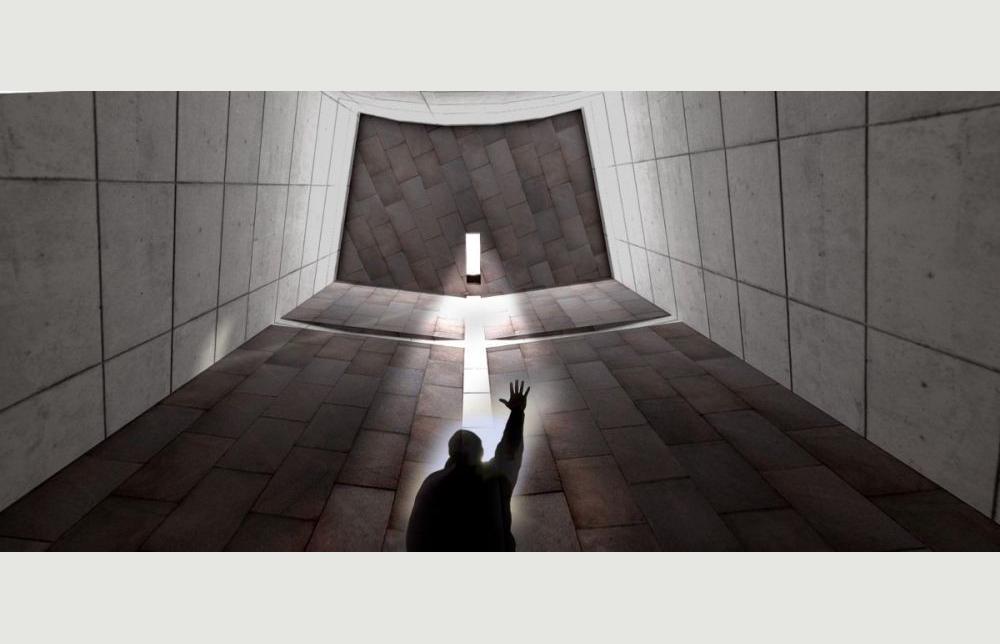 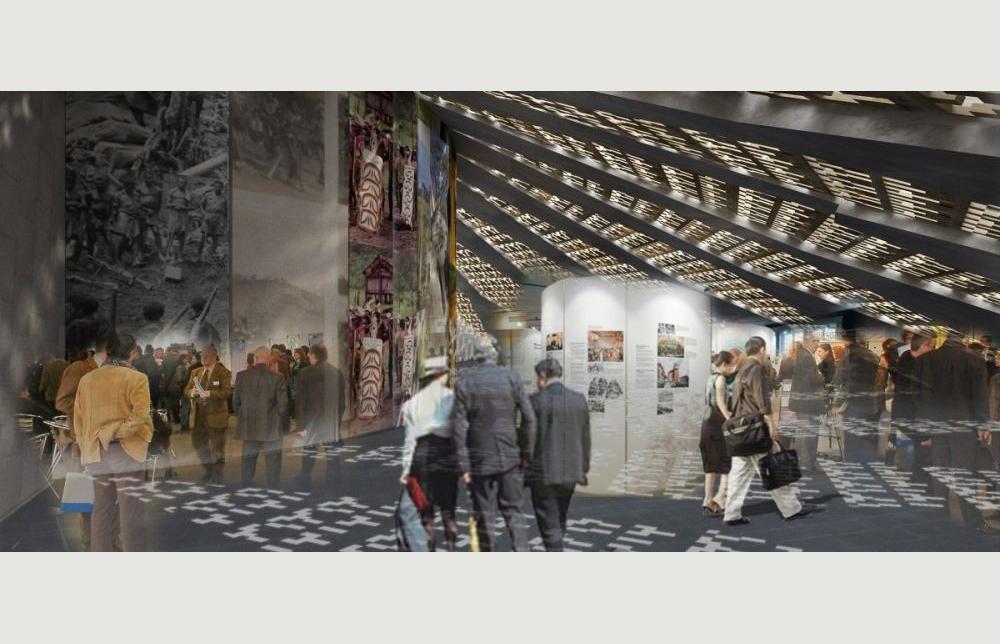 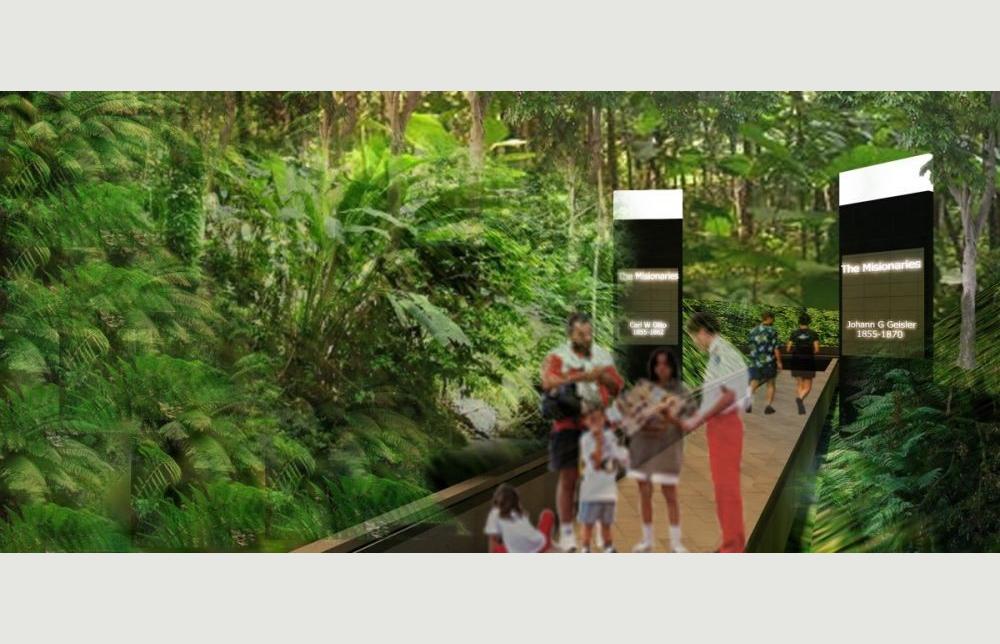 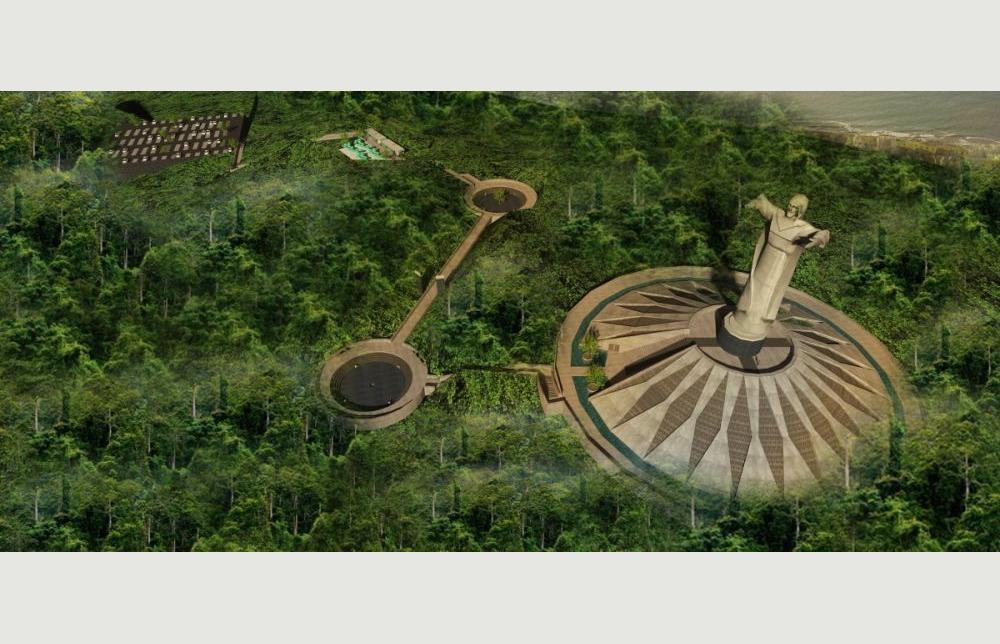 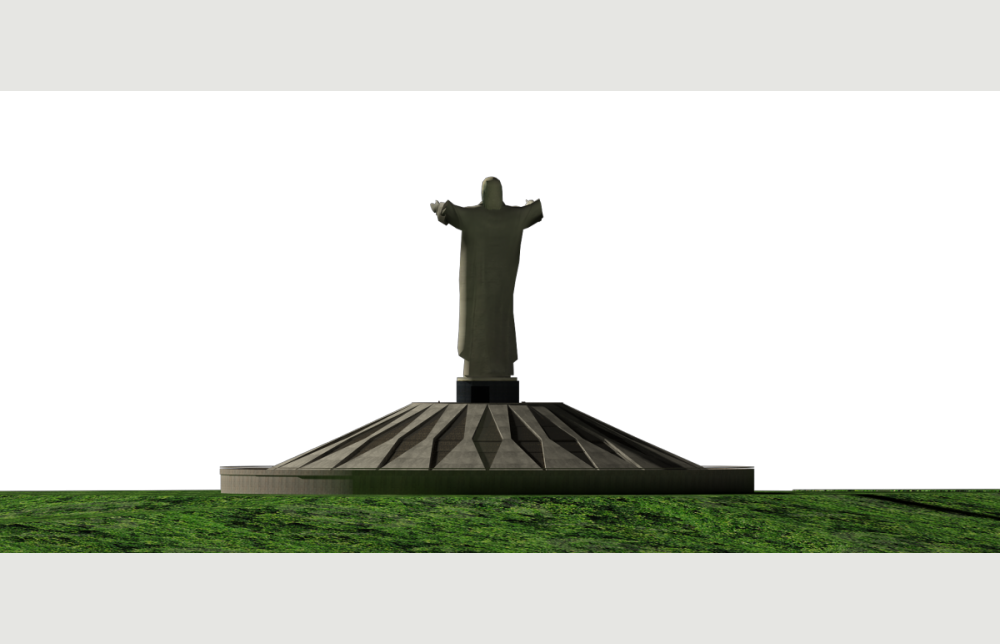 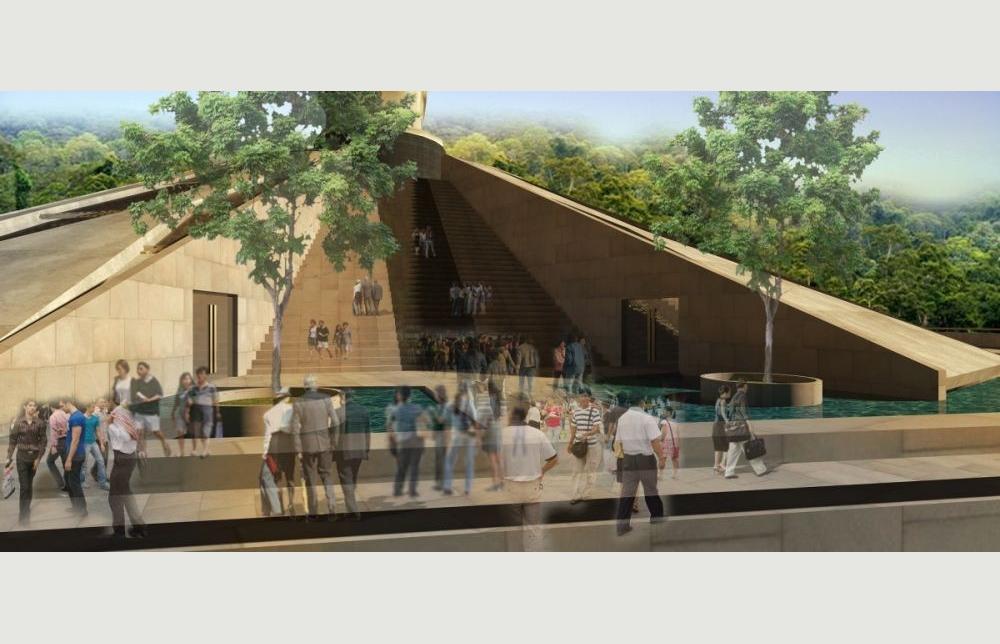 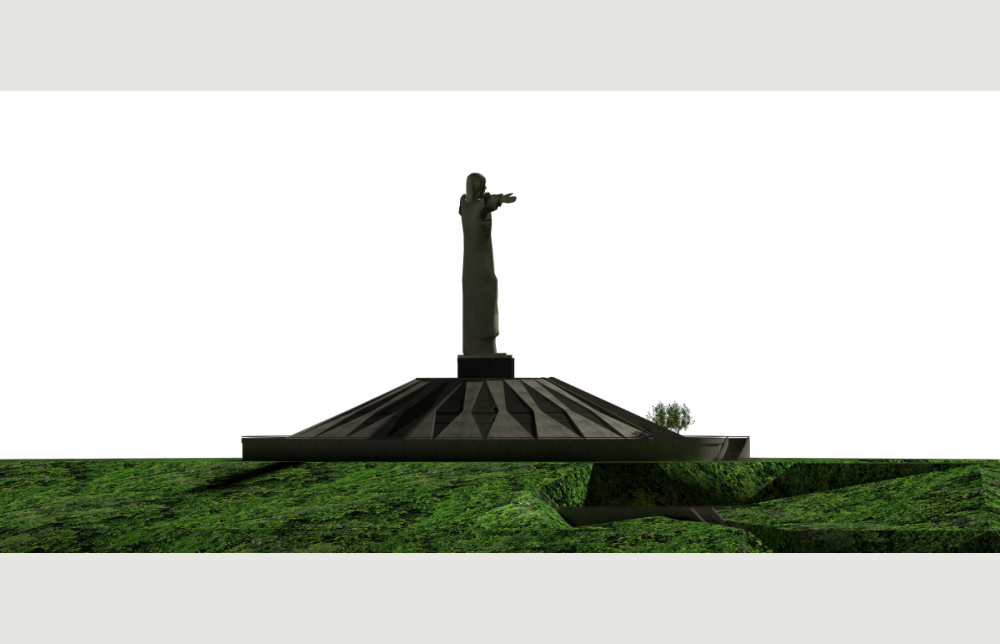 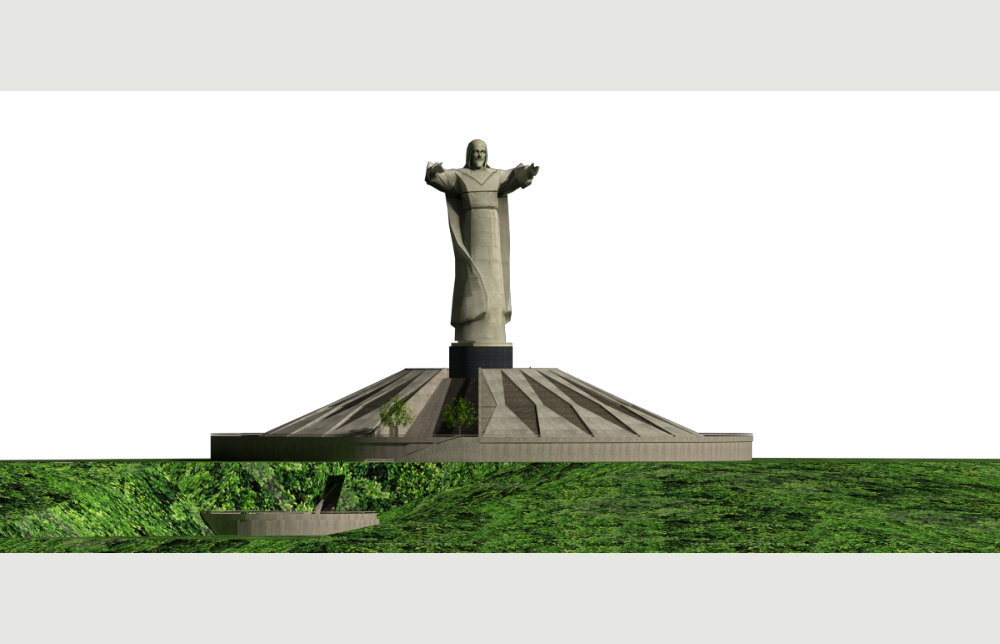 Starting from exploring the culture as well as religious communities of Jayapura, architects combine the function of the building as a spiritual tourism in Papua. With main massing taken from the roof of Papua’s traditional house, the architects creates spaces of the cone shape so it becomes a unique and different spiritual experience. Divided into seven stages of spiritual tourism, the Oasis Deck 1 for a resting area, misionaries bridge is a bridge carrying a reminder that Christianity first W Carl Johan Otto and Geisler, Oasis Deck 2, Jesus Statue is the highest peak of this building where tourists can see the sights around Papua, Hole of brood hall to contemplate our mistakes, Chamber of Pray the place to request prayers like the confessional booth at church, and museums area that tells about the history of religion and the creation of community in Papua. The building is covered by decorative elements taken from the basic shape of Papua musical instrument (Tifa) and Papua Dance (Yospan Dance) affixed with glass with a giant bouvenligh system so it will still has a good air circulation. Pond surrounding the building in addition to the air conditioning as well as a symbolic entry of the first Christianity in Papua by sea. Such shape of the Jesus Statue that looks like hugging, is a symbol of embracing the unified community life in Papua and the unity of cross regions life.