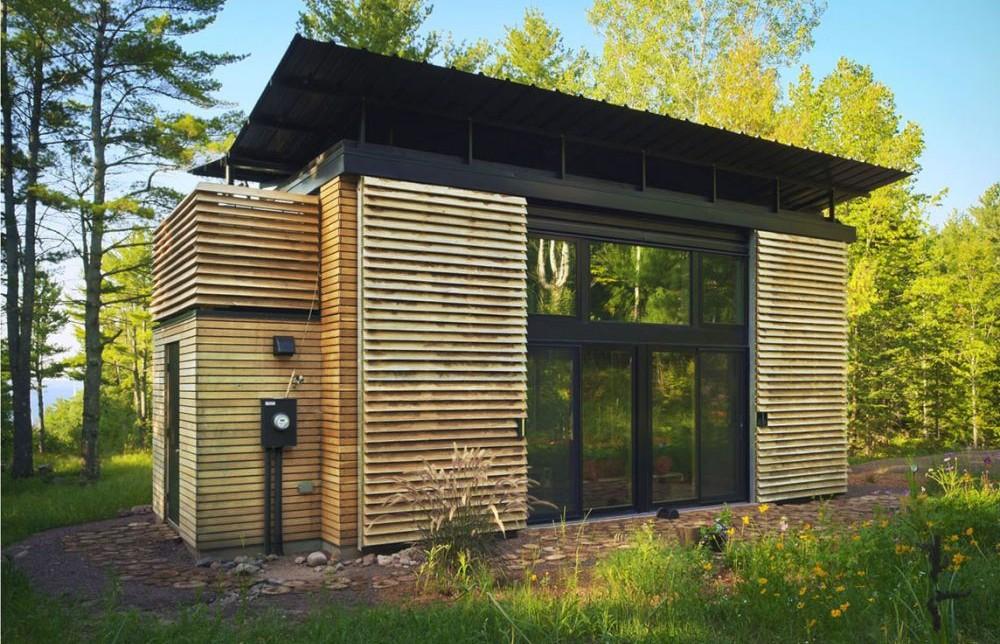 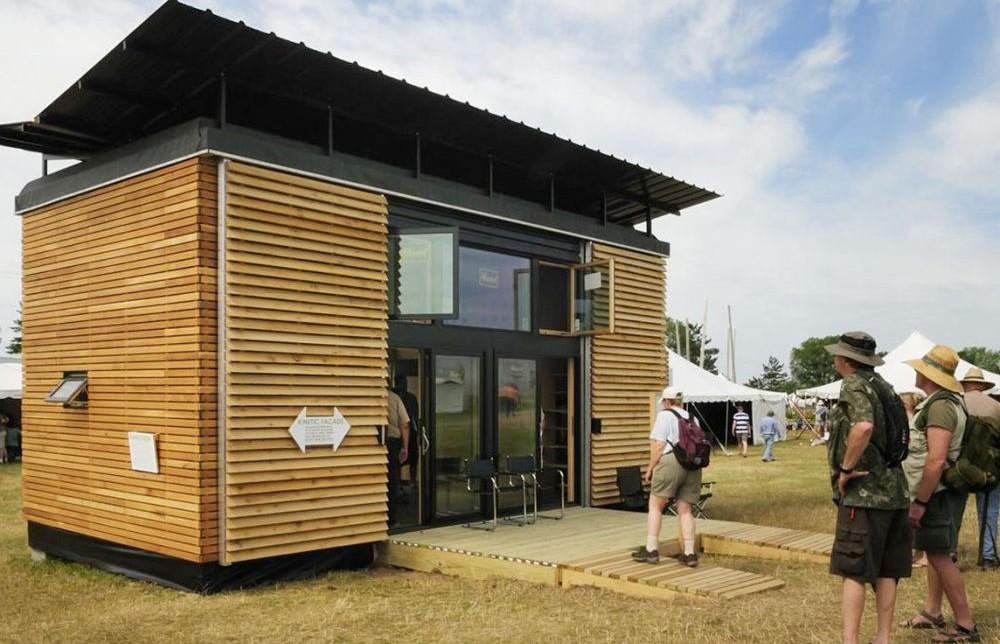 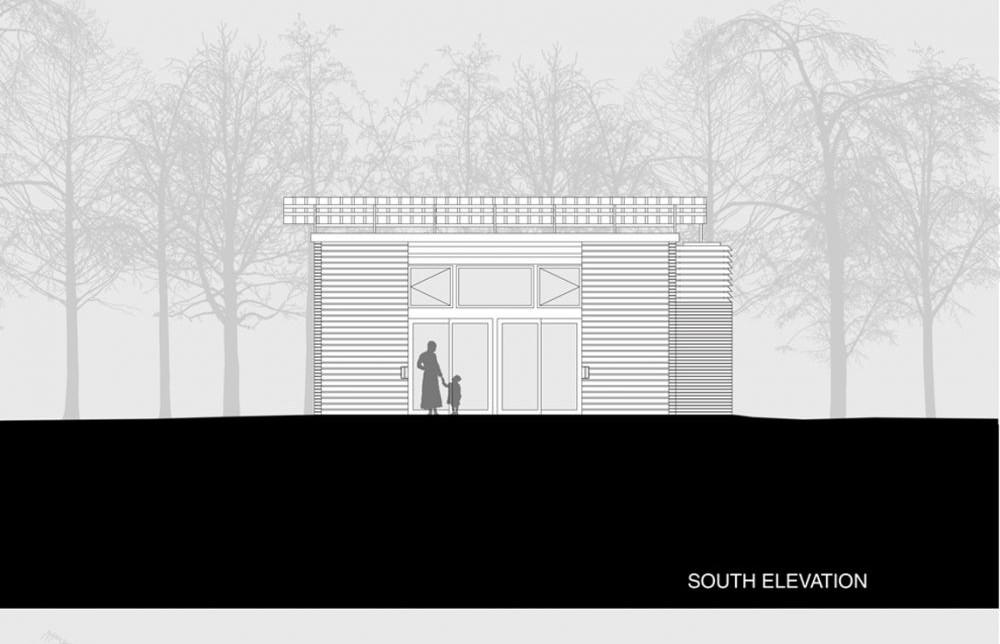 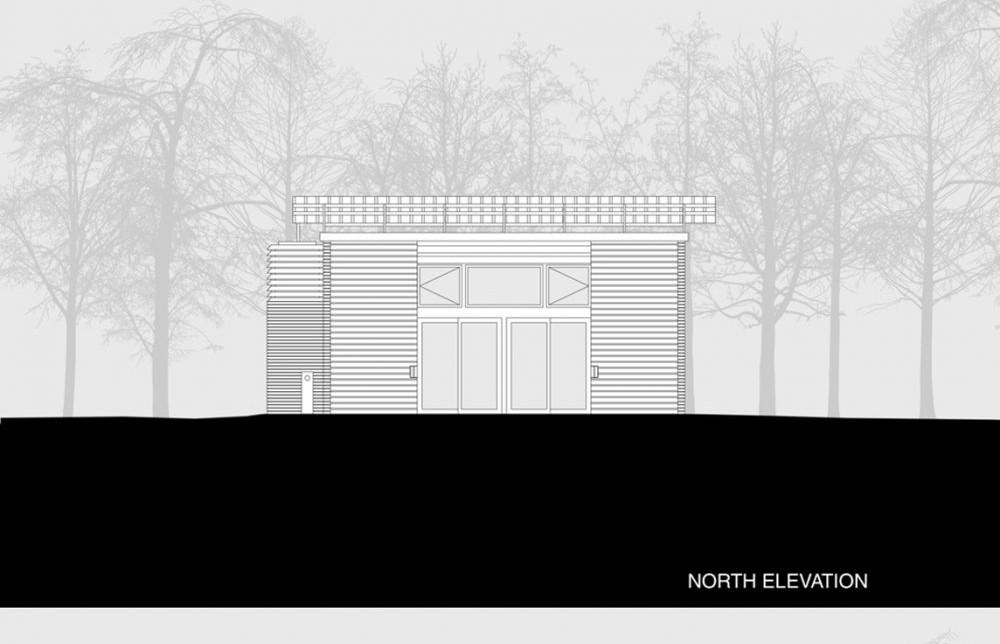 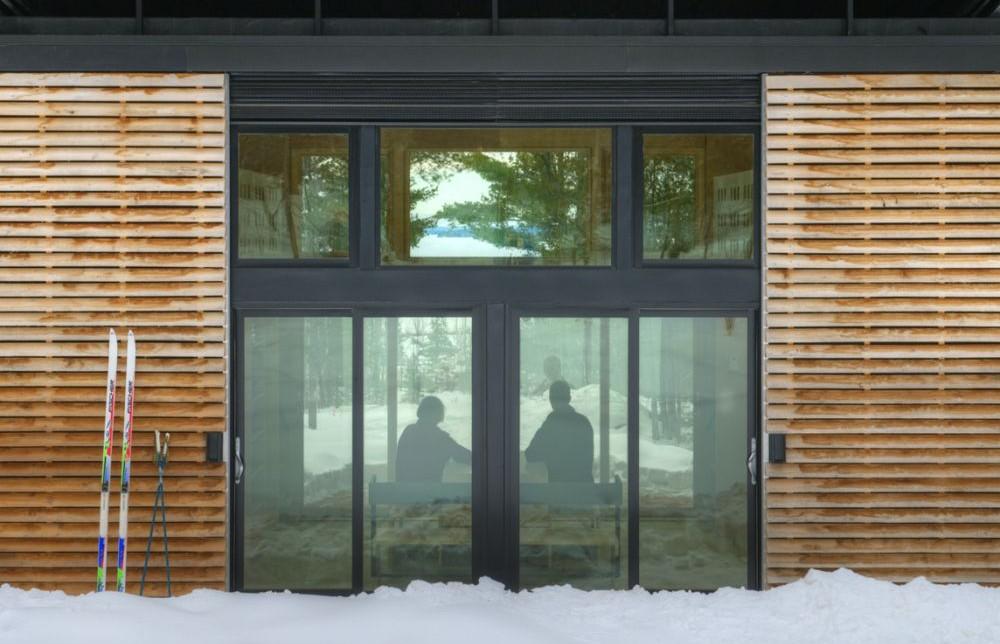 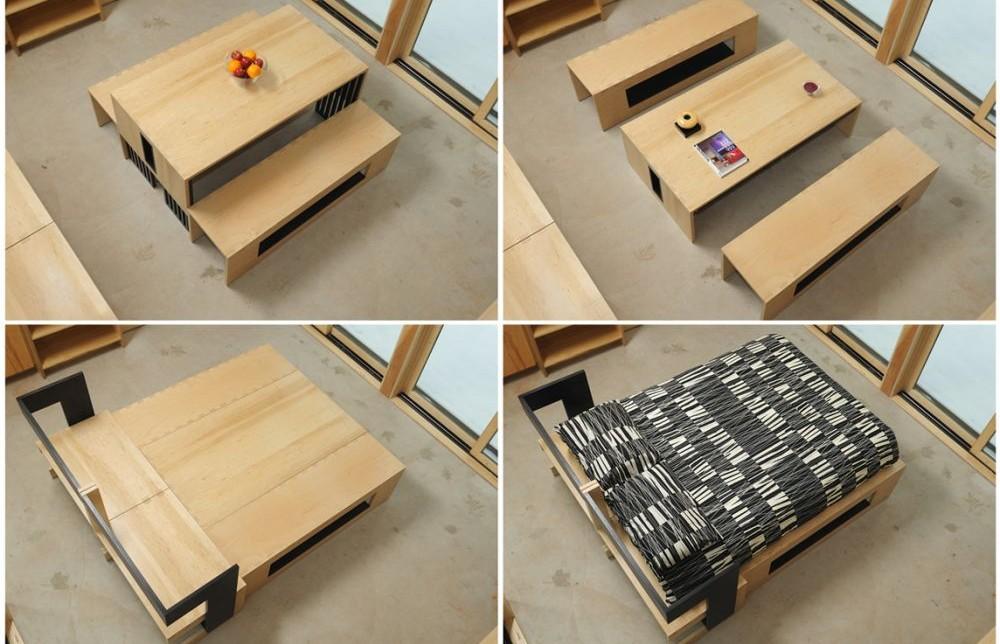 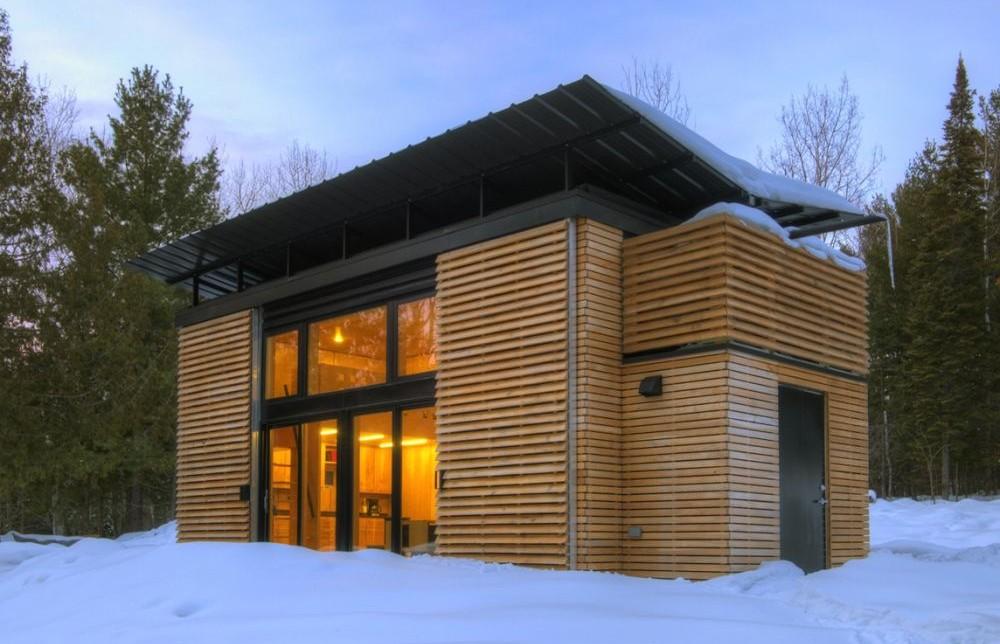 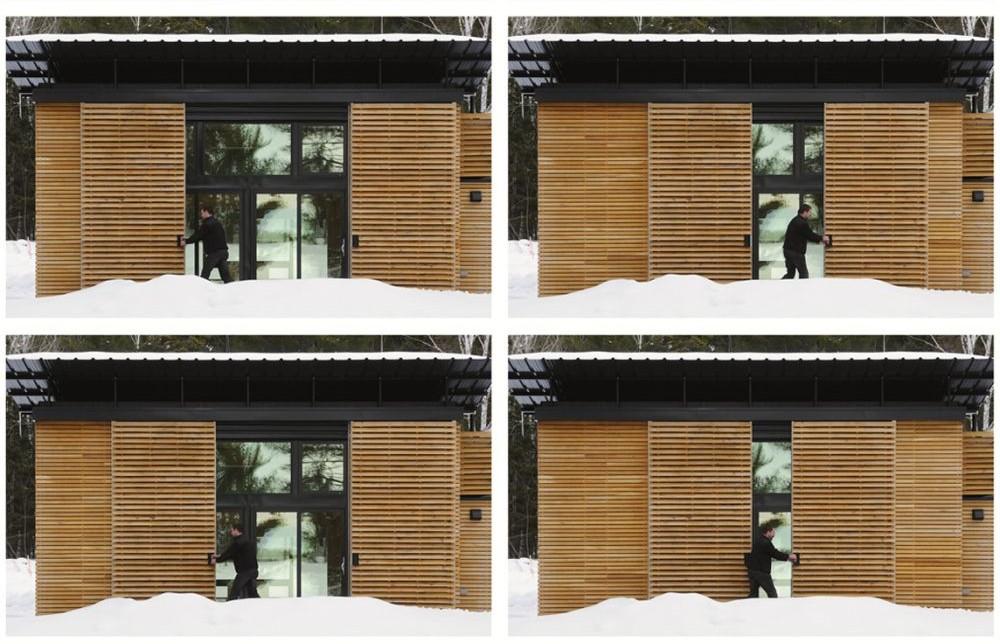 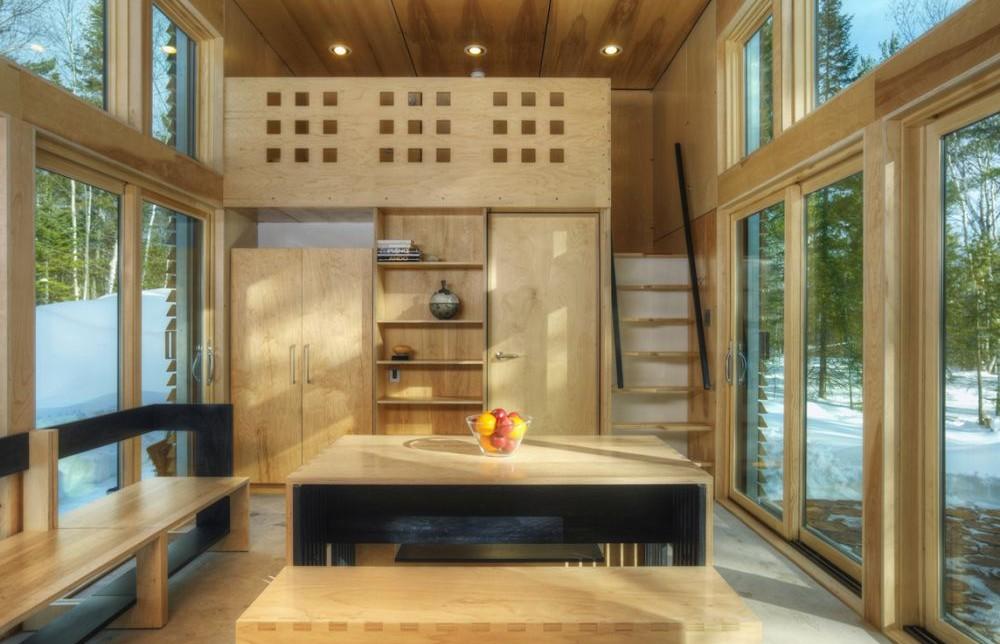 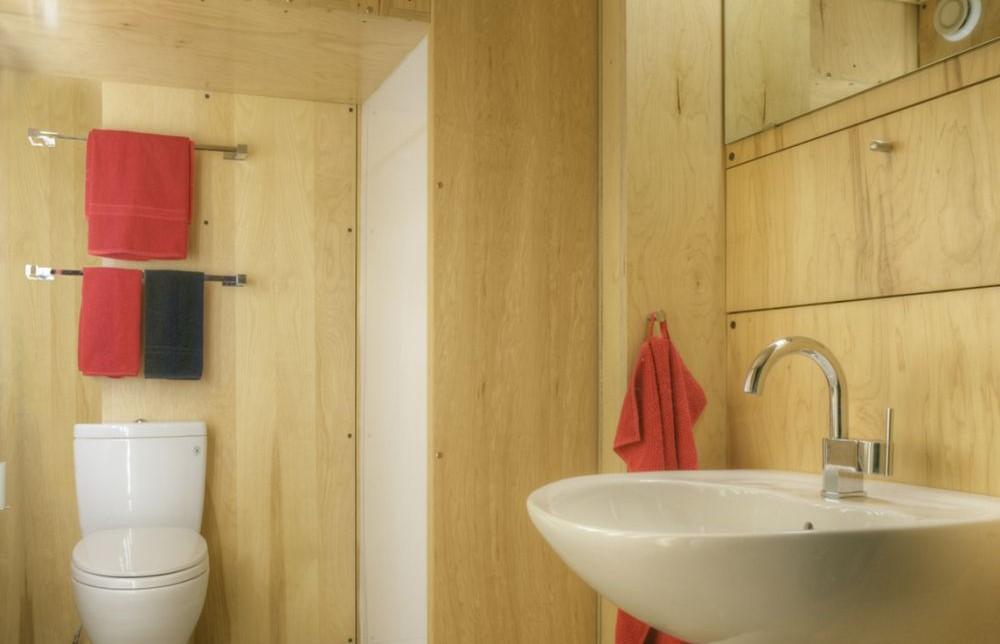 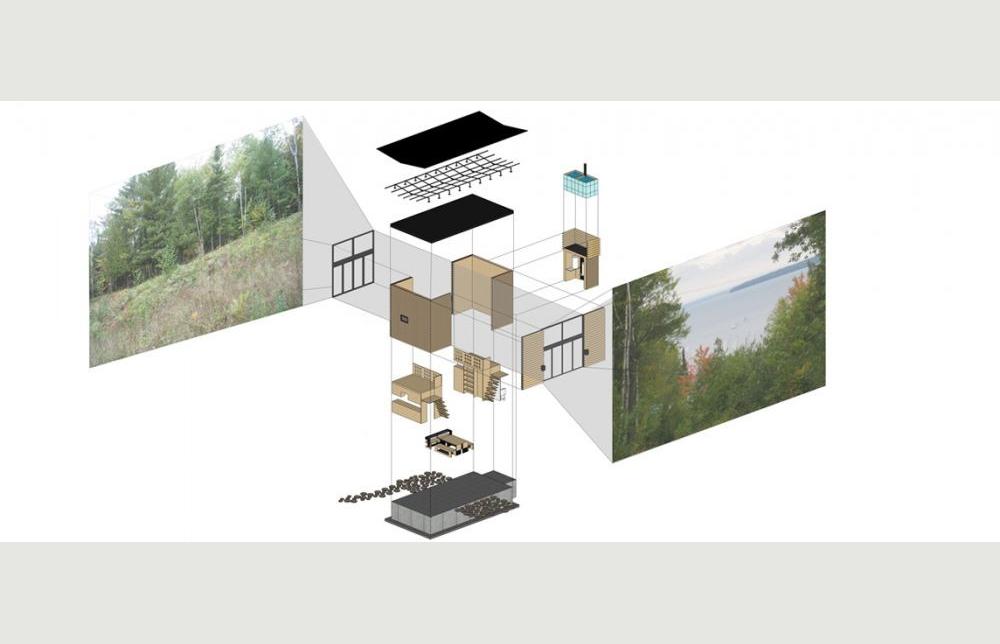 The E.D.G.E. An Experimental Dwelling for a Greener Environment Statement
Program Statement. Todays economic depression began with a failed American housing market! In a time when energy prices increase and life styles have evolved into ones of consumption and materialism, we ask the question what are the fundamental needs of life, and what is Architectures role in interpreting those needs. We distilled the functions of life to eating, bathing, sleeping, and communal fellowshipping. In the last few decades the average size of a house in the United States has increased dramatically. Stylistically, nostalgic versions of faux-history and borrowed typologies from other regions are the norm. How can we examine the work we do as Architects in a wider social and environmental context? We felt that the best way to answer these questions was to create an experimental minimalistic structure that meets basic human needs becoming a talking point and educational tool to transform the way we create our homes. Can Architects transform todays value that more is still best?
Portability. To test our concept, we wanted feedback from a number of people, and decided to exhibit the E.D.G.E at the 20th annual Midwest Renewable Energy Association Energy Fair, June 2009, Custer, Wisconsin. The structure needed to be partially prefabricated to provide the quality, an affordable price, and ability to be assembled and dismantled at the Fair. This worked well with our design, making modules of mechanical areas such as the kitchen and bathroom. In order to accomplish this goal we would first need to build the structure in our office parking lot. Everything that was fabricated, was disassembled, and reassembled at the fair. Approximately 7,000 fairgoers toured the experimental dwelling. Reactions to the structure ranged from Its about time that somebody did this, isnt it great, to I could never live in it. Most people did go away asking the question can I really live in the E.D.G.E. After the fair the E.D.G.E was disassembled, moved, and reconstructed on a sloping site in northern Wisconsin overlooking Lake Superior. The extensive glazing is oriented to take advantage of the views of Checquamegon Bay to the South and the forest to the North. The orientation also allows for optimal passive solar orientation, while the kinetic insulating doors restrict heat loss. The E.D.G.E was glad to get a real foundation with deep radiant floor heating consisting of 4 inches of extruded foam insulation and pecs pipe covered with sand creating a heat sink. A ground source geothermal heat pump was installed for HVAC energy source.
Design Solution. This structure is an experiment in performative and spatial design. Every inch was investigated and decisions were based on the need, rather than wants and desires. The resulting structure explores regional materials and a new formal typology derived from climate, ecological, cultural, economic, and constructional influences. The construction logic started with the idea of two prefabricated boxes at each end of the building that held the mechanical systems for the house. These boxes were separated then woven together by walls of glass and covered by a simple flat roof structure setting up an organizational logic for optimal construction economy.
Conclusions. The size of the dwelling was carefully examined. The spaciousness of the structure belies its minimal 360 SF footprint. Sectional issues and details were studied to ensure maximum utilization of the minimal space, while maintaining a sense of openness. The furniture is an integral part of the architecture: specifically designed to optimize the space, offering maximum flexibility of function. The central space can easily be reconfigured to facilitate eating, sleeping, or communal living by reorientating the furniture. The result is a hybrid of traditional craft and digital fabrication. Much of the wood interior was CNC cut, as was the furniture. The pre-cut pieces enabled rapid construction at a fraction the cost of traditional methods. It became a Blitz Bau Kunst, a labor of love expressing what really is important in life.