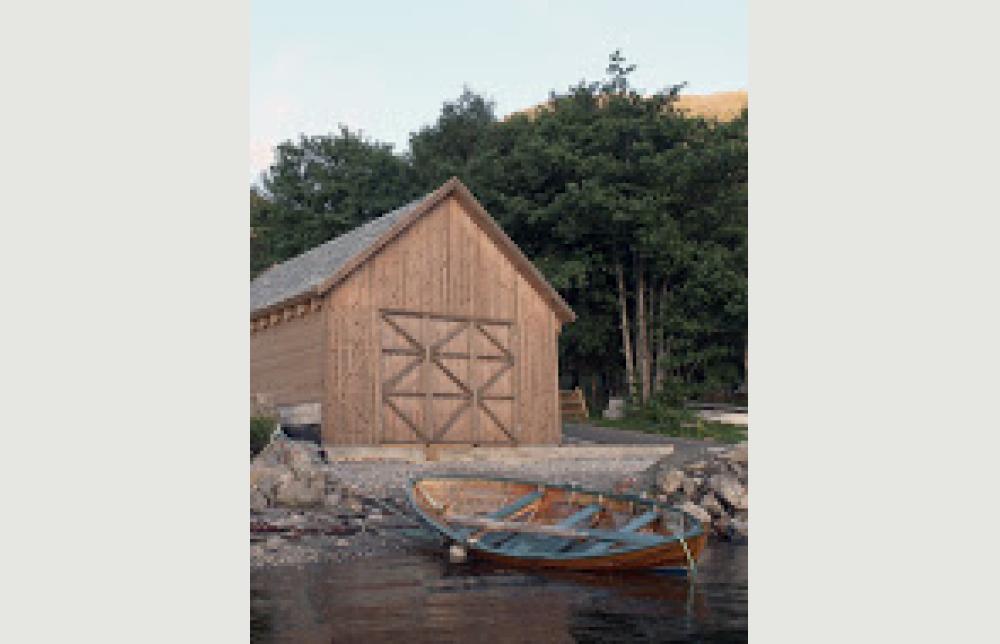 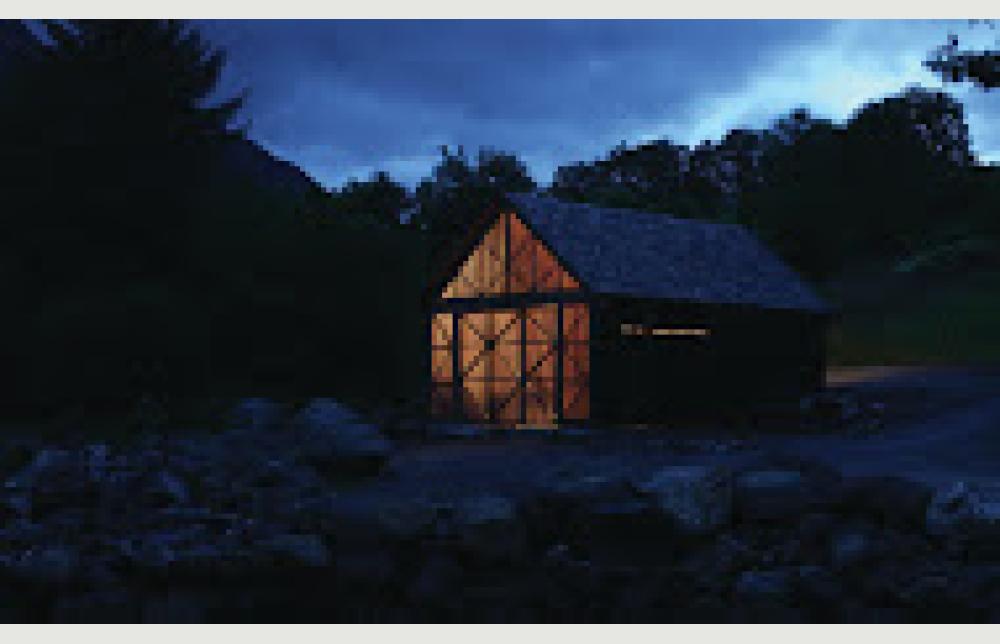 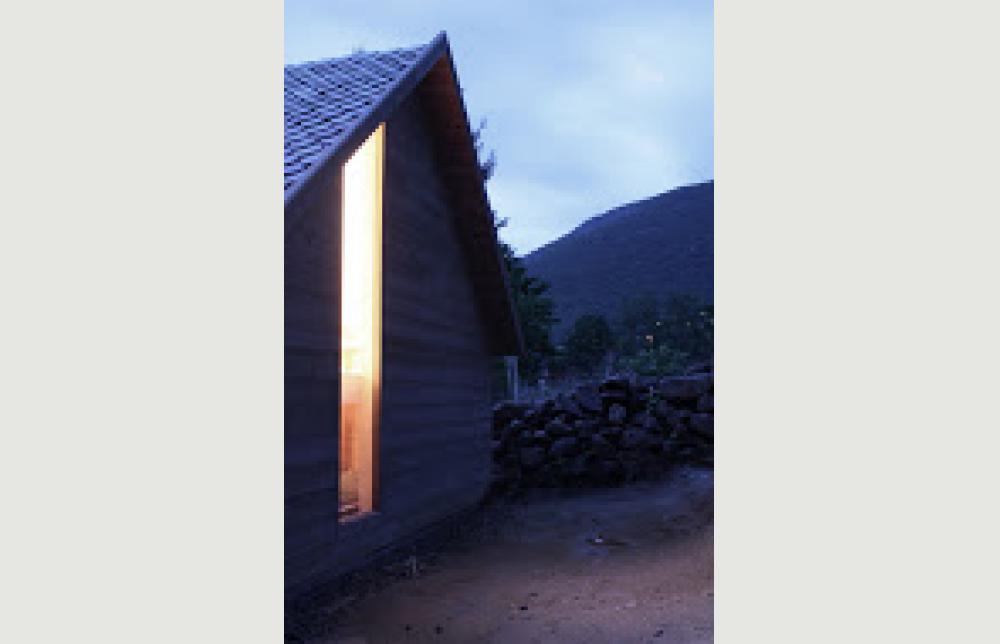 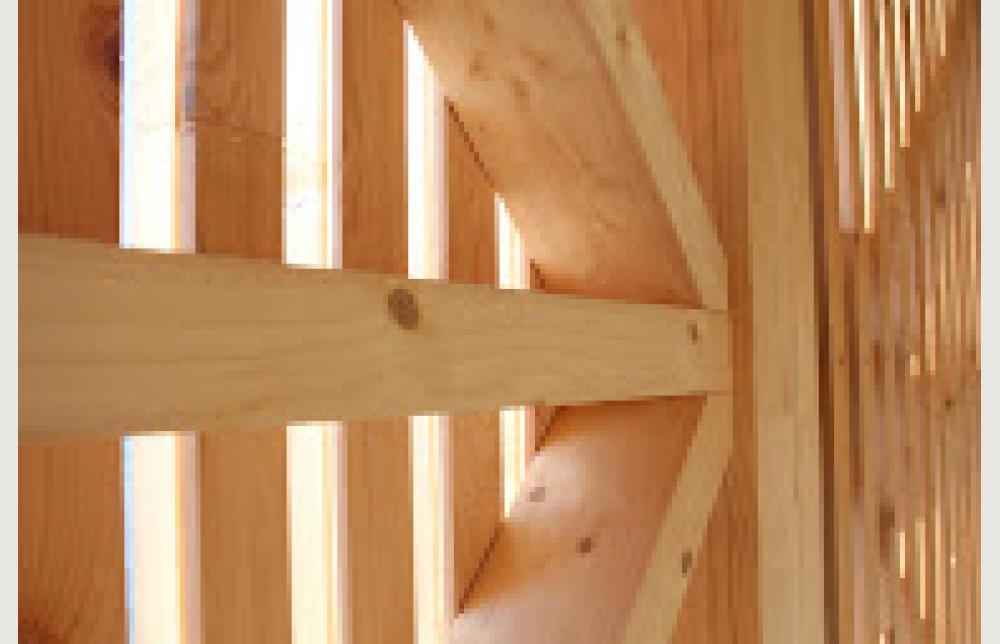 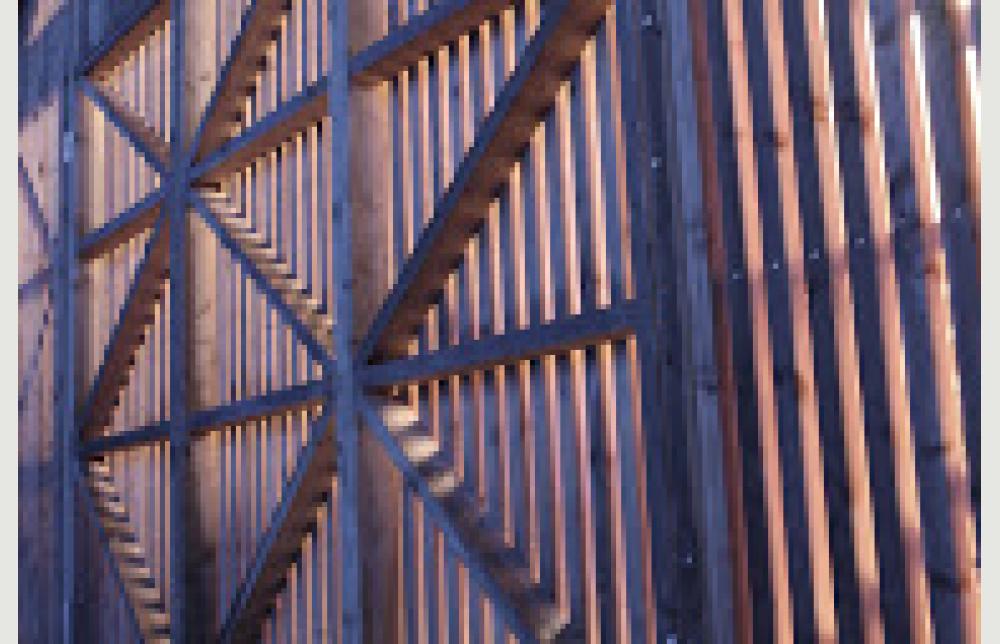 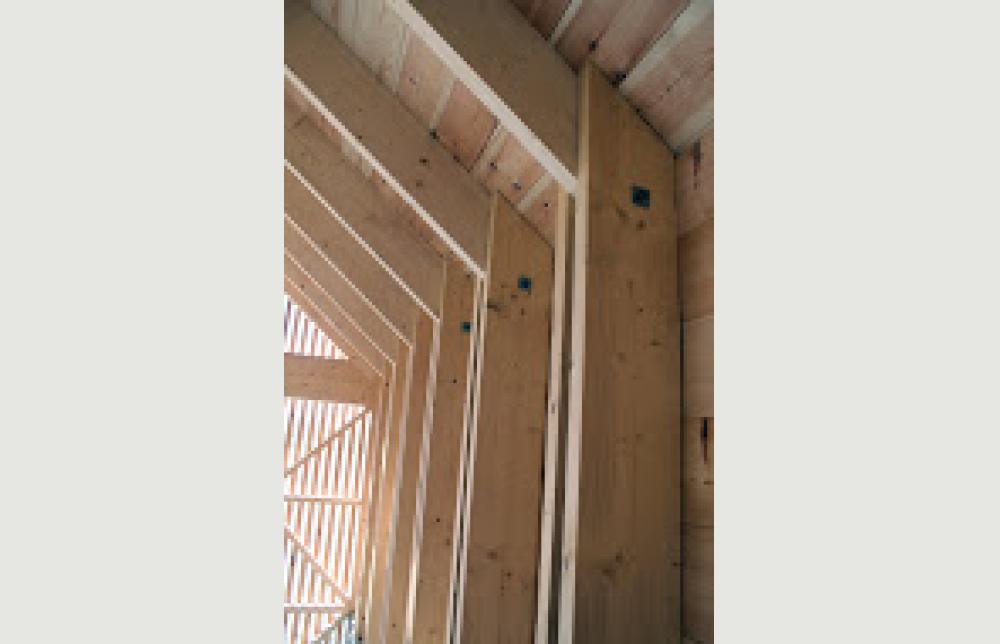 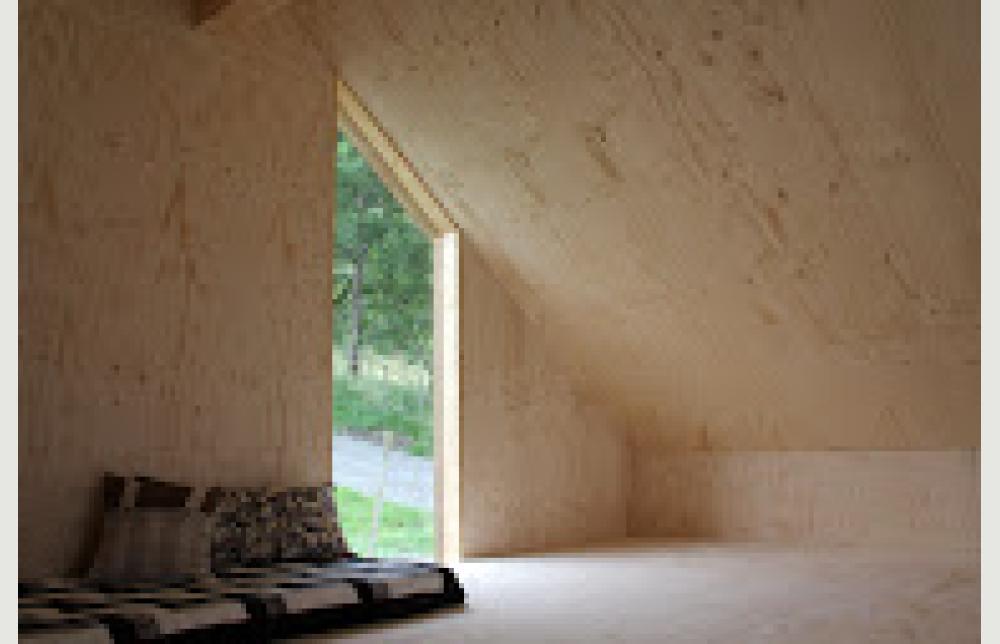 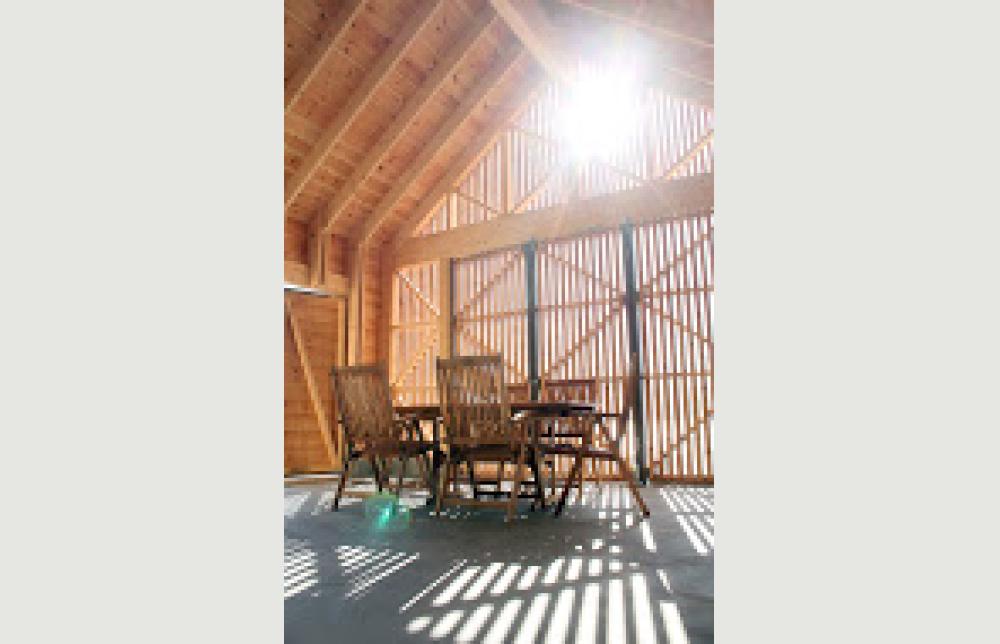 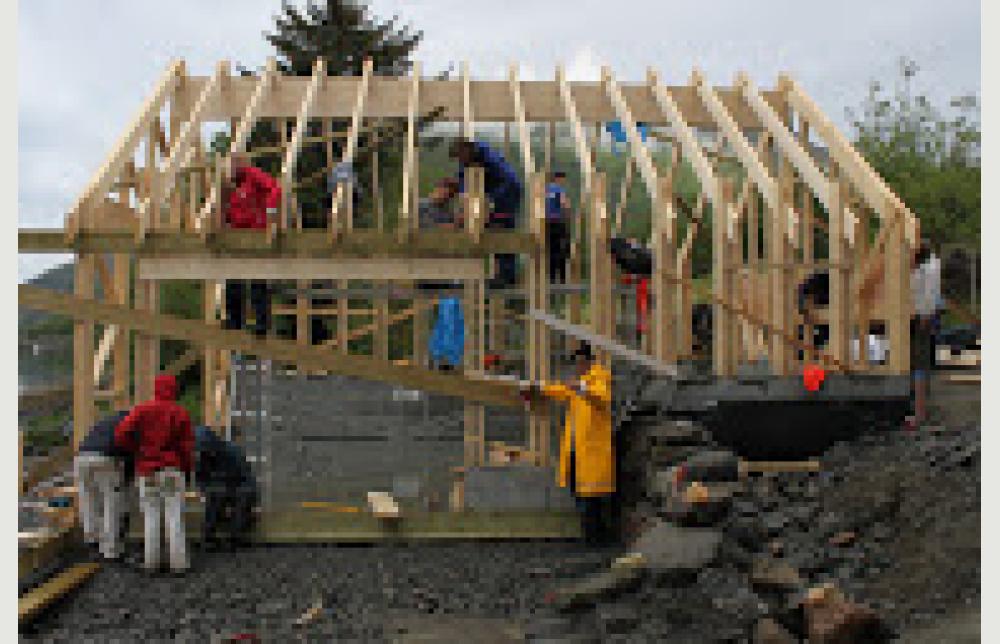 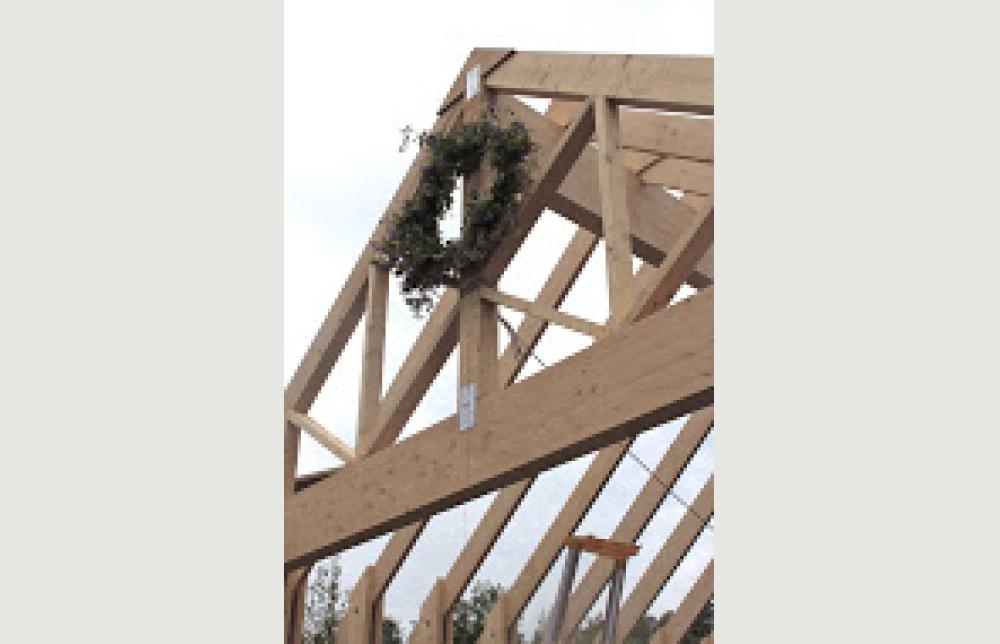 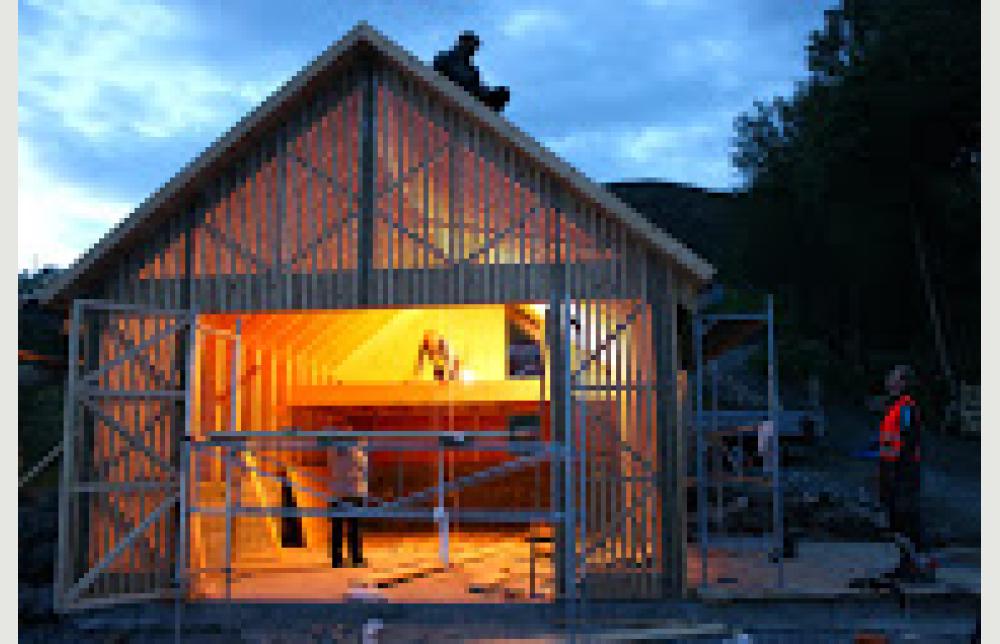 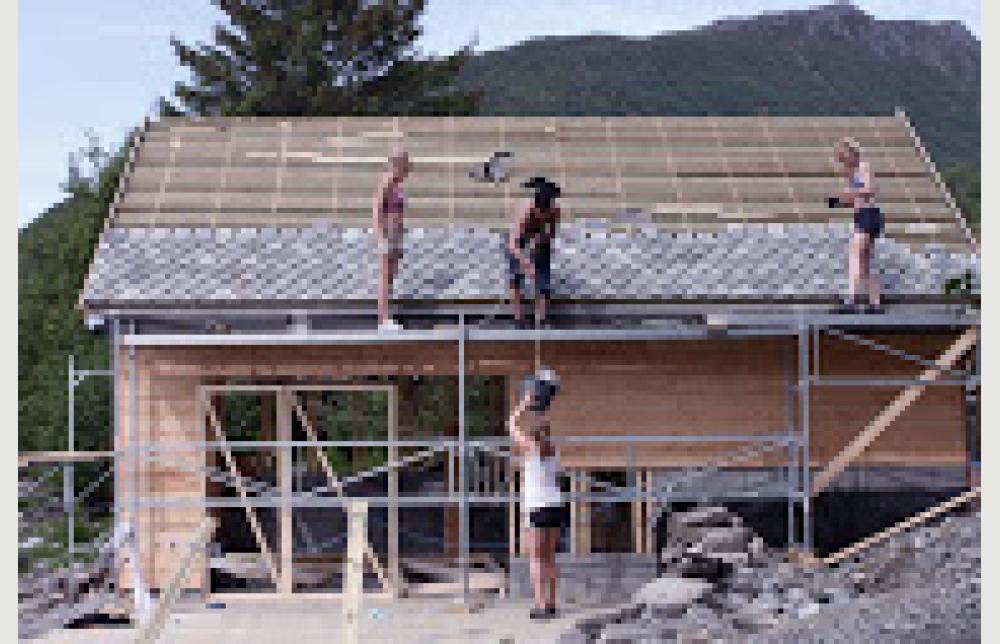 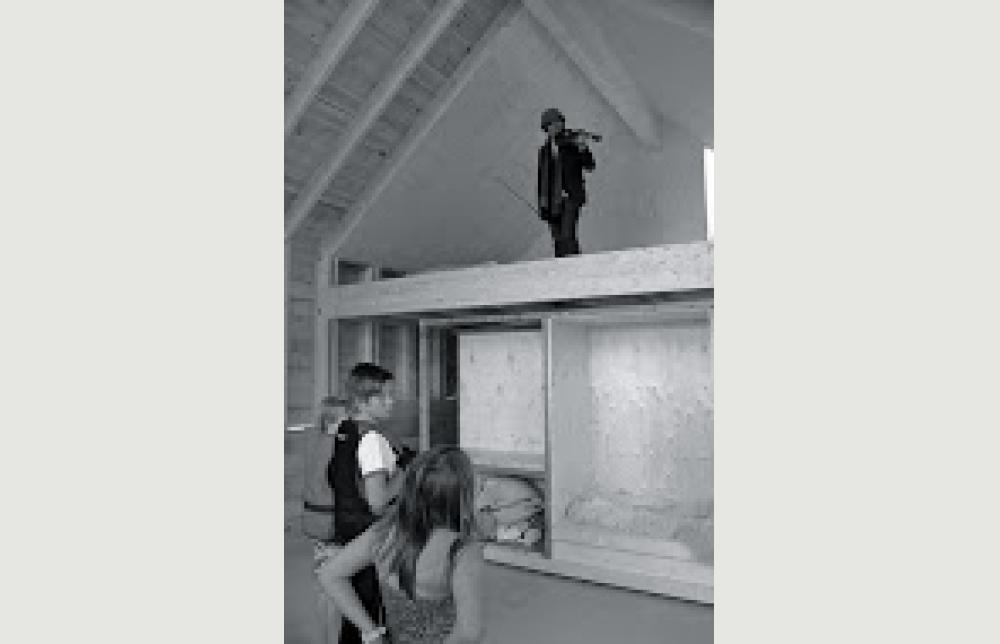 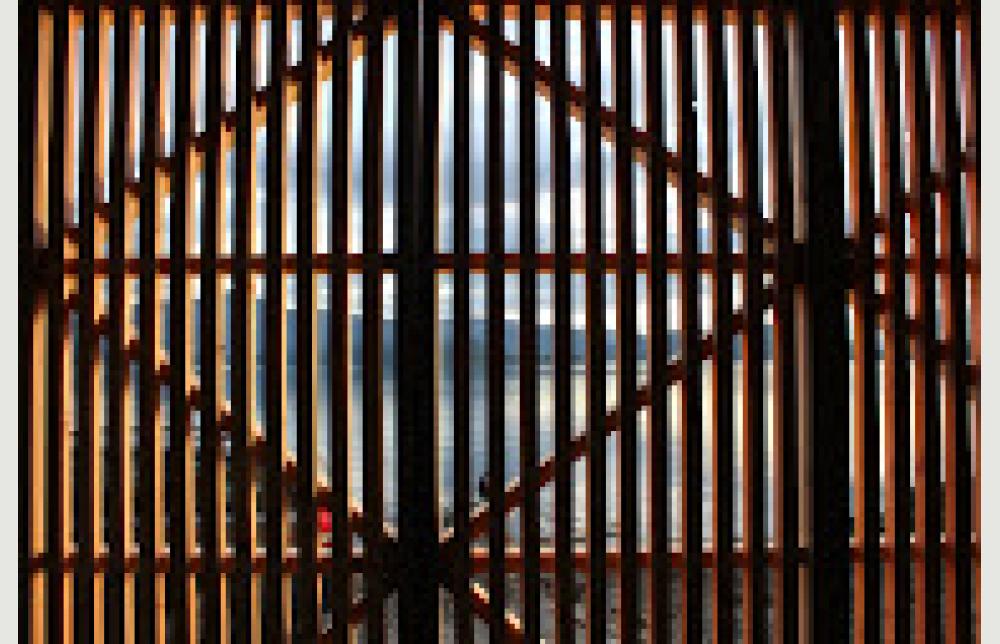 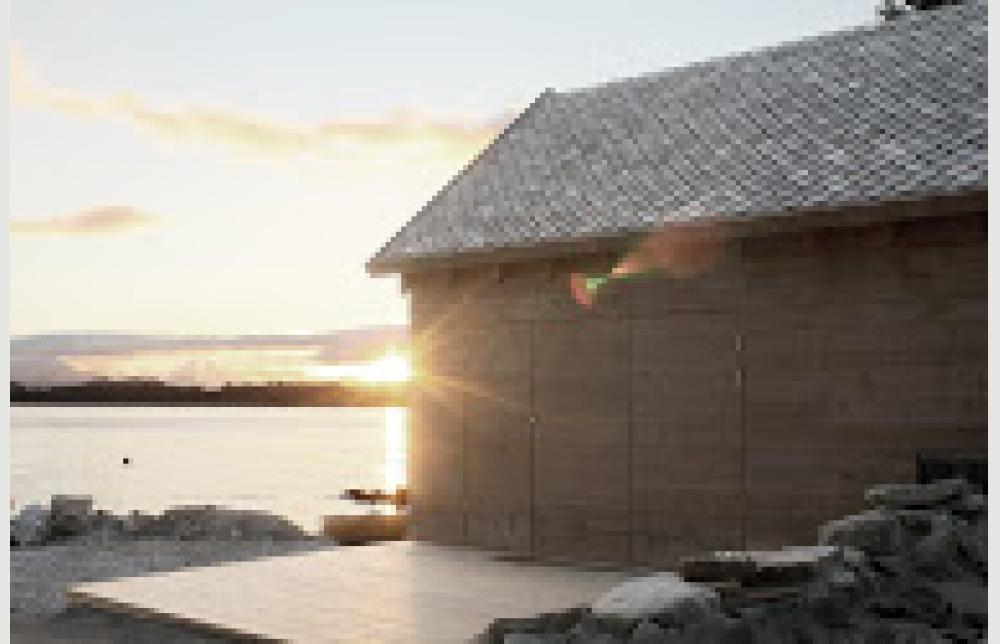 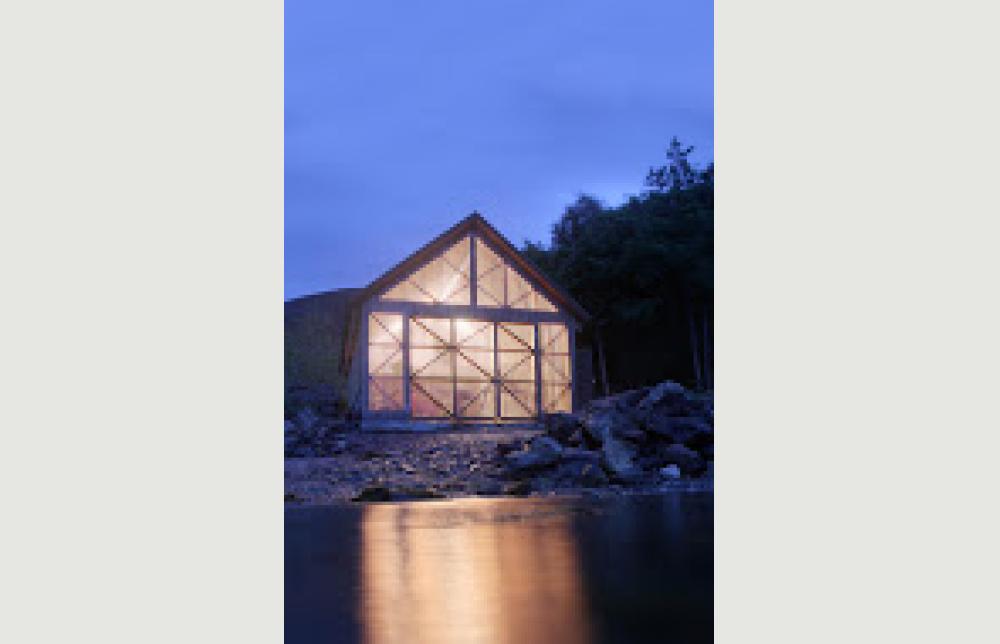 The Boathouse in Haddal
The start of summer 2012 was very different for 21 architecture students from NTNU. Instead of going home on vacation, they travelled to a small village in Sunnmøre. Here they were to realize their first building, a unique boathouse situated between the fjord, the mountains and the sea. The project was organized and designed by six of the students, all in their 2nd year, at the Norwegian University of Science and Technology. It all began back in January, when the students travelled to Haddal to get to know the site and the client.

“This has been a really educational project for us,” said the young architects. “We have barely built in full scale before, so having to take such a large and demanding project from A to Z, with 21 students as the crew, has been both challenging, educational and above all shaped us as future architects. We went from a world where everything only has to be solved on paper or in model form, to having to consider load bearing construction, local building traditions, harsh climate and a cultural landscape. Not enough with that: we also had to reconcile and meet the needs of demanding neighbours, a tight budget, municipal building codes, requirements for county exemptions, long processing time and a very conservative (but eventually radical) builder. Yet our task was to create something new and spectacular. One can’t complain about the ambitions!”

Beauty of the shoreline
Throughout the process it was important to the architects to create a boathouse that was sensitive to the surrounding cultural landscape. The entire small, west-facing village is divided by stonewalls, and the shoreline is characterised by traditional boathouses. “For us it was very clear that a boathouse should be a boathouse. It should not have running water, a hot tub or modern house standards,” says John Mork Haddal with a slightly sarcastic tone. “We believe that a boathouse is to fulfill its function – namely to protect boats and other equipment during winter, while it should be able to function as a simple residence in the summer.”
Yet this house is quite unique, especially the west wall towards the sea. The boathouse looks like a traditional boathouse when viewed from the sides, however when viewed from the sea something magical happens, especially at night. The front wall has been clad using alternate pinewood boards and plastic glass sheet. This creates a wall you can see straight through, from both the interior and exterior, thus creating an internal space that has plenty of natural light and a sea view without the need for a large window.

Structure
In summer, there is little reminiscent of how dramatic the weather can be on Sunnmøre during wintertime. Patrick (Dagmar in norwegian), the powerful cyclone that devastated half of Norway, was not gracious in Haddal either. Some boathouses were severely damaged, and many had broken doors. This was a sad sight for the residents. The boathouse is for that reason solidly constructed to withstand the large climatic stresses in the winter. Double columns, good-sized blocks and last but not least, a very solid end wall in the front, ensures that the construction will withstand the severe winter storms.

Laborious detail
In order to fix the plastic glass sheets the students had to saw a groove on both sides of the cladding boards “We were probably a bit naive when it came to the workload on the wall. We knew it was going to take time, but did not see how difficult it was to cut all the plastic, mark all the boards and get the wall dimensions correct using a uniform size for all the boards and the plastic, “says Anders Gunleiksrud enthusiastic. “But with such a spectacular result, we of course do not regret at all, that we went for this solution.”

Reuse and local materials
On the walls the custom sawn and locally sourced (naturally impregnated core) pinewood cladding, is finished with ferrous sulfate. This allows the boathouse to be maintenance free, and it eventually gives the building a silver grey and timeless expression. On the roof, there is reused slate with a slightly rustic finish, creating a sense of belonging to Sunnmøre.

Flexible boathouse
The main function of the boathouse is to store boats and equipment in the winter, however when the boats are removed in the summer time the space can be used as a basic summer residence. Inside the boathouse there is a box on wheels with integrated built in kitchen and bench. The box acts as a room divider and separates the boathouse into two zones, accommodation and storage. Moving the box can change the size of these two zones.

Impressed with fellow students
“We went down to Haddal in good spirits and were confident that we would succeed with this project,” says Eiliv Andreas Myren Ribe. “But that we, as second-year students with relatively little construction experience, have brought about such a professional result, makes us really proud. We are greatly impressed by our fellow students. Of course, we had worked through the building process several times, but eventually a lot of things took more time than assumed. Laying a roof with slate tiles is quite a time-consuming work that requires accuracy. To finish in time some had to spend the night, lit by the midnight sun, on the roof. I’m really astonished by the enthusiasm,” concludes Ribe.
Steinar Hillersøy Dyvik adds: “There are surely a lot of potential construction projects for us around the country. If the builder is crazy enough to pursue their project with a bunch of playful, innovative students, he can greatly benefit, both economically and functionally. The project is a win-win situation: We get experience and the customer gets something he could not even have dreamed of,” concludes Dyvik.