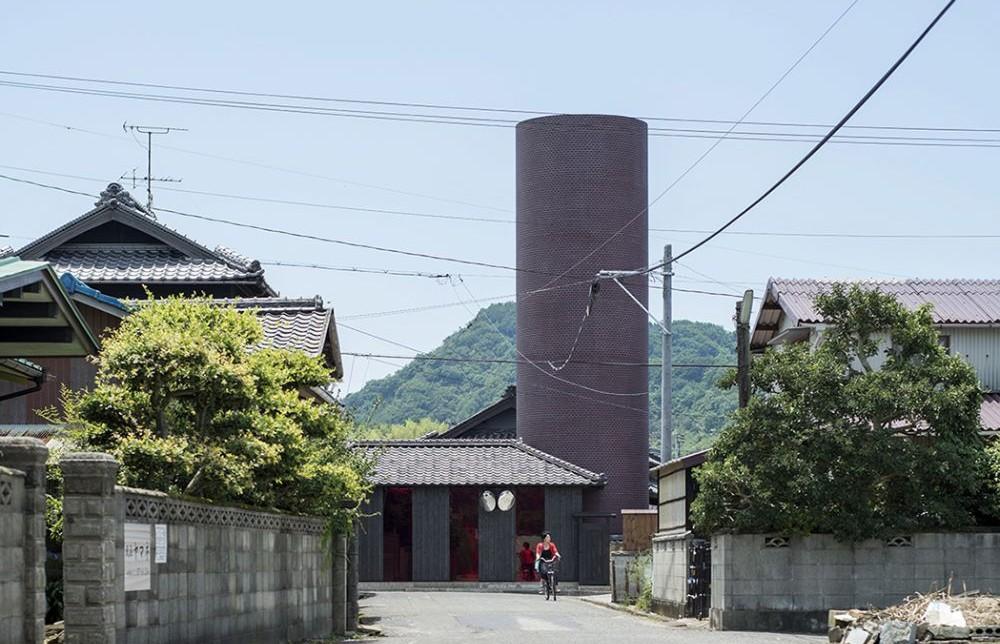 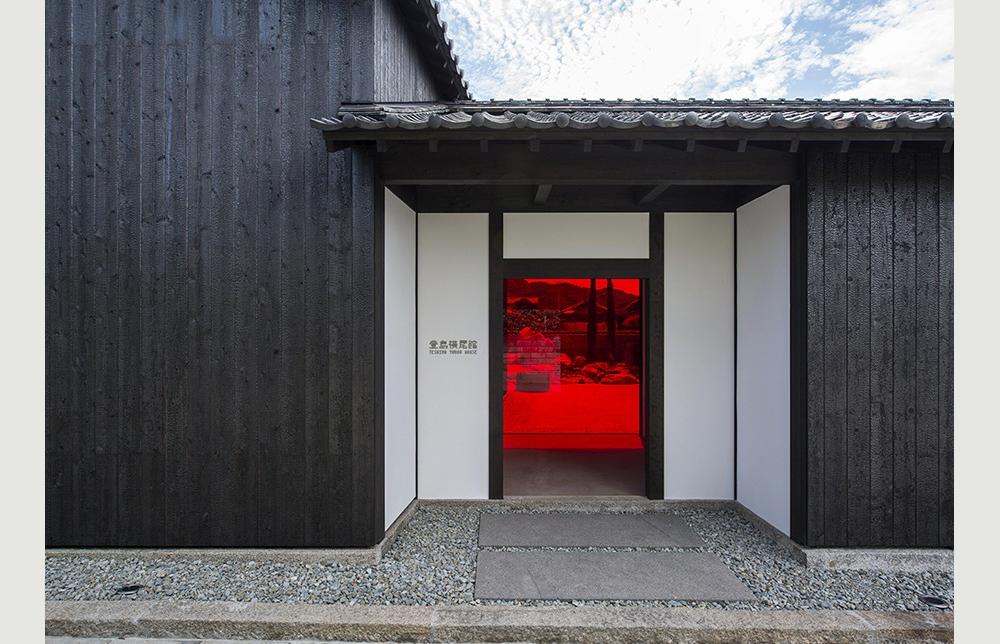 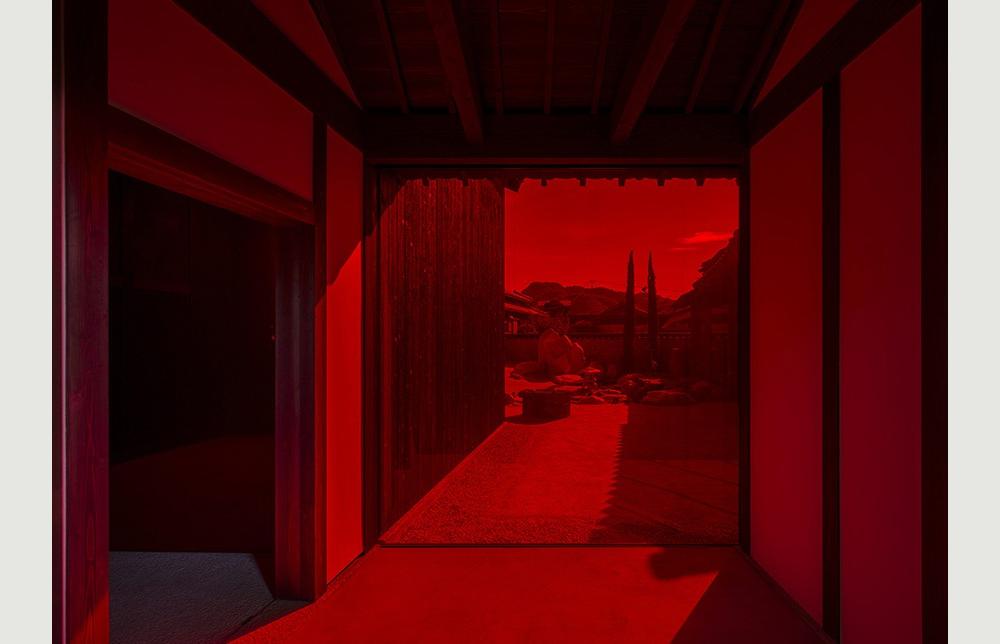 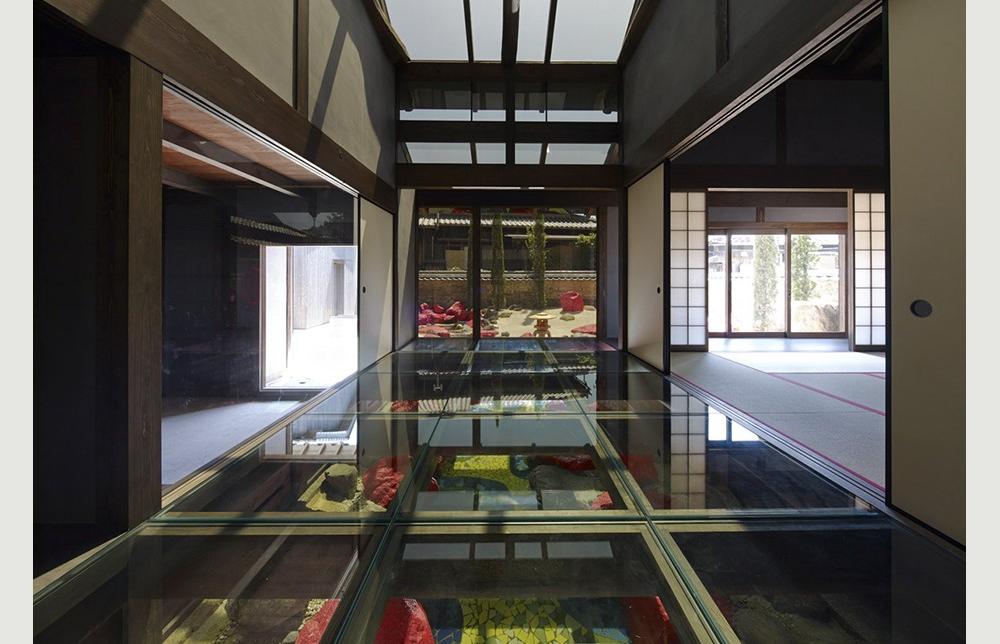 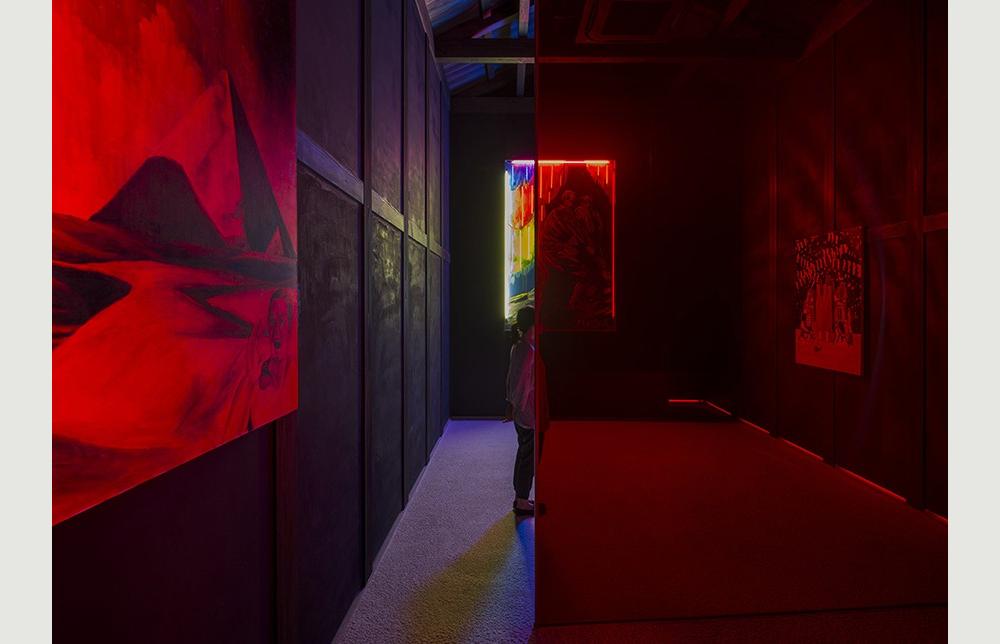 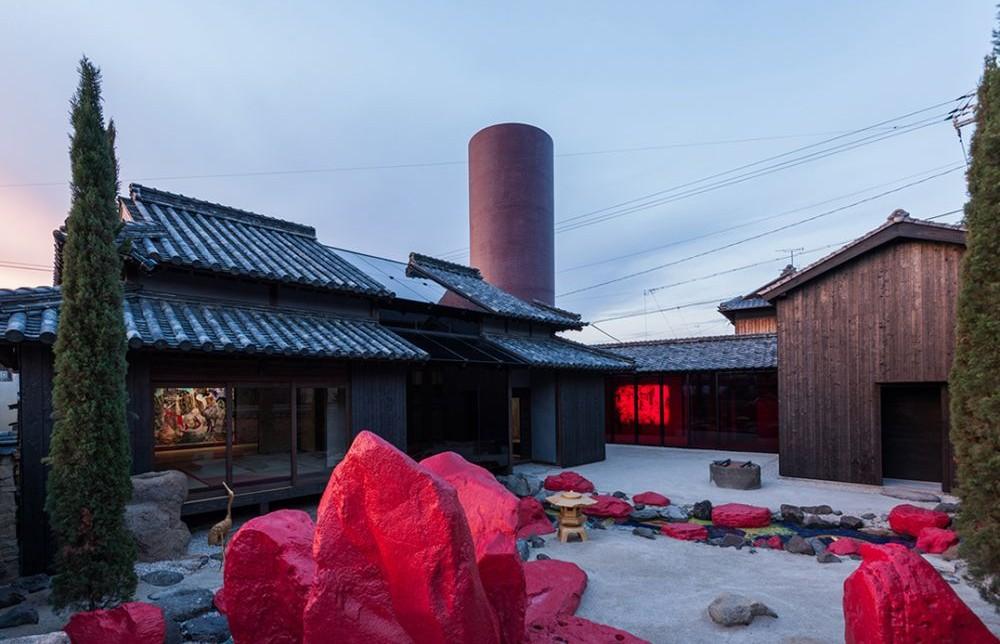 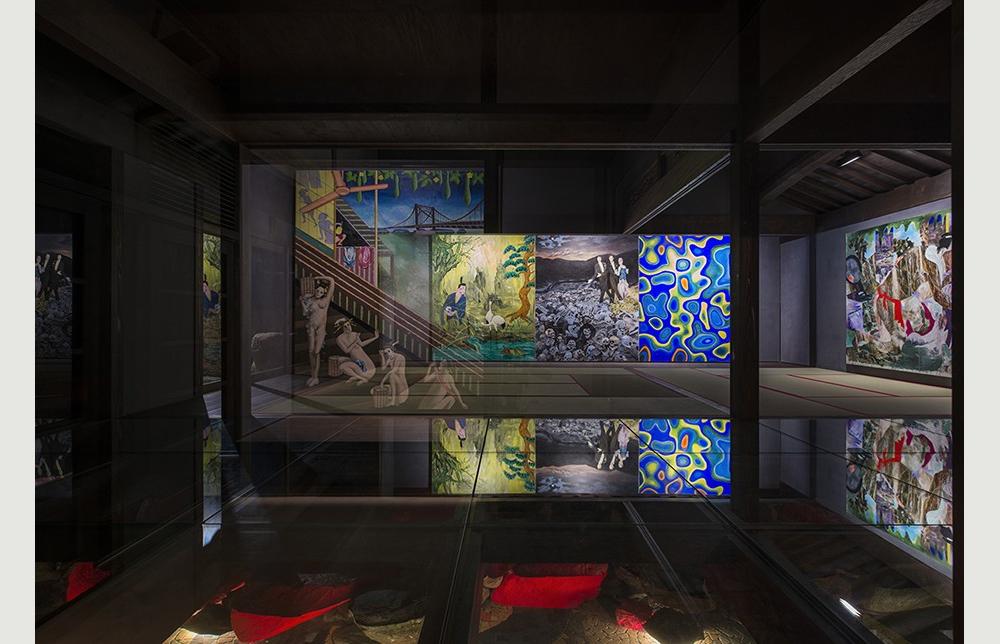 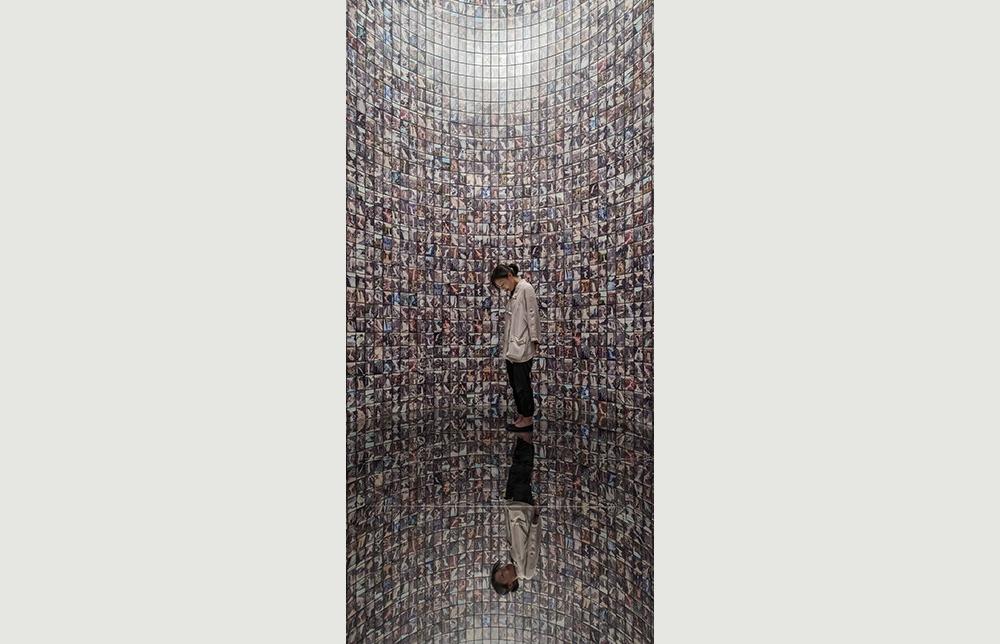 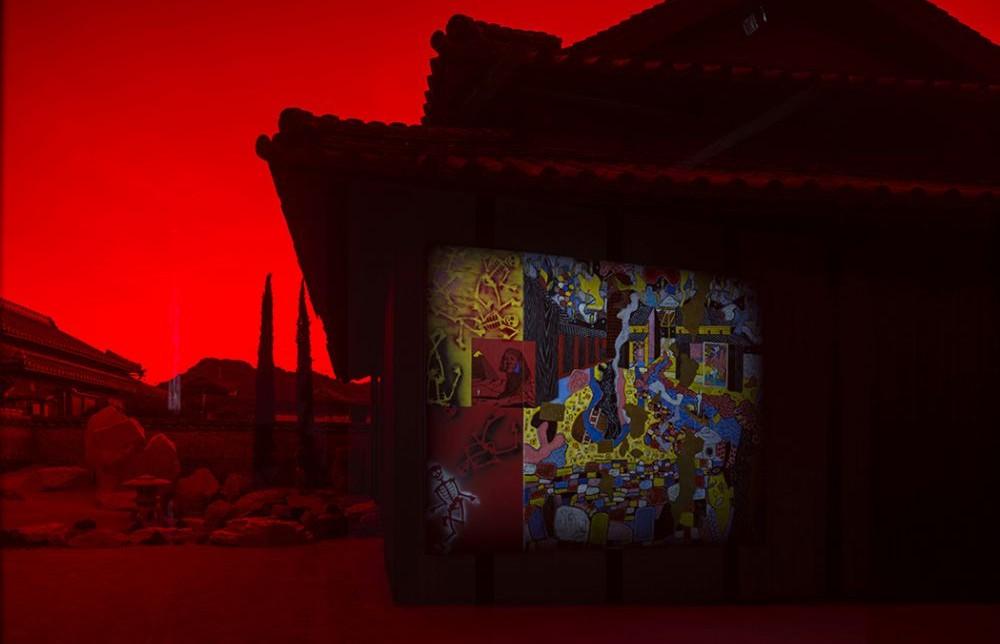 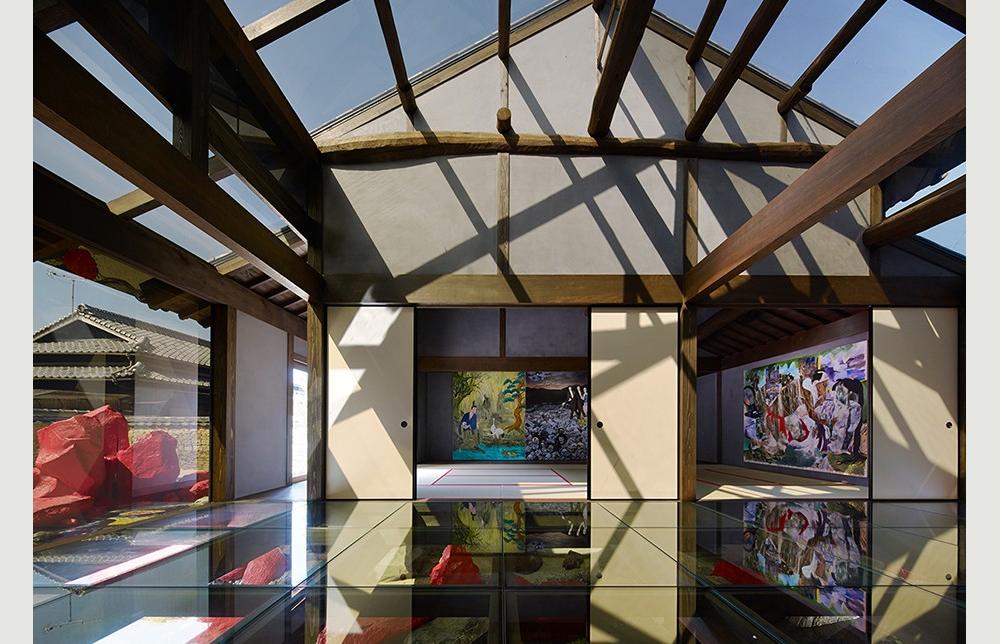 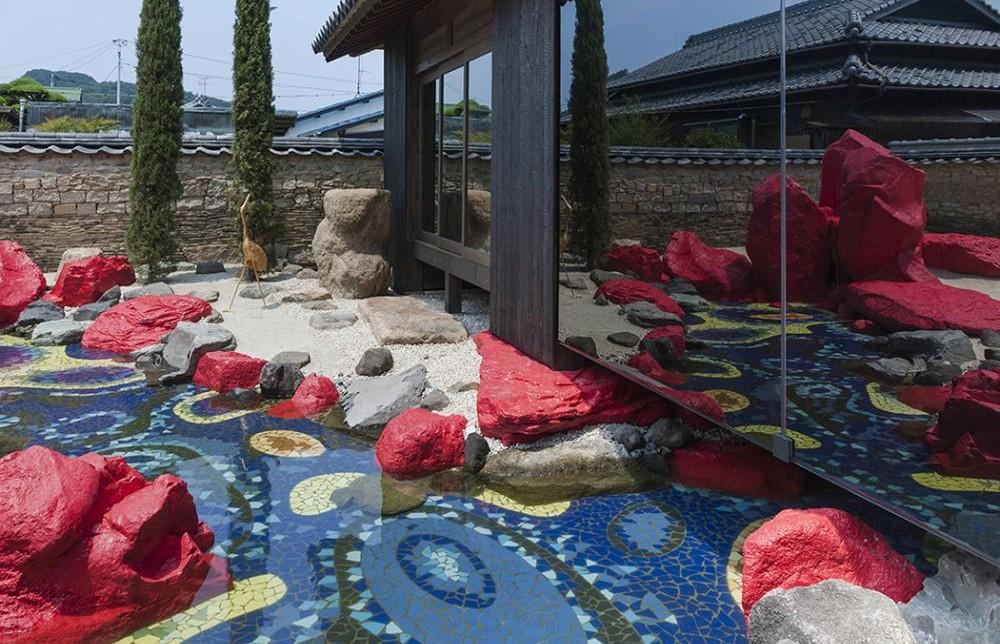 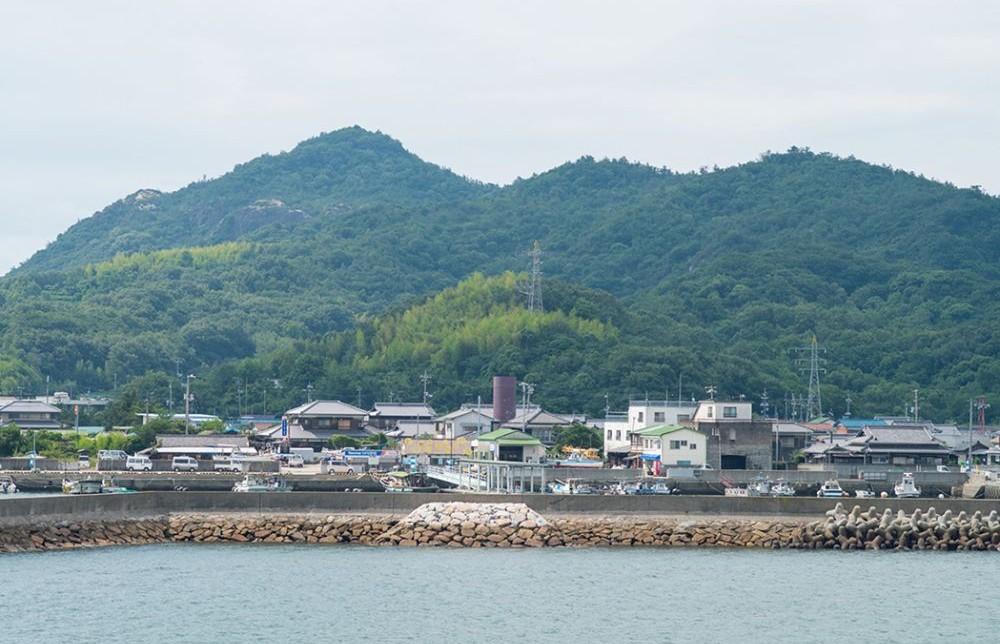 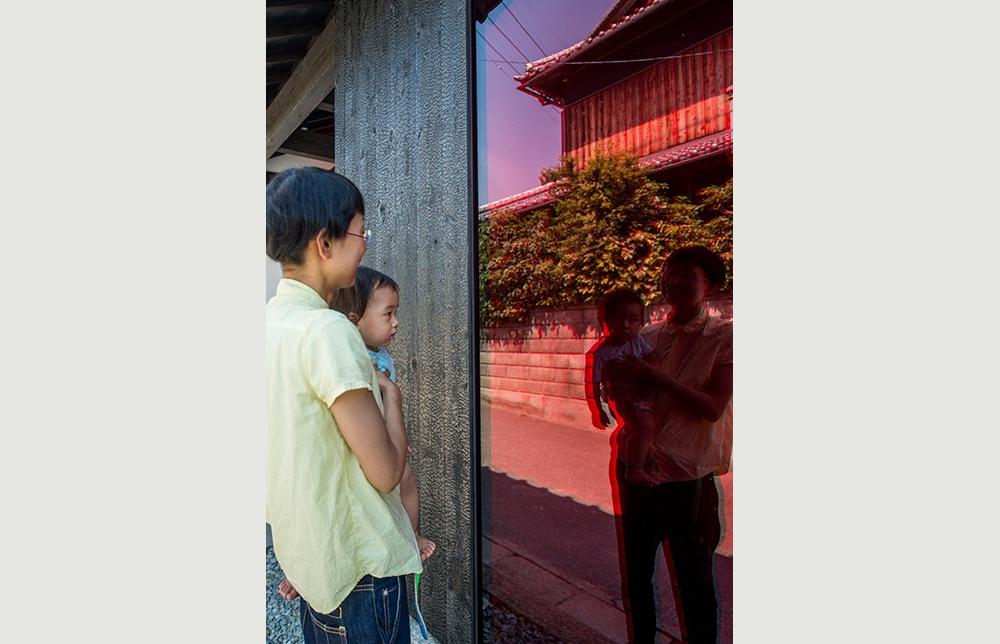 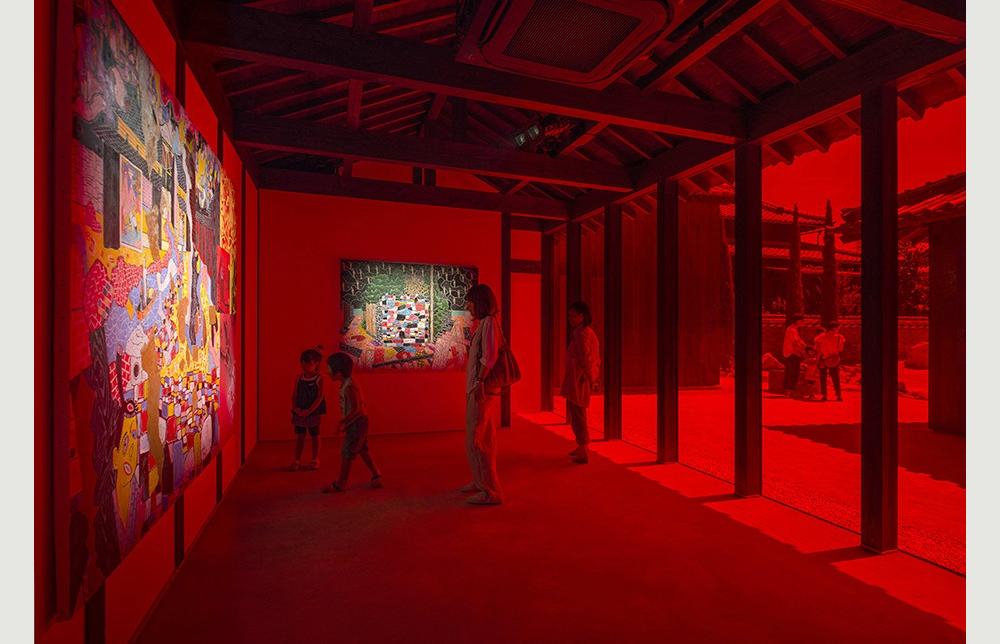 Located in Teshima, an old port town lying in Seto Inland Sea, “Teshima Yokoo House” sits as an art museum in such an old community as most of the people are the elderly. This is the project by Tadanori Yokoo, an internationally renowned figure in art, as well as being a series of art projects that kicked in with the one in Naoshima, backed by FukutakeFoundation. This art museum opened in the summer of 2013, align with the start of Setouchi Triennnale 2013. It is originally composed of three of one-storey Japanese old houses .we repurposed, renovated and partly made extension. The museum aims at identifying his works with the architecture itself. To achieve this, we first contemplated on how we can make close to these two ideas, two dimensions and three dimensions in a geometrical sense. Like his collage works, various scenes and experiences inside are figuratively amplified and collaged by each of screens effects, motion of visitors and natural daylights. Never will you encounter the exact same scene. Behind the purpose, true meaning underlies that we humans can’t avoid lifelong theme , “Life and death ” , as he insists through his works. “Teshima Yokoo house ” will be the aggregate that is constantly changing itself and circulating in the community.