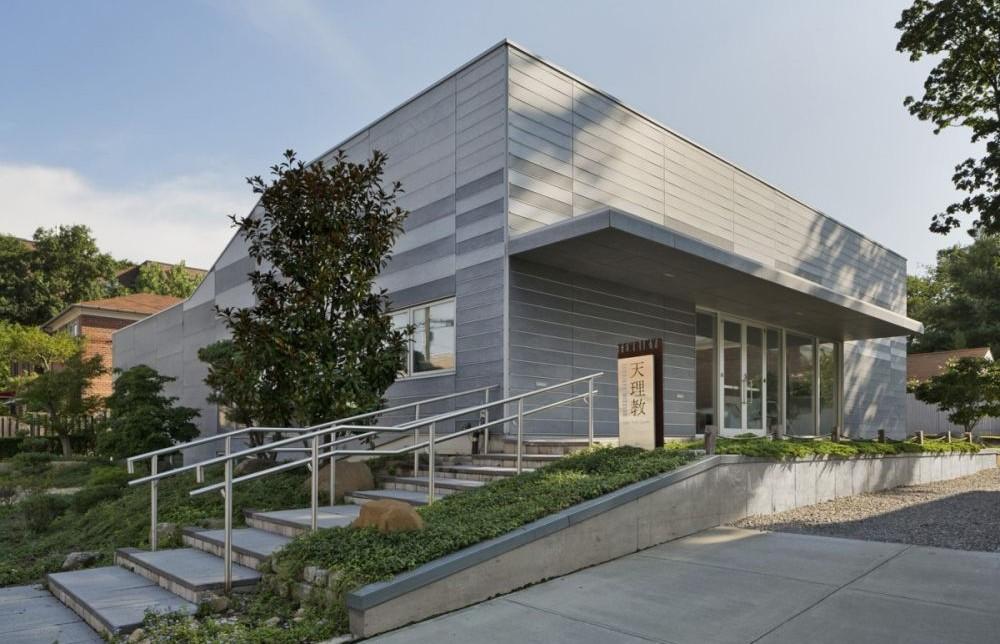 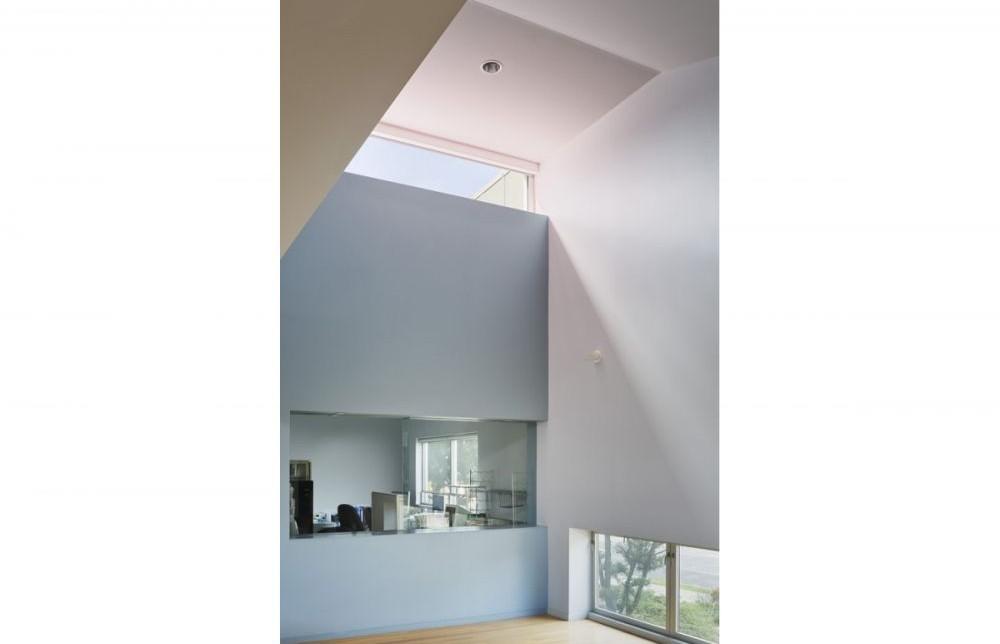 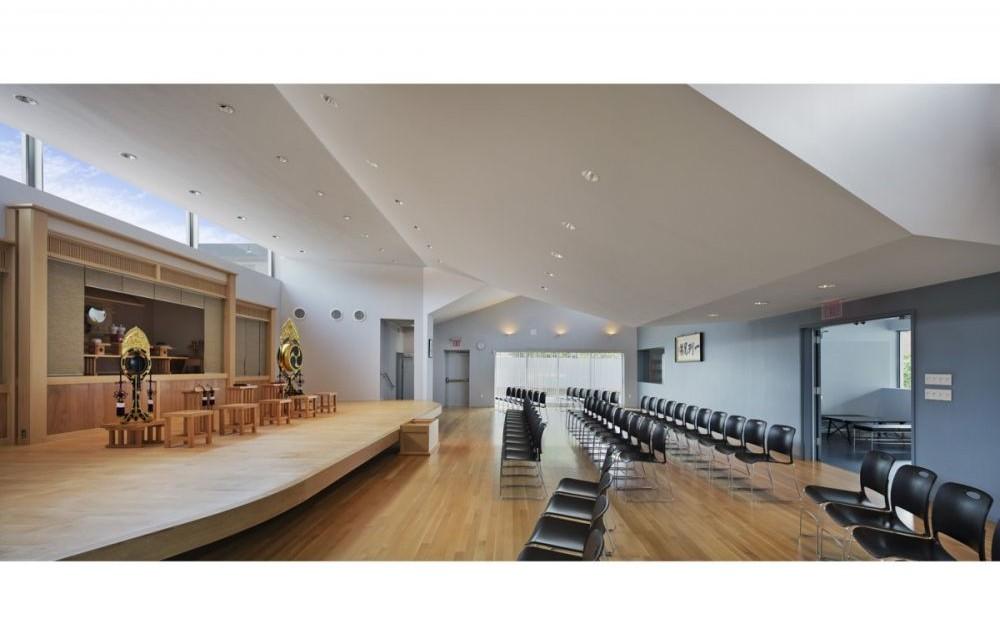 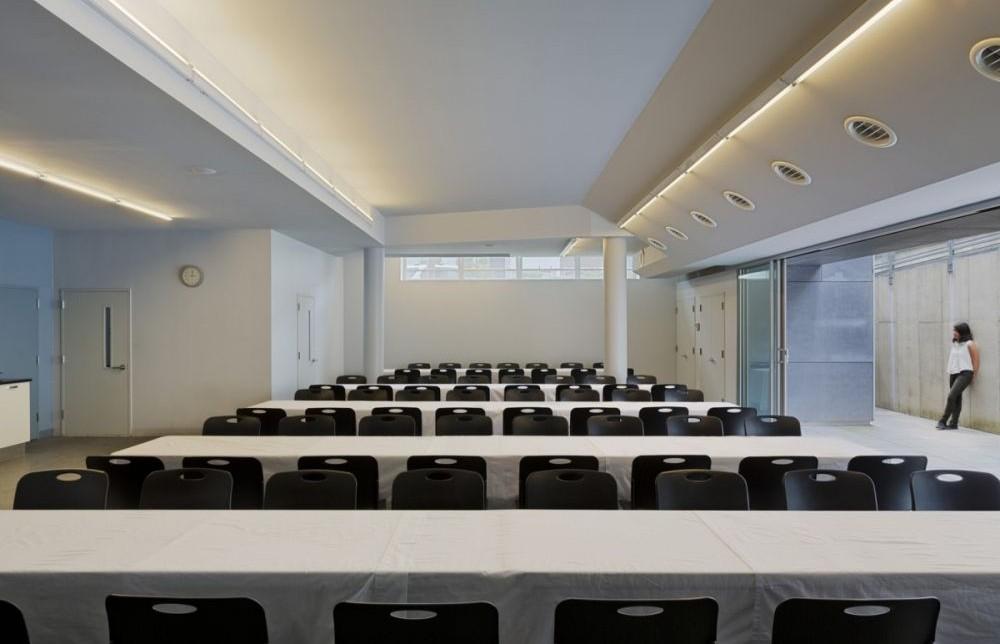 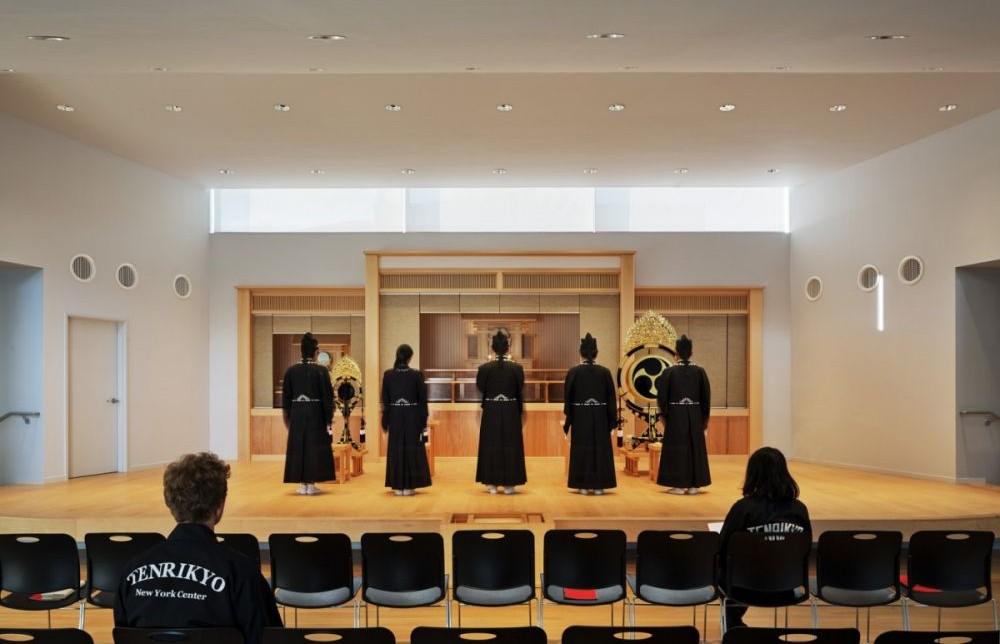 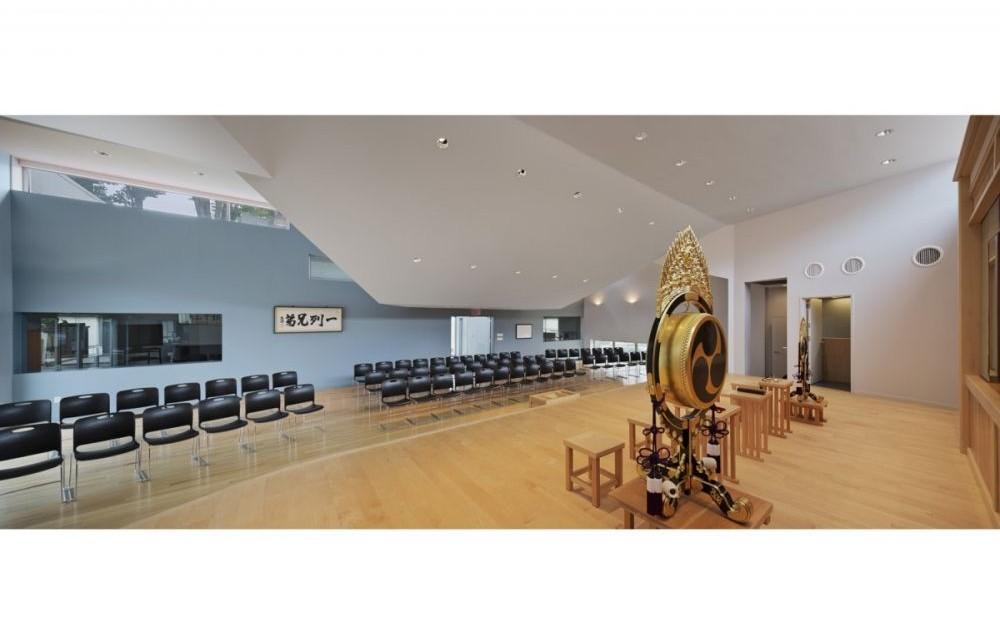 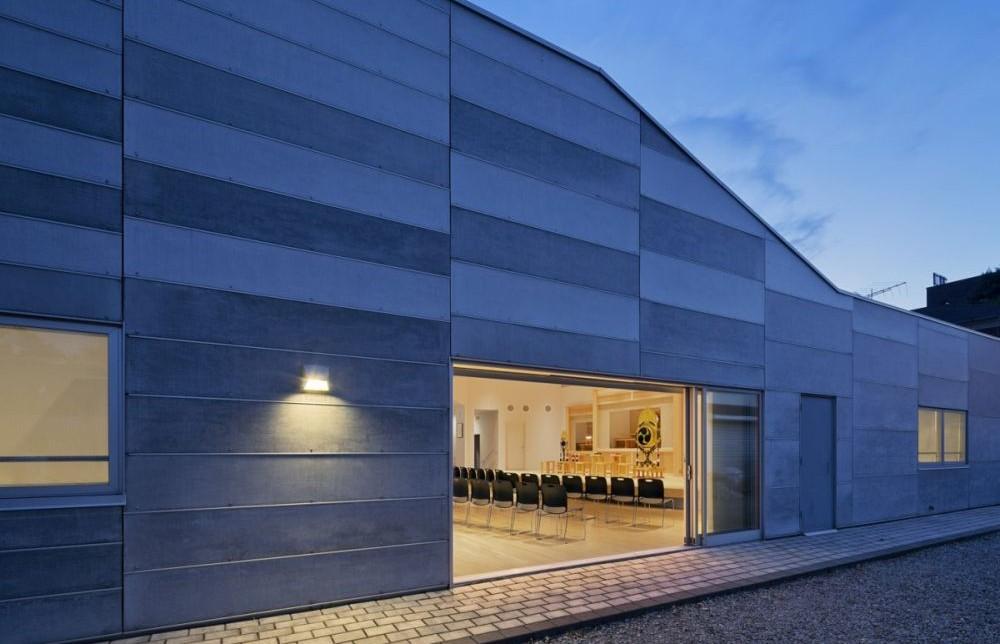 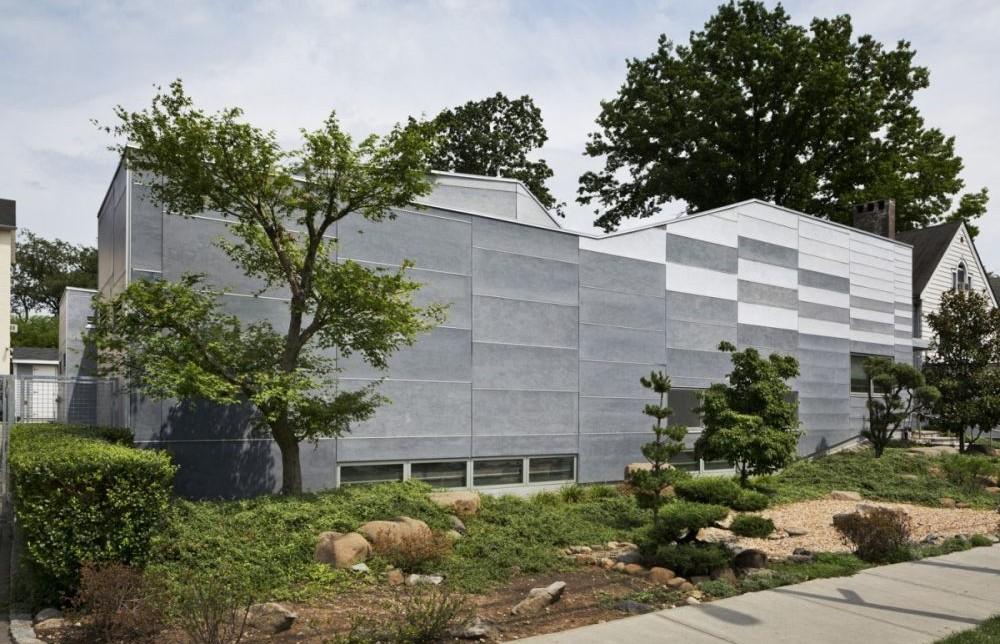 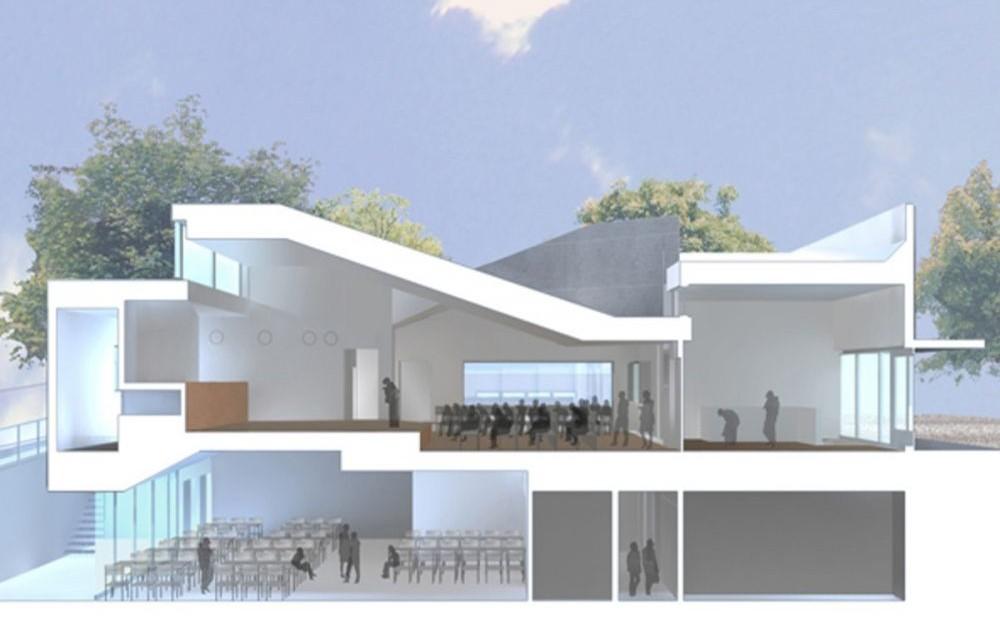 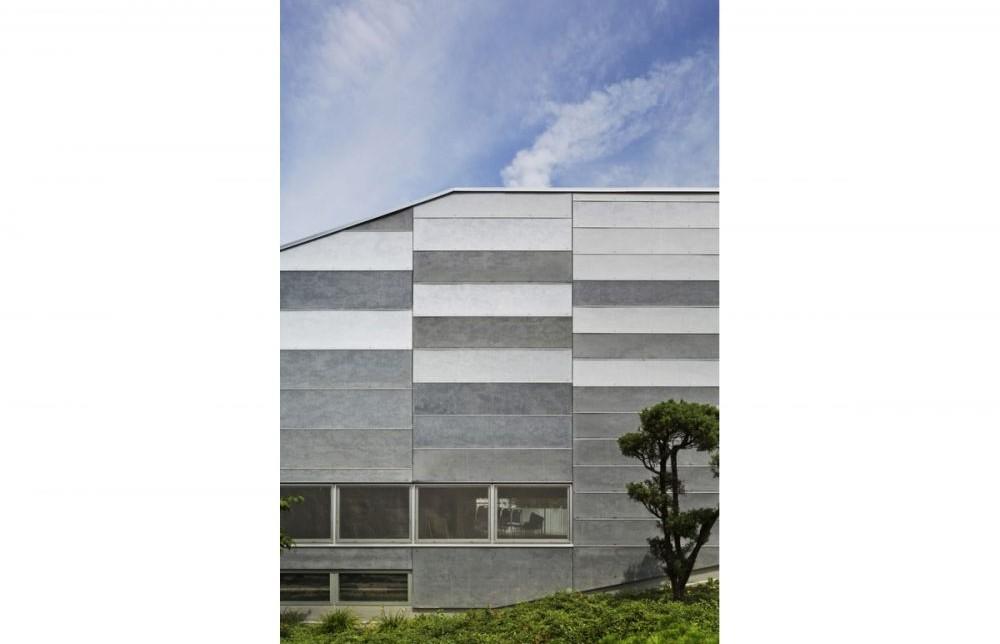 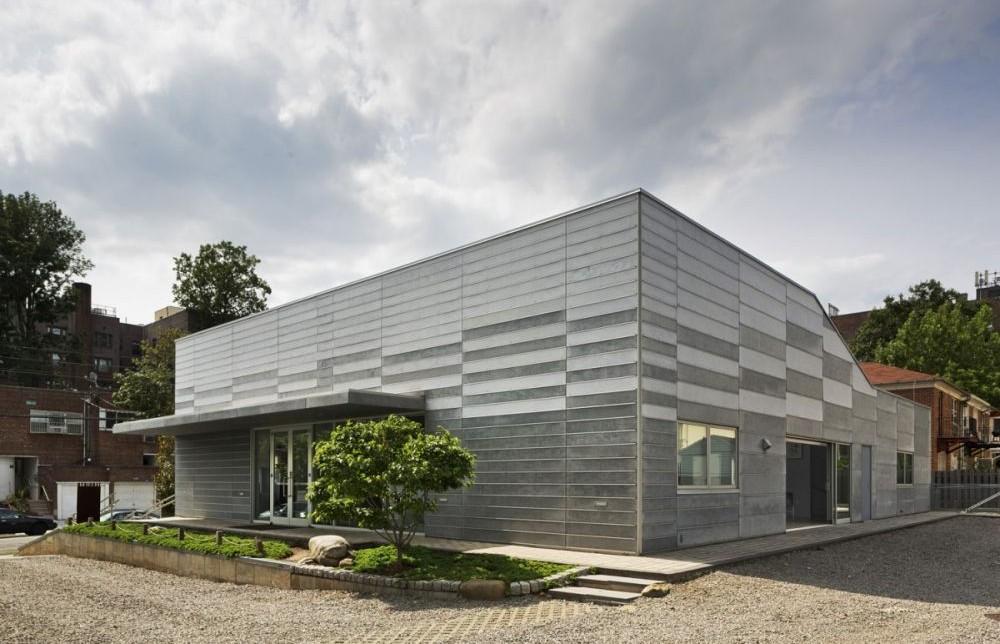 Tenrikyo Mission Center is a new 7,500sf house of worship in Flushing, Queens for members of Tenrikyo, a religious organization founded in Tenri, Japan in 1838. The religion has since expanded with representation in many countries worldwide, and this building is to be its regional center for New York City and the surrounding area.  Having previously designed two of their cultural outreach centers in Manhattan, Marble Fairbanks was asked by Tenrikyo to design this building for their religious ceremonies.

The monthly ceremony combines short sermons and musical and dance performances. The performers often approach the Jodan from their seats in the audience, which reinforces the intimacy and interactive quality of the ceremony. The worship hall was designed to bring the audience close to the performance by compressing the depth and extending the width of the seating area. The interlocking ceiling geometry reinforces this by suggesting a strong exchange between audience and performers.

The project is located in a residential neighborhood and is adjacent to two existing houses also owned by the church. The exterior skin is a cement board panel rain-screen that alternates in tone and gradates in scale from four inch strips on the south side, relating to the scale of the adjacent clapboard houses, to four feet strips on the north side enclosing the Jodan. The graphic pattern of the facades also alludes to the interlocking geometry of the roof structure that defines the interior space of the worship hall.

The worship halls of all Tenrikyo Missions around the world orient towards Jiba, the main sanctuary in Japan.  Because of the site condition, the New York Mission is placed parallel to the street with the main entry on the side.

Once inside, the orientation is emphasized by the geometry of the ceiling and by clerestories on the north and south walls and low windows on the east and west walls.  Clerestories above the shrines on the Jodan allow the audience to simultaneously watch the performances and see to the outside in the direction of Jiba.  Clerestories in the lobby allow visitors to simultaneously view outside toward Jiba and inside to the worship hall.

The spatial organization of the church centers on the Jodan – the stage for performances and the location of the shrines for offerings.  There is seating for 150 members in the worship hall, with the ability for that space to open to the outside for additional seating.  The religious service is followed by community dining, which takes place on the lower level. The dining hall looks out to an excavated garden along the north side of the building, with the Jodan floating above.  Other programs include office space, meeting rooms, a nursery, translation booths, and storage and preparation areas.

The exterior skin consists of cement board panels that alternate in tone to create a dynamic pattern on each elevation. A system of aluminum extrusions hold the panels in place as they wrap around the building in modules decreasing in size at 4-inch increments.