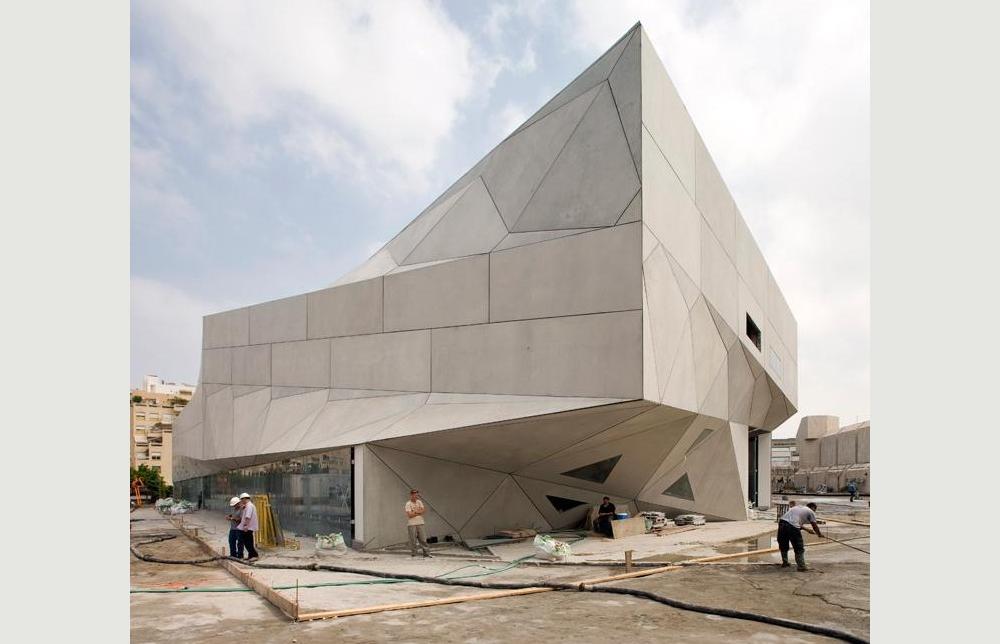 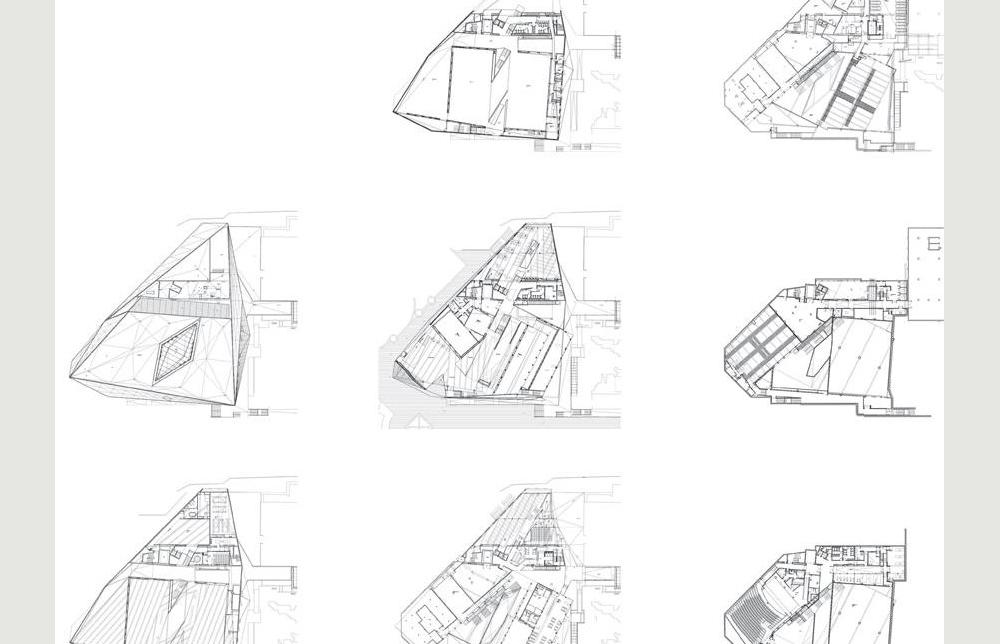 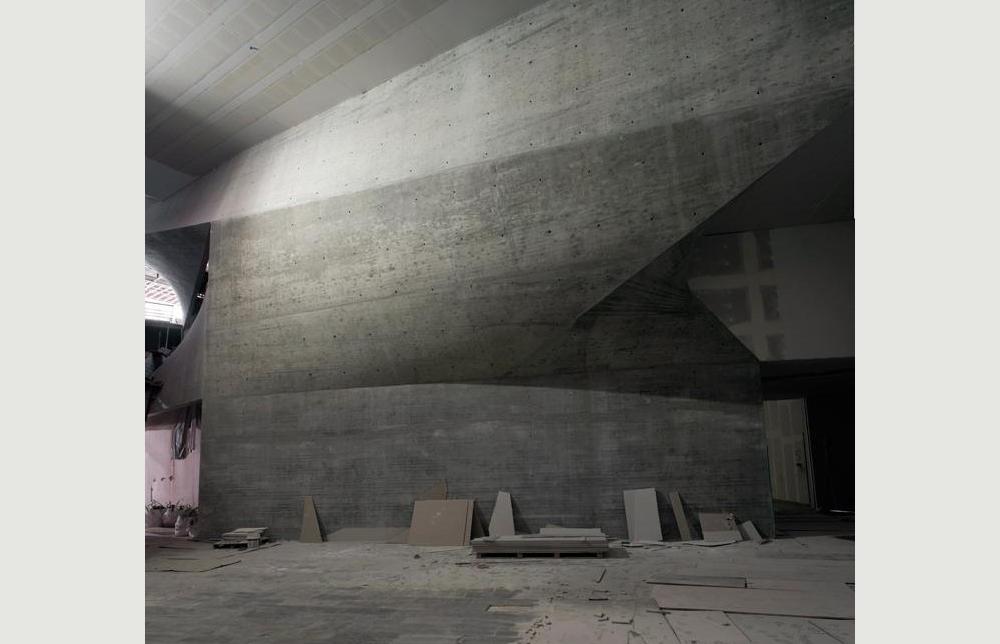 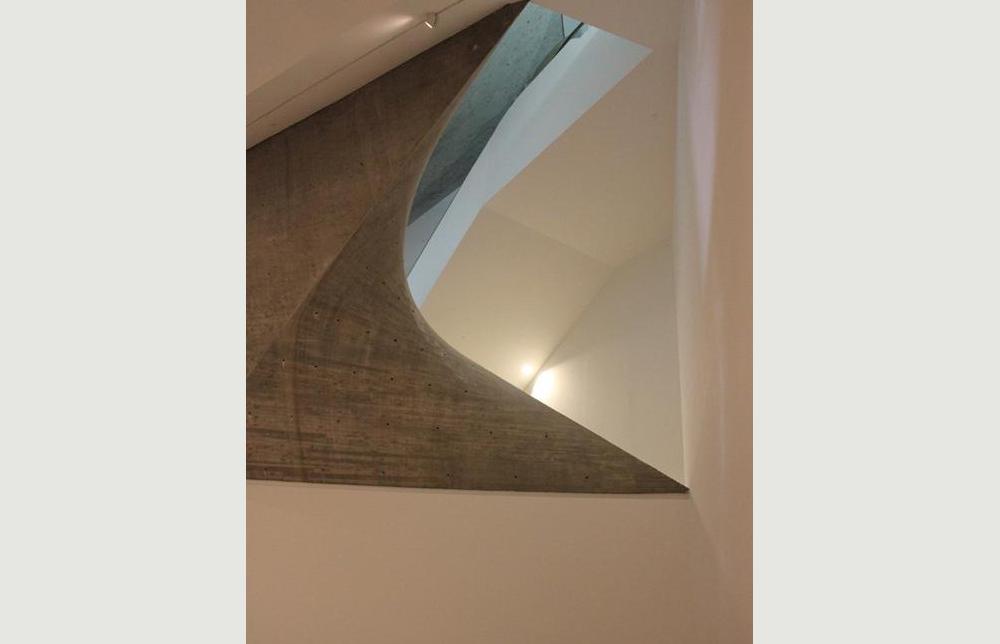 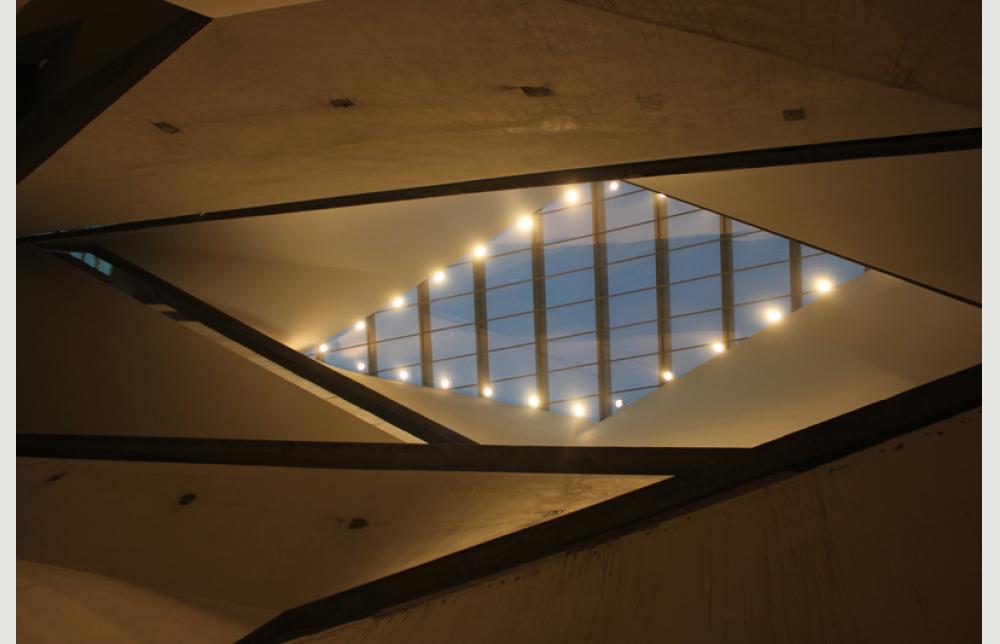 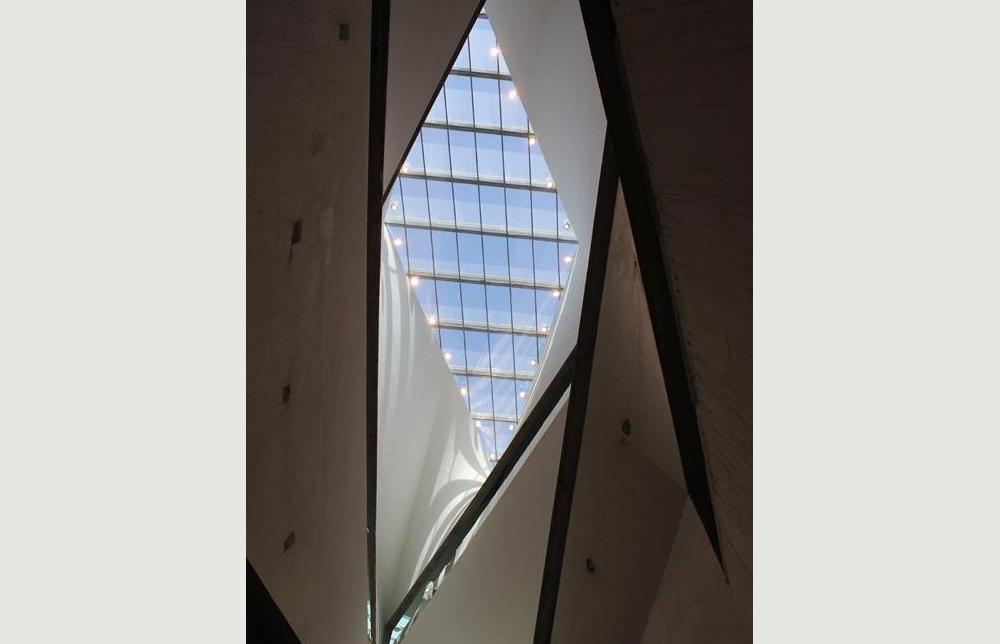 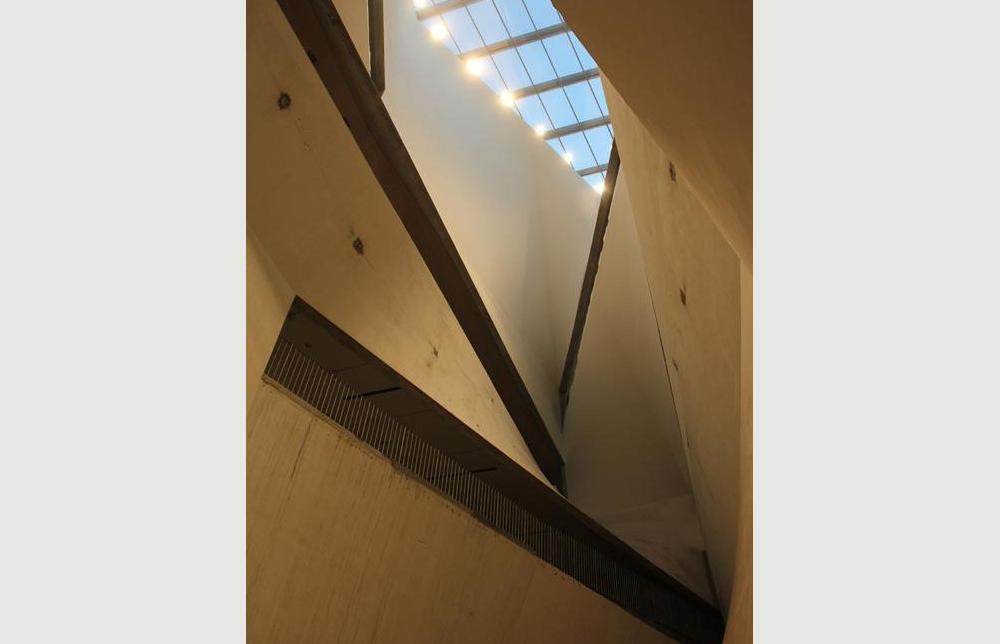 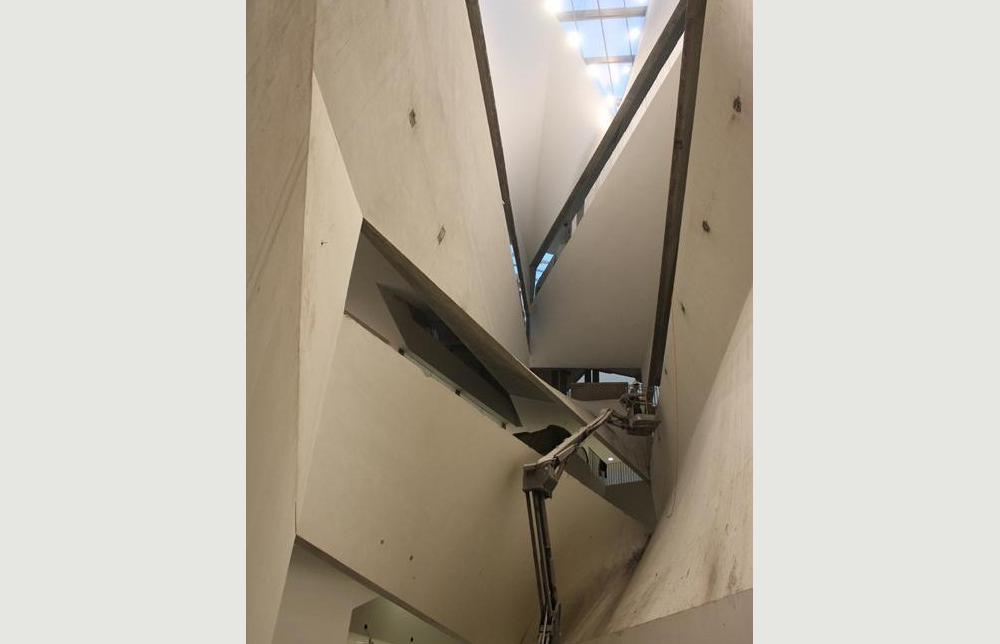 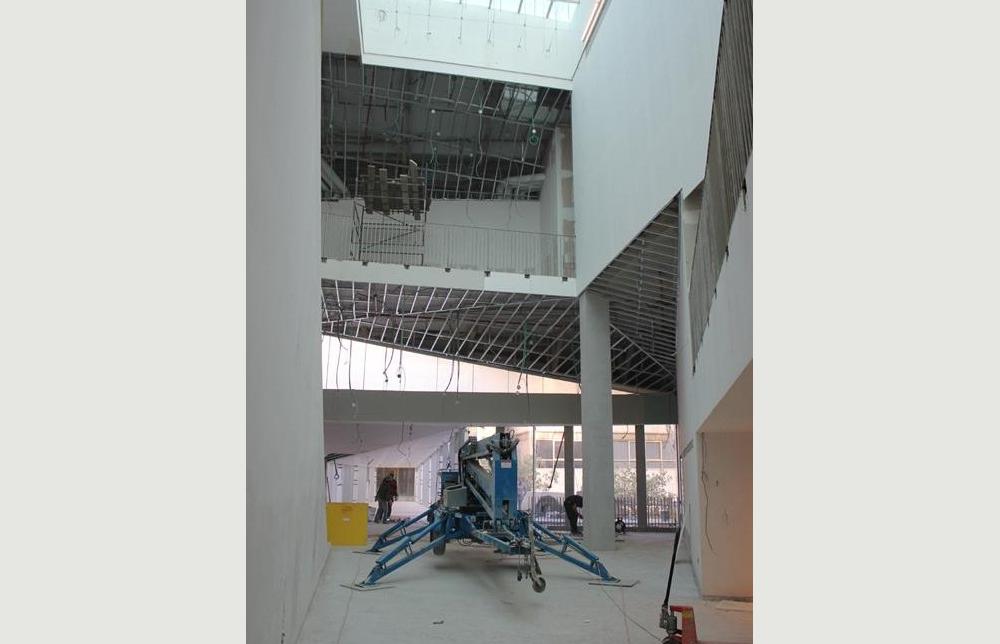 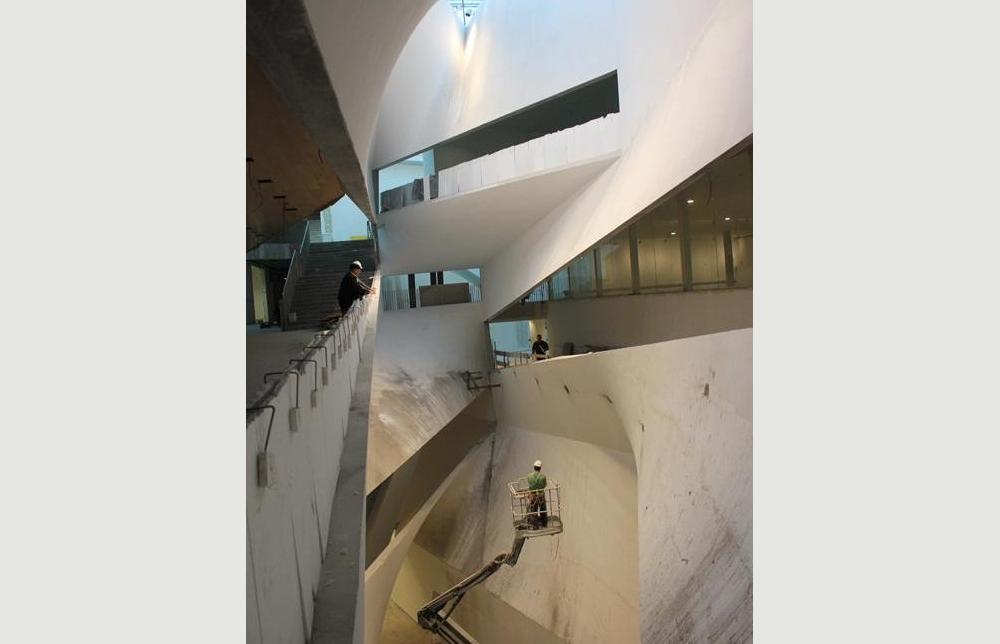 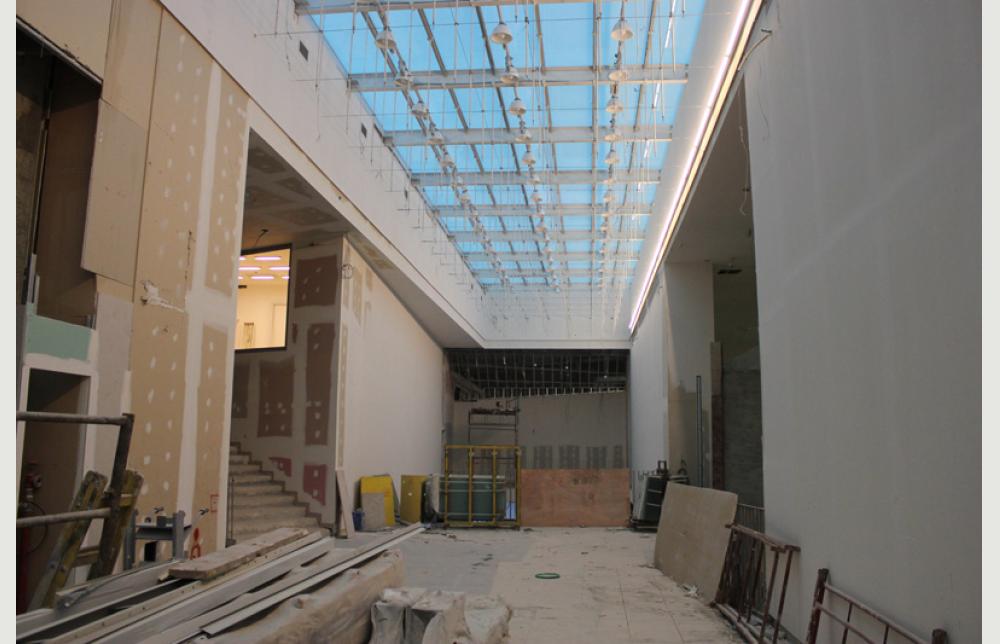 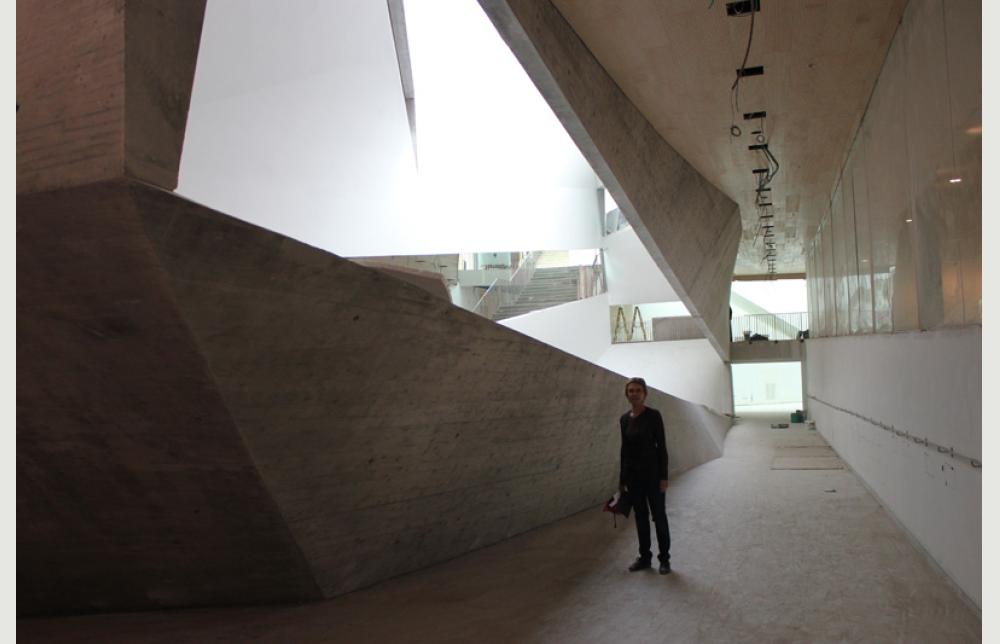 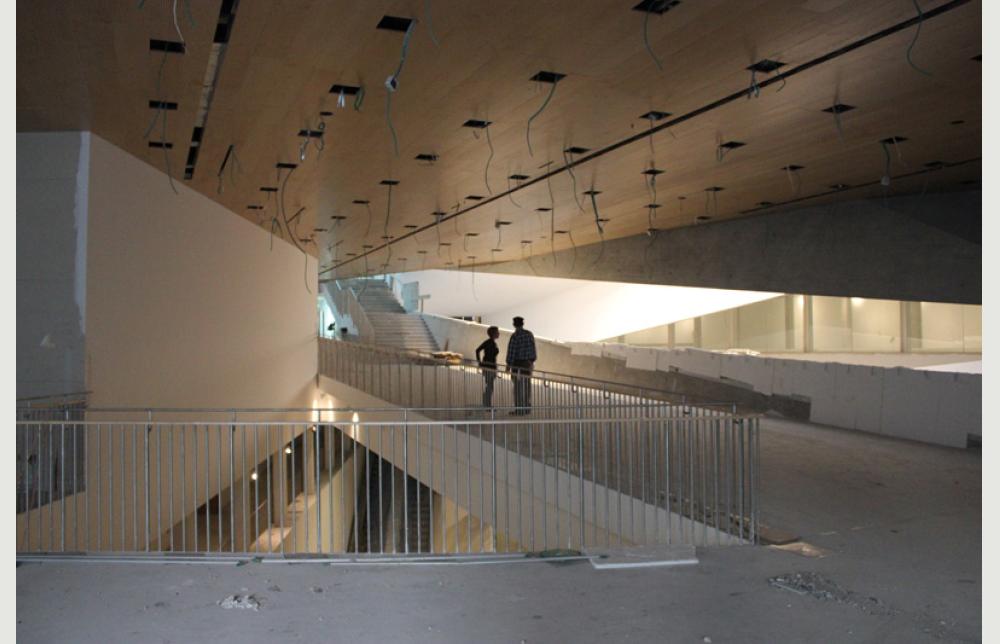 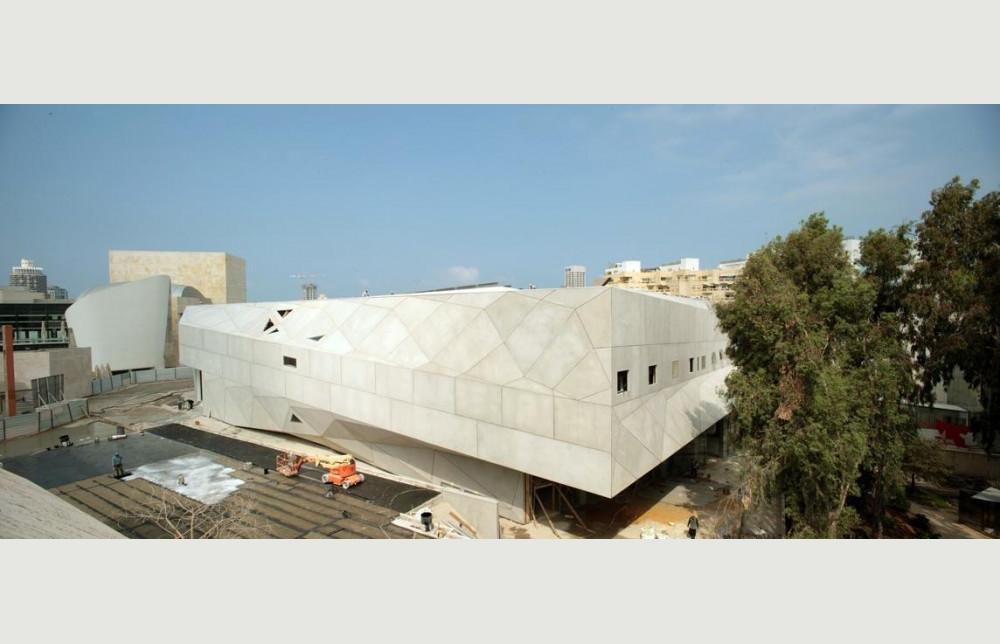 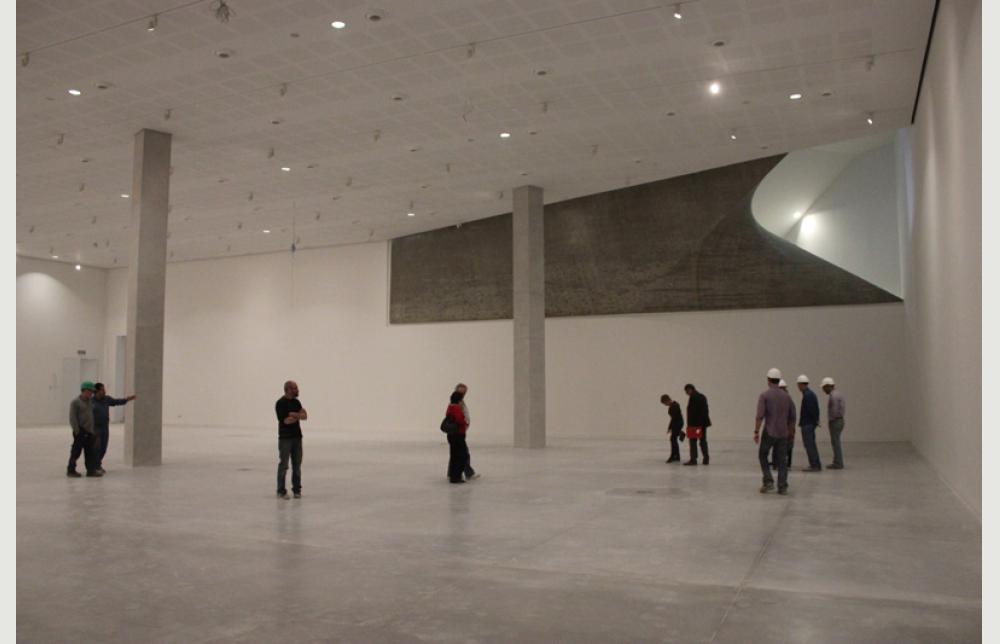 Located in the center of the city’s cultural complex, the program for the Tel Aviv Museum of Art Amir Building posed an extraordinary architectural challenge: to resolve the tension between the tight, idiosyncratic triangular site and the museum’s need for a series of large, neutral rectangular galleries. The solution: subtly twisting geometric surfaces (hyperbolic parabolas) that connect the disparate angles between the galleries and the context while refracting natural light into the deepest recesses of the half buried building.

The building represents an unusual synthesis of two opposing paradigms for the contemporary museum: the museum of neutral white boxes and the museum of architectural spectacle. Individual, rectangular galleries are organized around the “Lightfall”, an eighty-seven foot tall spiraling atrium. The building is composed according to multiple axes that deviate significantly from floor to floor. In essence, it is a series of independent plans and steel structural systems stacked one atop the other, connected by geometric episodes of vertical circulation.

The new building refers to the original building in such a way that the two can be seen as having a family resemblance. At the same time, it relates to a larger tradition of the new that exists within Israeli architectural culture. The multiple vocabularies of Mendelsohn and Bauhaus Modernism in Tel Aviv are resynthesized in an architectural language that is internationalist and

progressive in its cultural orientation.