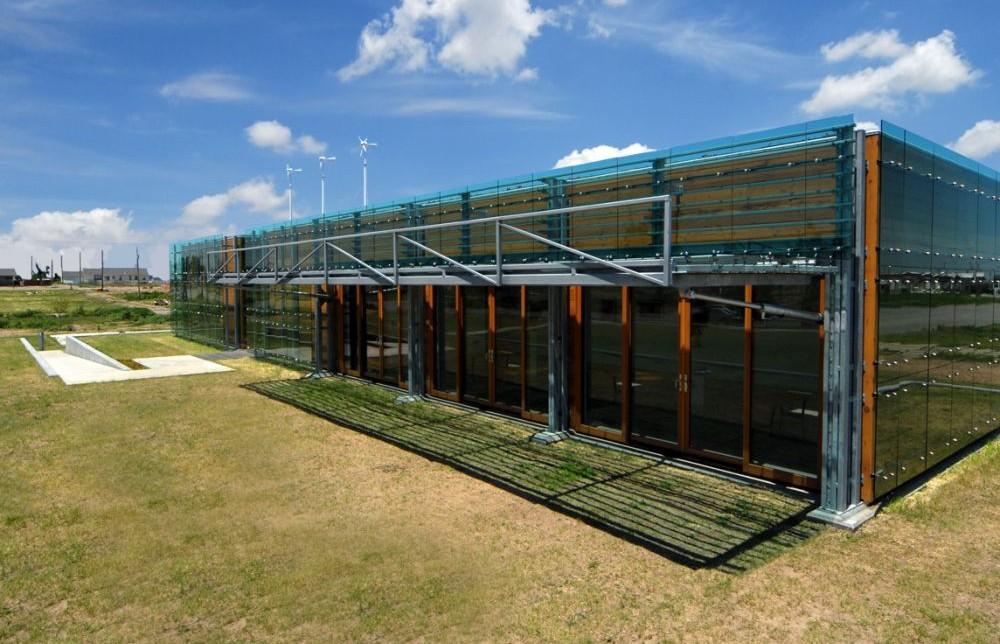 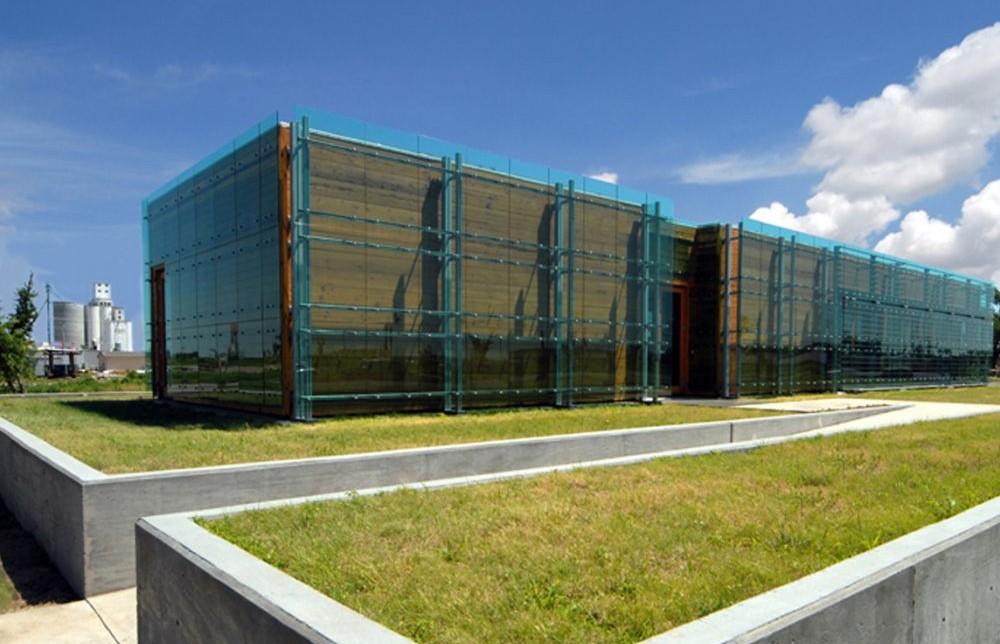 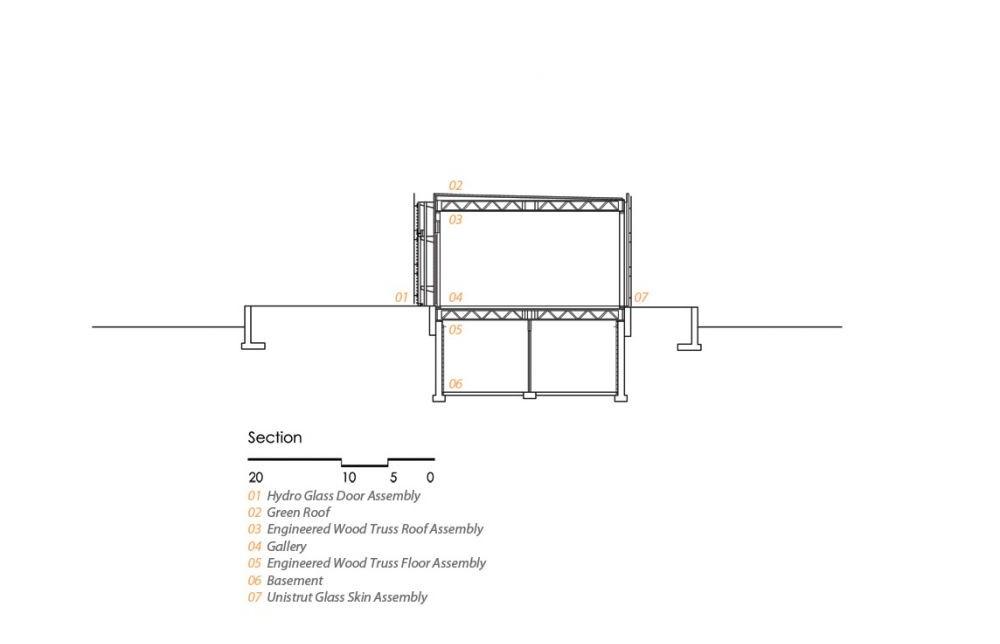 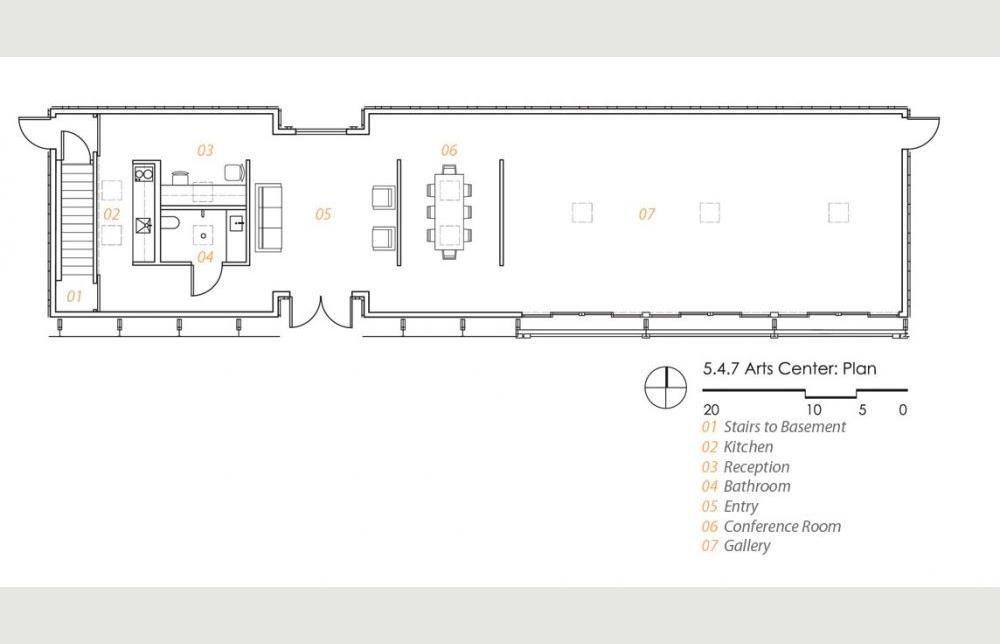 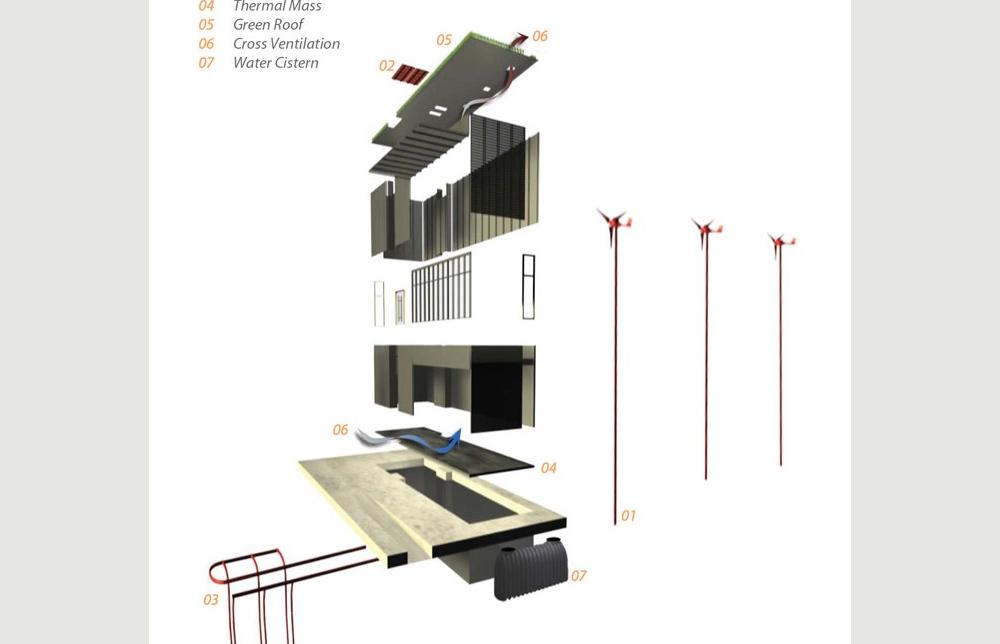 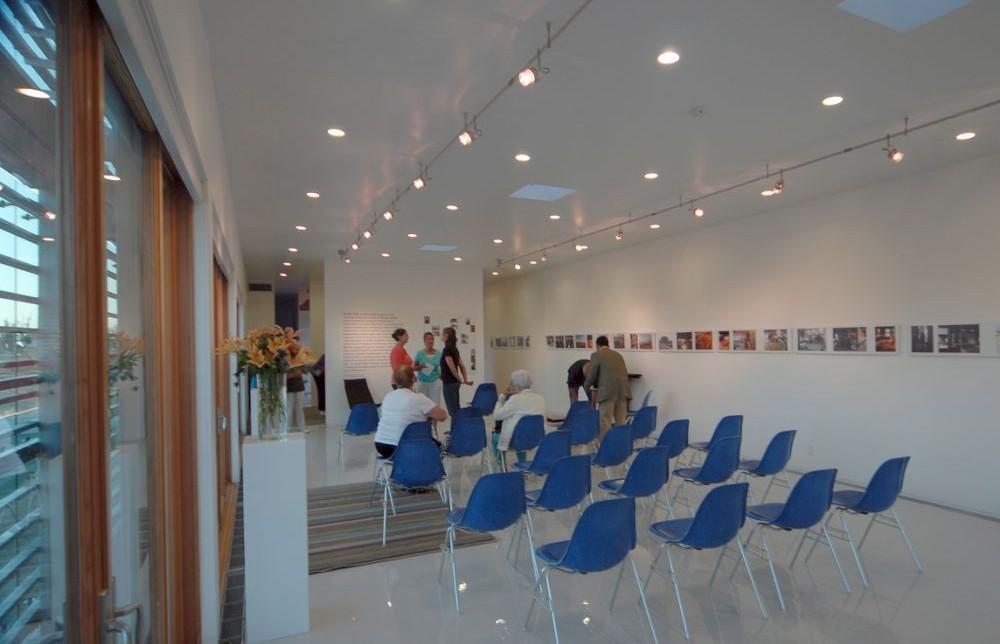 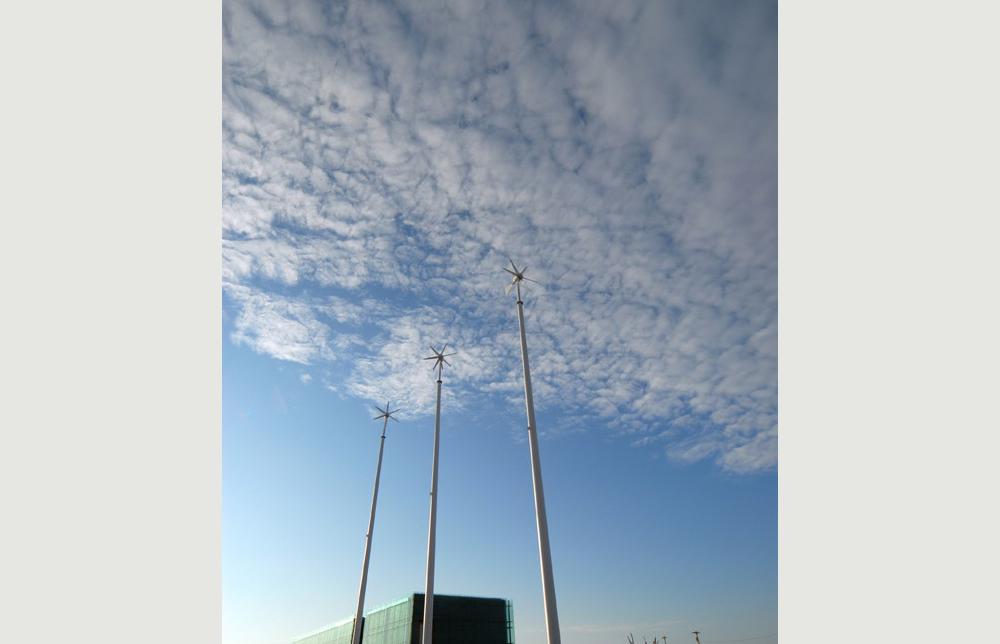 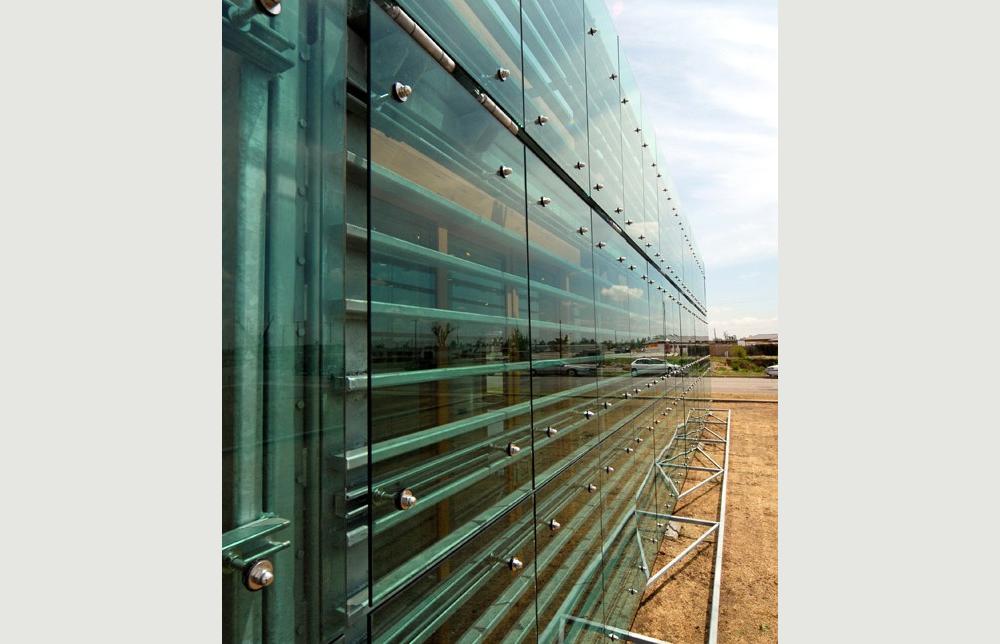 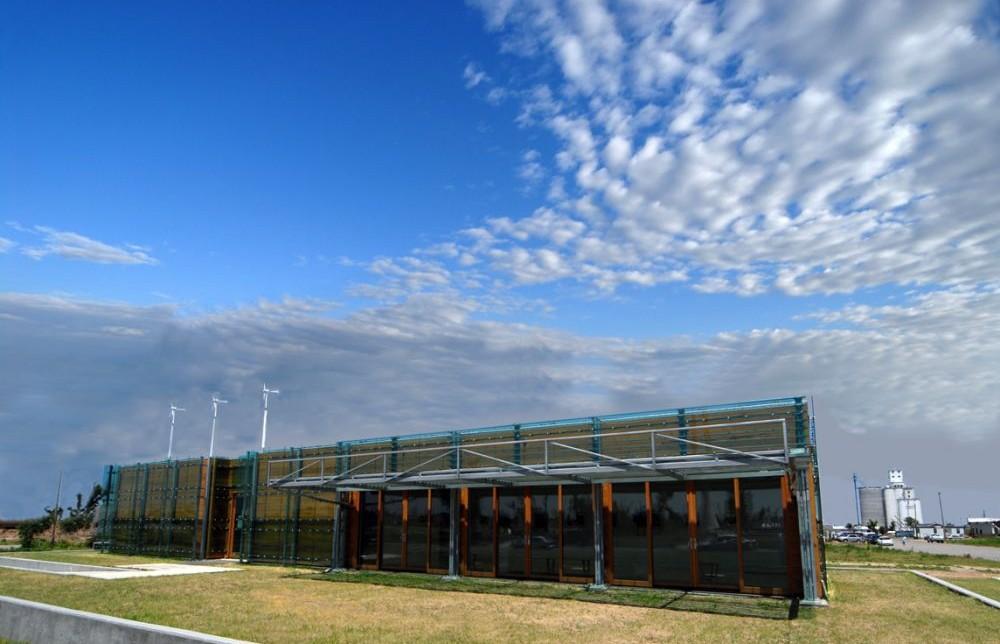 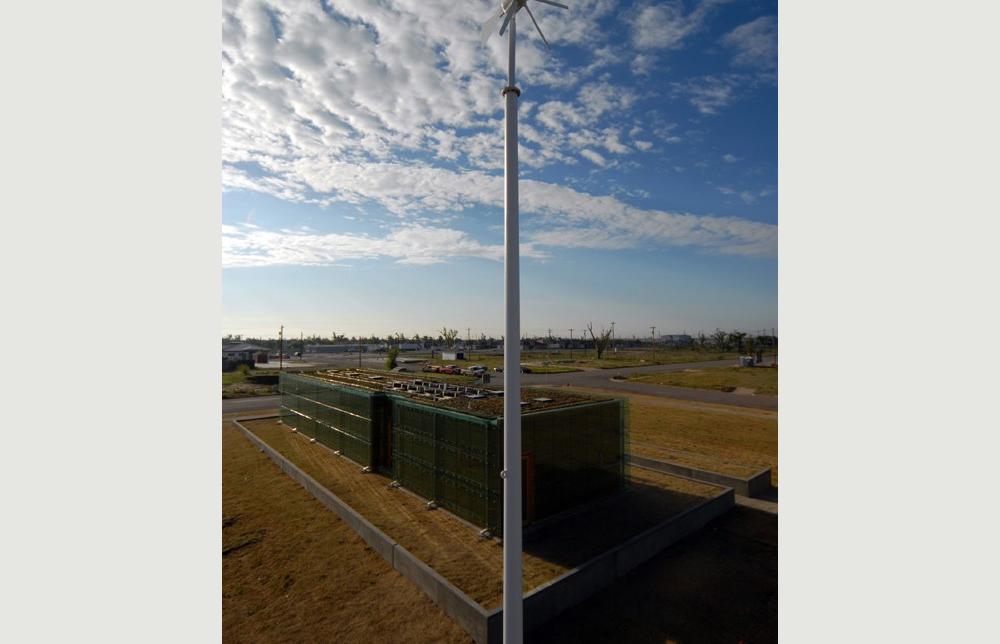 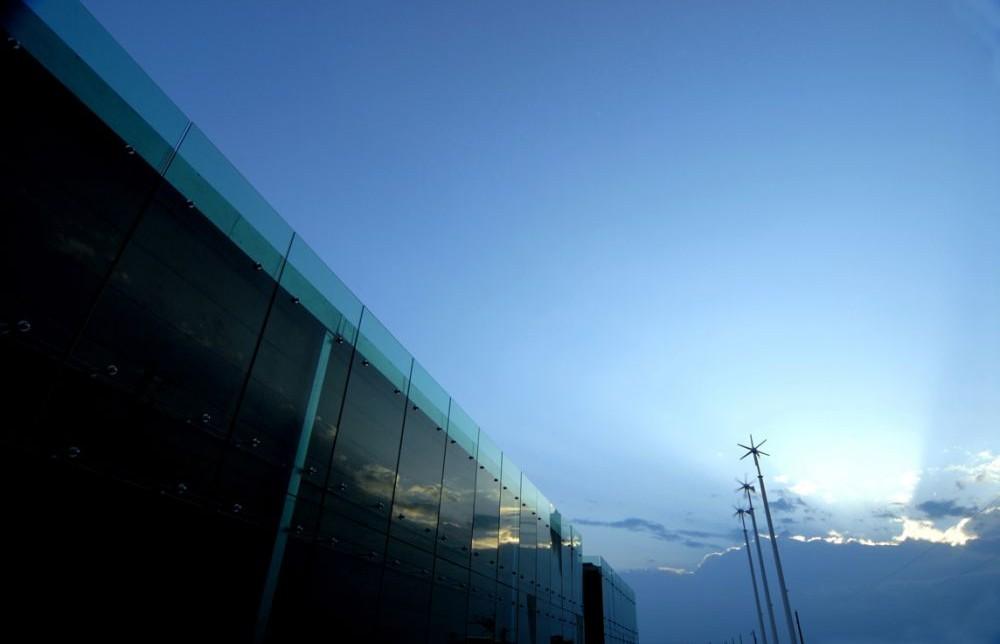 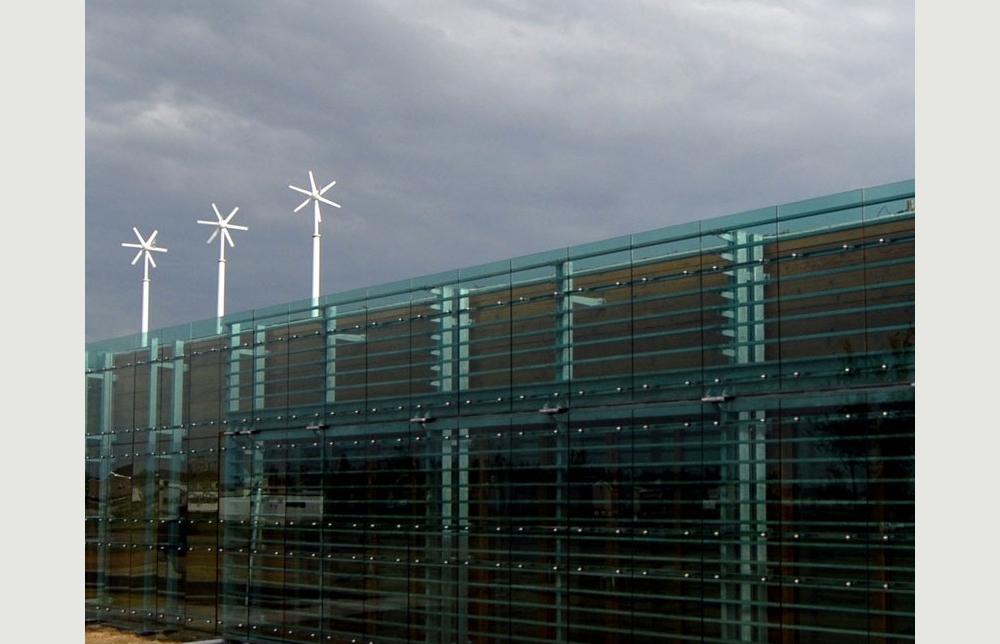 Description of Project
Studio 804s Sustainable Prototype is a collaboration between the well established graduate student comprehensive studio at the University of Kansas School of Architecture and Urban Planning and The 5.4.7 Arts Center in Greensburg, KS. The construction and delivery of The Sustainable Prototype was provided to the 5.4.7 Arts Center on the one year anniversary of the tornado that devastated Greensburg, Kansas. Although the building was developed for the long term use by the Arts Center, its immediate use as the first completed public facility serving as a beacon for the community and its ambitious rebuilding efforts was a motivating factor in its design.

LEED certification
Following the tornado, the Greensburg City Council passed a resolution requiring all publicly funded City buildings to be rebuilt to the U.S. Green Building Councils LEED Platinum level of certification. Although the Arts Center is not built with public funds Studio 804 raised the bulk of the funds for the project Studio 804 feels strongly about supporting this decision by striving for the highest possible LEED certification level and providing an example of the sustainable practices that can make this resolution a reality. On June 16th, the Sustainable Prototype became the first LEED Platinum building in the state of Kansas, as well as the first designed and built by students.

Community
Being the first permanent community building rebuilt in the town, it was important that it serve many functions. The sustainable prototype is an example to the people of the community of how building green can be accomplished in their own homes. However, the art gallery also acts as a space for meetings, parties, picnics, art classes and lectures; it is transformed into the town theatre on the weekends with movies on the lawn and, situated across from the towns main tourist attraction, it has developed the downtown to become a tourist destination point.

Sustainability
There is a history of implementing innovative sustainable methods in each Studio 804 project. Sustainability is the driving force of Studio 804 in creating projects that serve the community through modern architectural design. This years Sustainable Prototype includes the following sustainable features:

Passive Systems
Through intelligent passive design, Studio 804 is utilizing and harnessing the natural fluctuations in temperature and air movement in a building caused by the predictable changes in the movements of the sun through the cycle of the seasons. Four contiguous sites were acquired to enable a broad south exposure.
Thermal mass glazing based on solar orientation
Natural cross ventilation keeps the volume of space from overheating in the summer
Green roof insulates the building and reduces the heat island effect
Water cistern captures and reclaims storm water
Dry well recharges groundwater slowly, reducing the need to send storm water to city system

Active Energy Systems
The combined active systems create an energy efficient building, using less non renewable energy than traditional building. Expectations of the system based on building loads is that it will be able to provide for 80 to 120 of building loads, depending on the season and wind speed.
Wind turbines: Three 600 watt, 48 volt wind generators, provided by Kestrel, will each produce approximately 143 kWh per month, given an average 11 mph wind speed. This provides a total of430kWh per month.
Photovoltaic Panels: The Solar System, provided by BP, is 8 panels, 175 watt each, wired at 48 volts for a total of 1400 watts 1.4kW generated per hour. Given approximately 5 hours of sunlight per day at an efficiency converting 80 of the solar input, an expected 140 kWh per month will be produced from solar.
Geothermal Heat Pump: Three 200foot wells circulate an antifreeze solution at a rate of 9 gallons/min for heat transfer. The exchange between the solution and the constant temperature of the earth uses less energy than a typical heat pump drawing from the varying outside air temperature.