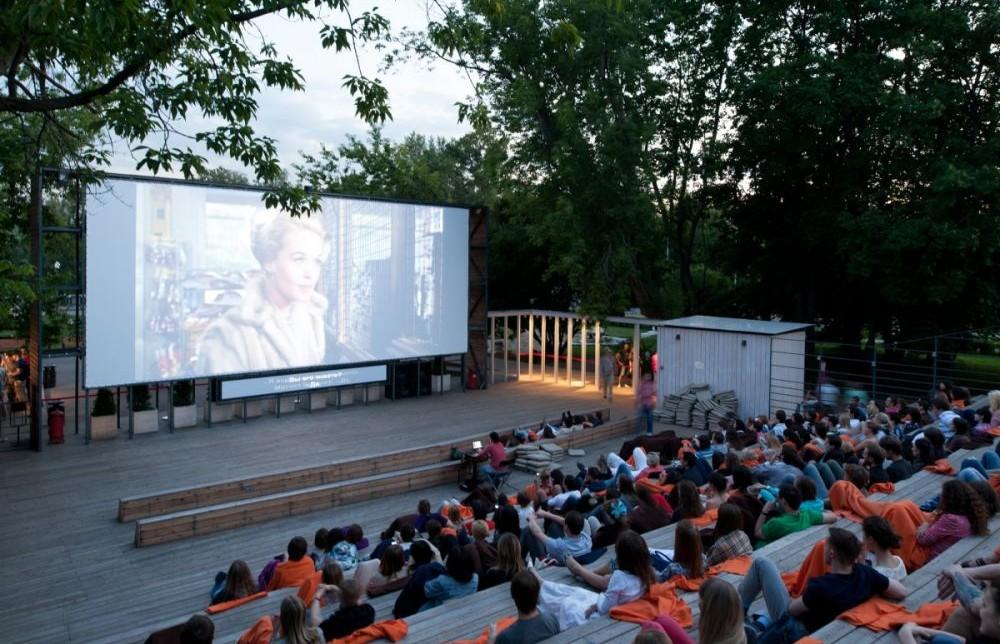 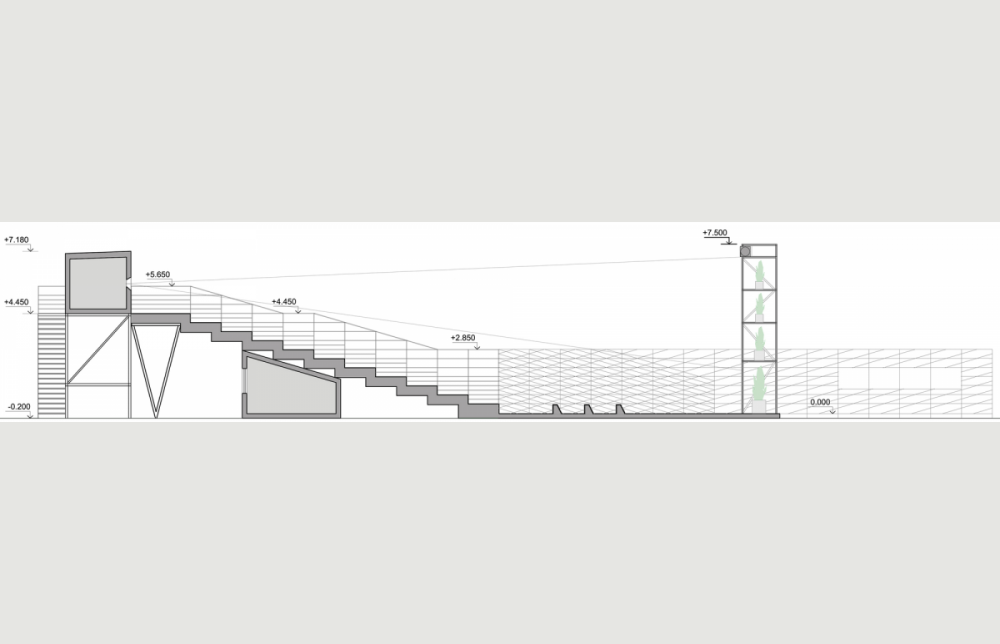 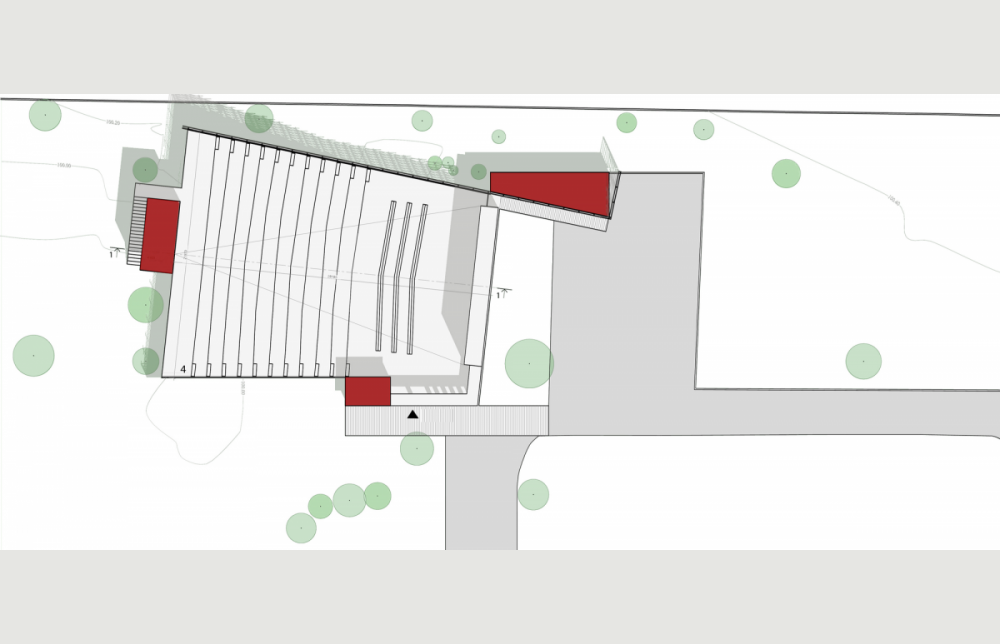 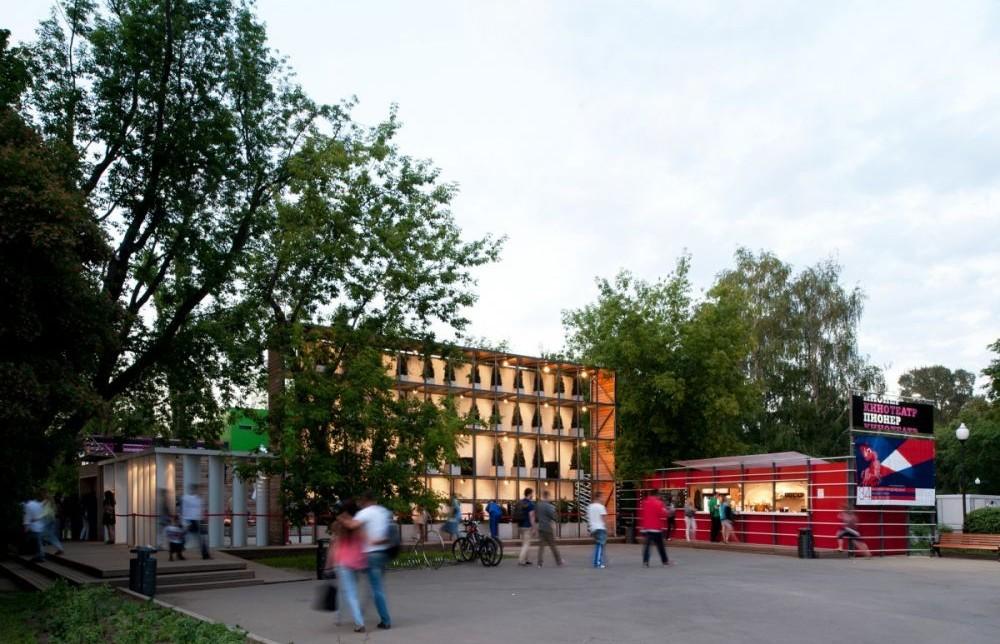 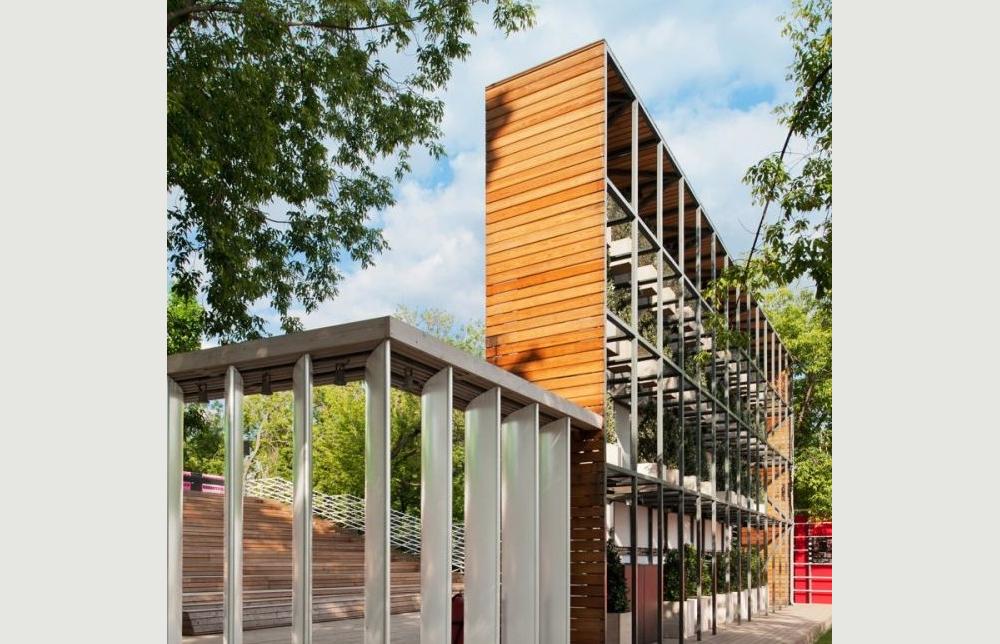 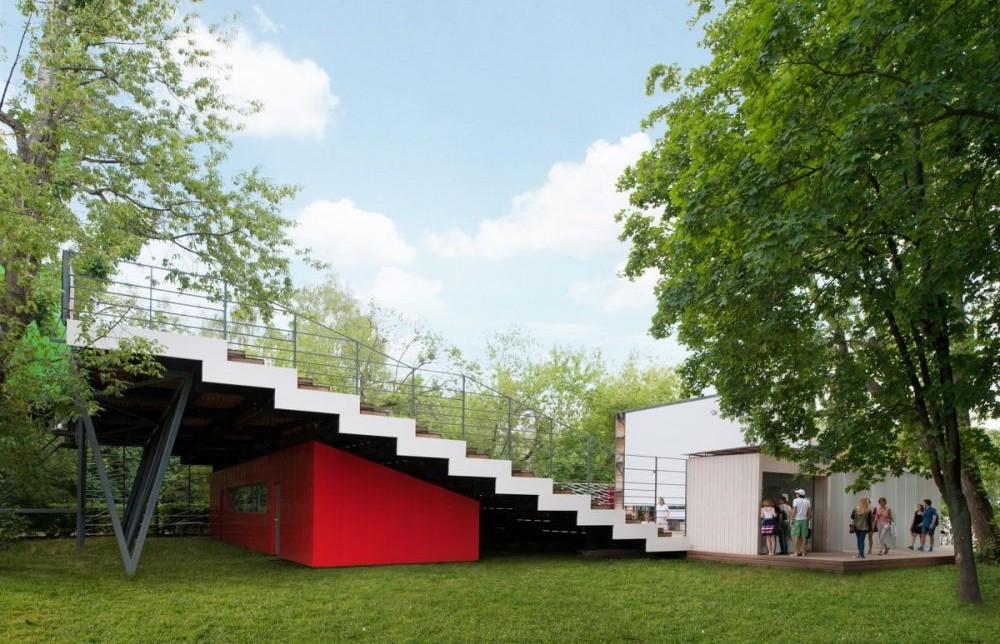 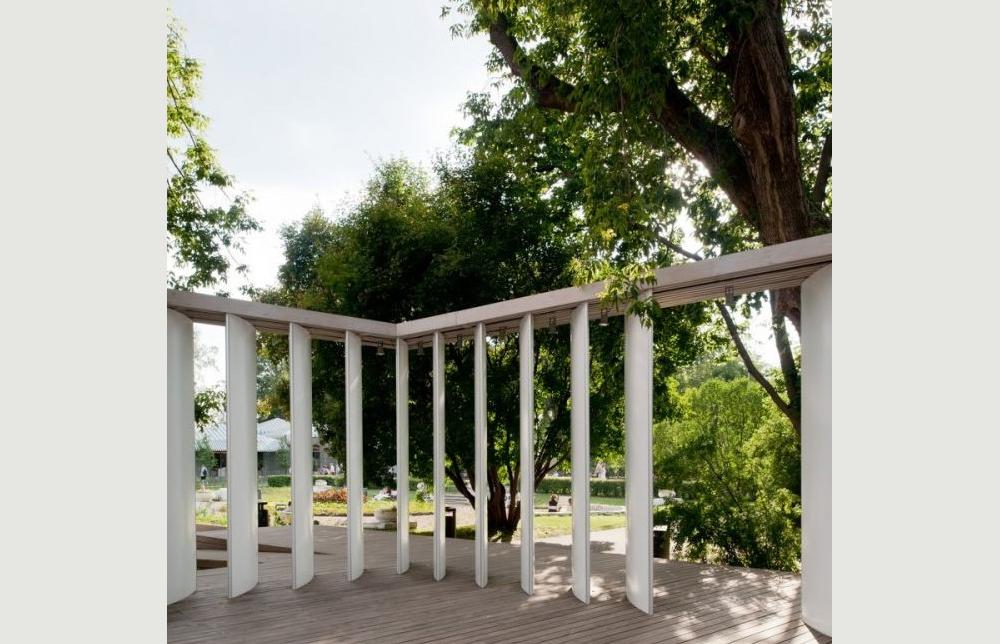 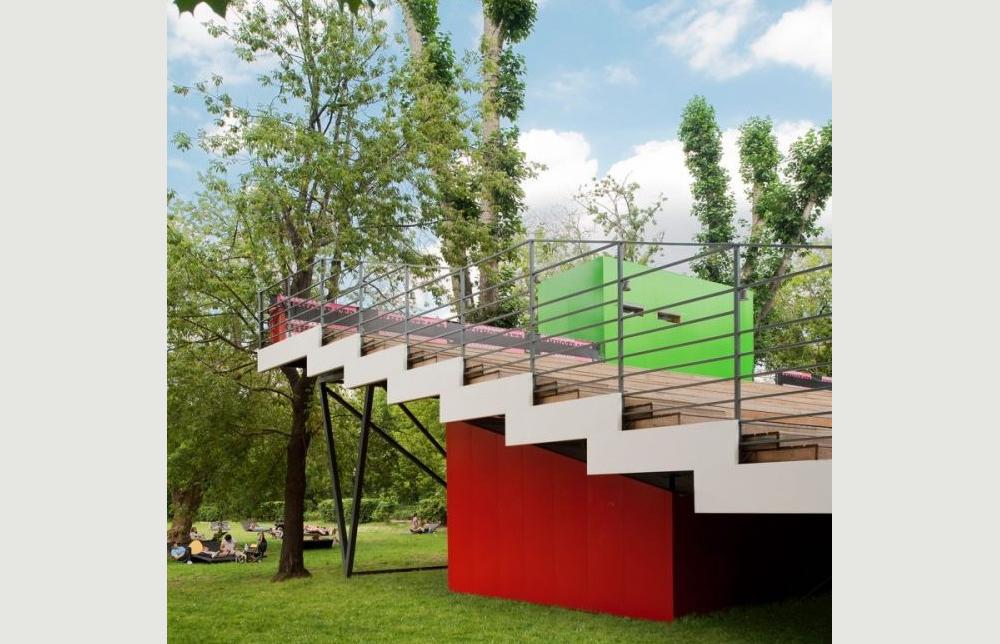 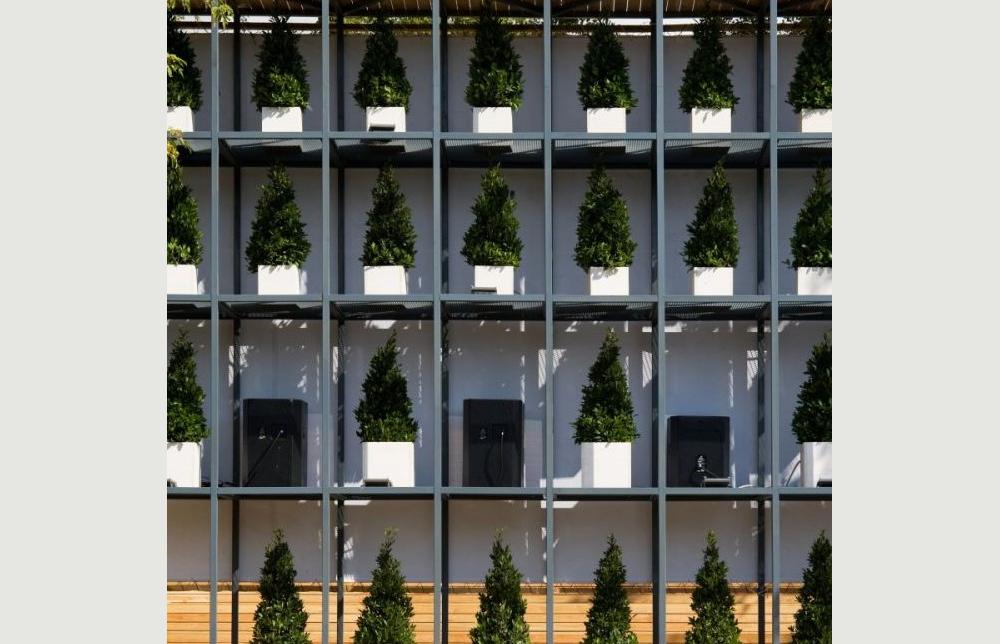 We decided to make the cinema as understated as possible. The main idea was to take the functional layout of a cinema and strip it of all superfluous details – in our case, of the walls and ceiling. Thus we were able to dissolve the new building in the landscape of the park. We proposed constructing the auditorium in the form of an amphitheater that would be open to visitors almost round the clock.

The Pioneer Cinema is always ready to receive guests. During the daytime the cinema area is accessible for relaxation and diverse activities ranging from yoga lessons to public lectures. And during the hours of darkness it is a venue for film screenings. To preserve the permeability of the space, the screen is not a smooth and aperture-less wall, but a light and open set of shelves. The individual cells are made from metal rods and contain bay trees in pots and acoustic apparatus.

The principle of ‘transparency’ is maintained by the entrance area to the cinema, which consists of a series of slats. The role of walls is played by the high trees that surround the structure. The back rows of the cinema afford glimpses of Golitsyn Pond and a panoramic view of the park. When the film screenings begin, the audience sits or reclines on pillows directly on the amphitheatre steps. There are additional places in the space in front of the steps.

The wide steps of the auditorium are slightly ‘broken’ in outline in order to avoid having even lines of rows; they are faced with wood. The lightened structure of the amphitheatre has made it possible to leave a substantial part of the lawn open and use the space under the seating area as ancillary rooms.