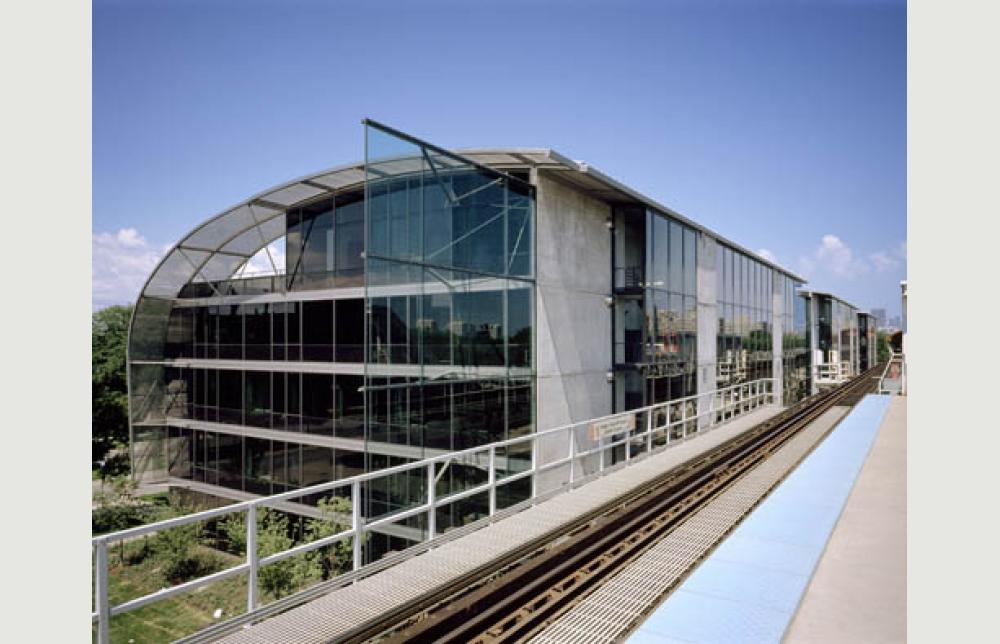 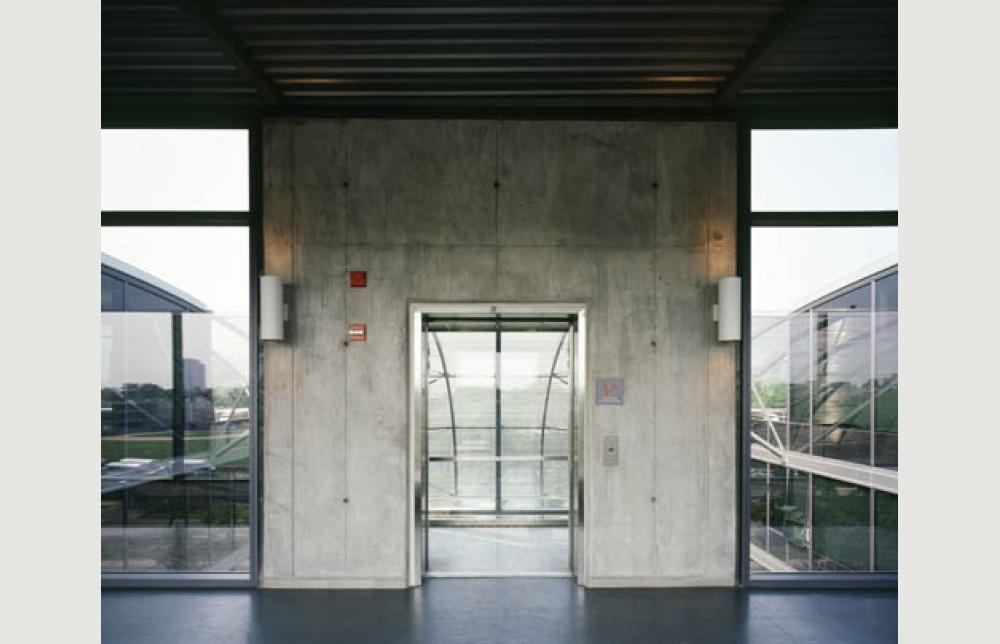 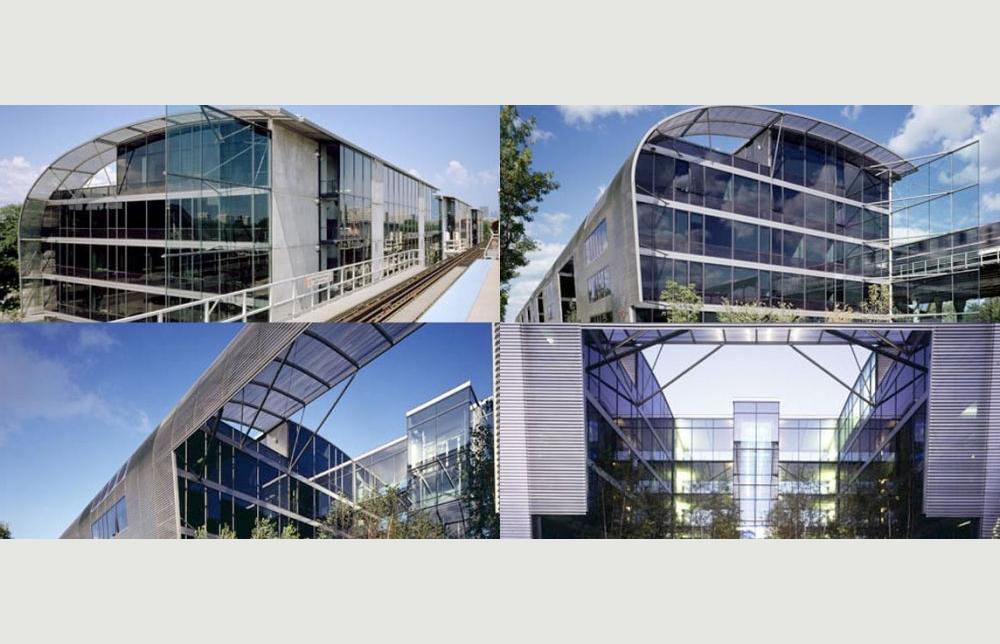 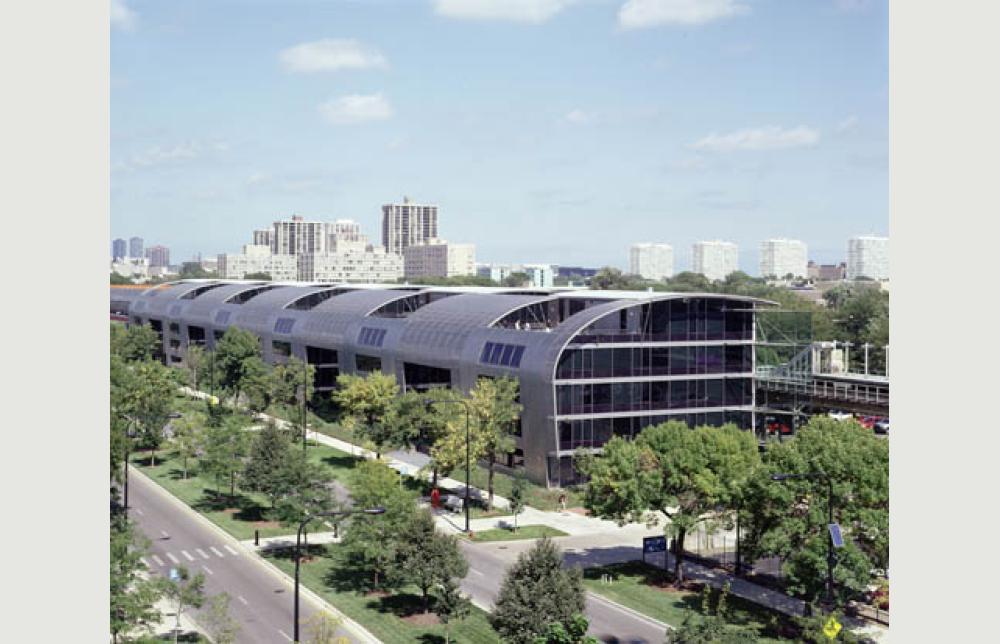 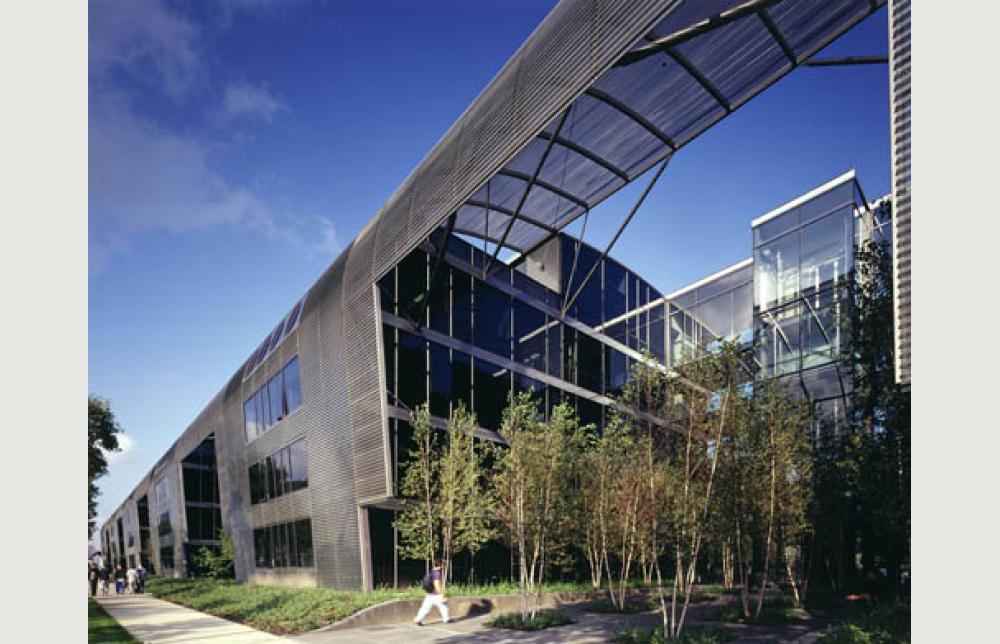 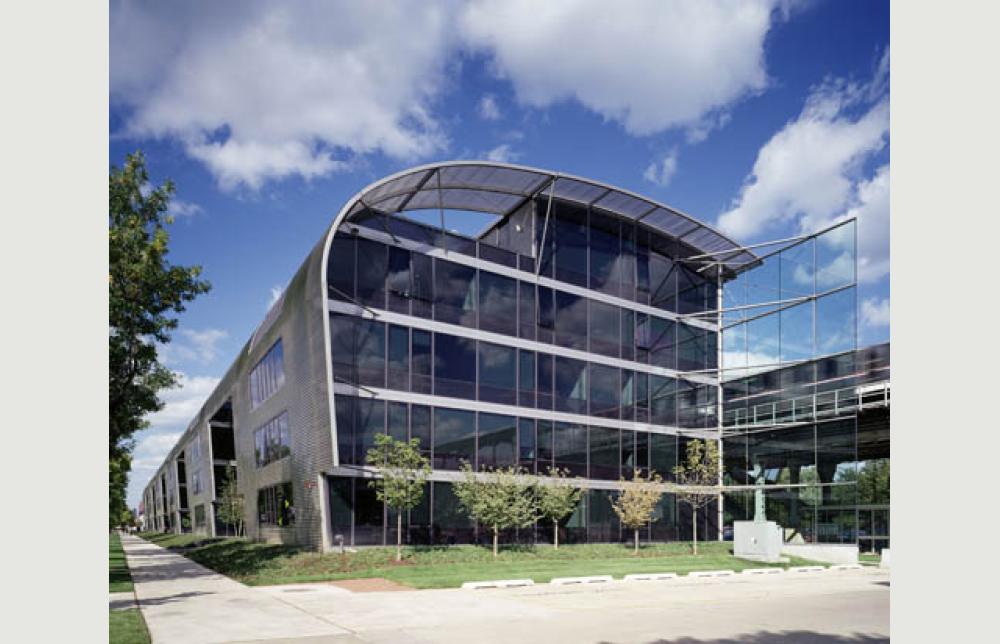 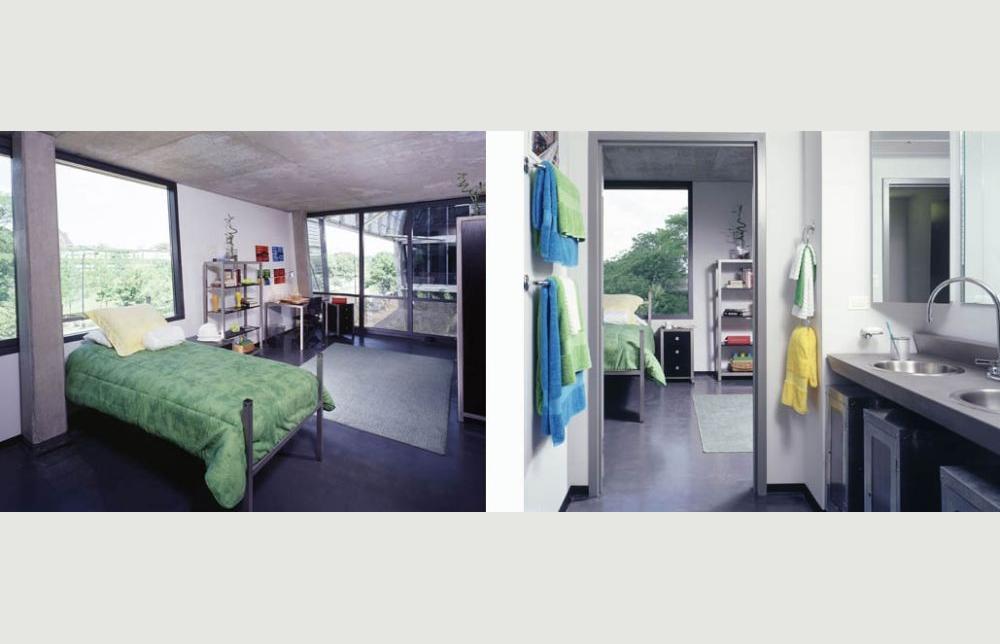 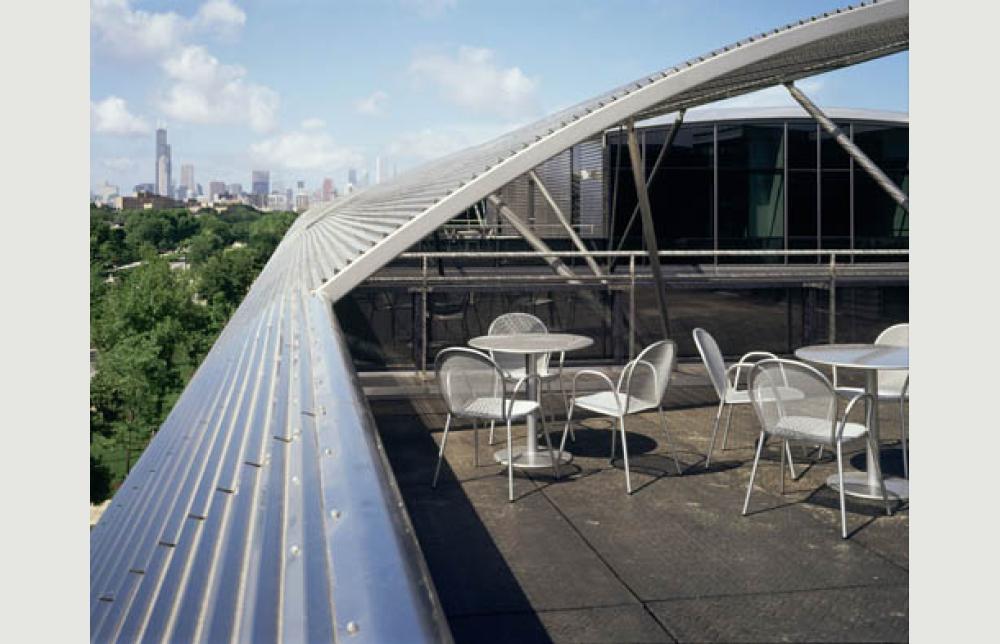 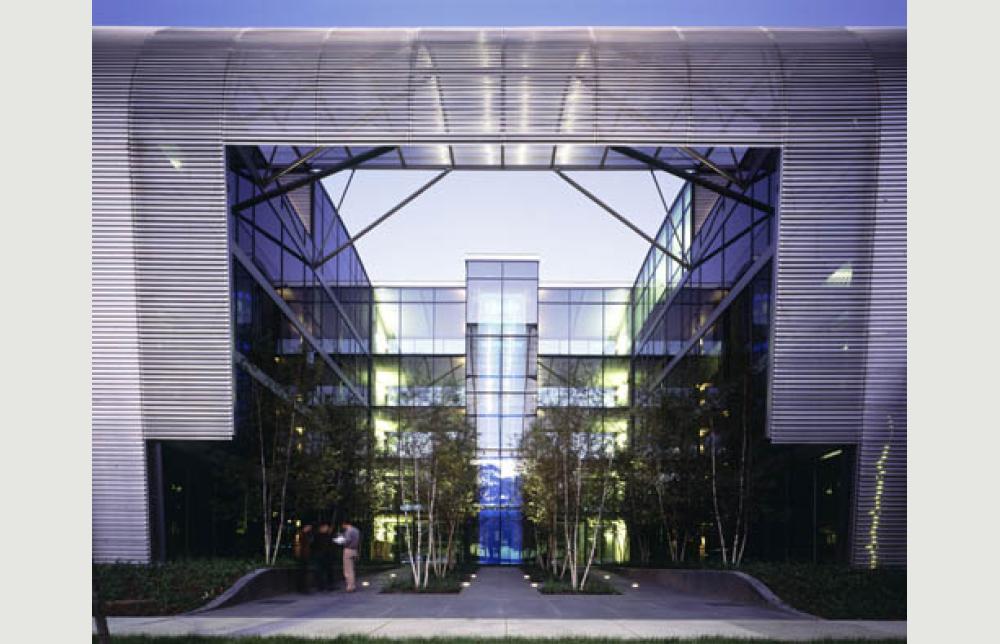 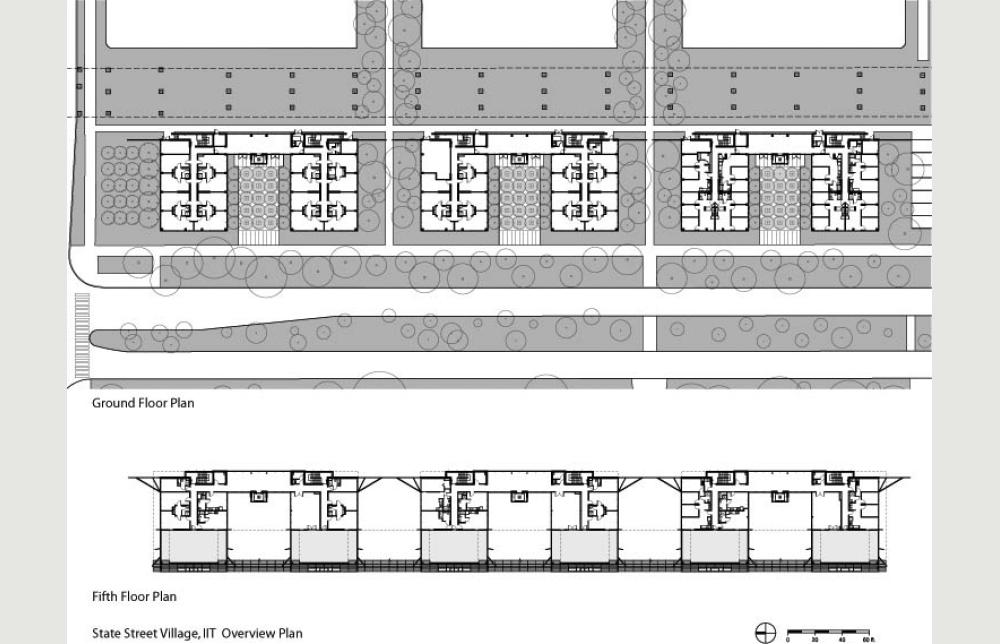 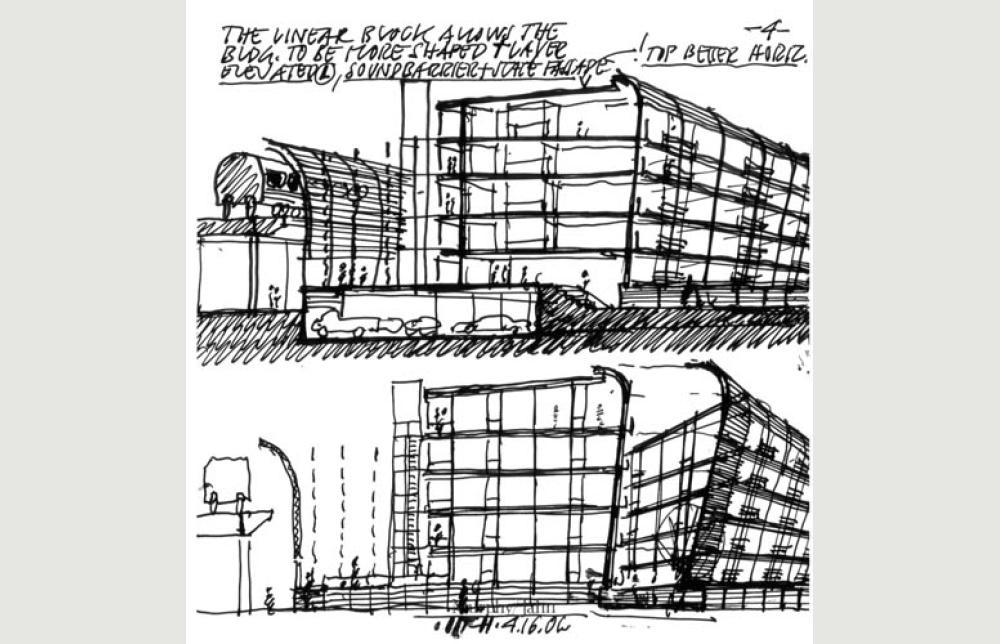 Through an invited competition we won the commission for the IIT-Student Housing.
The site, across the college146;s Main Quadrangle and Mies146; Crown-Hall, has to respond both to the Quadrangle as a space defining wall, as well be pervious, allowing east-west movement through the campus, which is divided through the north-south barriers of State Street and the elevated train.
Between three U-shaped buildings forming entry-courts are two 145;sally-ports146;. Facing the railway line glass screens protect against the noise of the trains. The curved west-faccedil;ade of profiled stainless steel panels merges at the set-back-floor into the roof and reinforces the idea of an extrusion.
At the courts and sally-ports the wall projects and the panels are perforated and form screened gates.
The low budget did not allow planning for long-term energy/comfort measures in the MEP-system. However, the comfort of the user has been improved by simple means, like coated, low-E glass, maximizing daylight, natural ventilation and a specially designed furniture system allowing the students maximum flexibility in placement and use.
The earlier unbuilt project for the Campus Center occupied partially the same site. Its program and use led to a building of components, which are flexible, adaptable and exchangeable over the buildings146; life. The housing project did not require such a strategy, but resulted in a clear response to the urban condition with a bold curved form and industrial materials facing the rigor of the Mies-Campus.