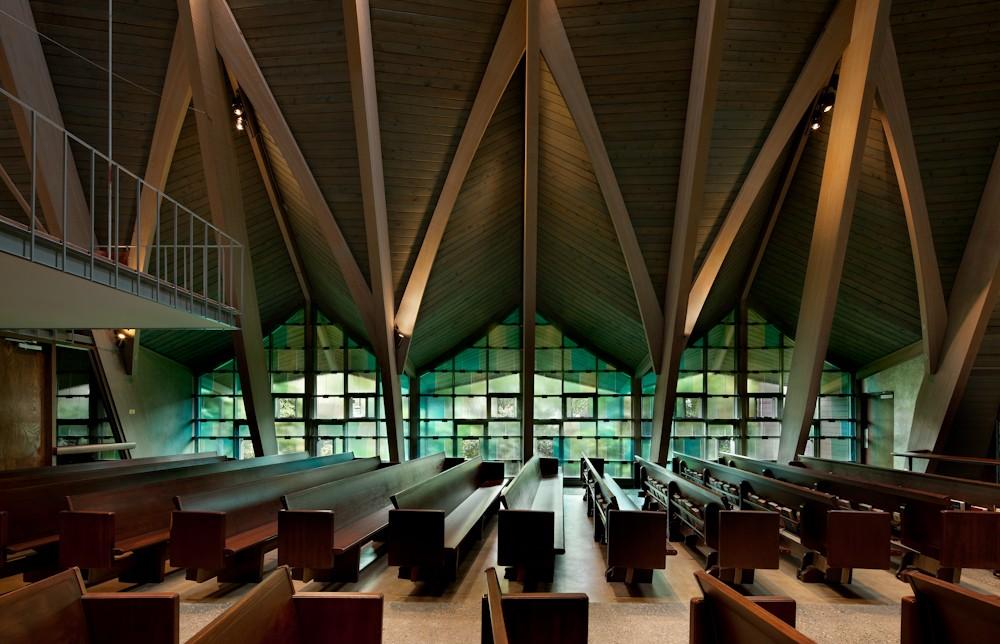 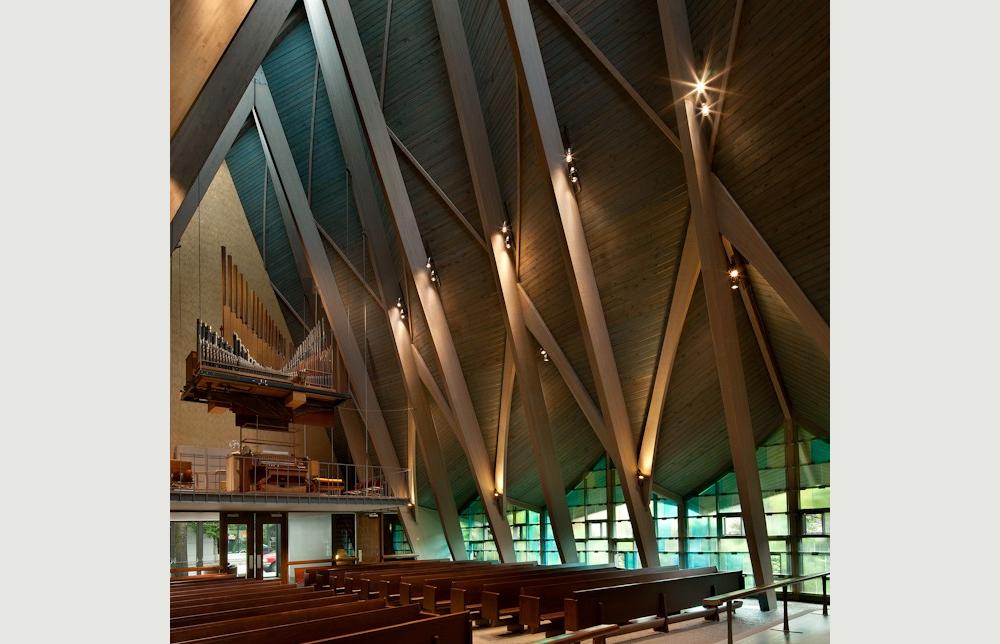 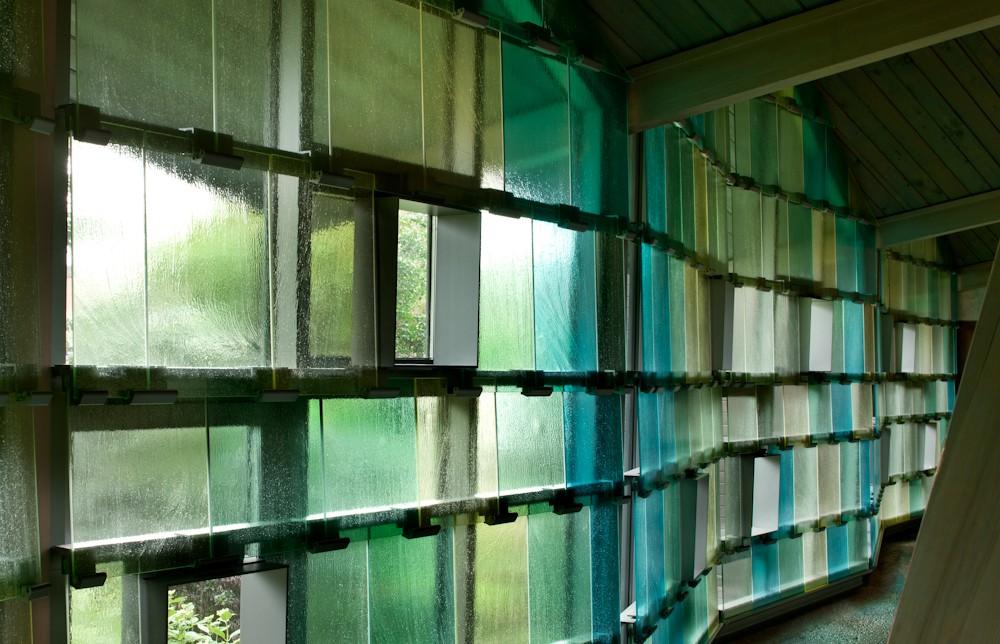 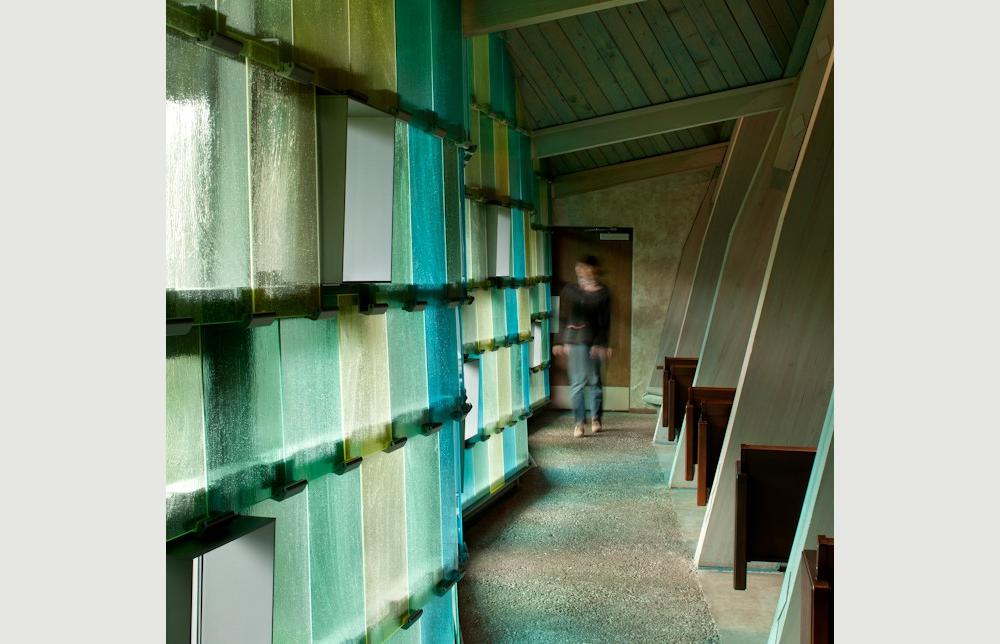 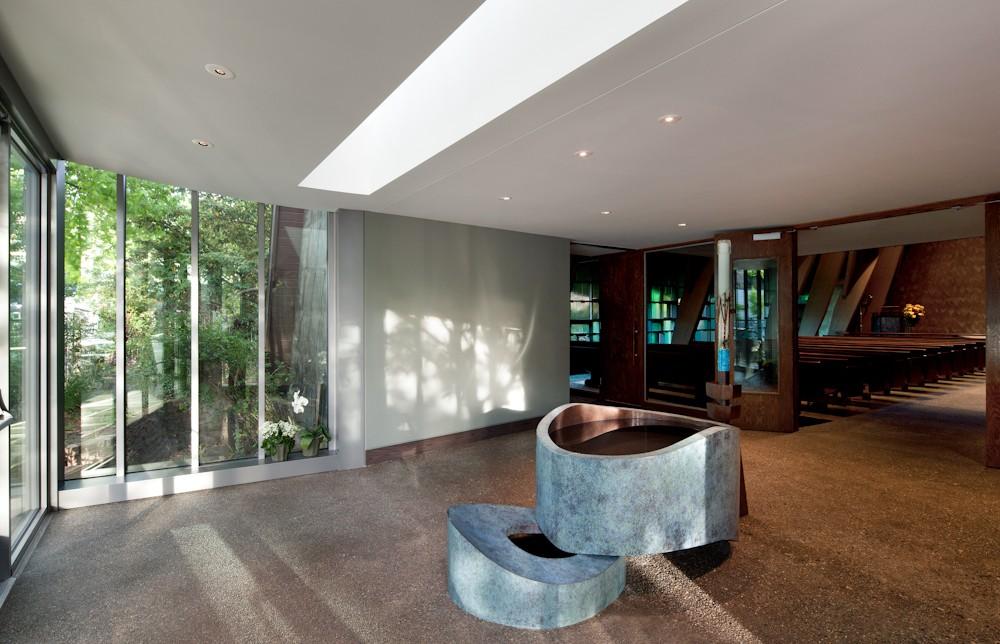 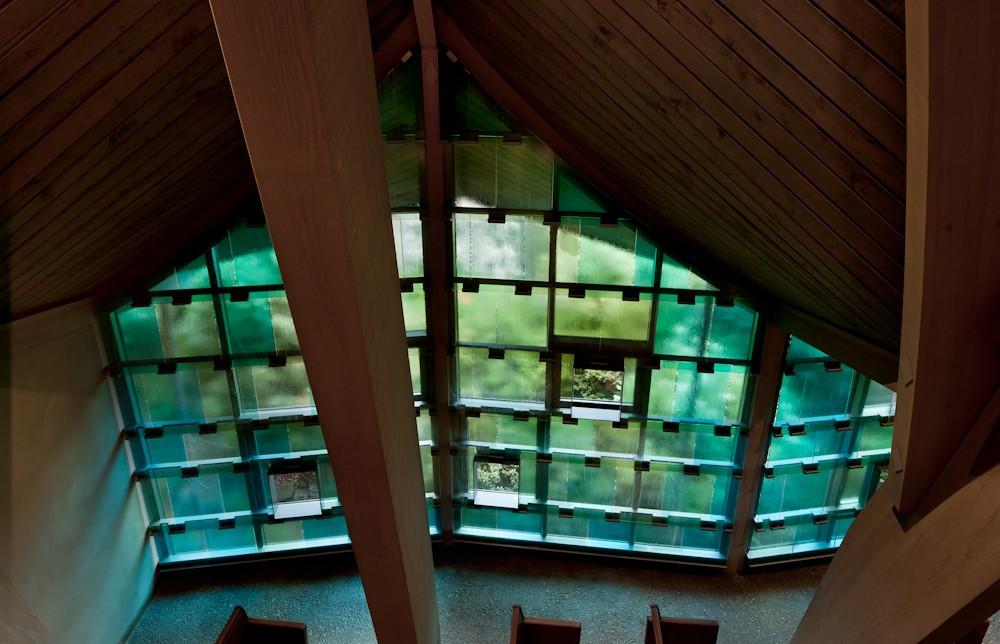 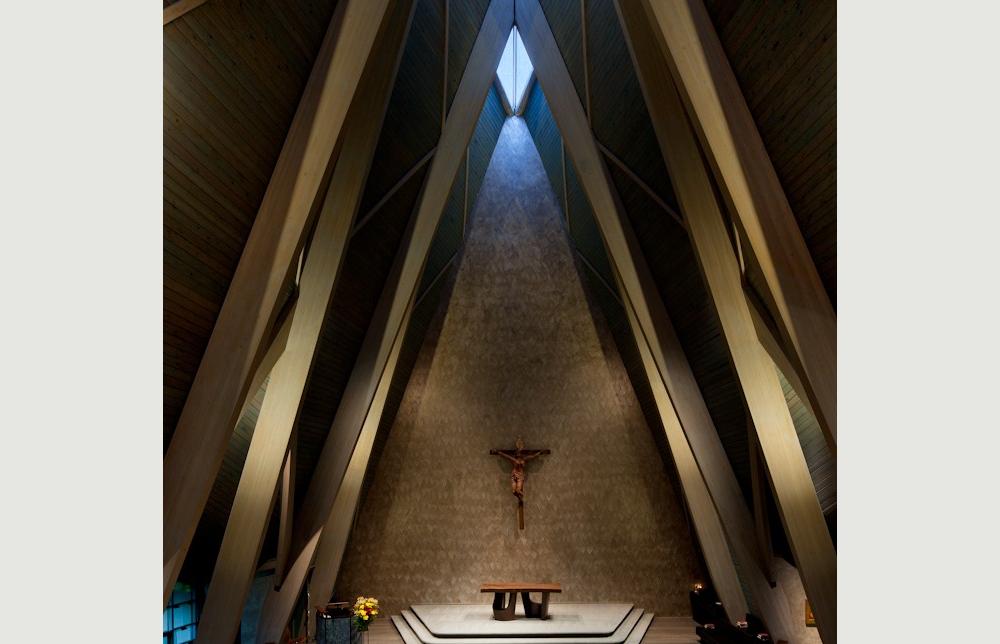 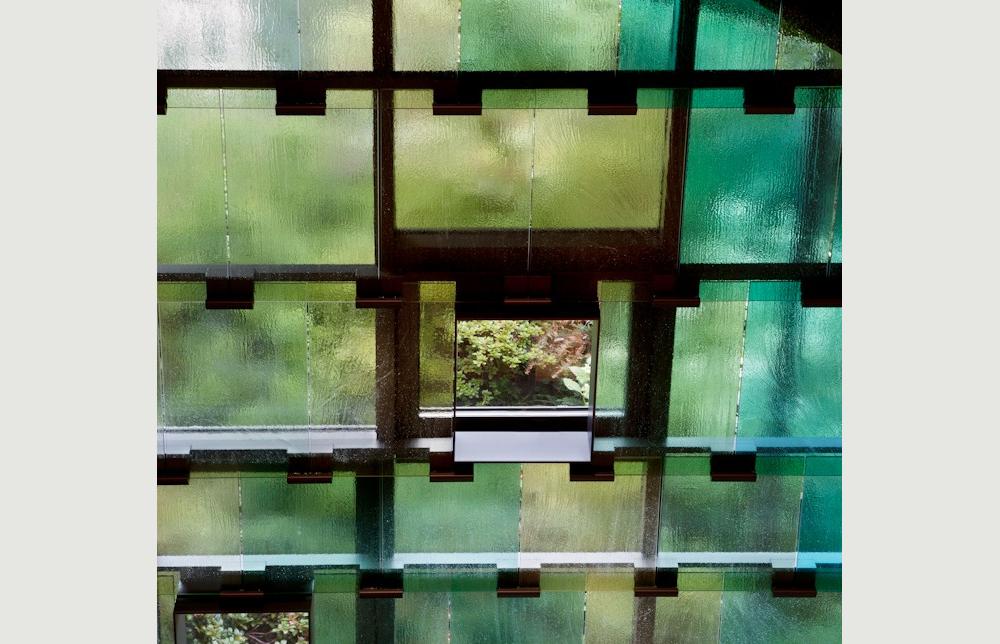 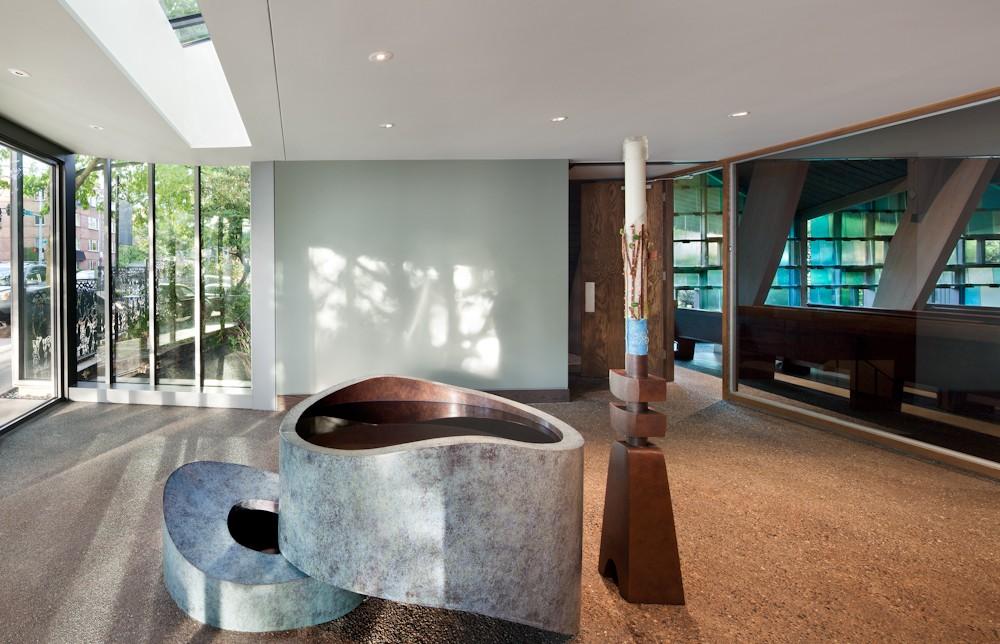 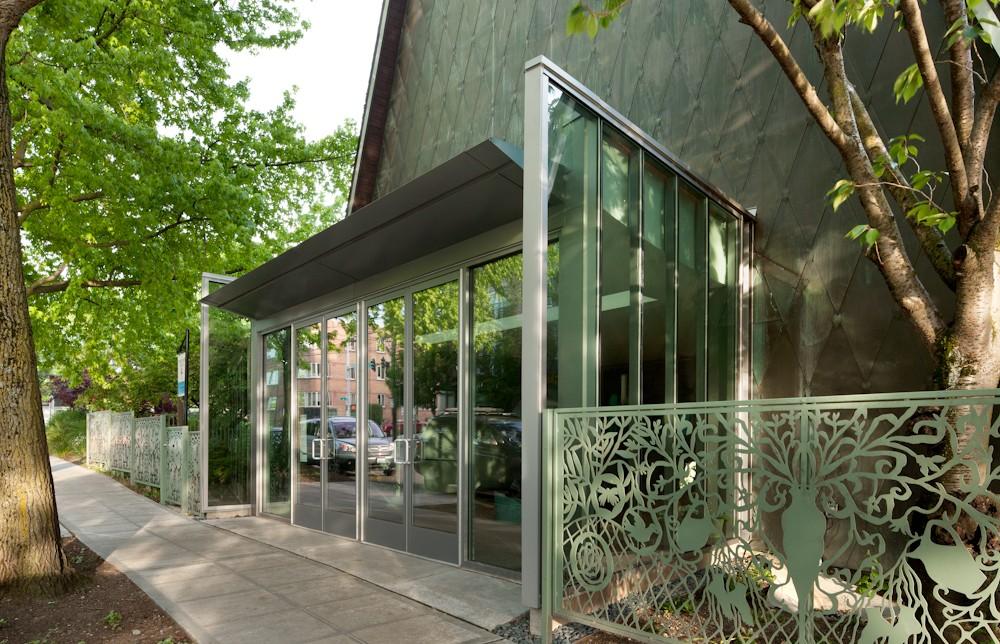 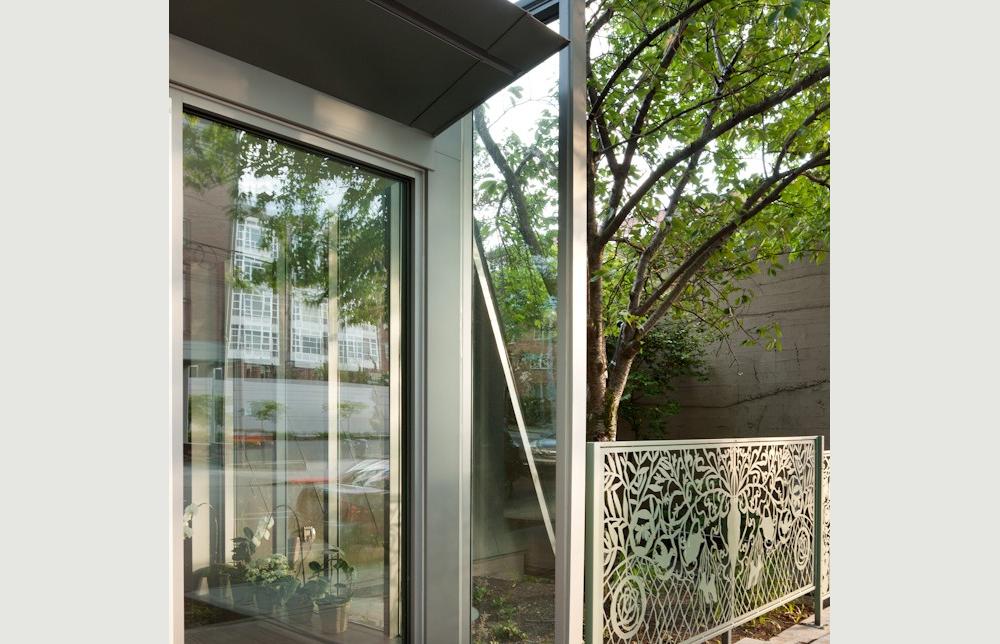 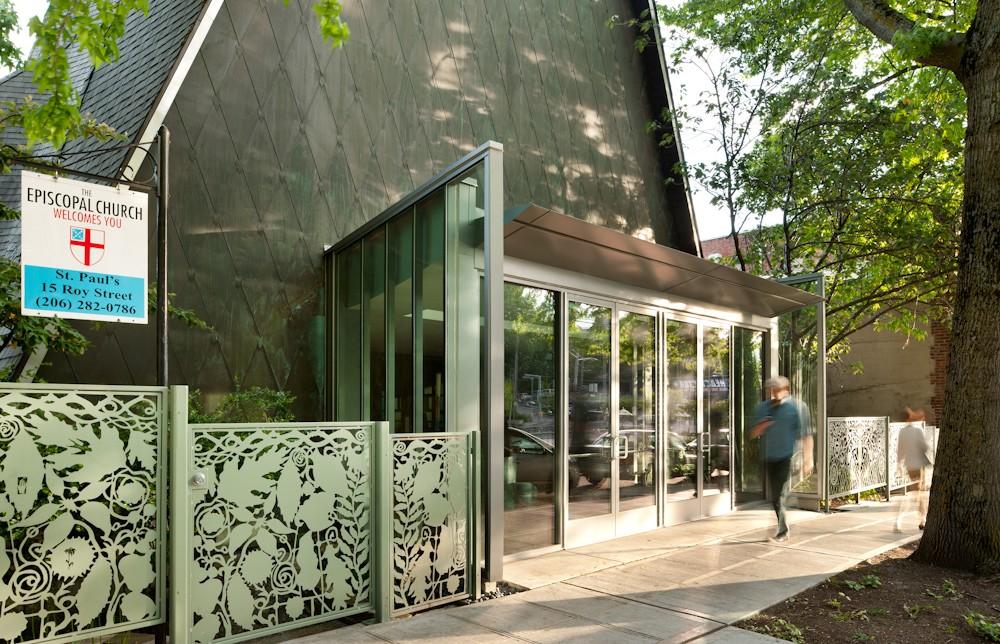 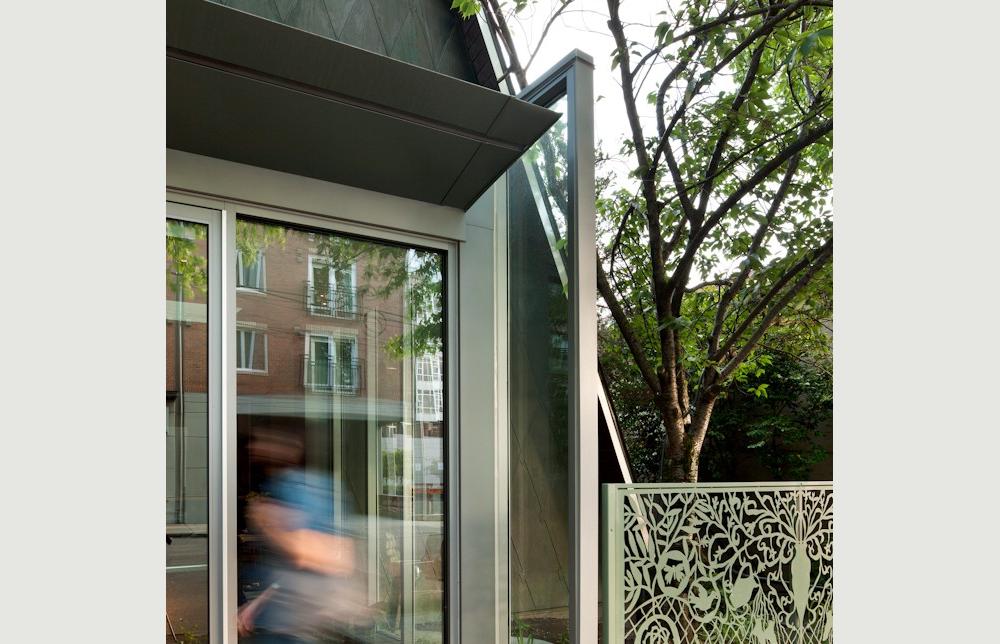 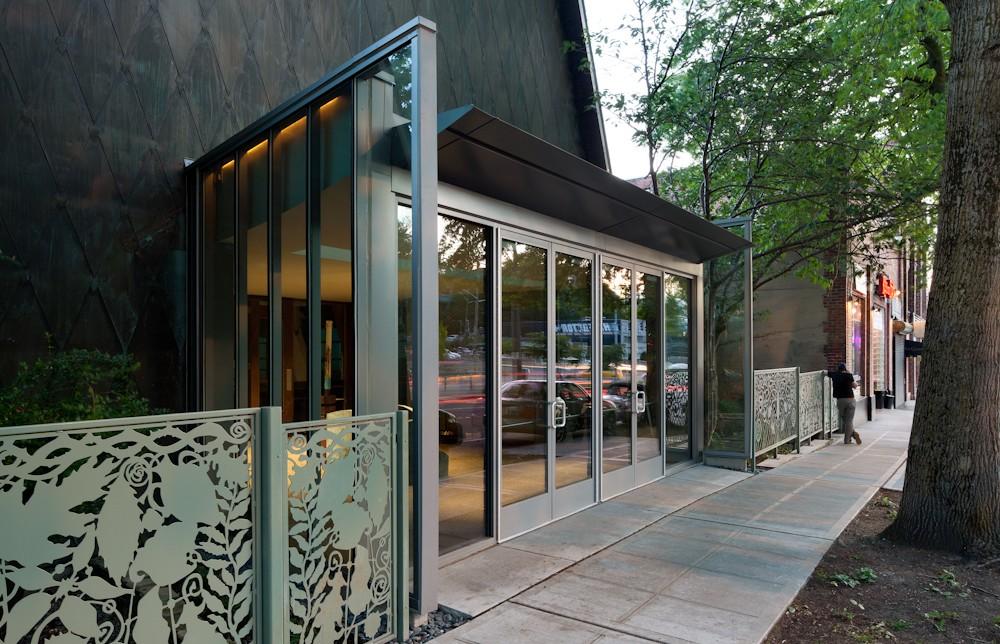 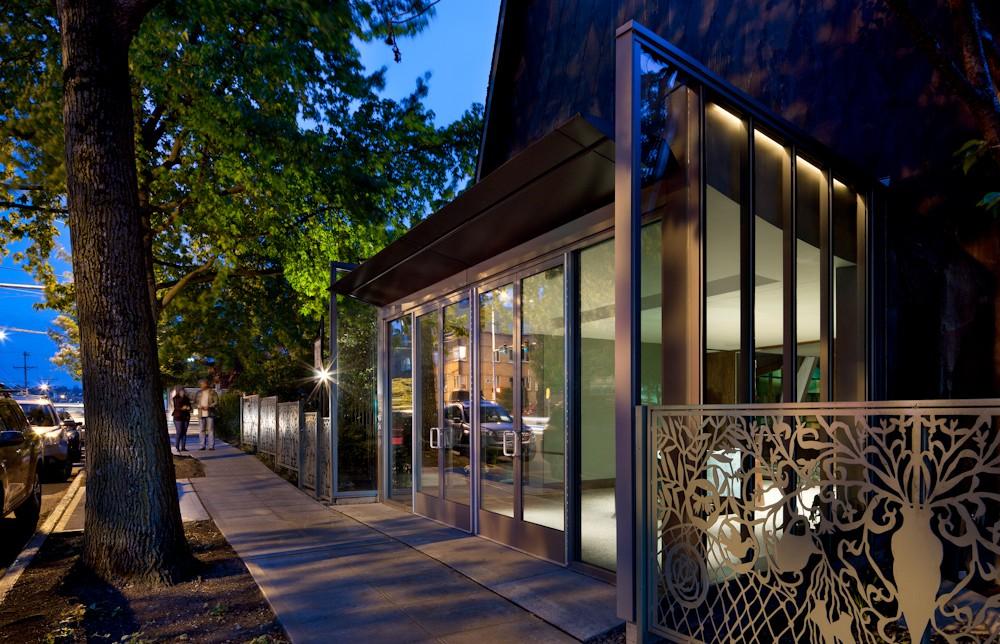 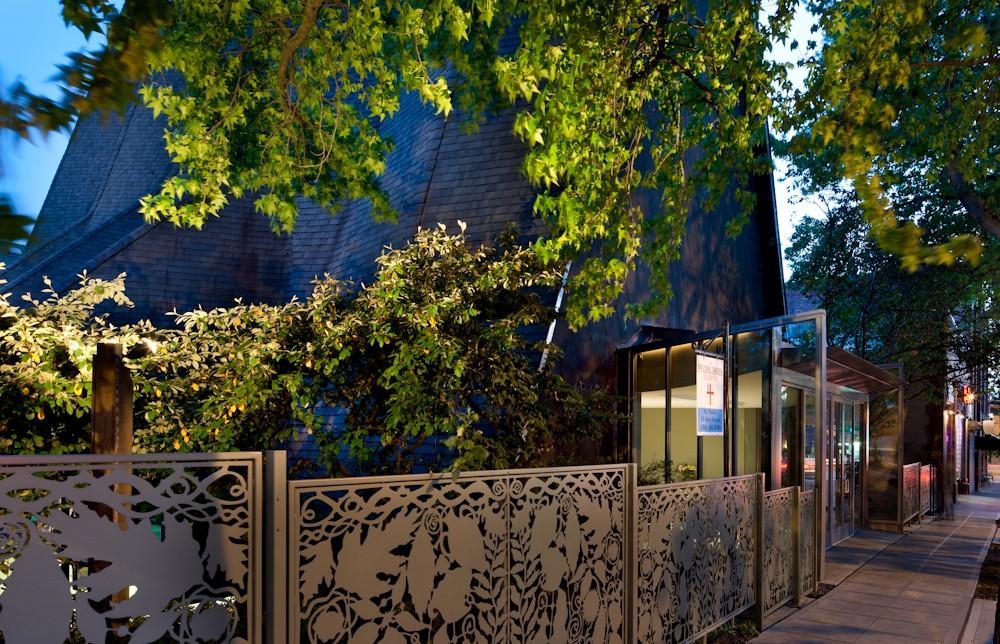 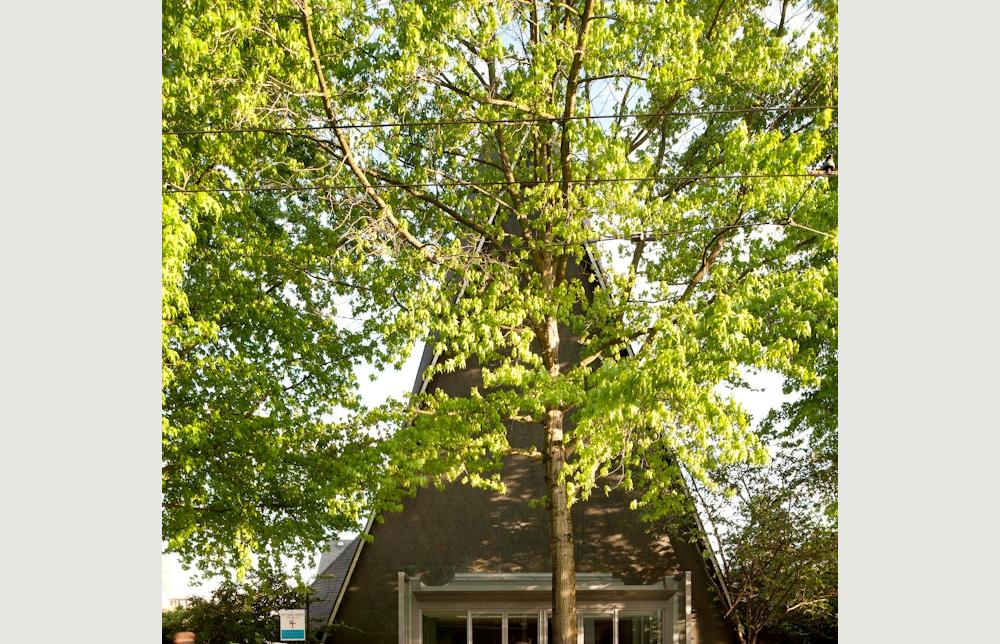 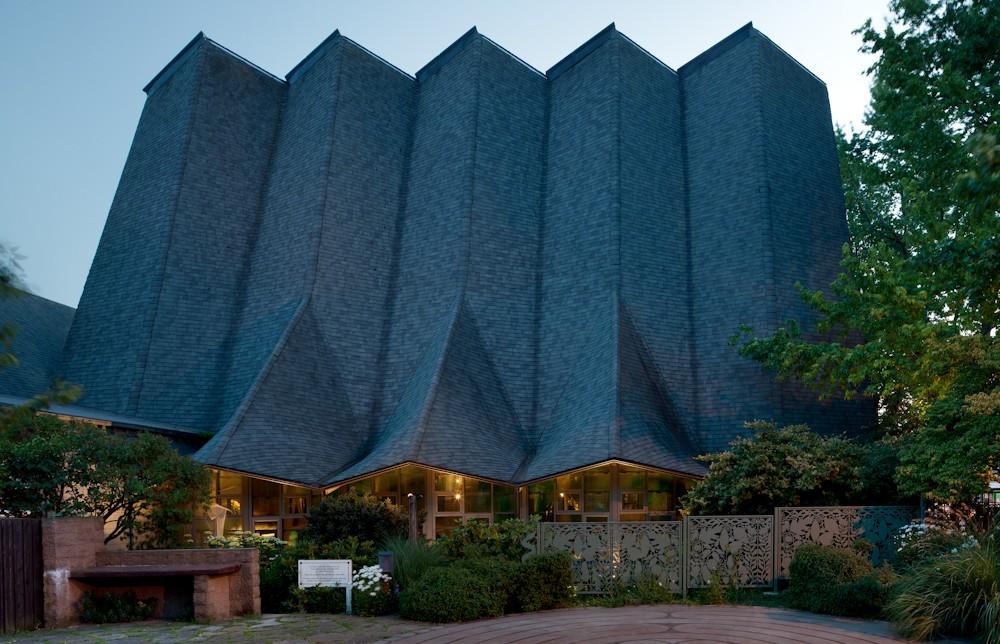 Architype Dialogue presents Susan Jones What was the most difficult issue about working on a building that focuses on religion, or the most unexpected challenge that may have influenced new......
More »The project is a renovation of and design of a new entry addition to an iconic mid-century Northwest Modernist church, designed by Steinhart/Theriault in 1962. The worn 50 year old structure required a new liturgical space for gatherings around a new full-immersion baptismal artist-designed font, as well as accessibility, structural and energy upgrades. Careful choices about stripping away the years of accumulated renovations that had marred the powerful space were required. A new transparent entry out to the very urban, gritty commercial street creates a new public oriented space for gatherings around the new font. Geometries from the dramatic roof are subtly used in the new addition to create a relationship to the existing structure, without imitating its iconic drama. A new shingled art glass wall evoking detailing of the powerful copper shingles of the exterior replaces the existing cheap, 1960’s plastic film coated-single pane glass. The project was initiated and completed during the recent economic downturn, with extreme energy from the congregation, on budget at $85/sf.

Inside, new cast, resin-tinted art glass held by custom extruded aluminum clips frames new insulated glass units on the East and West walls replacing the visual clash and energy inefficiency of the existing glass. The nave culminates in a newly finished altar platform with a new artist-designed altar. The 60’ high wall behind the altar was treated with an architect-designed artistic paint that illumines the entire church. New lighting illuminates the dramatic mid-century structure bringing cohesive design through detailing and materials to the space.