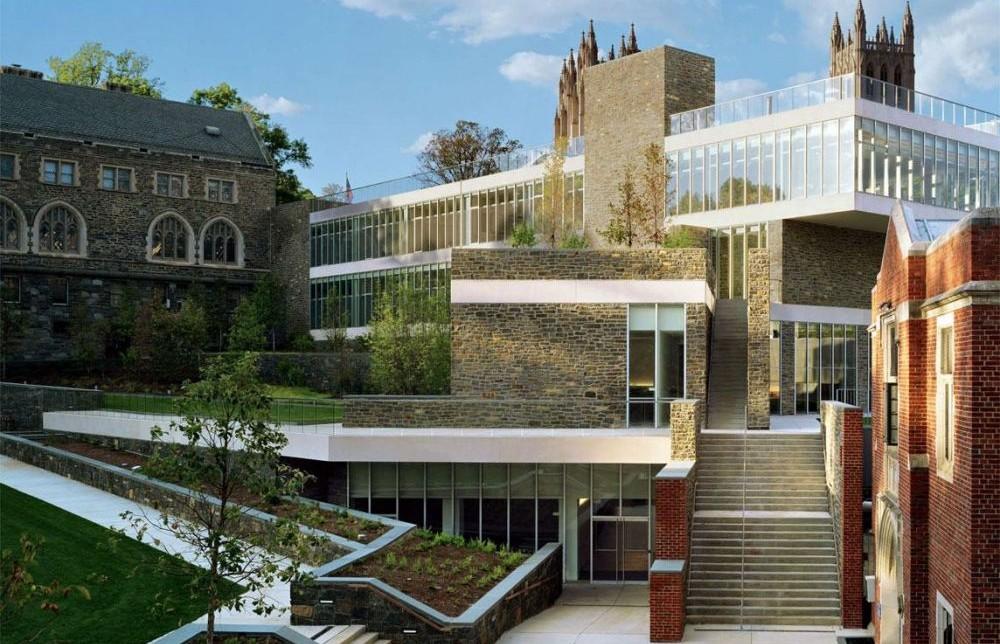 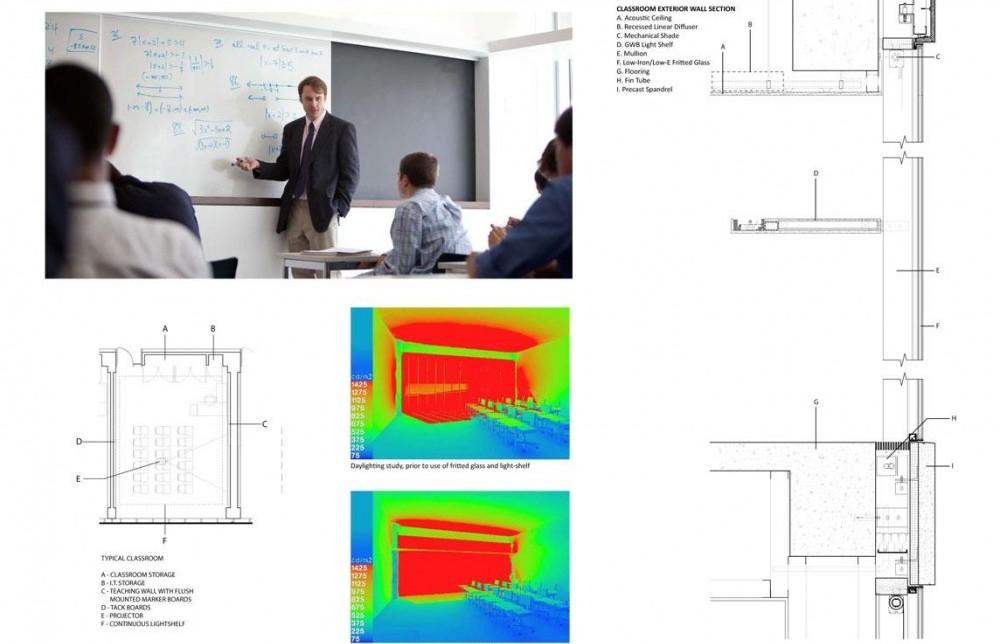 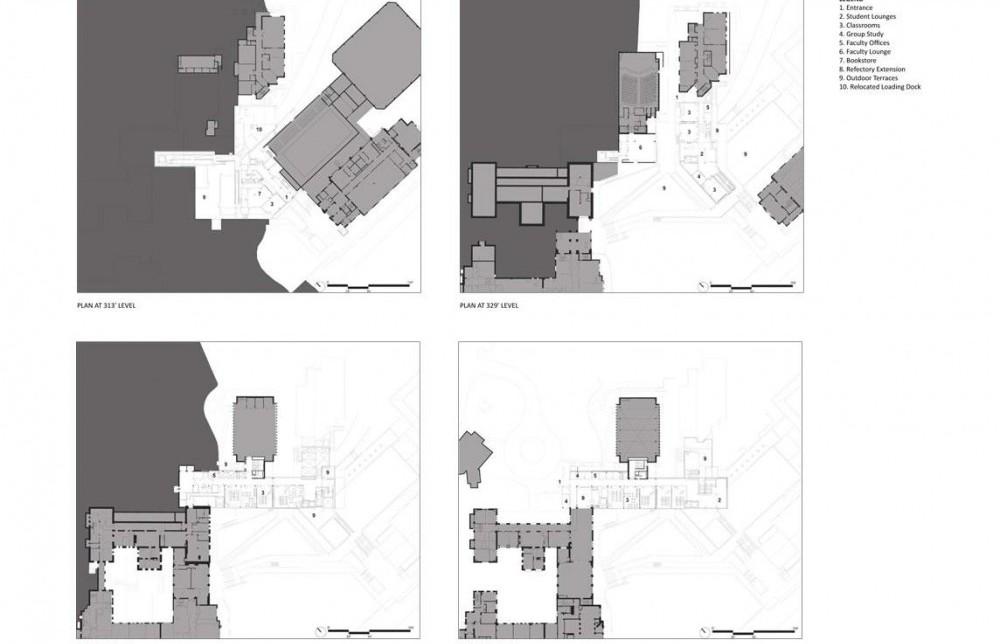 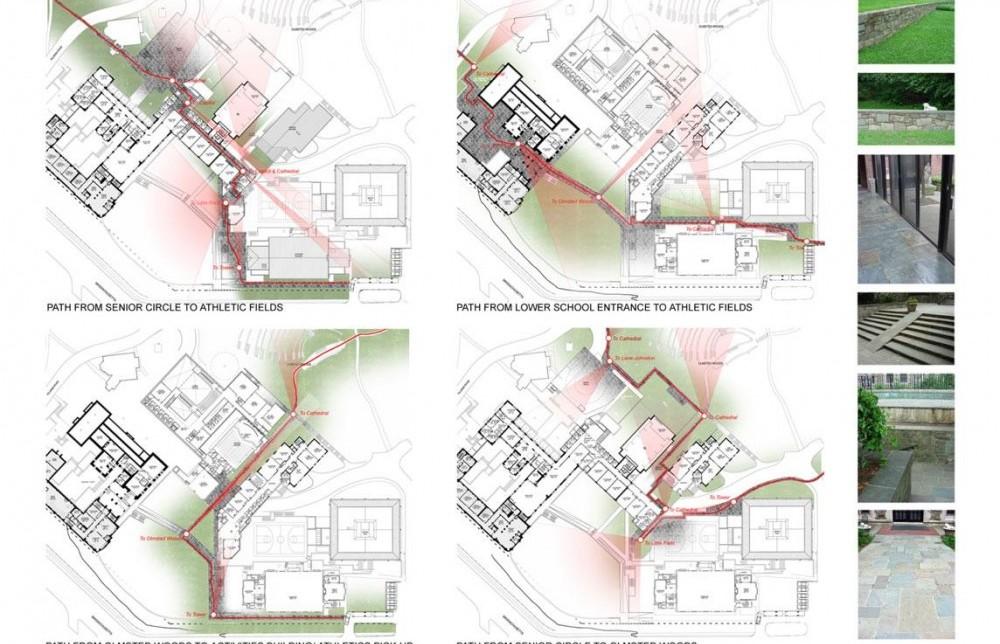 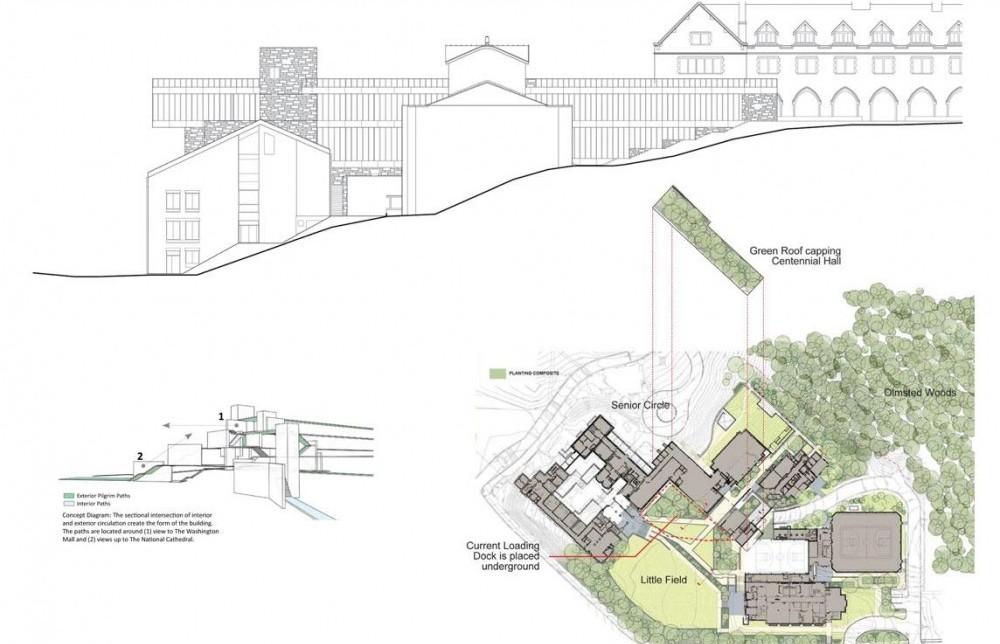 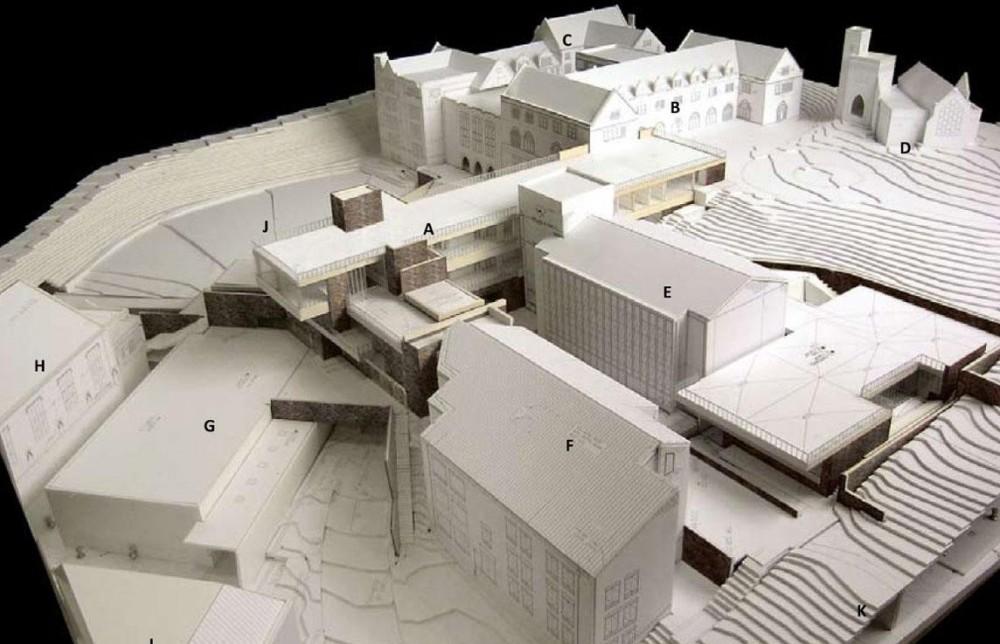 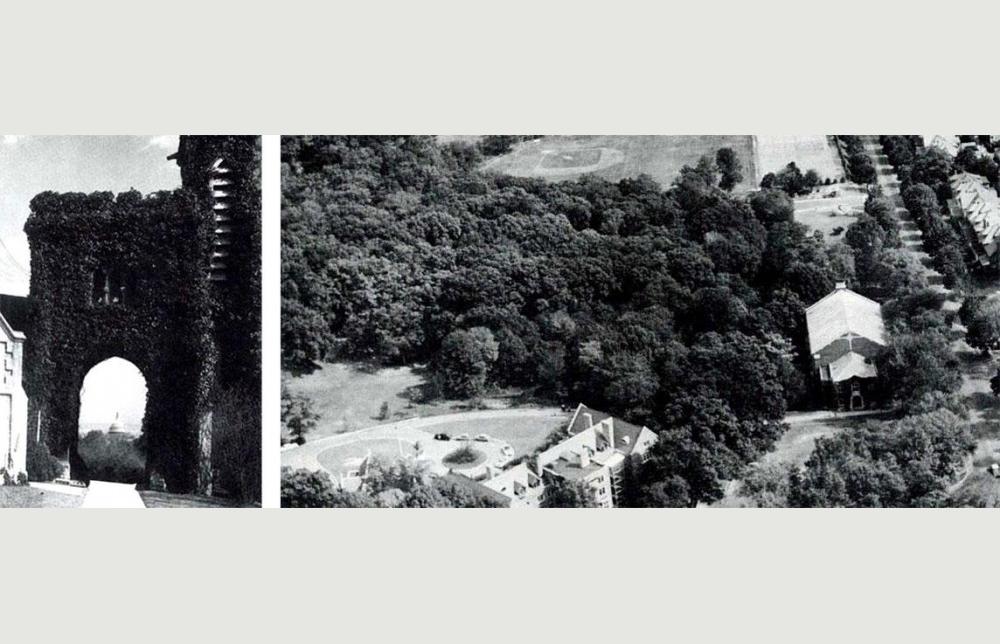 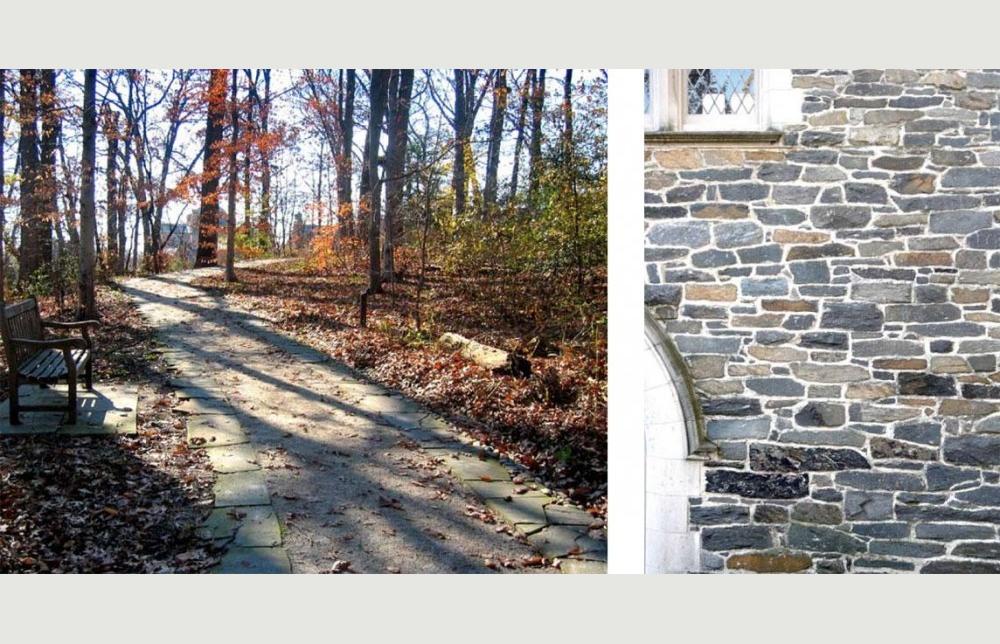 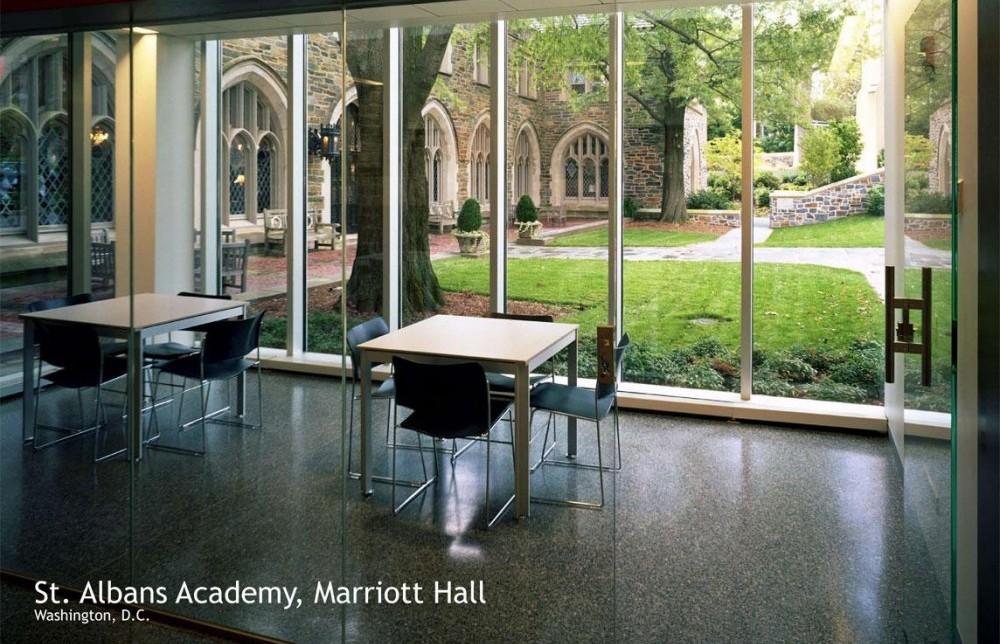 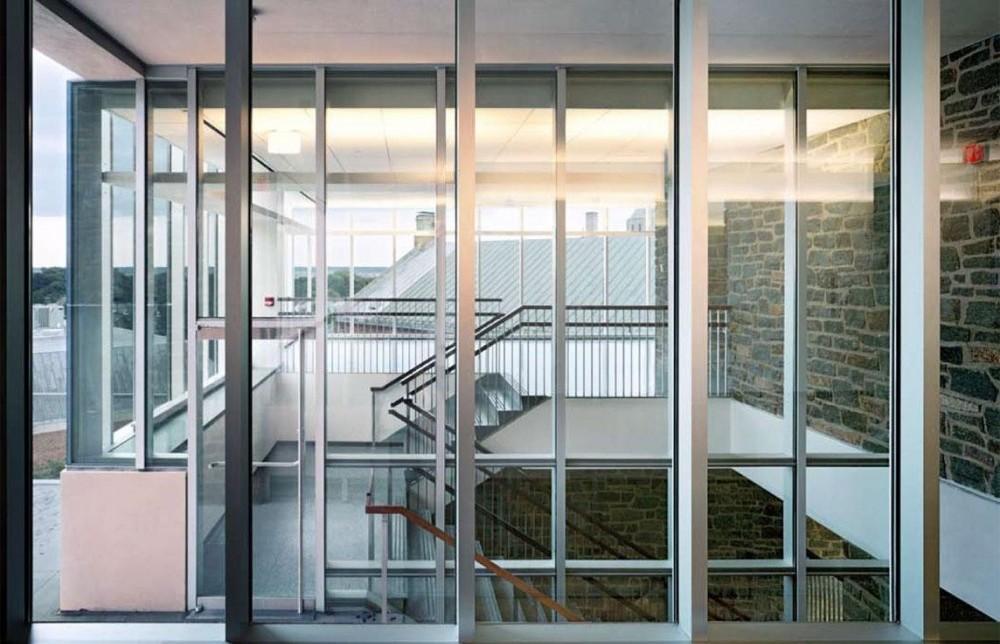 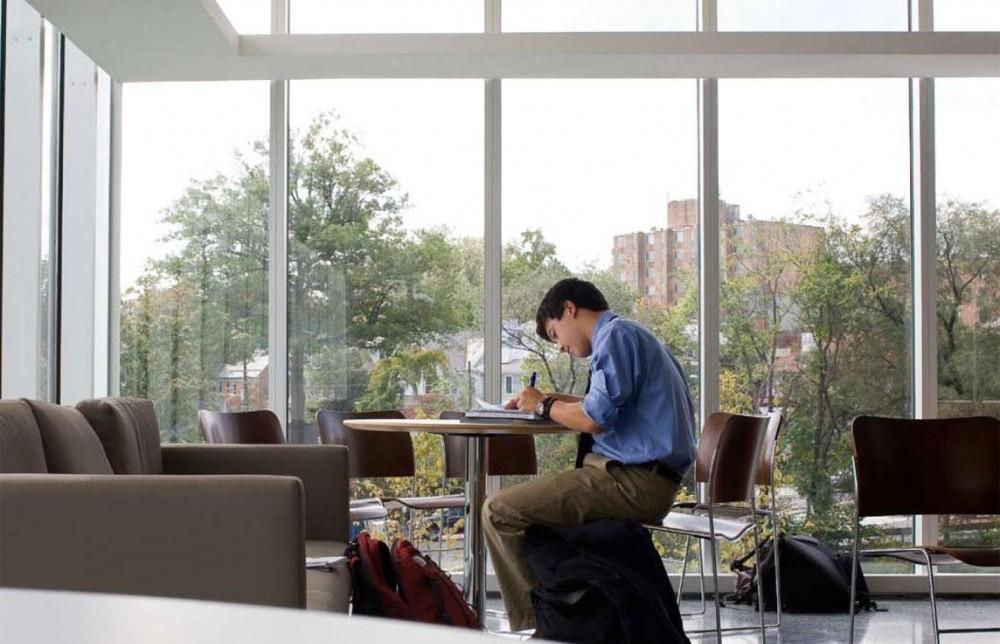 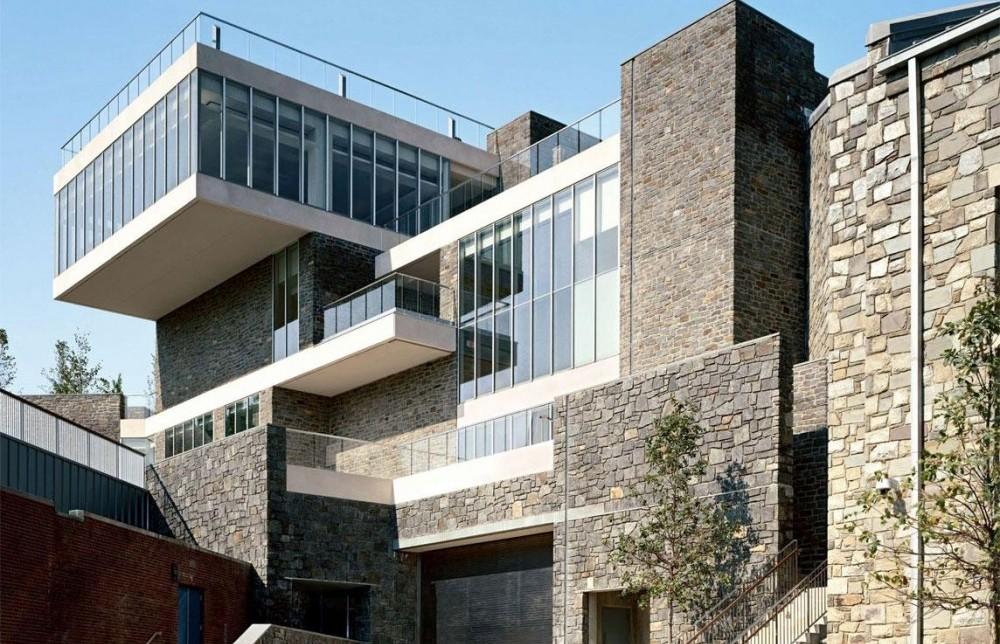 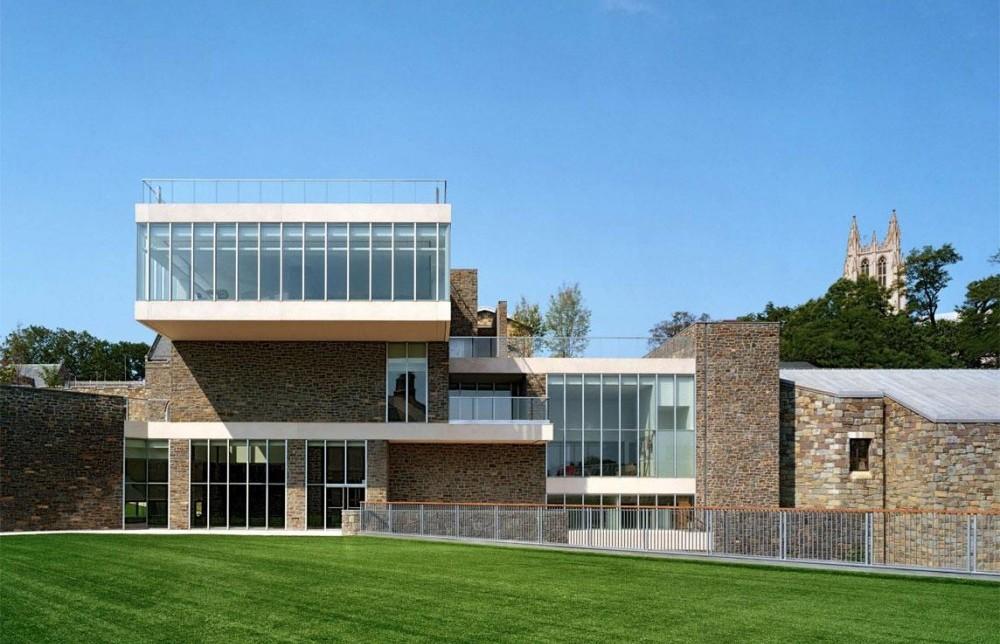 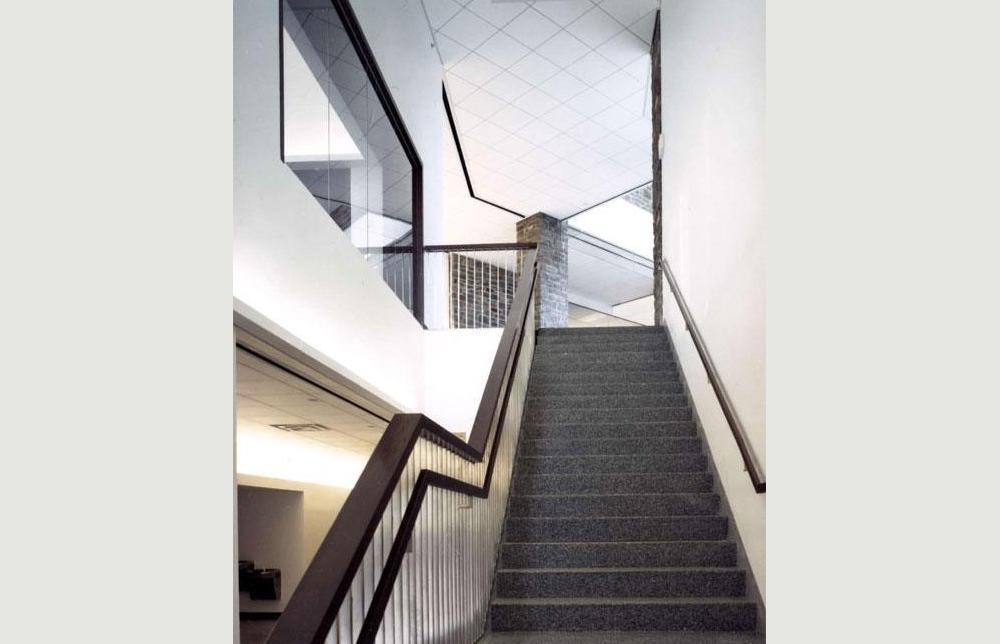 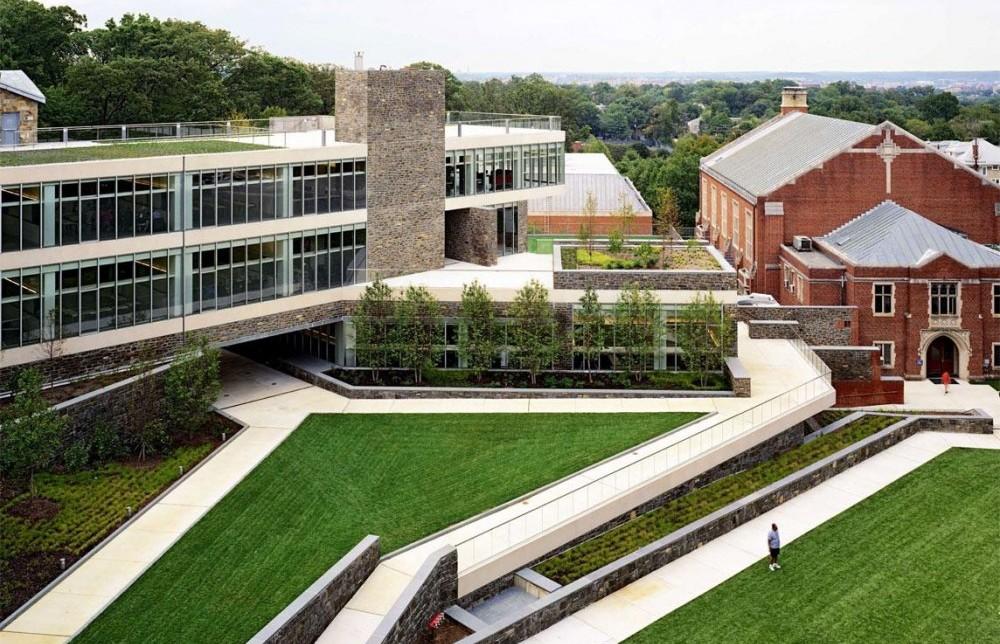 The Innovation is evident in Marriott Hall from the perspective of the student. The design team took special care in developing the ”ideal classroom“ which improves the learning process and the relationship between student and teacher. The classrooms were positioned to draw in ample diffuse daylight through strategic use of fritted glass and light shelves. Along the floor-to-ceiling glazed wall, fritted glass at a 30-percent density diffuses incoming light and scatters it evenly throughout the classroom. Clear glass is introduced above a light shelf placed eight-feet up the wall. The light shelf bounces the daylight deep into the classrooms, illuminating the space evenly and naturally.

In 2006, with its centennial approaching, St. Albans School, a private boys’ school founded in 1909, decided to embark upon its first new construction project in nearly 30 years. The institution aimed to complete a 25,000-square-foot expansion and 30,000-square-foot of renovations to provide a student center, new classrooms, faculty offices, library and auditorium. The school, which had developed slowly over the years and did not follow a rational plan, also hoped that the architects could create a cohesive linkage between four of its existing buildings.

The design team looked to St. Albans’ context for inspiration. The school is located on Mount St. Albans, which is the highest elevation in the D.C. area, and on the grounds of the National Cathedral, which were designed by Frederick Law Olmsted, Jr. The landscape architect conceived of the cathedral’s surroundings as a cathedral close, outlining a network of garden walkways that he called “pilgrim paths.” These paths guide visitors slowly up the forested hill, revealing framed views of important D.C. landmarks along the way before terminating at the cathedral.

The design shuns the typical campus architecture of enclosed quads in favor of interconnectivity with the landscape. The designers developed an architectural language around the idea of Olmsted’s paths, creating a series of interior and exterior passages that rise 60 feet, joining St. Albans’ lower campus with its main entrance above. Along this route, there are gathering areas within enclosed, cantilevered volumes or on open-air terraces, offering views of the surroundings and the major landmarks of the Nation’s Capitol. This new extension, at the heart of the campus, seamlessly interconnects disparate internal floor levels and external public spaces, creating better physical and visual connections to the Cathedral, enhancing views to central Washington, and improving circulation sequences.

The new building, known as Marriott Hall, is a three-story modernist building that also very carefully establishes a familial relationship to the neo-Gothic architecture of the existing campus. The architects accomplished this by cladding much of the exterior with a blue stone that closely resembles the Potomac stone used in the original 1909 buildings. Terraced walkways provide places for students to gather and interact on campus, an important part of the institution’s educational philosophy. They also provide direct egress from the building at multiple levels, allowing the design to forgo fire doors and stairs.