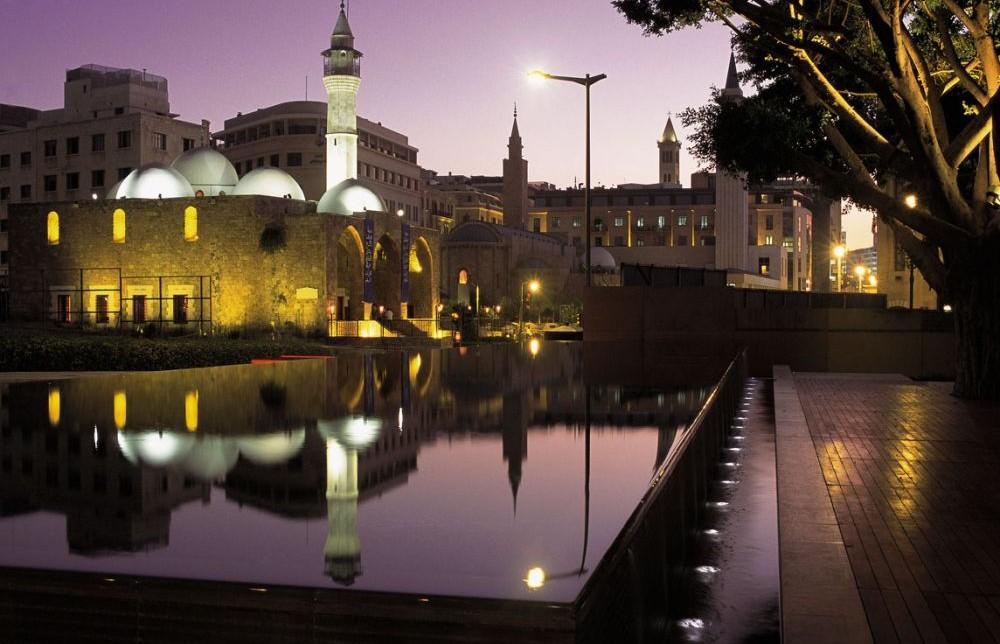 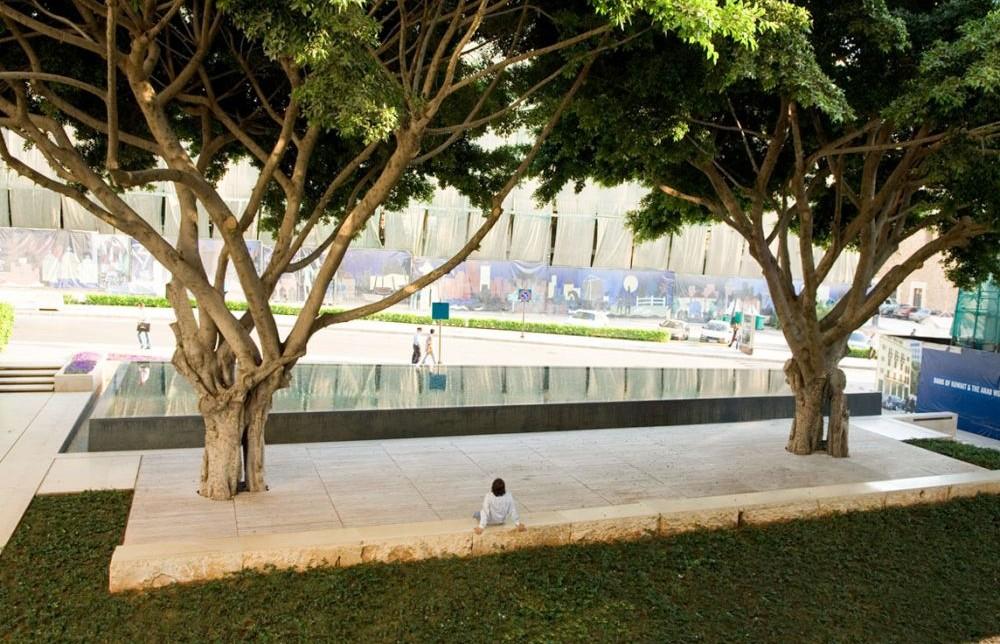 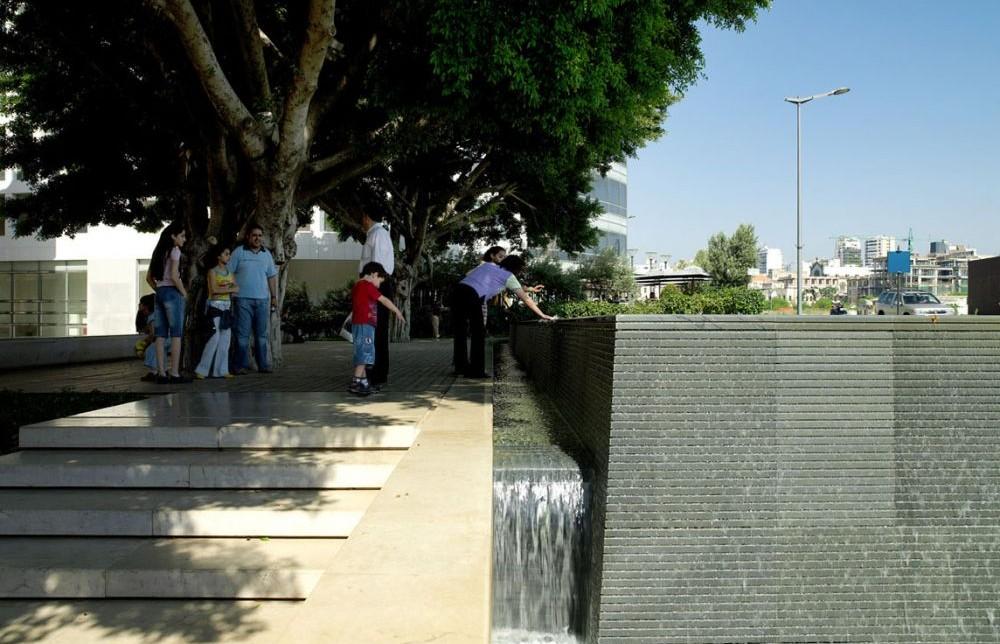 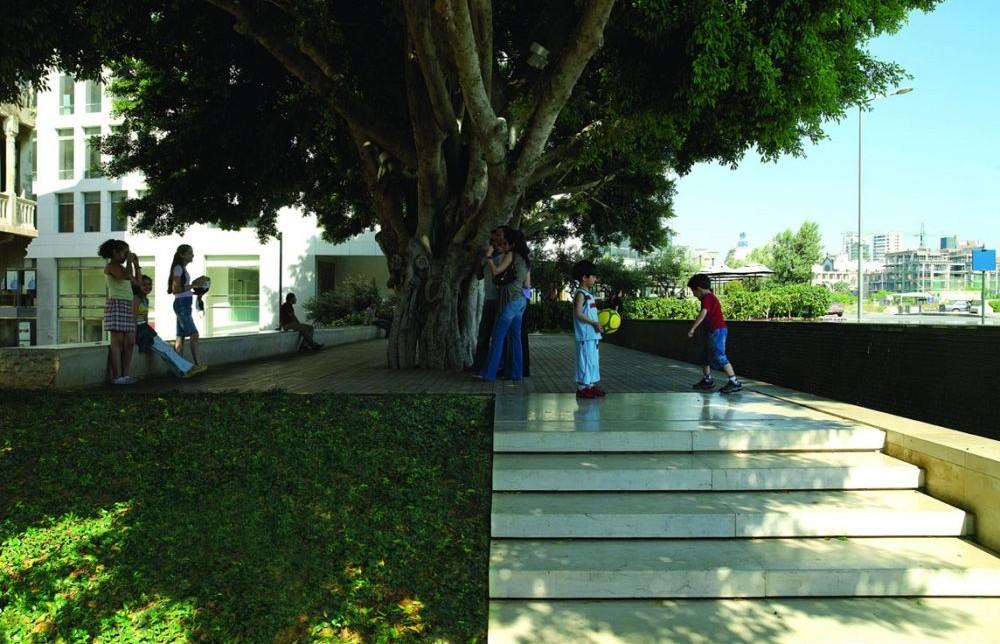 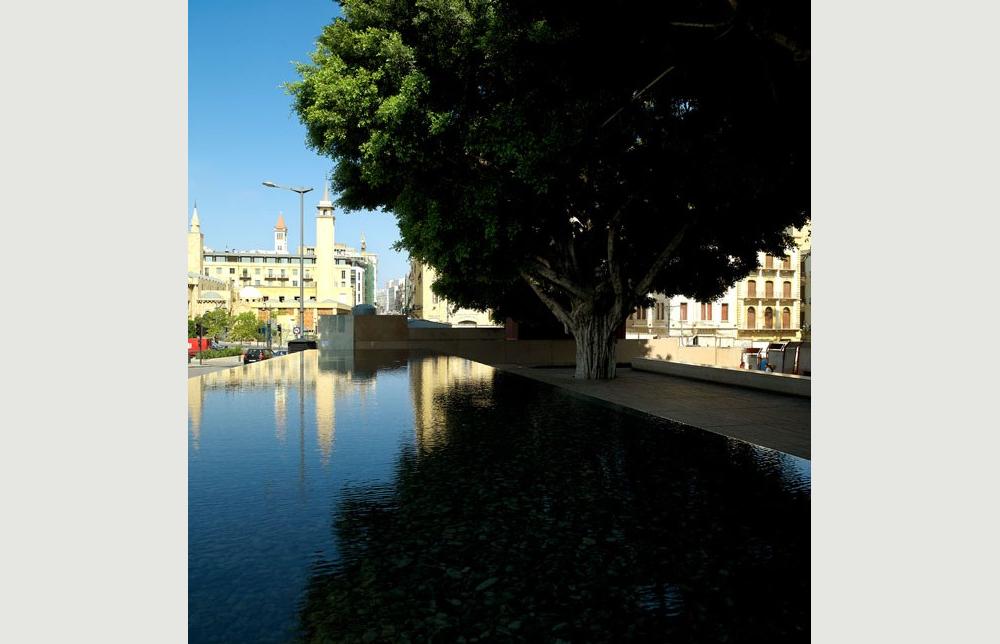 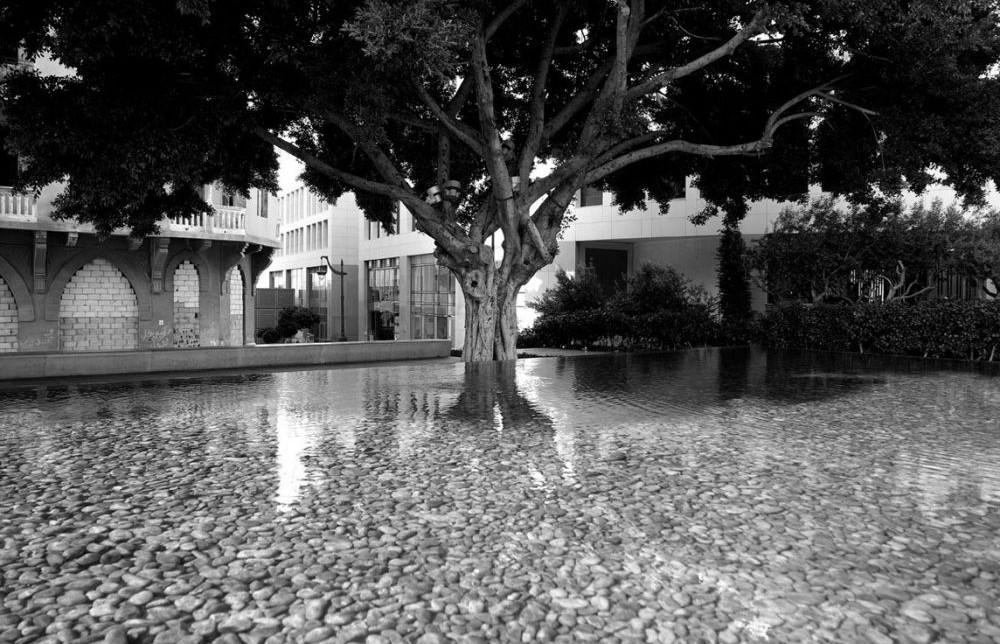 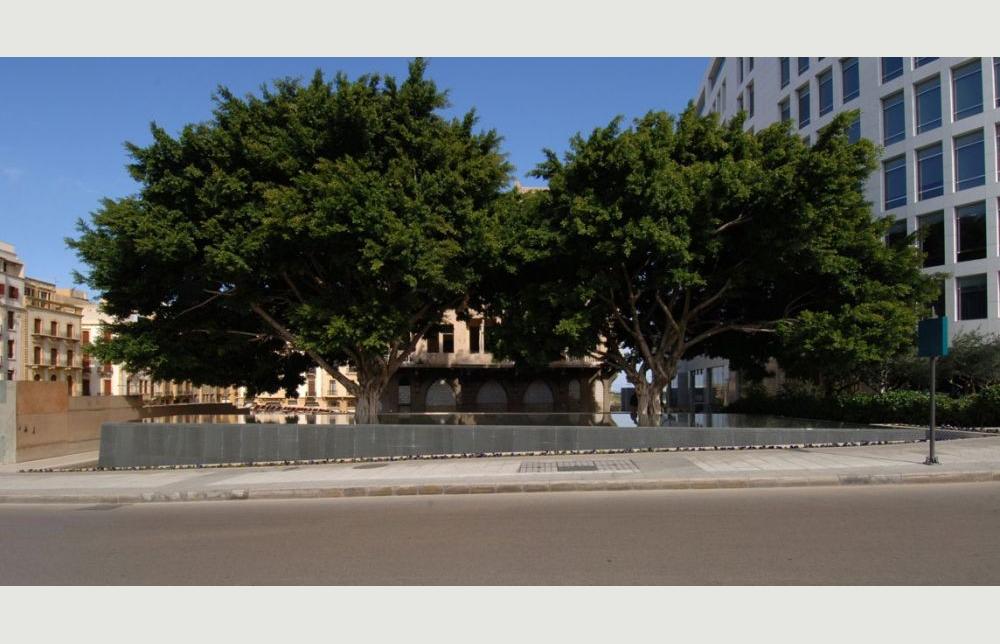 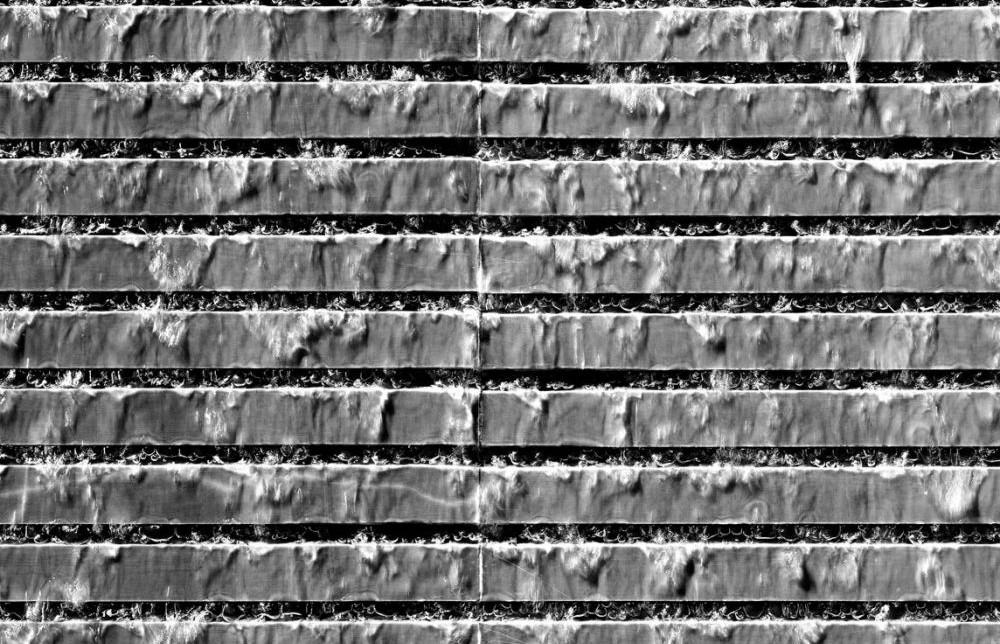 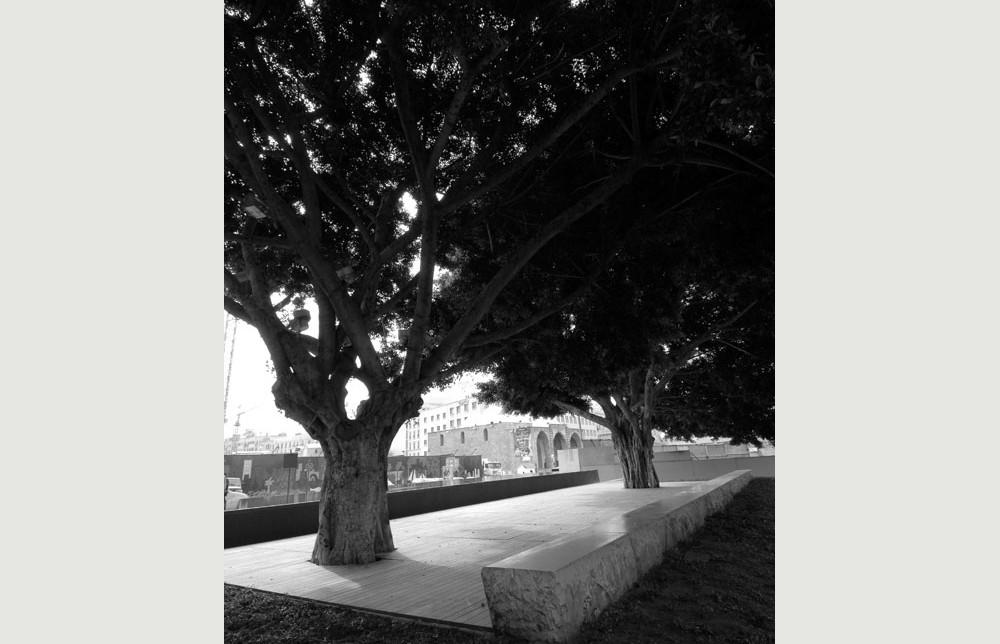 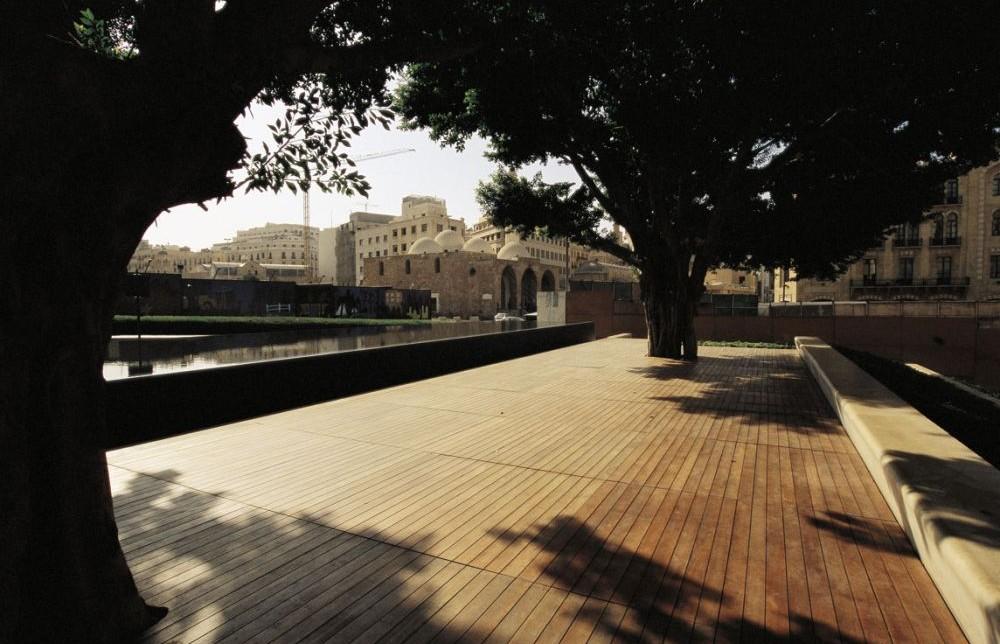 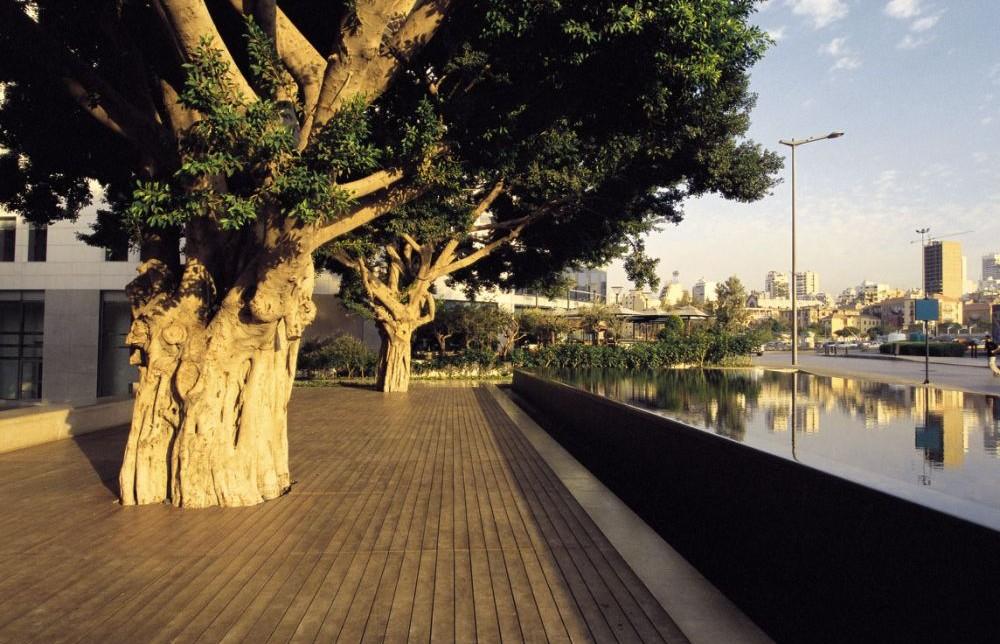 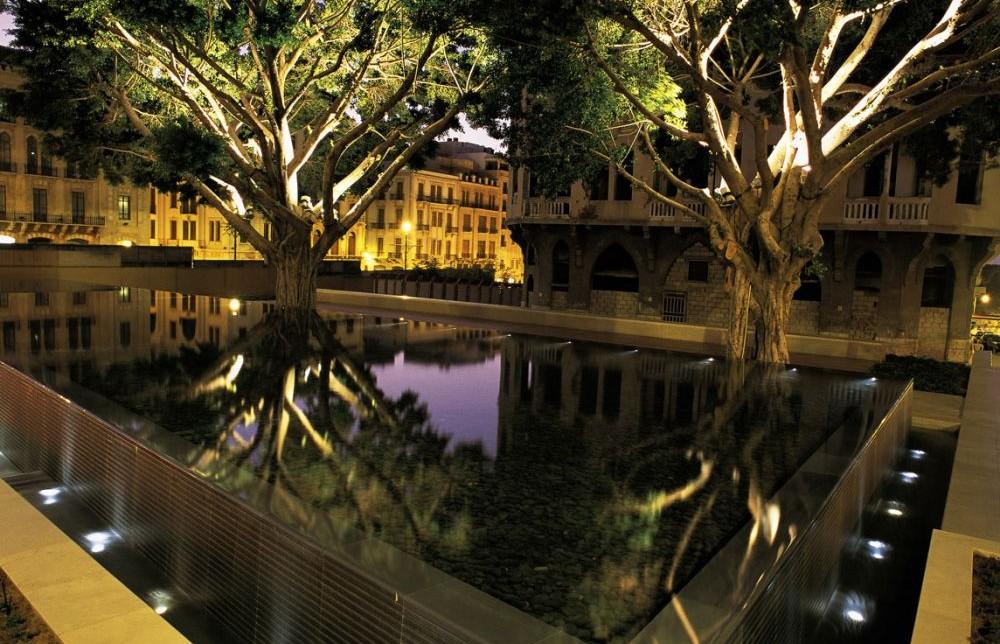 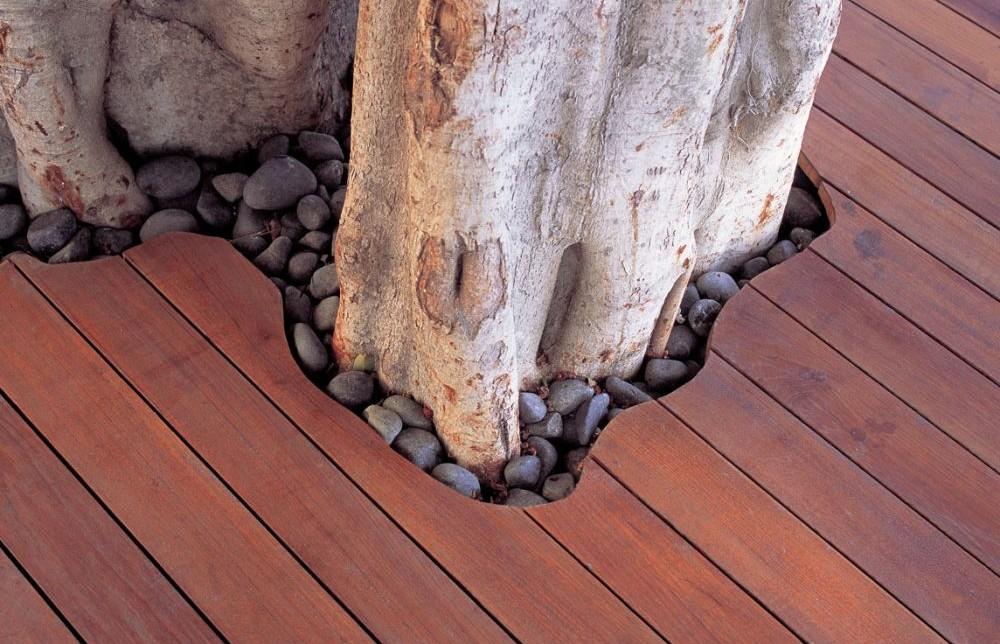 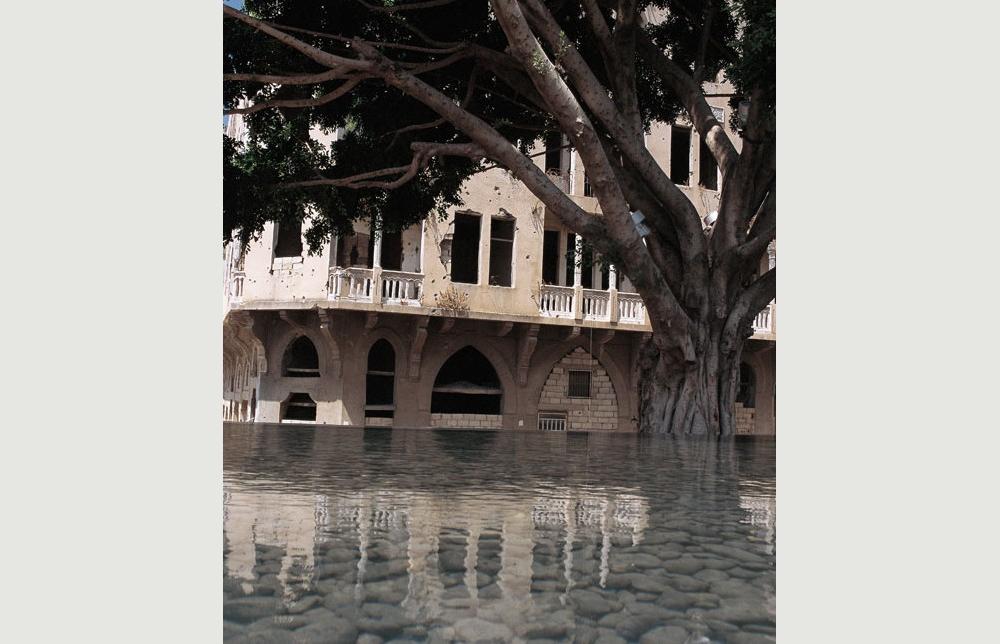 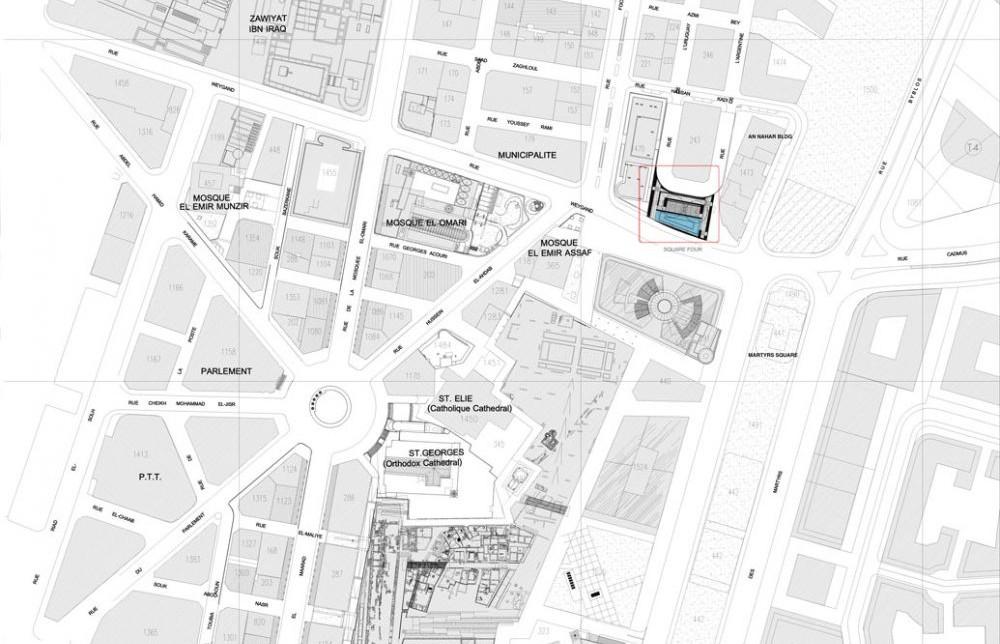 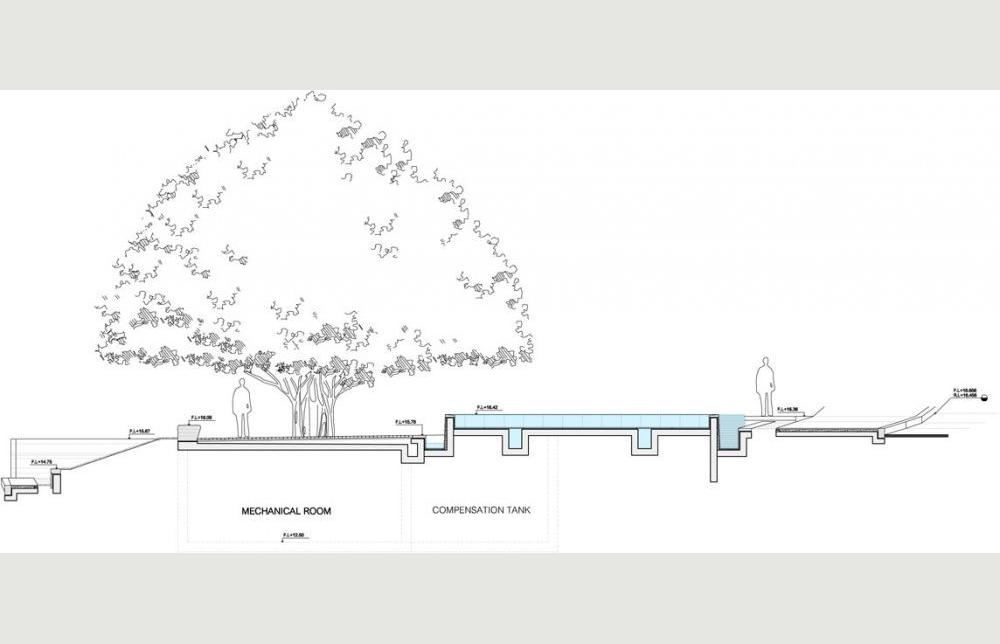 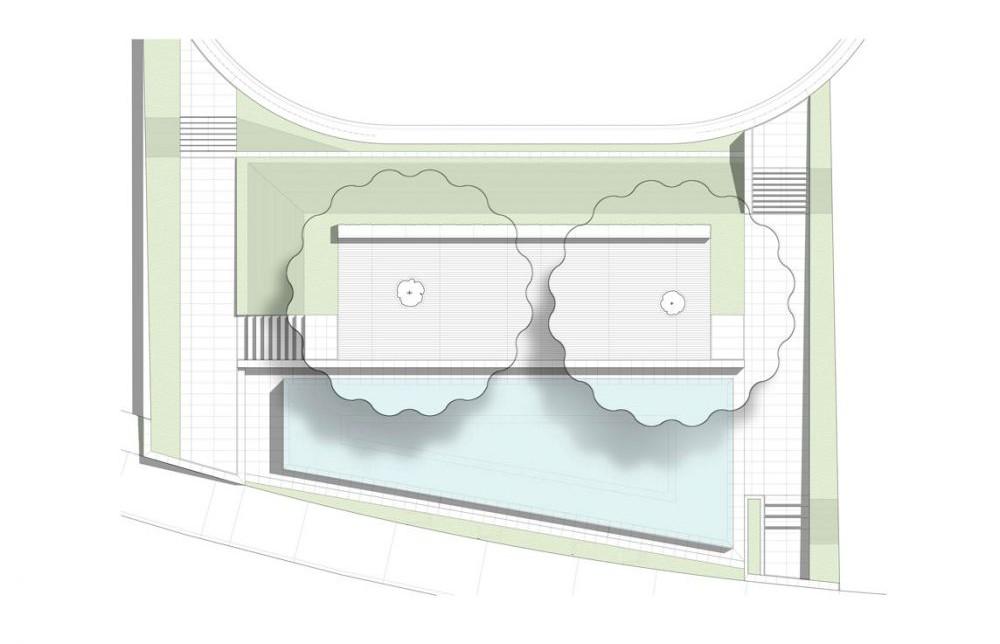 The squares design responds to an abstract conception of the area, where the space itself, its materiality, its sounds, light quality, and even smells become its essential constituent elements. It is a space thought of as an escape from the city bustle while sited at the core of the city itself. A serene space that allows the city to speak about itself and its memory through the reflection of its skyline, with its mosques and churches, on the water surface, always sheltered by the two majestic ficus trees.

Inspired by the existence of these historic ficus trees that have withstood the test of time and witnessed all that has passed before them, the concept begins to unfold. The composition revolves around framing and highlighting these existing sculptural trees, which embrace and protect this public space. A raised water mirror flanking the street, physically marking and visually expanding the space, a 20-meter solid stone bench facing the water, a long wooden deck embracing the trees and adding warmth, are the main constituents of the space.

Endless reflections, soothing sounds of cascading water, subtle lighting and greenery frame the entire composition, and provide people with an intimate space in which, even for a moment, one can be in the middle of it all, yet at the same time escape. A place to sit for a while, reflect, contemplate, and rejuvenate.

Over the past few years, the garden has slowly established itself as a landmark in the historic city center, and due to its success and significance, Square Four has inspired more emblematic spaces of strong representative qualities to come up all over the country.