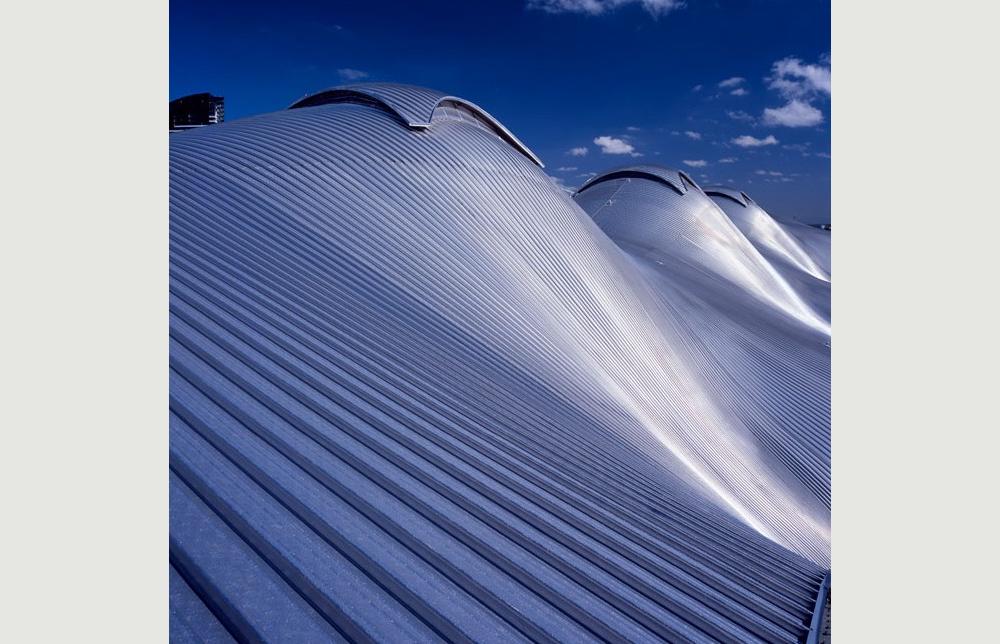 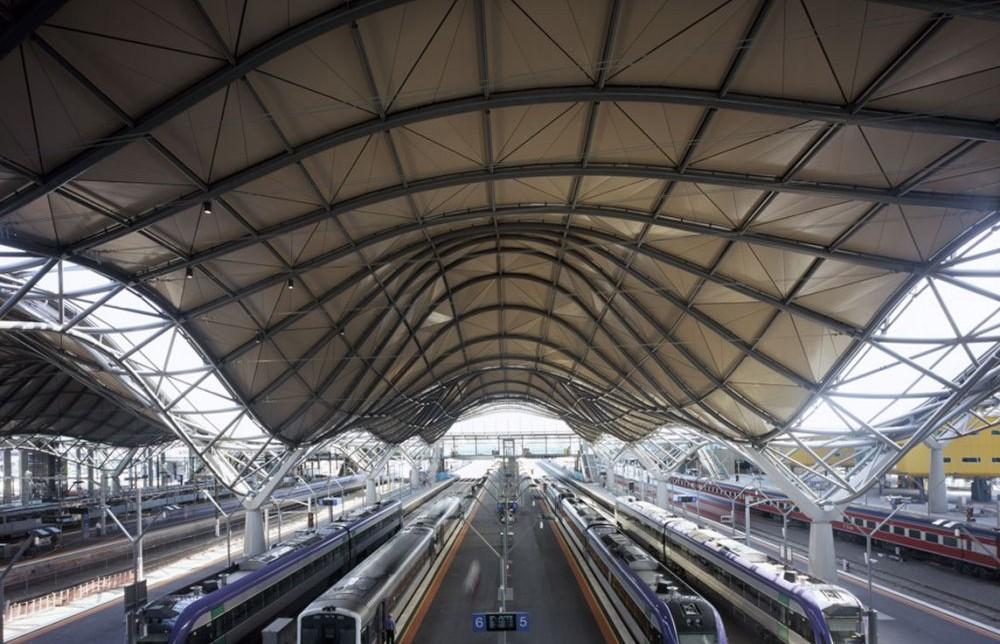 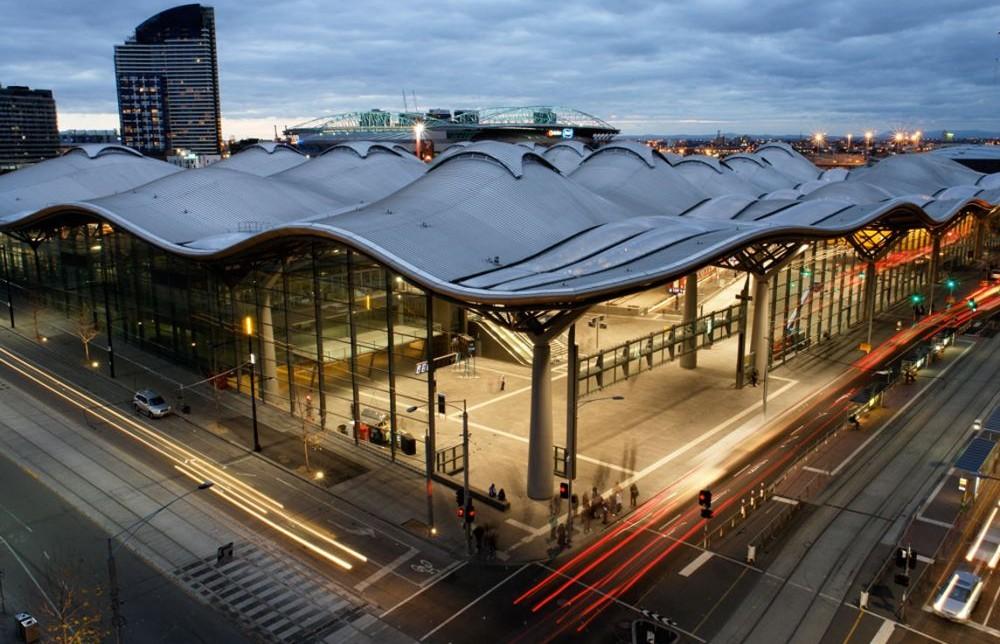 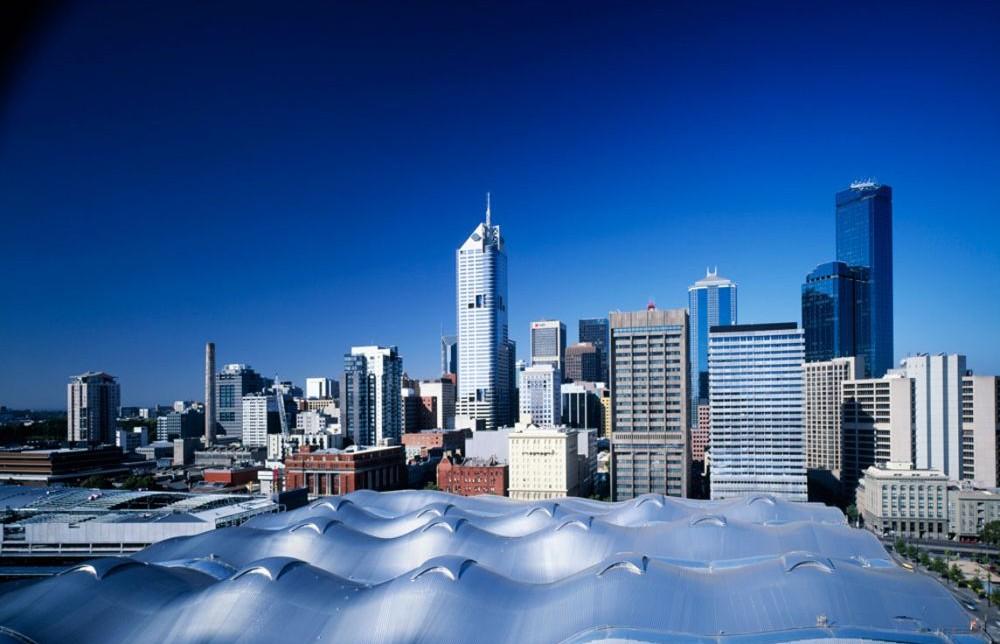 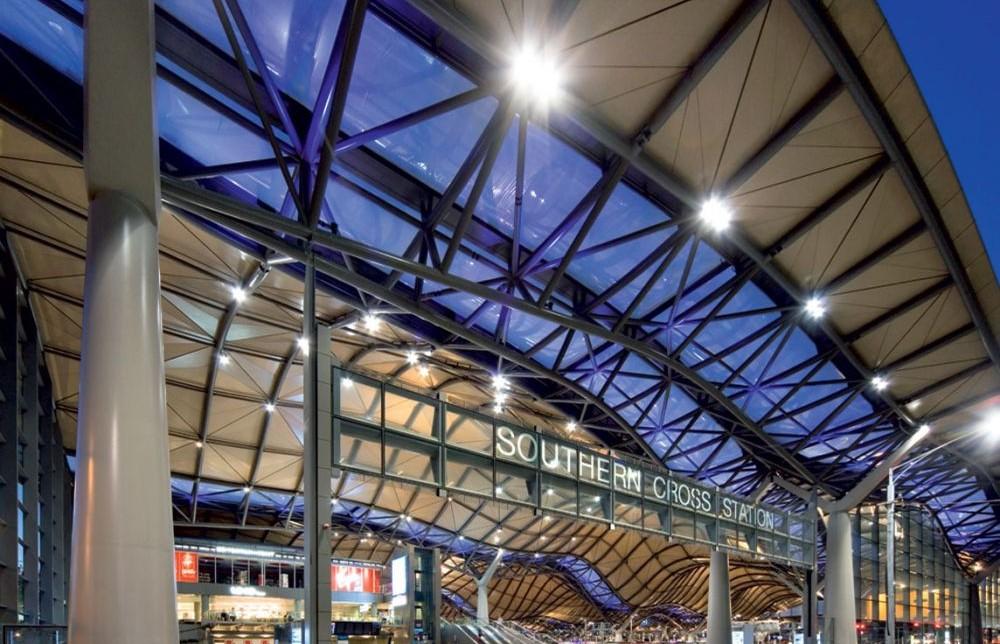 Southern Cross Station is the redevelopment of Spencer Street Station into a world-class interchange and new landmark for Melbourne. The expansion of its facilities allow better intermodal transfers and provide the passengers – 15 million per year – with fully sheltered and high quality ticketing, baggage handling, waiting and retail services. Passenger information is delivered via a new generation of equipment stands, which are integrated with seating, advertising, and other elements. The design is very open in plan, allowing good visibility across the station. The entire interchange is enclosed under a singular undulating blanket roof form, which has been designed so that the two prevailing wind directions will naturally ventilate the internal volume, eliminating the need for mechanical ventilation equipment.

The Victorian government Australia commissioned the development of Spencer Street Station via a competitive tender. It sought a new Melbourne landmark and a world-class transport interchange to accommodate 15 million passengers per year. As the only rail station in the city centre to service long haul rail and bus connections, its transport function was the core requirement of the project. Better intermodal transfers were key and design flexibility was considered fundamental to safeguard future transport links. The design needed to create an arrival experience for visitors and establish a vibrant bridge between the city and its emerging waterfront community, known as the Docklands. The facilities also required a mix of uses to stimulate regeneration in the area.

The complex competing elements of the project brief were developed into a straightforward plan. The design worked to reinforce the citys streets and clear the stations ground level for pedestrians by utilising underground tunnels for goods traffic. At the core of the vision was a naturally ventilated station that eliminated the need for visually obtrusive and energy consumptive plant. Set to a civic scale, Grimshaw conceived an inverted net with double curvature arches, supported on stable longitudinal spine trusses mounted above every second platform. The entire interchange has been enclosed under a singular undulating blanket form, which allows prevailing winds to naturally ventilate locomotive diesel fumes and other contaminants out of the internal volume.

The roofs form has been generated by the performative requirements of the station and plays a crucial role as part of the environmental envelope. The roof creates a cool shaded public space of civic scale and quality. The individual roof moguls provide air reservoirs that allow the natural collection of background hot air together with diesel fumes from the trains within the station. The hot air and fumes are then ventilated through the roof via louvers at the apex of each mogul. The curving external roof landscape works in harmony with the two prevailing wind directions that cut across it, allowing natural ventilation year round. The solution is a contemporary reinterpretation of the great historic roof sheds of the nineteenth century.