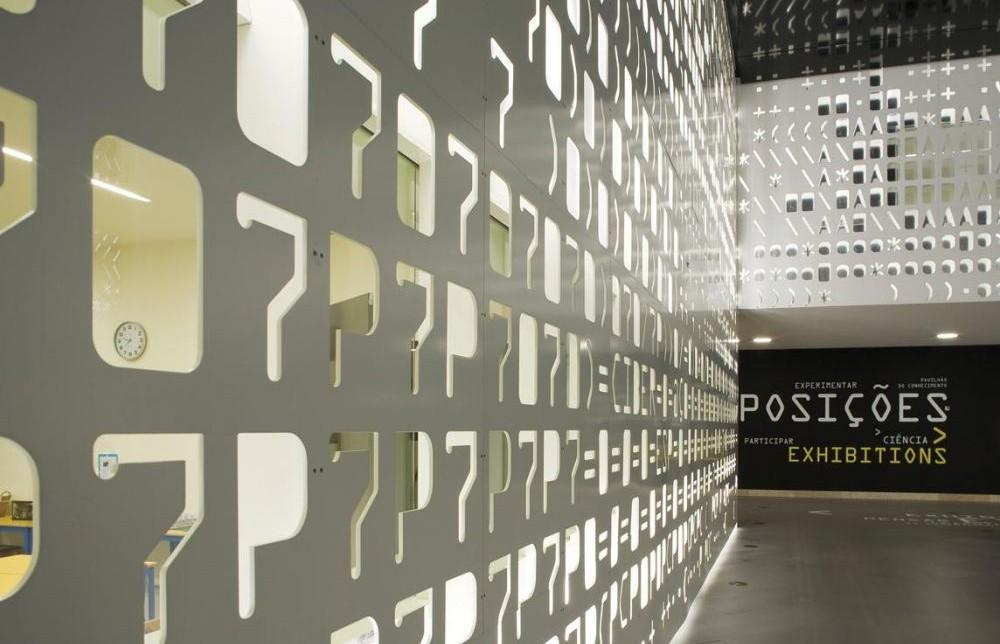 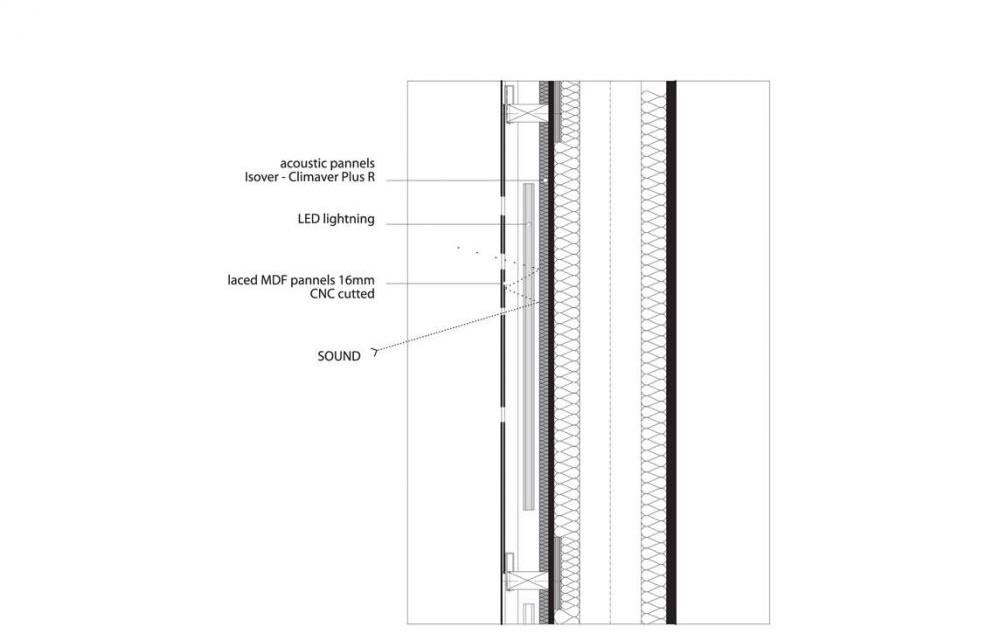 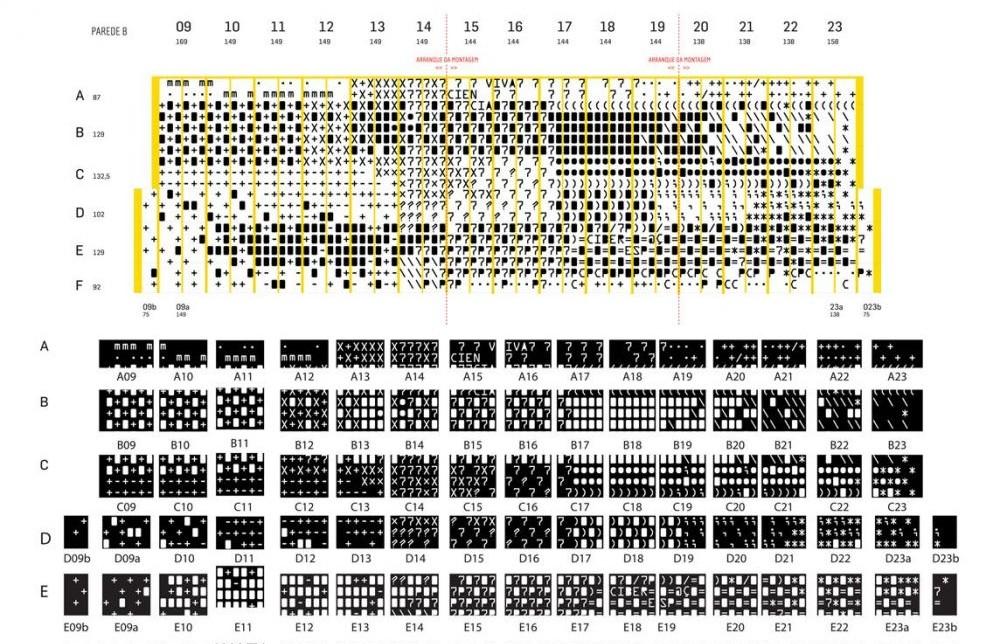 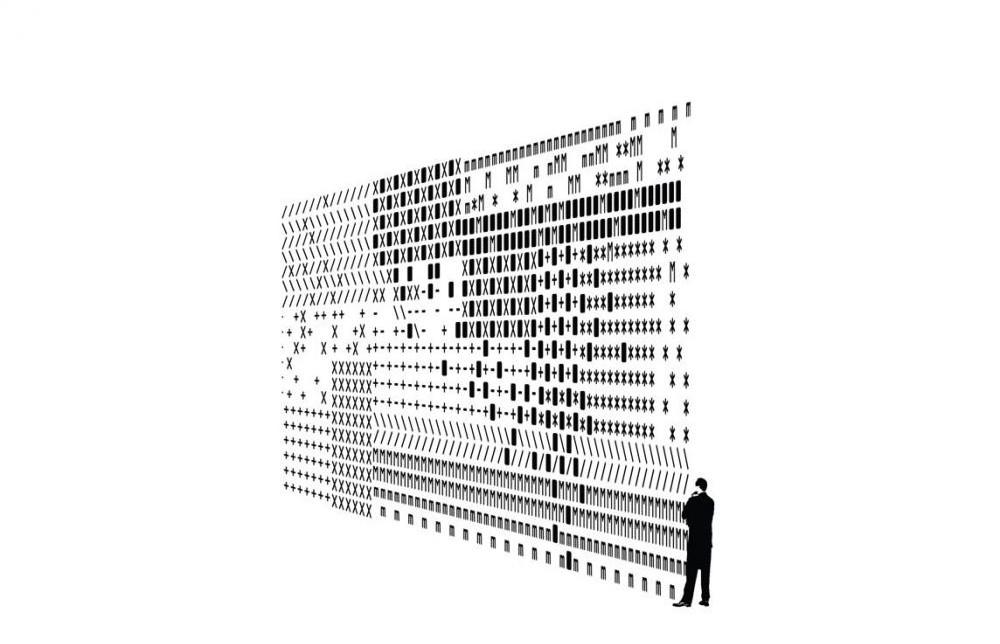 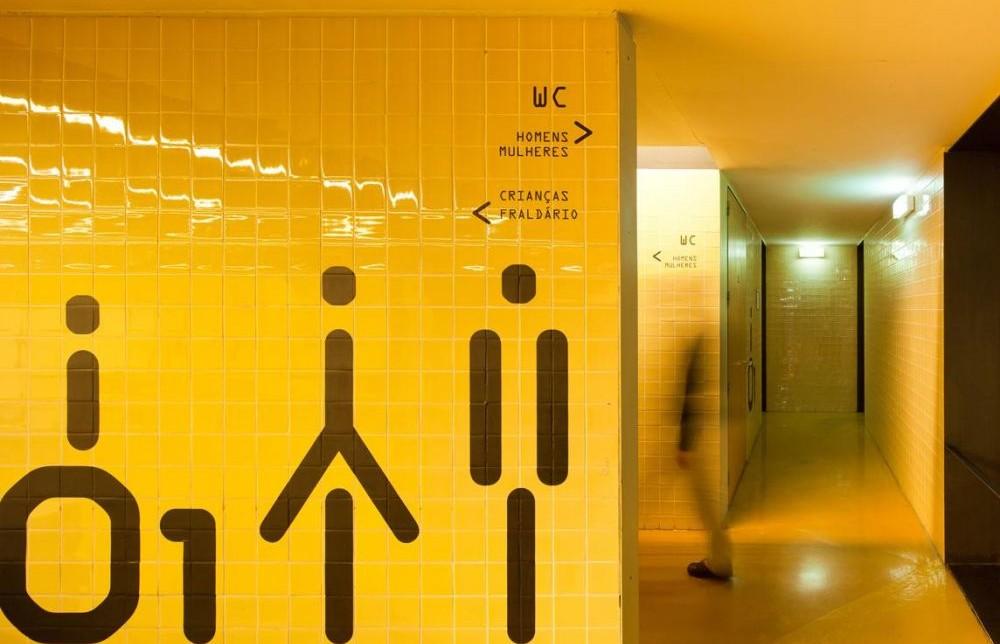 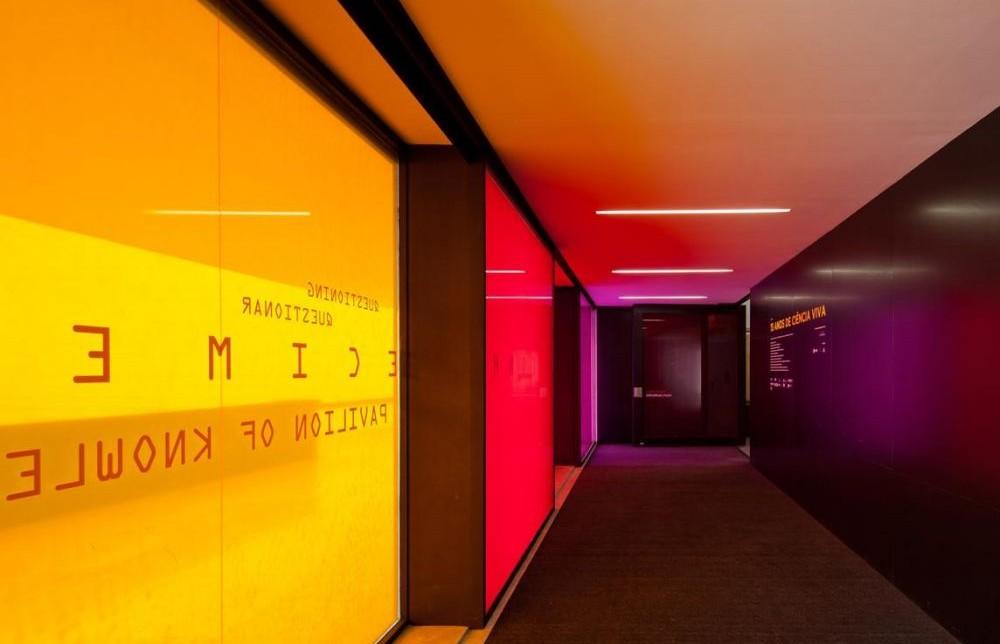 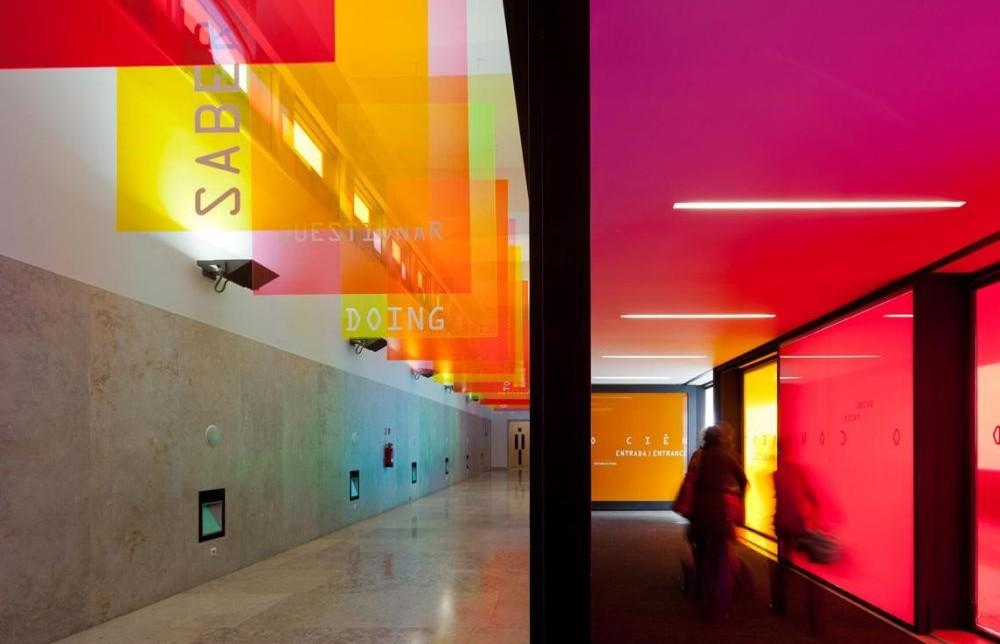 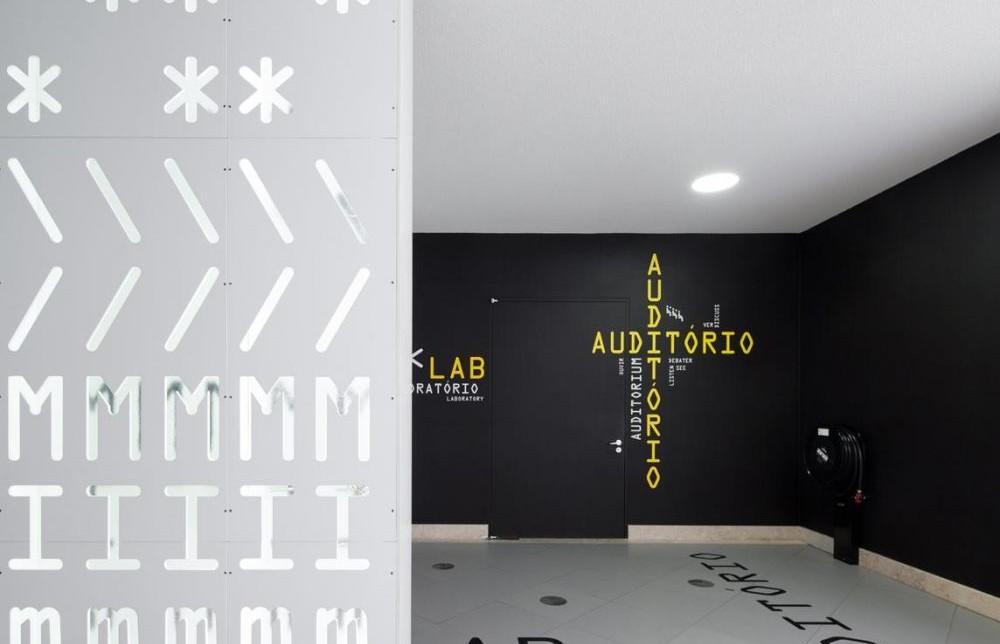 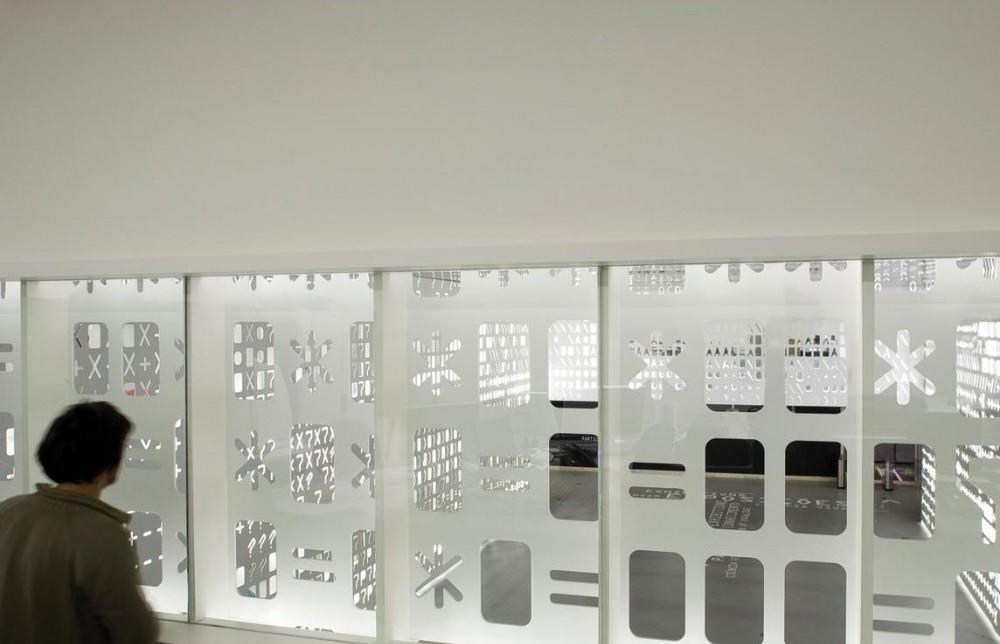 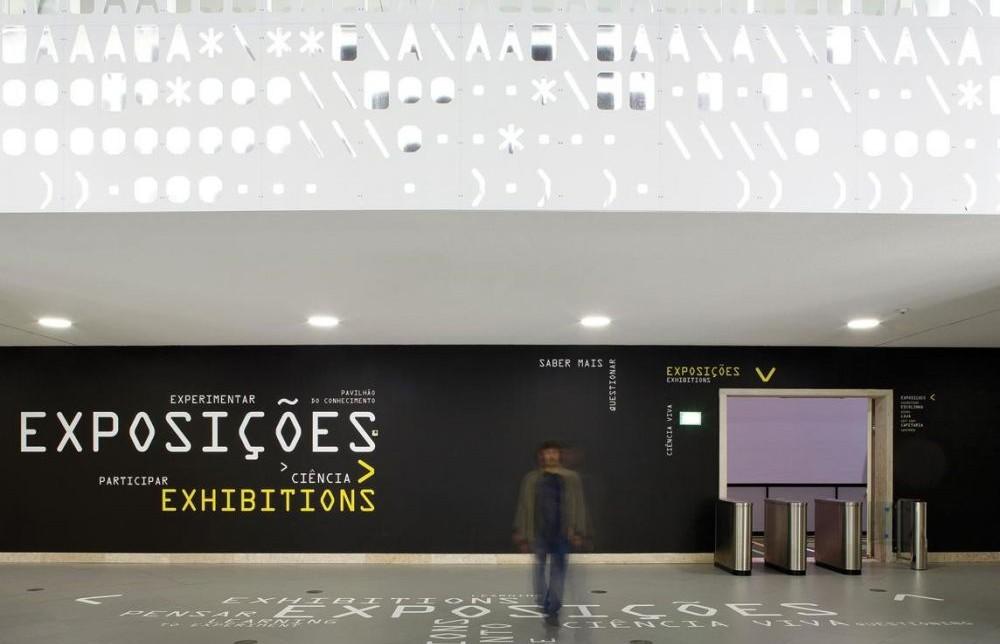 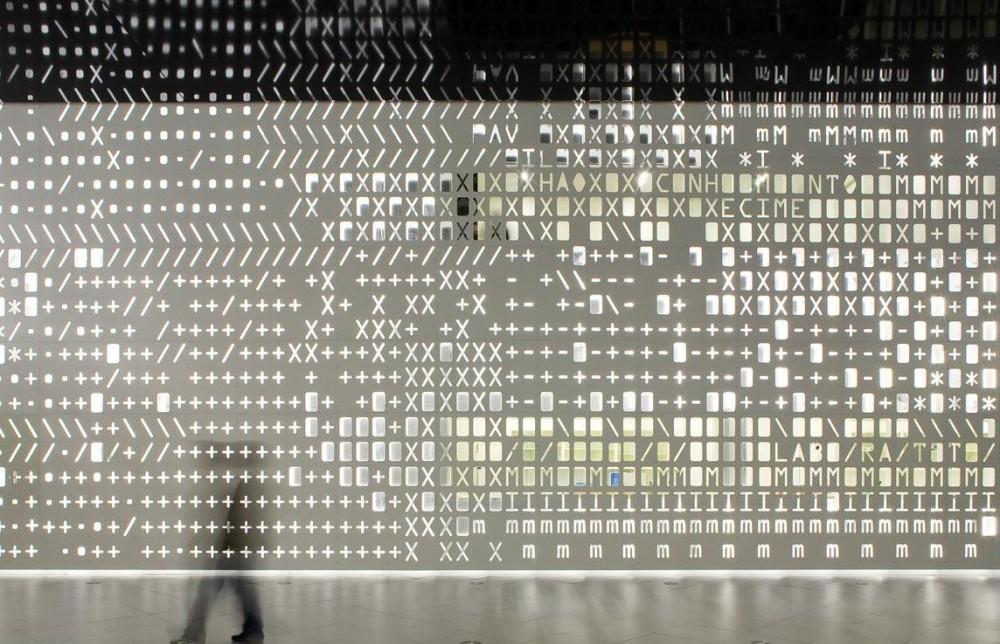 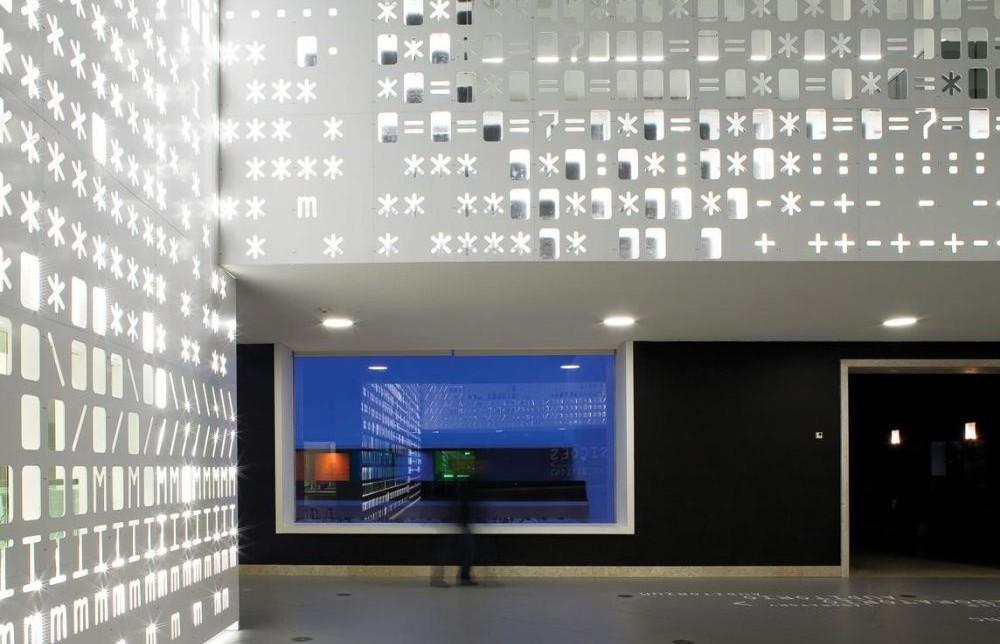 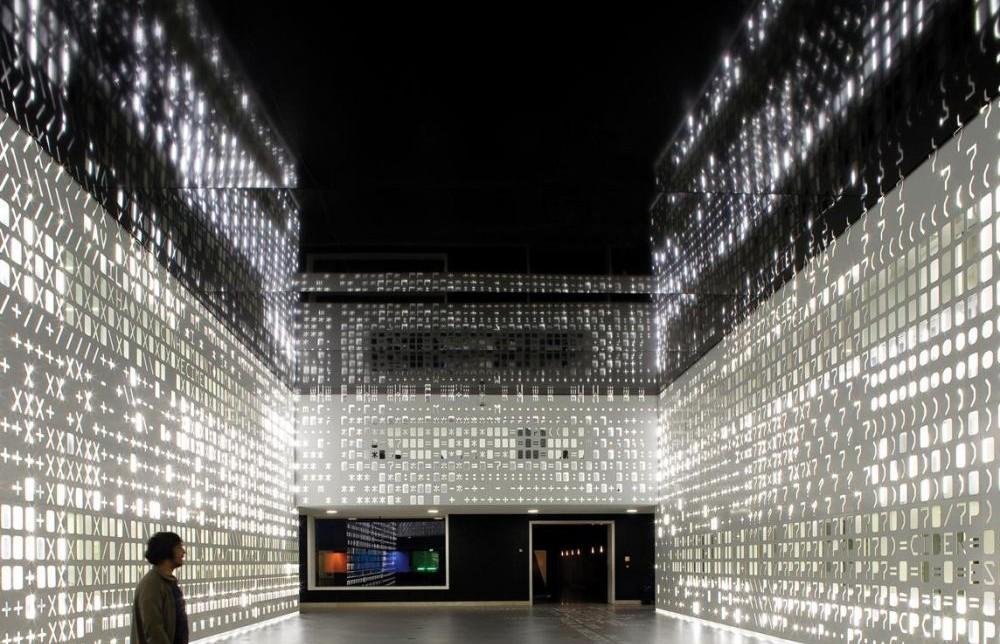 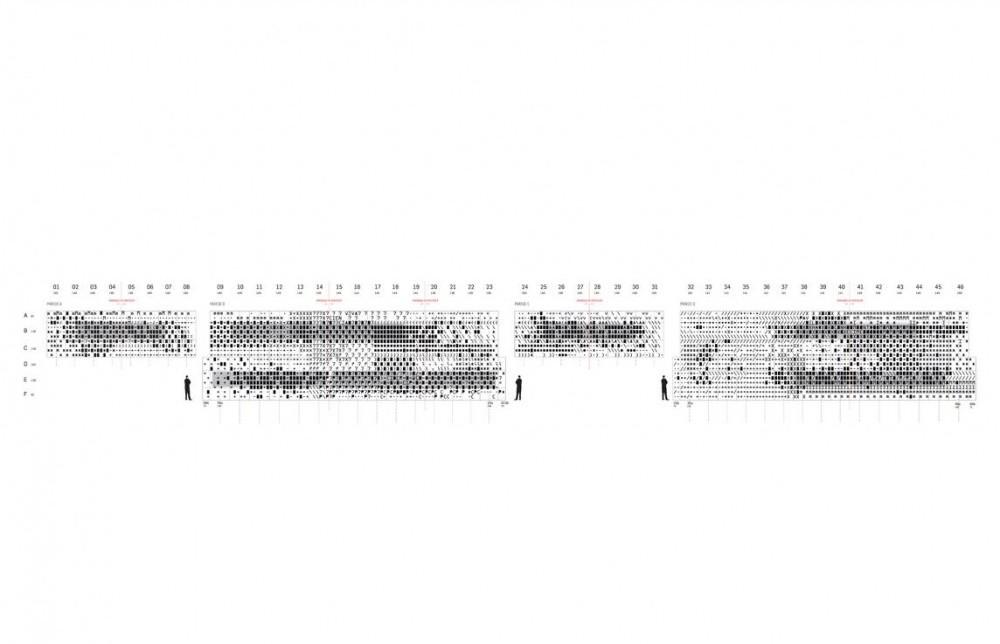 Wayfinding and Environmental design project developed in partnership with the architect João Luís Carrilho da Graça, for the Pavilion of Knowledge (Centro de Ciência Viva), a Science Museum in Lisbon. The intervention started with the environmental design project for the foyer. The intention, due to the versatility on the usage of this space, was to create a texture for a perforated wall with acoustic and lighting purposes. The theme, ASCII (American Standard Code for Information Interchange) is an analogy to museum intents of sharing information. By creating different pattern densities with bigger or smaller cuts, acoustic percentages and the openings in the window areas of the rear rooms were managed. LED white lighting between the wall and the SKIN was balanced with natural light. The signage is reapeated on the floor and on the walls, in an oversized scale.

The overall design project for the wayfinding system is the continuation of the foyer intervention, so, the type used, OCR-A is the natural choice, because it is a typeface used by computers in the information interchange.

The pictograms were designed and customized accordingly to the type used, OCR-A, and are used in oversized dimensions, due to the scale of the building.

The entrance of the building has big window openings, that were covered with colored transparent film, along with suspended acrylic colored panels, creating the effect of a “rainbow” stained glass, being at the same time the support for the signage information.