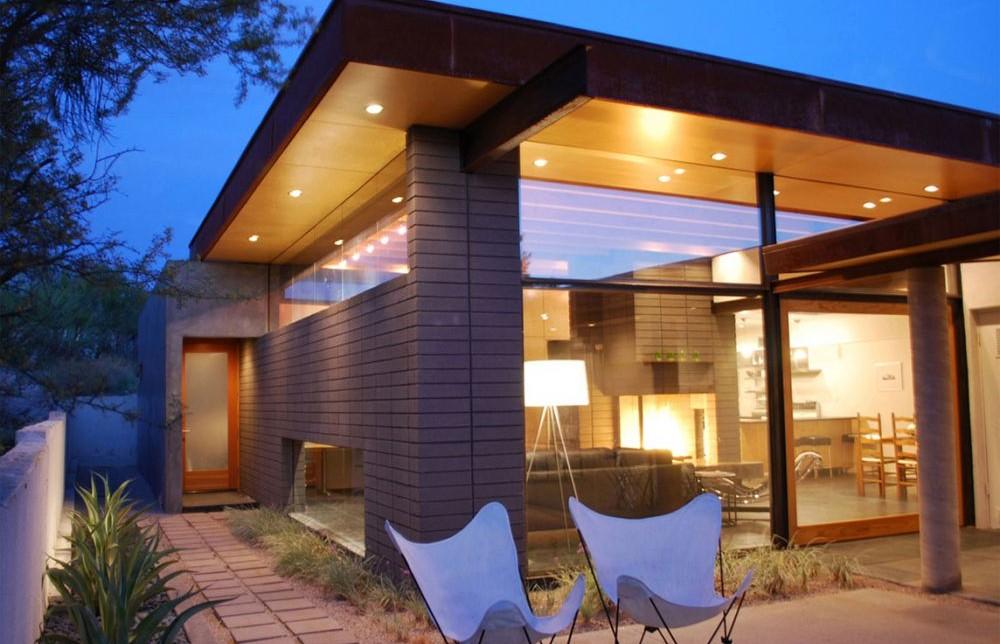 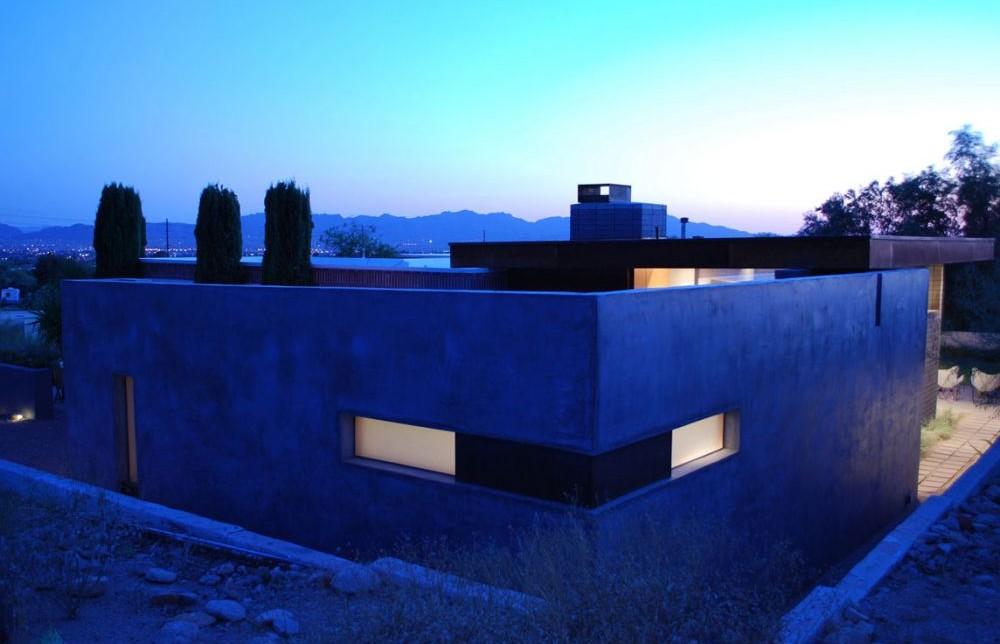 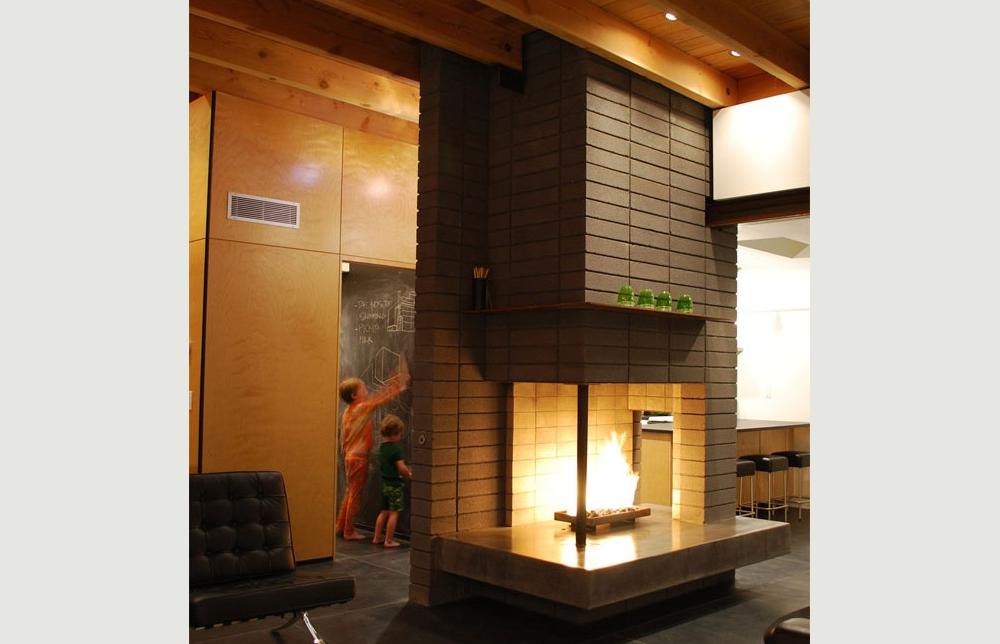 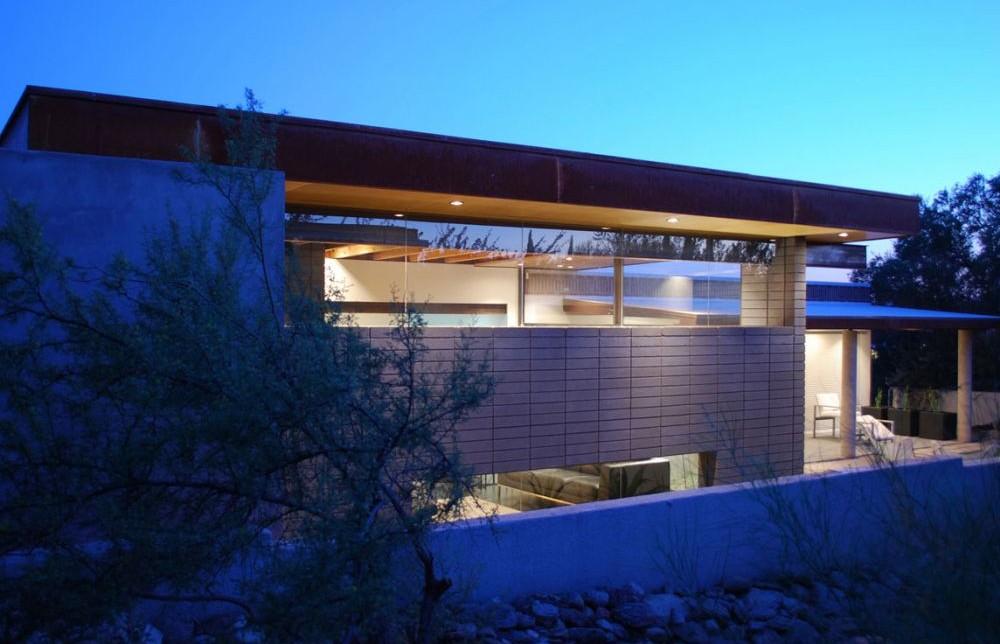 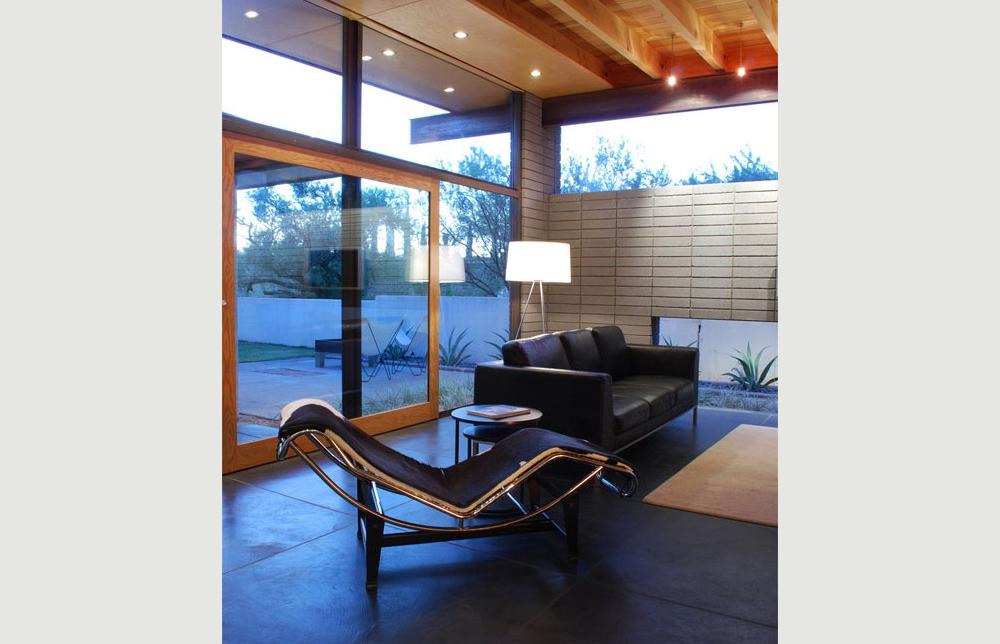 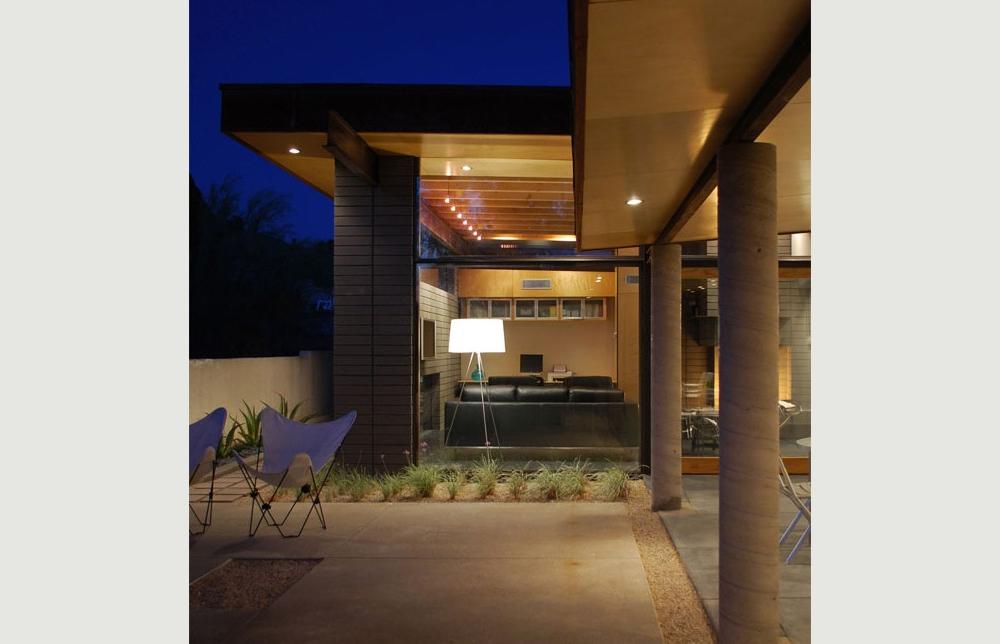 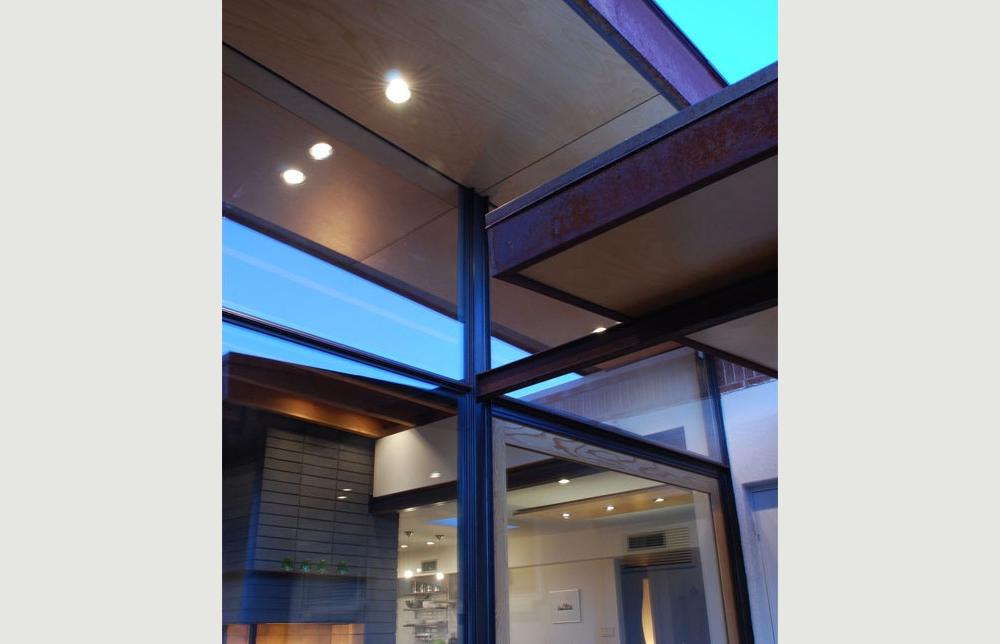 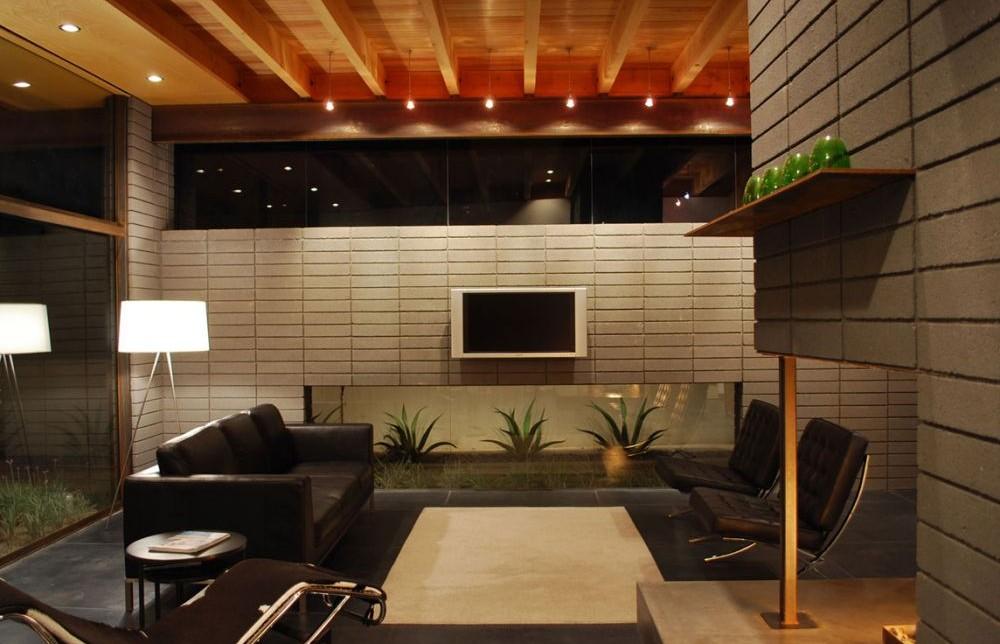 The Silvertree residence is a study in how a small, dated, closed in and inwardly focused residence can be revived into an inspiring modern space that interacts with the outdoors. The wonderful climate of the Sonoran desert, and the opportunity for indoor-outdoor living, was ignored in the previous floor plan of this vaguely Mediterranean 1970s home. A nicely scaled rear terrace with great desert, mountain and partial city views was nearly inaccessible in the floor plan of the existing house. The user had to either go through the existing garage or through the master bedroom to access the rear patio. A new multi-functional space, and a remodeled kitchen and dining room, all revolve around a new three-sided fireplace. The fireplace is at the nucleus of the space and acts as a focal point while separating the spaces. The fireplace is positioned to open to all of the living spaces as well as the exterior patio. These new spaces allow the rest of the existing house to be connected with the exterior. The garage was relocated, creating better access in and out of the garage and allowing the rest of the rear of the house to open to the exterior. The new location buffers the living spaces from the roadway. The garage is covered with integral color plaster contrasting but complementing the existing painted stucco house and site walls. Storage is concealed behind birch panels allowing the garage to be minimal and uncluttered. The new garage acts as a showplace for the owners beloved restored 1970 Citroen DS. A pantry was added between living areas and the new garage creating a transitional space and extra storage for the new kitchen. The pantry is clad in birch panels with concealed pullout pantry doors.

The new living spaces open the house to the outdoors while maintaining privacy in its suburban setting. Fenestration was positioned to provide controlled views and light while screening neighboring houses. A clerestory window opens to the east allowing views of the tops of the Catalina Mountains. Mullion less butt-jointed glazing was used on the north facade to strengthen the connectivity with the outdoors and provide unfettered views. A large steel beam spans across the space supporting the roof making the roof appear to float over the mullion-less glass below. Large retractable screens concealed in the ceiling provide privacy and solar control when needed. The existing patio porch framing was saved and covered with birch panel plywood to unite the interior and exterior. The framing is supported by steel wide-flange beams and concrete columns echoing the interior language. The new space allows the exterior patio to become an extension of the interior spaces encouraging indoor-outdoor living. Integral color concrete floors below, and birch soffits above, extend to the exterior breaking the conventional opaque boundary, blurring the line between interior and exterior. A large custom sliding door can be opened to strengthen the connectivity with the exterior spaces. The space now becomes an observatory in which one can experience the ever changing environment of the desert; the daily and annual changes of light; the blooming Palo Verdes in spring; and the spectacular lightning shows during the monsoons