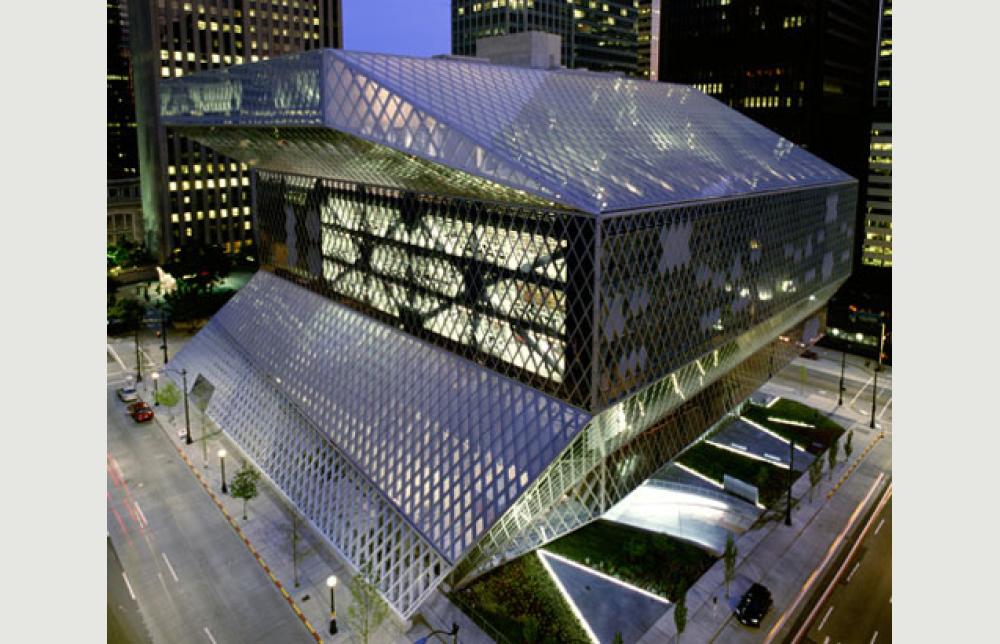 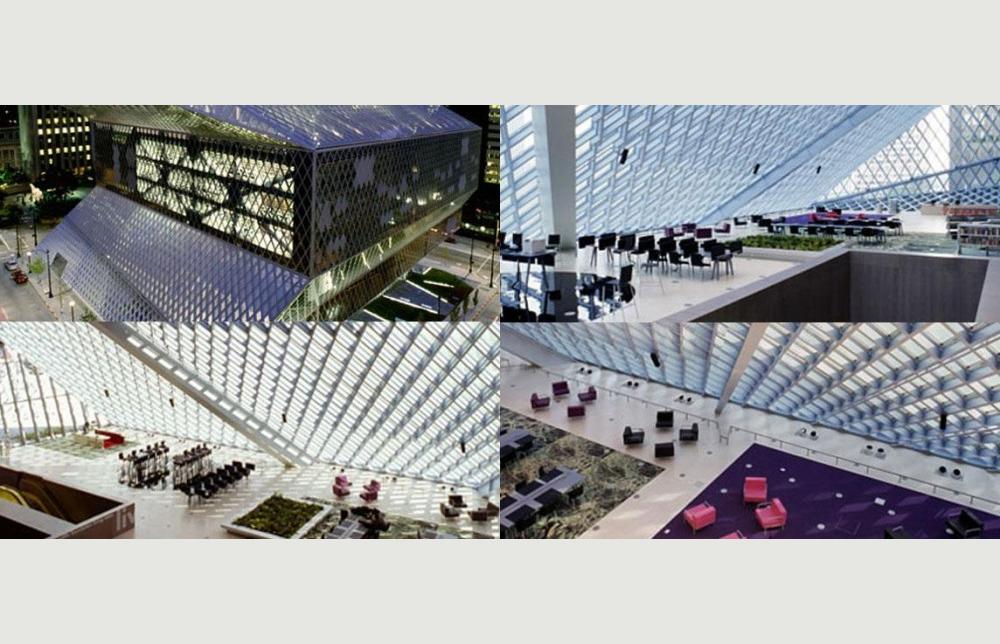 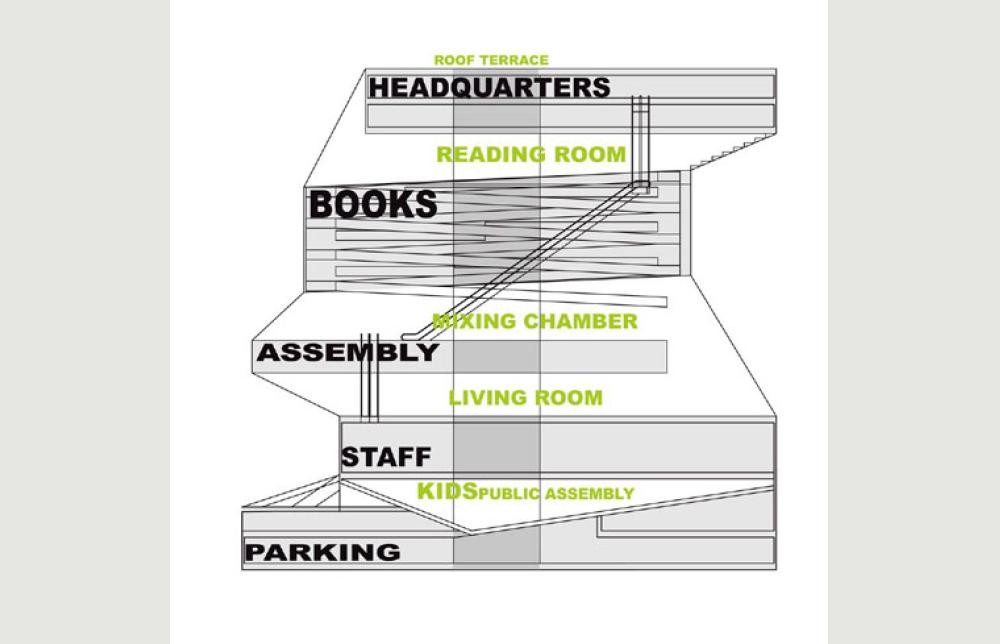 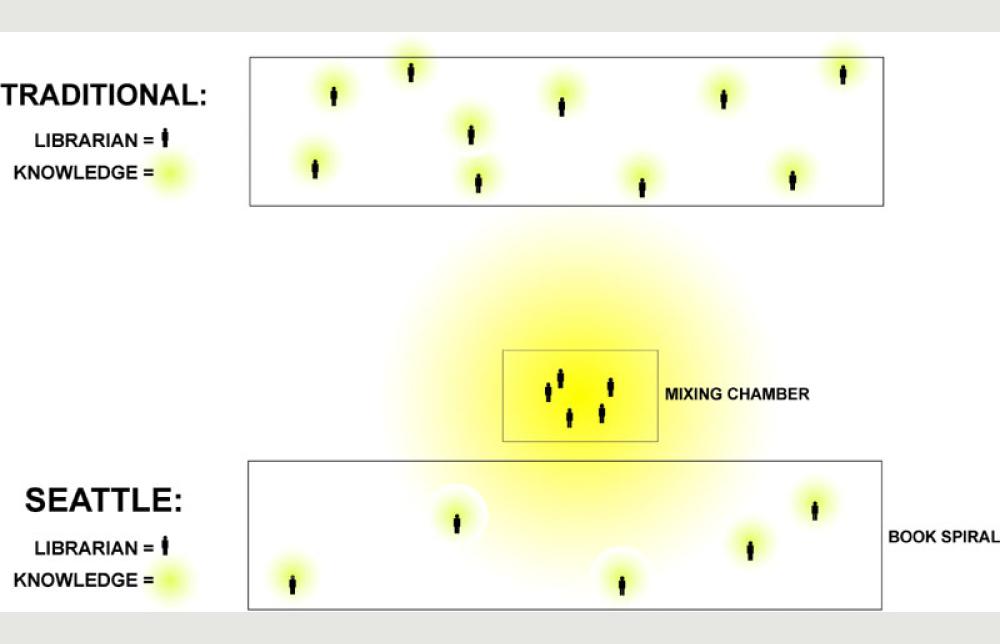 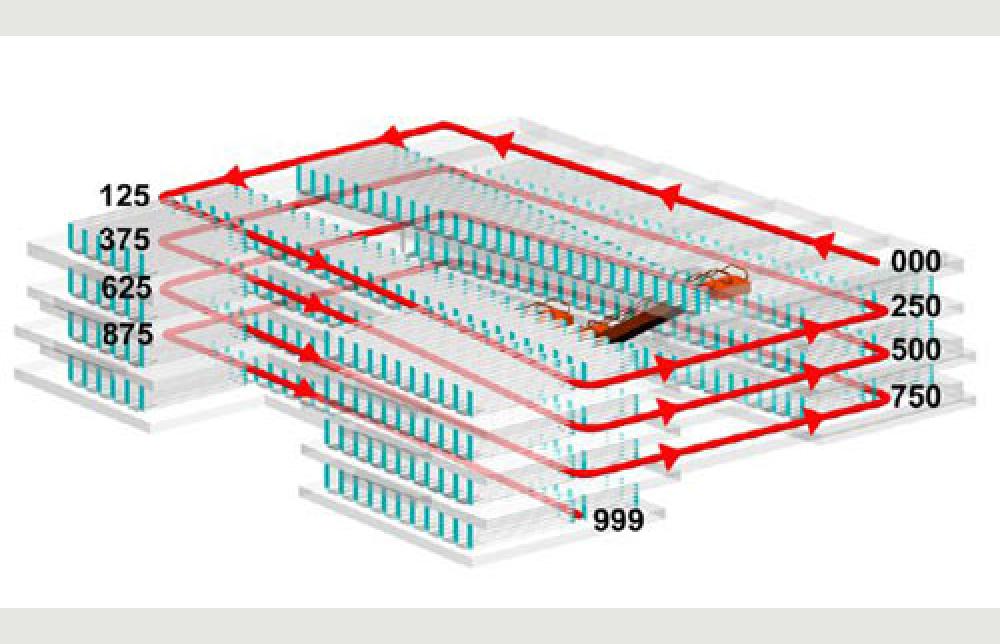 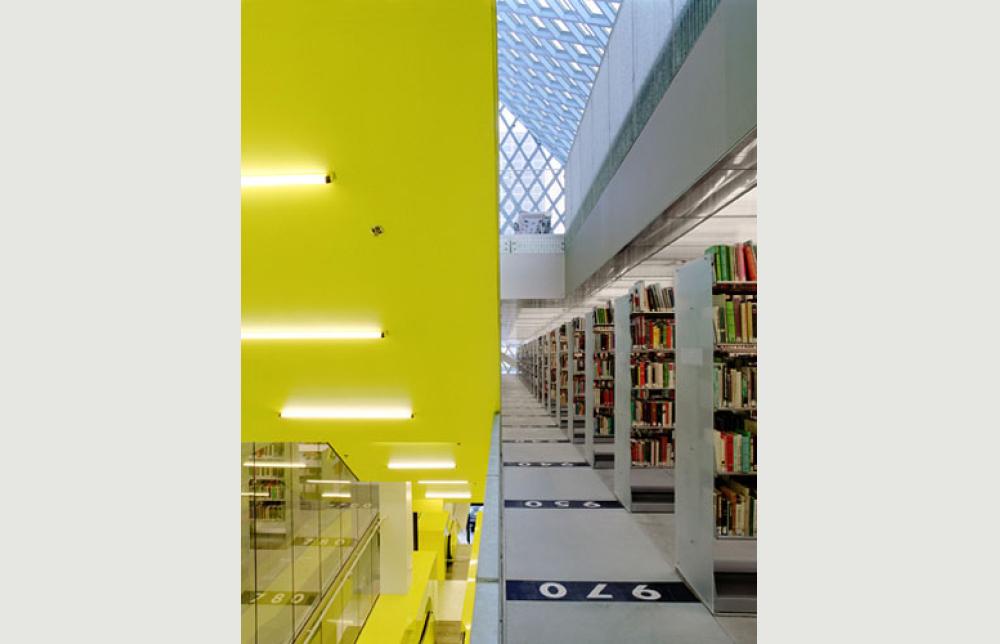 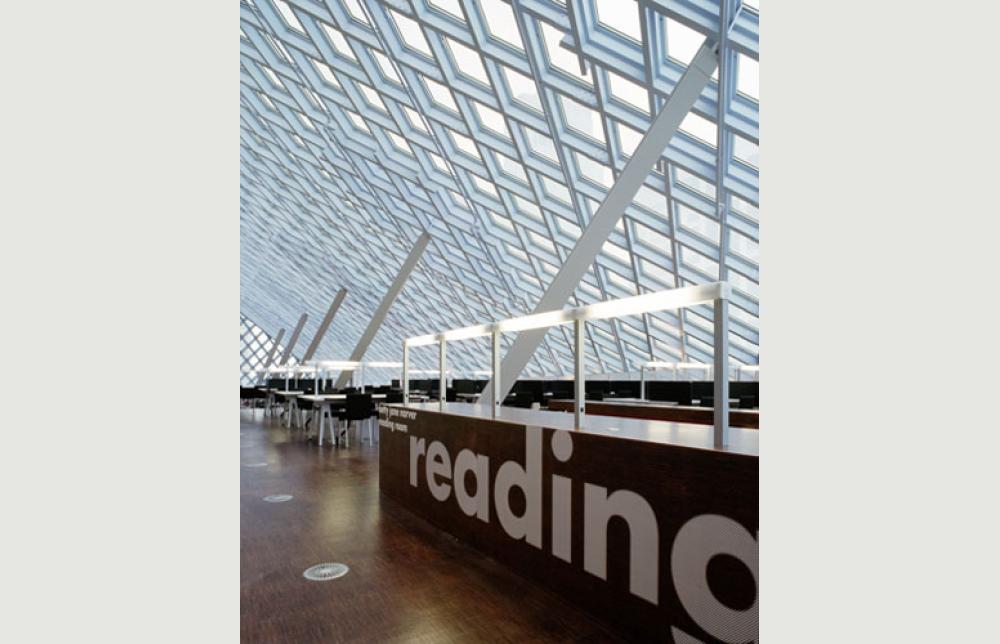 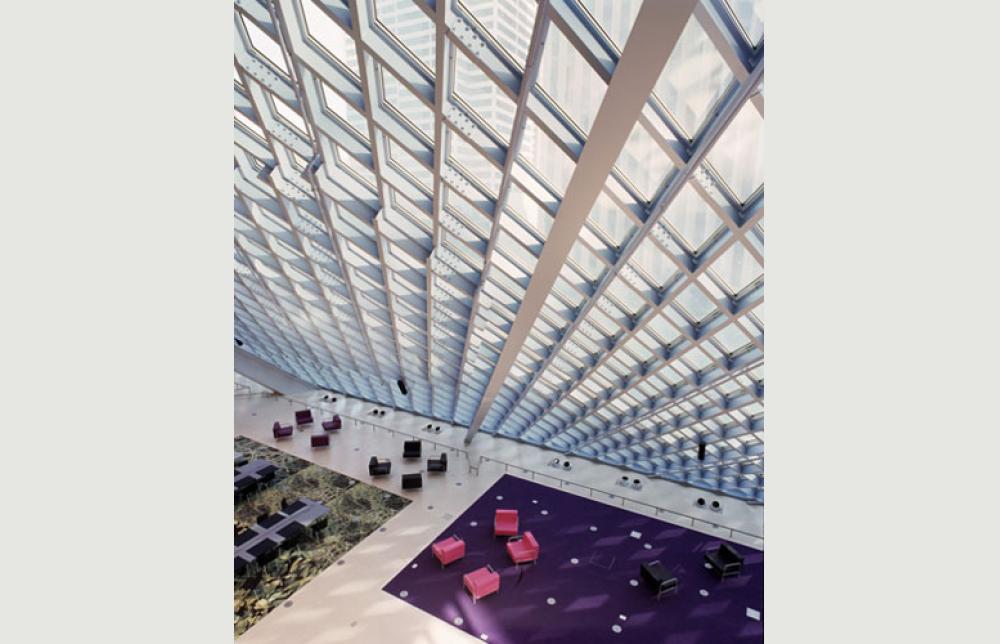 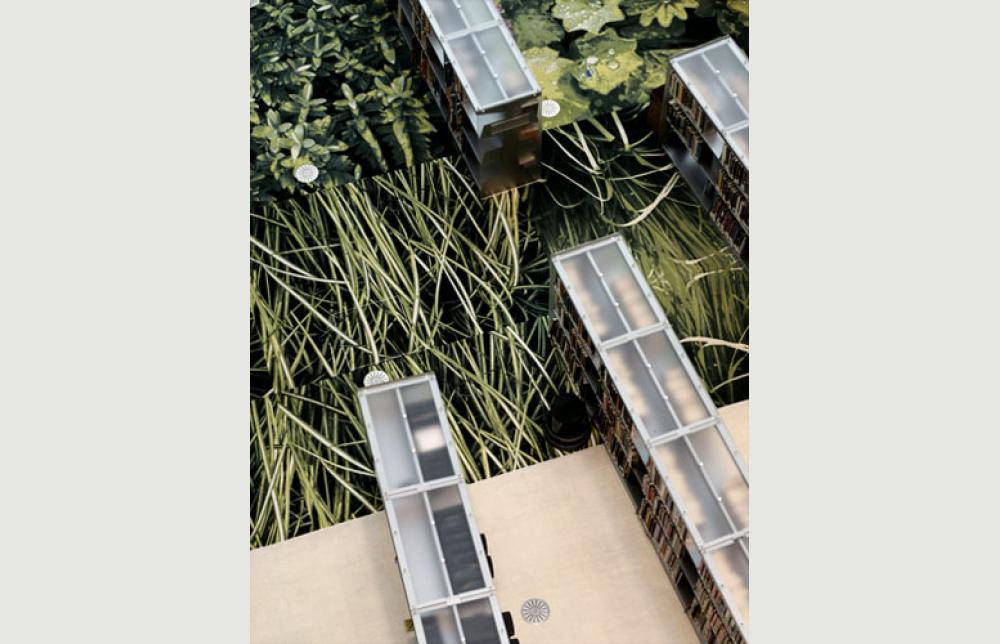 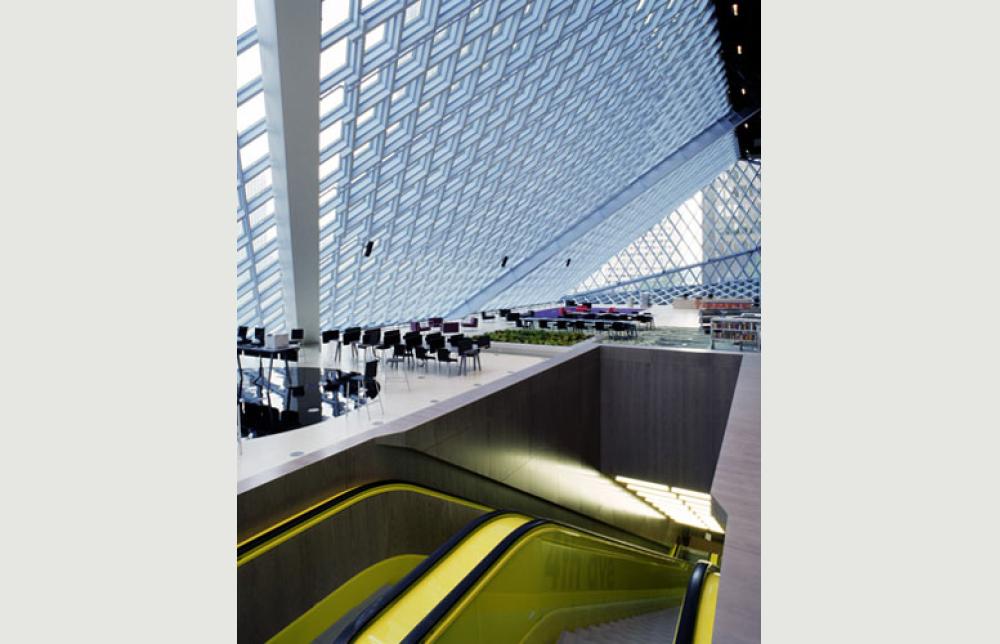 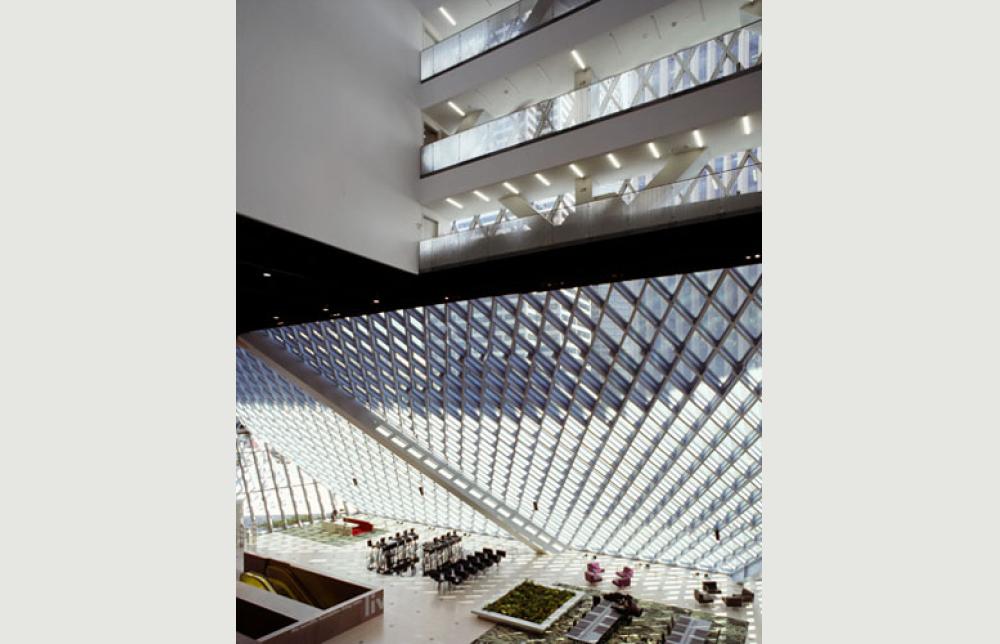 The library represents, maybe with the prison, the last of the uncontested moral universes. The moral goodness of the library is intimately connected to the conceptual values of the book: the library is its fortress; librarians are its guardians…

As new media emerge and gain currency, the library seems threatened, a fortress ready to be taken by a marauding hoard of technologies. In this fairytale, the electronic becomes barbaric. Its intangible, ominous ubiquity, its uncontrollable accessibility seems to represent a loss of order, tradition, civilization. In response, the language of the library has become moralistic and defensive. Its rhetoric proclaims a sense of superiority in mission, social responsibility, value…

The last decade has revealed an accelerated erosion of the Public Domain—replaced by increasingly sophisticated and entertaining forms of the Private.

The essence of the Public is that it is free.

Increasingly public space has been replaced by accommodations of quasi-public substance that while suggesting an open invite, actually make you pay. The library stands exposed as outdated and moralistic at the moment that it has become the last repository of the free and the public.

Our ambition is to redefine the library as an institution no longer exclusively dedicated to the book, but as an information store where all potent forms of media—new and old—are presented equally and legibly. In an age where information can be accessed anywhere, it is the simultaneity of all media and (more importantly) the curatorship of their contents that will make the library vital.

Flexibility in contemporary libraries is conceived as the creation of generic floors on which almost any activity can happen. Programs are not separated, rooms or individual spaces not given unique characters. In practice, this means that bookcases define generous (though non-descript) reading areas on opening day, but, through the collection’s relentless expansion, inevitably come to encroach on the public space. Ultimately, in this form of flexibility, the library strangles the very attractions that differentiate it from other information resources.

Instead of its current ambiguous flexibility, the library could cultivate a more refined approach by organizing itself into spatial compartments, each dedicated to, and equipped for, specific duties. Tailored flexibility remains possible within each compartment, but without the threat of one section hindering the others.

Our first operation was to “comb” and consolidate the library’s apparently ungovernable proliferation of programs and media. By combining like with like, we identified programmatic clusters—five of stability, and four of instability.

Each platform is a programmatic cluster that is architecturally defined and equipped for maximum, dedicated performance. Because each platform is designed for a unique purpose, their size, flexibility, circulation, palette, structure, and MEP vary.

The spaces in between the platforms function as trading floors where librarians inform and stimulate, where the interface between the different platforms is organized—spaces for work, interaction, and play.

By genetically modifying the superposition of floors in the typical American high rise, a building emerges that is at the same time sensitive (the geometry provides shade or unusual quantities of daylight where desirable), contextual (each side reacts differently to specific urban conditions or desired views), iconic.

The problem of traditional library organization is flatness. Departments are organized according to floor plans. Each floor is discreet; the unpredictable fits of growth and contraction in certain sections are, theoretically, contained within a single floor.

In 1920, the Seattle Public Library had no classification for Computer Science—by 1990 the section had exploded. As collections unpredictably swell, materials are dissociated from their categories. Excess materials are put in the basement, moved to off-site storage, or become squatters of another, totally unrelated department.

The Book Spiral implies a reclamation of the much-compromised Dewey Decimal System. By arranging the collection in a continuous ribbon – running from “000” to “999” – the subjects form a coexistence that approaches the organic; each evolves relative to the others, occupying more or less space on the ribbon, but never forcing a rupture. For Seattle, the Spiral’s 6,233 bookcases are guaranteed to house 780,000 books upon opening, with flexibility to grow to 1,450,000 books in the future (without adding another bookcase).

The traditional library presents the visitor with an internal matrix of materials, technologies, “specialists.” It is an often demoralizing process – a trail of tears through dead-end sections, ghost departments, and unexplained absences.

The Book Spiral liberates the librarians from the burden of managing ever-increasing masses of material. Newly freed, they reunite in a circle of concentrated expertise. The Mixing Chamber is an area of maximum librarian-patron interaction; a trading floor for information orchestrated to fulfill an essential (now neglected) need for expert interdisciplinary help.