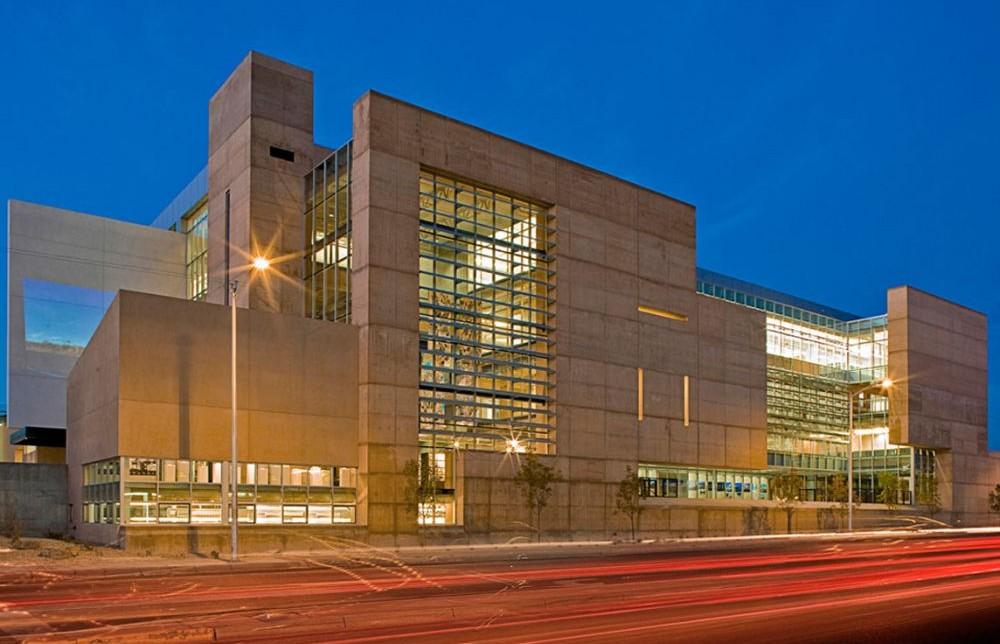 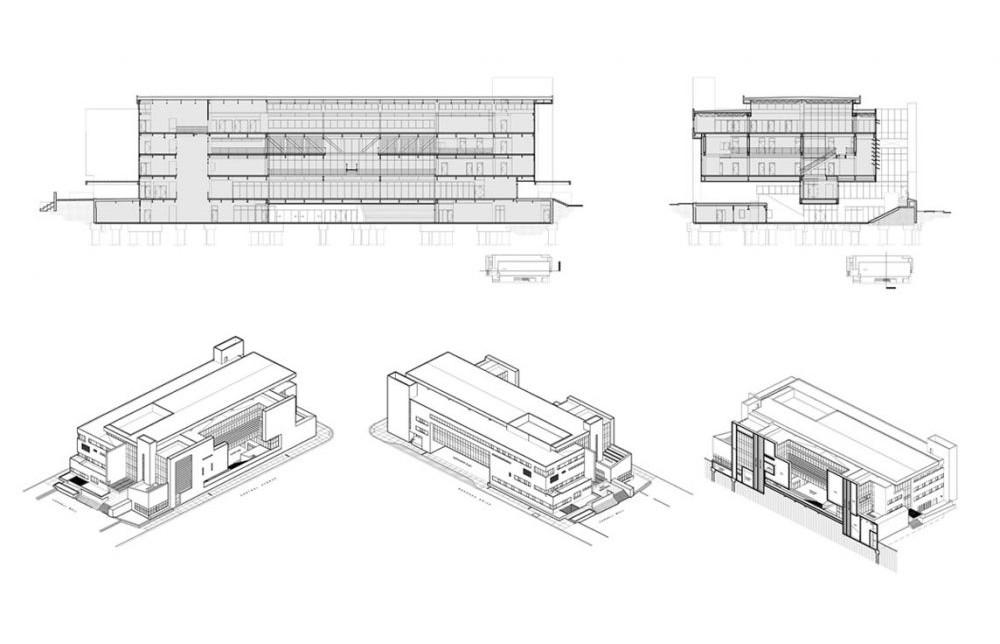 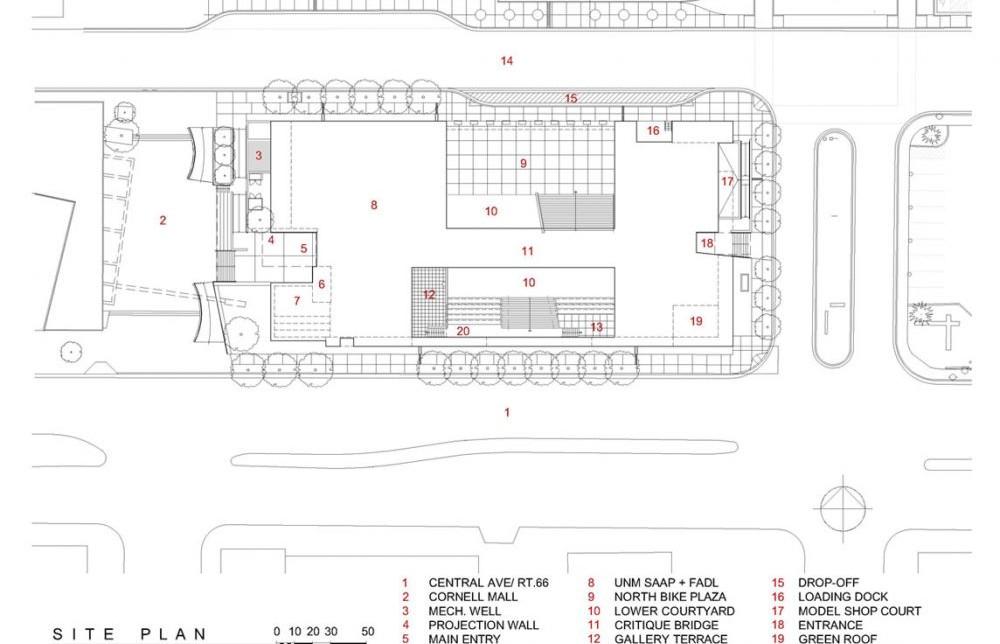 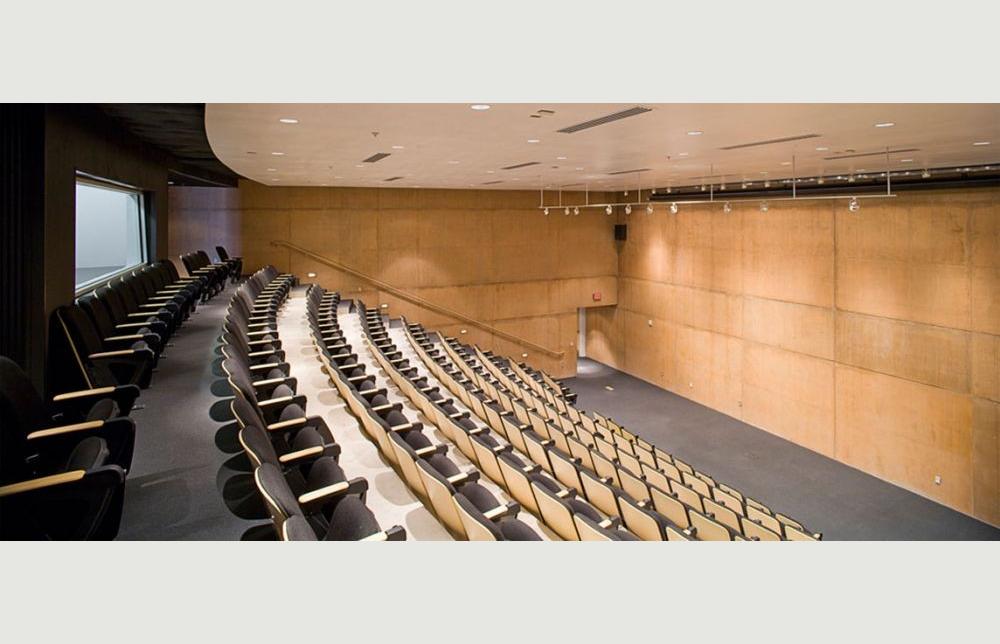 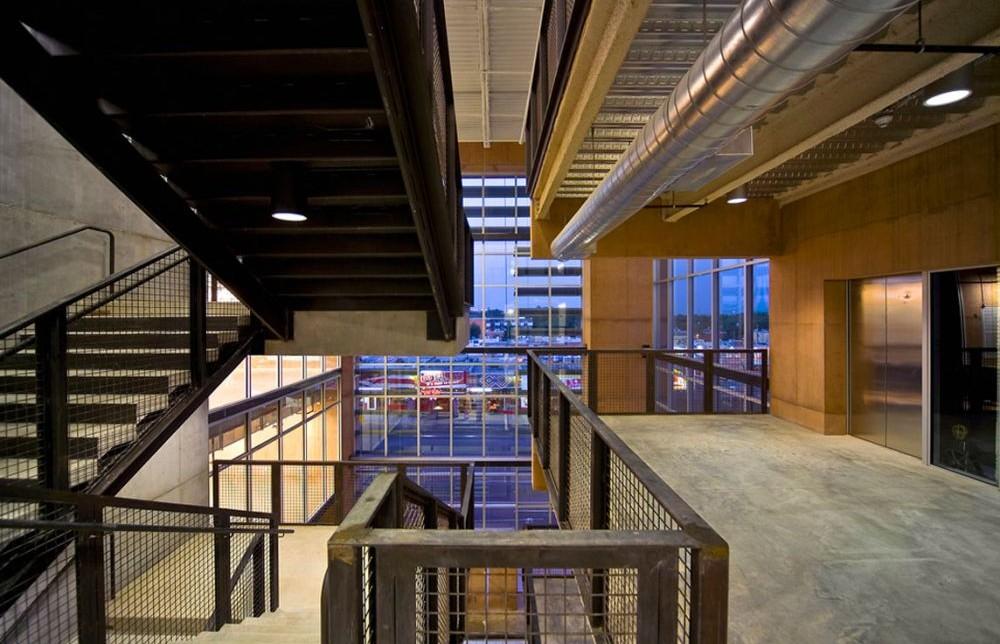 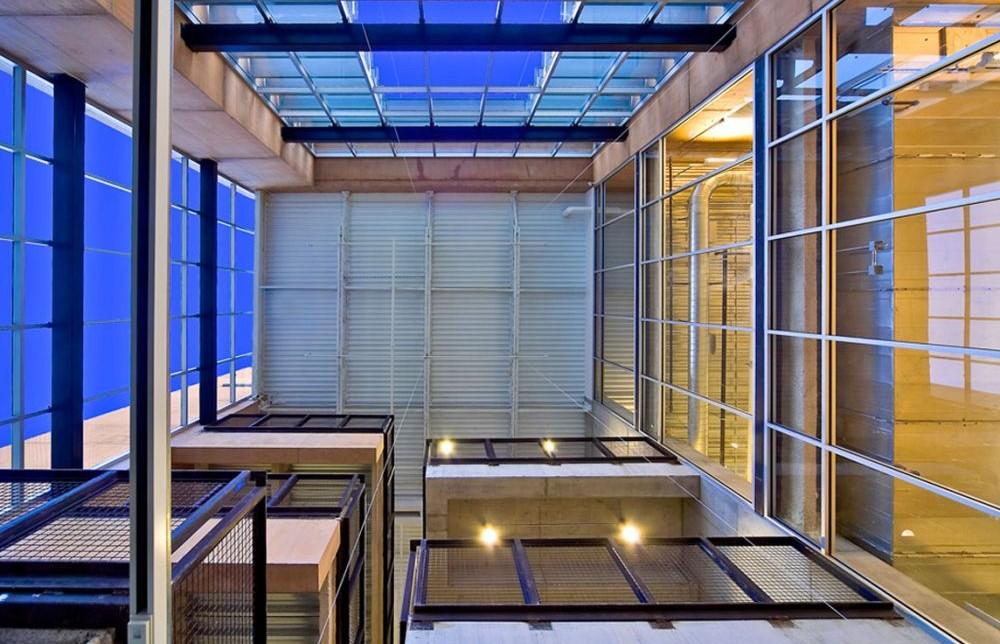 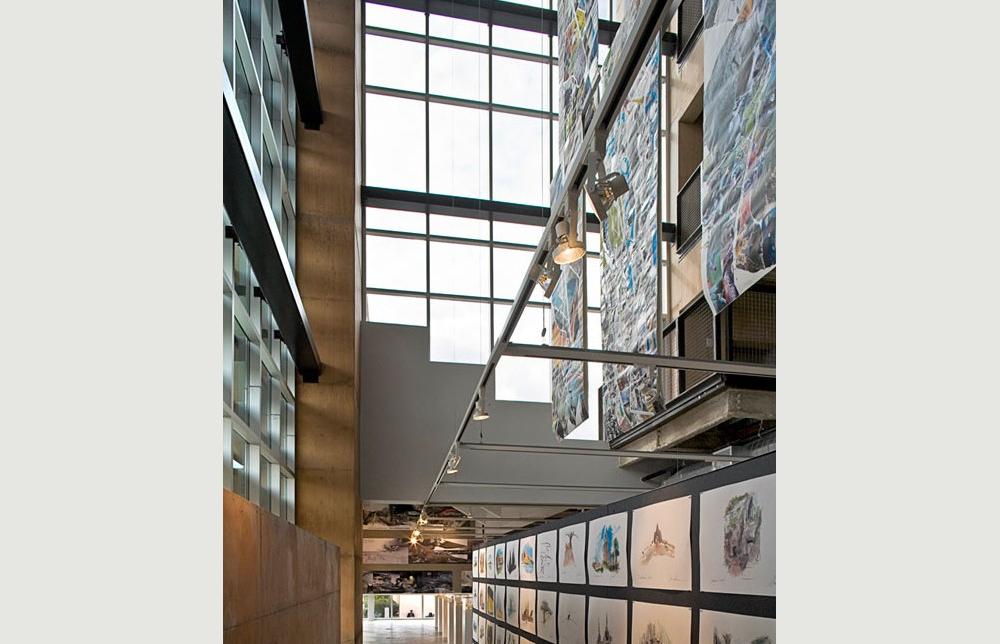 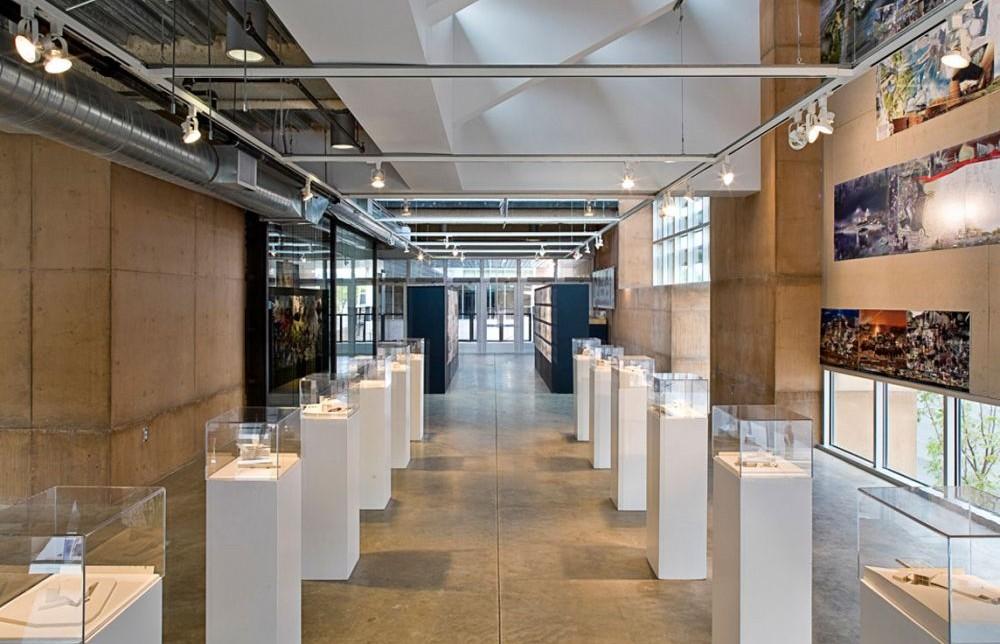 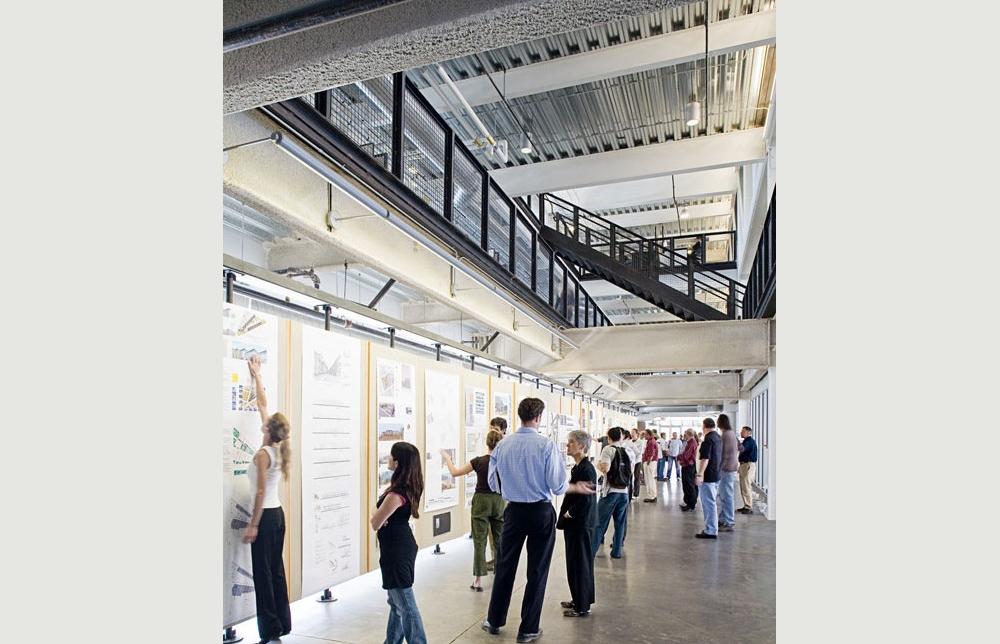 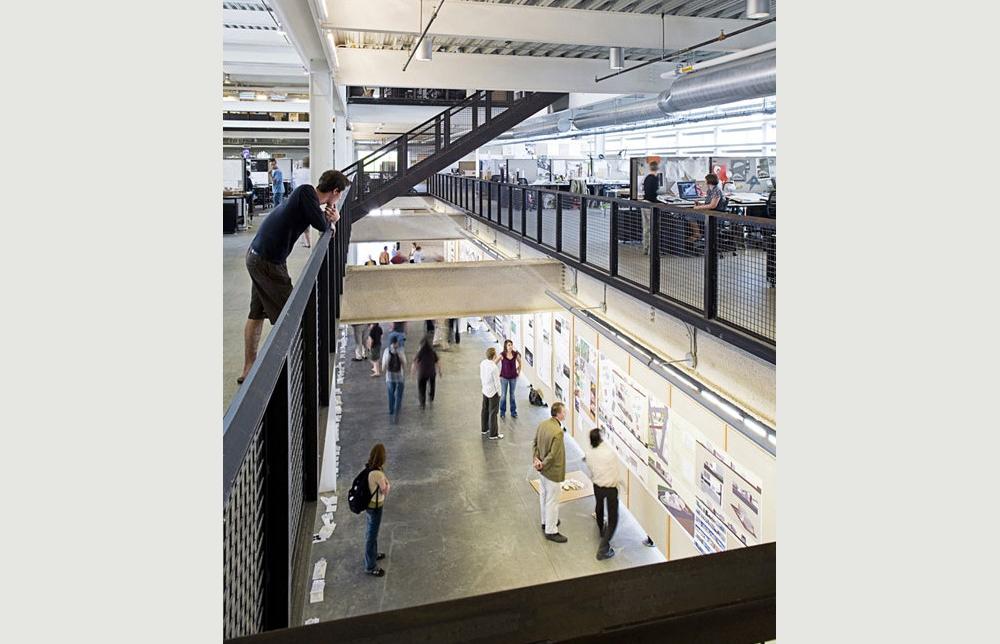 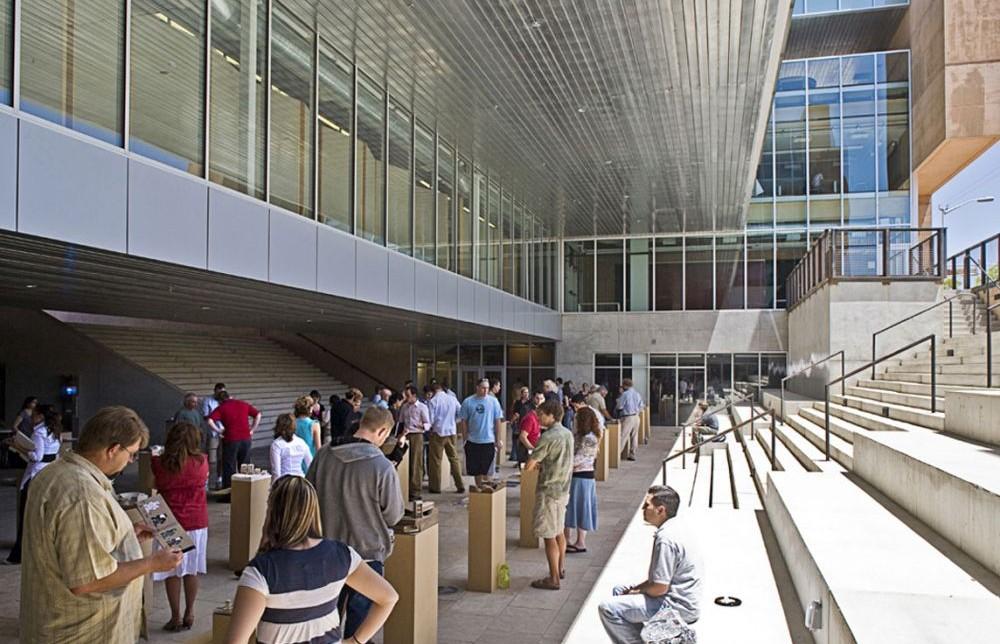 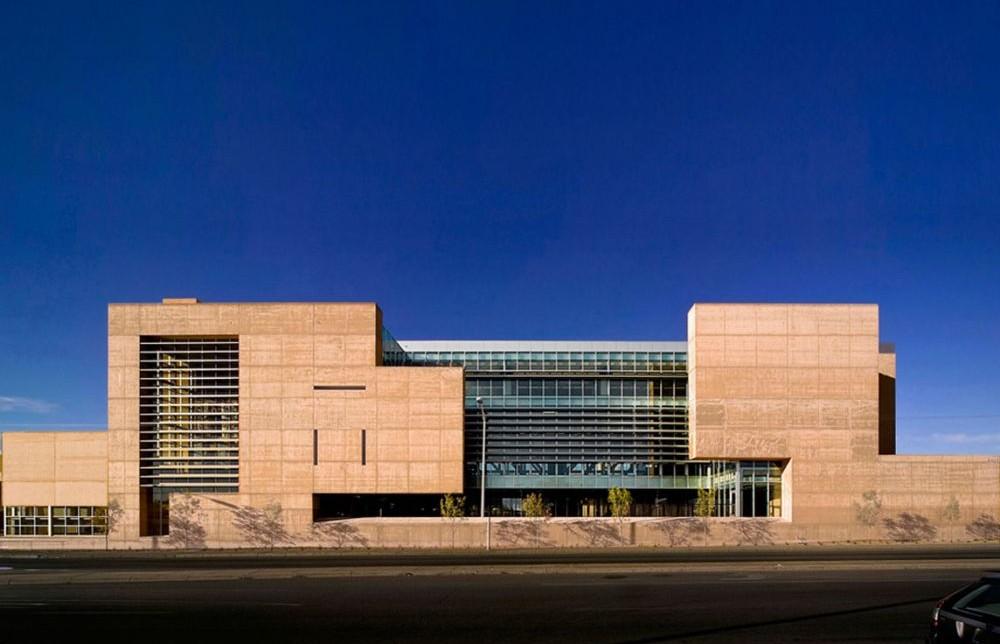 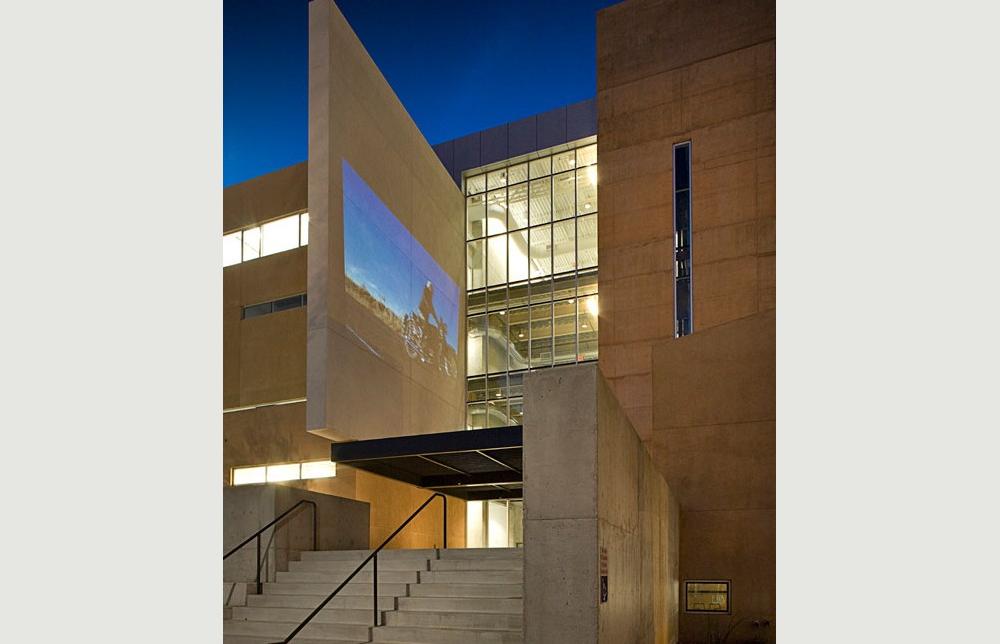 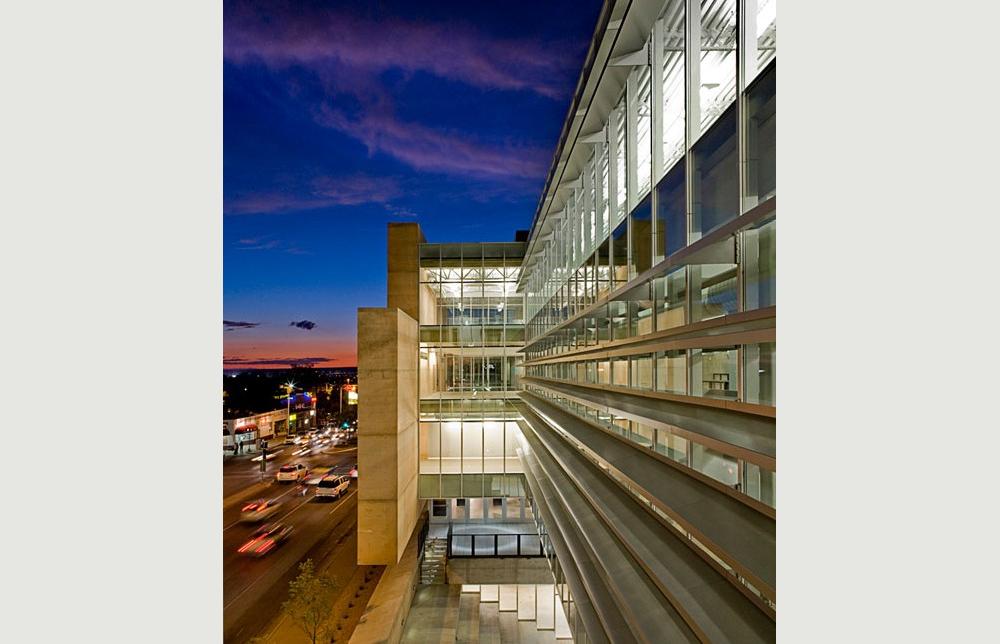 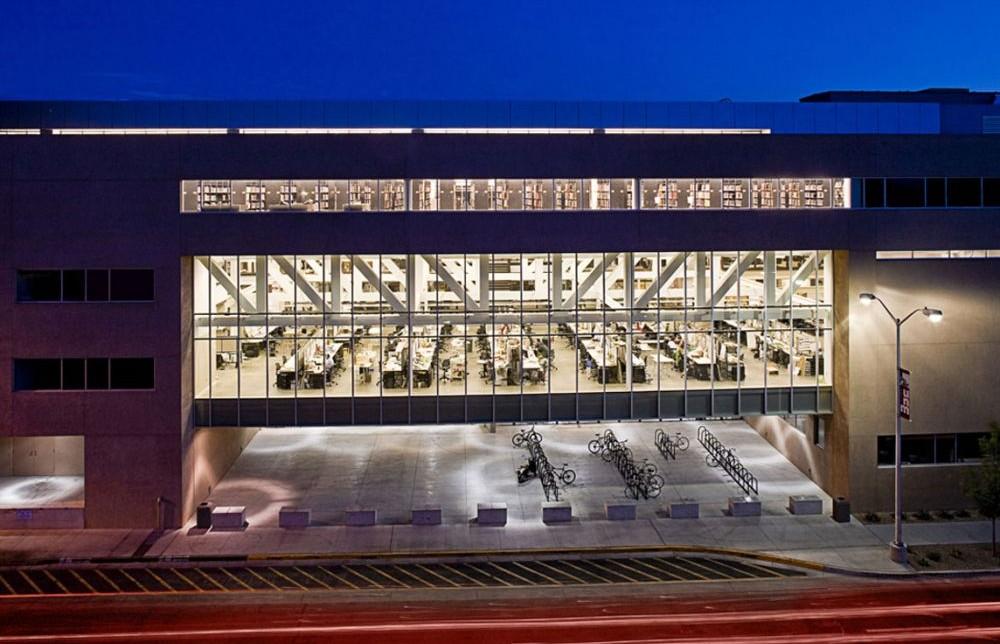 The new School of Architecture Planning and Fine Arts Design Library at the University of New Mexico is driven by the necessity of making a building that inspires and teaches students about the potential of architecture. This notion is intersected with the desire to allow the building to be shaped by specific environmental, urban and campus forces. Additionally, the timeless relationships between building and environment from the cliffs of Canyon de Chelly to the mute, powerfull walls of Anasazi architecture, conceptually and materially inform our project. The building optimizes envelope while still incorporating these forces.

Believing that a student can be engaged and actively learn from the intrinsic qualities of the spaces in which they work, the project accomplishes this on a multitude of levels. First, by revealing infrastructure and environmental systems such as the exposed structure and HVAC systems both passive and active . Second, by demonstrating how plan and section are connected in a complex relationship linking light, spatial flows and structure. This is most clearly evidenced where the studios and seminar rooms form a layered canyon of modulated light. Third, places like the hanging seminar rooms and the rooftop terraces call into question the conventional occupation and programming of space.

The articulated wall on Central Avenue becomes a new abstract sign along Route 66. Its solar apertures relate to moments of equinox and solstice throughout the year. Nomadic occupation of the studios and the possibility of student encampments on the terraces contrast the physicality and permanence of the concrete wall. Following the campus design directives, the massing and color of the building exterior relates directly to the stepped forms and the earth-colored stucco that define and bring cohesion to the UNM campus.

Additional Information
The School of Architecture Planning and Fine Arts Design Library is a teaching tool for the young architects who inhabit it. The principals of environmental sustainable design inform each aspect of the scheme. The building is optimally orientated along the east-west axis, a traditional way of orienting structures in the arid southwest dating back to Acoma Pueblo and beyond. This orientation enables maximum sun control at the south face of a building. When heated, the southern faade will behave as a modified vented trombe wall inducing a stack effect drawing air from the cool pools and gardens. The massive southern wall, in addition to the mass of concrete floors, will also help stabilize diurnal temperature shifts. Optimal north daylight – diffuse and soft – is brought into studio spaces decreasing energy consumption by minimizing the need for artificial lighting and significantly reducing heat generated by artificial lights.