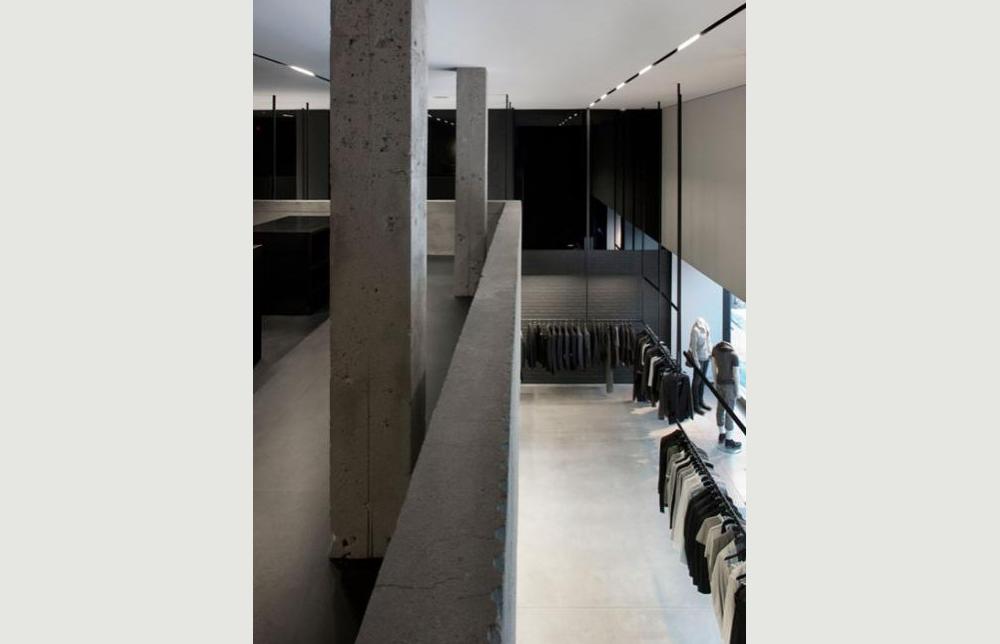 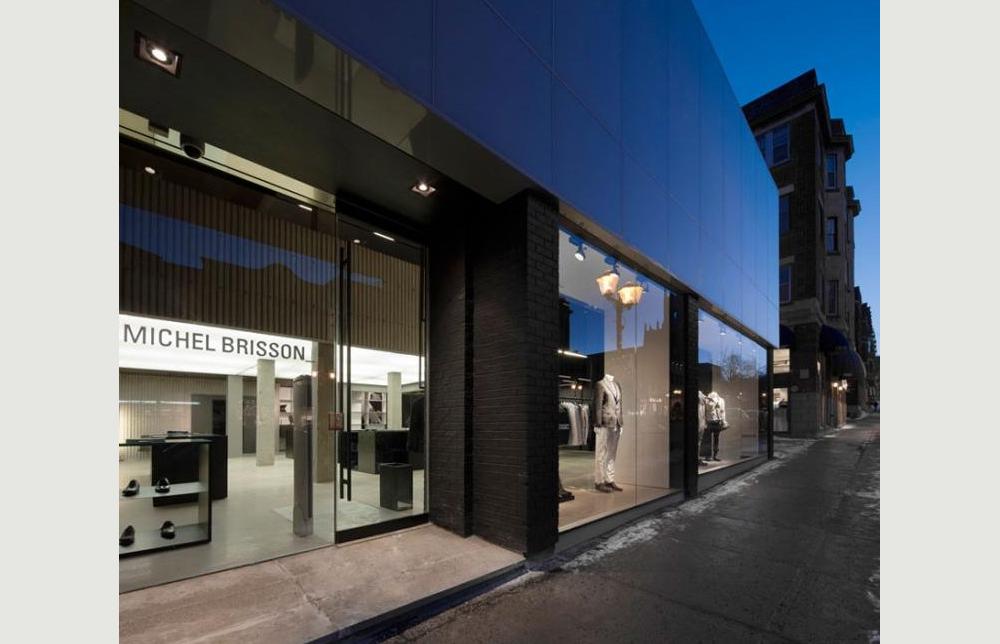 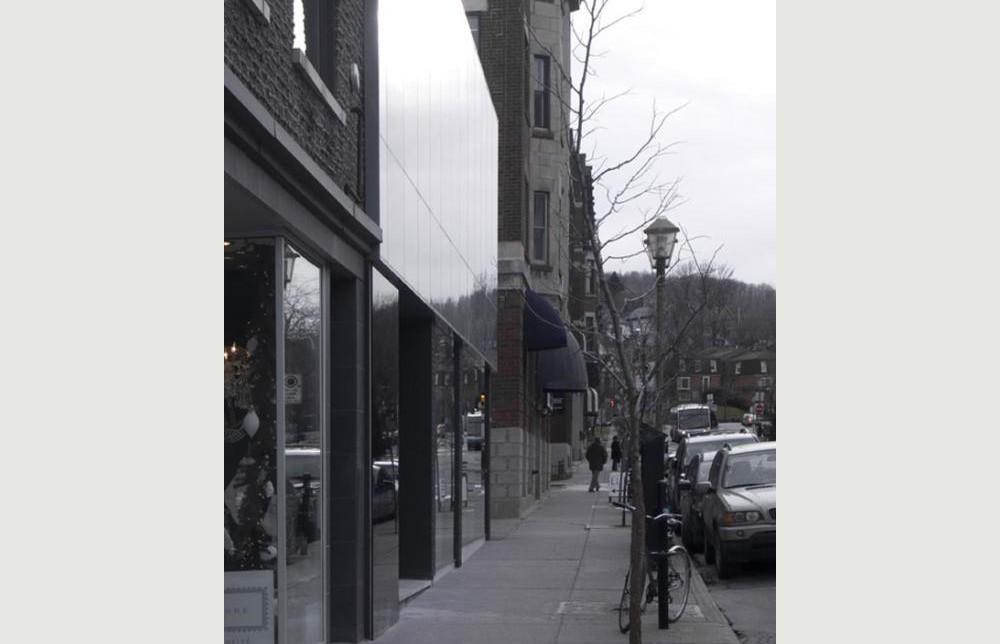 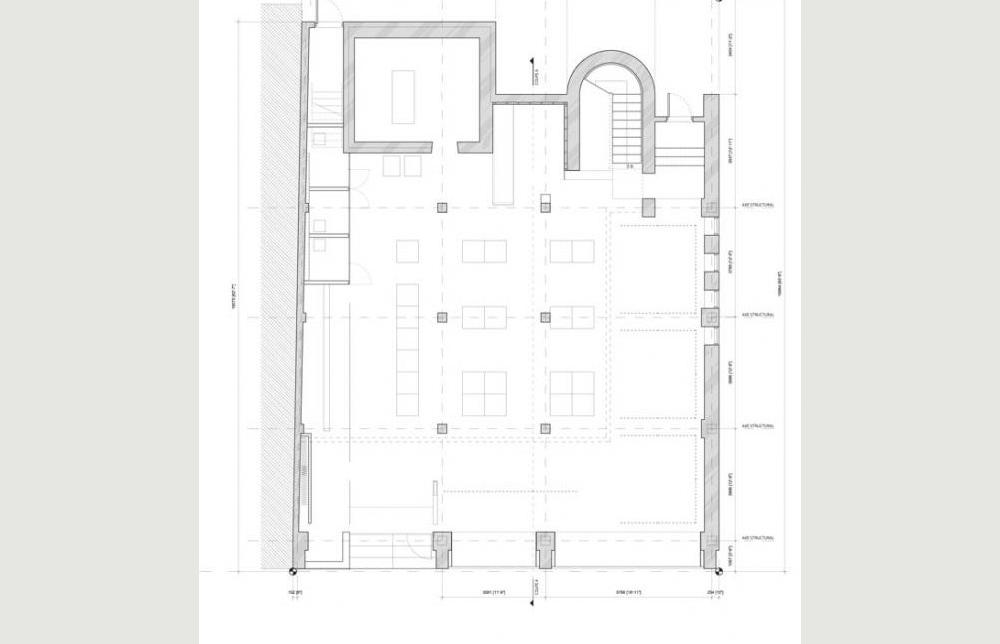 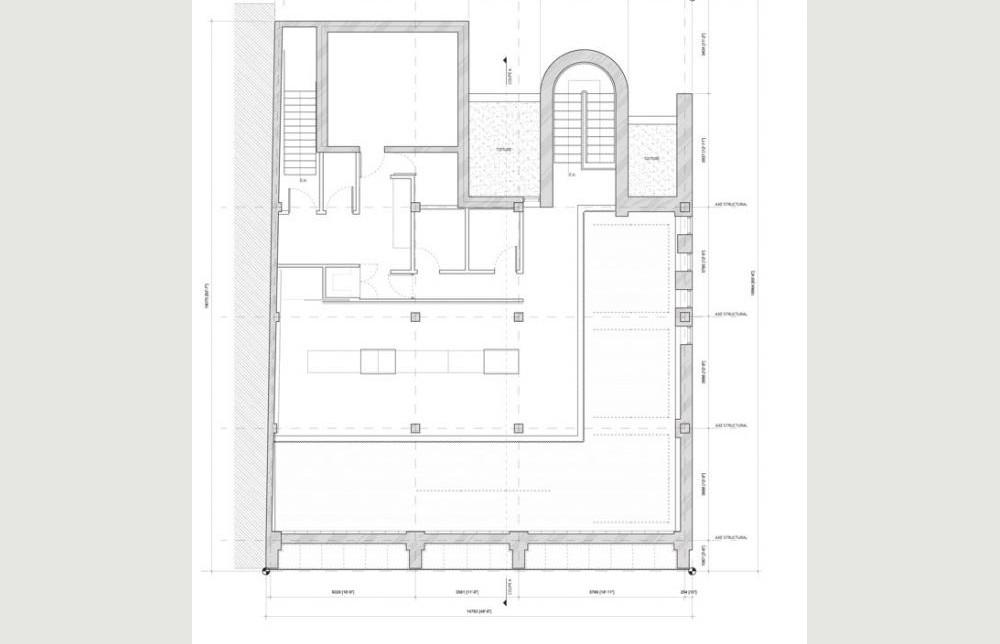 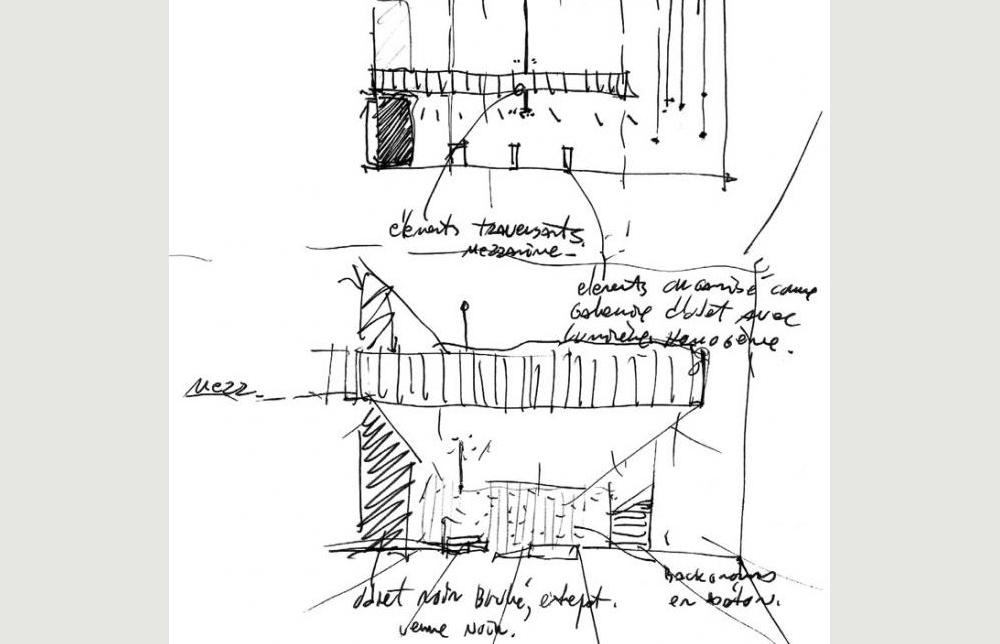 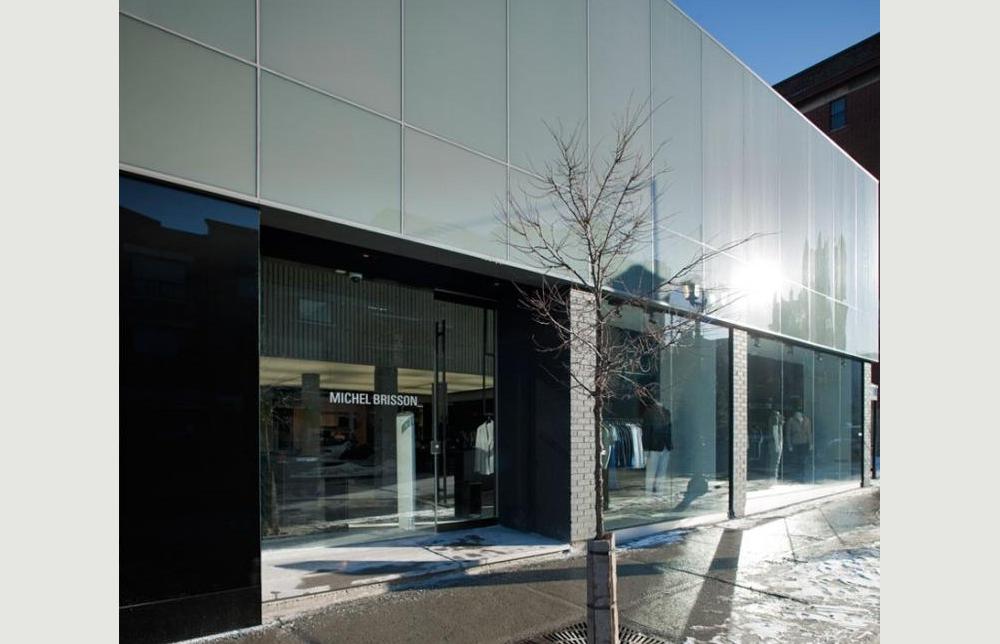 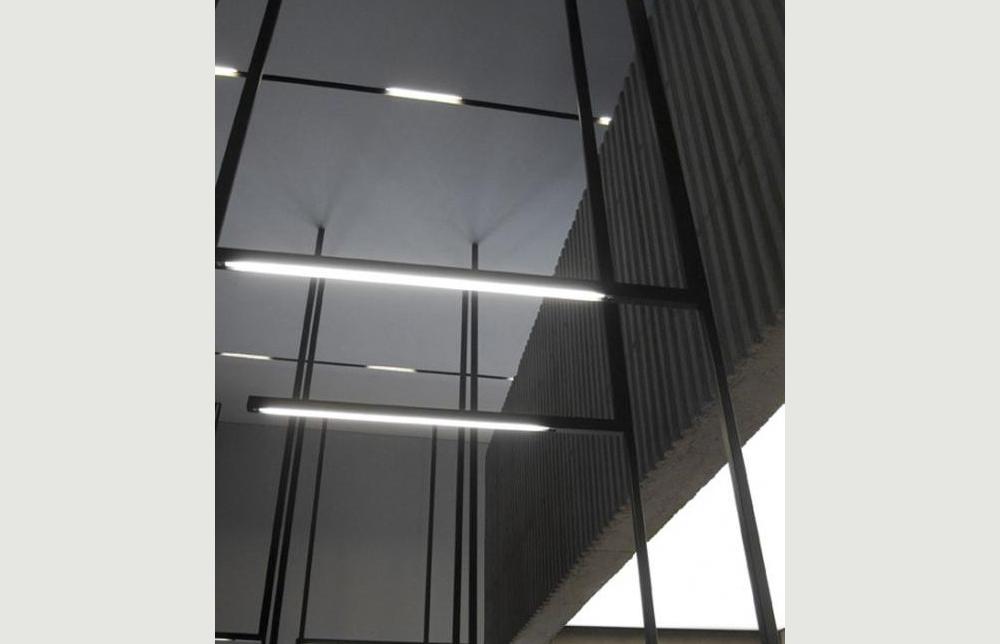 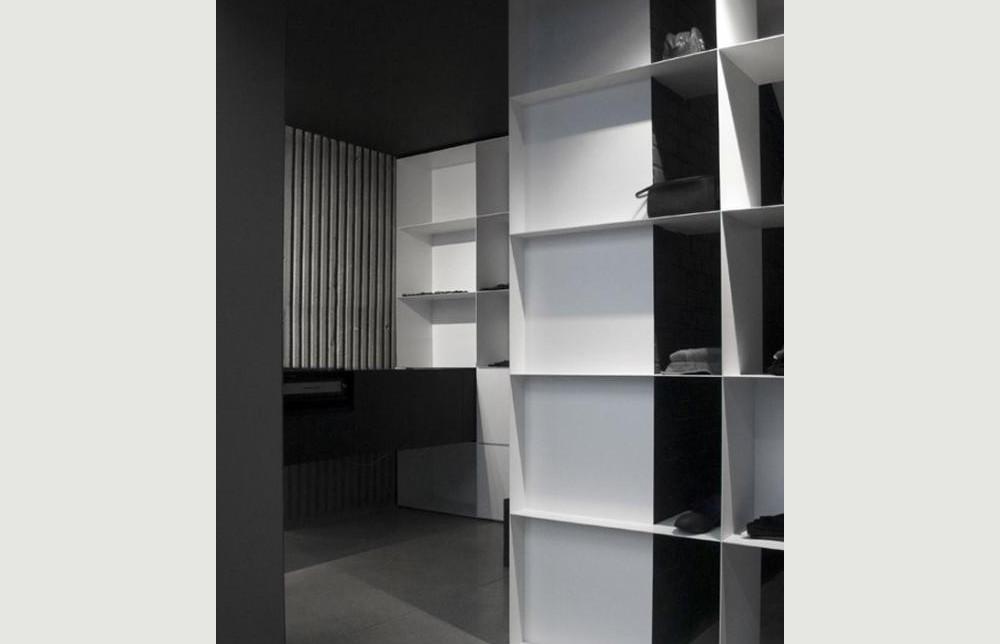 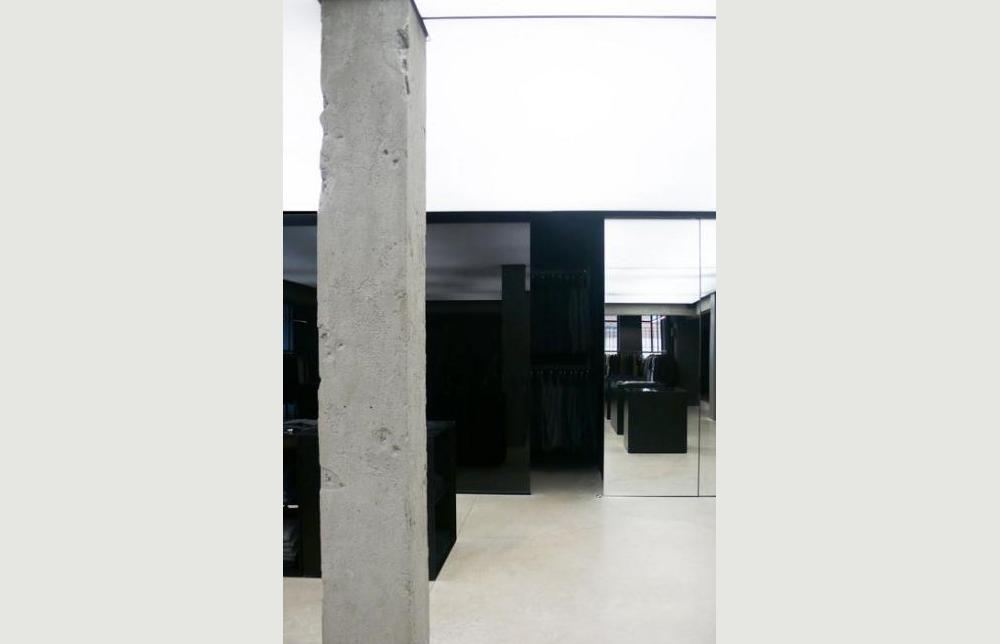 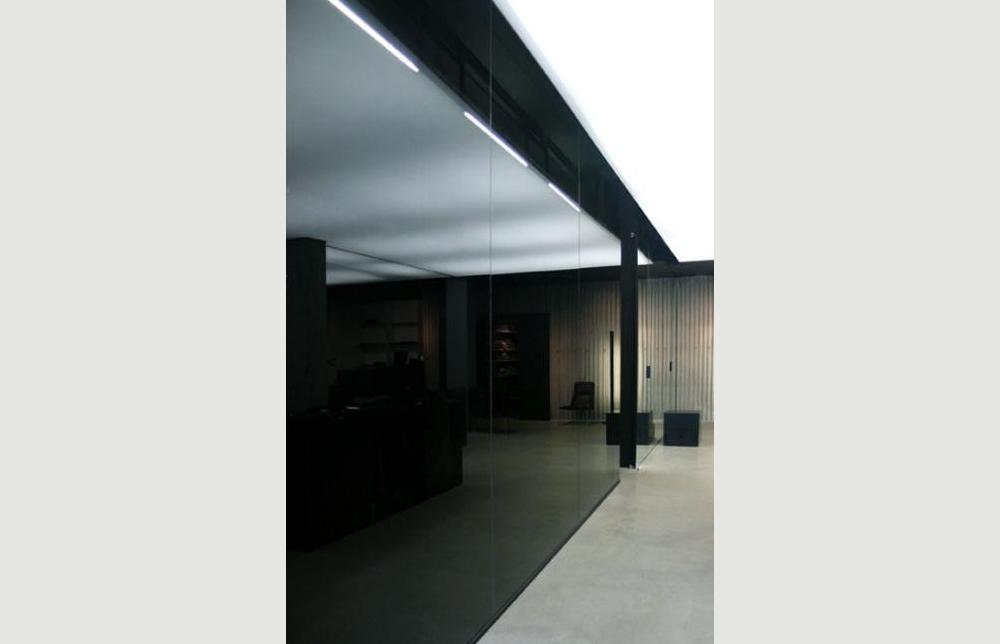 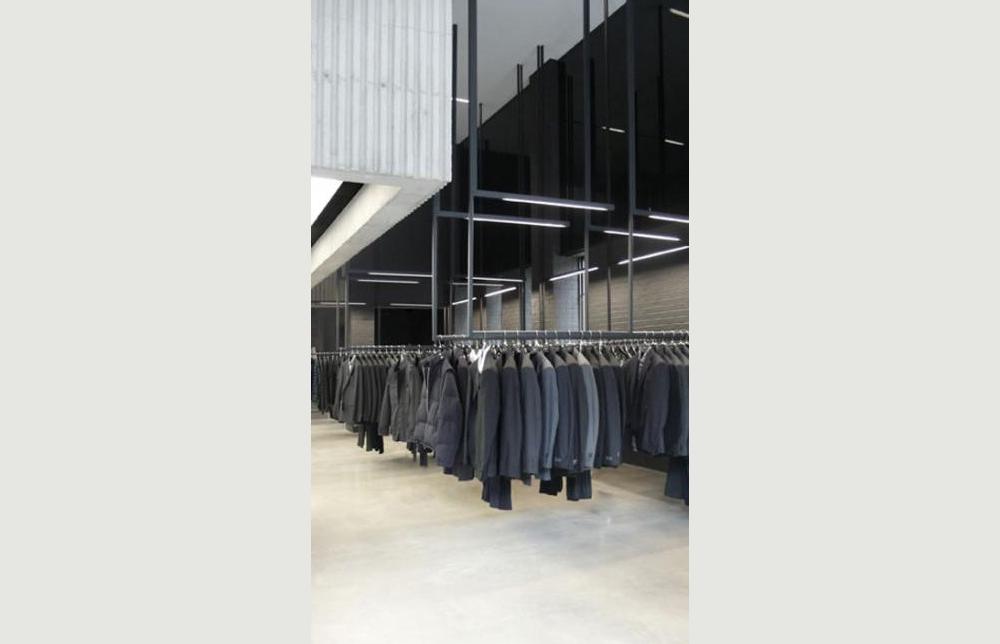 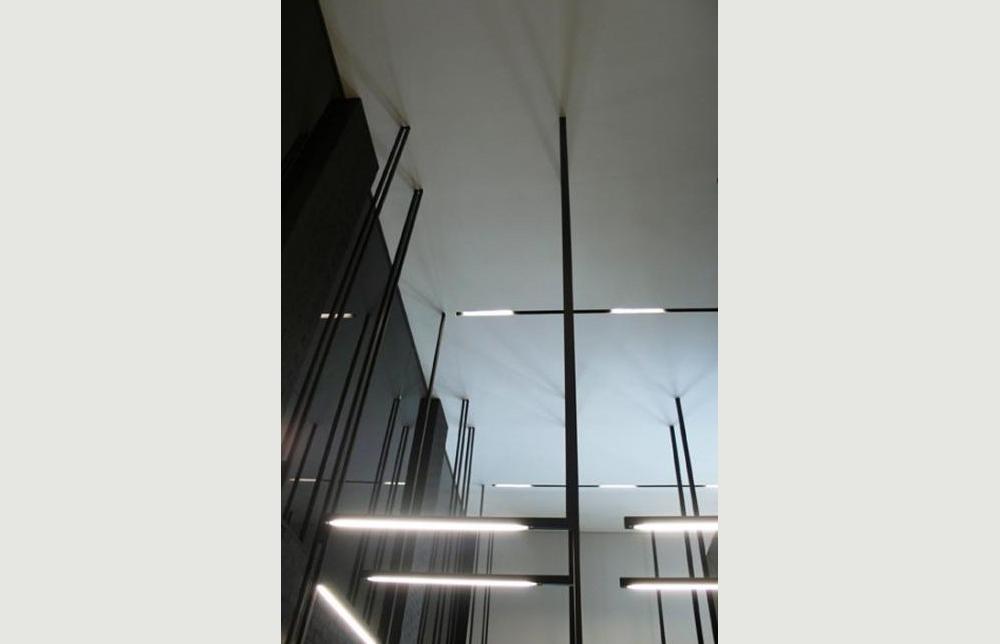 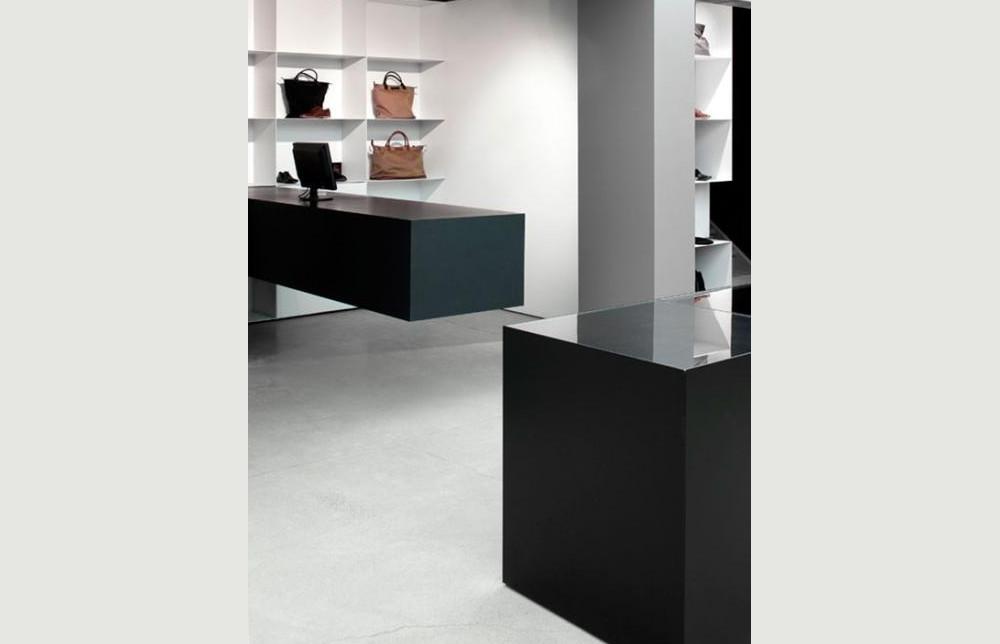 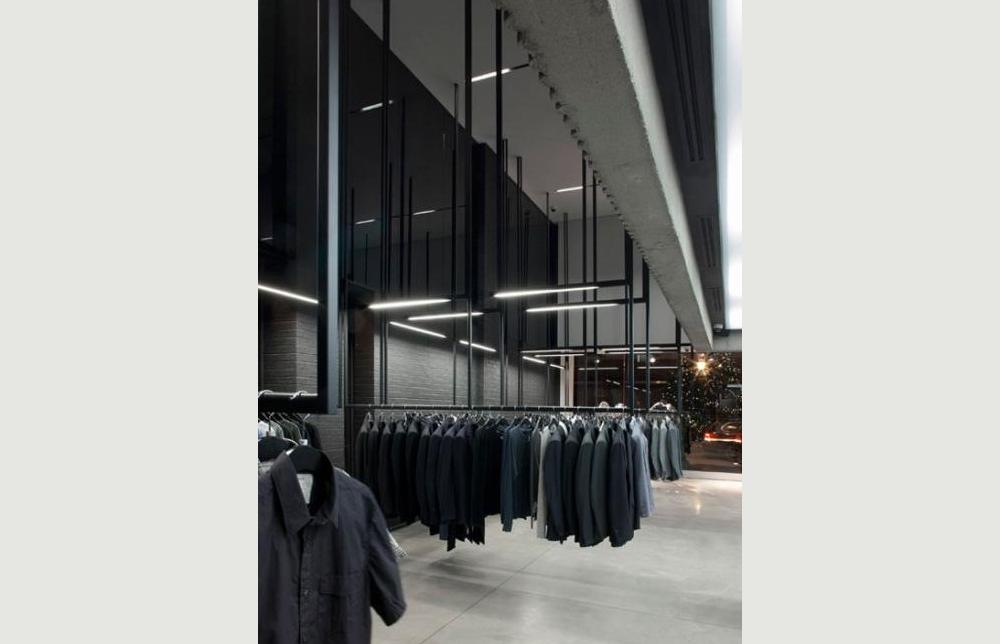 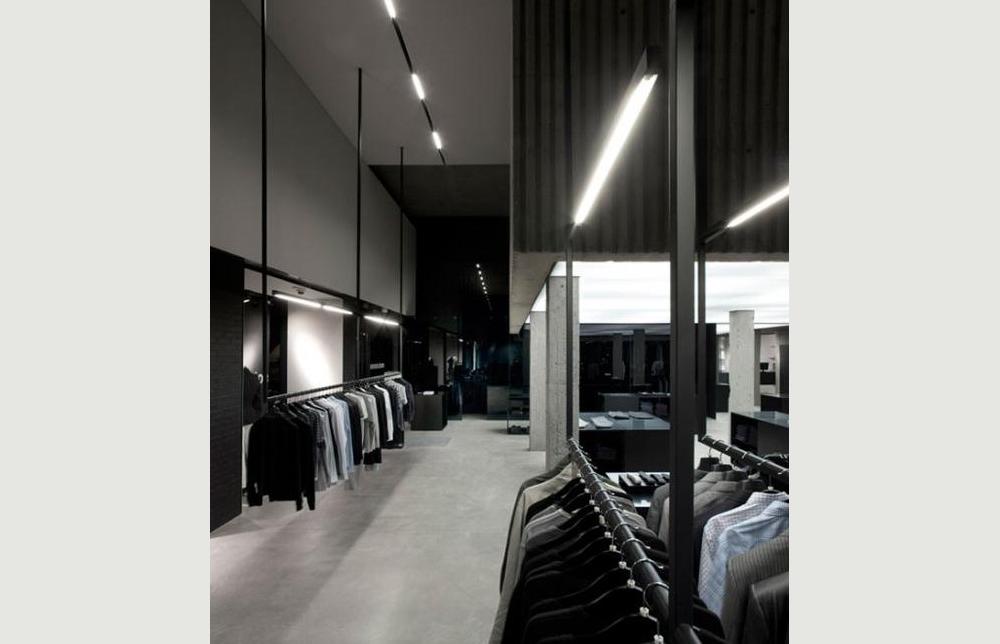 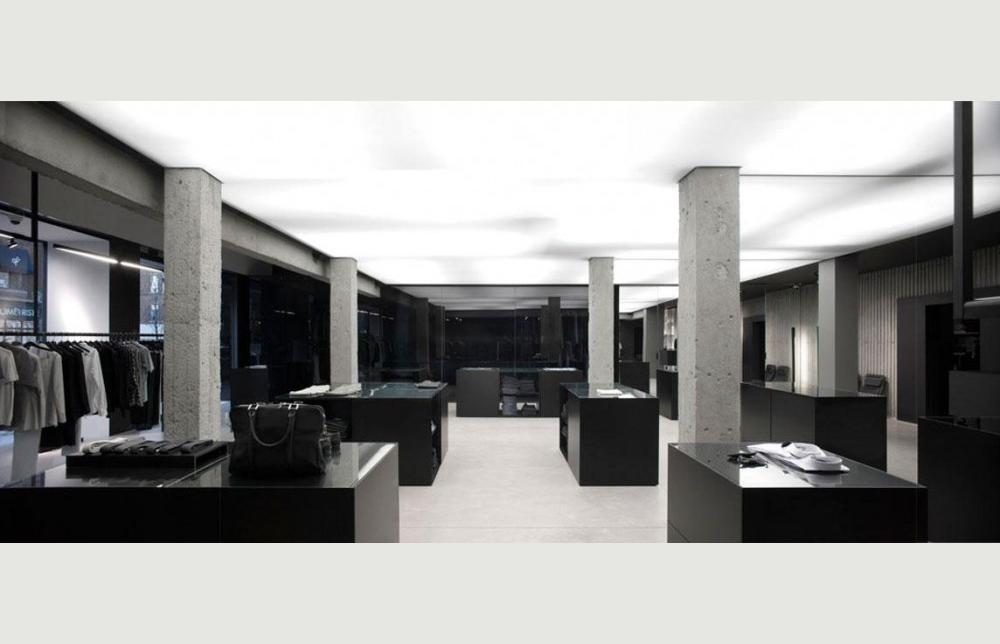 To transform this seventies era, modern heritage building (formerly a National Bank) into a new space dedicated to contemporary fashion, the first step taken by the architects was to simplify the overall structure, which had been subjected over the years to a series of additions and renovations. The building’s interior was thus stripped to its original brutalist structure, which revealed itself to be surprisingly striking. The sculpted, corrugated concrete of the vault and mezzanine, the structural supports, and the original exterior brick together became the mineral shell from which the project took shape.