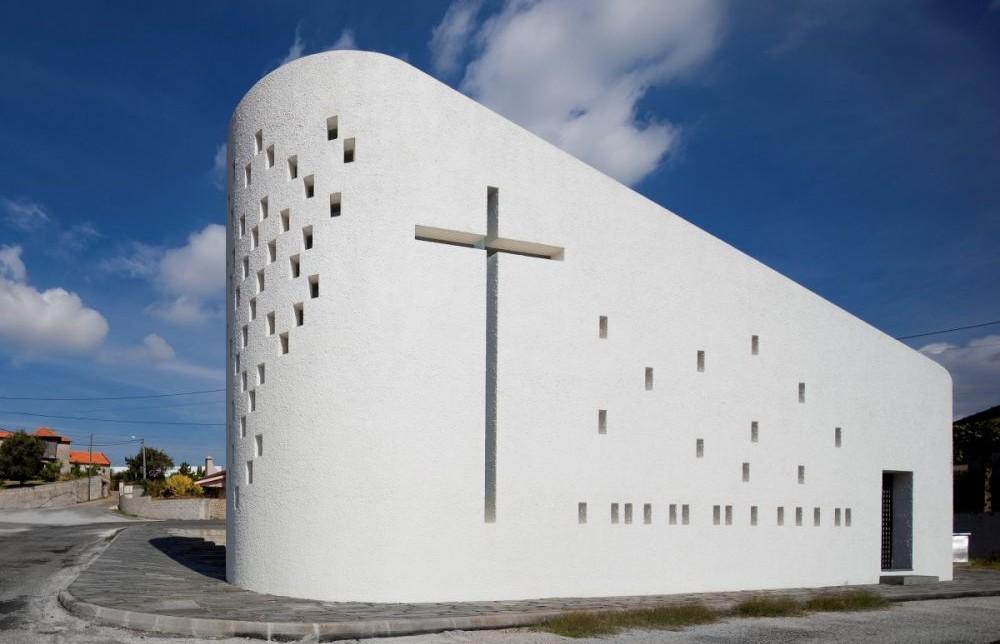 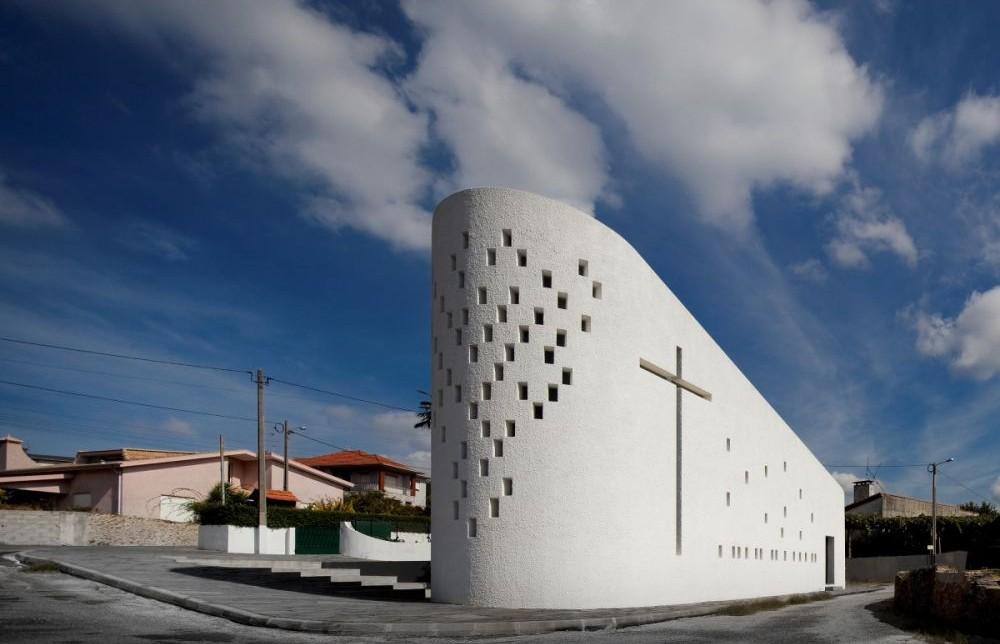 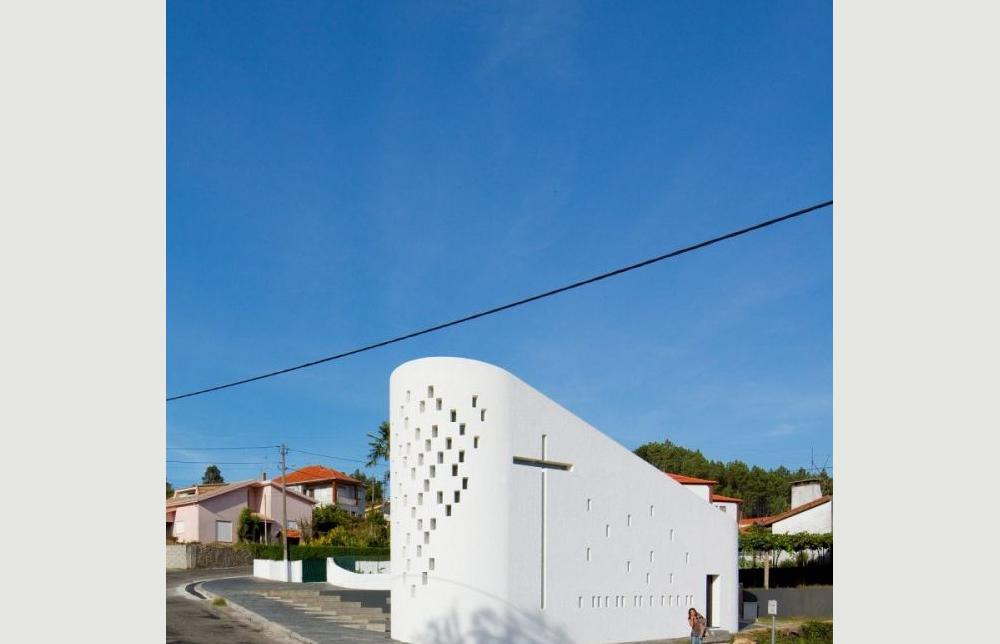 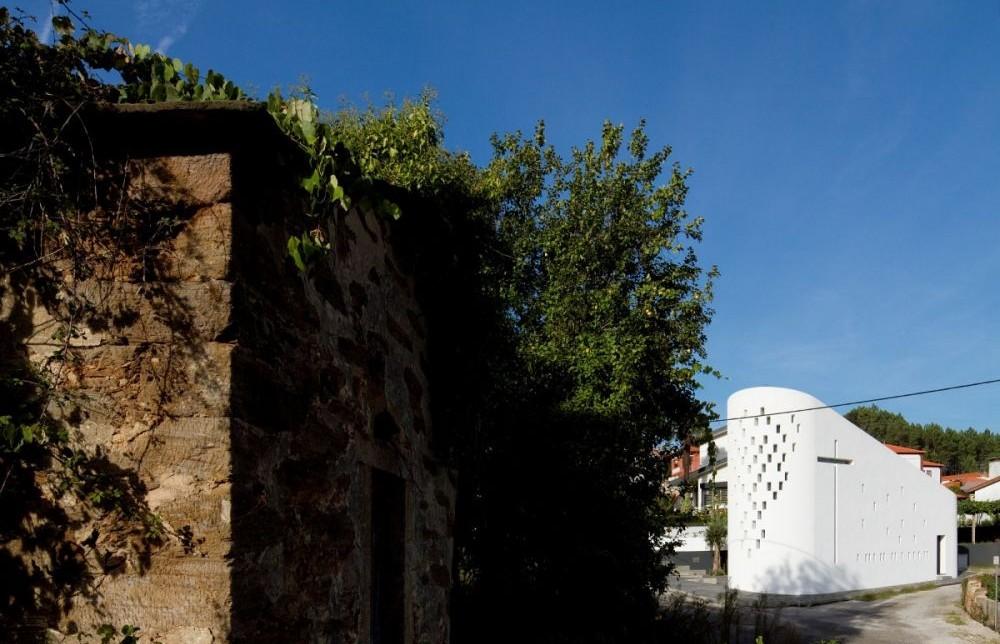 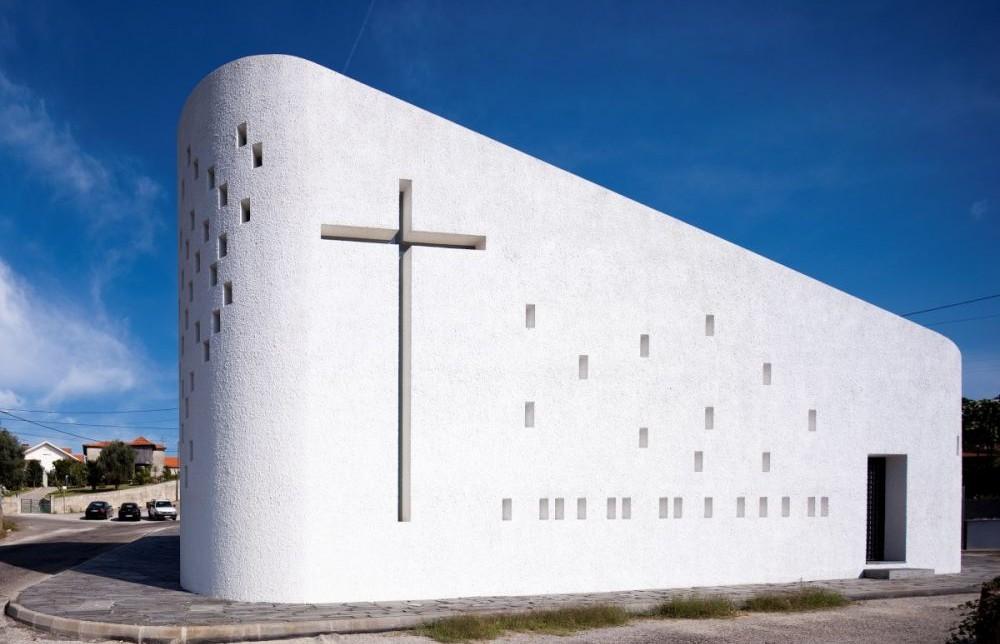 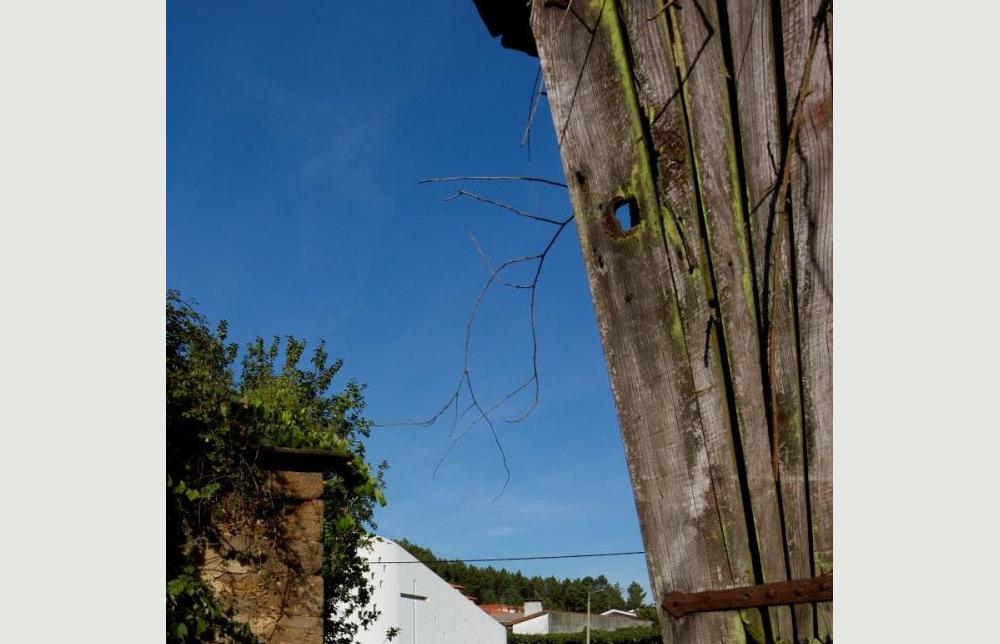 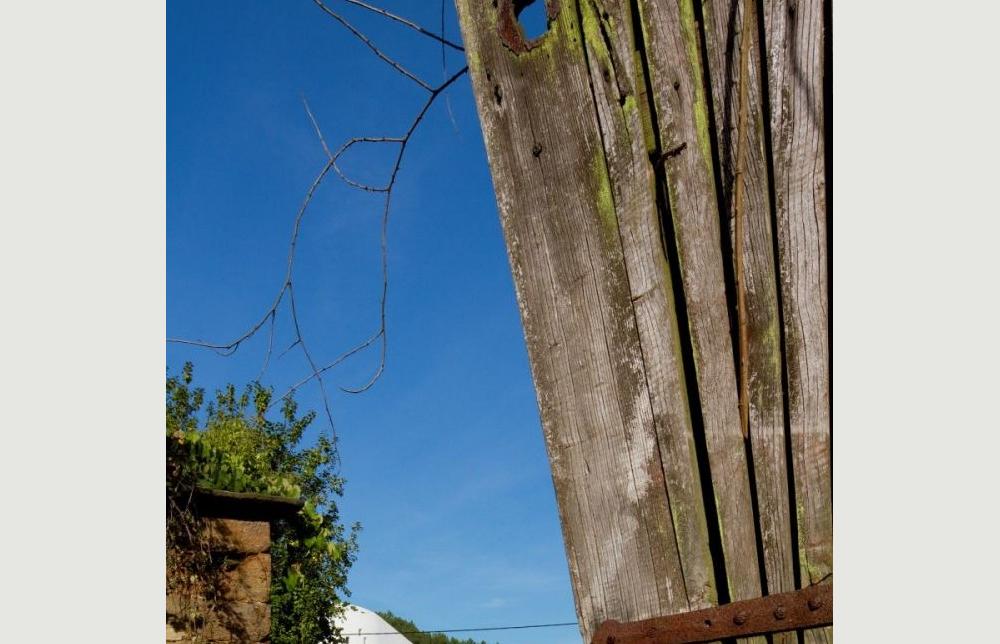 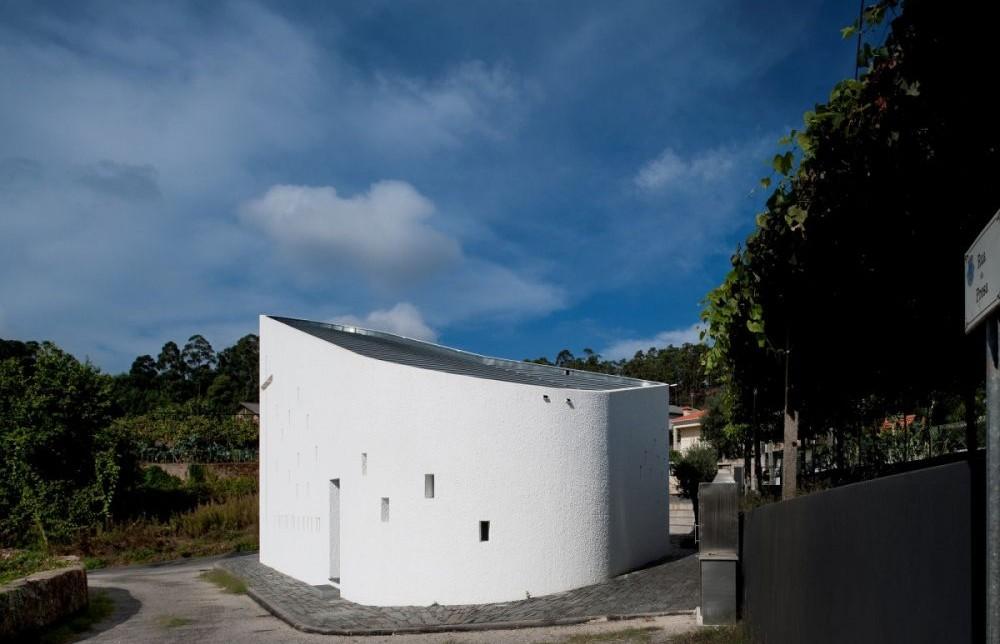 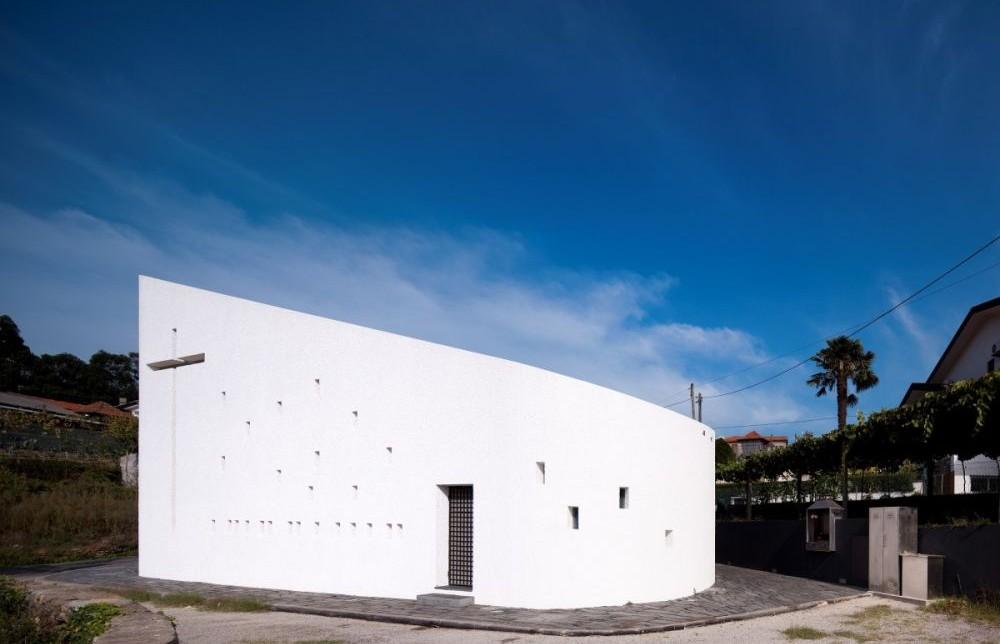 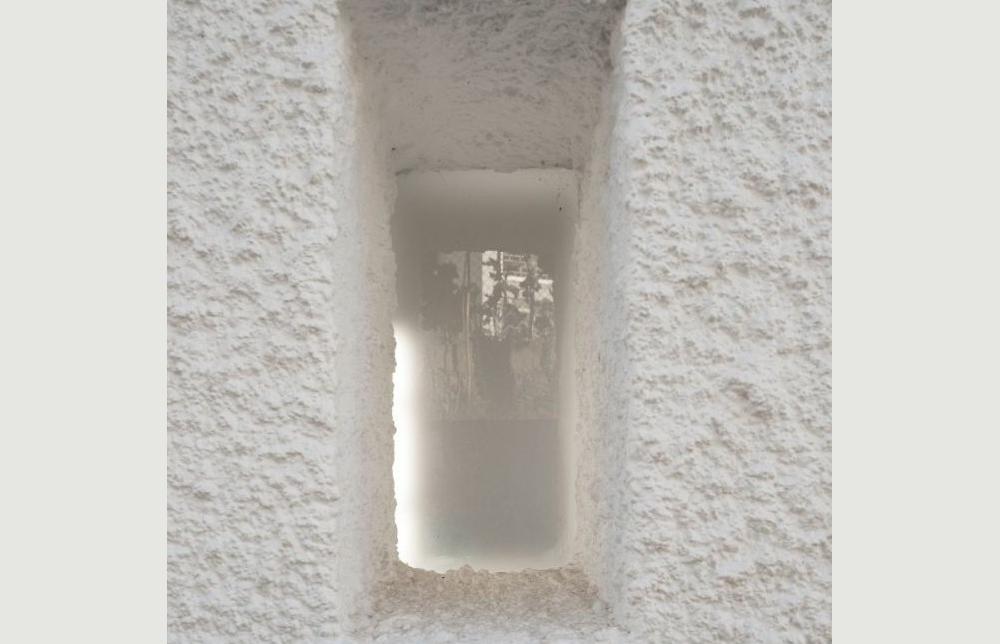 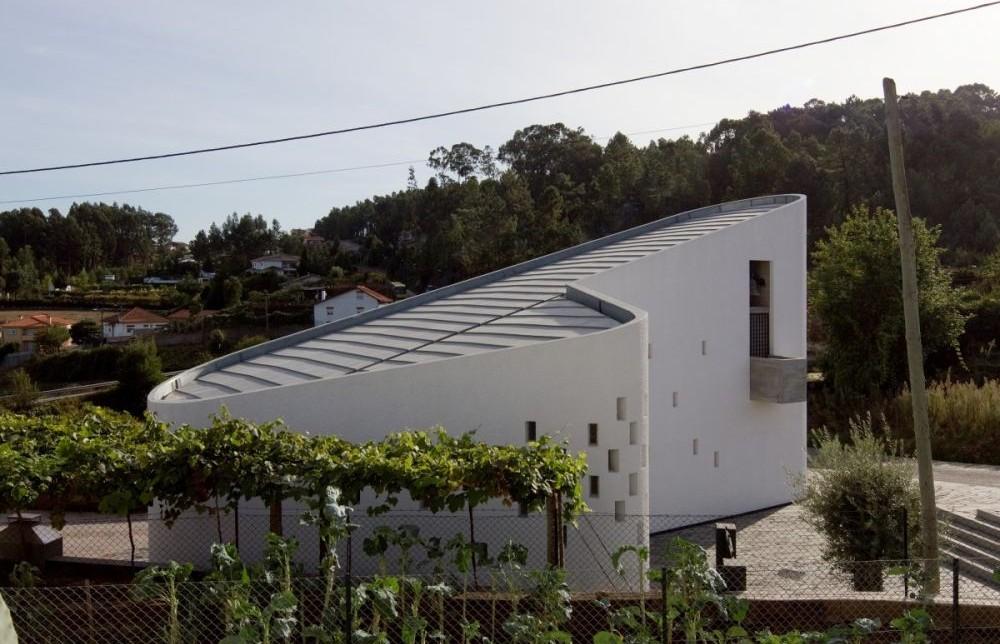 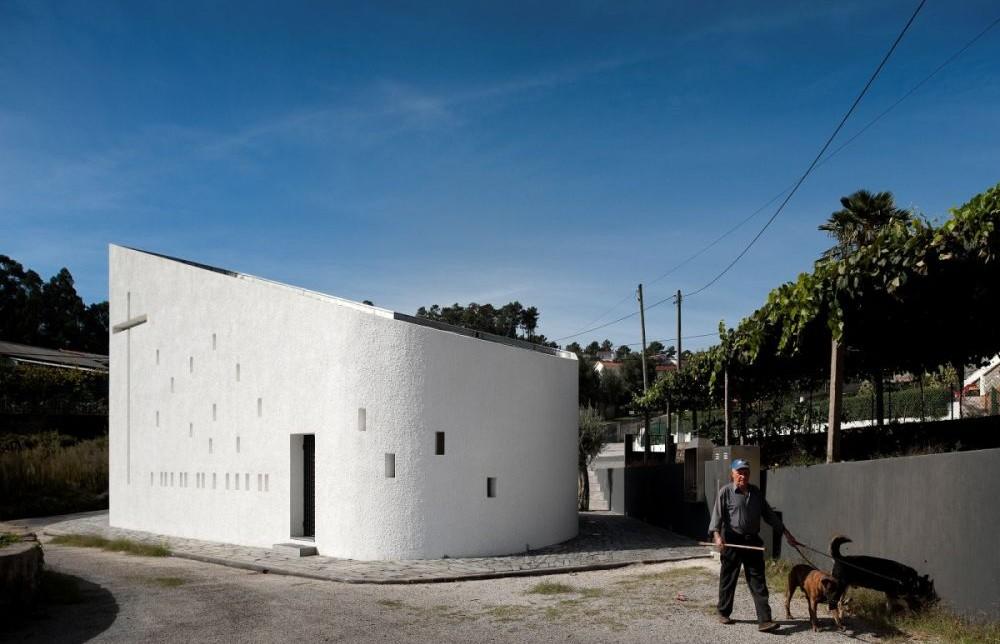 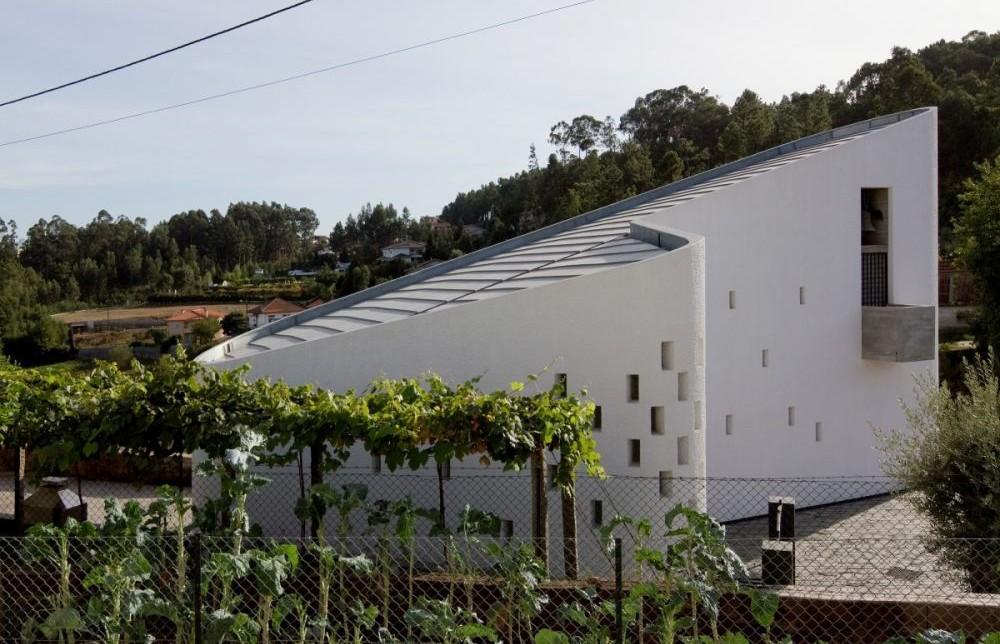 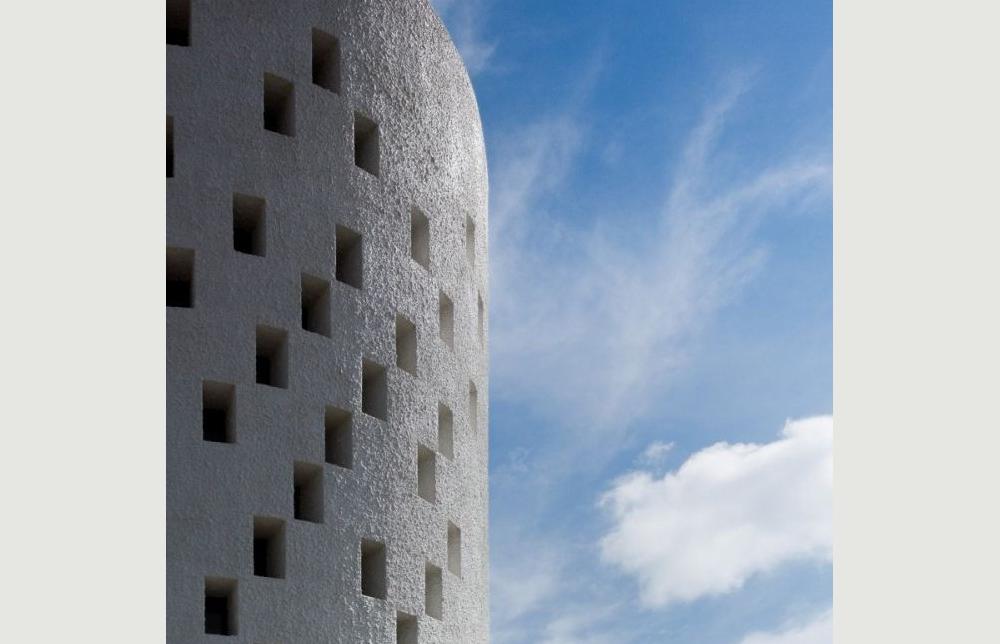 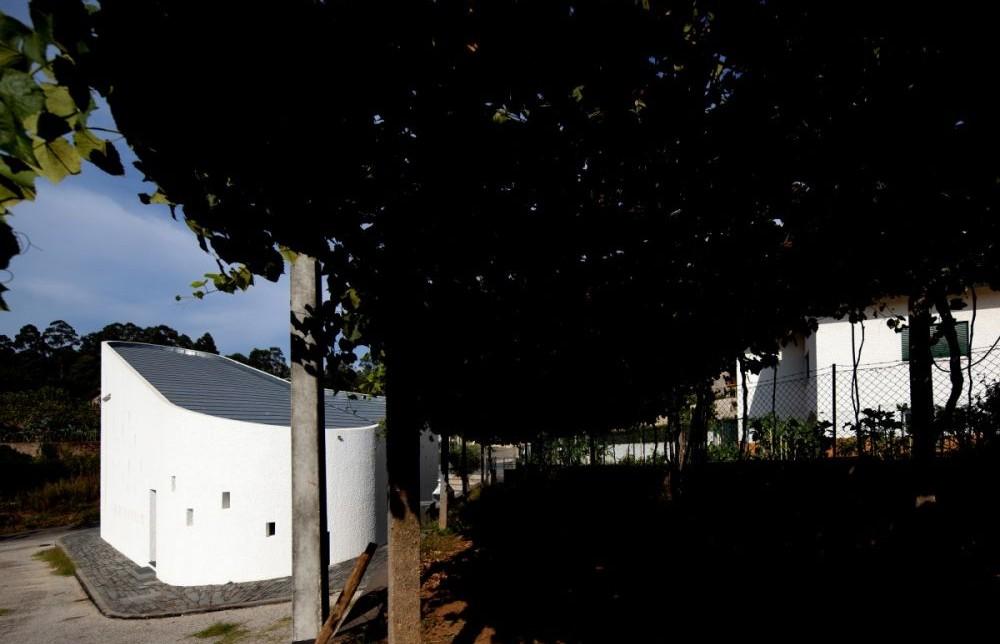 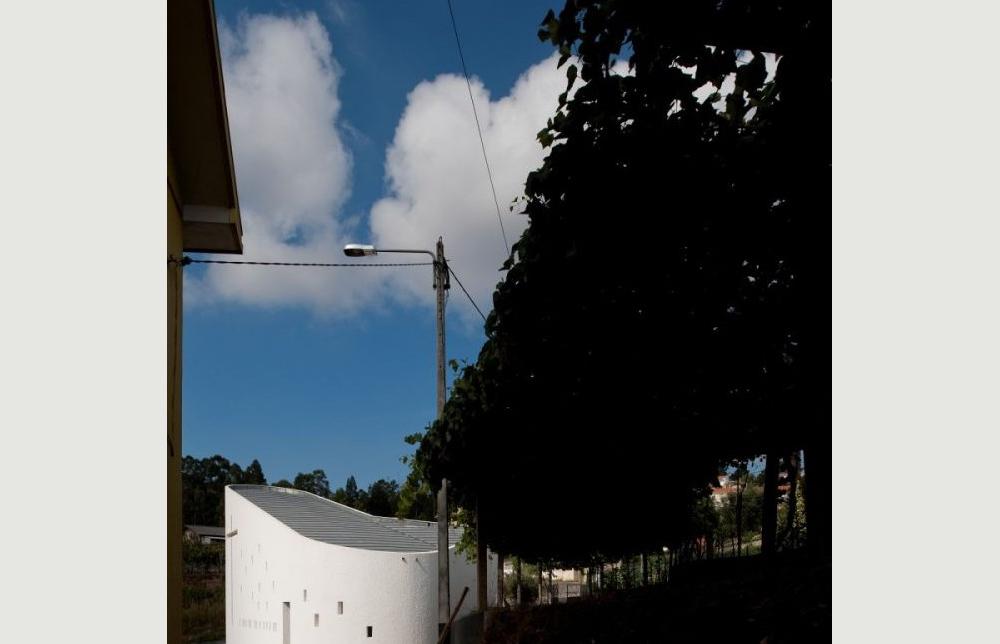 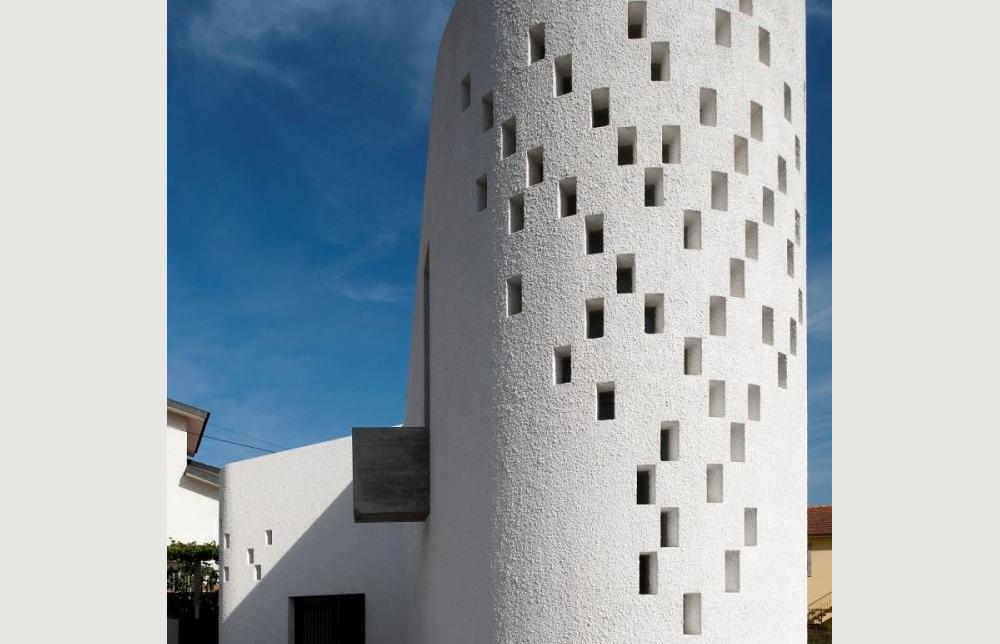 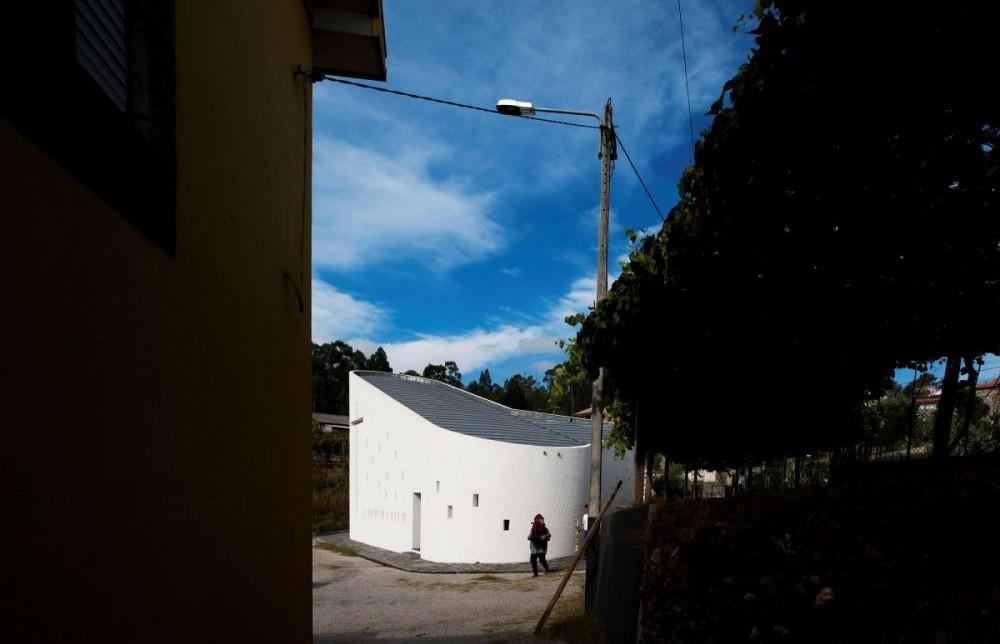 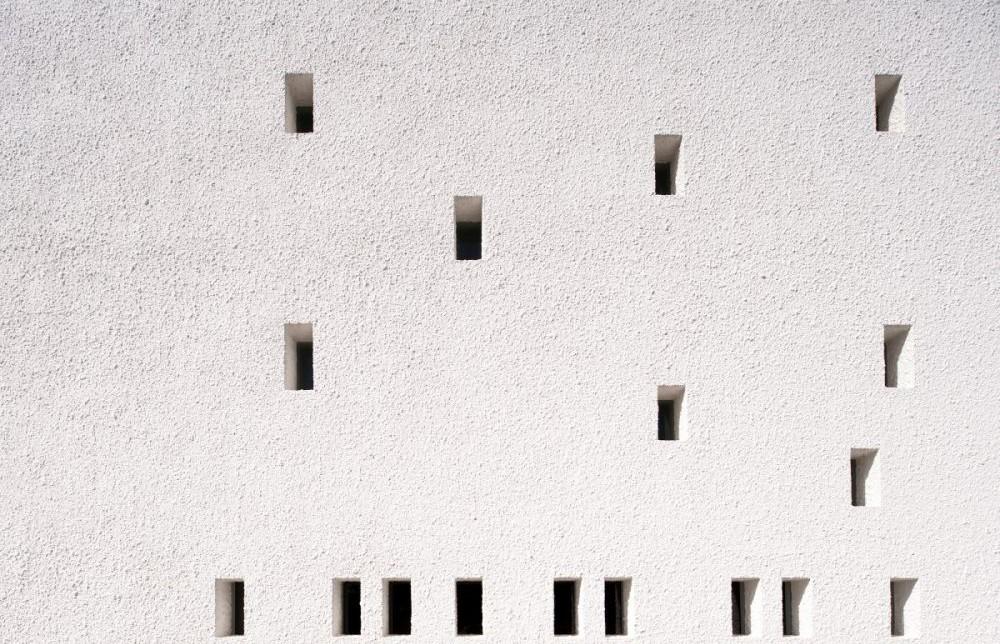 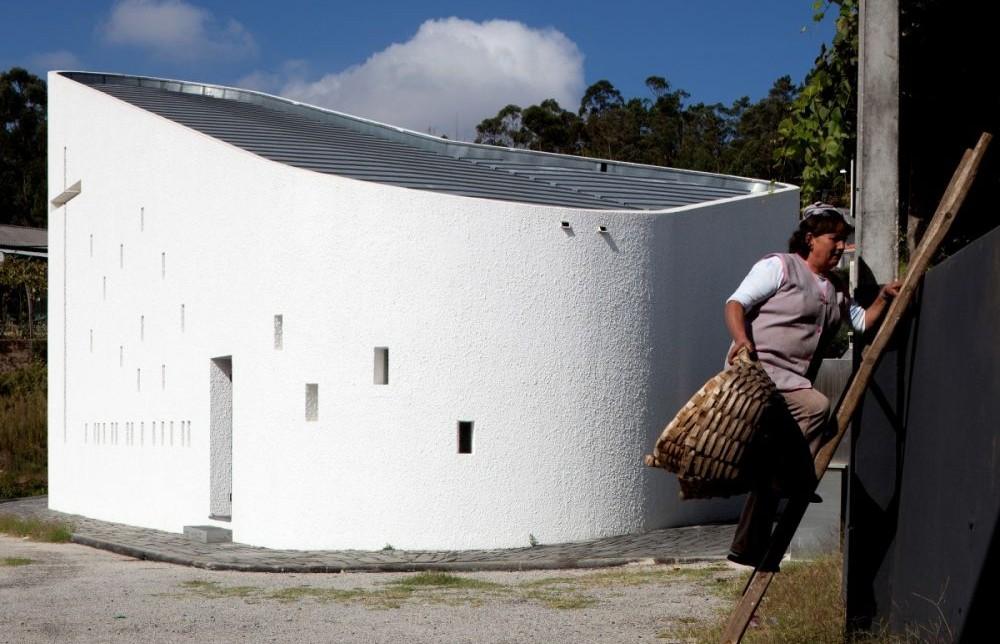 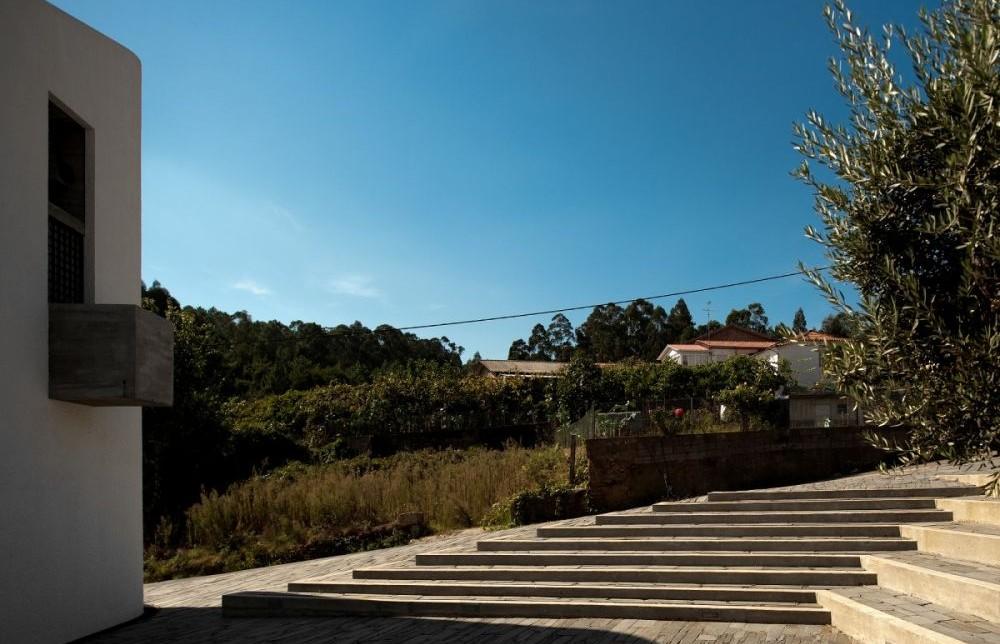 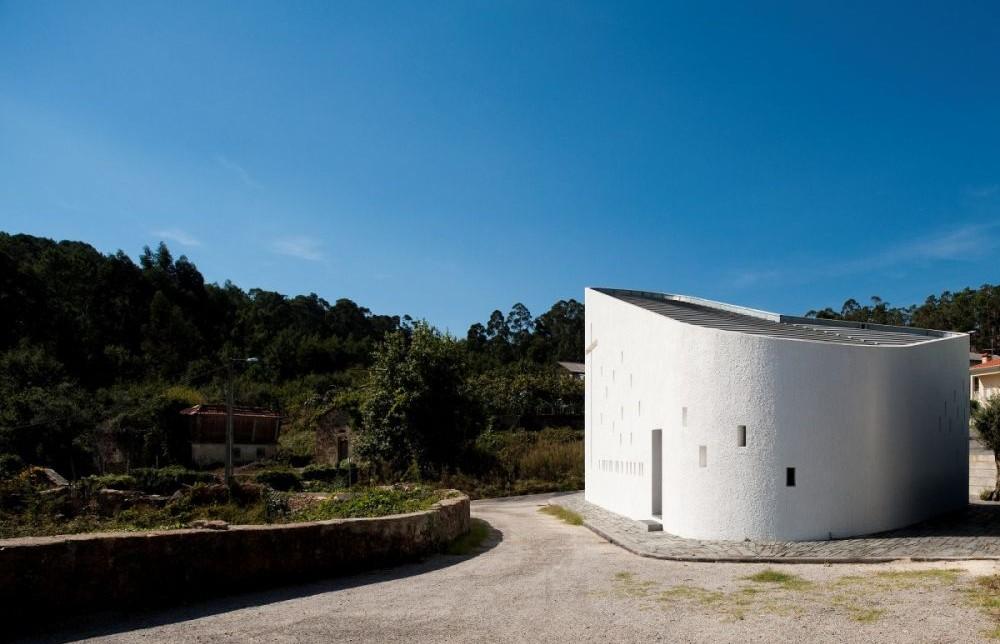 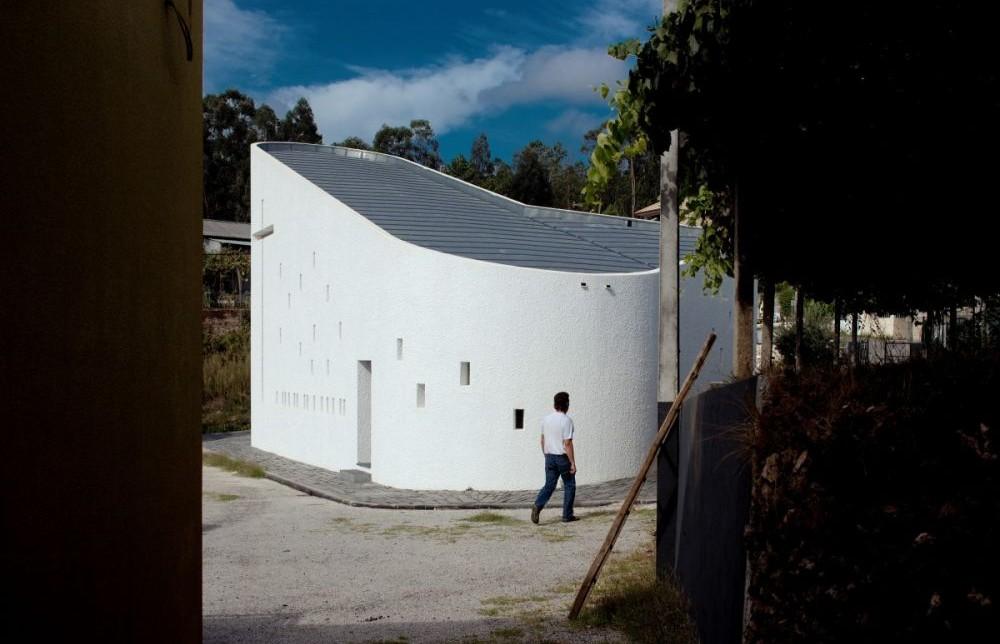 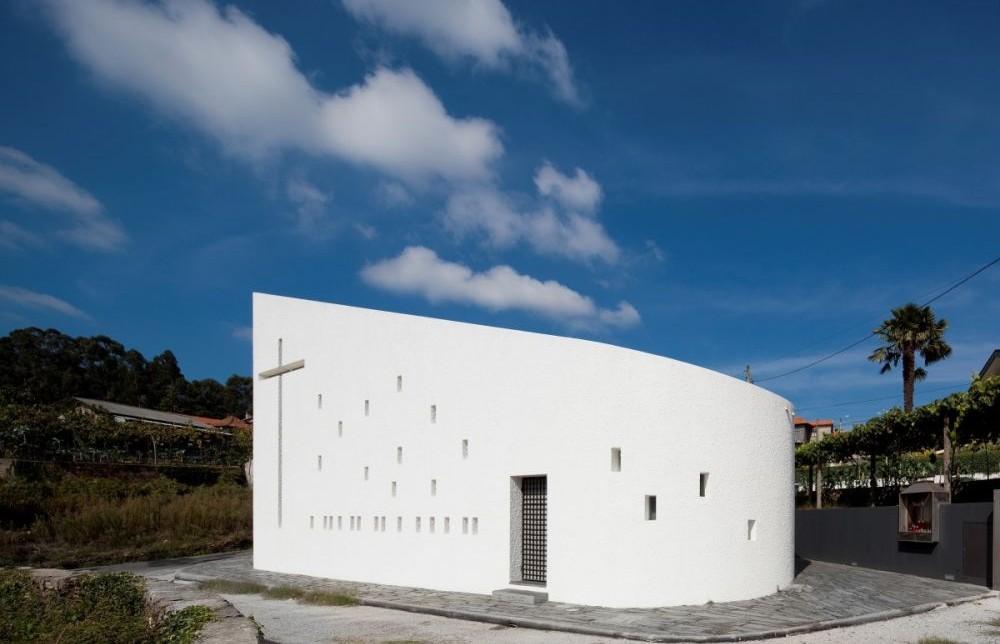 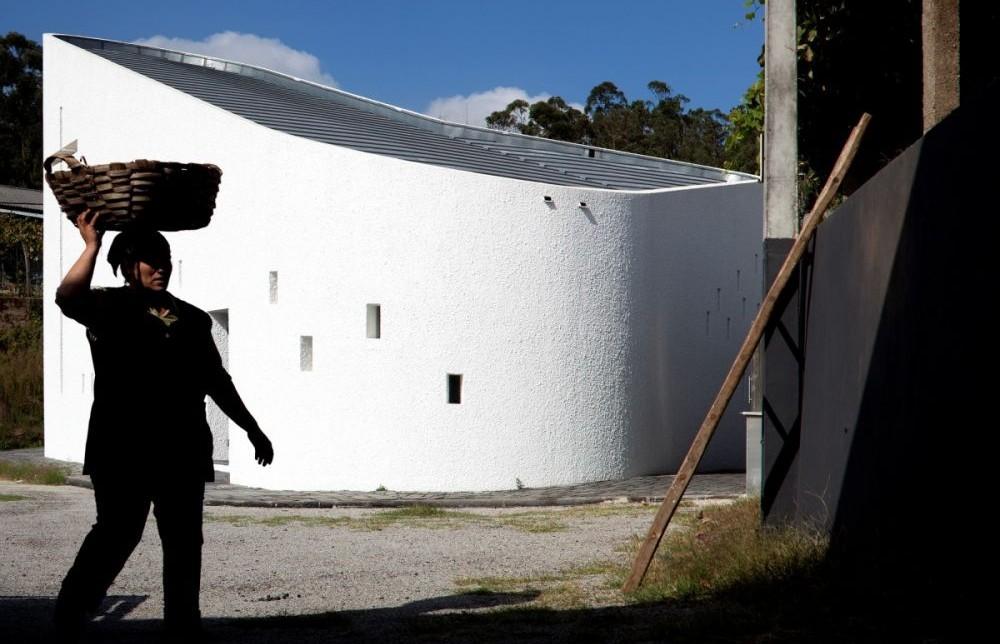 In the beginning of the year 2009 we were commissioned the Project of a Chapel honoring Santa Ana, in a small, triangular piece of land, in Sousanil, Santa Maria da Feira.

Visiting the site, we noticed that the given location of the Chapel was in the intersection of five streets/roads, and at the bottom corner of an ascending topography. We noticed also that this topographic condition was the perfect “stage” for celebrating Santa Ana’s festivities, occurring in July 26th every year, as locals already do.

The amphitheatre shape of the site, allows exterior mass celebration were everyone has optimal visibility conditions, promoting their participation in the ceremonies.

This circumstance was the leading key for the entire project. The building to develop would materialize the edification of the bottom edge of this spontaneous sanctuary, improving the conditions for celebration along with the creation of a singular building capable of housing Santa Ana’s devotion.

In mind, two major built references:
– São Pedro das Águias Church in Tabuaço, Viseu, Portugal;
– Notre Damme du Haut, Le Corbusier’s building at Ronchamp.
The São Pedro das Águias Church is a small singular Romanic building of the XII Century, built next to the Távora river, in a granitic slope.
Its dimension, and close relation to topography and surroundings, teaches us that spatial qualities do not depend on size, instead they rely on integration ability, reacting to surroundings to generate unique and singular spaces.

Notre Damme du Haut, is an reference in the recent Architectural History, and we read it as an iconic building that spots the landscape, making use of sculptural forms, and rough materials and finishes, with well measured limitation to light entrance.

It is also inspiring the relationship with the exterior space. Mass celebrations took place outside the building, which is in fact, the main reason for the organic shape of its walls – acoustics, sound propagation.

The triangular ground given to Santa Ana’s Chapel, suggested the creation of a L shaped building, allowing to organize the exterior space, and to dispose properly the inside building program.

It is developed in one level, varying only its height towards the altar and the head of the chapel.

It creates a Scenario to the outdoor mass celebration, and visually scores landscape, assuming, as befits a place of worship, as an exceptional building, creating a strong visual reference towards its surroundings.

The main entrance is oriented towards West. Entering, an “ante-chapel” where the image of Santa Ana is located, creating a space for worship and devotion on the first moment.

After, we reach the nave, with a capacity of about 30 people, with the altar in the background.

The aesthetic principles leading the design look for the magnification of the religious experience by working the largest source of religious and architectural inspiration, the light.

So, as São Pedro das Águias, the space is all closed, massive ascending walls punctuated with thin fenestrations.

This light control not only refers to São Pedro das Águias, where there are only seven of this windows, but also to Ronchamp’s interiors, where the distribution of fenestration creates the correct ambience to elevate visitor to a meditation and contemplation level.

The exterior space materializes the spontaneous amphitheatre as to accommodate audience in exterior celebrations. Looking at Notre Damme du Haut, we created a balcony under the bell and over the audience, becoming the only extension of the building towards its exterior – an almost sculptural moment.

Santa Ana’s chapel is the result of some people’s strong will to build a place for devotion that is able to gather together people around a place, connecting history and present, serving its religious purpose, and, most of all, serving urban enhancement and social cohesion.